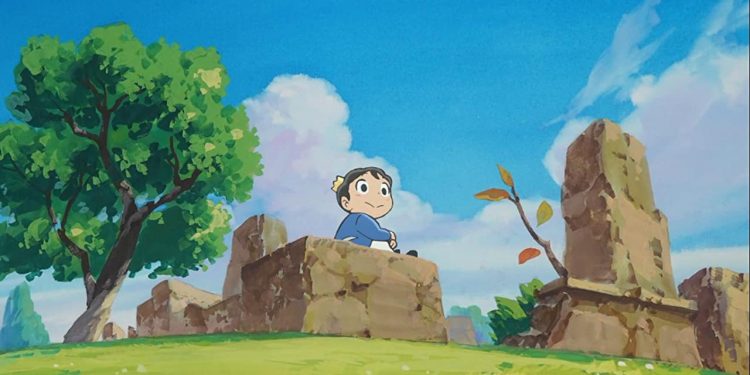 Ousama Ranking is also known as Ranking of Kings, and the story revolves around Bojji. Bojji is the protagonist of the anime series. Bojji is a prince who cannot hear anything. And he always wants to become a good king so that he can help others. Unlike his father, he is powerless, and still, he wants to reign as a real king, and he is ready to prove himself as a worthy king.

After watching Ranking of Kings, fans like me always search for the best list of anime similar to their respective interests in anime. So, here’s the best list for you, which you can watch anytime from anywhere. The best part about all these anime is – character and development of personality in the series. The way they start their journey and the way they end their journey always feels like a development of a weak character to a strong character. The anime we will mention here will have similarities and dissimilarities to Ousama Ranking. Regardless, they are all a great watch which one would not regret investing their time in. Ranking of Kings is one of the best anime because it has a vibe of innocence and honesty in the eyes of Bojji.

If you are looking for an anime like Ousama Ranking, then this anime is a good option for you. The anime covers all the genres similar to Ousama Ranking, like adventure, mystery, drama, and fantasy. And using a central character like Riko also makes a big similarity between these two anime.

This is the story of a little girl whose name is Riko, and her dreams are so simple, like every child likes to dream. She wants to become a Delver like her parents and wants to follow their path as a Delver. Riko lives in a city called Orth, and this city is almost near the end of the Abyss. Riko, during her exploration, discovers a robot, and he looks exactly similar to a human boy. Then Riko and that robot boy become good friends and start to solve the mystery behind the Abyss. Their journey and the time they spend enjoying life as a Delver is a plus point of this anime.

This is a story of a high school student whose name is Chise Hatori. As the main character, she looks original with the way she looks around the world. After being rejected by her relatives and society, Chise decides to give herself to the one who understands her. And that person she gives herself is Elias Ainsworth. He is also the main character like Chise. After being sold to Elias, her new journey has begun, and now she has a light of life and a shadow of death. This series tries to cover the underrated Elias Ainsworth, who is trying to prove himself as a good person. The development of the main character throughout the series is the same as the Ranking of Kings. And if you like Ranking of Kings, then you will definitely like this anime.

If you are still searching for anime like Ousama Ranking, then this one is also a good option. Covering similar genres like action and adventure and also a story of a child who can not hear like Bojji will give you the same vibes as Ranking of Kings.

The story revolves around the main protagonist, Hyakkimaru, and how he develops into a perfect being. You can see all of that in Dororo. Hyakkimaru’s father is a samurai who wanted to save his homeland, and for this, he needed more powers. So, he prayed a lot, and 12 demons accepted his prayer, as a result of which Hyakkimaru was sacrificed. This sacrifice led to him having no face or limbs, and even any of the sensory organs. And this is all happened because of Daigo Kagemitsu’s selfish desire.

Now, Hyakkimaru has no eyes, no ears, no nose, nothing, but still, he wants to live like a normal child. And as a character, his development throughout the series is exactly similar to Ranking of Kings. They both show a struggling phase and a weak point of a person who can not hear others’ voices. After meeting with Dororo, his life becomes more beautiful, and his journey looks extraordinarily pure. Dororo and Ranking of Kings have no similarities in terms of narration. But the way the main character develops without having the capability of hearing voice shows some similarities between Ranking of Kings and Dororo.

Now, it’s time to go back to 2016, where an anime series, Mob Psycho 100, premiered. One of the best things is that if you ever watched One Punch Man, then it’s good for you. The concept of art looks exactly similar to One Punch Man. Mob Psycho 100 covers similar genres to Ranking of Kings, like action and a slice of life.

This is a story of a middle school boy, Shigeo Kageyama. He is a main character of the series, and he got a cool nickname ‘Mob’ because of a lack of interest in the presence of others. Shigeo has immense psychic powers, which make him a powerful person. He wants to live a normal life like others, but because of his powers, he does not feel like a normal boy who can feel emotions. His struggle and his development from start to end give the same vibes as Ranking of Kings. And because of dissimilarity in powers makes both the anime exactly opposite to each other.

A Silence Voice is one of the best options when it comes to searching an anime like Ousama Ranking. The main character of the movie, Shouko Nishimiya, has the same problem as Bojji. Shouko Nishimiya can not hear anything, but still, she believes in normal life like Bojji.

The story revolves around Shouya Ishida and how he develops a burden in his life. Because of bullying Shouko Nishimiya, Shouya feels ill-spirited. Shouko was his classmate when they were in elementary school. Now, Shouya Ishida wants to kill himself so that he can feel free from this despair. He always feels like he did the worst thing with Shouko. He wants to say sorry for all the things he did with her. A story like this anime has no relation with Ranking of Kings. But the similarity in characters’ physical personalities and how they develop themself in their ways makes a perfect match for anime like Ousama Ranking. A Silence Voice gives you a vibe of struggle from start to end and some oriented background. You will love it.

Who Does Rangiku Matsumoto End Up With In Bleach Anime & Manga?