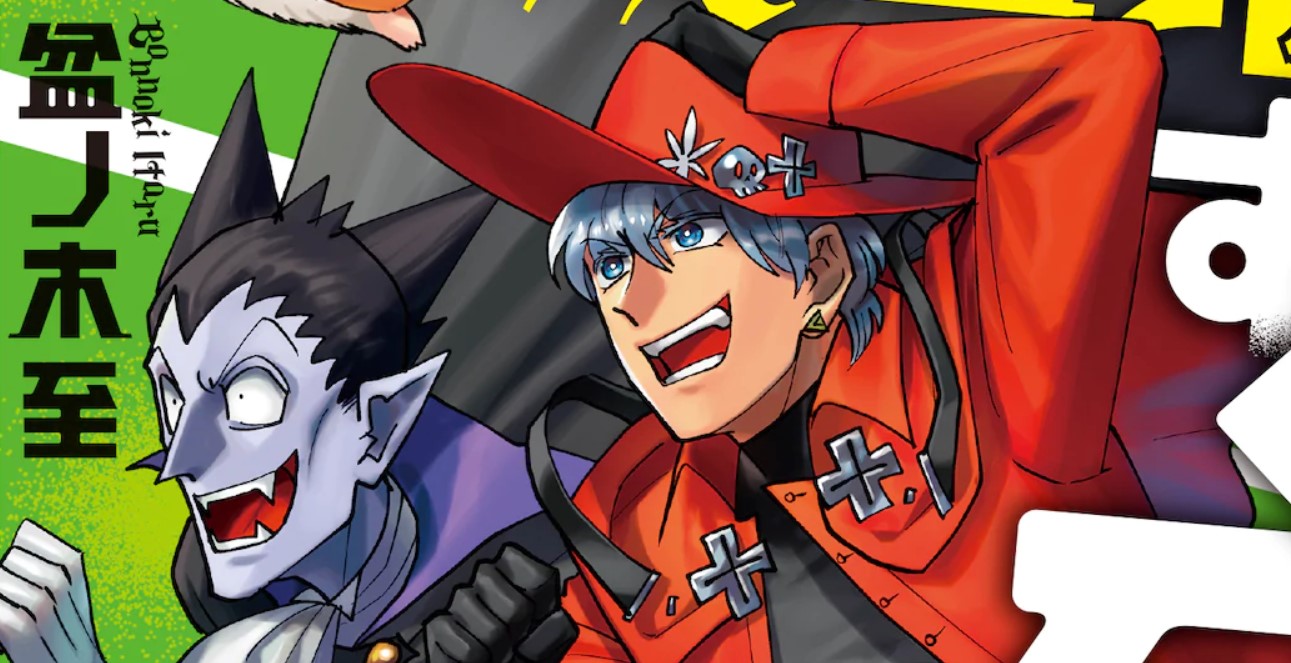 We all know, a vampire always has the power to kill others. But vampire in the anime series ‘The Vampire Dies in no Time has no power, and he is so weak. And he is so sensitive, even he can not handle the slightest touch of shock, and he easily turns into ash. He is a kind of funny character who dies in no time.

After meeting with Vampire Hunter Ronaldo, the story becomes more interesting with time. Their partnership and humor behind their jokes are so unique. The Vampire Dies in No time is one of the best anime of 2021. If you want to watch similar conceptual anime, then there is a good list for you. 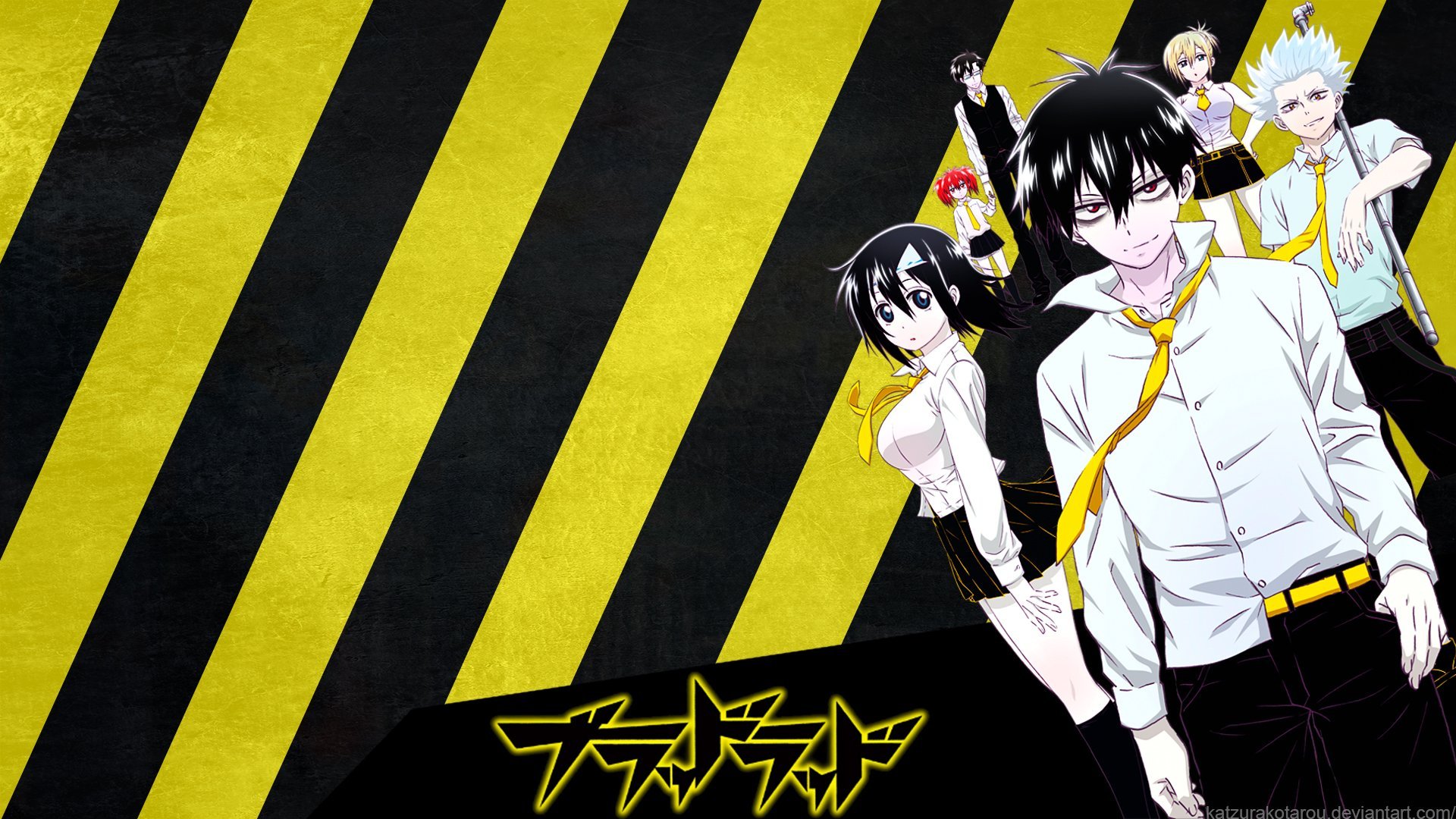 The story revolves around Staz Blood, and because of his powers, he rules in the Demon World. Staz is a type of guy who looks like a bad guy who only wants to kill people, but in reality, he is exactly the opposite. He lives a normal life like a human, and his obsession with anime and manga, describe a normal man who does not have any interest in other things. Like other Vampires, he has no interest in human blood. But one day, Fuyumi Yanagi meets Staz in the Demon World. Fuyumi accidentally enters into the Demon Territory by using a portal. The concept of this anime is kind of cool, and their search for resurrection magic makes it different from other anime. This anime has similarities in concept like using a Vampire as the main character but also has dissimilarity to each other like action. Because The Vampire Dies in No Time does not follow the genres like action. 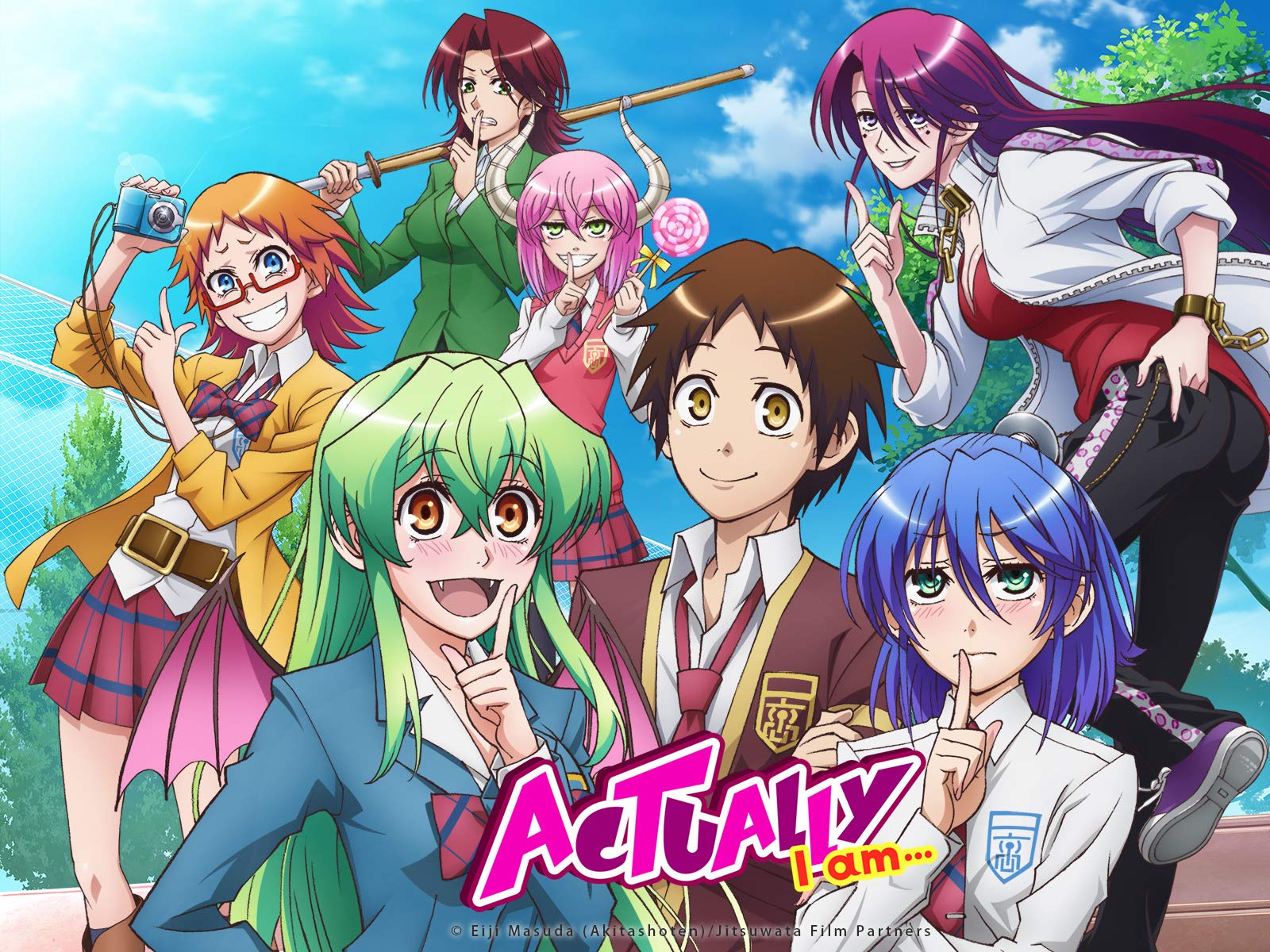 Actually, I am… | OtakuKart

The story revolves around the main character, Youko Shiragami. Youko is a vampire who hides her reality from other classmates. And another main character, Asahi Kuromine, is a simple boy who has a crush on Youko Shiragami. But Youko’s father wants her to drop out of school so that she can take responsibility for her family. Asahi has feelings for her, so he promises that he will never tell anyone about her Vampire form. His way of winning Youko’s heart opens another door for romance. But, his easy-to-read personality makes him difficult to deal with problems, but he never gives up because he wants to protect Youko from others. 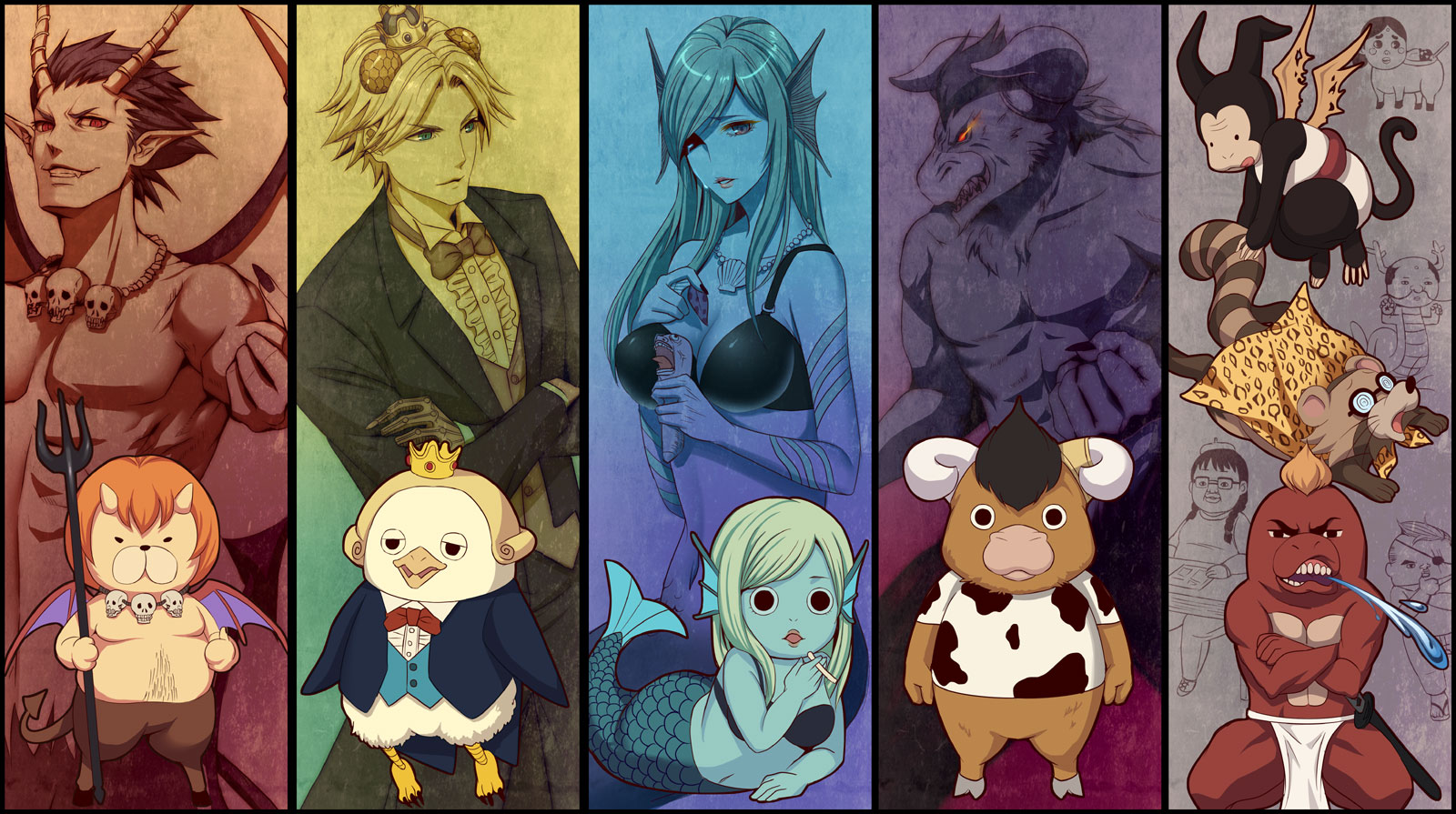 The story of this anime revolves around Rinko Sakuma and her employer Akutabe. They both are part of the Detective Agency, but after knowing that Akutabe is a demon summoner, Rinko’s life has changed. Now, she is also a part of Akutabe’s demon summons. Azazel is the first demon who comes into the human world in her presence. Azazel has a unique power, and with the help of that power, he can incite lust if you offer him a portion of food. Azazel likes to irritate Rinko by using his lustrous flirtation, and because of that, Rinko has no other option. Now she decides to sign a contract with him, and according to that contract, she will always be with him. Sounds horrible, right? But trust me, everything is related to comedy which means, the concept of contract also used by the author is for comedy purposes. The best thing about this anime is that use of comedy as a central theme. And if you like comedy shows, then you would definitely like this anime.

I know that most of you do not know anything about Master of Mosquiton. And there are two reasons, first, this anime is almost 25 years old, so most people do not know about Master of Mosquiton. And the second reason, the concept is based on the 20s century. My reason for including this anime in the list is the genre, similar to The Vampire Dies in No Time. 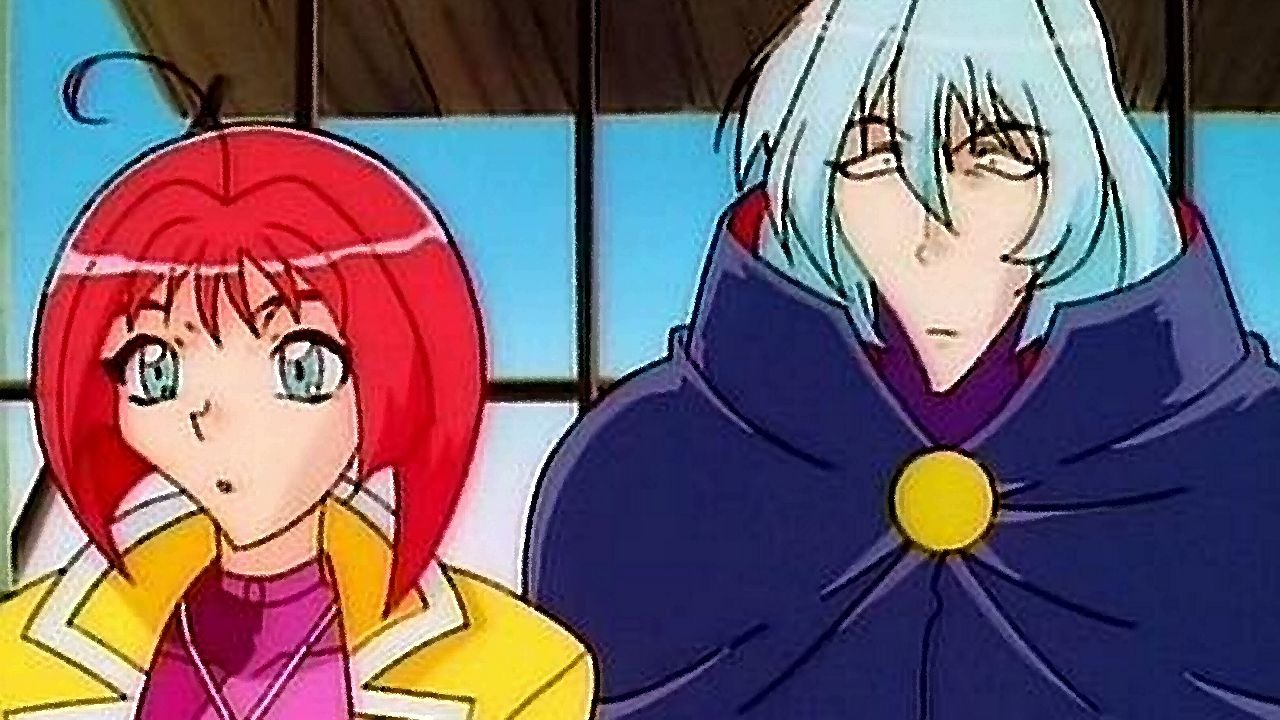 The story revolves around Inaho and a vampire, Mosquiton. After reviving Mosquiton by using her blood, he becomes Inaho’s slave. He always follows her command, and because of him, Inaho has the power of immortality. Inaho and Mosquiton is a perfect duo with, unlike taste and interest. They usually do not care about the world just want to achieve their target. The concept of the anime is not similar to the concept of The Vampire Dies in No Time. But, following the same genres like comedy, vampire, supernatural makes them similar to each other in all aspects.

After knowing about 4 anime, it’s time to talk about the last anime on the list. Ms. Vampire Who Lives in My Neighborhood is a good option if you want to watch another anime like The Vampire Dies in No Time. Following the same genres like Comedy, Vampire, and Supernatural, open a door of a valuable option. 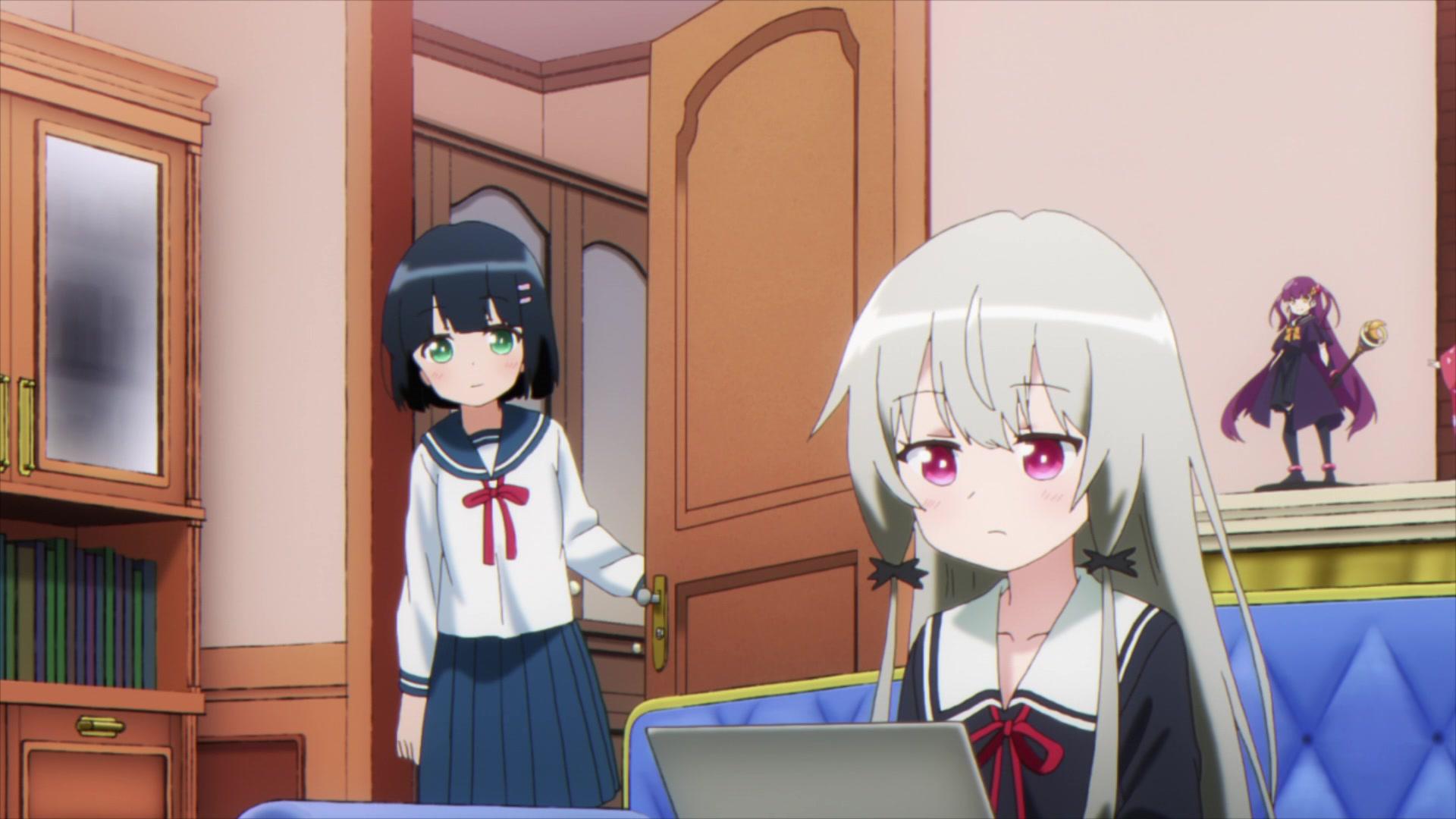 Ms. Vampires Who Lives in My Neighborhood | OtakuKart

The story of this anime revolves around the main characters like Akari Amano and Sophie Twilight. After hearing rumors about Sophie, Akari wants to confirm from herself. But Akari, like a lost child saved by Sophie, and then they become a good friend. Sophie is a vampire, but she has no qualities like other vampires. She is a simple girl who does not like to kill humans. And Akari likes to spend her time with her because she knows that she is not like other vampires. The best part about this anime is the cute characters with child-like innocence. The story is so simple with complex background. The concept of comedy which is used in the anime is fresh. And if you like to watch anime that has some cute characters then this anime is definitely for you. 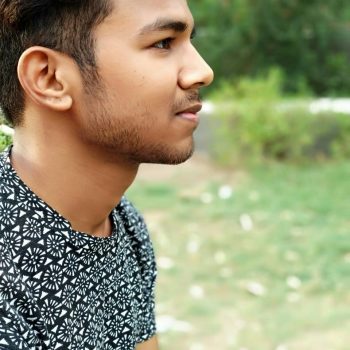