5 Anime Like Mushoku Tensei For You To Check Out 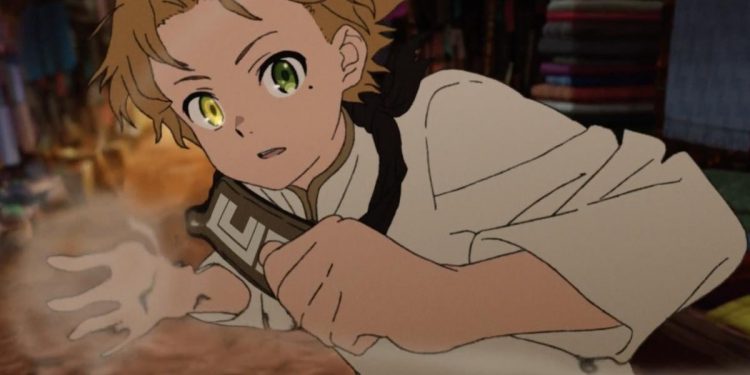 Hello! 2021 is near to the end, and this year was the best year for Mushoku Tensei. After watching Mushoku Tensei, you want to watch an anime like Mushoku Tensei. This anime made a good impression on their audience. And because of that, there is a high chance of its season 2. But do you guys know that other anime are like Mushoku Tensei? No, right? Then please hold on to get the clues of other related anime.

Mushoku Tensei is mainly a light novel that got adapted into anime series. Because of the popularity of its light novels, anime fans wanted to see how the characters and story will look like in animation. And the anime creators got so much love in the form of positive feedback from anime fans after watching Mushoku Tensei. This anime is not the only anime that revolves around reincarnation, adventure, romance, fantasy, comedy, and action. There is a list of anime like Mushoku Tensei, which you can prefer anytime from anywhere.

Mushoku Tensei has so many characters like Rudeus, Eris, Roxy, Sylphiette, Paul, Zenith, Philip, Hilda, Sauros, Orsted, Ruijerd, Aisha, Lilia, and many more. There is a long list of characters, and all the characters have some special qualities which make them different from others.

There is a long list of anime that have similarities with Mushoku Tensei. But I will give you information about some best and interesting anime that you should watch once in a while. Anime is like a fairy tale to everyone. No one hates anime because it has a vast range of categories, according to the viewers. And especially when it comes to anime like Mushoku Tensei.

If you are looking for anime which have elements of comedy, magic, adventures and is based on reincarnation. Then, Konosuba is one of the best options in this section. Konosuba is a story of a high school student, Kazuma Sato, who does not like to enjoy normal student life. He just likes to play video games all the time and nothing much.

One day, when he was coming back home after buying a new game, he died on the way. An unexpected death got another chance to live a life. He got an offer to reincarnate in the world, where he begins his journey as an adventurer. A goddess named Aqua was the one who gave him that offer. Because of no knowledge of the new world, he asked Aqua to come and help him. But she was not like a goddess. You will laugh a lot seeing their stupid and senseless behavior.

Aqua can not go back to her position as a goddess, and that was all dependent on Kazuma, how he defeats a Demon King. In the beginning, Kazuma had some hopes from Aqua but after realizing the fact that she was useless as a goddess. He took out the idea of ​​defeating the demon king from his mind and started living a normal life.

2. The World’s Finest Assassin Gets Reincarnated in a Different world as an Aristocrat (2021)

If you are looking for an anime which have some elements of action, magic, and romance with reincarnation. Then, The World’s Finest Assassin Gets Reincarnated in a Different World as an Aristocrat is one of the best options for you.

This is the story of an incredible assassin on Earth, who was always used as a tool by his employers, and he already knows that. When those people started to think of him as a danger to them, then he died in a plane crash because of those people. He had no emotions when he was alive, but after the death, he regretted that he was used as a tool, and now he got killed by them. But he got another chance to live the life of his own will by the Goddess who wanted to kill a hero. He got reincarnated in the world of swords and sorcery.

Now he is born as an aristocrat whose name is Lugh Tuatha De. He still has the abilities of an assassin and memories of his previous life. He started his journey as Aristocrat, and because of getting a chance to select 5 powers in the order S, A, B, C, D. He is a perfect candidate to kill a hero who is going to be the main reason behind the world destruction. To know more about the anime, please watch the anime to get the full idea about the anime.

If you are searching for an anime which have elements of romance, comedy, drama, fantasy, and reincarnation. Then, My Next Life as a Villainess is also one of the best options for you. This is a story of a gamer girl who got reincarnated in Fortune Lover.

A high school student got reincarnated in a game, Fortune Lover, which she was used to playing when she was a human. Now she is an antagonist in this game, but she did not know until she got the memories of her previous life as a human. Katarina Claes is the final boss of this game. And she has been born again to play this role well. And she also knows everything about this game, so she will try to avoid to kill by the heroes of this game. But living a life as a Villainess is not an easy task for anyone. Now it has to be seen how she saves herself from dying. Will she be able to save herself from each obstacle or not? To know more about this anime please consider watching.

If you are searching for an anime with so many similarities like action, adventure, comedy, romance, fantasy, magic, and also based on reincarnation. Then, That Time I Got Reincarnated as a Slime is one of the best options in this category. This anime revolves around a 37 years old man whose name is Satoru Mikami. He was a virgin in his whole 37-year long life, and he wanted to live a normal family man’s life.

One Day, when he was trying to save his younger brother’s girlfriend, he died in an accident. He was regretting because wasting his whole life as a virgin. Other than this, he had no regrets about life. Before he died, he asked his younger brother to put the computer in the bathtub. That was a kind of funny scene request from his brother. After his death, he got reincarnated in a fantasy world as a slime.

He has now some unique powers that can only be seen in a slime. He can mimic anyone and devour anything he wants. He also meets a Storm Dragon ‘Veldora’. He was sealed for destroying the entire city. He has been in that place for almost 300 years, and now he wants to be free. Slime promises to set him free, and pleased with this, Veldora gives a name to slime, Rimuru Tempest, and grants divine protection. What will happen next? To know more about Rimuru and his adventure in the fantasy world. Please watch the anime series.

After looking at so many anime and then you want to watch an anime where a demon king reincarnated as a human with the same powers as he had before his death. Then this anime is perfect for you. This anime also has the elements of Action, Magic, Drama, Fantasy, with reincarnation as its base element. This is a story of a Demon King, Anos Voldigoad.

Anos Voldigoad is a Demon King who is reincarnated after 2000 years as a human with the powers of Demon King. 2000 years ago, he sacrificed himself for the sake of everyone, including humans who were always against him and took him as a villain. He wanted to end the long-standing fight, so he took such a step so that everything would be alright in the future. But he was wrong, someone was using his wrong identity as a Demon King.

To know more about the culprit, he took admission to Demon King Academy so that he could know the truth behind the wrong Demon King’s identity. And the best thing is that no one knows that Anos Voldigoad is the real Demon King. Everyone was thinking that he wants to be like a Demon King, so that is why he is calling himself Demon King. Until he showed his potential, no one was taking him seriously.

Also Read: Who Will Rudeus Marry in Mushoku Tensei

At What Time Does Hawkeye Release on the United States EST Time Zone?

Aggretsuko Season 4: All We Know So Far