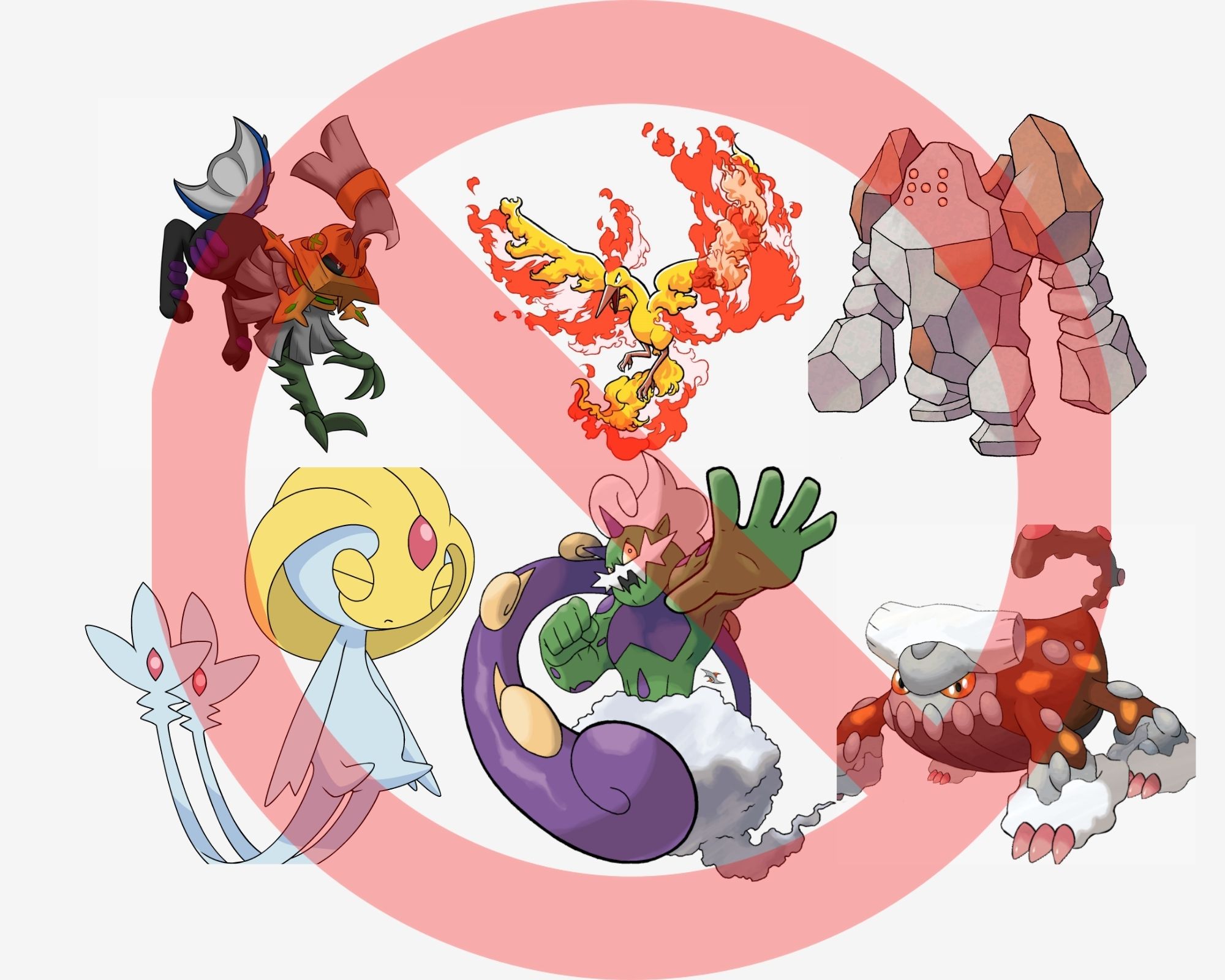 Pokémon is no doubt one of the biggest media franchises out there with having lots of varieties in its Verse. From having fans from the millennials generation to Netizens, Pokémon has conquered it all and does not plan on stopping either. One of the fan’s favorite types of Pokémon is Legendary Pokémon. They are the rarest creature in the Pokémon world having power’s beyond imagination and much stronger than ordinary creatures. And are normally found near dungeons which makes them often very hard to catch. The trainer needs to have special skills to catch them, If found they can battle it with their wild Pokémon.

But as much as these legendary Pokémon are often preferred to be called the strongest and dominant creatures. There can be some who are popular but are hated for their weakness and impotence to fight during battles. You also come across some who are weak but their cuteness makes up for it. While there are various arguments made by fans on which legendary Pokémon is weaker and which is stronger.

These arguments can’t be settled either way but here is the List of Top 10 Weakest Legendary Pokémon :

Type: Null is a four-footed Pokémon with qualities similar to various creatures. This Pokémon was developed with cells possessed by all familiar Pokémon. With the intent to give this Pokémon the ability of the RKS System with a memory attached, three models were created. But in the end, all the models rejected the system and were out of control. They had to be restrained so they were given helmets to reduce their level of insanity. With a rather unique style, Type: Null does not stand out as a legendary Pokémon. The evolution of Type: Null, Silvally was defeated by Pikachu in a match. With a total of 534 Stats, Type: Null is rather weak. 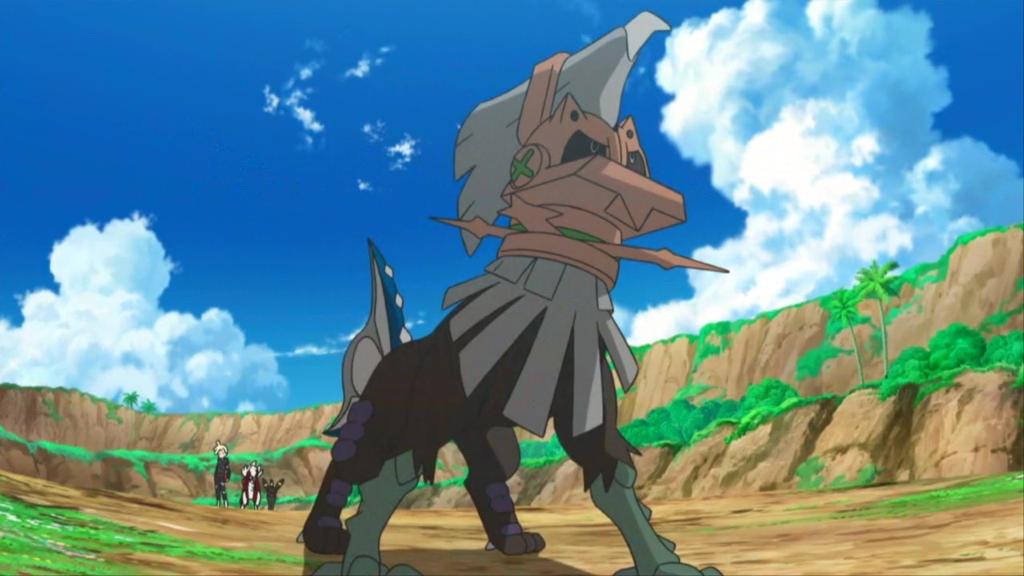 Moltres is a bird-type legendary Pokémon having red flaming wings, also referred to as Flame Pokémon. It was introduced in the first generation. Although Moltres looks quite dangerous in terms of having attack capabilities when it comes to actual combat, it backfires. With having an attacks combination of Fire and powerful Aura at the same time, it can yield to some great combos. But there are many disadvantages as well like Moltres attacks could easily be suppressed by water or rock-type Pokémon. The main weakness of Moltres is an electric current, water, and rock. Having a total of 580 stats and no good counters against enemy attacks makes Moltres quite weak. 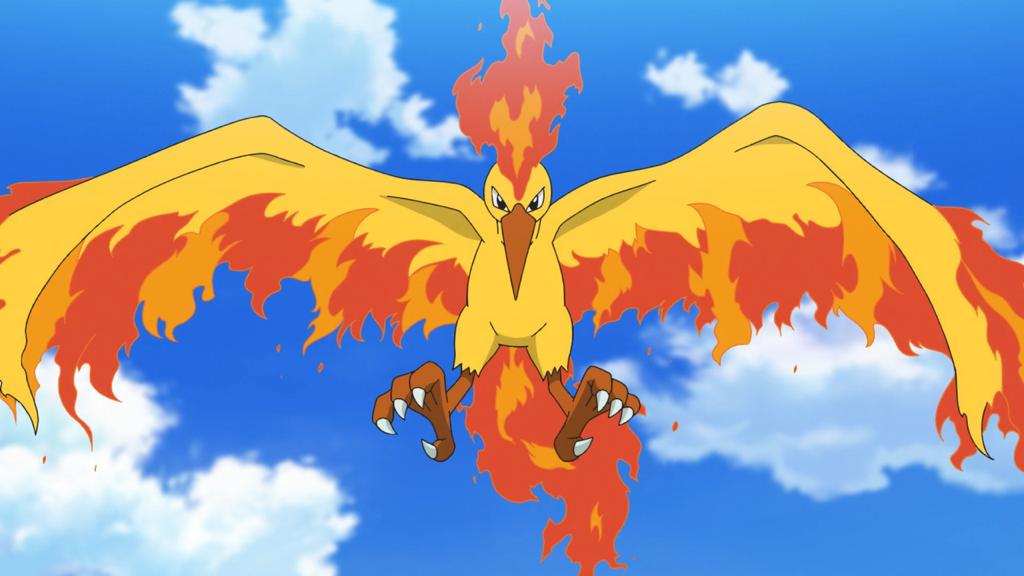 Regirock is a rock-type legendary Pokémon having its full body made up of brown and orange stones. It is the member of the famous titans introduced in the third generation. It often seems to be the tranquil type but is rather one of the furious ones. We can often see him communicate with his head by flashing the light and losing his serene self. During a fight, Regirock is mostly known for its moves like Rock Throw and Stone Edge. The biggest disadvantage of Regirock is its speed, with low speed, its attacks are not effective during ground battles. Its weakness is confirmed with a total of 580 Stats and fights against grass, steel, and water attacks. 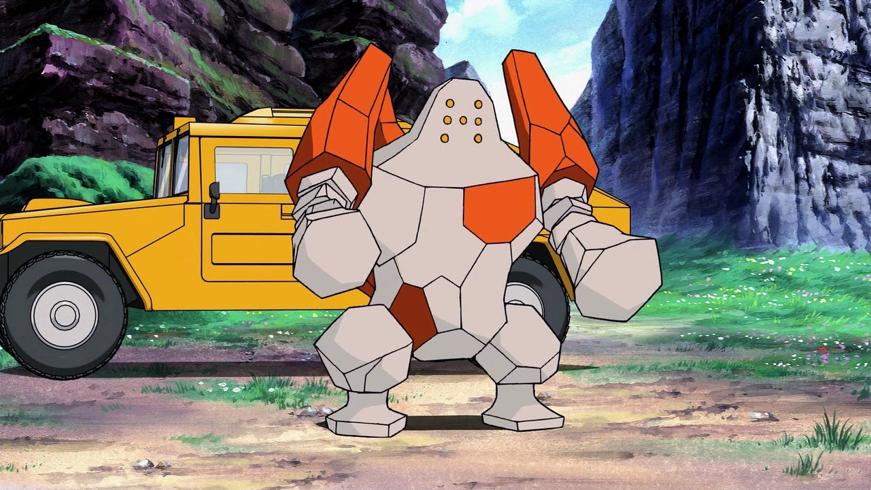 Also, Read – 10 Best Games Like Pokemon GO That Everyone Should Try

Uxie with a small fairy-like body and two tails is a Psychic-type Legendary Pokémon. It is also a member of the Lake Guardian trio. Uxie is known as the “The Being of Knowledge”. As it helped humans solve daily need problems and revamp their quality of life. Uxie also possesses the power to erase the memories of those who see its eyes and can also create illusions. For these reasons, Uxie is very well respected and feared by many. During the fight, Uxie does have some great moves but it is inevitably weak against Dark and ghost attacks. Uxie is undoubtedly a legend with a total of 580 Stats and cool moves but is still weak. 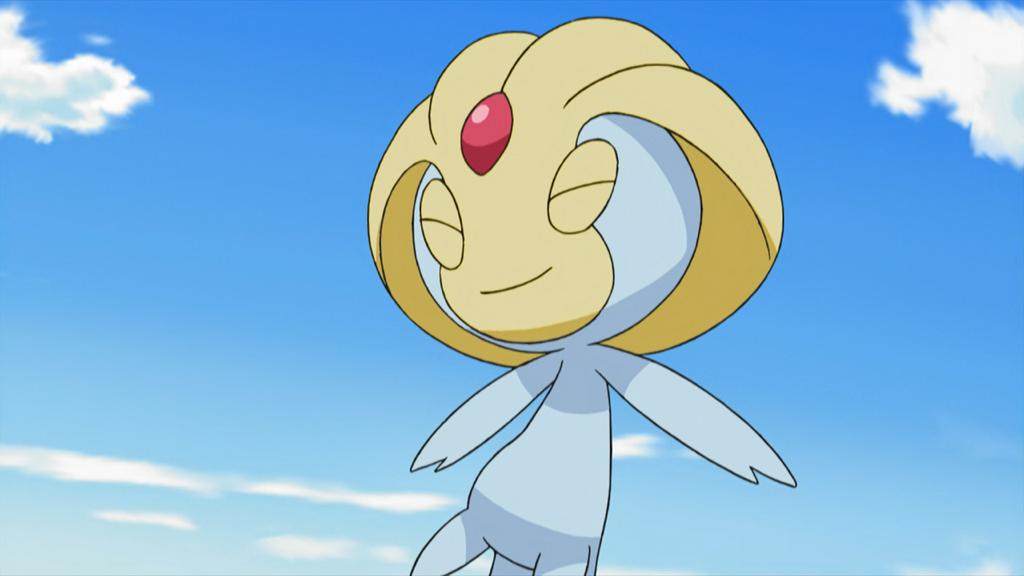 Tornadus with having the lower part of a body wrapped in a cloud of energy is a Flying-type legendary Pokémon. It’s a male species and also part of the forces of nature team. Being introduced in the fifth generation, it is known as the Cyclone Pokémon. With a flying speed of about 320 Kilometres per hour, he can make deadly storms which can result in a lot of damage. His special move is Bleakwind Storm which can result in damaging of body tissues and is considered quite dangerous. Tornadus is weak with a total of 580 stats and not having any good defense against rock and Ice attacks. 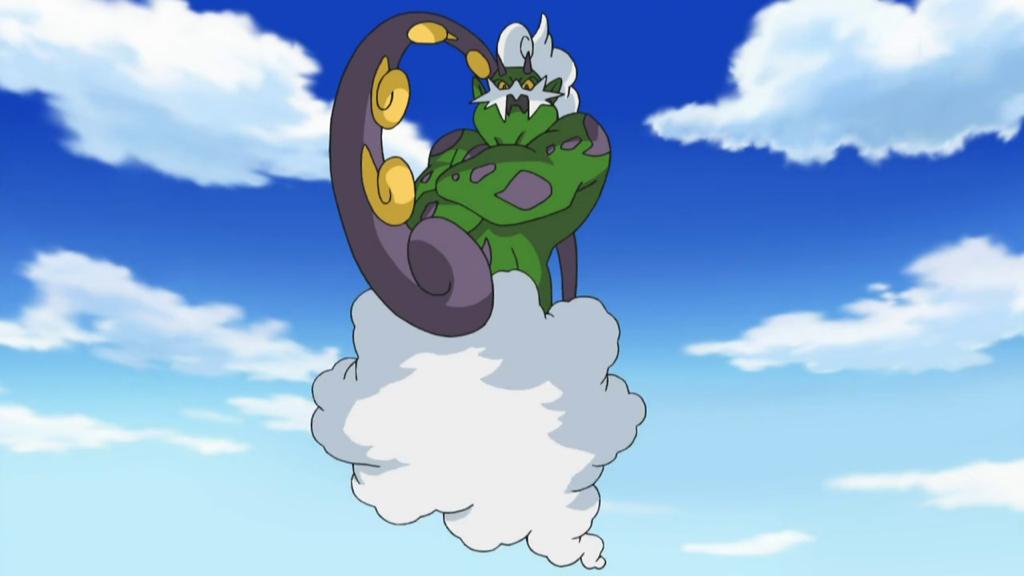 Regice with having a large blue crystal-like body of solid Antarctic Ice is an Ice-type legendary Pokémon. It is a member of Renowned Titans introduced in the third generation and is also known as the Iceberg Pokémon. Regice best moves include Lock-on and Blizzard, which can simply make anyone and anything near Regice freeze. It controls high snowy winds of minus 328 degrees Fahrenheit. Having all these great combo moves is good for a fight against an Ice-type Pokémon. Regice is also known for its great defense strategy as it normally cloaks itself with snowy winds. But Regice is not strong enough to defeat Rock, steel, and fire Attacks. Even Pikachu also defeated it in the anime. So with a total of 580 stats, Regice is weak. 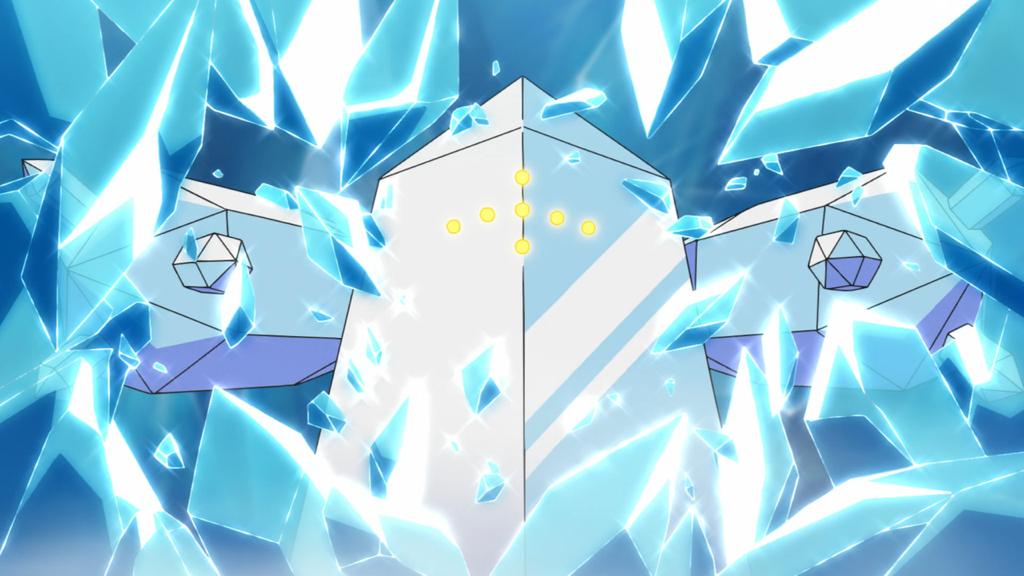 Heatran with a body of rough steel is a Fire and Steel-type Legendary Pokémon introduced in the Fourth generation. It is known as the aggressive protector who has the power of Magma stone. This is why it is also known as the Lava Dome Pokémon. It mostly resides in Volcanic caves due to his body. Its best moves are Fire Spin and Flamethrower which are most advantageous for Ice, Grass, and steel attacks. But against water and ground attacks, it deals the most damage making it, unable to keep up the fight going. Also, It is a very common Pokémon among collectors, so many people are not that invested in this creature. Lastly, It’s not strong enough with a total number of 600 stats. 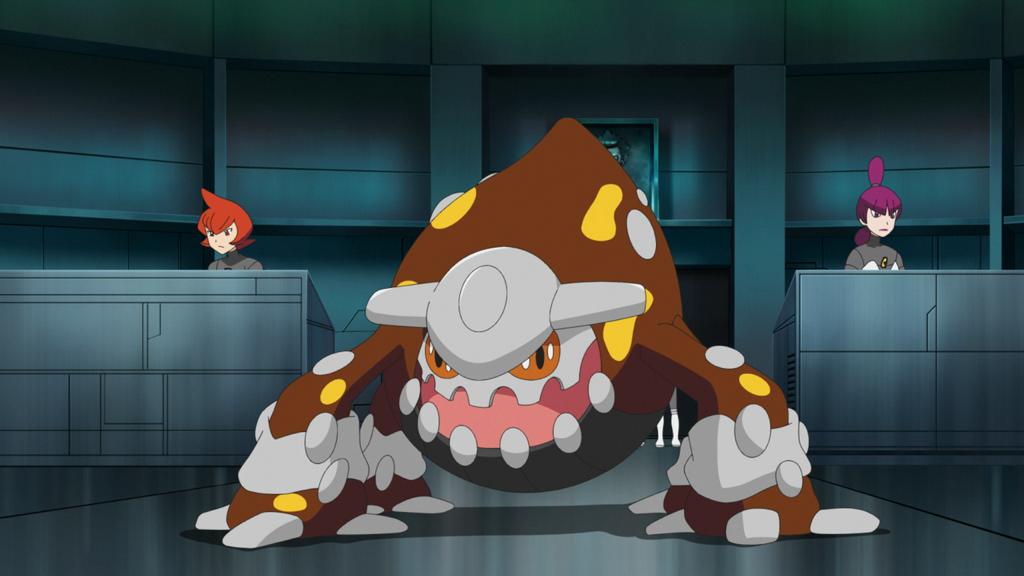 Also, Read – Best Steel-type Pokemon in Pokemon GO That You Should Know

Regigigas with a golem-like body is a Normal-type Legendary Pokémon introduced in the Fourth generation. It’s the leader of the famous legendary Titans. It is very well known for its craftsmanship as it created its golem allies, the Regirock, Regice, and Registeel. Having powers to control the legendary Titans, is the reason why It is known as The Colossal Pokémon. Its best moves include its Crush Grip, which can cause great damage to the opponent. It seems very powerful but the only problem is its Speed. Its ability to fight starts slowly which can result in It dealing great damage. In Conclusion, with a total of 670 Stats, It is powerful but it isn’t on the level of other strong Legendary Pokémon. 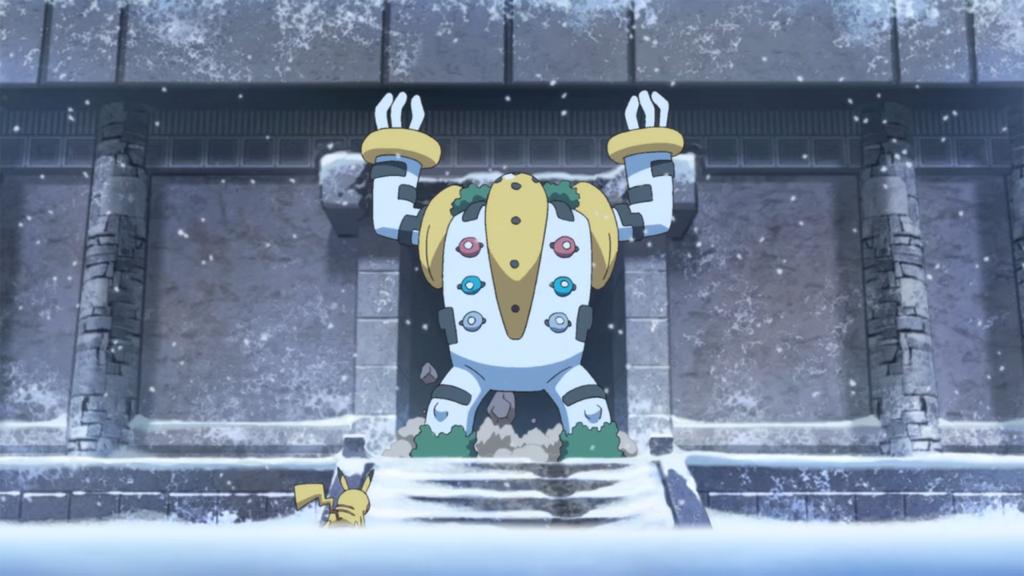 Virizion with a deer-like body is a double elemental Grass and Fighting-type Legendary Pokémon introduced in the Fifth generation. It is also known as the Grassland Pokémon and is a member of the Swords of Justice team. The team is known for fighting humans to save other Pokémons from getting banished from their homes. Among all the four team members, It is the weakest of them all. Its best move includes a sacred sword, Which is advantageous while fighting Ground, Rock, water, and Grass attacks. In which it swirls around its opponent at high speed and then uses its horns to attack. The only problem lies within the defense. When dealing with Flying, poison, fire, and Ice attacks, It is easily defeated and suffers from great damage. With a total number of 580 Stats, It’s unreliably weak. 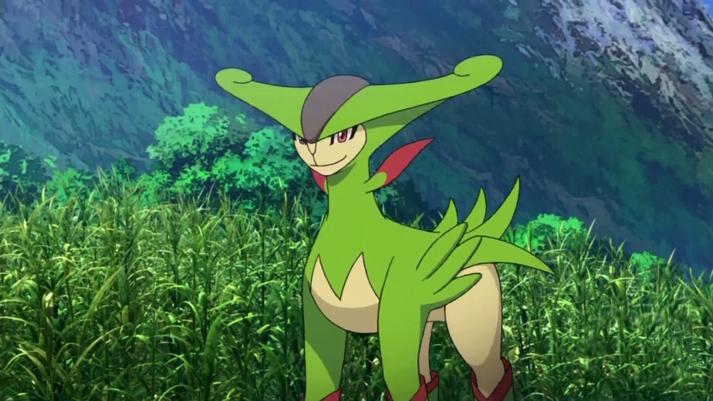 Cosmog with a gaseous body is a Psychic-type Legendary Pokémon introduced in the seventh generation. It is also one of the Lightest Pokémon. With an excessive trustful nature, Cosmog befriends everyone that shows kindness towards it, even if that person harbors evil intentions. Cosmog often gets into trouble because of its inquisitive nature, and when the situation gets dangerous it teleports to safety. Cosmog is the weakest Pokémon in nature of attacks and defense. Only when Cosmog is in a tense mood does it opens the Ultra Wormholes and wrap itself and substances around it. With a total of only 200 Stats, Cosmog is undeniably the weakest legendary Pokémon to exist. 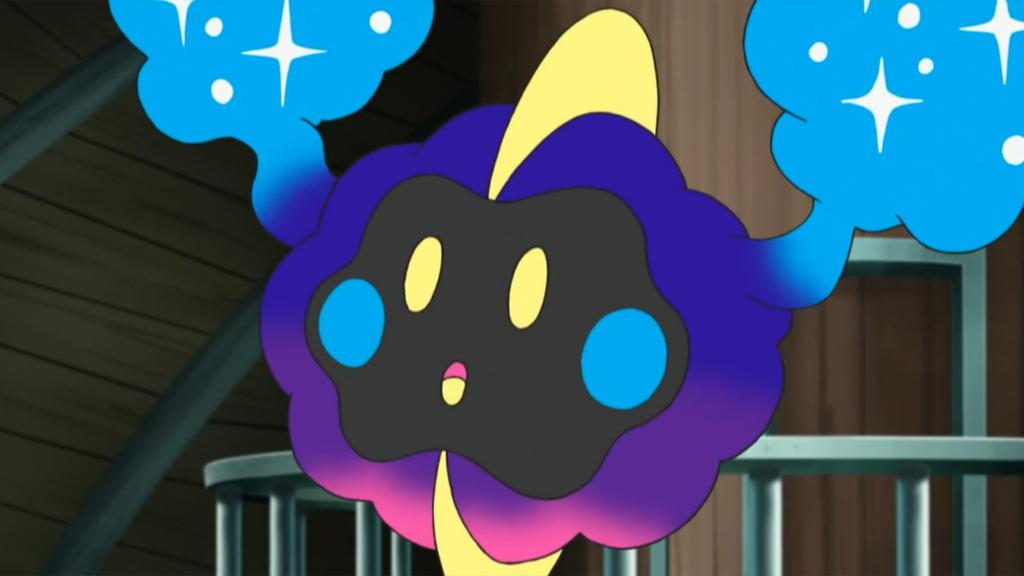