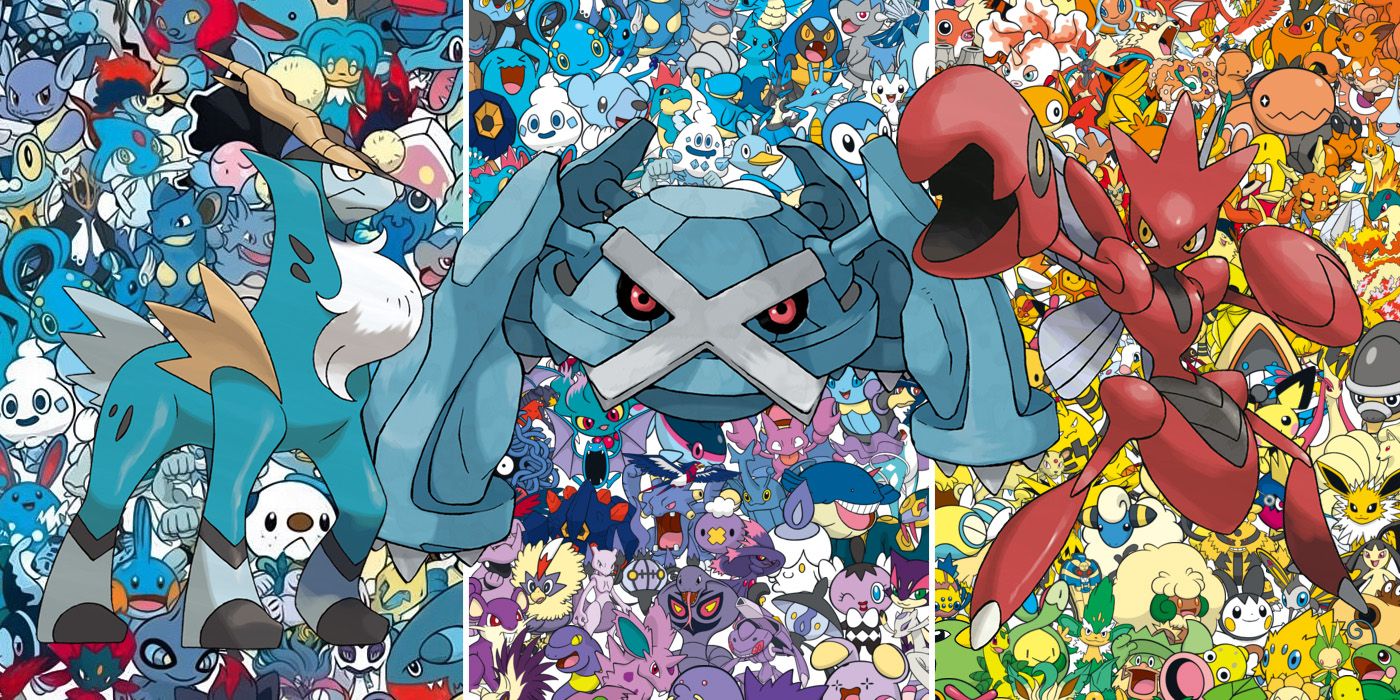 Pokémon Go, which made the entire world step out and play, is nearly unknown to everyone. Pokemon Go comes with different types of Pokemons available to try out, so in this article, let us look at the Best Steel-type Pokemon in Pokemon GO. The game developed by Niantic is available to play only on iOS and Android smartphones since it uses GPS sensors as part of location tracking. Players can locate, capture, train, and battle Pokémon. The game comes with more than 700 types of Pokemons, and since the game has a lot of types of Pokemons, each will have to be looked at in detail. 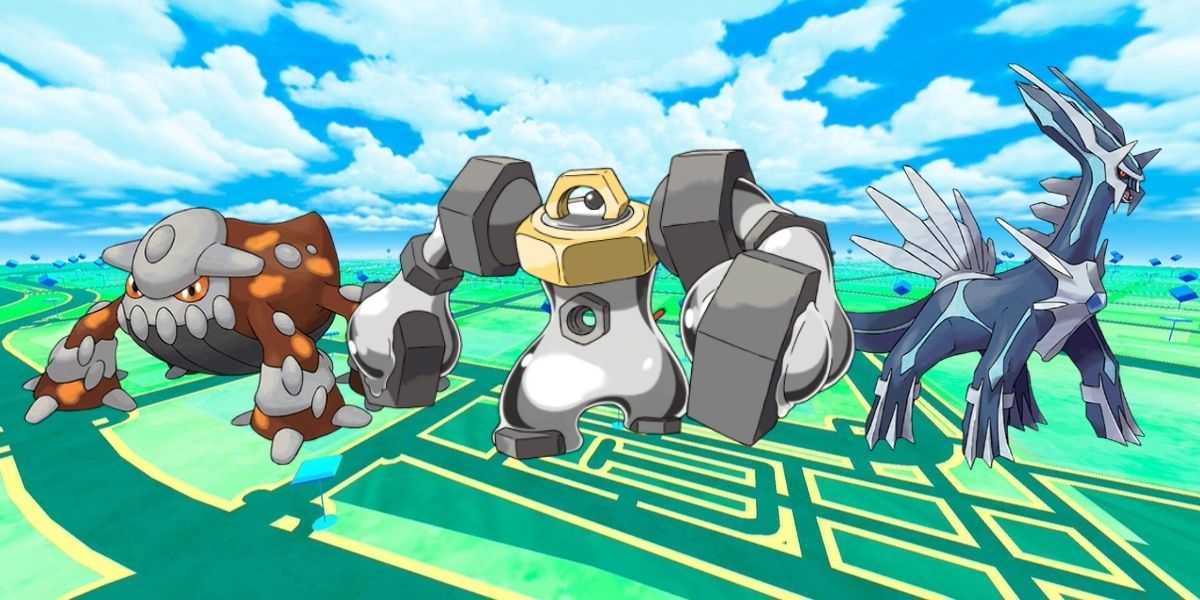 Pokémon Go, which made the entire world step out and play, is nearly unknown to everyone

Also Read: Top 5 Legendary Pokemon in Pokemon GO; How To Find Them

Since Steel-type Pokemons are the best in defense, some may consider it to take in attacks too, but that is not the case, as most of them are not the fastest Pokemons out there and can not be good for them if we take them to attacks. Steel-type Pokémon can be found lurking around cities, industrial areas, and railway tracks, or in short places where there are lots of steel and metal.

Those, who don’t live around these areas, can use Magnetic Lure Module to catch Steel-type Pokémon. While most of the Steel type Pokemons are available in the wild, Legendary Steel Pokémon can only gather through Raid Battles and special events. If you are able to find Steel type Pokemons, you can capture them like the way you capture other Pokemons. No, let us look in detail at the Best Steel-type Pokemon in Pokemon GO.

Metagross is a Steel and Psychic Pokemon that has the ability to pull a Bullet Punch as its fast move and use Meteor Mash as its Charger Move. Metagross can be found living on the same mountain as Magnezone and, thus, has a lot of power from the mountain’s magnetic fields. Metagross doesn’t have any kinds of specific genders. Metagross has a height of 1.6 m and weighs 550 kg. 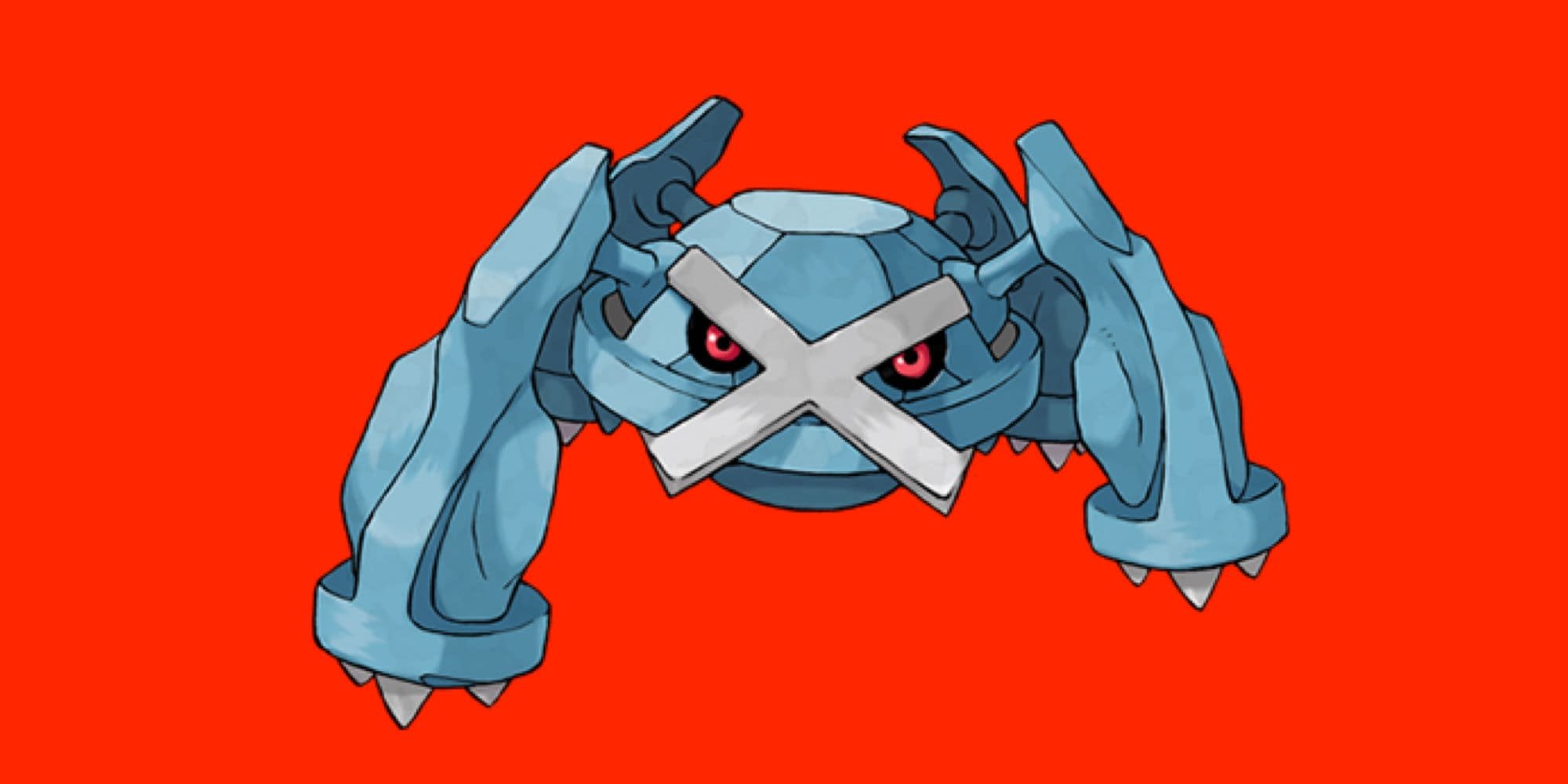 While Shadow Scizor’s damage output only stands indecent, its biggest strength is its bug and steel dual typing. By this, it gets the resistance to several of the steel typing’s weaknesses. Although Shadow Scizor can still be defeated by fire type, its ability to defend against the ground or fighting-type counters is the reason why it made it into our list of Best Steel-type Pokemon in Pokemon GO. 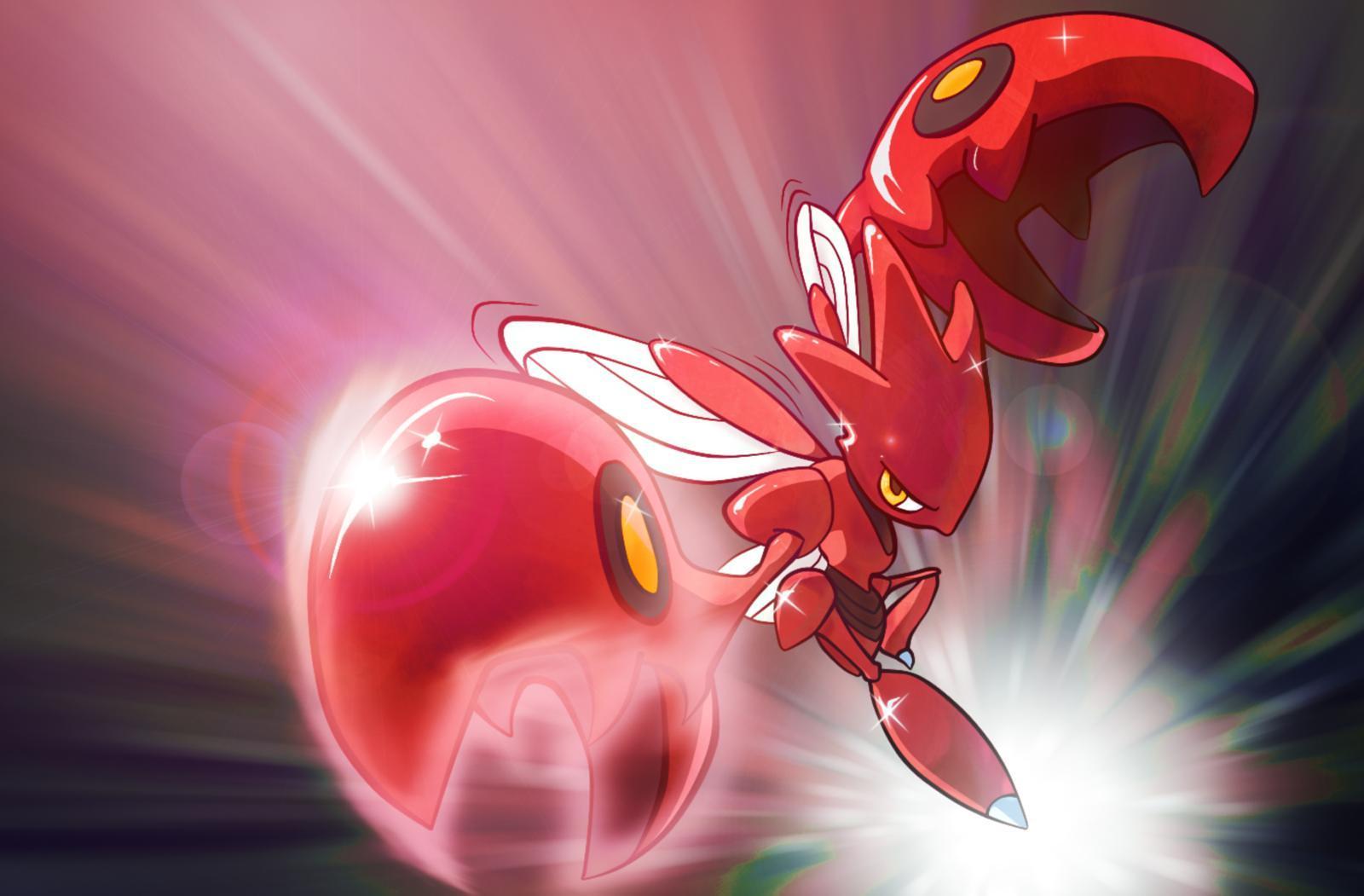 While Shadow Scizor’s damage output only stands indecent, its biggest strength is its bug and steel dual typing.

Jirachi comes with a well-rounded stat allocation with an emphasis on health. Jirachi also has the ability to have both Steel and Psychic abilities like Metagross. Thus, it has critical resistances to both Poison and Psychic-type moves. Jirachi is not the Pokemon for you if you are looking for something that can eliminate its opponents quickly. Instead, it will slowly wear down its enemy as long as it remains on the battlefield. 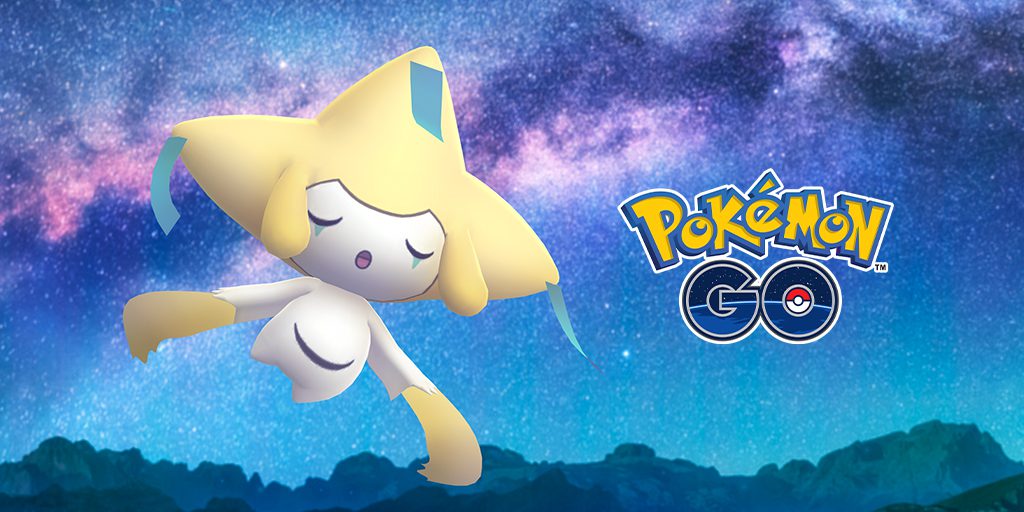 Jirachi can also pull out Electric and Fairy-type moves but can only be really come in handy if you are in a specific matchup. Since Jirachi is a legendary Pokemon, it can not be used in some matches as some Legendary pokemon are unusable in some battles. But other than that, whenever you use Jirachi, it is a perfect choice to consider as an excellent Steel-type Pokémon.

Dialga has a Maximum CPP of 4565 and has a base attack stat of 275, defense of 211, and Stamina of 205. The best moves of these Pokemon include Offense moves like Metal Claw, and Defense moves include Draco Meteor. Dialga is also a legendary pokemon that is hard to defeat in Raid Battles, but it is possible. Dialga has mainly two weaknesses: Ground- and Fighting-type attacks. 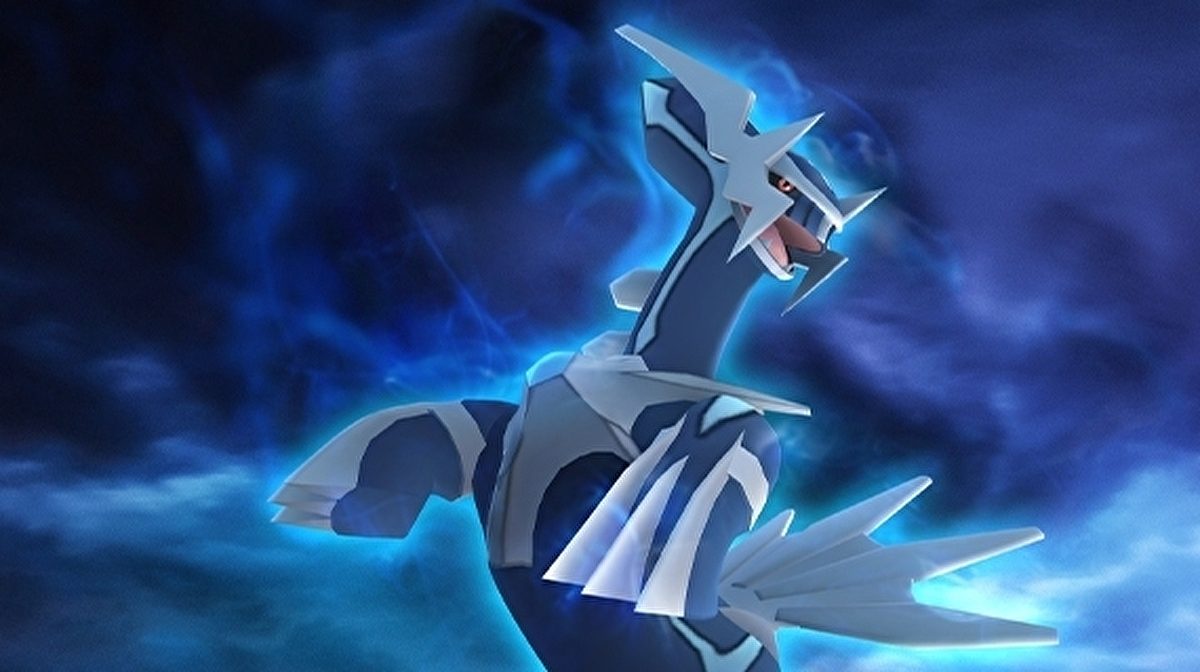 The best Pokemon to use against Dialga are Poliwrath, Lucario, Machamp, and Hariyama. If they are shadow versions, then Dialga can be made to sweat in battle. Dialga boasts an attack stat of 275, plus high defense and stamina stats guarantee that it can stay on the battlefield for long. It is also doubly resistant to Grass- and Poison-type attacks. You can find Dialga only obtained on special events or after defeating it in a Raid Battle.

Excadrill is a Ground and Steel-type Pokemon that can boast a damage per second or DPS value of 14.15. Excadrill is a chubby bipedal mole-like Pokémon that has dark brown fur. It comes with short legs, a plump, swollen belly along with three red stripes on it. Its hands look surfboard-shaped with only three fingers on them. Excadrill also has a hump on its back to complete its physical look. 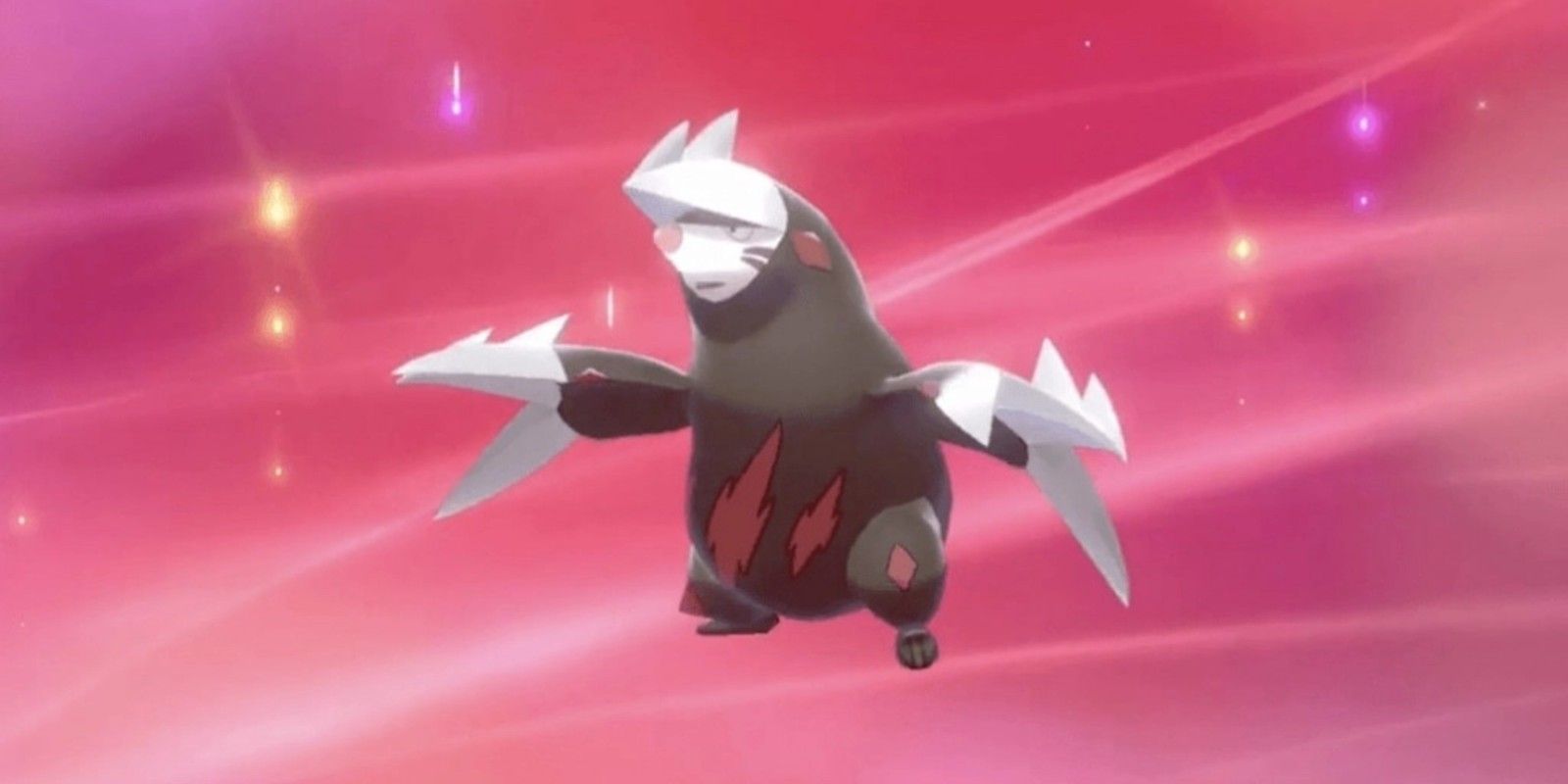 Excadrill is a Ground and Steel-type Pokemon that can boast a damage per second or DPS value of 14.15.

Steelix, as the name suggests, is a Steel-type Pokemon. Not only that, but the Pokemon is also a Ground-type Pokemon. Steelix is called an Iron-Snake Pokemon and has a height of 9.2 m and a weight of 400kg. Its abilities include Rock Head and Sturdy. The main weakness of Steelix is Fire, Water, Fighting, and even Ground types. Steelix evolves from the Onix and can even evolve into Mega Steelix. 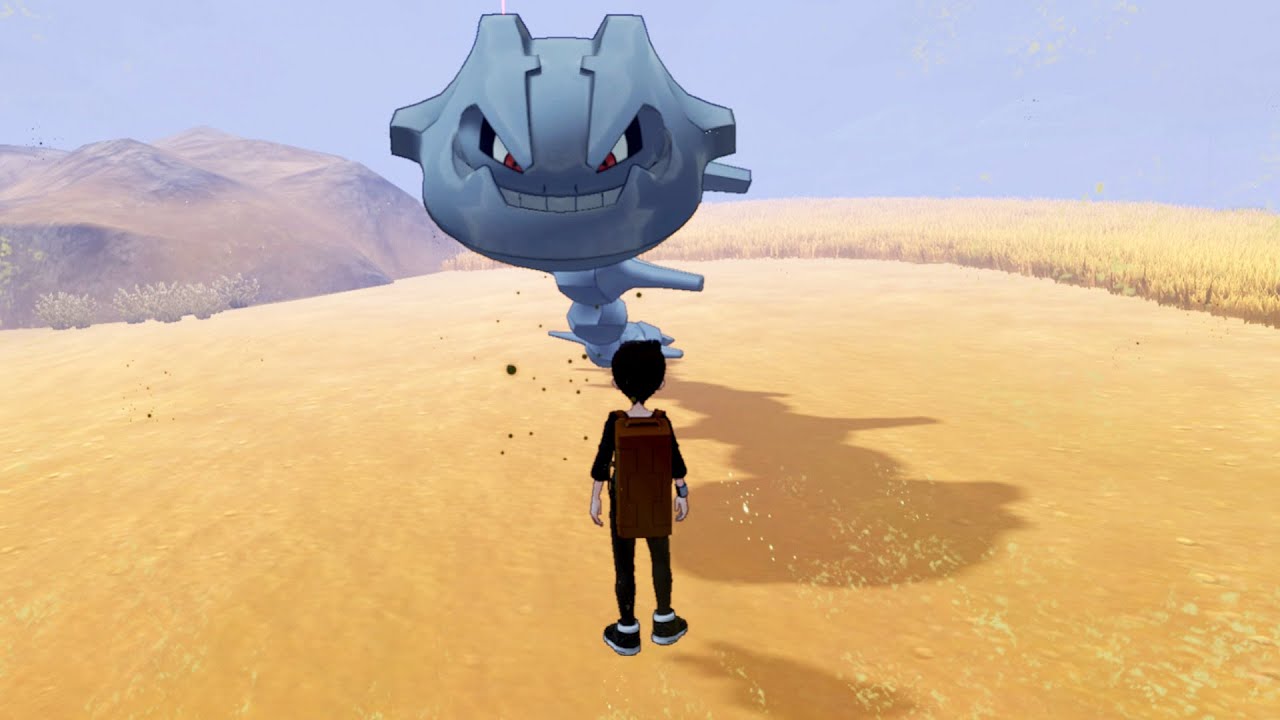 Cobalion is a Steel and Fighting-type Legendary Pokemon that can always be considered in your team. It has a height of 2.1 m and weighs 250kgs. Cobalion can be seen with aqua blue color with eight black dots on it and a light blue spiky tail with a white scruff of fluffy white fur covering its neck. Its feet are seen in light blue with black-tipped toes with a black line separating it from the aqua blue color. 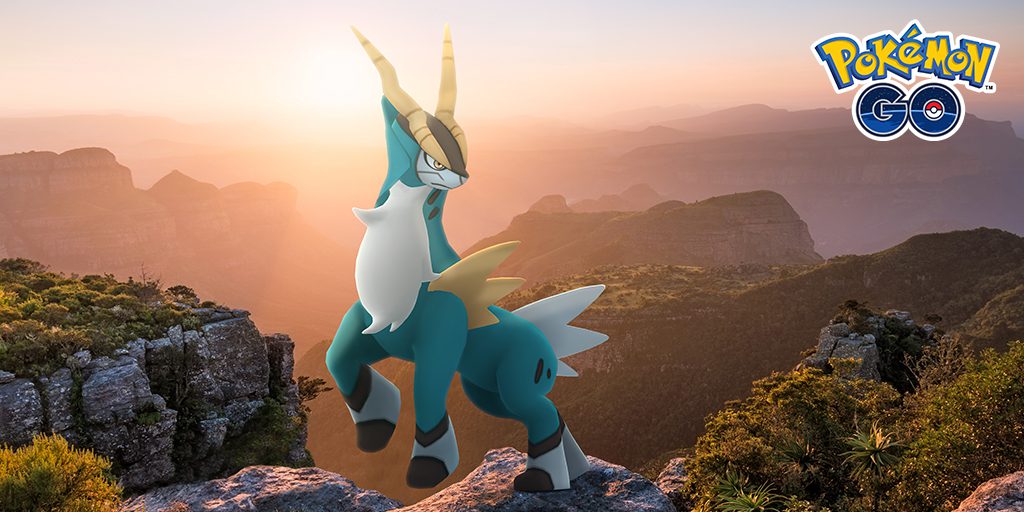 Lucario is another Steel-type Pokemon that can sense and manipulate Aura. This is the reason why it is called Aura Pokémon. Its Aura is so powerful that it can pulverize huge rocks. Lucario has a height of 1.2m and weighs 54 kg. The abilities of Lucario include Steadfast and Inner Focus. The main weakness of Lucario includes Fire, Fighting, and Ground types. 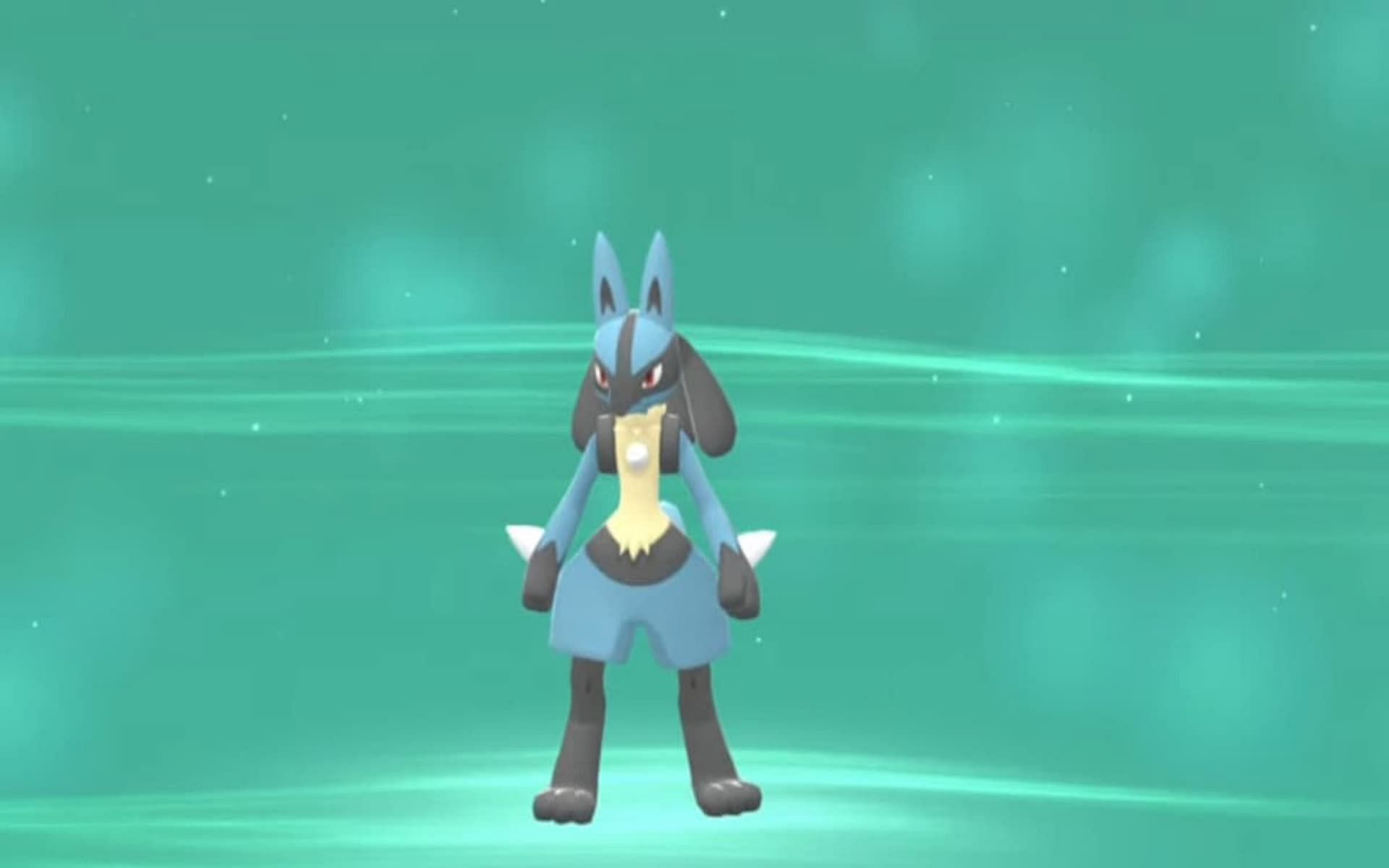 Also Read: Most Loved Pokemon Of All Time

Heatran is a Fire and Steel-type Pokemon that has a height of 1.7m and weighs 430 kgs. Heatran appears like a tortoise with gray and orange spots with a reddish-brownish color. On all its four legs, Heatran has bangles and four metal claws attached to its feet. Heatran possesses gray and yellow spots all over its body with a gray underside. 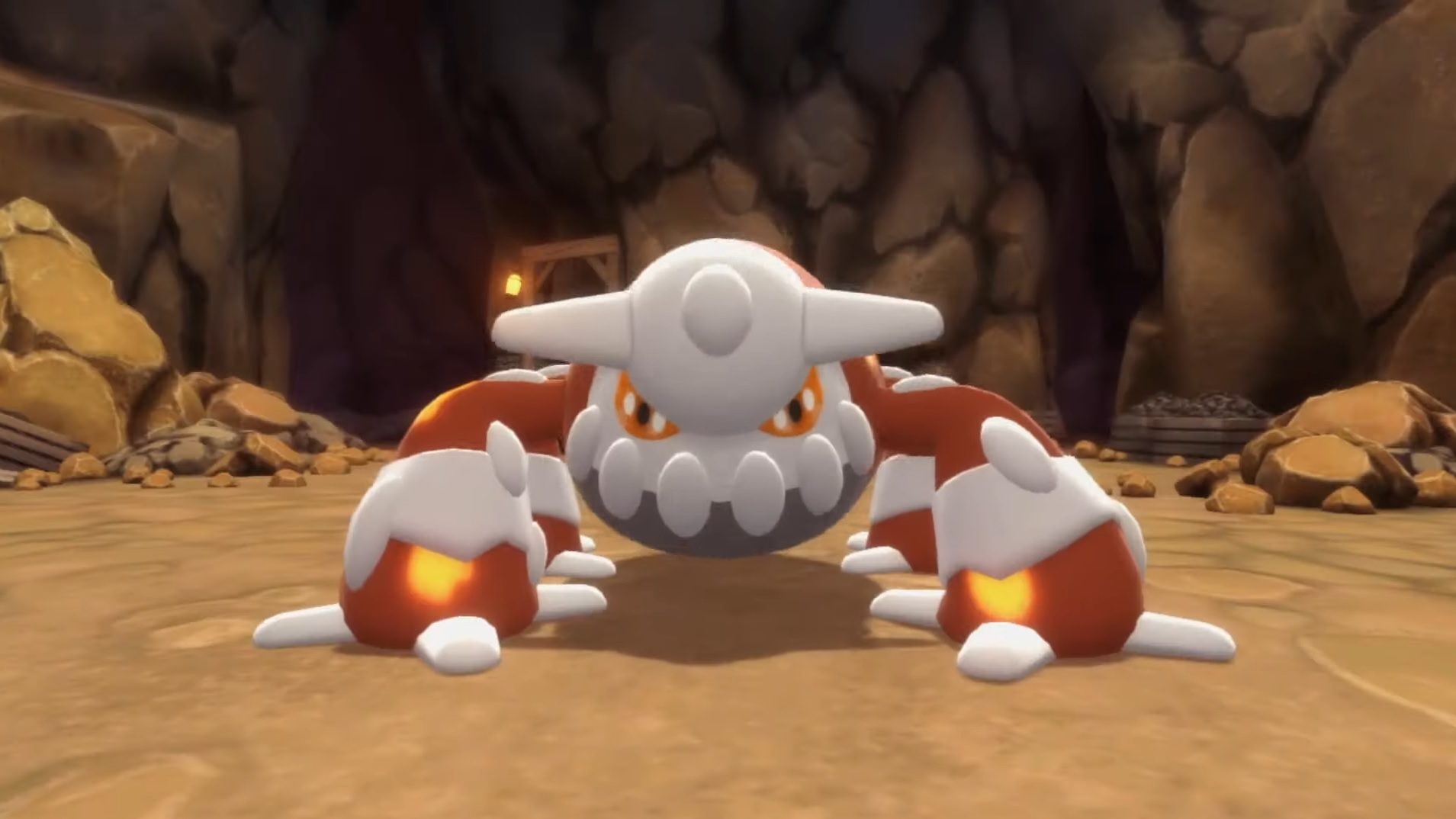 Heatran is a reddish-brown Pokémon dotted with orange and gray spots all over its body. It also has metal bangles locked on its legs. The face of Heatran is covered by an iron mask. Whenever Heatran opens its mouth, there is an orange glow emanating from the inside of its mouth. As its name suggests, Heatran has intense heat in its body.

Melmetal has a Max CP of 4069. Its best moves include Thunder Shock as Fast Attack and Hyper Beam as its Charge Attack. Melmetal is a Steel-type Mythical Pokemon and can evolve info Meltan by using 400 Meltan Candy. This humanoid build mostly consists of liquid metal. We can also see many hexagonal nuts embedded into its body. In its history, it is said that Melmetal came back to life after 3,000 years. Melmetal can create metal from anything and be also worshiped in ancient times. 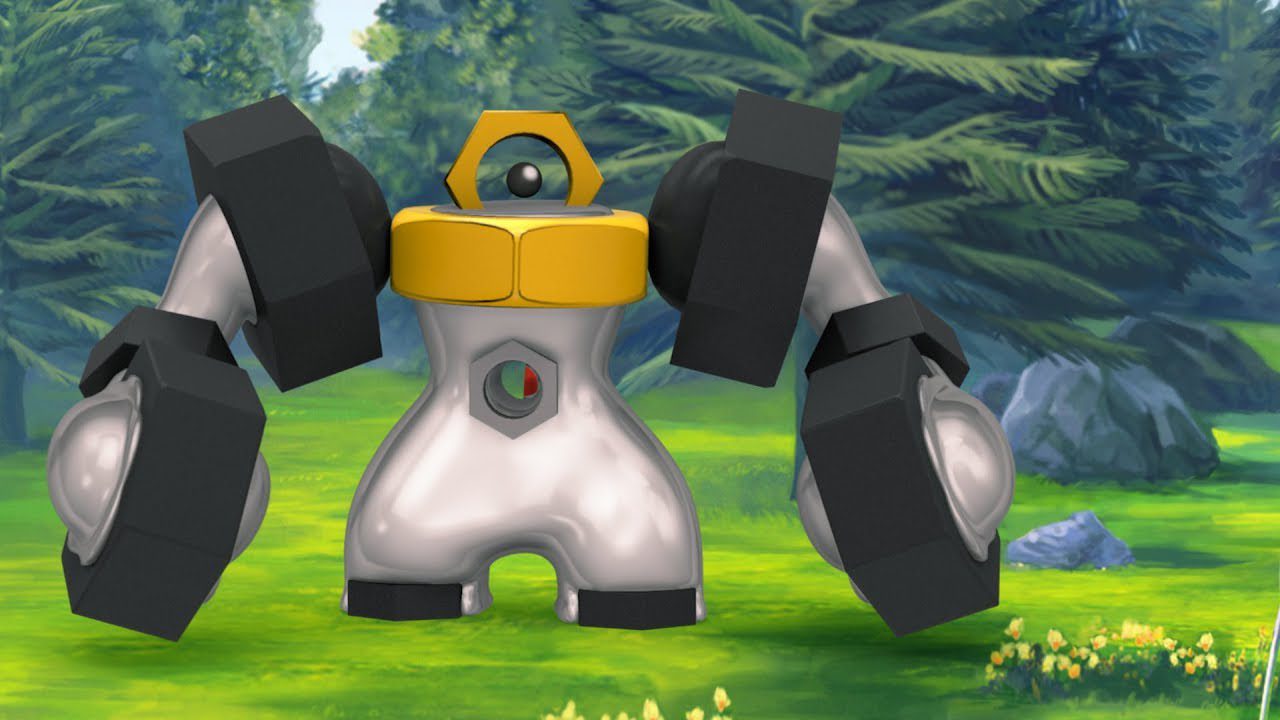