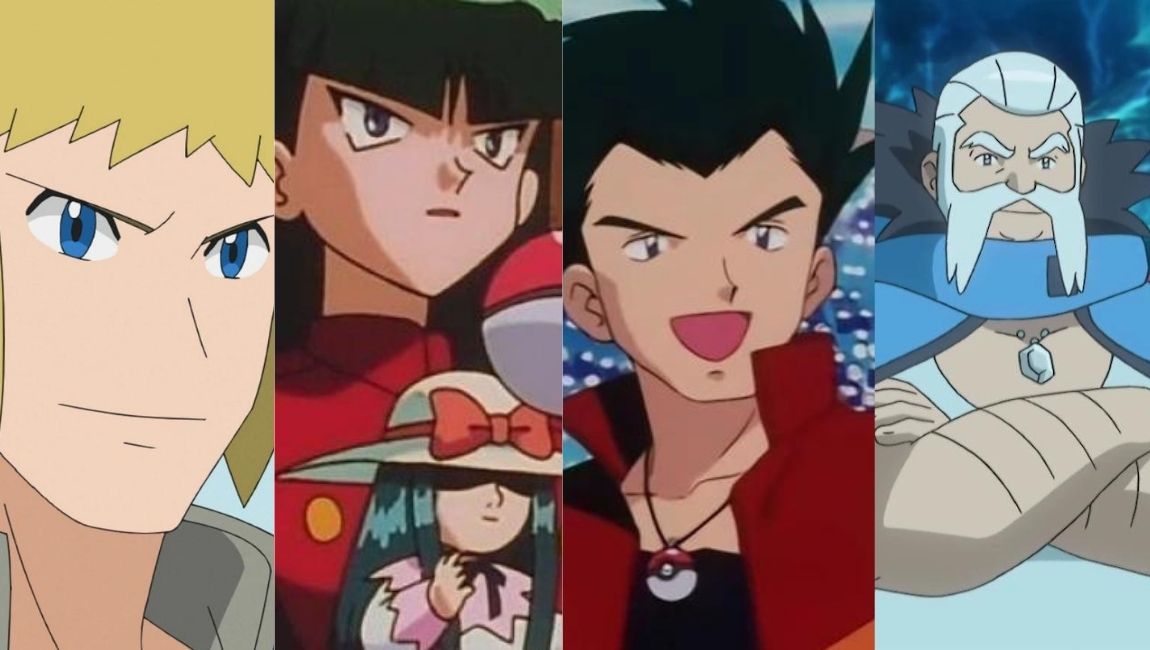 Pokemon that we first began to was as kids as a normal cartoon has become much more than this. After growing up we understood that the series is actually an anime and is originated from Japan. However, this fact didn’t matter as we all don’t need to say how much we love this series. Not only because it makes us feel nostalgic but also because it got many interesting elements that are also loved by adults.

The whole series centers on a young teenager named Ash Ketchum who desires to be the strongest gym leader. It also centers on many fictional creatures that are called “Pokemon”. These animal-like-looking creatures have some great powers that make them different from others.

Since these creatures are just like animals, they need to be tamed and that is when trainers enter the chat. But what is above them is there are gym leaders which are the highest-ranking of the Pokemon Gym. Their main job is to test the trainers and their Pokemon and see whether they are fit or not for the Pokemon championship. The trainer has to challenge them and if the trainer is able to defeat the gym leader, then they earn a badge from them.

Being a gym leader is not easy since it brings up a lot of responsibilities. Even though all of them work similarly, their experience, pokemon possession, and many other things vary their strengths.

As we have come a long way into the world of Pokemon everything started to get more and more fascinating. We began with the gyms and now we landed on the elite four. No matter what, the basic formula of progress is that all-powerful gym leaders are different. It is not made clear how these gym leaders gain their post but it surely varies from gym to gym. This is variation and divisions of power is necessary and hence, made us rank some of them on the basis of their strengths. So, let’s get into it and rank some of the strongest Gym Leaders we have seen till now from the whole series.

Clay is better known for being a businessman in the mining industry. However, since we are talking about a gym leader, he surely is one. He leads the Driftveil City’s Gym also known as Driftveil Gym. His field of specialization is the ground-type pokemon. Upon defeating him one can receive the Quake Badge. He appeared in the “Pokemon Black and White” in-game this gym become the fifth to be challenged. As we have also witnessed in the series, he turned out to be a tough opponent for Ash. In their battle, Clay used his Krokoroack, Palpatoad, and Excadrill. 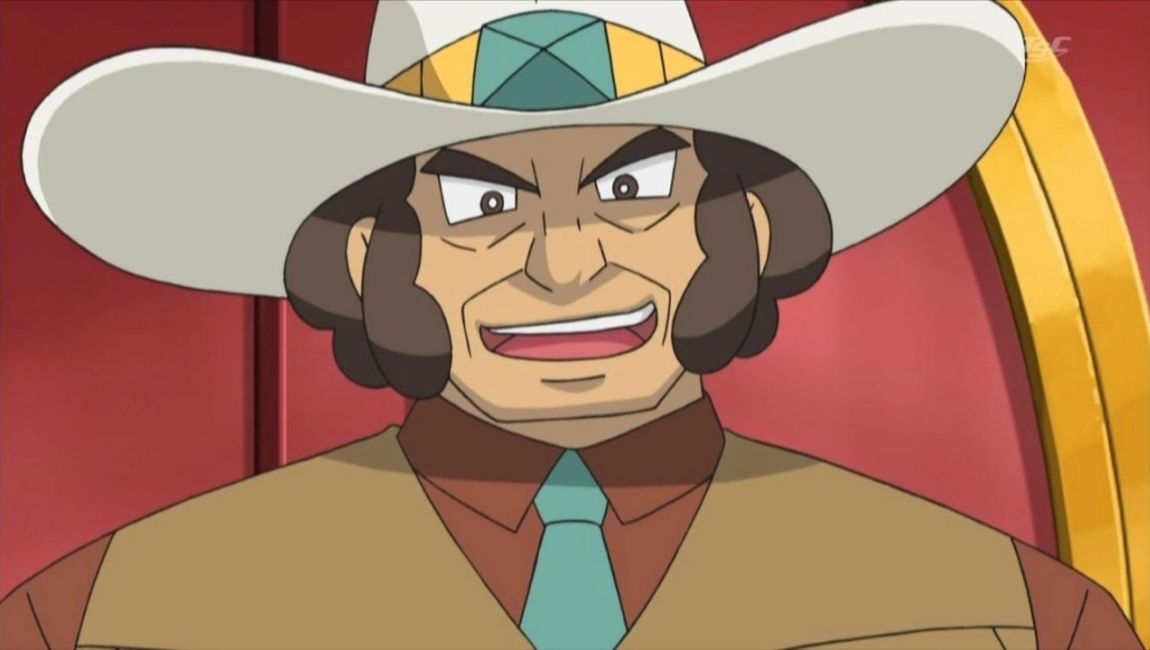 Falkner is quite a young boy but is a Gym Leader of the Violet City. You might have listed about the Voilet City a lot that shows how popular the battle between Falkner and Ash became. He is specialized in Flying Type Pokemon and after defeating him Ash received the Zephyr Badge. Falkner appeared quite a lot of times in Pokemon Gold, Silver, Crystal, HeartGold, and SoulSilver. It was an ultimate battle and where Falkner used his HootHoot and Pidgeot against Ash’s Pikachu and Charizard. With the held of Charizard, Ash was clearly in at advantage however this makes us wonder how will other beginner trainers will take on him. 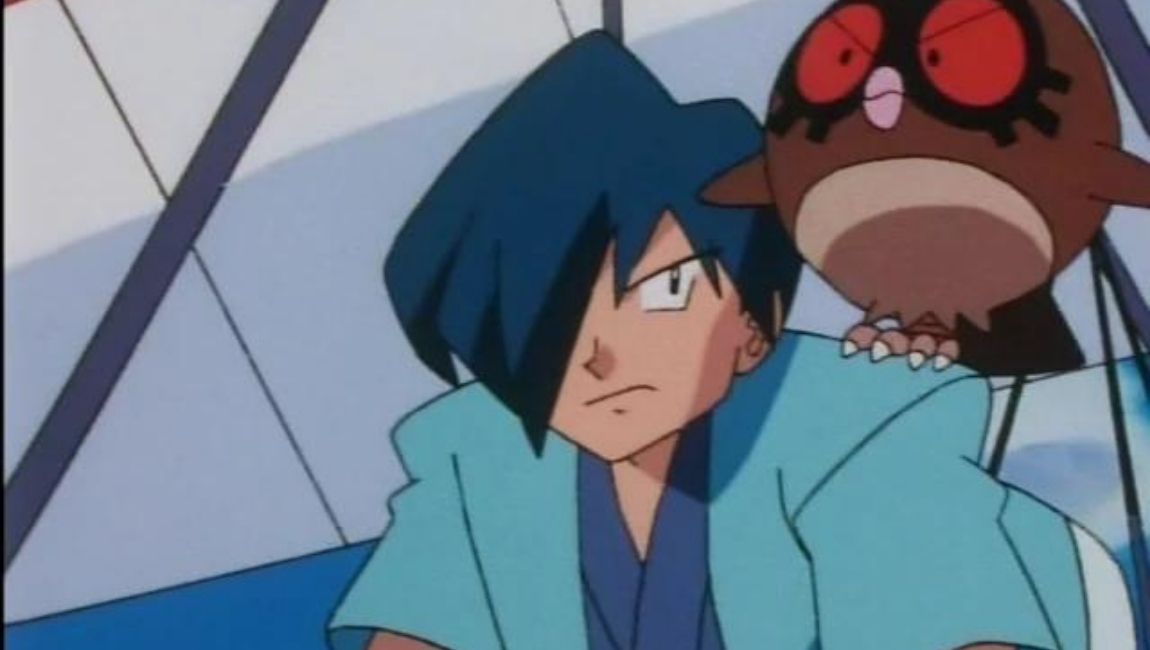 Judging by his look, he sure looks like a sunny man and he also lives in Sunyshore City. This fact makes him the gym leader of Sunyshore Gym. Just see how electrifying his looks are which is kind of affected by his field of specialization. He is specialized in the Electic type Pokemon and gives the Beacon Badge to trainers who defeat him. When you can think that a ground-type pokemon can easily defeat the electric one then let me tell you that his Electivire was able to defeat an evolved Torterra.  In the fight with Ash, his Luxary was able to take over Fire money but was defeated by Inefernape. 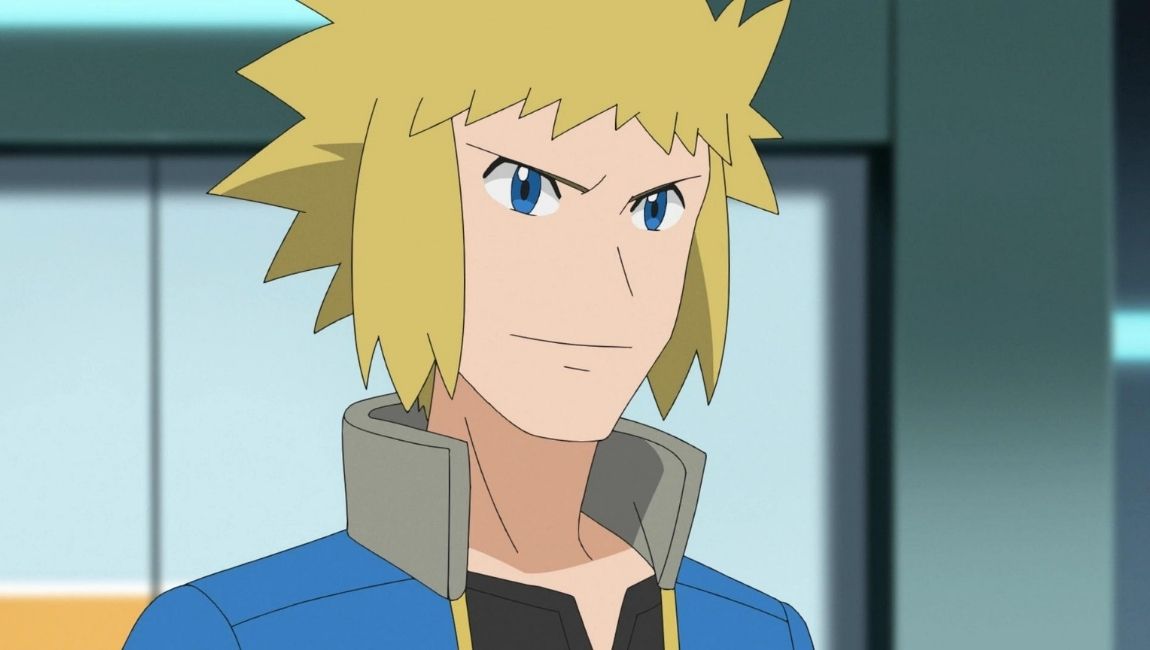 If you are following Pokemon from the time of your childhood, then you surely be aware of this old man. Blaine is the gym leader of Cinnar Gym which is situated on Cinnabar Island. Noticing his age, he is an extremely experienced and highly intelligent man and got a good knowledge of fire-type pokemon. After a trainer defeats him, he/ she can earn a Volcano Badge. Since he is one of the first gym leaders who encountered Ash, they surely get into a battle. Even though Ash has some powerful pokemon but he was not able to defeat him the first time and get into a rematch with him. 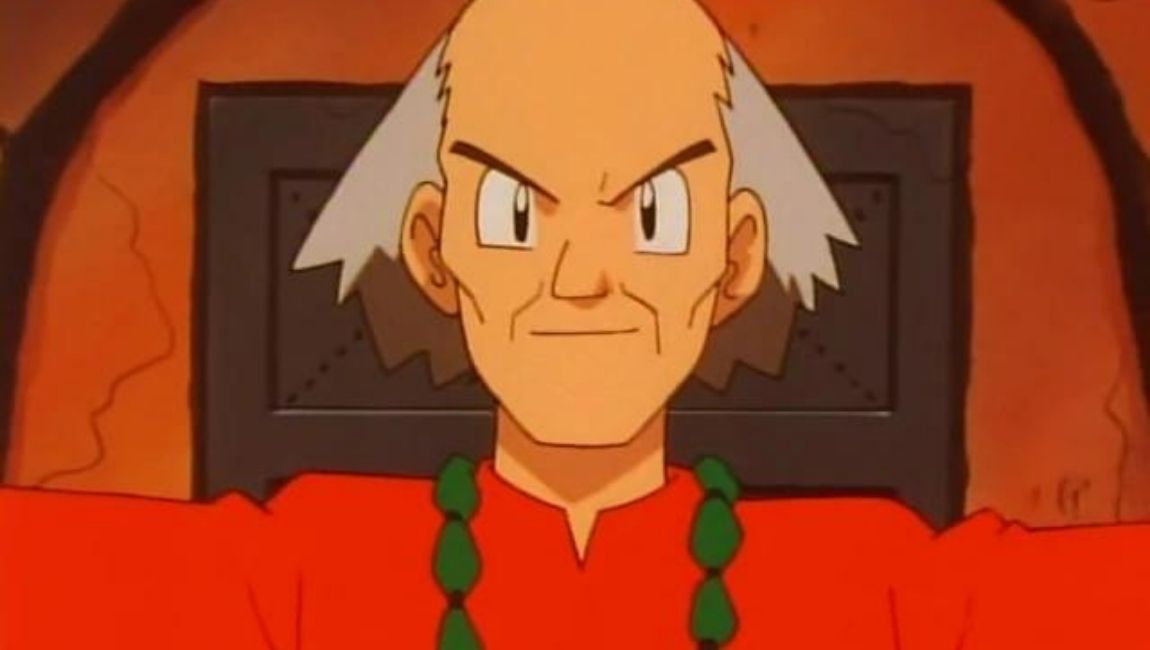 Roxie was a literal look of a rock star but no she is not specialized in Rock-type pokemon. She lives in Virbank City and is the gym leader of Virbank Gym. She is specialized in Poison-type pokemon and gives a toxic badge to a trainer who will defeat her. The reason why she always has her guitar is that she is a musician and plays the bass guitar. She clearly showed her power and experience against Ash when she used only 3 of her pokemon but made Ash use six of his. Her strongest pokemon includes Koffing and Garboder along with Scolipede who she used in the battle against Ash. 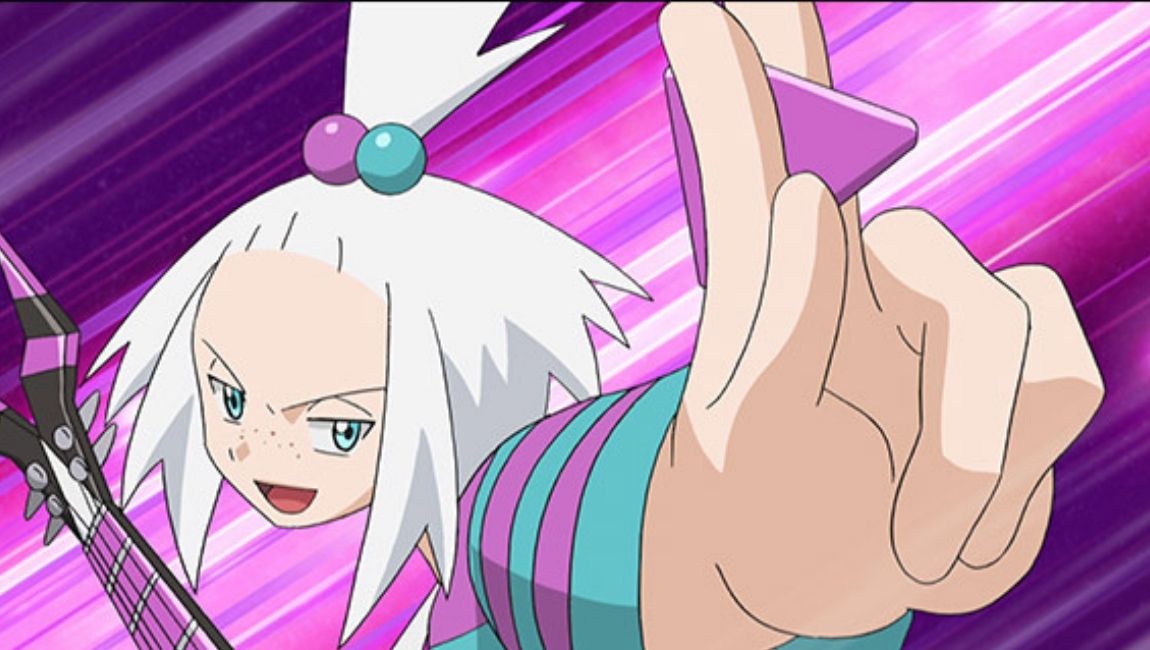 Now we are here at the top 5 of the list and here you will get all the mighty gym leaders of all time. Warning! don’t judge them on their appearance that can cause you so much trouble. Next, we got the gym leader of the Blackthorn Gym of the Blackthorn City. Clair is specialized in the Dragon-Type Pokemons and one who defeats her gets the Rising Badge. When it comes to dragon-type pokemon it gets really difficult to choose the right type of pokemon to fight them. Her Kingdra and Dragonair were against Ash’s Pikachu, Noctowl, Gyrados, Snorlax, and Charizard. 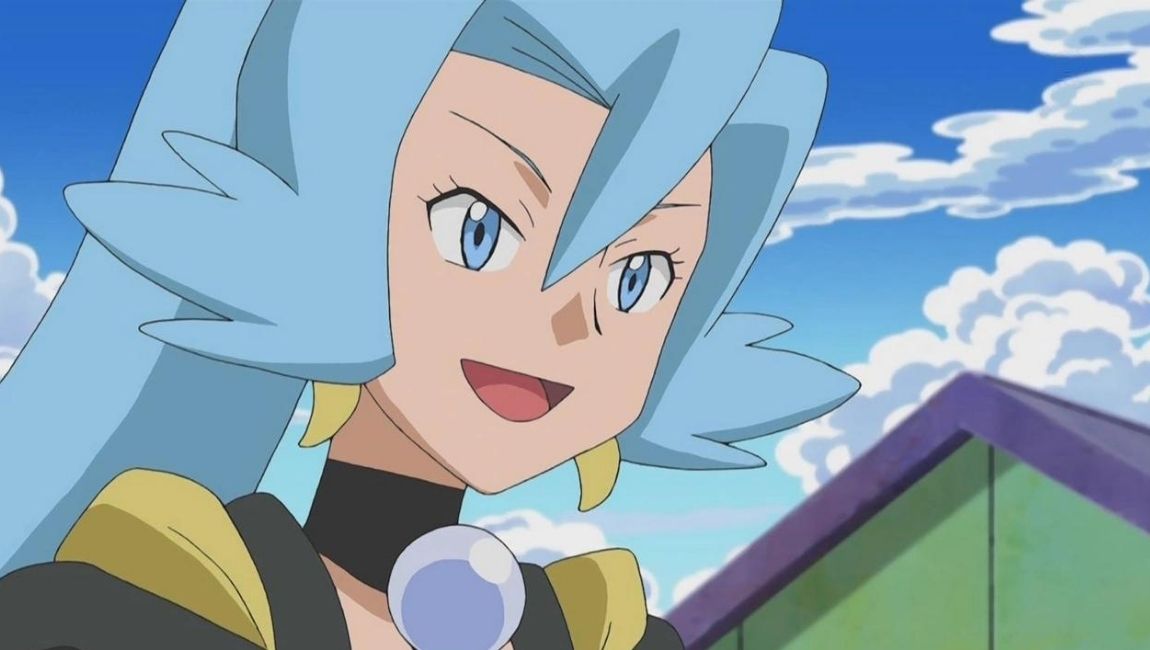 This cute pink-headed girl right here is very strong so don’t underestimate her due to her looks. Whitney lives in Goldenrod City and is the Gym Leader of Goldenrod Gym. She is specialized in the normal type of pokemon and presents the trainer who defeats her with a plain badge. Everything about her sounds so boring until you have to get into a battle with her. Her annoying little Miltank was able to defeat Ash’s Cyndaquil, Totodile, and Pikachu. Interesting isn’t it? That is what she does, she annoys the hell out of a trainer and makes him/her take some rash decisions. 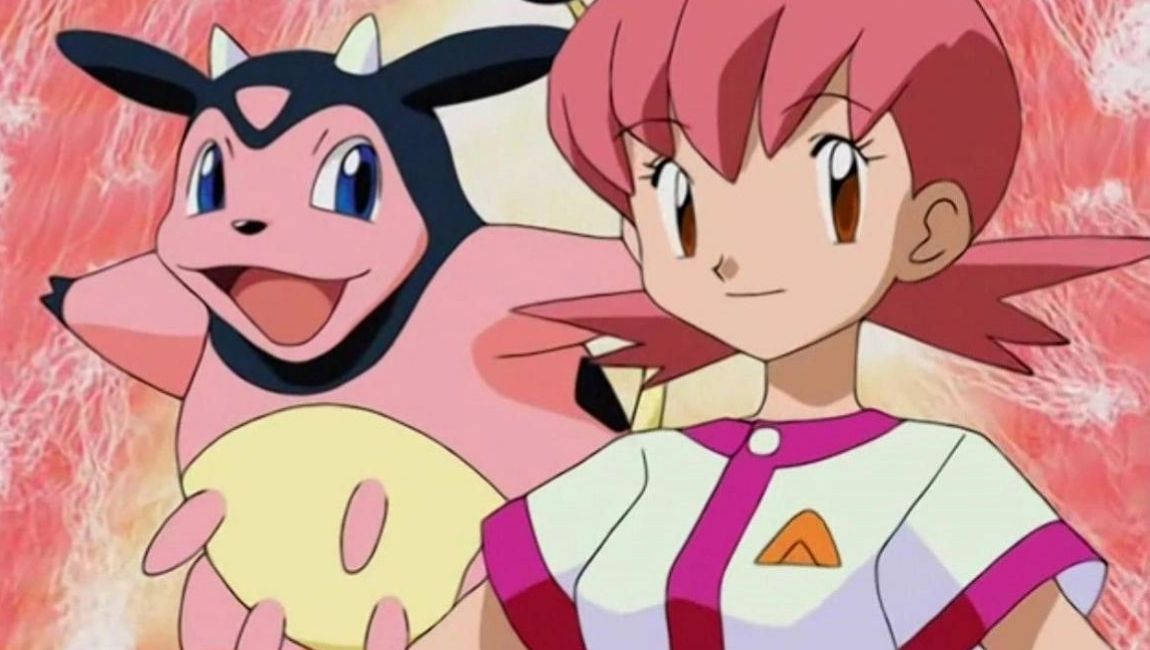 Now we are in the top 3 and the competition is very tough. In 3rd place, we have Wulfric the gym leader of Snowbeller Gym of the Snowbelle City. Wulfric is specialized ice-type pokemon which you might have guessed due to the name of the city. If he a trainer defeats him, he presents them with the iceberg Badge. The best thing about him is that he is not only the strongest but also kind towards hits pokemon and many people and pokemon admire him for this. His strongest pokemon is Avalugg who was alone able to defeat Hawlucha, Talonflame, and Greninja. 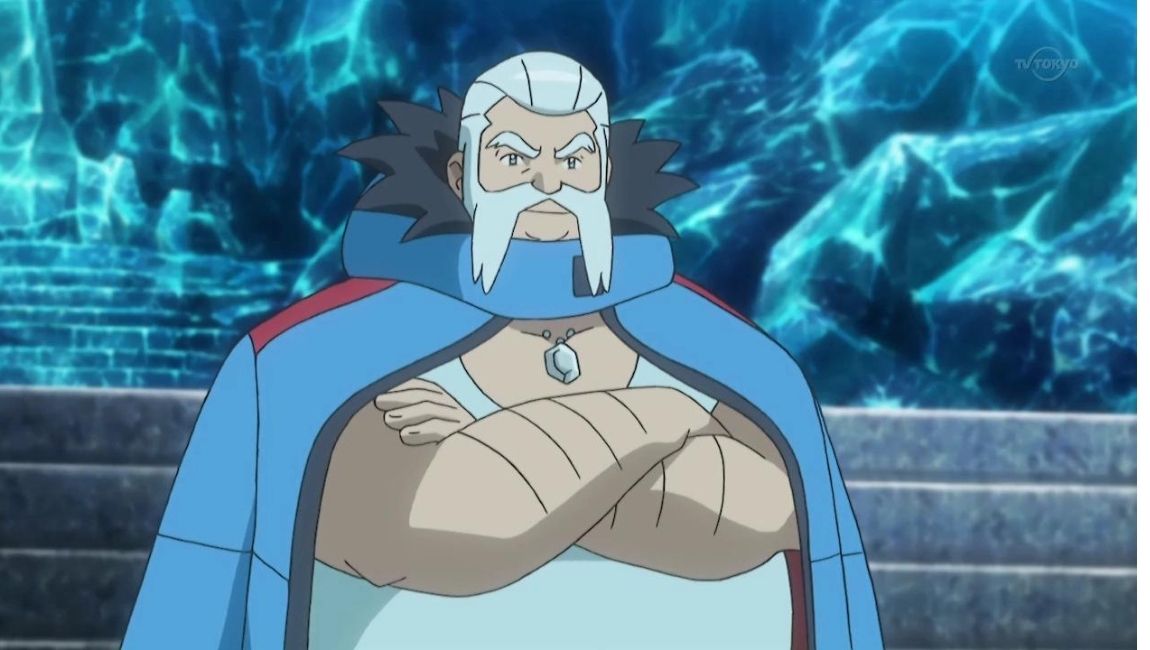 Drake is one of those unforgettable characters whose name comes to mind whenever we think about Pokemon. Everyone remembers the Orange League and that was the time Ash came forth with Drake. If a trainer wishes to defeat him he has to fight him at the Pummelo Stadium. He is specialized in fire-type pokemon and a trainer who defeats him is the winner of the Orange League and receives the trophy. He possesses one of the most powerful fire-type pokemon Dragonite. The pokemon became the one who gave Ash the toughest competition since he ran out of almost all his Pokemons. 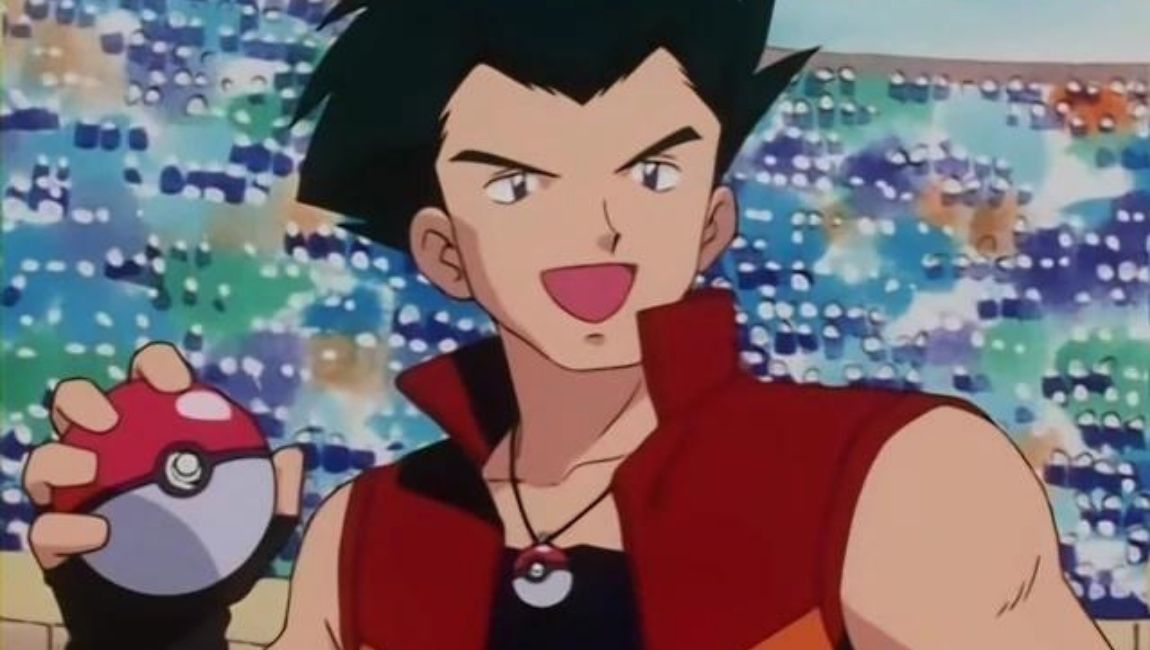 As we finally reached number one among all the Gym Leaders on the list, it’s time to remind the battle. During the battle between Sabrina and Ash, she turned out to be the toughest of all. She gave him a tough time as she was able to dodge Pikachu’s attack and send it right back at him. Ash has to use Pikachu, Charmander, Squirtle, and Bulbasaur against Kadabra. Things get more difficult after she turned Mitsy and Brock into Dolls using her Psychic Powers. 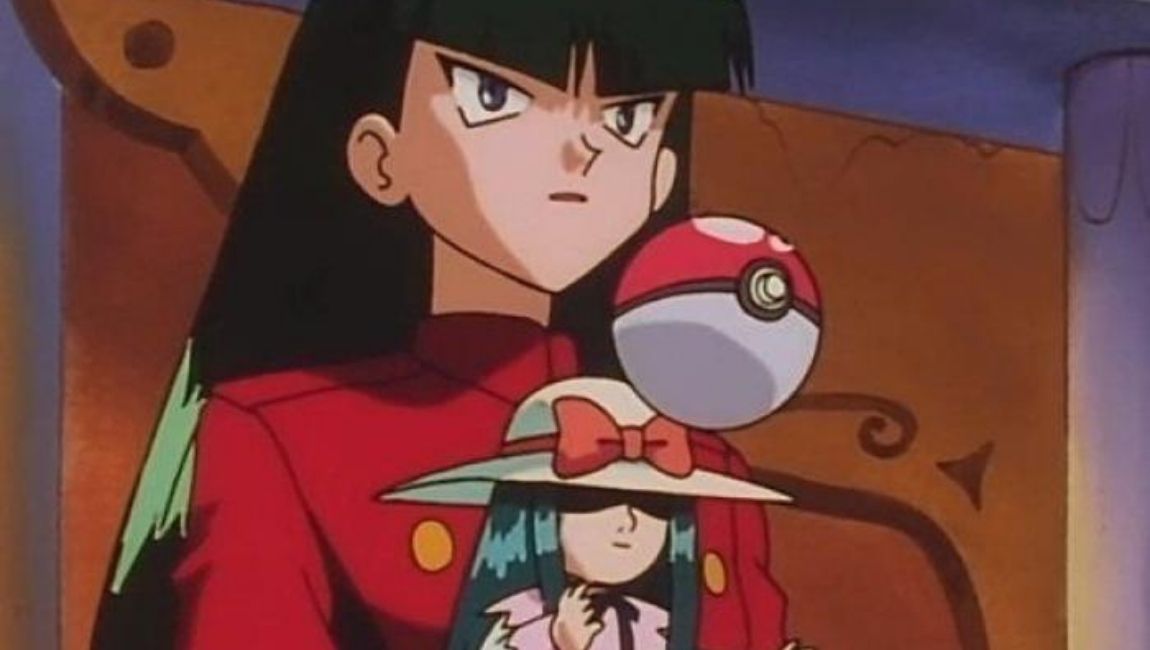 She is the gym leader of the Saffron City and is specialized in Psychic Type pokemon. It has been quite evident that psychic pokemon holds a great deal of power. If a trainer is successful to defeat her, they can earn a Marsh Badge.