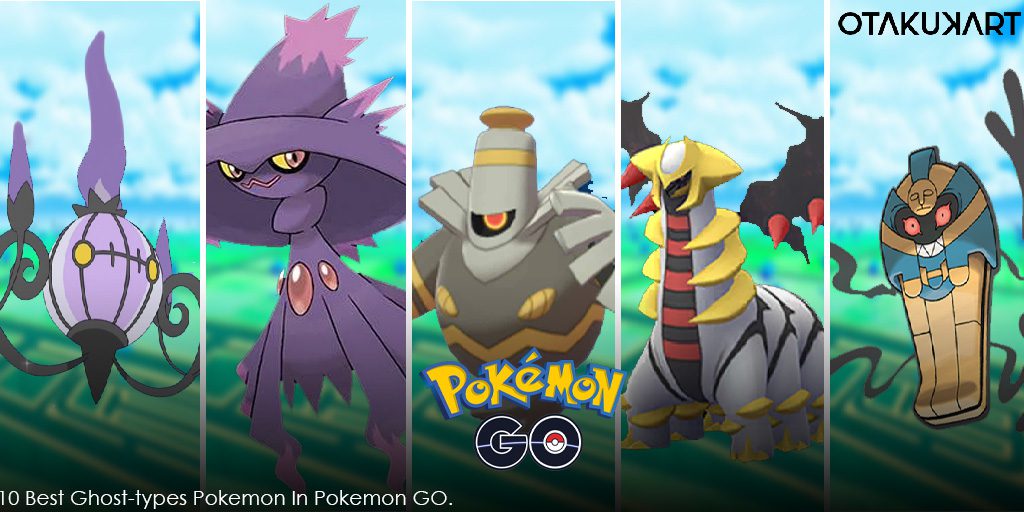 Pokemon GO earlier development started in 2014. The game was released with 150 species of Pokemon, but by 2021, it increased to 700 species. The game is a free-to-play title and uses local advertising and in-app purchases for game items like Pokeballs, potions, Luck Egg, etc. Pokemon GO popularized Augmented Reality usage and location-based technology in video games. It became a huge success during its release reaching 10 million users within the week. By the end of the first month of release, Pokemon GO downloads exceeded 100 million. Pokemon GO has generated over one billion dollars as of writing this blog.

Here are some of the 10 best Ghost-type Pokemon from Pokemon Go. Do not worry the list will contain their base and combat stats, along with their brief description, if you want to know more about any one of the Pokemon.

Introduced in Generation IV, Froslass can do some pretty chilly and icy attacks, where the foes will faint. This Pokemon only comes from female Snorunts and with a Sinnoh Stone. It is one of the final evolution of Snorunt. The Froslass does best against Psychic-type and Flying-type Pokemon. 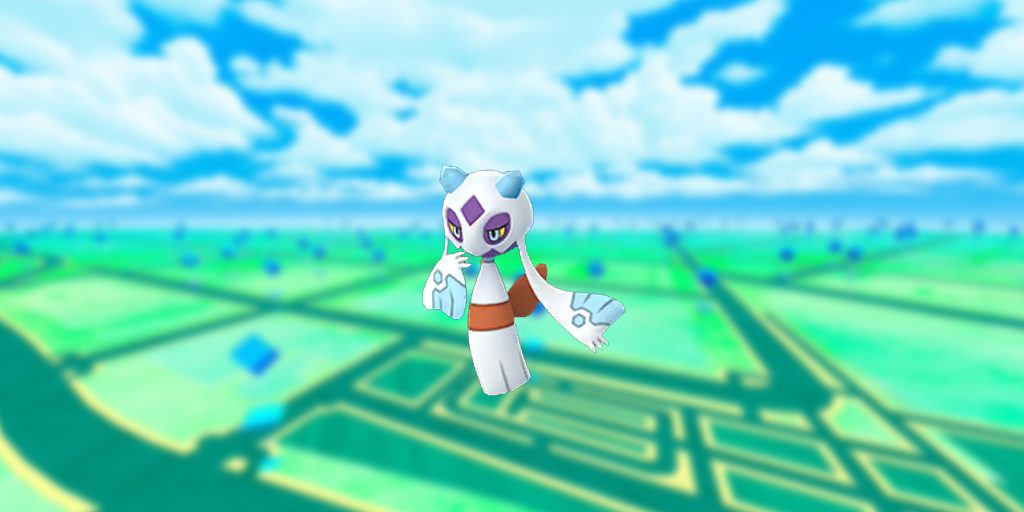 Froslass came to be when a woman met her demise on a snowy night, and her regrets lingered on, giving birth to Froslass.

The most recent addition in the Pokemon, Runerigus, is Ground and Ghost-type Pokemon. Runerigus evolves from Yamask when given 50 candies and won 10 raids as a buddy Pokemon. This Pokemon will work best defensively. 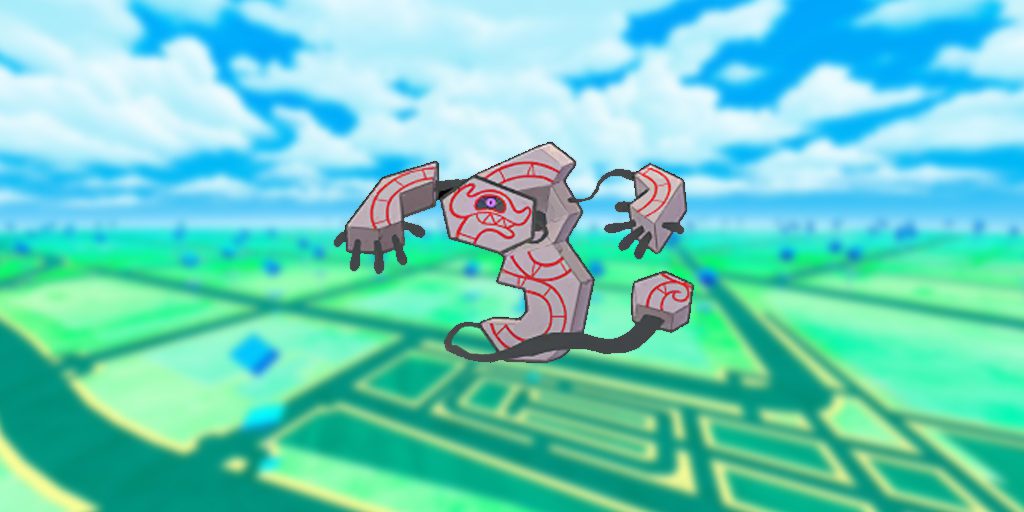 When an ancient painting got a powerful curse, it moved after absorbing the spirit of Yamask. When you touch the painting, though you should not, the horrific memory carved on it will come to you.

This balloony Pokemon works and attacks best when flying. Drifblim evolves from Drifloon when given 50 candies. Drifblim made its first appearance in Generation IV. Though weaker in Attack and Defense, Drifblim shines best for its Stamina, which is 312. 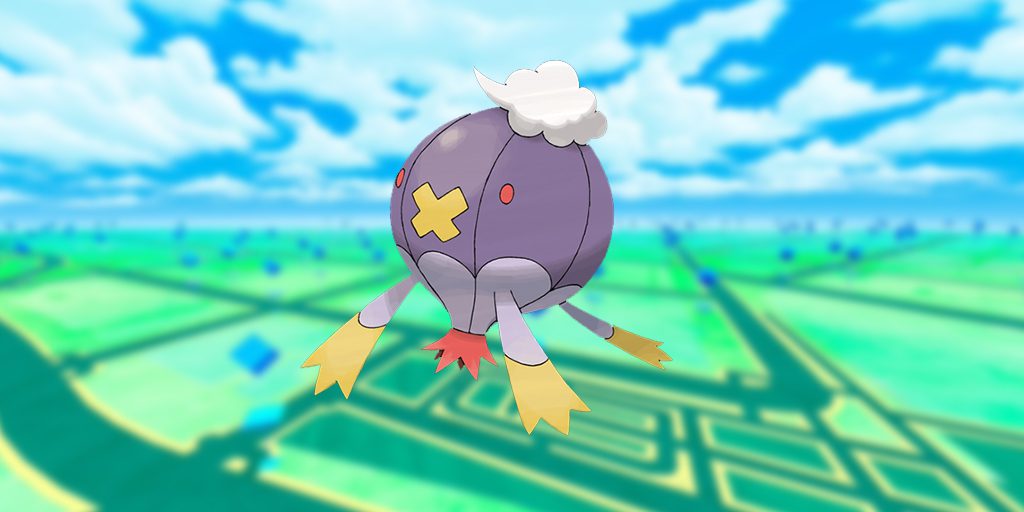 Driflim carries the souls who are burdened with regrets.

If you thought that Runerigus looks horrifying, then Cofagrigus is not that behind either. Cofagrigus has some creepy and terrifying designs. This Pokemon made its first appearance in Generation V and evolves from Yamask after 50 candies. This Pokemon is strictly a Ghost-type Pokemon and comes with a variety of moves during combat. 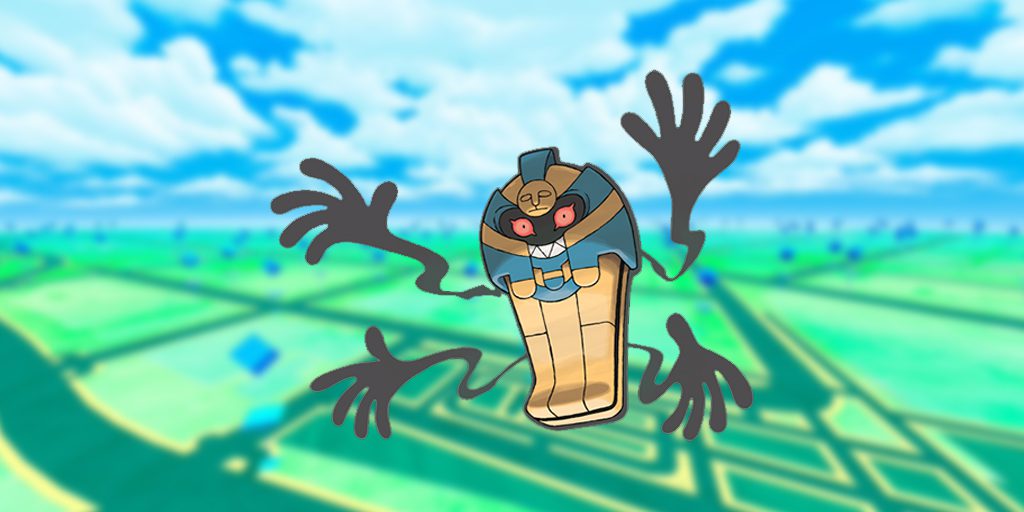 The body of sparkling gold, Cofagrigus forgot that once it was a human.

Mismagius is also a strictly Ghost-type Pokemon. Introduced in Generation IV, Mismagius evolves from Misdreavus after feeding it with 100 candies and a Sinnoh Stone. With many varieties of unique attacks, it is said that Mismagius’ weakest attack will shut the enemy. 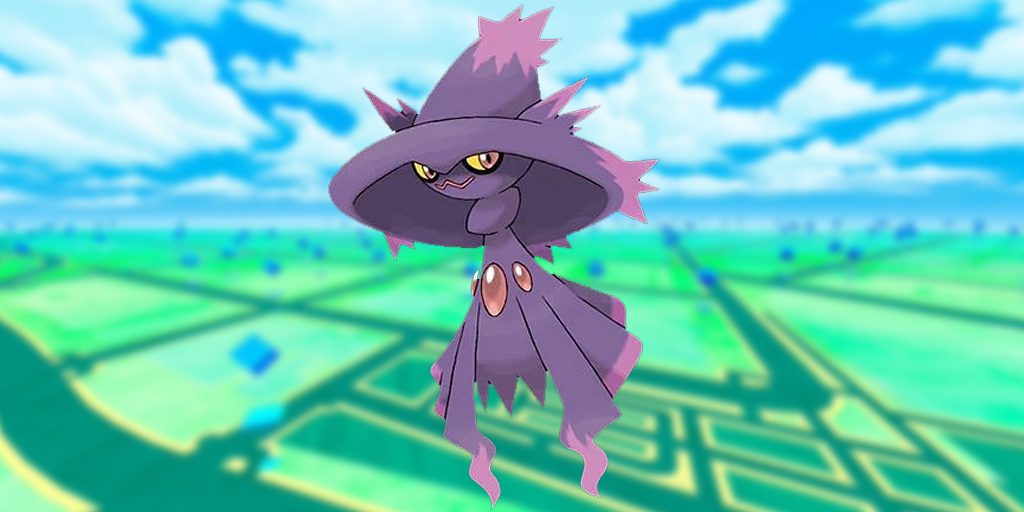 Mismagius has a fearful reputation for its curses and wraith, but sometimes on a whim, it helps people with spells.

Dusknoir is a bodied Pokemon who boasts a high defense. Do not undermine it for its body, it can attack just fine, or better than just fine. Introduced in Generation IV, it evolves from Duskull after feeding it 100 candies and a Sinnoh Stone. This Pokemon is also the final stage of evolution for Duskull. 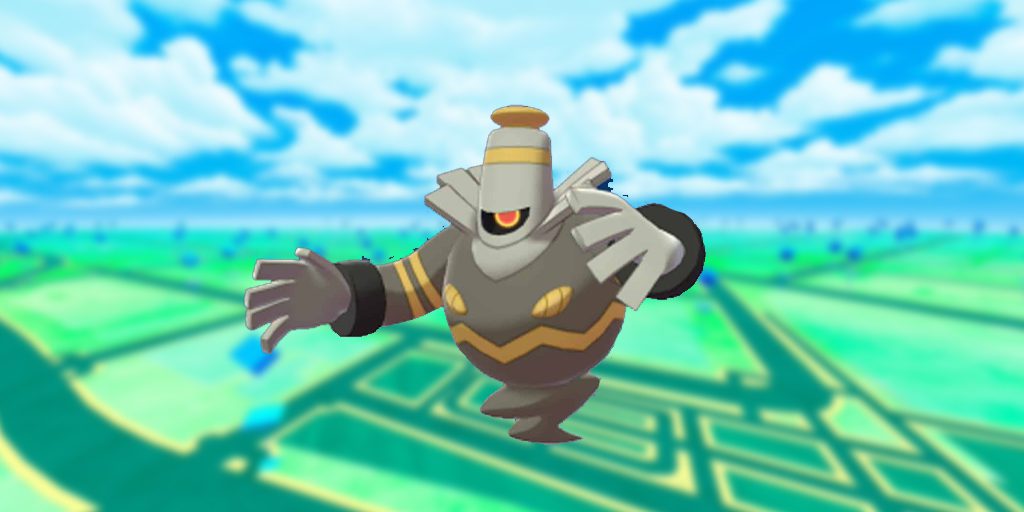 Receiving transmission from the spirit world, Dusknoir steals people and Pokemon away. Many wonder if Dusknoir has its own will or not.

If a Pokemon has a huge golem appearance, then understand that the attack it brings is also huge and terrifying. Though a Ghost-type, its attacks are Ground-type moves. Introduced in Generation V, this Pokemon evolves from Golett after feeding it 50 candies. 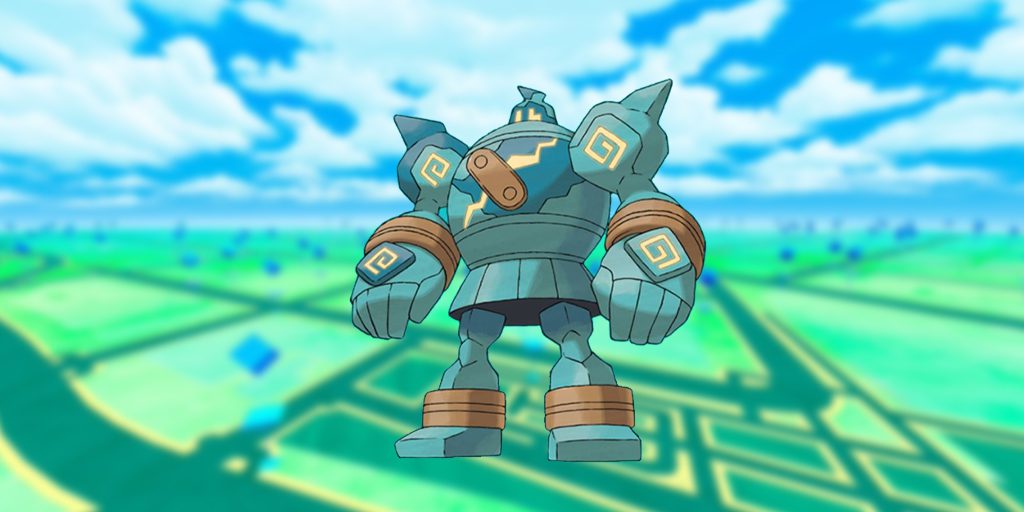 On the walls of ancient castles were built artillery which served perches for Golurk. From there, it could fire energy beams.

Considered the best in all of the Ghost-type Pokemons, Chandelure comes as a Ghost-type and Fire-type pokemon. This dual status brings some real and serious damage to the enemy. It is said that with Chandelure, patience is best till its best and highest levels. Introduced in Generation V, Chandelure evolves from Lampent after feeding it 100 candies and an Unova Stone. 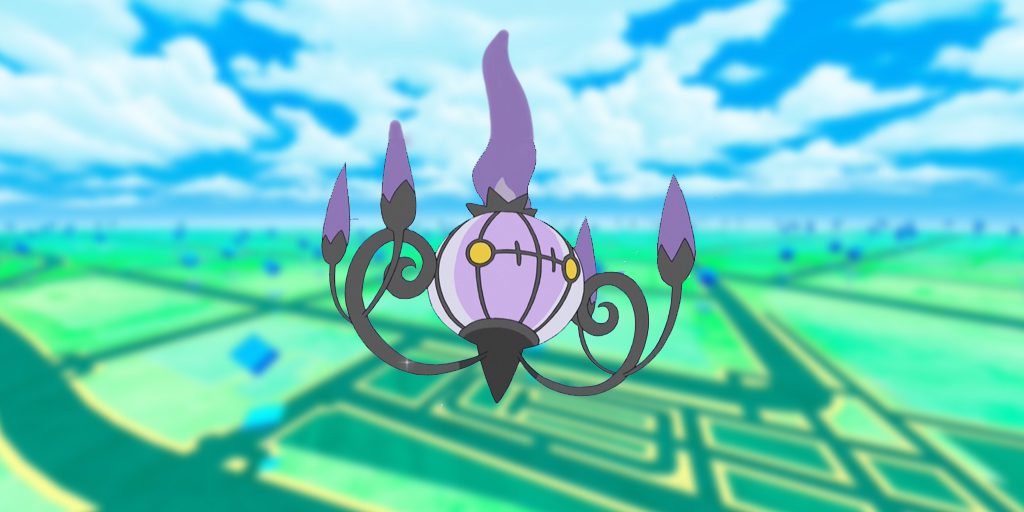 It is said that Chandelure haunts the mansions, which have been a target of neglect. With its dancing flames, it hypnotizes its opponent.

One of the OG Pokemon, Gengar, came with the Generation I of Pokemon. With some of the devastating moveset, Gengar’s attack is second to none on this list. Gengar evolves from Haunter at the cost of 100 candies and is the final evolution of Gastly. To Mega Evolve Gengar, it must receive 200 Mega Energy. 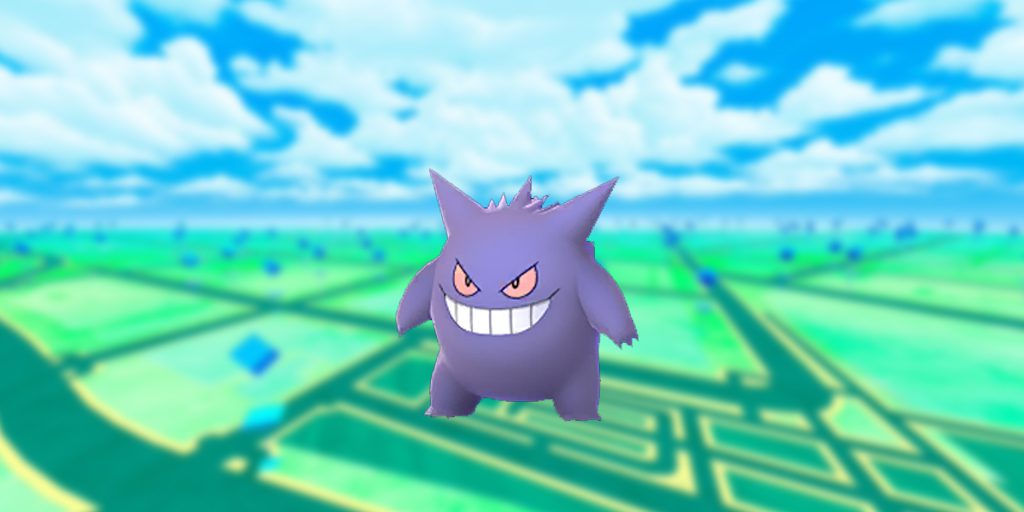 If the shadow moves in the darkness and laughs on a full moon night, then know there is Gengar.

To no one’s surprise is Giratina, whose look is terrifying with a dragony look and at that being a Ghost-type and Dragon-type Pokemon. Giratina was introduced in Generation IV. It is a legendary Pokemon in the game. 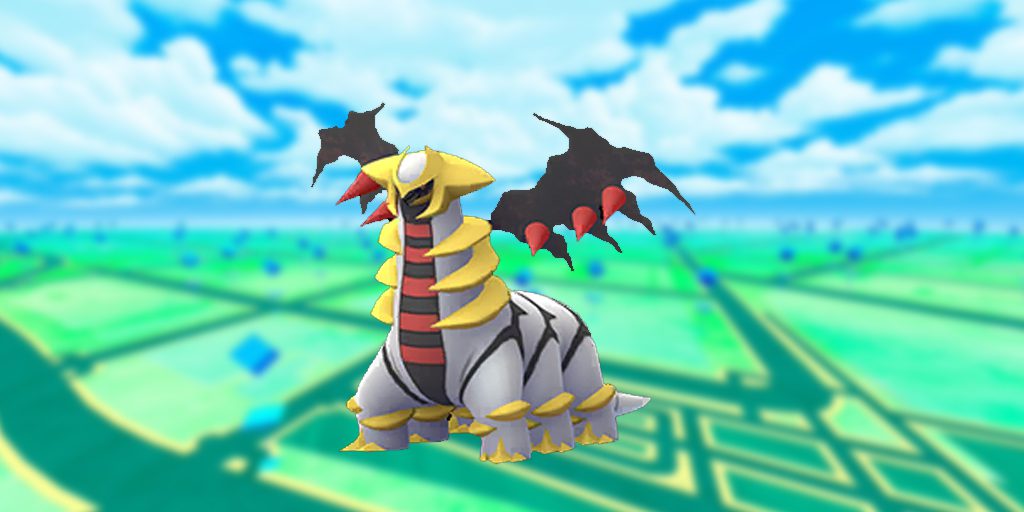 It is said about Giratina that it lived on the reverse side of our planet, where everything is distorted and strange.