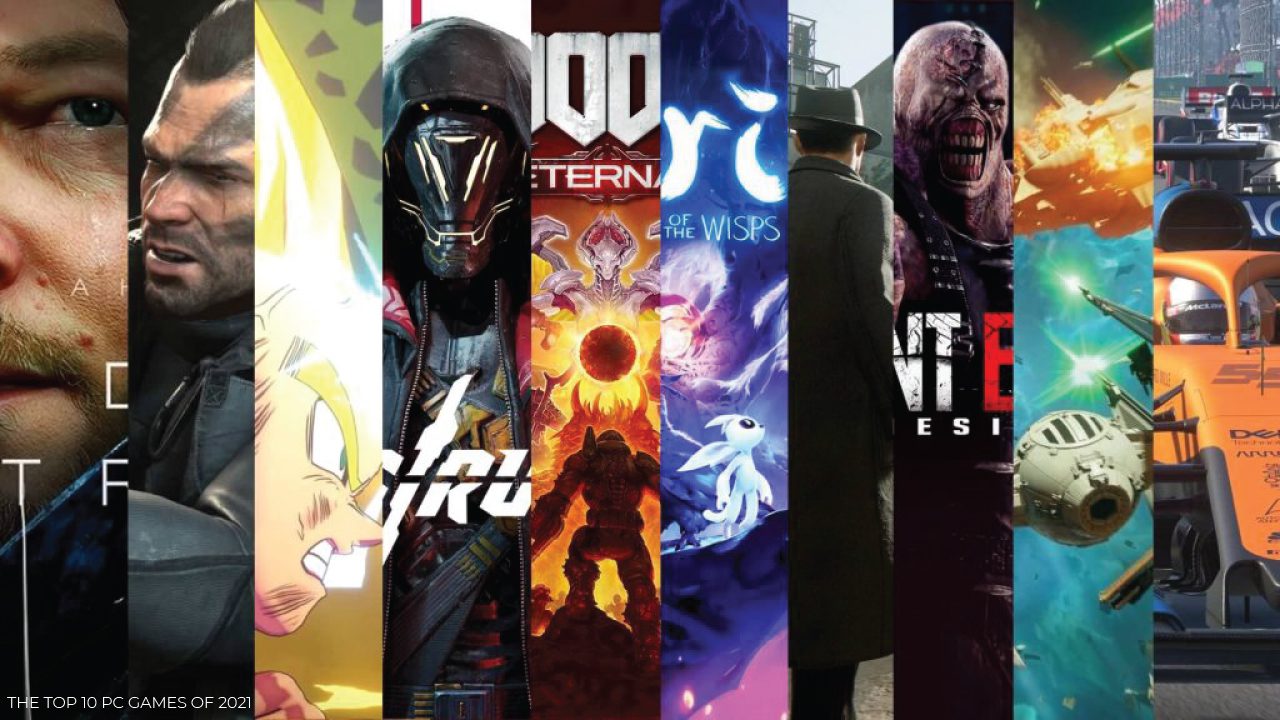 It has been a great year so far for PC gamers, and therefore it is hard to list the top 10 pc games of 2021. The game developers have come out with mind-blowing game offerings. We saw the technology of ray tracing arriving in more and more games. The ray-tracing features allow the gamers to experience a more realistic and immersive gameplay environment. In addition to that, the introduction of a new and powerful graphics card made the performance even more amazing. Nvidia and AMD came out with their latest graphic cards last year, which have been in major demand this whole year. The new RTX 3070, RTX 3080, and RTX 3090 graphic cards from Nvidia were especially in a lot of demand for their amazing ray tracing supporting hardware.

These cards even allowed the players to experience the new games even in 4K resolution with a smooth 60 fps gameplay. On the other hand, AMD also launched its new line-up of graphic cards, including the RX 6800, RX 600 XT, and RX 6900 XT, enabling the players to enjoy 4K resolution gaming easily. The gaming community knows well that the consoles still have a limit when it comes to performance, whereas PC performance can be increased every time with an upgrade. Although, the new generation consoles like PlayStation 5 and Xbox Series X/S have covered a lot of performance gaps between PC and Consoles. But the PC always manages to get ahead. Therefore, we are going to check out the top 10 pc games of 2021 and give you a bit of information about them.

The task of selecting the best games out of all the game releases every year is a difficult one. This task becomes even more difficult when the year has not been over yet, and there are more upcoming games. So to keep it fair and simple, we have tried to take the games according to their hype, their ratings on the internet, the ones we have played ourselves, and those games too, which are going to arrive later in 2021. Therefore, this list of the top 10 pc games of 2021 is going to have the games that have already been released and the ones that are yet to release in the upcoming months of 2021. However, this list will also have those games which released late in 2020 but had been coming out with new DLCs this year or have been played a lot this year in general.

This latest simulation game from Microsoft hit the gaming market last year in 2020. The game has been very popular since then among the gaming community. Although, the game was criticized for the long loading times and some delays in the loading of the surrounding. But it still managed to win the hearts of the players with the amazing visuals and graphics it provided. The game is a flight simulator that allows the players to learn the basics of flying a plane. 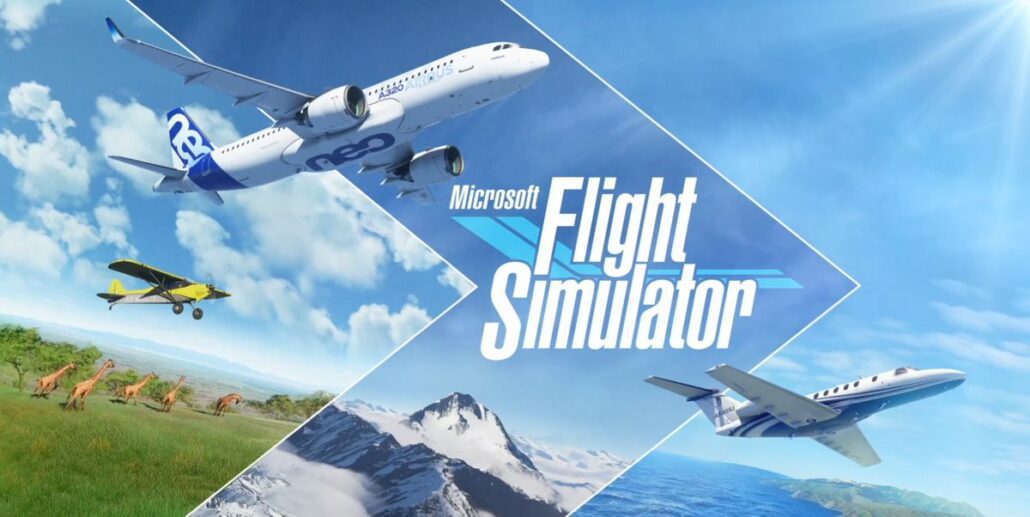 In addition to that, it also allows the players to explore the different regions of the world once they have learned to fly. Gamers can fly anywhere in the world virtually with this game. It uses Bing maps and artificial intelligence to provide a simulated topography of the earth. Moreover, the developers are constantly fixing the bugs and issues with updates. In addition to that, the game brings out new regions to explore with new updates. Microsoft Flight Simulator attracted a lot of non-gamers as well because it was a means of exploring the world virtually in 4K. The game also benefited from the pandemic situation as it was a means for the players to roam around virtually from their couches.

Also Read: Top 10 Mobile Games That Are Being Played In 2021

This action role-playing game is a sequel as well as a prequel to the original game that came out in 2017. However, many people might get confused about how the game is both a sequel and prequel. It is a sequel because the last few chapters of the story are set in the years after the original game’s events. Meanwhile, it acts as a prequel in most of the story, which is set before the events of Nioh from 2017. 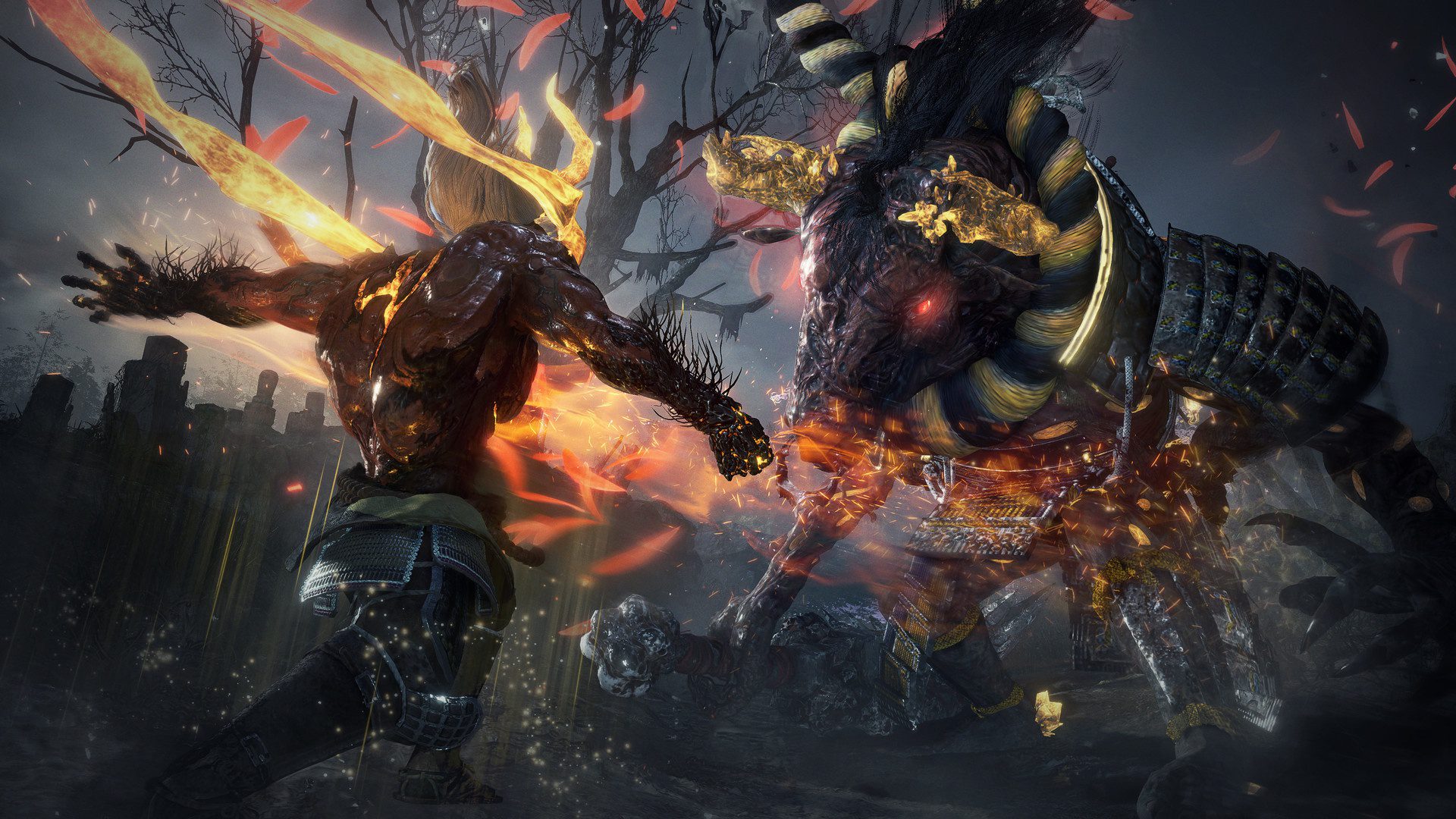 Nioh 2 is an offering of the Japanese game developers Team Ninja and Kou Shibusawa. The game first arrived on 20th March 2020 only on PlayStation 4. However, it was later released for PC and PS5 on 5th February 2021. The game has a fantastic storyline and great action sequences. The fighting and finishing moves are also very satisfying. Therefore it has been added to the list of the top 10 pc games of 2021.

Resident Evil Village is yet another amazing entry in the Resident Evil game series. The giant game developer Capcom has developed the game as well as published it. The game was a huge success for its amazing graphics and attention to detail. It makes the survival horror gameplay experience even more realistic with its first-person gameplay mechanism. In addition to that, the game has some of the best terrifying characters as the villains. RE Village is a sequel to the previous game in the franchise titled Resident Evil 7: Biohazard.

Moreover, this game continues the story of the events of Biohazard three years later. Ethan Winters is the protagonist of the game who is on the lookout for his daughter. His daughter named Rosemary, was captured after the kidnappers killed his wife. The story is set in an Eastern European village, and he has to travel throughout the village to find Rosemary. However, it gets very dangerous for him as he has to fight scary creatures. In addition to that, he has to go up against Mother Miranda, who rules the village, and those creatures too.

Hitman 3 is another well-deserving game to make the list of top 10 pc games of 2021. This is the third entry in the famous Hitman trilogy. Hitman 3 gained a lot of popularity for its amazing graphics and gameplay mechanism. The players control the protagonist named Agent 47 on his various missions across the world. This game has marked the conclusion of the story throughout the trilogy. However, the developers at IO Interactive have said that this won’t be the last game. Hitman 3 arrived on 20th January 2021 and easily became one of the top games of 2021.

There will not be a single list of best games that won’t include the Mass Effect game series. The developers and publishers at BioWare and Electronic Arts decided to bring back that legacy for the fans in 2021. To be honest, there was no better way to let the fans of the series experience the legendary trilogy with a remastered version. However, Mass Effect Legendary Edition is not just a remastered version with amazing graphics. The game brings in a lot more content like new weapons, armors, and much more stuff. The game’s success can be determined by the fact that it exceeded the company’s expectations by a big margin.

This is the first game in the list of top 10 pc games of 2021 that is yet to arrive this year. However, the game has got the fans hyped up and anticipated. Far Cry 6 is a part of the Far Cry game series and is the sixth main installment in the line-up. In addition to that, like every other game in the series, this is also set in a different region. This time the story is set in the fictional Caribbean island of Yara. ‘El Presidente’ Antón Castillo rules the region and is a violent dictator. The players have to bring down his regime and free the people from his rule. Far Cry 6 will release on 7th October 2021.

Little Nightmares 2 is probably one of the best, if not the best game of 2021. This game is a prequel to the original horror adventure game Little Nightmares that came out in 2017. This new installment in the series has impressed the fans and critics a lot. In addition to that, the amazing 2.5D world in the game has made the gameplay experience different and enjoyable at the same time. The Swedish developer named Tarsier Studios has developed the game, whereas Bandai Namco Entertainment has published it. The game first arrived on 11th February 2021. However, an enhanced edition of the game was released on 25th August 2021 for PC, the latest Xbox consoles, and PS5. 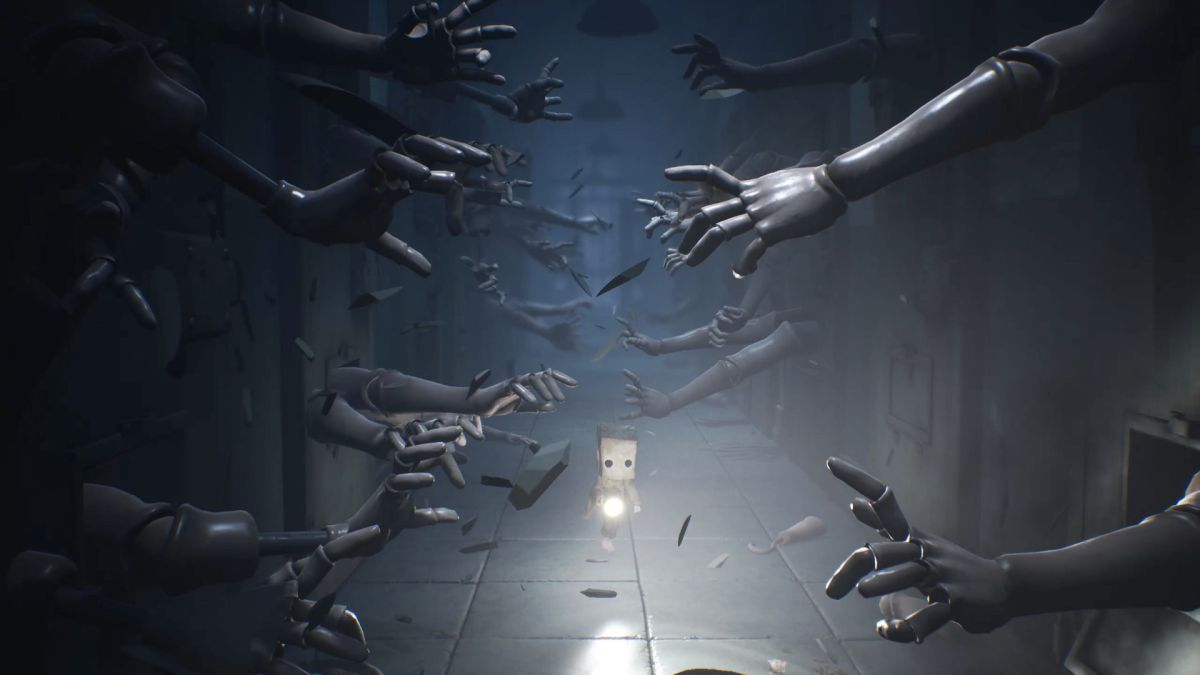 It is not a surprise that the upcoming game in the Forza Horizon has made the list of top 10 pc games of 2021. Forza Horizon 5 is the fifth installment in the Forza Horizon game series, which is set to arrive on 9th November 2021. The racing game from the publishers at Microsoft is one of the top anticipated games of 2021. The game is set in Mexico, just like the other installments, which had different regions in each game. They will also bring along new cars which have been very popular recently in the real world. The developers have been releasing several in-game footages to hype up the game more.

The Battlefield game franchise is one of the most popular game franchises in the first-person shooter category of games. Battlefield 2042 was announced on 9th June 2021 officially, and it made the fans go crazy. The trailer of the gameplay featured some iconic moments from old Battlefield games. This became a highlight among the old hardcore fans of the series as well the ones that are new to the series. However, this time the game will have a different approach altogether. It will only be a multiplayer game and will no longer have a single-player campaign mode. Although, the battle royale-like multiplayer gameplay has got the fans intrigued. The game is scheduled to release on 22nd October 2021.

The Halo game franchise does not need any introduction for the gaming community. This is the game series every other person has either heard or played in their lives. Therefore, the developers are now coming out with another game in the series titled Halo Infinite. This has been one of the longest awaited and most hyped games of this year. The first trailer of Halo Infinite blew away the minds of the fans with the amazing multiplayer mode. The game will also have a single-player campaign mode, but that would be a paid one. But, the battle royale-like multiplayer mode will be free to play. However, the game will be exclusive to PC and Xbox consoles only. It is set to arrive on 8th December 2021.