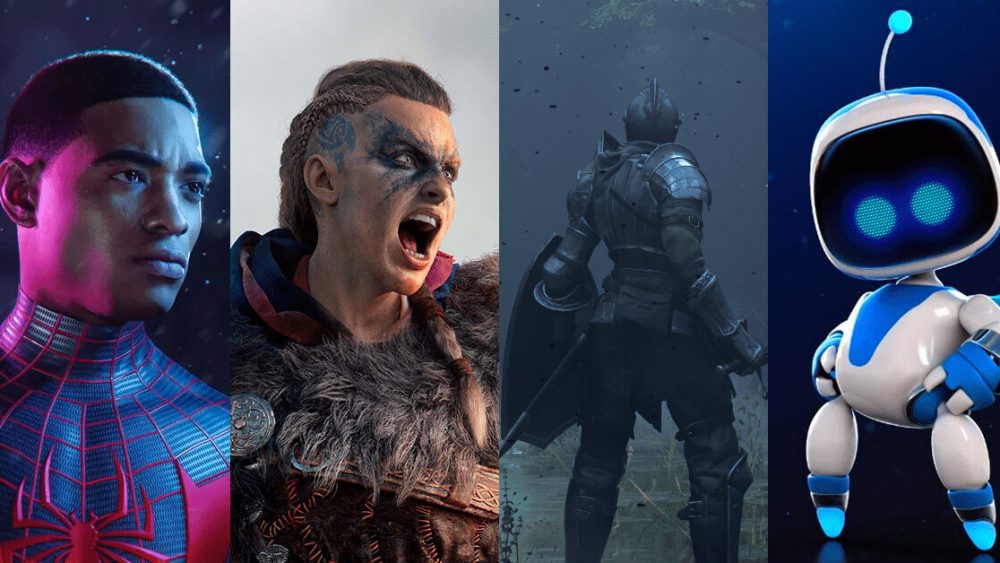 After years of wait, Sony finally launched its next-gen console, The Play Station 5. Sony and Microsoft both launched their latest gaming consoles around the same time and both of them have received tons of negative as well as positive reviews. A lot of games that have been on The PlayStation 4 have already been revamped for the next-gen console so that people who have bought the PS5 don’t have to wait for new titles.

We are here to discuss those titles and maybe some new ones which are the best titles to play on this console. Here are the top 10 games which you can enjoy on your Sony PlayStation 5.

This is Marvel’s one of the finest super-hero game creations. This game is a remastered version of the older consoles. Spider-Man was originally launched in 2018 by Insomniac games. It was a huge hit among the masses. The graphics, gameplay are amazing. Exploring the New York city with weaving webs across the skyscrapers is one of the highlights of this game. 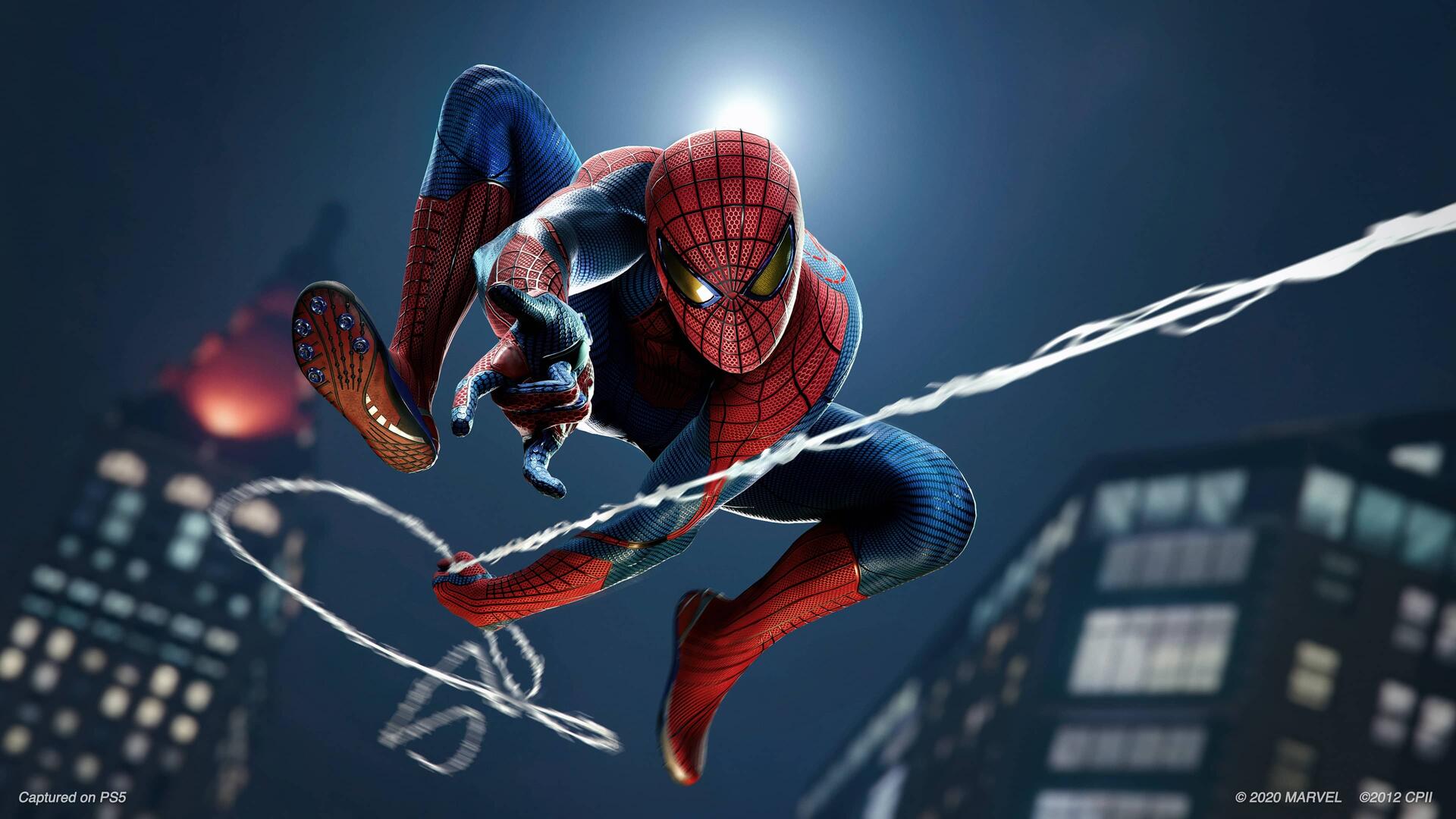 The remastered version takes the graphics to next level with the addition of ray-tracing and 4K support. There are also a lot of minor updates in gameplay that will make your experience more fun. Even if you have played the game previously this is a must-try game on the latest console by Sony.

Hitman 3 was launched in 2021 so this game was made by keeping in mind the Sony PS5. Even if you play this game on Play Station 4, the graphics are top-notch. Sony Play Station 5 makes it surreal. The breathtaking locations are the highlights of this game. You travel across the world to different locations to accomplish your tasks as an assassin which are given to you. Every mission has something unique and there are endless ways to kill your target. 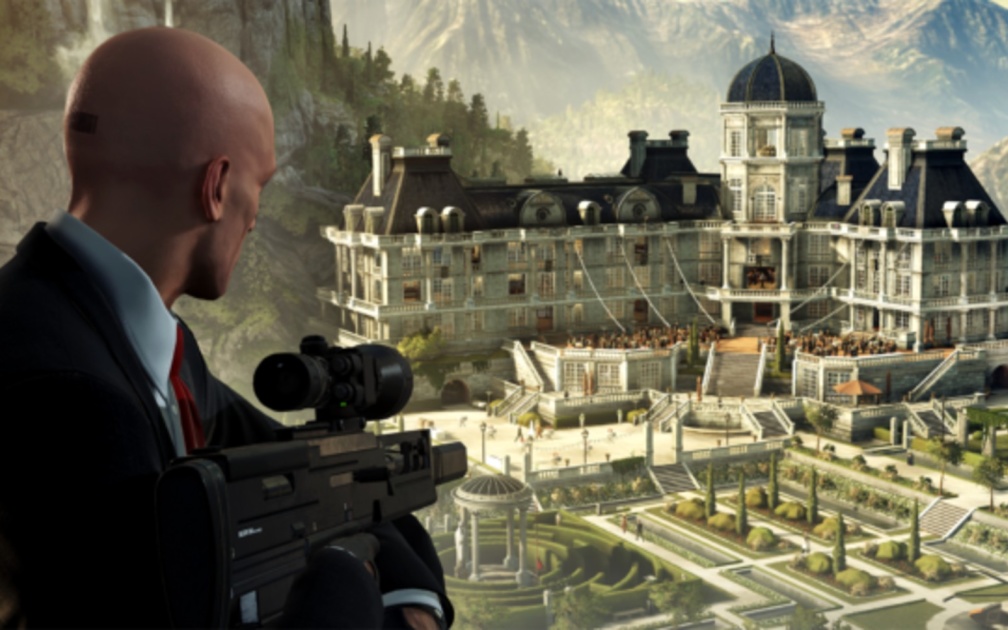 If you want to experience the graphics power of the machine while working as a hitman. Go for this game on PlayStation 5. This game is available across all platforms like Xbox and Windows too.

A relatively lesser-known name compared to the two above. Sackboy: A Big Adventure is a fun and entertaining game. You can play this game along with your friends and family to relax and enjoy. This game was launched in November 2020 by XDev and Sumo Digital and it is a PS exclusive game. 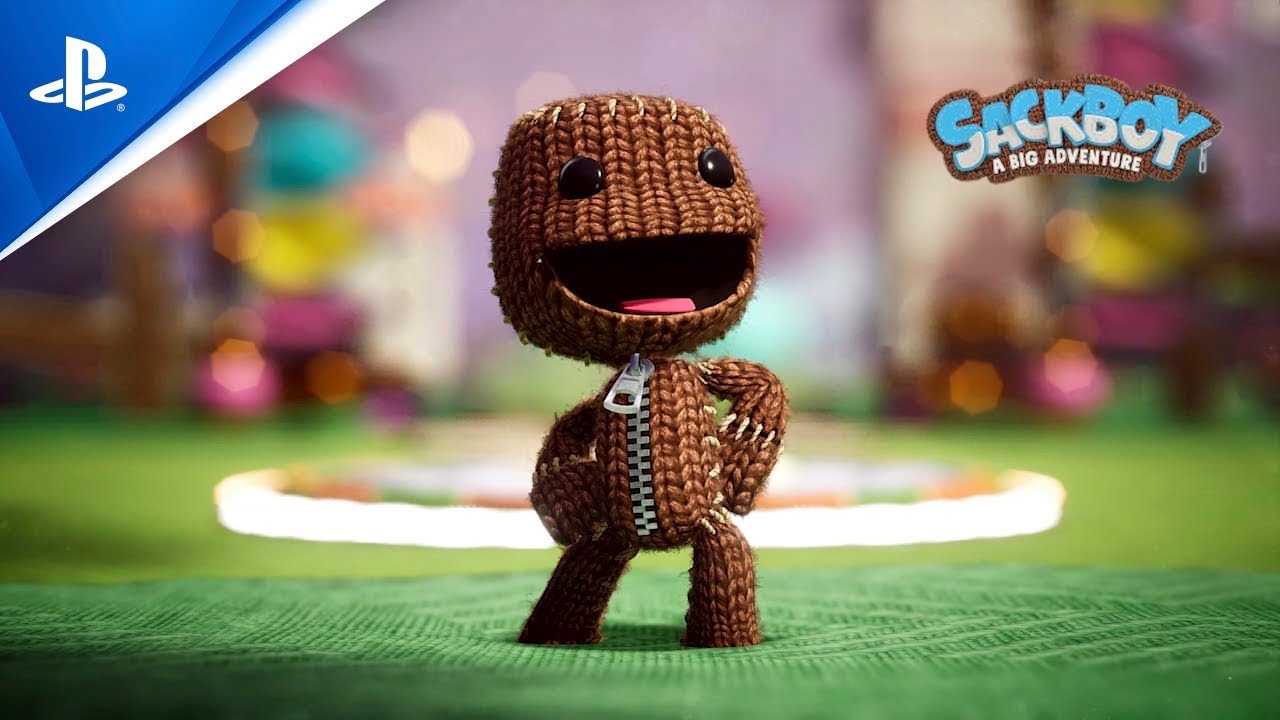 You play Sackboy and the villain named Vex has kidnapped your friends and is forcing them to build a Topsy Turver. It is up to to you to go and stop the enemy and free your friends. As I said, it is a cartoonish and a light game. The graphics will obviously look amazing as the PS5 will do its job thoroughly there.

God Of War is another game remastered for the new PlayStation. It is one of the games you should not miss if you own a PS5. God Of War was originally launched in 2018 for all the gaming platforms. This game will take to you deep into the world at the time of Norse gods. You will feel a little bored if you are not a fan of the storyline and character development and if you only love blood-pumping action. This game is a gem in terms of portraying the story and making you fall in love with it. 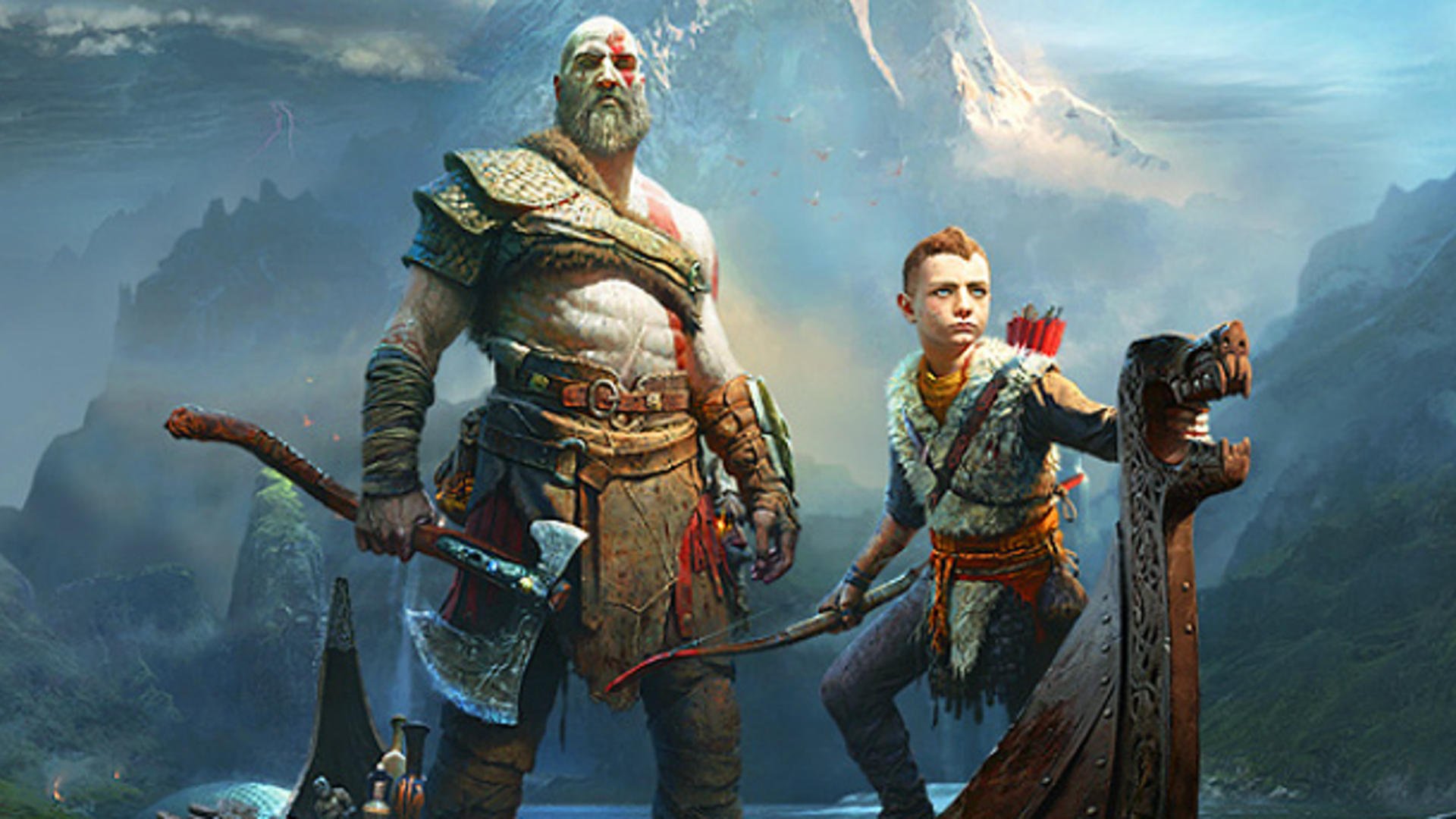 There are slight improvements in gameplay and the mechanics but a huge improvement in terms of graphics. The 60fps with 4K resolution mode will make your jaws go wide open. Even if you have played this game on any other console, I recommend you to go again on PS5. If you haven’t then this is the perfect time to start playing it.

Another Spider-Man game and another marvel classic. Spider-Man Miles Morales was released in 2020 by Marvel. This game is a PS exclusive. This game is probably the best game in terms of graphics Marvel has ever produced, way ahead of all the other games. 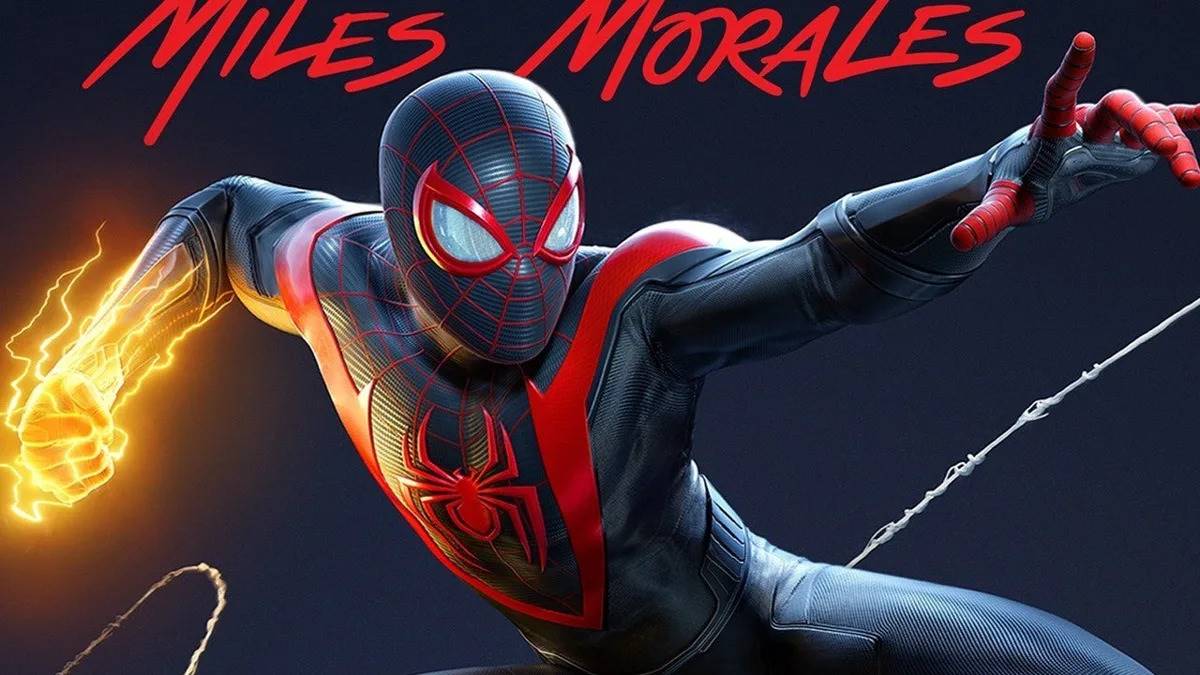 In this game, your job as Spider-Man is to prevent a war between a criminal army called the “Underground” and Roxxon Energy Corporation. The main story is quite short and you will complete it quickly. Like most of the games on PS5, it is all about the graphics. Surely, a must-try game if you are a Marvel fan and have a PS5.

Control made everyone go crazy when it arrived. There was a huge demand for this game after its launch, once everyone got to know about its unique game style and game mechanics. Control: Ultimate Edition was launched in 2020 by 505 Games. The Ultimate Edition includes the two expansions namely The Foundation and AWE. 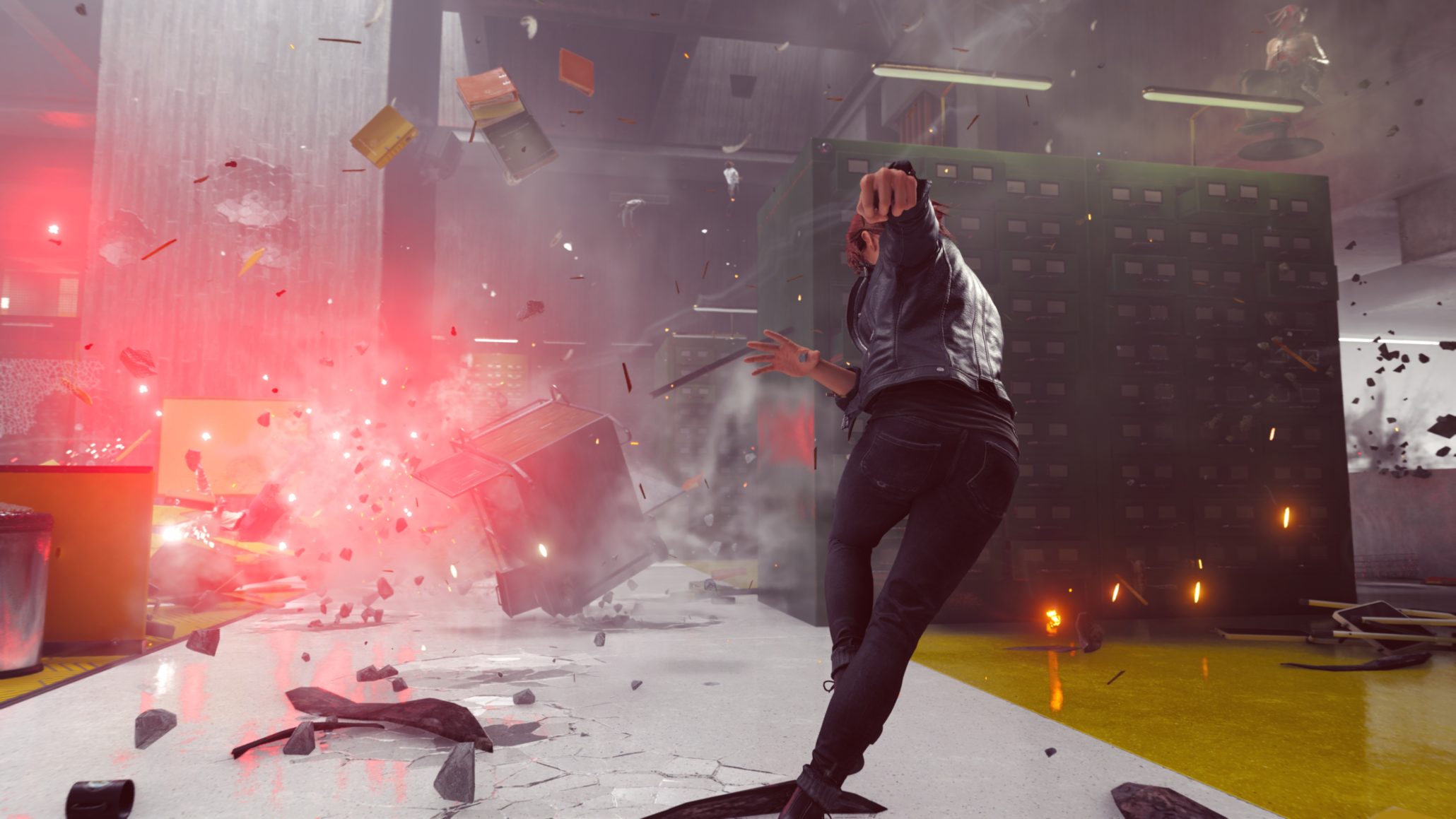 The game revolves around a female protagonist who has special super-powers. You have to explore the Oldest House, the FBC’s headquarters. FBC stands for Federal Bureau for control, a U.S agency that studies phenomena that are against the laws of reality. You have to search for Hiss, a creature who has corrupted reality with his own super-powers. You will gain new powers as you progress in the game. The gameplay is as unique as the plot and it is a really difficult and challenging game.

PS5’s graphics make this game much more enjoyable as you will see every particle shattering after an action scene. Forget about PS5, this game is a must-play on any console or PC. If you have the PS5 then it is a bonus.

Astro’s Playroom is specially designed for the Sony PS5 so that users could experience the true power of the haptic feedback and adaptive triggers of Sony’s latest Dualsense controller. Age doesn’t matter when it comes to playing this game. This a great family-friendly game. 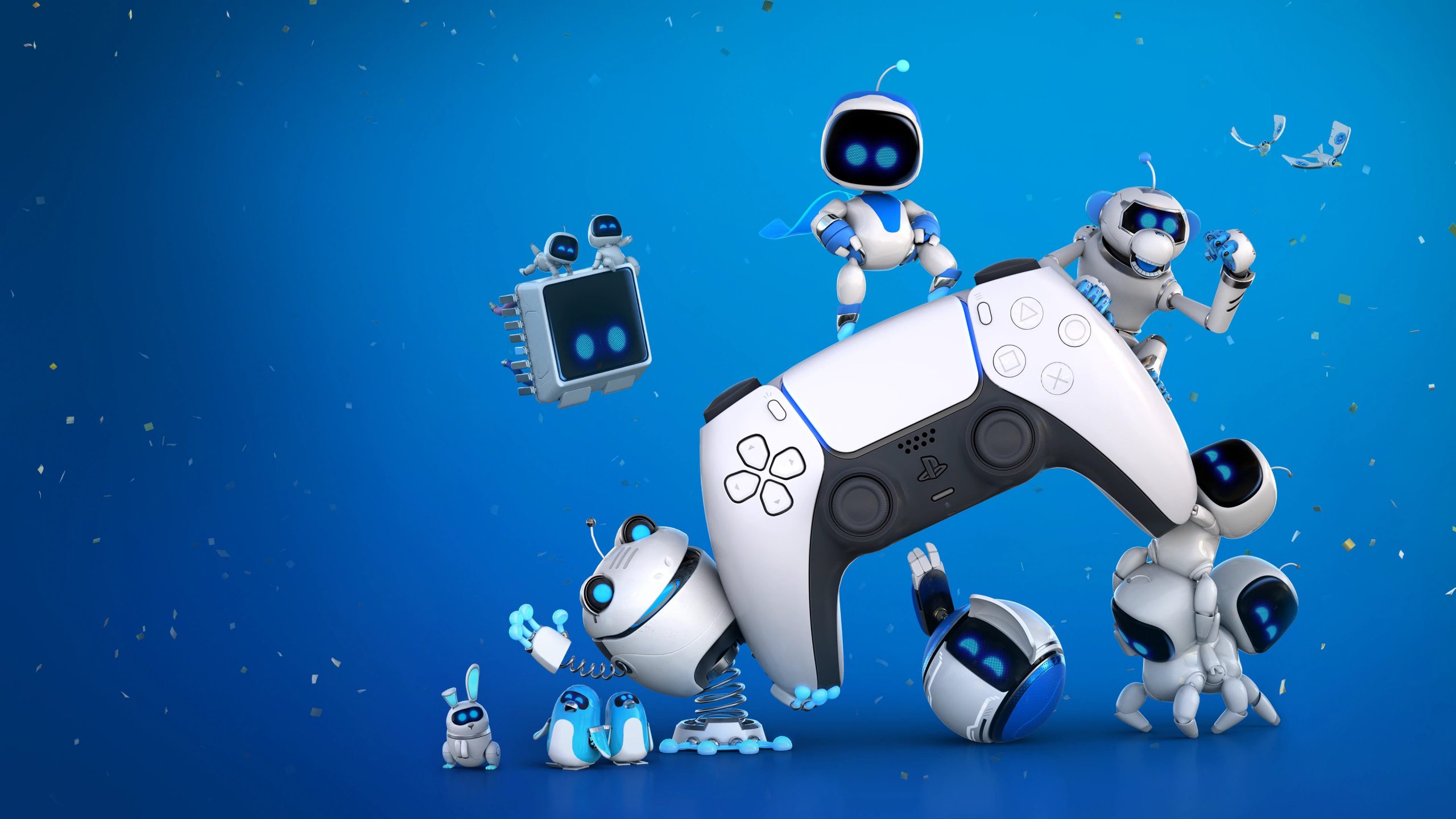 This game is all about exploring Sony’s PlayStation world through going across different worlds and solving fun puzzles. This game is already pre-installed in the console and you can start your PlayStation 5 journey from this game itself.

Ghost of Tsushima was launched in July 2020 by Sony and it is a PS exclusive game. It is an open-world action-adventure game. This game has been very popular among the masses and especially streamers. A great blend of samurai action with excellent attention to detail and a really good storyline. 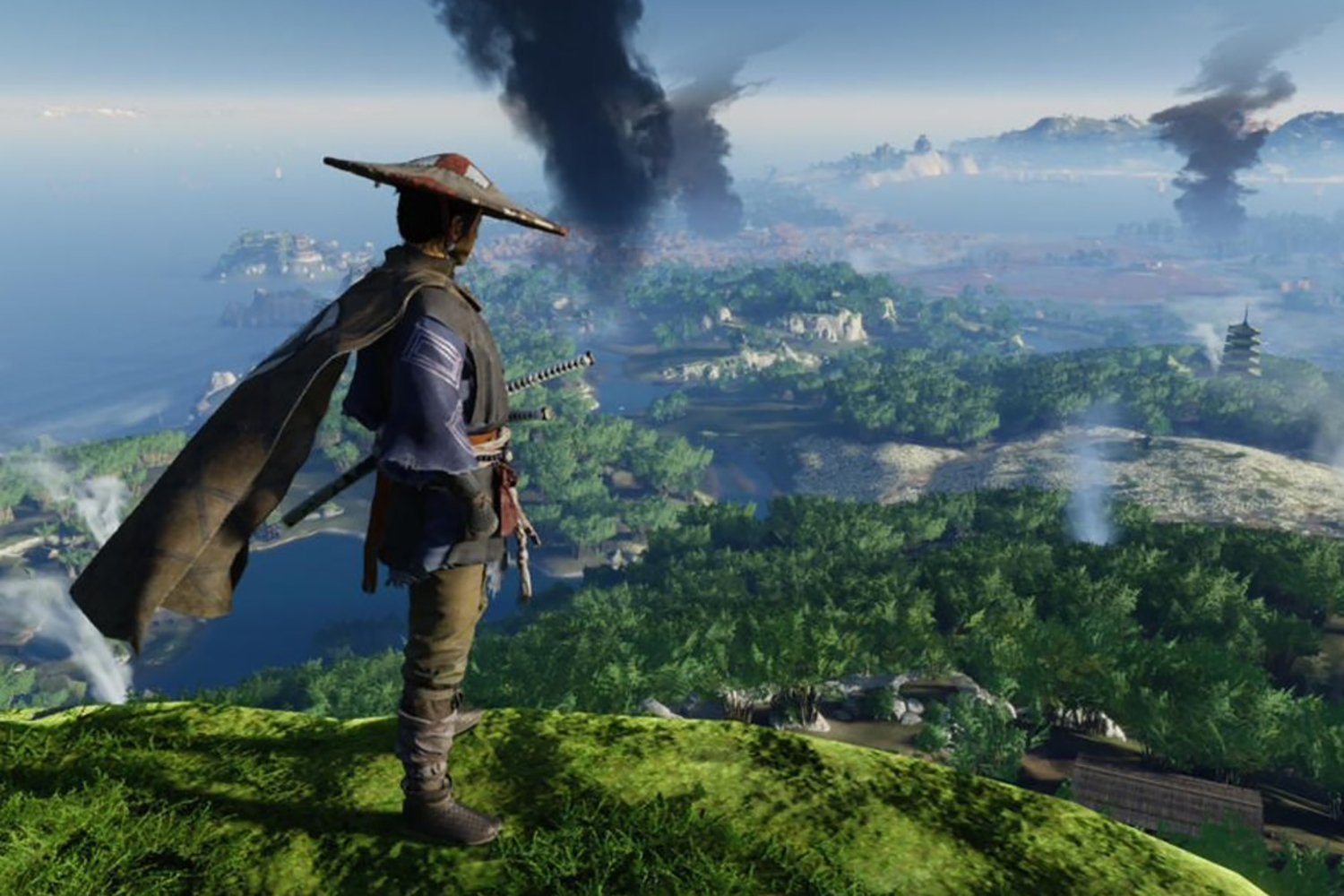 In this game, you play as Lin. In the year 1274, Lin’s island named Tsushima was captured by Mongolian king Khotun Kan. Lin’s quest begins as he searches for powerful allies and fighting techniques in order to defeat Khotun Kan and rescue Lord Shimura.

The upgrade on PS5 is worth it. You will get multiplayer support along with 60fps 4k HDR gaming. Such specifications will make you fall in love with this game just for its graphics. It is indeed one of the best games to be made for PS5.

Demon’s Souls is another game that has been remastered for the Play Station 5. Demon Souls was originally launched in 2009 for Play Station 3. Its newer version was launched in 2020. It is an action RPG developed by Bluepoint Games

In this game, you travel across the five regions of the Boletaria kingdom and kill all the mighty demons who rule that region. After killing you collect their souls and gain new powers which will help you in the final fight against the mighty King Allant. 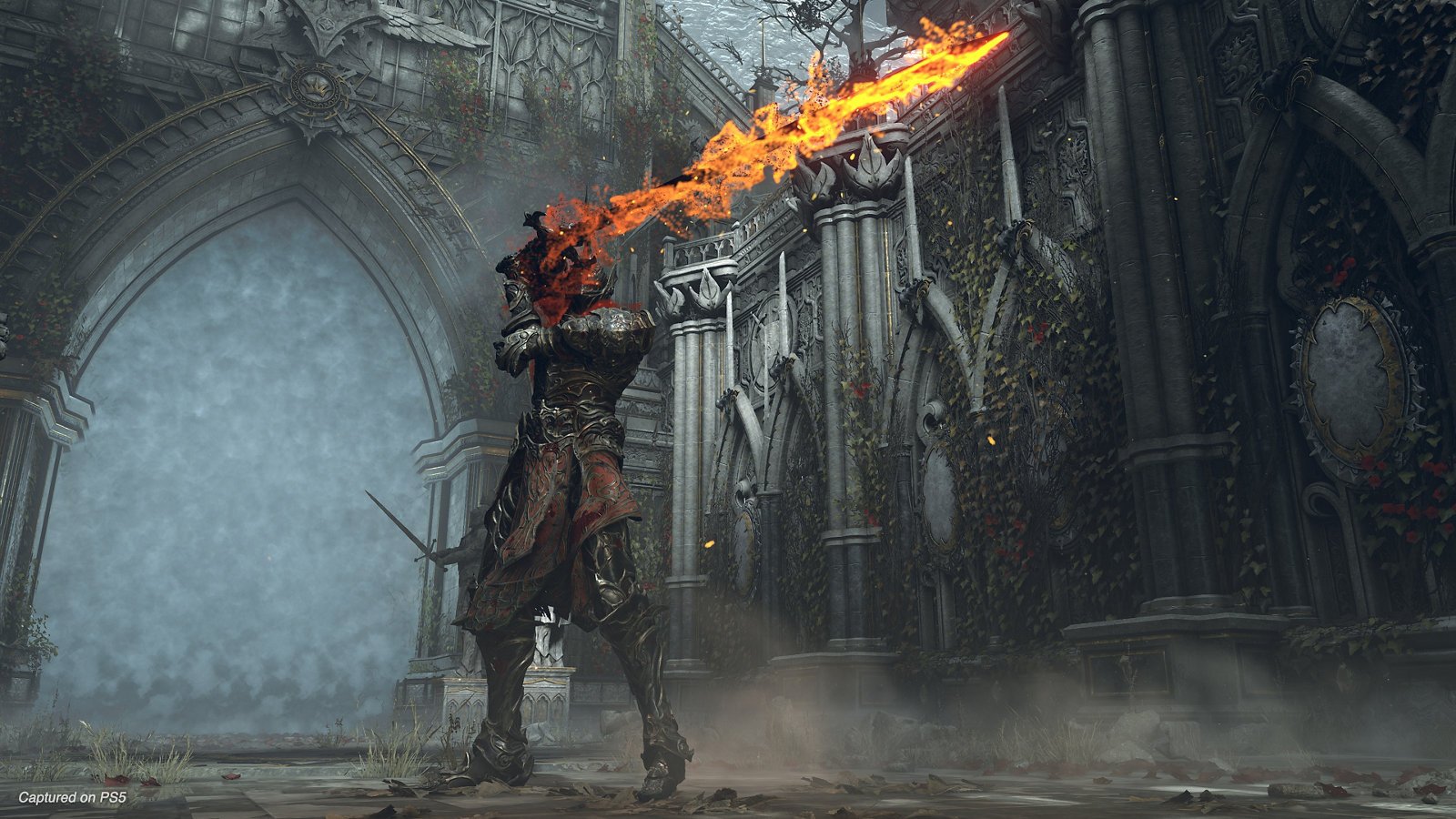 Demon’s Souls is a visual treat. You will be taken to a whole new world with stunning graphics and amazing gameplay. If you call yourself a pro-gamer, try to beat this game on extreme difficulty. It is considered to be one of the toughest. If you want to just pass your time and enjoy a great game, the Demon’s Souls is for you.

Bugsnax is an adventure game that was published in the year 2020 by Young Horses. It is available across PlayStation 4, 5, and Microsoft Windows. Just like Astro’s Playroom it is a fun game for entertainment and pass time along with your friends. 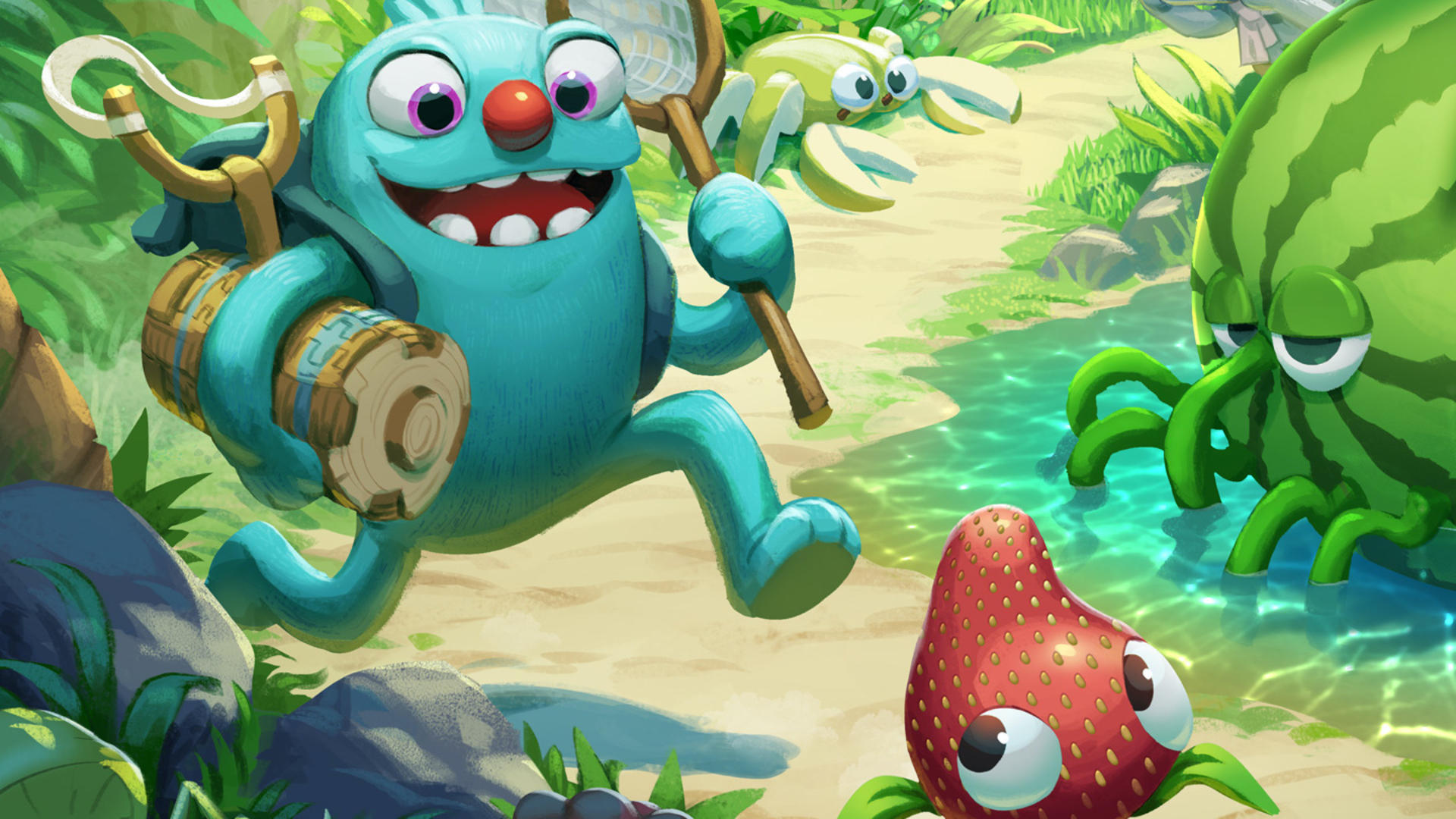 Not completely like it, the game has a story and a mind-bending ending to it. I am not revealing the end here. Try the game out yourself. In this game, you have the job of exploring a mysterious island and you have to capture creatures which are half-bug and half snack. Sounds fun but it will turn into something wild very soon as you progress ahead.

A must-play game on your Sony PS5 if you want to experience its visuals to their fullest.

So this was it. The list of top 10 games which one must play on his/her Sony PlayStation 5. There will be a lot more additions to the next-gen console in the coming years and surely a lot of games will get replaced in this list. Till then, head on to your console and try out all these games and enjoy. Mention the best game which you have played on the PlayStation 5. Was it on the list?. If not, add its name in the comment section below.