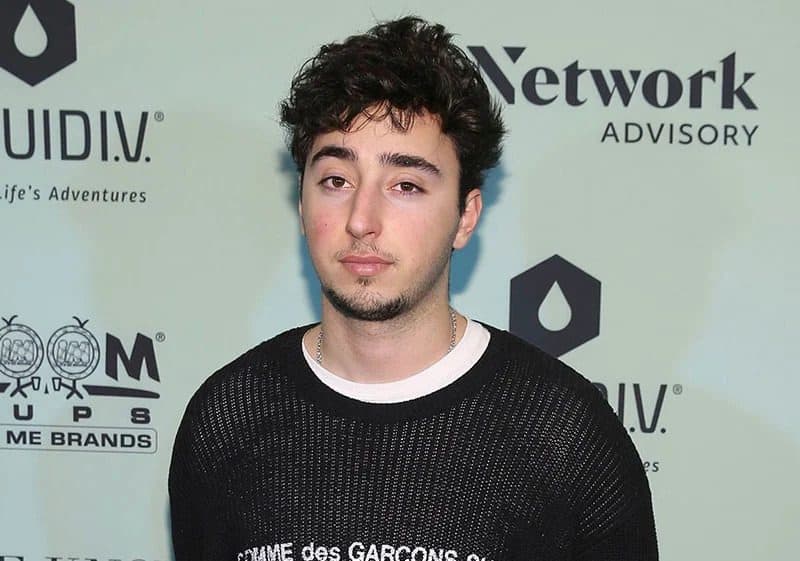 A few days ago, Zack Bia, the owner of the record label Field Trip Records, was spotted hanging out with Noah Cyrus, the sister of Miley Cyrus. Though there’s no confirmed update about their blossoming relationship, it does seem that Zack is longing for lady love in his life.

The popular DJ broke up with Olivia Rodrigo last year. Want to know more about Zack’s love life? This popular DJ has dated many women within a short span of time. But none of these relationships had a long stint. So we will dig into the dating history of Zack Bia right from the very beginning.

All You Need to Know About Zack Bia

People are curious to know more about Zack Bia. This guy has been involved in a few high-profile relationships. He is pretty close to Kylie Jenner. Zack’s parents hailed from France, but they moved to America soon. Zack’s mom worked as a modeling agent in the fashion industry. Zack’s family wasn’t too wealthy, but he enjoyed spending his childhood in Los Angeles and New York (he was born here).

It was her mom who ignited Zack’s interest in music. He was only 18 when he got into a club. That served as a perfect start for him. He became interested in DJing and music. Earlier, he was doing all that to earn bucks to pay his bills but soon, that grew on him. He would be in the school during the daytime, and at night he would be playing DJ at the club parties. 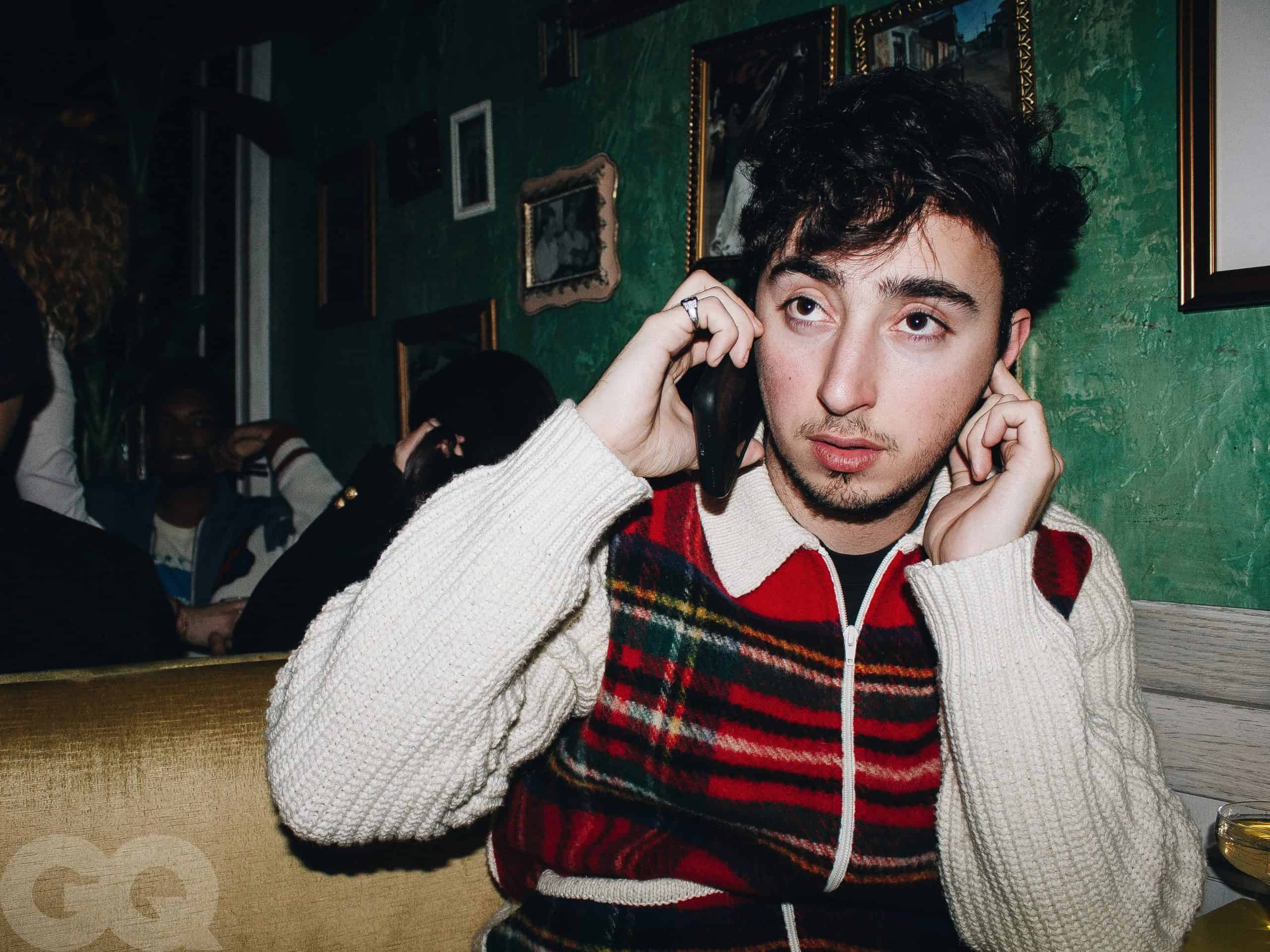 Zack’s luck indeed helped him gain success. During one of the DJ parties, the popular rapper Fetty Wap noticed him and was invited to his table. Zack engaged in a conversation with Fetty and had drinks. Though all this was just luck and coincidence, others assumed that Zack and Fetty were good friends.

One of the managers of that club assumed the same and started calling out Zack frequently to play the DJ in the hope of making Fetty visit the club again. He needed good connections and networking to move ahead. And this incident was the perfect opportunity that helps him do so. 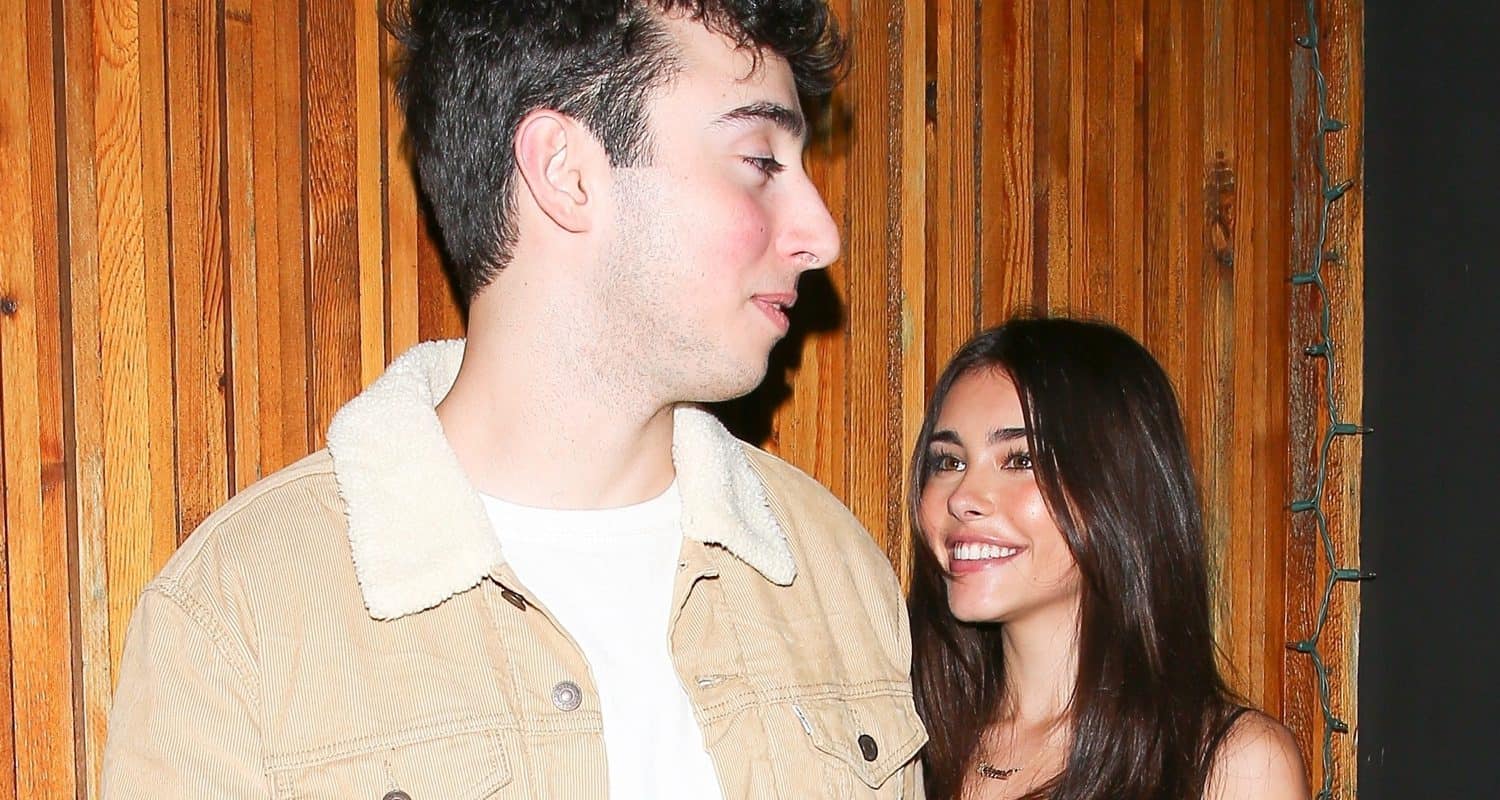 Zack is a popular DJ and owner of a pub

Another person who helped him build his career was John Terzian, owner of H. Wood. Zack and John became great buddies, and they opened Delilah, LA’s top pub. It became a favorite among celebrities. Zack grew his connections, and soon he became good friends with the Jenner sisters: Kylie, Kendall, and Kourtney. He now owns his own record label, Field Trip Records.

Zack began dating Madison Beer when he was 20. This was his first committed relationship that commenced in 2018. Their relationship remained on and off. Madison is a popular singer who became a YouTube star thanks to her amazing covers of popular numbers.

Madison had earlier dated Brooklyn Beckham. Before Bia, she was in a relationship with Jack Gilinsky, but they had an ugly breakup. Madison and Bia were spotted at a few high-profile events, including Paris Fashion Week, but Madison and Zack’s relationship didn’t last too long.

It was reported that Madison and Zack would get into fights very often. In fact, both were pictured as being involved in a huge argument outside a popular hotspot. Sources reveal that Madison was dealing with mental health distress and was failing to get the required support from Zack. 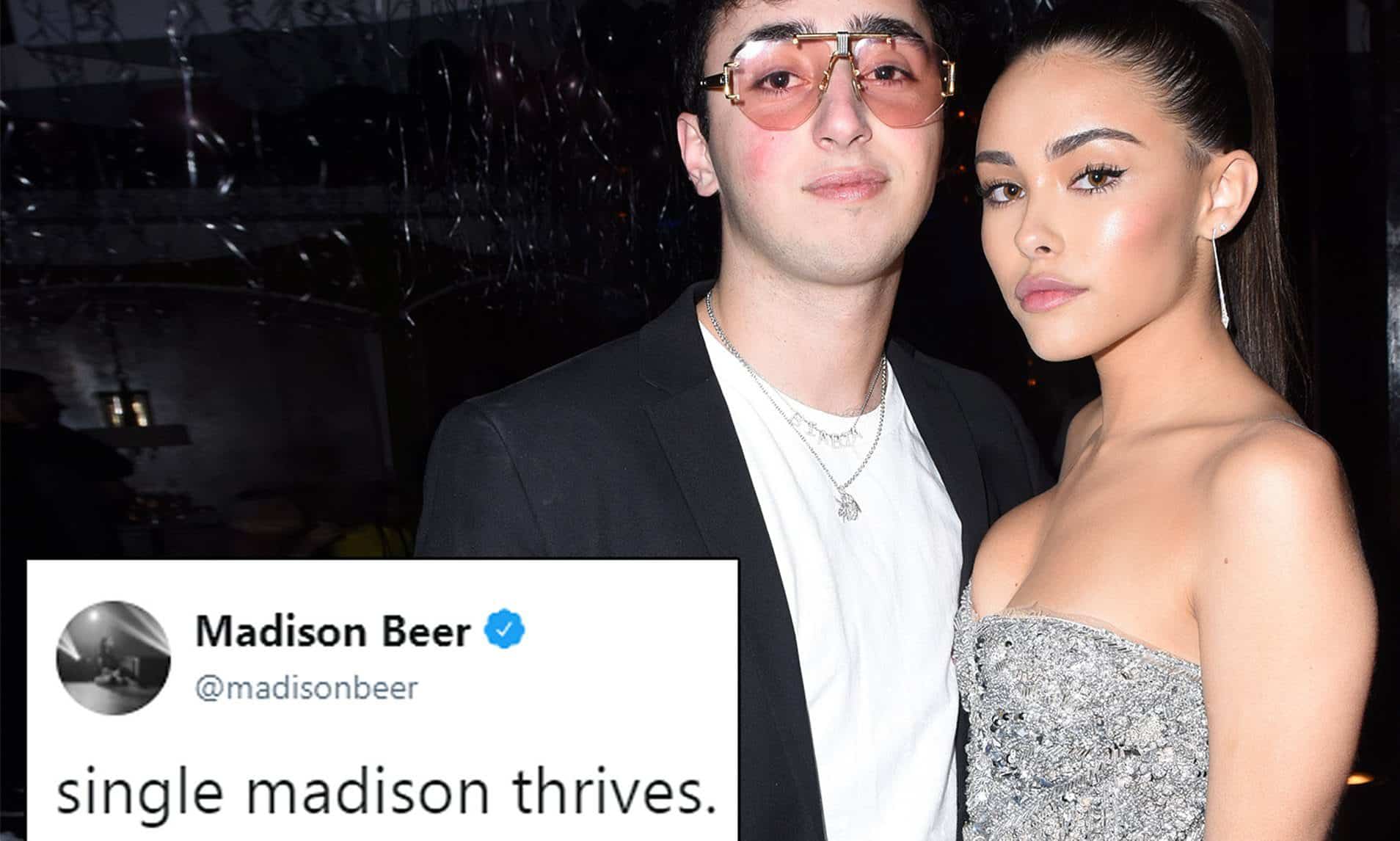 Zack was a teenager when he got into a relationship with Madison. No wonder both had major compatibility issues, and their relationship ended as 2019 commenced. Their love blossomed in 2018, and by 2019, it was all over for them.

Madison didn’t leave any room for confusion as she posted a few tweets showing her frustration due to her breakup. In her viral tweets, she advised her followers not to get into a relationship with someone who has no concern or understanding about their mental health.

Such toxic people can make your life hell. Earlier, people were confused by her tweets because they could not figure out to whom she was referring. But when Madison posted, “single Madison thrives,” it was crystal clear that Madison and Zack had broken up. 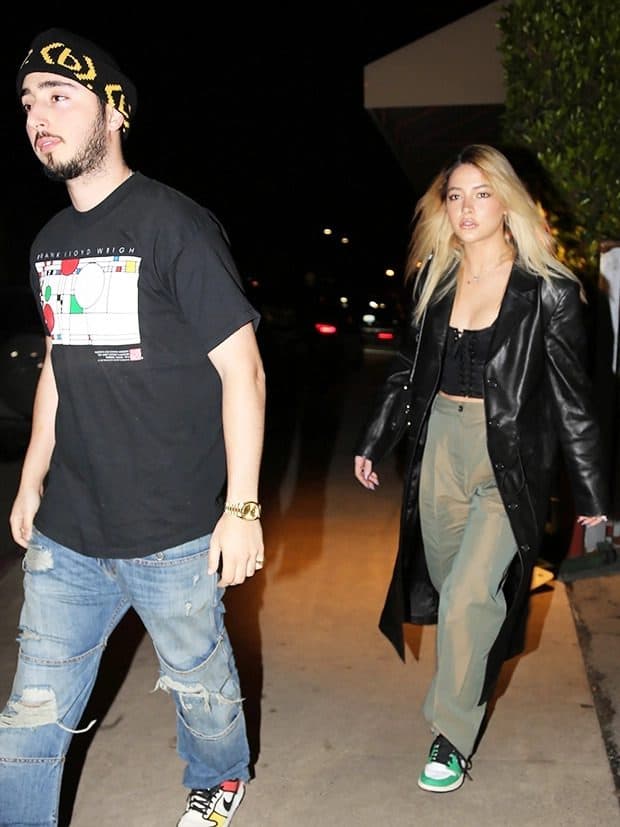 Zack has remained in the news due to his multiple relationships

Zack was then rumored to be dating popular model Madelyn Cline. The 25-year-old model is known for working in the popular Netflix series- Outer Banks. So how did the rumors begin? Well, both were seen hanging out and enjoying each other’s company in December 2021. Cline was earlier dating Chase Stokes, but the two broke up after almost a year of dating.

After the breakup, you would probably hang out with someone who could connect with you. That’s why when Cline and Bia went out for dinner at Santa Monica, dating rumors buzzed all around. This was just a few days before Cline’s birthday. Both Cline and Chase were vocal about their breakup in front of the media. 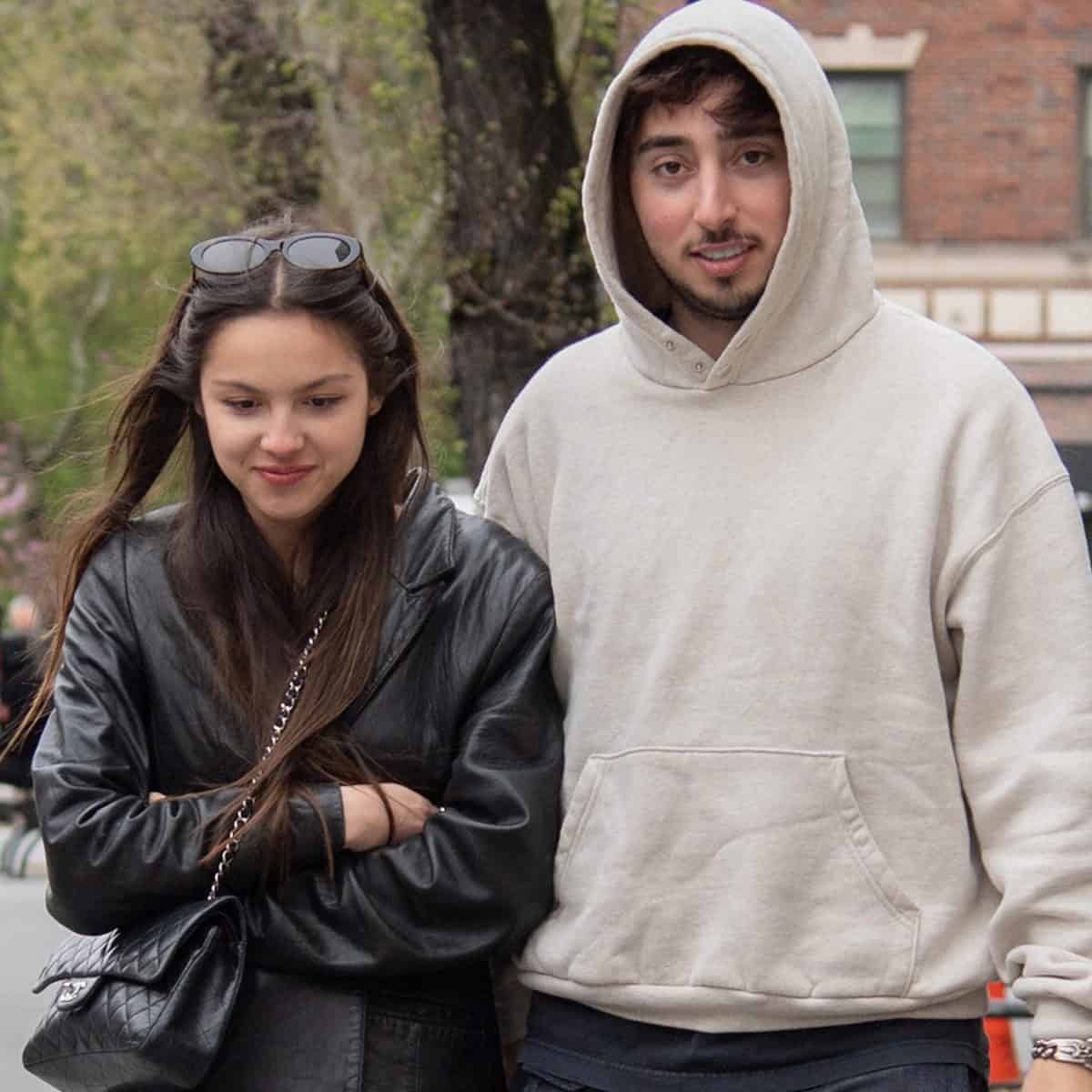 Zack Bia’s most popular relationship was with the pop singer Olivia Rodrigo. The two were engaged in a casual relationship and spent around 3–4 months dating each other. The rumors started in April 2022 when Zack and Olivia were seen at a party in New York. So why did they break up so soon?

Well, it was just a casual relationship, and both weren’t too serious about it. Also, Olivia’s busy schedule was a problem. Perhaps Olivia was the one who decided to part ways so as to focus on her career. Zack and Olivia didn’t really have any issues. Things just didn’t click after a while.

Zack and Olivia’s relationship wasn’t confirmed by either of them. But they would be together at events. And during Olivia’s SOUR tour, Zack was cheering for her. Olivia is quite young but doing great professionally. She did 48 concerts as part of her iconic SOUR tour. So the hectic schedules probably led to the differences and, eventually, the breakup.

Zack would often call her to attend Super Bowl parties. And Olivia would make sure she attended a few of them and supported him. Zack called Olivia quite humble and adorable. Olivia didn’t really talk about her breakup in public. But she did mention in an interview that when a breakup occurs, it is pertinent to forgive yourself and your ex for all the events that culminated. For Olivia, the two important aspects of a relationship are humility and respect.

So, Zack Bia and Olivia Rodrigo’s relationship lasted for around six months. Both have moved on and haven’t mentioned anything about their breakup publicly. 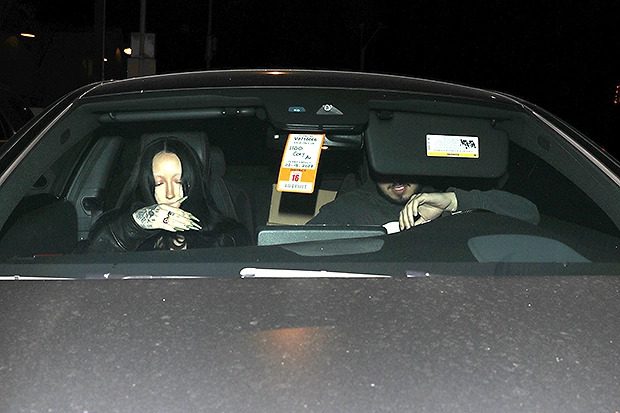 Noah and Zack were spotted together recently

The latest rumors suggest that Zack Bia is dating Noah Cyrus. Noah Cyrus is the younger sister of Miley Cyrus. The popular singer was spotted hanging out with Bia last month. They both went for a romantic dinner at Giorgio Baldi. This Italian restaurant is quite popular with celebrities.

They both reached the restaurant separately. Bia is linked with a new girl four months after his breakup with Olivia. Now, they did reach the place separately, but they were together while leaving. Noah tried to avoid the media as she hid her face.

Zack and Noah left the restaurant together in his Mercedes. When Noah noticed the paparazzi, she tried to hide her face but got captured. Dressed in a stunning white piece, Noah was seated in the front. Zack was dressed casually and didn’t seem to bother much about the presence of media. Since they haven’t been spotted hanging out together before, this appearance has left us curious.

Nothing is confirmed, but Noah and Zack do make an adorable pair. Noah was earlier rumored to be in a relationship with Smokepurpp and Tana Mongeau. It was also reported before the COVID pandemic that she was dating the popular rapper Machine Gun Kelly. Noah’s most buzzed-about relationship was with rapper Lil Xan. But after a lot of public drama, cheating accusations, and mudslinging, they parted ways.

Zack surely had to see many ups and downs in his love life. Well, only time will reveal if he and Noah are able to begin a new chapter or not. We will keep you updated with the latest gossip.