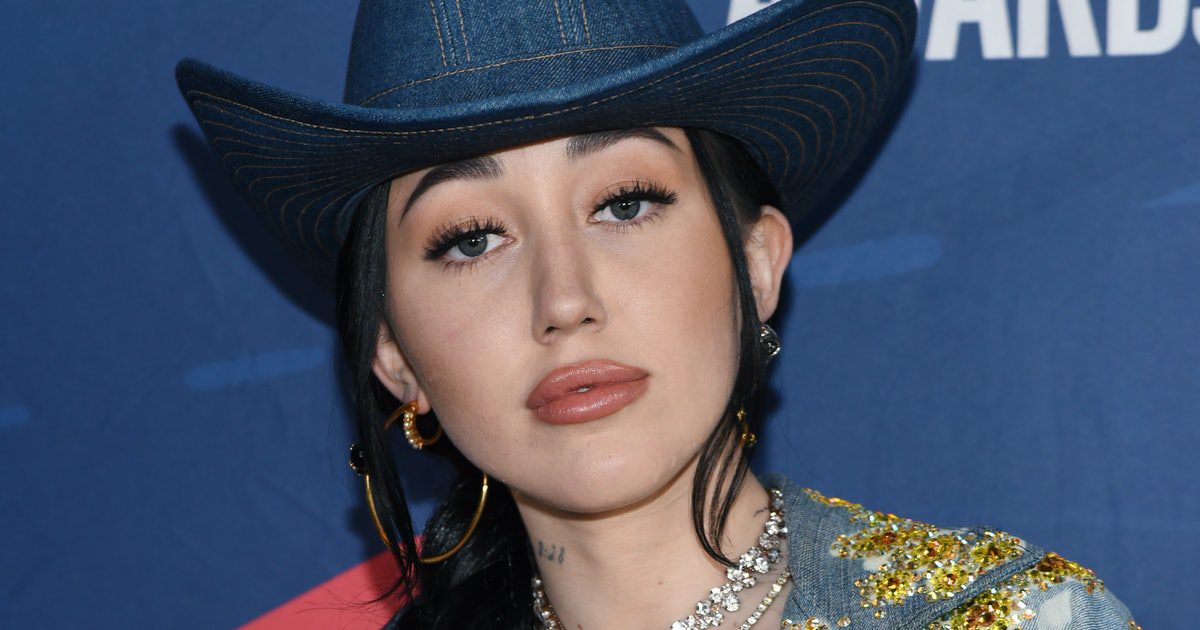 Noah Cyrus belongs to a big family of artists and musicians, and all of us would like to know her net worth. In addition to that, she is a great singer herself. She also worked as an actress in many films and TV shows. Her acting career started with a small role when she was 2. Then she went on to act in different roles in many movies and shows. Noah finally began her music career in 2016. Recently, a photo from the 2020 Grammys of Noah with her father, Billy Ray Cyrus, went viral on Twitter. The oldest member of the famous Kpop band BTS, Kim Seok-jin, seemed to have accidentally photobombed the picture. And fans weren’t slow to notice the World Wide Handsome’s glowing face in the picture. Some even commented that the picture now belonged to Jin. This article will focus on the net worth of Noah Cyrus. And the net worth she has amassed is really wonderful at such a young age.

Noah Lindsey Cyrus was born on January 8, 2000, in Nashville, Tennessee. She is the fifth child of Billy Ray Cyrus and Tish Cyrus. Including her father, most of her siblings are also musicians or entertainers. Noah has always been vocal about her mental health problems. She experiences depression and anxiety and also suffers from panic attacks due to the latter. Many of her songs describe the struggles of her life. She works with PETA for different campaigns and even protested animal dissection in high school classes. Noah started the Lonely Collection merchandise line to raise funds for The Jed Foundation. This organization works at reducing the suicide rates among teens in the US. 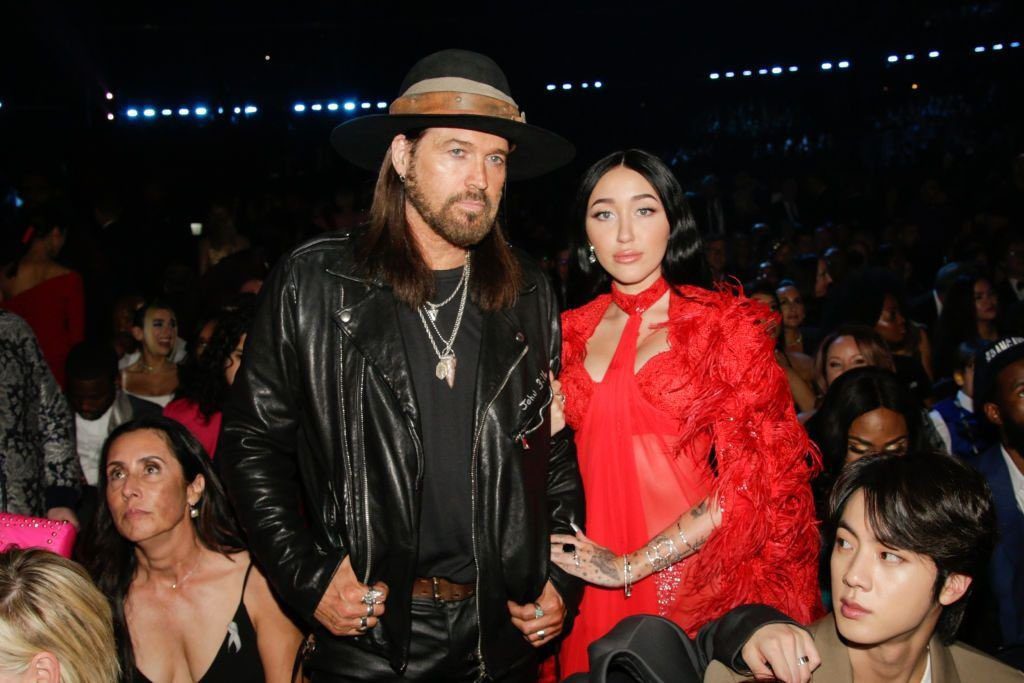 Noah had first appeared in the television series Doc as Gracie Herbert. She also played a small part in the Disney Channel series Hannah Montana. Noah was a background dancer in the 2009 Hannah Montana film. Her first role was in the English version of the anime film Ponyo, where she voiced the main character. She even performed the English version of the film’s theme song. Noah ran The Noie and Ems Show along with Emily Grace Reaves. The web show ran from 2009 to 2010. Noah Cyrus signed a deal with Barry Weiss’ label called RECORDS. Later she signed a management deal with Maverick. 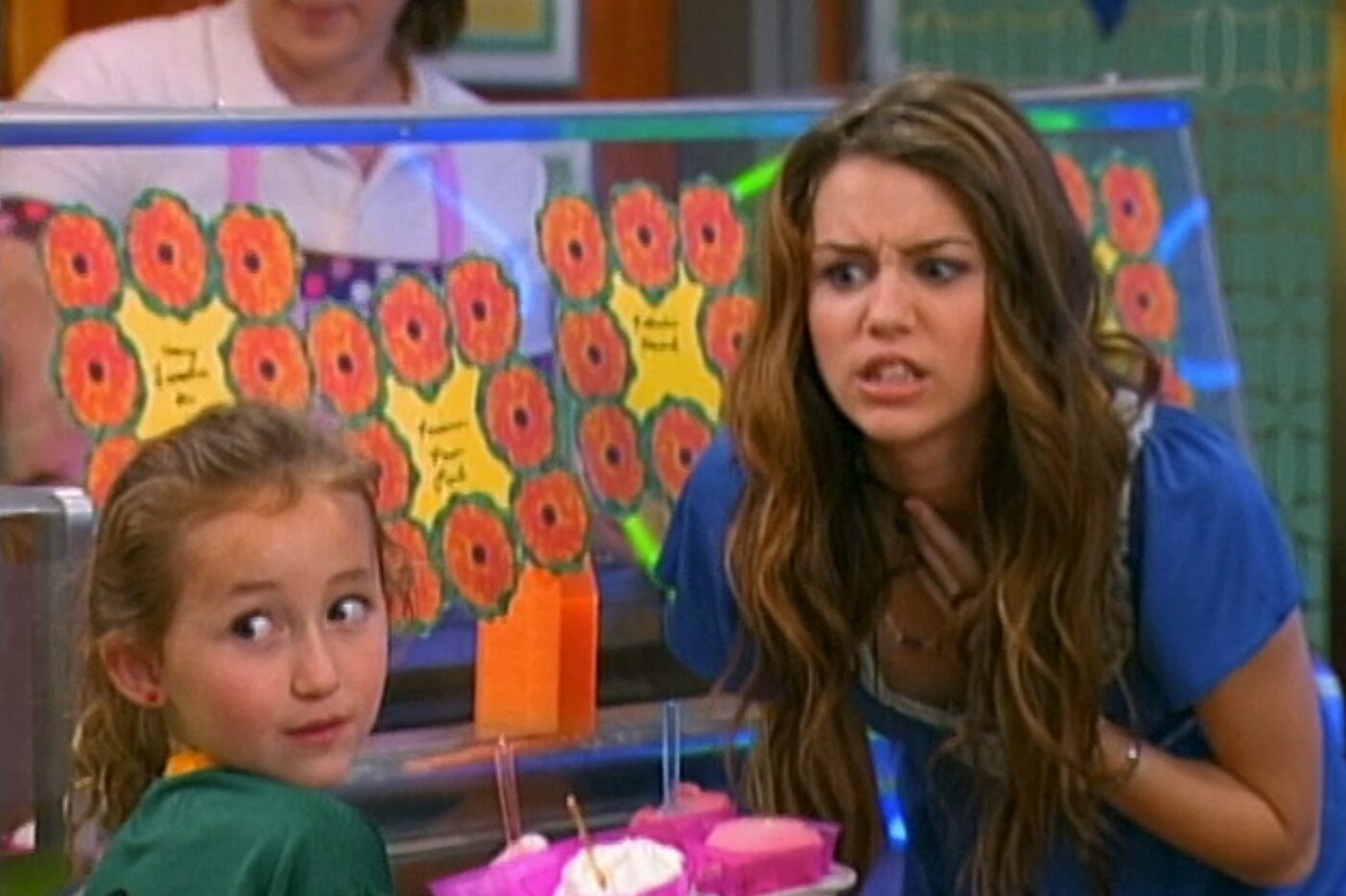 Noah and Miley Cyrus in Season 2 of the Show (Credit: Disney Channel)

Noah’s debut album, Make Me Cry, was released in 2016. The famous British Labrinth is also featured in this. She released another single in April 2017 titled  Stay Together. Her song Again featured XXXTentacion in September 2017. Noah also opened for Katy Perry on Witness: The Tour from September to December 2017. She collaborated with MAX and released Team in May 2018. Another 2018 collaboration with artist Lil Xan produced the song Live or Die. Cyrus released her new EP in September 2018 titled Good Cry. She also gave the vocals on All Falls Down, which was a song from Alan Walker’s debut album. Her second EP was released in 2020, titled The End of Everything. This EP talked about Noah’s mental and emotional struggles. She released joined EP with PJ Harding titled People Don’t Change. It was released on April 23, 2021.

Who Is Noah Cyrus Dating Now?

Noah’s relationship with Lil Xan was a hot topic throughout its duration. Even the break-up was pretty messy. The news of their dating started after their appearance at MTV Video Music Awards in 2018. But they both split only a month later, shattering all expectations from fans. Each accused the other of being unfaithful. Lil Xan even said that their relationship was all a set-up. Although, Noah denied everything he said. The relationship ended with pretty much drama. After that, she has dated Tana Mongeau, Machine Gun Kelly, DJ Diablo, and Tanner Drayton. 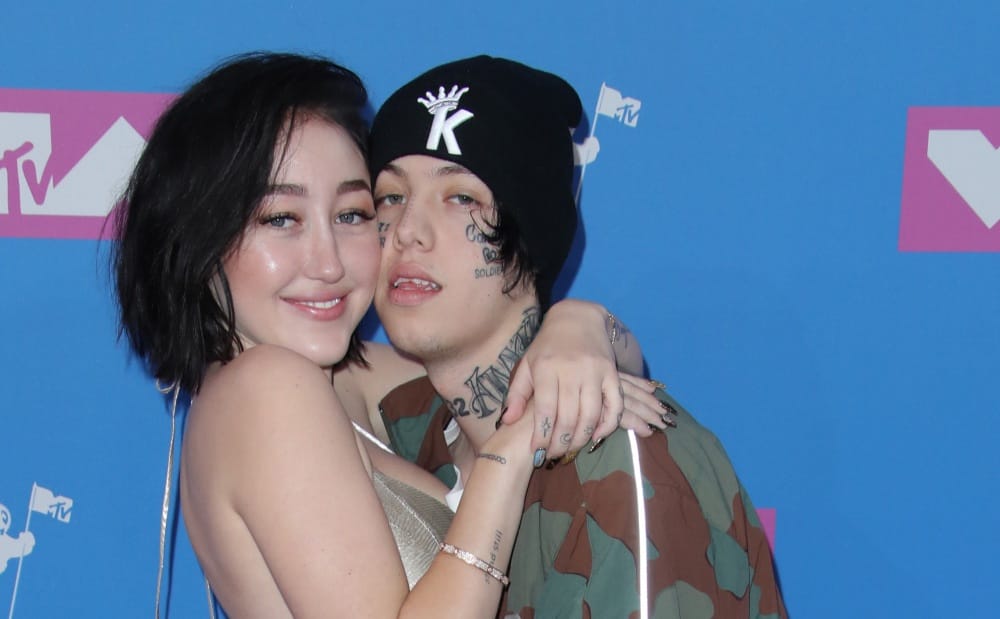 Recently, Cyrus has been spotted together with Demi Lovato at many places. This sparked doubts if both the singers are dating now. They even have a song together, Easy, which was released in 2021. But aside from all the rumors, they are just enjoying each other’s company and not necessarily dating. Demi Lovato recently came out the pansexual. And although they want to remain single for now, they are open to see where life takes them. So, for now, Noah Cyrus is single. 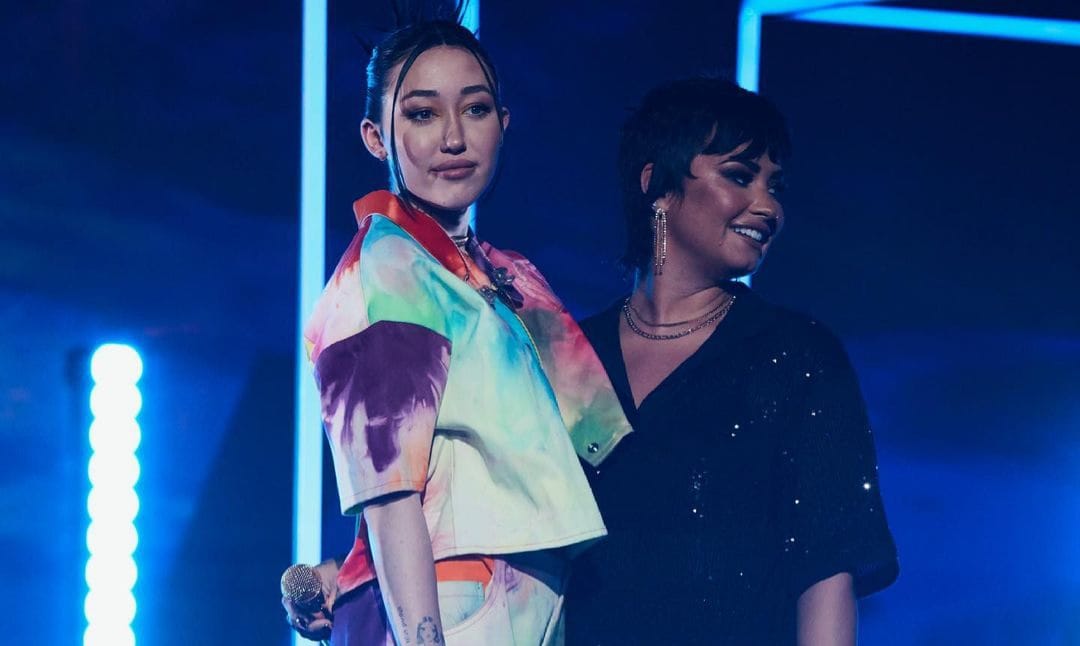 What Is The Net Worth Of Noah Cyrus?

Noah Cyrus has an estimated net worth of $3 million. Noah belongs to a family of artists and has herself made a successful career in music. Her deal with Maverick was worth $350,000. She also uses the app Depop to sell her old clothes. A part of this sale goes to the funds of The Jed Foundation. Her net worth is really amazing, taking into account her young age. 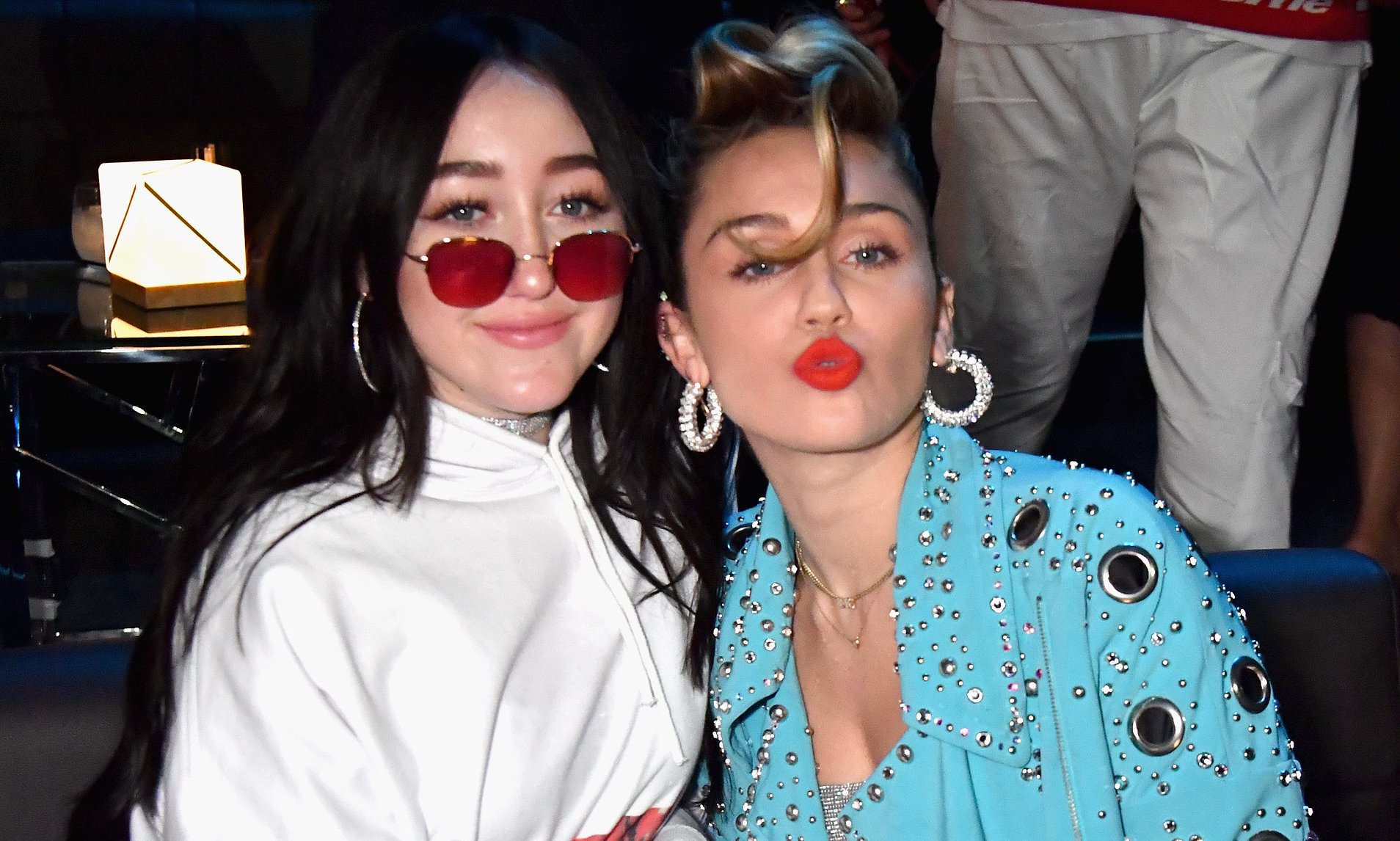