Here we have prepared the list of best dramas and movies of Yoo Seung Ho! We all know, Yoo Seung Ho is a stealer of millions of hearts. After all, how can we not fall for the man with a sweet smile, doe-like eyes, and charming personality? However, his handsome feature alone doesn’t make him stand out. His brilliant acting in numerous tv shows and movies has brought him under the limelight he deserves. Although this beautiful journey has not finished yet, Yoo Seung Ho has already given us some masterpieces that have proven his top-notch acting!

The South Korean actor, Yoo Seung Ho, pursued his acting career despite coming from a financially weaker background. However, he never let that stop him from moving towards his dream. The little star dreams of becoming a superstar and thus debuted as a child actor with the TV show Daddy Fish in 2000. Even before the night could change, the little superstar Yoo Seung Ho became ‘Nation’s Little Brother’ with his remarkable performance in The Way Home film. And thus, the little stardom paved his way to walk towards a brighter future, the future, where Yoo got opportunities to act in numerous dramas and movies!

Yoo Seung Ho debuted in the Korean entertainment industry with a cellphone commercial in 1999. Later he rose to popularity as a child actor and ‘Nation’s Little Brother.’ With his rising fame, Yoo Seung Yoo didn’t ignore his core passion and concentrated on his acting career. Various pieces will prove his exceptional acting as a teen actor, such as Hearty Paws, The King and I, The Legend, Queen Seondeok, etc.

After working in the industry for more than two decades, Yoo Seung Ho has appeared in numerous dramas and movies, leaving soft imprints on viewers’ hearts. His performance in Operation Proposal, Missing You, Arang and the Magistrate, The Magician, The Emperor: Owner of the Mask, and many more will amaze you. Even in the new drama ‘Moonshine’ (When Flowers Bloom, I Think of the Moon), Yoo Seung Ho has shown excellent performance with his sweet and comical touch of acting. There is no boundary to his remarkable acting skill. Therefore, we have prepared the list of best Yoo Seung Ho dramas and movies to add to your watchlist!

Have you ever seen the child actor Yoo Seung Ho? If not, worry not! Here we have brought a masterpiece, ‘The Way Home,’ which shows the outstanding acting of this little star. ‘The Way Home’ follows the 7-year-old city boy, Sang Woo, who is left with his grandmother in a remote village since his mother has to look for work. The spoiled Sang Woo, who was born and raised in the city, finds it hard to adopt the simple lifestyle of the countryside, and thus, his tantrum grows day by day. However, when his mother returns, she meets a different boy. ‘The Way Home’ is a heartwarming story of Sang Woo and his grandmother, who showers him with limitless devotion and patience that he eventually learns to embrace empathy, humanity, and the essence of family. 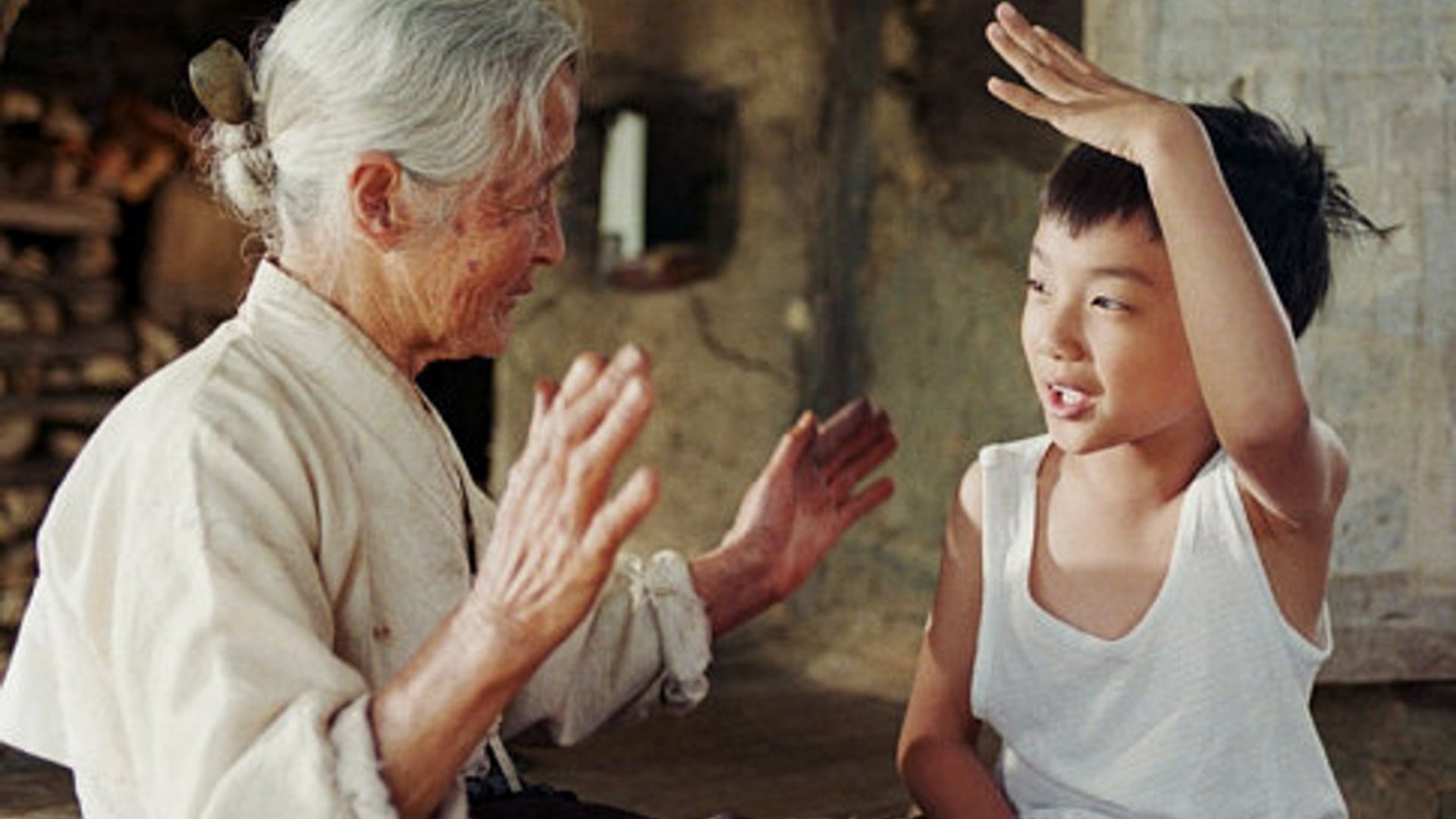 Although the story is nothing grand, the simplicity and beautiful performance by the casting make it more enjoyable. The nine-year-old Yoo Seung Ho has showcased remarkable performance by playing a bratty city boy. However, The sweet tale of grandmother-grandson will leave you with a lump in your throat with its heartwarming, slow-burn, poignant story.

An unforgettable tale of ‘Warrior Baek Dong Soo’ has made it on the best drama list by Yoo Seung Ho! The kdrama is set in the Joseon Dynasty during King Jeongjo’s reign. The story revolves around the events involving Crown Prince Sado’s conspiracy and narrates the tale of Warrior Baek Dong Soo. Warrior Baek and his group of royal guards protect King Jeongjo. Warrior Baek was a real-life icon who created a martial arts guide in Joseon. Here, Yoo Seung Ho plays the role of Baek Dong Soo’s friend and a secret assassin who lives in the shadow as the mole for a mysterious organization seeking to destroy the dynasty. 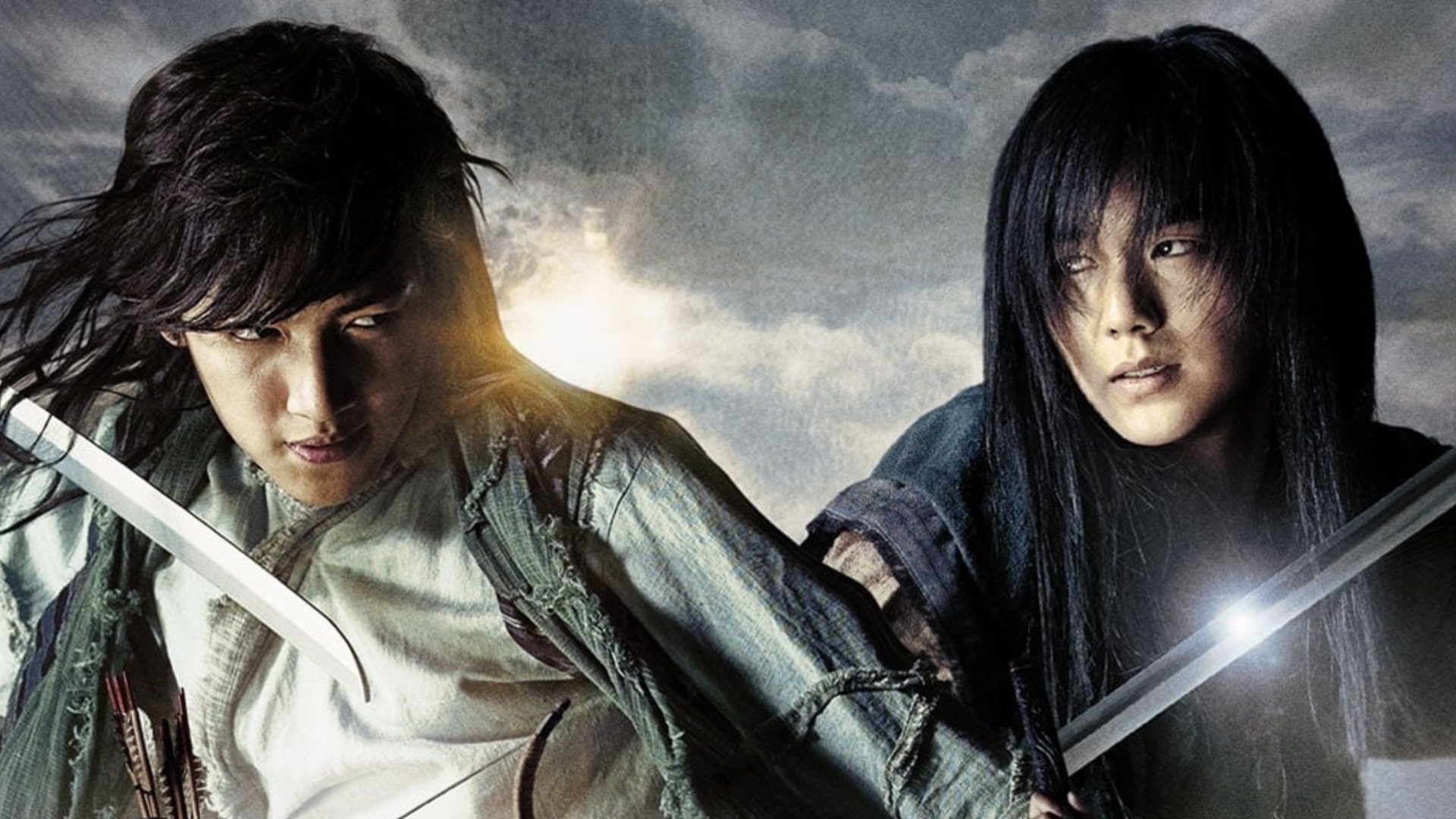 Specifically for his role, Yoo Seung Ho trained in swordplay and martial arts. Of course, his hard work paid off because his performance will leave you in awe. Yoo Seung Ho’s enchanting beauty in the traditional dress (Hanbok) while fighting against his only friend will turn you into his fan! Plus, the sweet bromance between Ji Chang Wook and Yoo Seung Ho is a little bonus for you!

Here we have brought another historical saga but, this time, it will make you roll on the floor with the hilarious comedy and comical chemistry of the main leads. ‘Seondal: The Man Who Sells The River’ is the historical comedy adventure of a swindler team consisting of the leads swindler Kim Seon Dal, Bo Won, female Buddhist Yoon, and Gyeon. In this movie, Yoo Seung Ho plays the role of Kim Seol Dal, the genius swindler possessing a captivating appearance and bravery! The story reveals how the swindler squad plans to steal tobacco, the most expensive traded product. However, to execute their plan, the team will have to deceive the most powerful man, Sung Dae Ryeon. 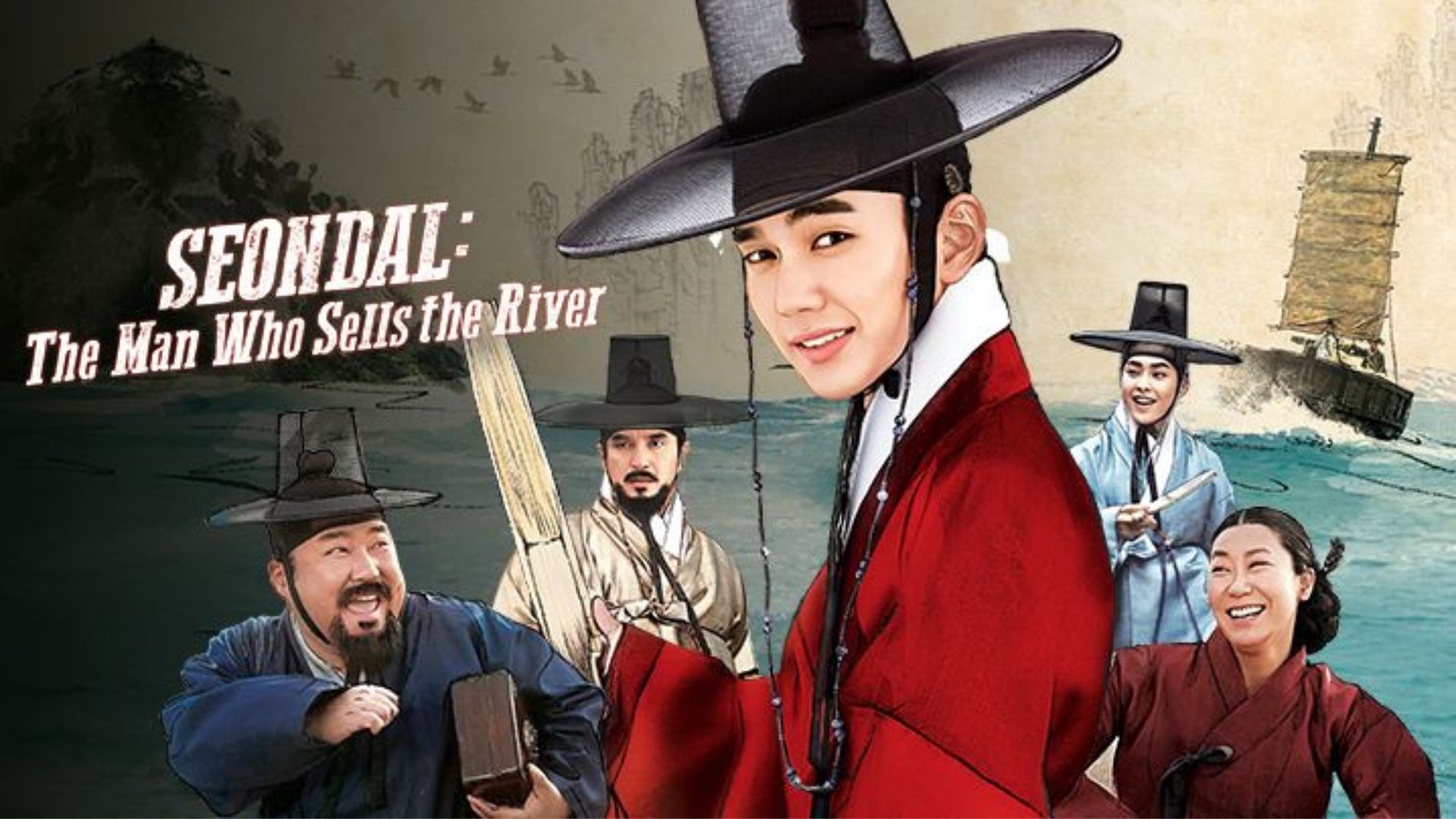 The film has proven that Yoo Seung Ho perfectly fits the historical character! ‘Seondal: The Man Who Sells The River’ is the ancient novel of satire and humor about Kim Seol Dal, who sold off the River Daedong. The movie will capture you with its intriguing yet comical storyline bringing out a weave of emotions!

The thriller mystery drama ‘Remember: War of the Son’ is another exceptional performance piece by Yoo Seung Ho. In this drama, Yoo Seung Ho plays Seo Jin Woo, the man who has hyperthymesia that makes him remember life experiences in perfect detail. The drama follows how Seo Jin Woo uses his ability to prove his father’s innocence, who is wrongfully accused of murder and put on death row. However, another twist that makes it more thrilling is Seo Jin Woo suffers from Alzheimer’s and constantly experience memory loss, which worsens throughout the series. 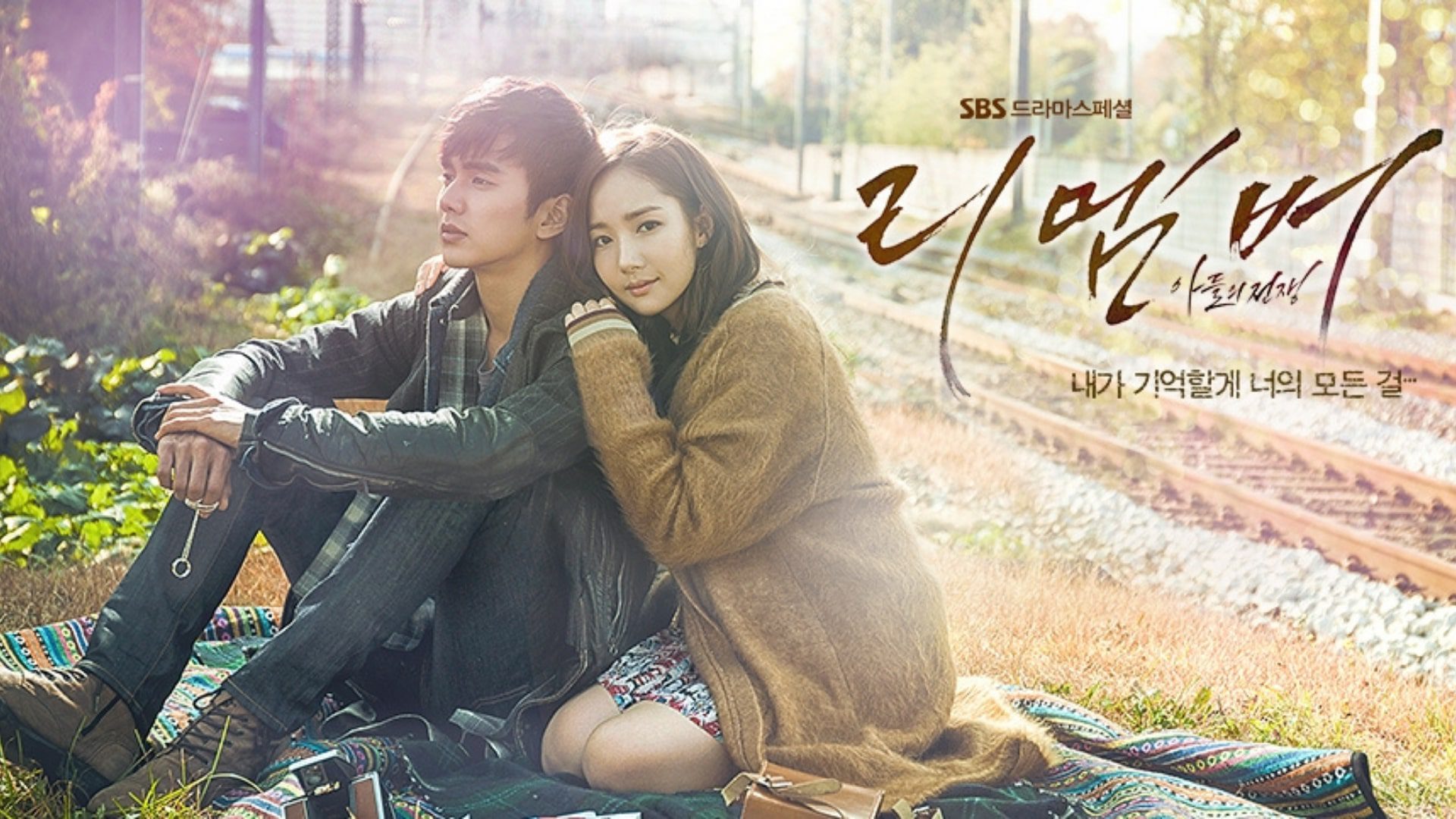 Therefore, before starting this drama, you should get ready to watch Yoo Seung Ho suffering and the pain that will wrench your heart. A box of tissues will be helpful. Yoo Seung Ho as a desperate son trying to save his father while going through his personal hell, has portrayed his role remarkably. Thus, it is one of the best dramas revealing top-not acting by Yoo Seung Ho!

The young Yoo Seung Ho in ‘Blind’ will astound you with his outstanding acting! It is the film we can’t help but add to the best dramas and movies list of Yoo Seung Ho. The action thriller tale revolves around a missing person case implicating a female university student, and the victim in a hit-and-run case appears to be the same person. However, when detectives look for a witness, Min Soo Ah appears as a witness. But it turns out she is blind. While Min Soo Ah uses her sharp sense to help the police in the case, Kwon Ki Sub appears who have witnessed the case with his own eyes. When Min Soo Ah and Kwon Ki Sub express contradictory statements, the table turns as the investigation goes through many twists and turns. 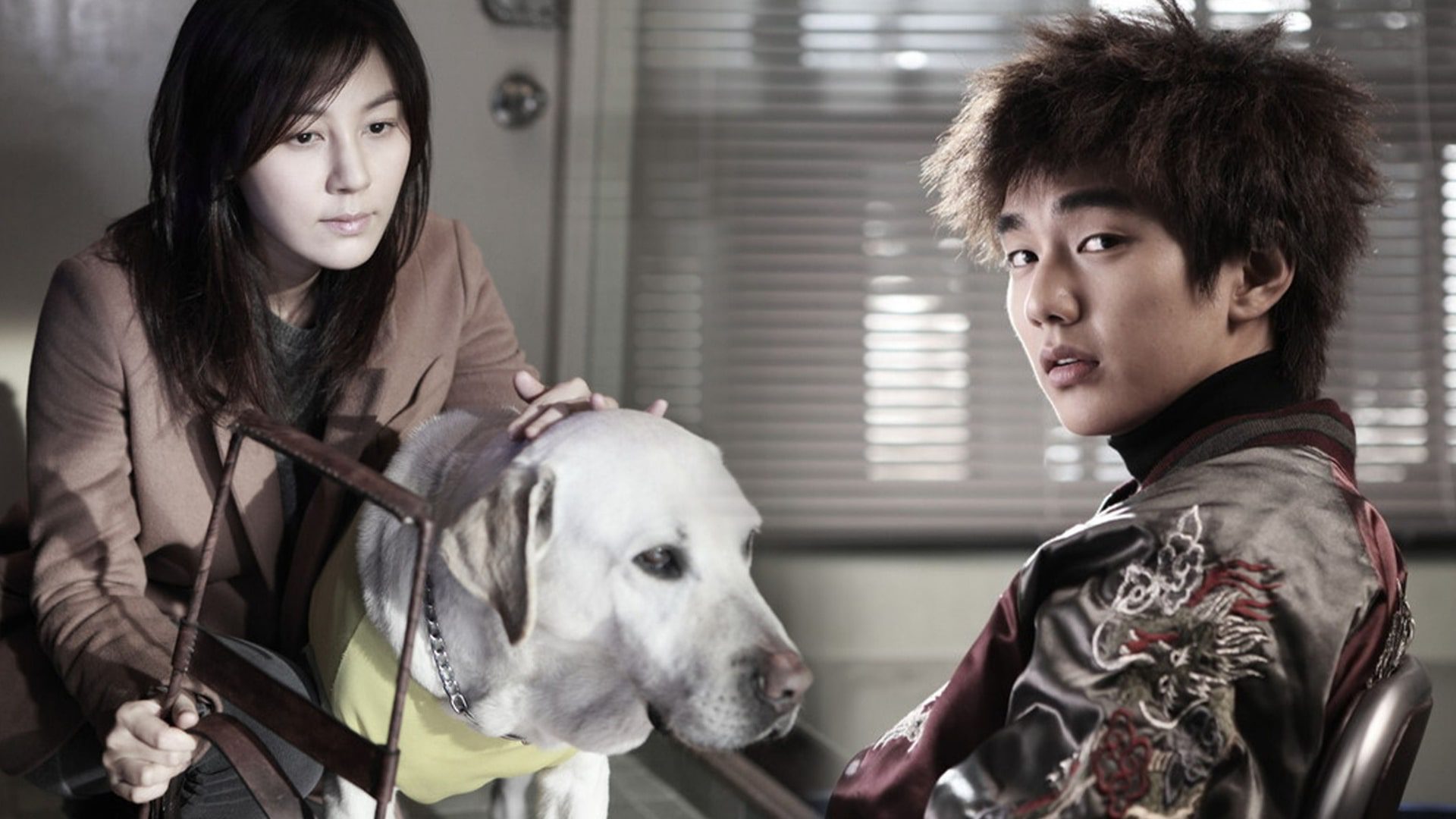 The Korean movie ‘Blind’ will take you a thrilling ride with the brilliant chemistry of Yoo Seung Ho and Kim Ha Neul! After all, ‘Blind’ is a perfect movie for thriller mystery buffs. Also, having Yoo Seung Ho in it makes it extra exciting to watch!

Ever heard of anyone suffering from a human allergy? No? Well, here we introduce you, the unique character suffering from a human allergy played by Yoo Seung Ho! The kdrama ‘I’m Not a Robot’ follows Kim Min Kyu, who is allergic to human contact. Due to his special condition, he becomes interested in a robotic project- Aji-3, and thus, asks the creator of it to let him test the robot. Had he thought he would receive the delivery of the human girl instead of the robot? Well not! After an unexpected accident, the creator of Aji-3 asks his ex-girlfriend to pretend to be the robot. After all, the robot is modeled after her. From there, the sweet sci-fi romantic tale of the girl pretending robot and the boy allergic to human contact begins! 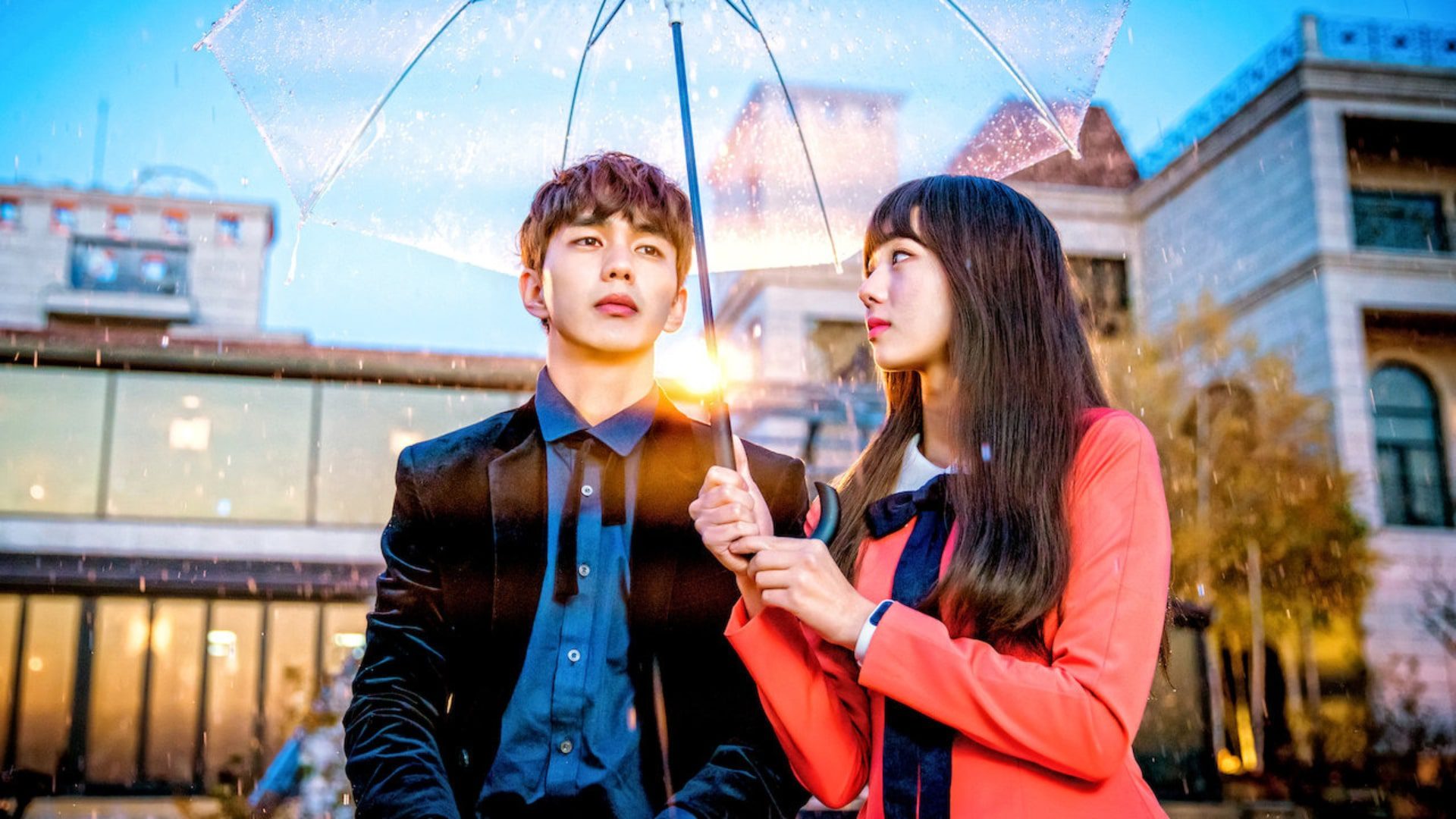 Overall, the concept may sound crazy. The adorable Yoo Seung Ho makes the whole drama sweeter than cotton candy! If you crave lovely Yoo Seung Ho in romantic-comedy, ‘I’m Not a Robot’ is the perfect drama to watch! The heart-fluttering chemistry between Yoo Seung Ho and Chae Soo Bin will undoubtedly give you diabetes!

Finally, ‘Memorist’ tops the best drama list of Yoo Seung Ho! ‘Memorist’ proves that Yoo Seung Ho is born for thriller mystery genres. Adapted from the webtoon of the same title, ‘Memorist’ follows two highly skilled professionals, Dong Baek and Han Sun Mi. Whereas Dong Baek possesses an extraordinary ability, where he can peer into the memories of whoever he touches, Han Sun Mi is a genus profiler with a doctorate in criminal psychology and has solved five cold cases that even a detective with supernatural powers couldn’t do. The kdrama will lead you in the pit of endless twists and turns when both leads meet their match, a serial killer with abilities that surpass their combined! 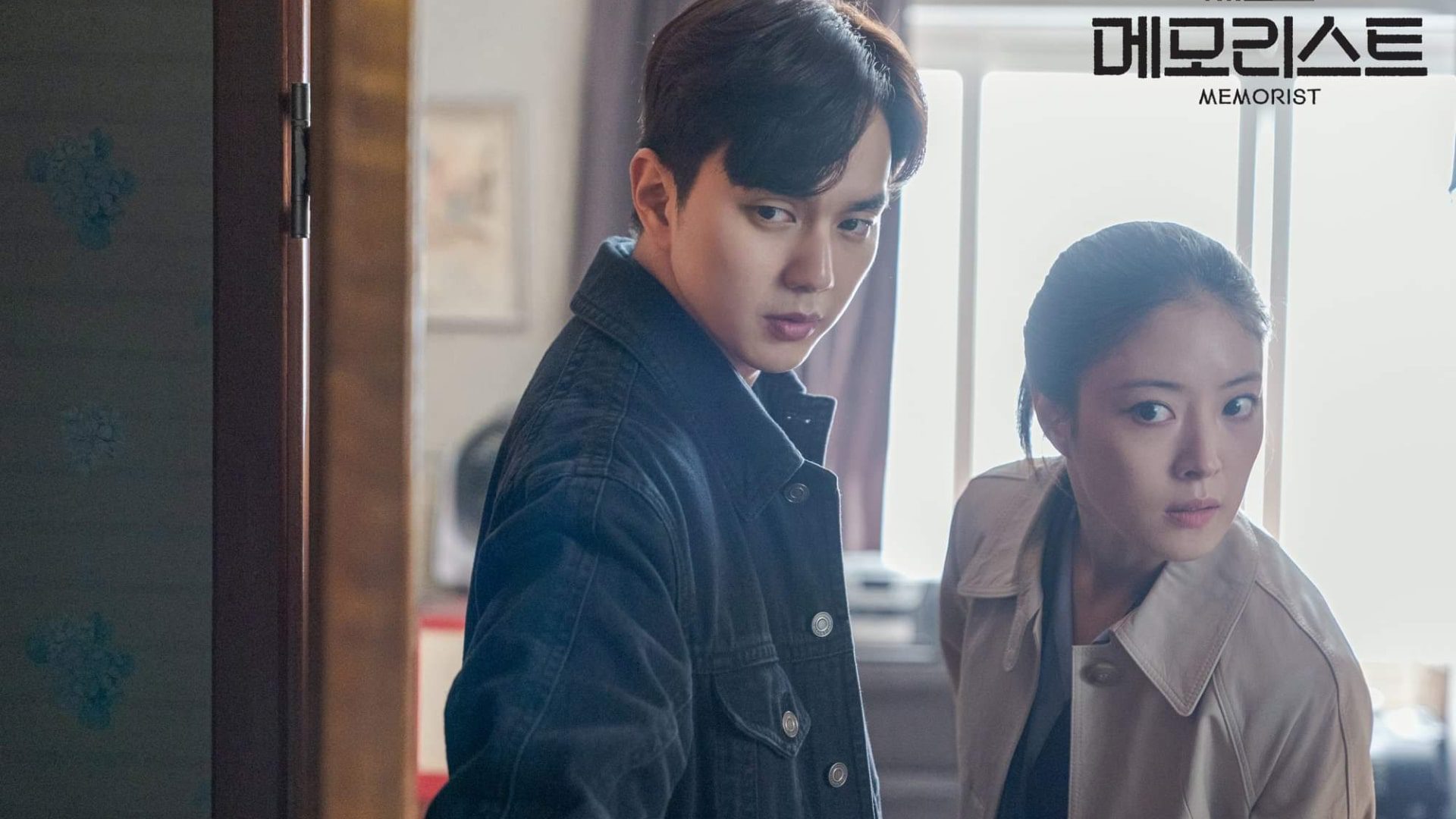 A supernatural thriller mystery with Yoo Seung Ho as main leads, what more do you even want in a Korean drama? After all, it’s an excellent combination. A fabulous storyline, Yoo Seung Ho’s remarkable acting, and the sweet chemistry with Lee Se Young make ‘Memorist’ worth adding to your watchlist!