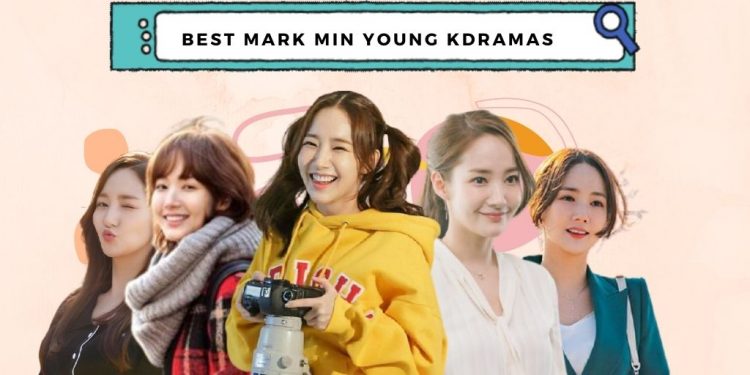 Park Min Young is kdramas have their own league in the kdrama industry. She is also the reason why a huge number of people have become kdrama addicts in the first place. Through her wide range in acting and dedication towards her craft, Park Min Young is one of the most sought-after actresses in South Korea. Furthermore, Park Min Young works under Namoo Actors. The talented actress took her first step into the world of kdramas through the evergreen South Korean sit-com Unstoppable High Kick. Over the years, Park Min Young has gone on to win various Best Actress Awards from APAN Star Awards, Asia Artist Awards, Soompi Awards, and was even nominated for the honorable Baeksang Awards.

Fans love the actress make every role that she plays stand out. Moreover, she shares sparkling chemistry with every single one of her co-stars. When you think that nothing could beat the duo of Park Min Young and Lee Min Ho, then she goes to amaze us all with her chemistry with Ji Chang Woon, then Park Seo Joon, and the list goes on. Be it a tear-jerking scene or a hilarious one, Park Min Young never misses a beat.  If you are new to kdramas, then a Park Min Young kdrama is the perfect way to start. Listed down below are Park Min Young’s kdramas that will make you laugh, cry, and of course, fall in love with her.

Here is the list of Best Park Min Young Kdramas and movies that Are Evergreen:

One of Park Min Young’s most iconic kdramas. Additionally, City Hunter is an action thriller sprinkled with a swoon-worthy romance. This drama is based upon Tsukasa Hoju’s famous Japanese novel by the same name. The storyline of this series was so well written that the show became extremely popular in Europe. Furthermore, the screenplay of this drama is co-written by Choi Soo Jin (Heart Surgeons) and Hwan Eun Kyung (D-Day). This show is directed by the very talented Jin Hyeok, who is the mastermind behind The Legend Of The Blue Sea, The Master’s Sun, and Shining Inheritance. Moreover, City Hunter aired in the March of 2011 on SBS. This drama is one of the most highly-rated South Korean dramas of all time.

Over the course of twenty episodes, City Hunter tells the story of Lee Yoon Sung’s revenge. After an unfortunate incident leads to the death of his father, he swears to take revenge on the people who brought his father to death. However, getting revenge, especially when the murderers hold high positions in the Blue House, is extremely difficult. In his quest for revenge, Lee Yoon Sung meets Kim Na Na. She is a tough fighter and is tasked to protect the very people that Lee Yoon Sung wants to destroy. How Lee Yoon Sung reaches his goal and this relationship with Kim Na Na is what this exciting story is all about.

The drama has spectacularly braided so many stories together that there is not a single dull moment. Moreover, the cast of City Hunter was headed by Park Min Young and Lee Min Ho, whose chemistry is raved about even to this date. You can watch this action-filled  Park Min Young kdrama on Rakuten Viki and Apple TV.

One of the absolute best among all the amazing kdramas that Park Min Young has blessed us with. Time Slip Dr. Jin is not just any medical kdrama. It’s a medical kdrama set up in the Joseon era. To make things even better, the main cast of Time Slip Dr, Jin includes show stoppers such as Lee Bum Soo (Moorim School), Park Min Young, Song Seung Heon (When A Man’s In Love), Kim Jae Hoong (Protect The Boss), and Lee So Yeon (Miss Monte Cristo). Han Ji Hoon ( River Where The Moon Rises) and Jun Hyun Jin (The Fox Family) were the masterminds who wrote the screenplay of this spectacular Park Min Young kdrama. Moreover, this kdrama was co-directed by Oh Hyun Jong (Weightlifting Fairy Kim Bok Joo) and Han Hee (Empress Ki), which explains how it is so perfect.

Additionally, this medical kdrama had twenty episodes and aired on MBC in the May of 2012. The concept behind this Time Slip Dr.Jin is borrowed from a Japanese drama named JIN. A cold-hearted and extremely successful neurosurgeon suddenly finds himself in the Joseon era. Although there are no proper facilities and equipment, he starts treating the sick and injured. Through this journey, Dr.Jin learns what being a doctor truly means. An intense storyline filled with heart-melting moments that will keep you hooked. Park Min Young plays the role of Young Rae, throughout a large part of the series. Her role in this kdrama brought her a lot of recognition not just from South Korea but also all around Asia. You can enjoy this history medical fusion kdrama on Rakuten Viki.

Another great historical kdrama by Park Min Young is Queen For 6 DAys. Queen For 7 Days was a huge win for romance genre lovers. To add more diamonds to its crown, this historical kdrama is based upon the true legend of Queen Dangyeong, whose reign lasted for only a week. Furthermore, the storyline of this drama is written by the brilliant Choi Jin Young. The director of Queen For 7 Days is Lee Jung Sub (Dali and the Cocky Prince). The creators have done a great job at pitching the storyline. Friendships, betrayals, romance, palace politics, greed, and revenge are amazingly highlighted in this kdrama. The cast of this historical kdrama truly won fans over with its ability to make the audience laugh uncontrollably in one moment and sob inconsolably in the very next.

The main cast consists of the beautiful Park Min Young in the lead role of Queen Dangyeong, Yeon Woo Jin (I Wanna Hear Your Song) as Jang Yoon, and Lee Dong Gun (Angel’s Last Mission: Love) as King Yeon Sang Un. This magnificent drama was aired on KBS2 in the May of 2017. The plot of Queen For 7 Days revolves around Queen Dangyeong and her struggle. How in order to stay with the love of her life, she was constantly degraded in the palace. The tragic story of Queen Dangyeong and King Jungjong’s separation will rip your heart into pieces. The Queen For 7 Days is forever stitched into our memories due to the magical chemistry between Park Min Young and Yeon Woo Jin. You can watch this spectacular Park Min Young kdrama on Rakuten Viki and Apple TV.

If kdramas were an airport, then What’s Wrong With Secretary Kim would be the passport. Airing in the June of 2018, this Park Min Young kdrama became one of the most buzzworthy kdramas in South Korean cable television history. Moreover, the series is based on the work of Jung Kyung Yoon, which was published in 2013. This intriguing series is co-written by Baek Sun Woo (My Roommate Is A Gumiho), Choi Boe Rim (Touch Your Heart). Whenever these two talented women join hands for a script, we are always blessed with a sweet romance filled with laughter and an intriguing storyline. Additionally, this kdrama is directed by Park Joon Hwa (Because This Is My First Life).

This k-series revolves around a self-obsessed CEO, Lee Young Joon, and his diligent secretary Kim Mi So. Lee Young Joon has a very picky personality and pays little to no regard to others’ feelings. Staying by his side and learning every day, Kim Mi So now knows him like the back of her hand. Things go smoothly for nine years until Kim Mi So suddenly reveals her plans to resign and focus on herself. What ensues is a chaotic romance between two polar opposite people. Park Min Young plays the elegant role of Kim Mi So in this kdrama. In various interviews, she has mentioned how Kim Mi So is the character closest to her reality. The narcissistic CEO is played by none other than the beautiful Park Seo Joon (Fight For My Way, Itaewon Class). Apart from their dazzling chemistry, everyone fell in love with Park Min Young’s sense of fashion in this kdrama. You can watch Park Min Young’s What’s Wrong With Secretary Kim on Rakuten Viki and Apple TV.

To find the best among Park Min Young kdramas is like choosing between Chanel and Louis Vitton. However, with its thrilling plotline, hilarious moments, and a chemistry that made our hearts melt, Healer does the impossible. Song Ji Na is the brilliant screenwriter of Healer. Over the course of sixteen hour-long episodes, this kdrama never misses a beat. Moreover, Lee Jung Sub (Dali and The Cocky Prince) and Kim Jin Woo (Love Alarm 2) co-directed this action kdramas.

The series revolves around the mysterious Seo Jung Hoo. He does everything from robbing a bank to destroying evidence if his client pays him a hefty sum of money as long as it does not involve taking anyone’s life. His job leads him to a quirky reporter named Chae Yeong Shin and one of the biggest faces in journalism, Kim Moon Ho. When these three supposed strangers meet, a shared tragic history from their past starts unraveling. The main cast of this kdrama consists of Park Min Young, Ji Chang Wook (Suspicious Partner), and Yoo Ji Tae (Jugglers). You can watch this thrilling romance on Rakuten Viki.

Top ‘Lee Sung Kyung’ K-Dramas That Prove That She Is Beauty With Brains!