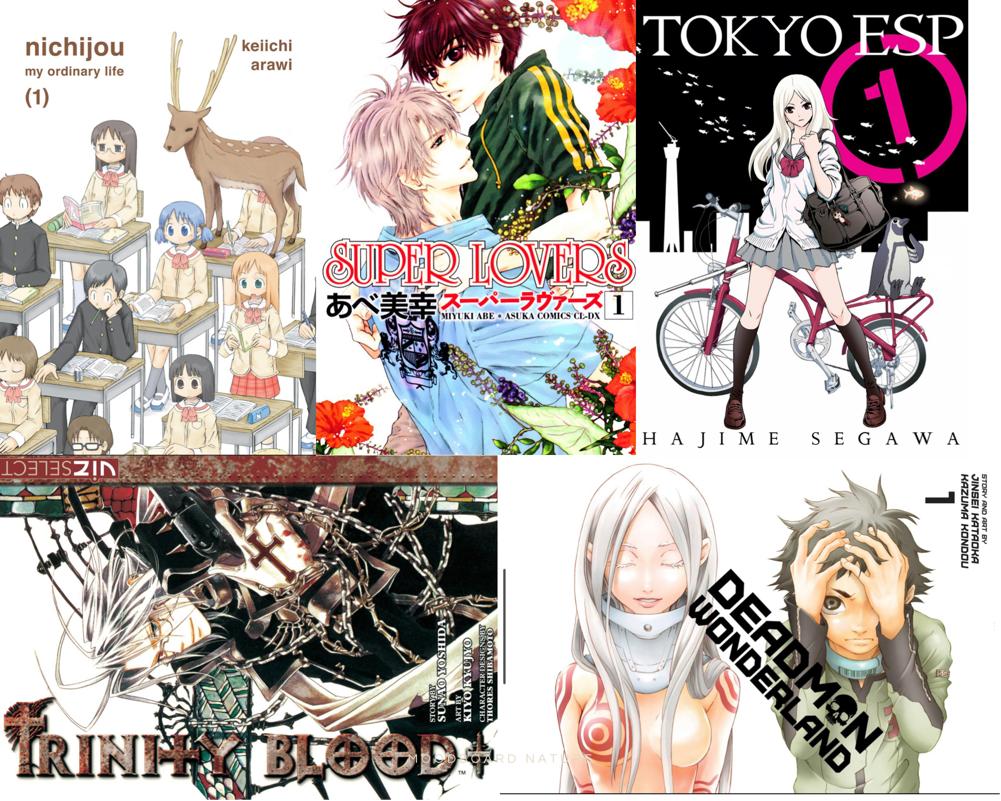 Kadokawa Manga You Must Read

Kadokawa Corporation is one of Japan’s media industry giants, which also has great influence in the western market. This Corporation holds together several establishments, forming the Kadokawa Group. All the establishments deal with different type of media which includes, Publishing, Film and Anime, and digital media. It’s mostly known for producing famous Anime like Your Name, Re: Zero, and many more, the list is never-ending.

While many people prefer watching Anime over Reading Manga. And what they don’t appreciate is that Manga is great media for entertainment as well. You emerge into a whole other world and gain experience and knowledge by reading it. Kadokawa has a whole library full of great manga out there. They recently announced that the company will start publishing their Mangas and light Novels Simultaneously in English as well. This gives many fans a great chance to wholeheartedly invest in reading more.

From Horror to Rom-Com and Action, there are lots of Great Stories. So here is the list of Top 10 Manga from Kadokawa that you must read:

Nichijou is written and illustrated by Keiichi Arawi under the serialization of Shounen Ace. In simple terms, it means Everyday Ordinary Life, but this manga features far from normal life events. It focuses on the bizarre life experience of Nano Shinonome and her high school friends. Nano is not like any other girl cause she is a robot made by Hakase, an 8-year-old scientist. When Nano enrolls in high school, she is afraid of everyone being finding out her secret. But behest to her knowledge, she’s already been found out as she always carries a metal key in her back.  But her classmates do not let her know that, they know about the secret. This manga is a gag manga with lots of funny scenarios that you may find hilarious. 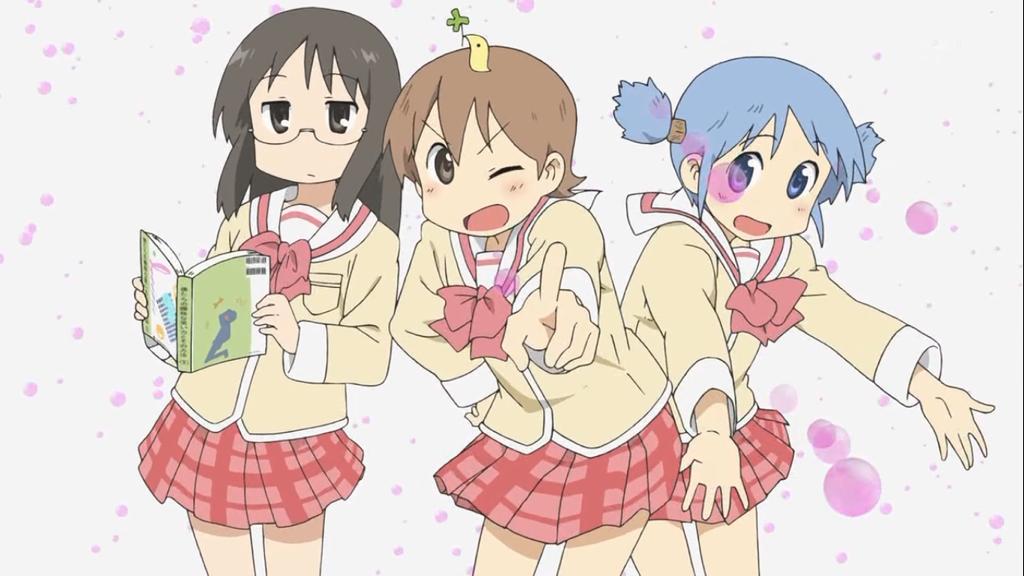 Super Lovers is written and illustrated by Miyuki Abe under the serialization of Emerald. This is Yaoi, aka a Boys Love manga, with a resemblance to Shoujo Art. The story focuses on our two main characters Haru and Ren. Haru’s parents were divorced when he was quite young, years later, he visits his allegedly sick mother in Canada. It was during his High school summer vacation. There he meets Ren, an 8-year-old boy who was adopted by his mother. After spending a great vacation with Ren, he returns to Japan. But unknown to him, a tragedy was ready to strike him that would change his life forever. The love story moves at a slow pace, which gives the characters great development throughout. You will love their chemistry together. 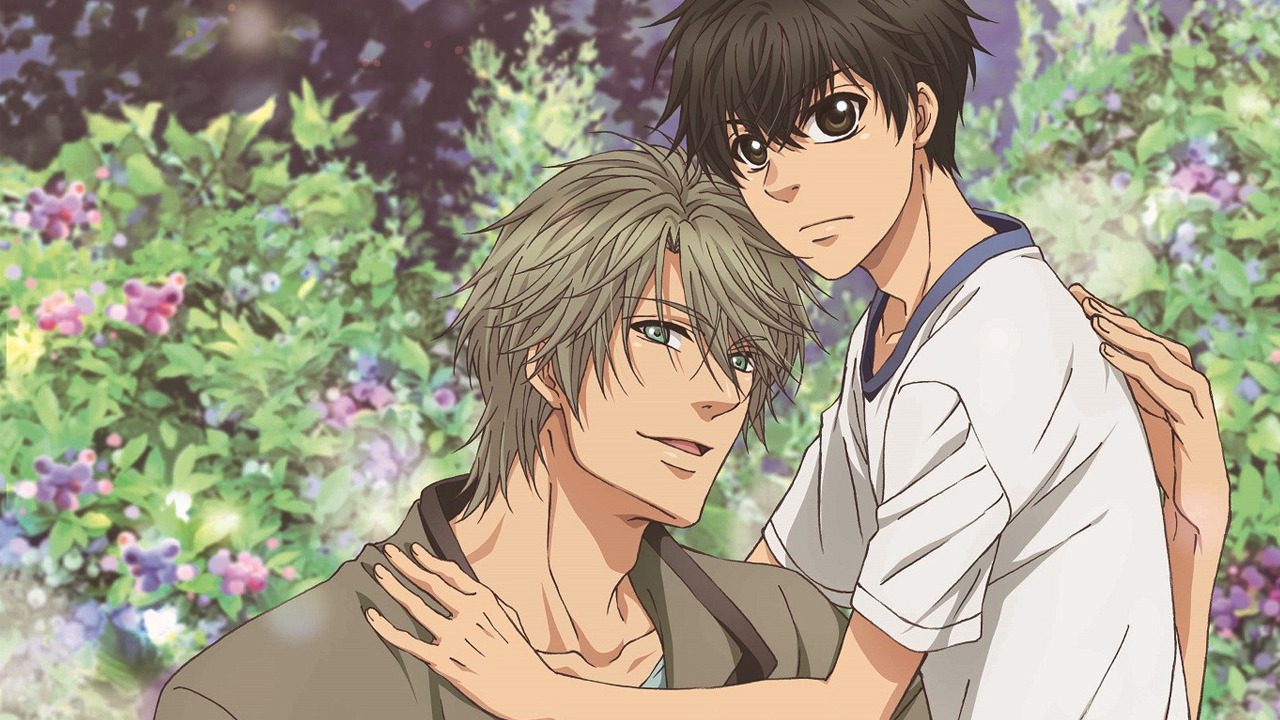 What would you do if you can read your future in your phone diary? Future Diary is written and illustrated by Sakae Esuno under the serialization of Shounen Ace. The story focuses on Yukiteru Amano, a bashful middle scholar. His obsessions include writing a personal diary about his surroundings and talking to his imaginary friends, Duex and Murumuru. That night Duex tells him if he would like to play the Future game. Knowing it’s his imagination, he avoids the topic and goes to sleep. But suddenly next morning, he gets these weird diary entries about incidents that will happen in the future. This does happen, and now he is leading a good life. But what he didn’t know was his life was about to take a dark turn. 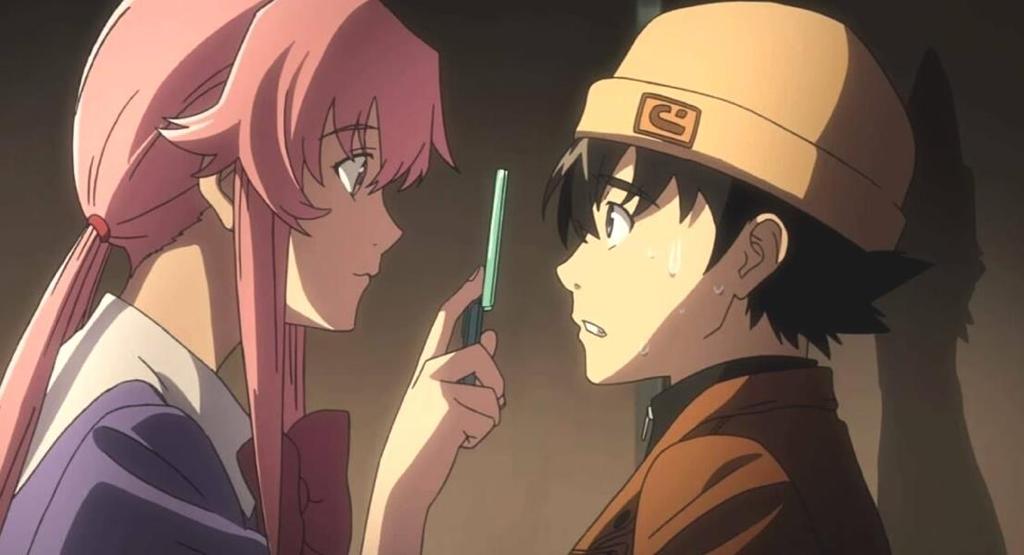 You can purchase this Manga from Amazon.

Written and illustrated by Hajime Segawa, Tokyo ESP is part of the Shounen Ace Serialization. The story Focuses on Rinka Urushiba, a high school girl with dreams of becoming Rich. One day as she was returning home, she saw some glowing fish swimming in the sky like an aquarium. As she got closer to look through the sky, the glowing fish suddenly went inside her, causing her to faint. When she woke up, she found out that she now possessed the power to pass through inanimate things. This Sci-Fi manga follows her weird adventure as she tries to figure out her situation. 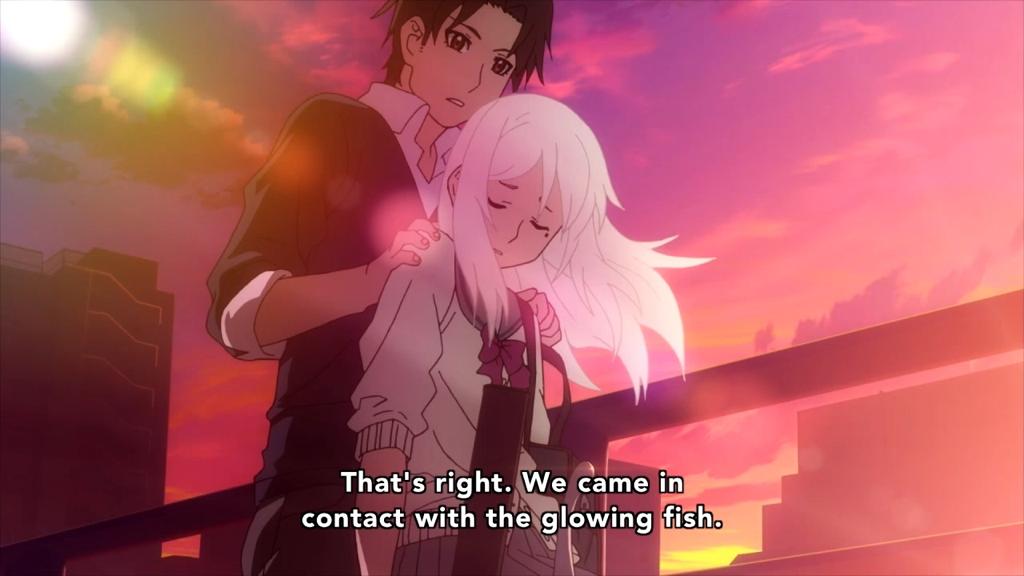 Also, Read – 10 Best Manga Similar To Dr. Stone That You Should Read

You can Purchase this Manga from Amazon

Trinity Blood is written by Yoshida Sunao and illustrated by Kiyo Kyuujou under the serialization of Asuka. The story follows Esther Blanchett, a nun who is an orphan, and Able Nightroad, an awkward Catholic priest. Set in an Era where war can anytime happen between Vampires and Humans. Esther meets Able, and soon after meeting him, her life takes a mysterious turn. When she founds out that Abel is a Methuselah ( vampire that preys on their kind) who works for the Vatican. Witness a great journey of a girl and a Vampire and their catastrophic adventures. 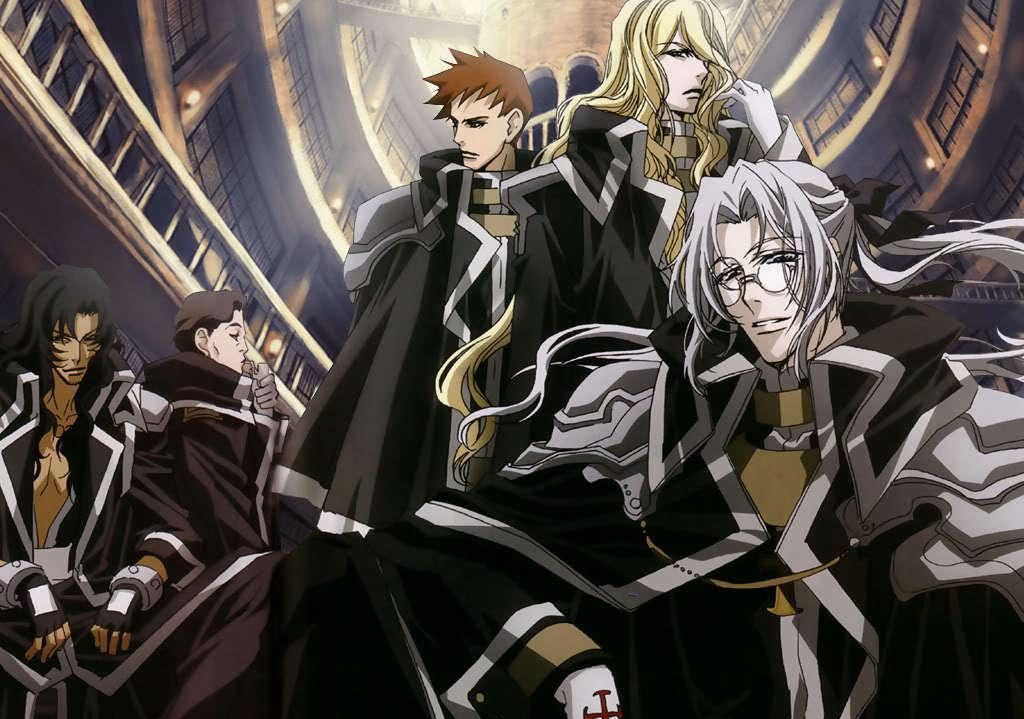 5. High School of the Dead

This Manga is written by Daisuke Satou and illustrated by Shouji Satou under the serialization of Dragon Age. The story focuses on Takashi Komuro, a second-year high school student who first witnessed a zombie attack on his school. When he was on the rooftop, he saw someone attacking his teachers. And then suddenly, his friend Rei and Hisashi come on the roof and start fighting these zombies. This zombie-centric Manga features gore violence with a great set of characters. Sadly the author of this series, Daisuke Satou, has passed away, leaving the series unfinished. But despite that, this series is great and deserves your attention. 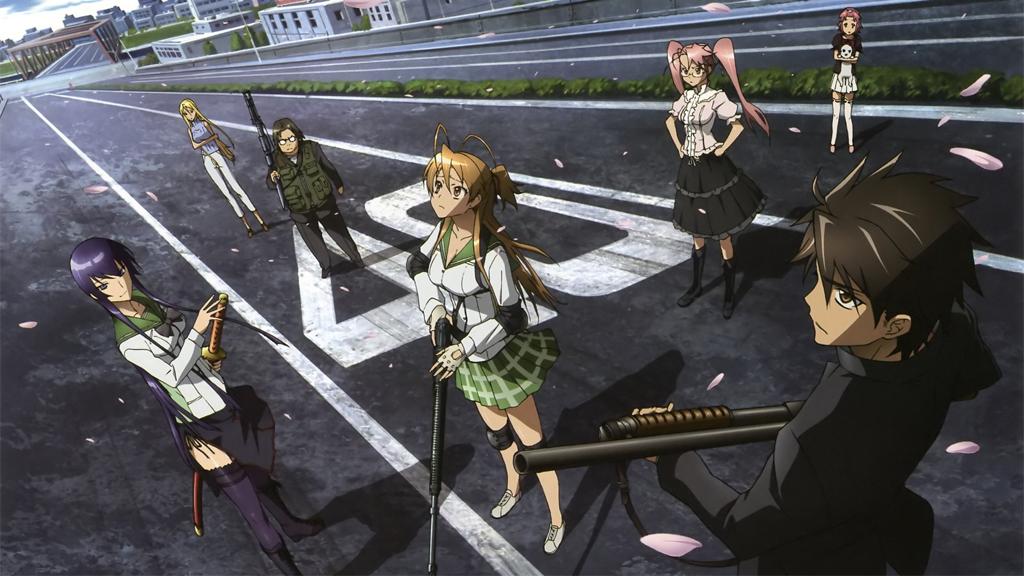 Under the serialization of Shounen Ace, Kazama Kondou wrote and illustrated this manga. Set after the powerful earthquake incident in Tokyo, the story follows our Protagonist Ganta Igarashi, who is a normal middle scholar. When one day a man kills his entire class and leaves him to be falsely convicted, his life completely changes. As a result, he is transferred to the Deadman Wonderland Prison, situated in a theme park post-earthquake. This prison is privately run and often caters as a tourist attraction for entertainment. Ganta’s survival in this prison is the subject of the Manga, which reveals many secrets. 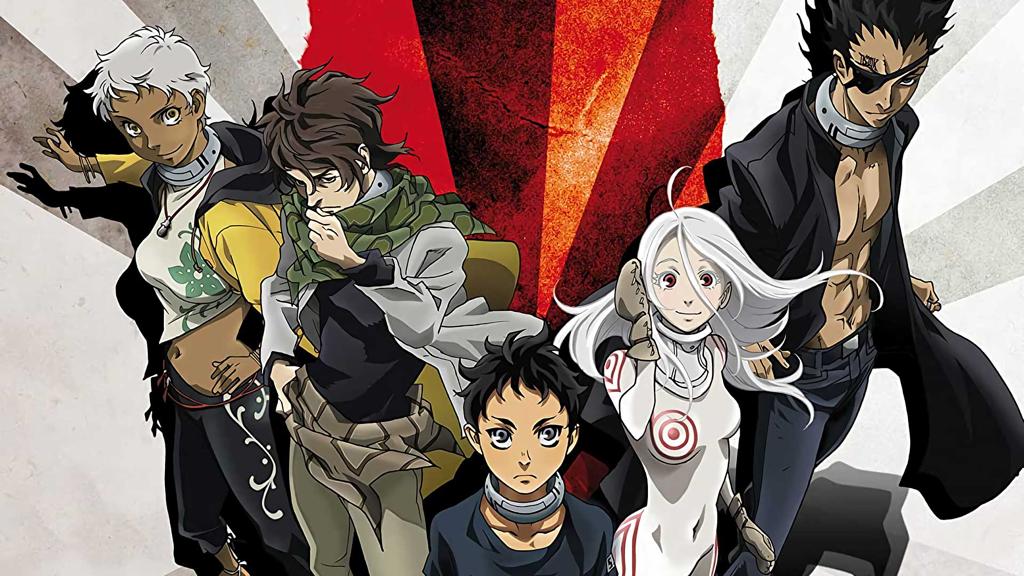 Also, Read – Manga Plus App Makes All Chapters Available For Reading, For 41 Manga Series Till 2023

The team clamp, who wrote and illustrated this manga, is currently serializing it under Asuka. The story follows Kamui Shiro, who has returned to his home town Tokyo after 6 years. While possessing some natural Telekinetic Skills, he returned to face his destiny upon the words of his dying mother. This manga focuses on human psychology and supernatural aspects of human life. The art style is very good, mainly for the Shoujo demographic. 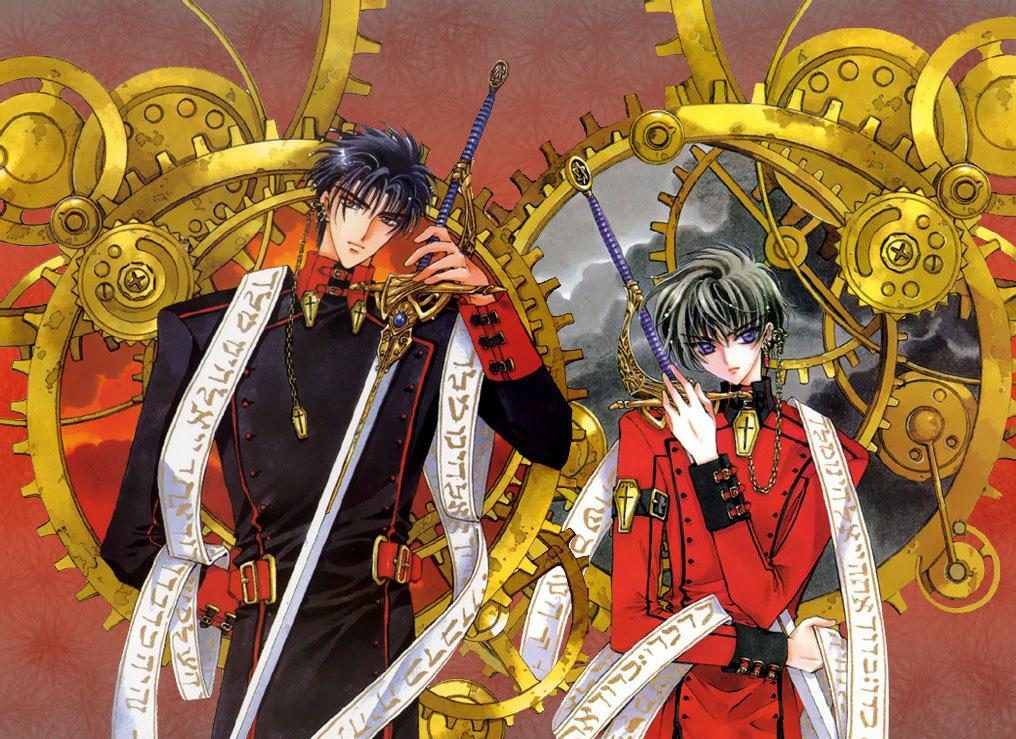 Also, Read – Where and How to Read One Piece Manga?

GFantasy is serializing this manga, written and illustrated by Iro Aida. The Story focuses on the supernatural adventures of a high school girl, Nene Yashiro, and Hanako, a toilet-bound ghost. The main reason to read this manga is, first, its unique approach for School themed supernatural horror elements. And secondly for its astounding Art style, which will just leave you mesmerizing at it. 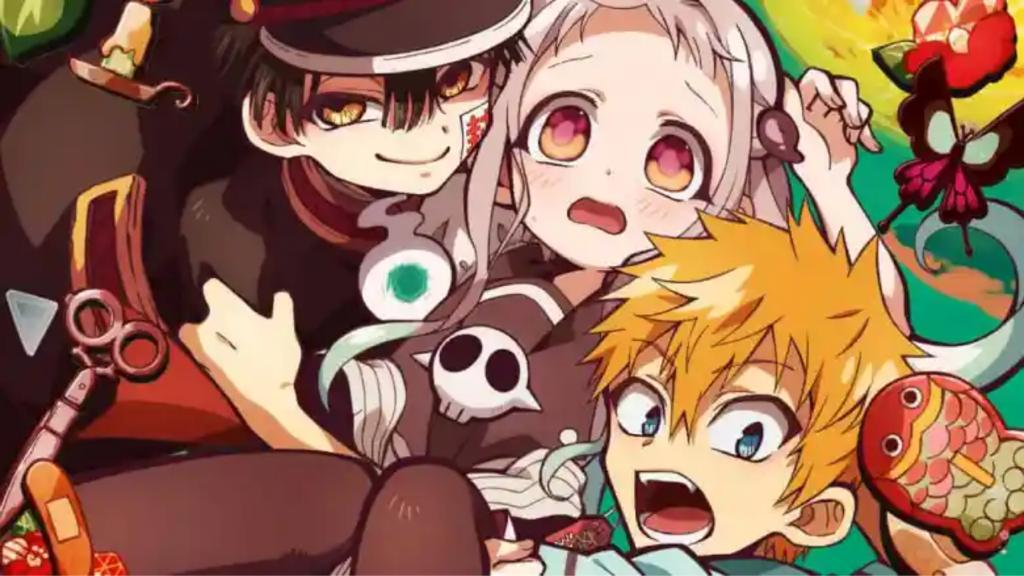 This Manga is written by Kafka Asagiri and illustrated by Sango Harukawa under the serialization of Young Ace. The Story follows Atsushi Nakajima, who has been kicked out of his Orphanage. With being in the state of utter death without any food or shelter, he comes across saving a Man’s life. The Man, Osamu Dazai, being thankful, invites Atsushi to his Detective agency and offers him food and work. Witness a great detective story with supernatural aspects and with a perfect art style that caters to an adult audience. 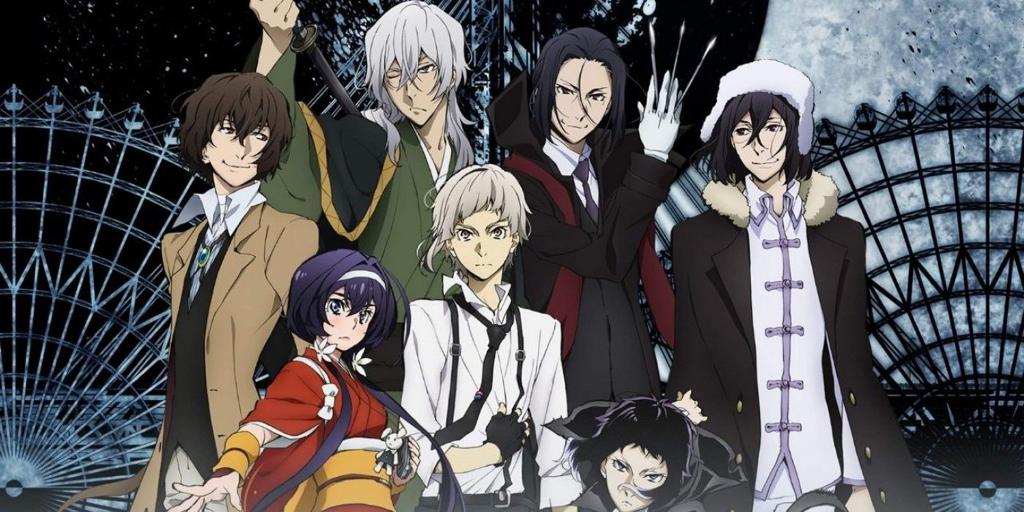 Also Read  – How To Read The Tokyo Revengers Manga?