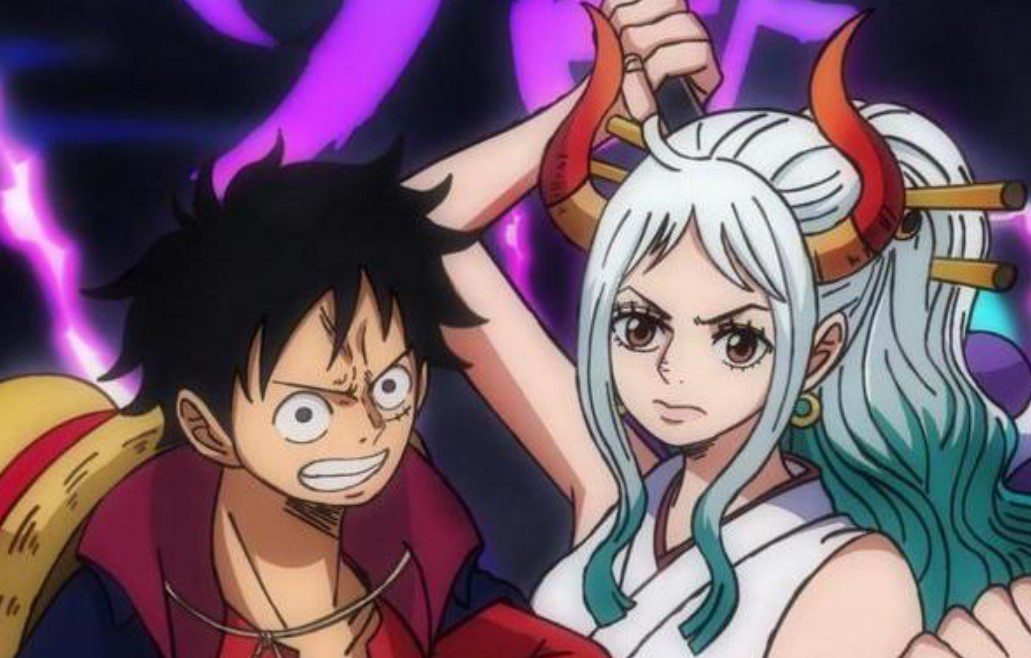 One Piece: Manga has been revealing Onigashima’s arc that is about to fall, and the Manga has been on this arc for a long time. One Piece has a lot to offer in the coming weeks. The battle continues while Luffy faces Kaidou, Sanji faces Queen, and Zoro faces King. Onigashima’s fate is on the brink of destruction, but Kaidou cares no less since he wants to destroy the Flower Capital. We will be looking at the build-up of the Pirates vs. Samurai and other interesting battles in flying Onigashima. This has also helped Momonosuke play a part since he gained his dragon form and decided to help the Straw Hats.

In the previous chapters of One Piece-Manga, we saw Luffy and Momosuke returning to Onigashima after Momonosuke gained his dragon form. The two encounter Kaidou who was one one-on-one with Yamato. Luffy’s return has been tremendous, but Kaidou is still confident that he will defeat Luffy for the second time. The trio had begun to gain great moments during the brawl with Kaiduo since they had managed to land massive strikes that significantly impacted Kaidou. But Onigashima still flies at speed, heading to the Flower Capital.

Momonosuke also gets his moment when he beats Kaidou while Luffy gives him some orders. Kaidou was seen becoming weaker as the Onigashima dropped some rocks and debris. Luffy had decided to settle a score with Kaidou and allow Momonosuke and Yamato to step Onigashima from falling. Only Momonosku has powers like Kaidou to stop the falling Onigashima. On the inside, Zoro battles with King, which makes Zoro refuse to die on King’s hand since he believes that a swordsman man should die with a sword. 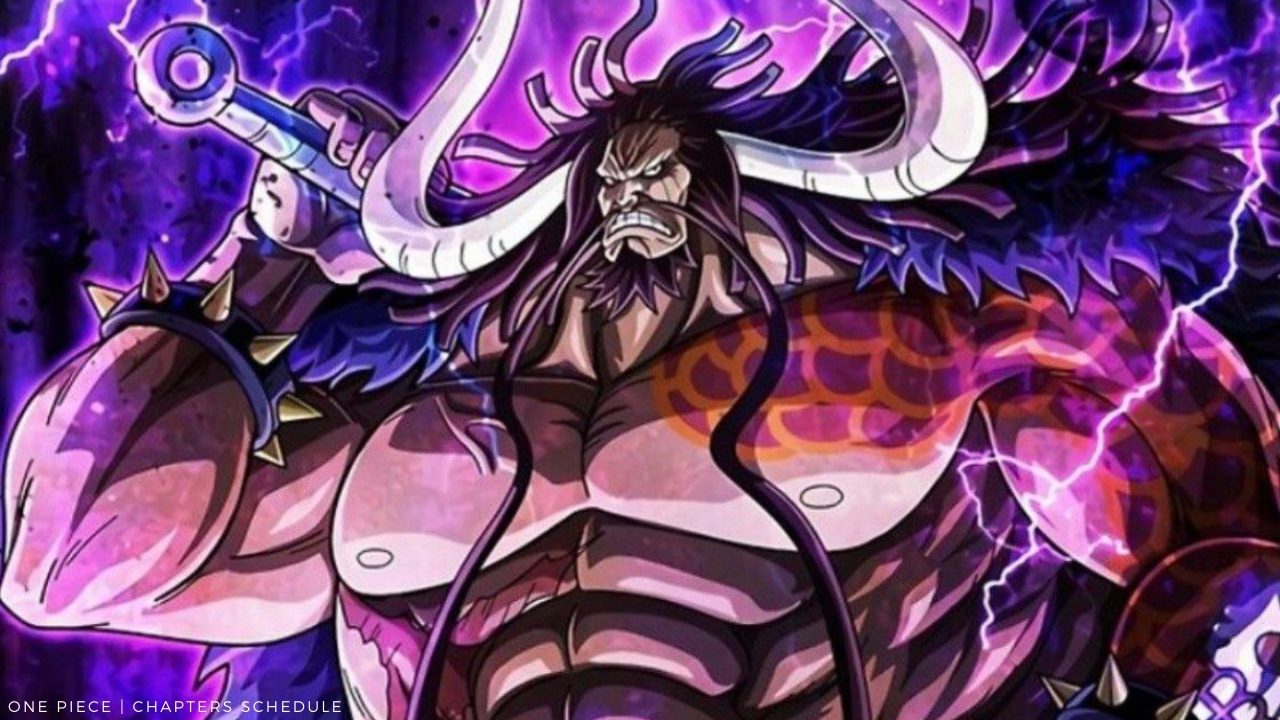 Also Read: How To Read The Tokyo Revengers Manga?

One Piece Manga has release twice in October, and it is left with another two chapters for this month. The Manga had taken a break as usually following its weekly schedule. The fans are lucky in a month that has five weeks since they will get four chapters. One Piece has been developing well and making the October months exciting, and the fans stayed tuned since they wanted to learn about the outcomes of the recent battle. In the next chapter, the Manga will continue where it has left off, but it might be revealing Sanji’s side or Luffy’s side.

One Piece is available every Sunday, but this coming weekend the Manga is on break. After a week, One Piece will return to its schedule, and they will it will face a break in the next months. The next chapter will be massive since the battles are on another level and Yamato with Momosuke are solving Onigashima’s problems. The Manga will be updated soon. Let’s look at what One Piece will offer for the following remaining weeks of October below. 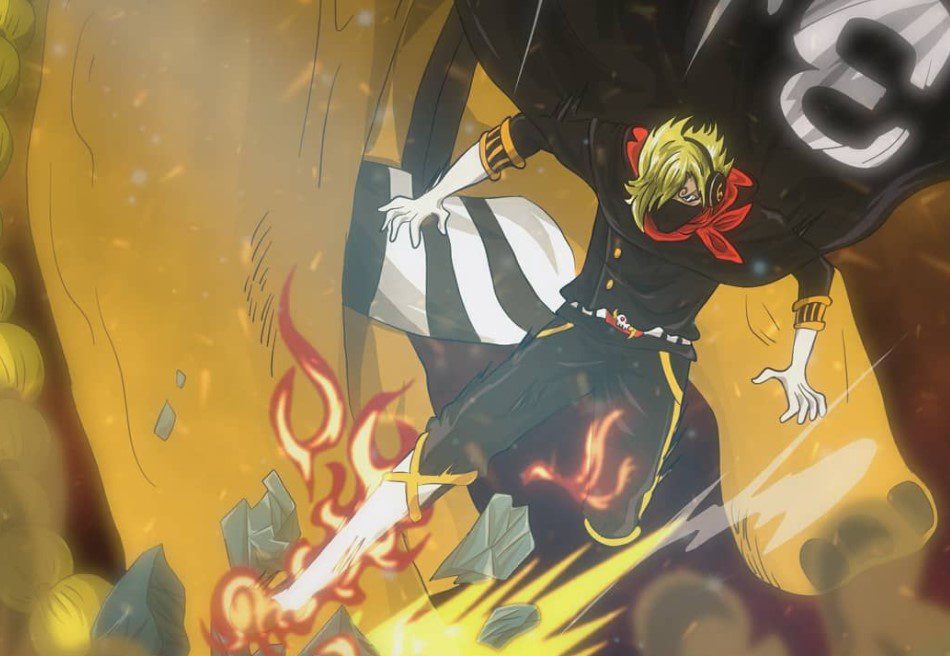 That marks the end of October, but the two chapters from above will be followed by the ones that will start the new month. The next month will release in the first week but face a break and then release the next three in the row. This Manga will be concluding its calendar year in the next two months. But we won’t expect more than six chapters since there are still two breaks that One Piece will take before closing this year. Despite delaying its chapter, One Piece always returns on Sunday.

Note that the Manga will be left with less than six chapters for this year. The manga fans might have lots of questions concerning Onigashima’s fall and Kaidou’s powers tweaking. But the latest chapters will reveal that, and if Kaidou keeps on weakening, this might be his fall. The Onigashima arc is far from over since there is a lot of battle to be completed before the mystery behind Onigashim gets solved. Momono, on the other hand, is trying his best to unleash the Flame Cloud to control Onigashima.

One Piece Manga keeps the same weekly schedule of releasing three chapters and then takes a weekly break. Every three chapters are separated with a single break. The Manga has more to deliver to the fans since the real battle has recently begun in the previous chapter. The hidden powers from both sides are yet to be revealed.

But things will get heated up in the next chapters, that will be focusing on Onigashima and various battle. This will be exciting for the fans since Luffy, and the others are facing their opponents. Every month One Piece will take a break, and it is expected since it has been using the weekly schedule of releasing three chapters and take a weekly break. This coming weekend the mangs will be taking the first weekly break, and then then three chapters will release, but the third one will be in the next month. 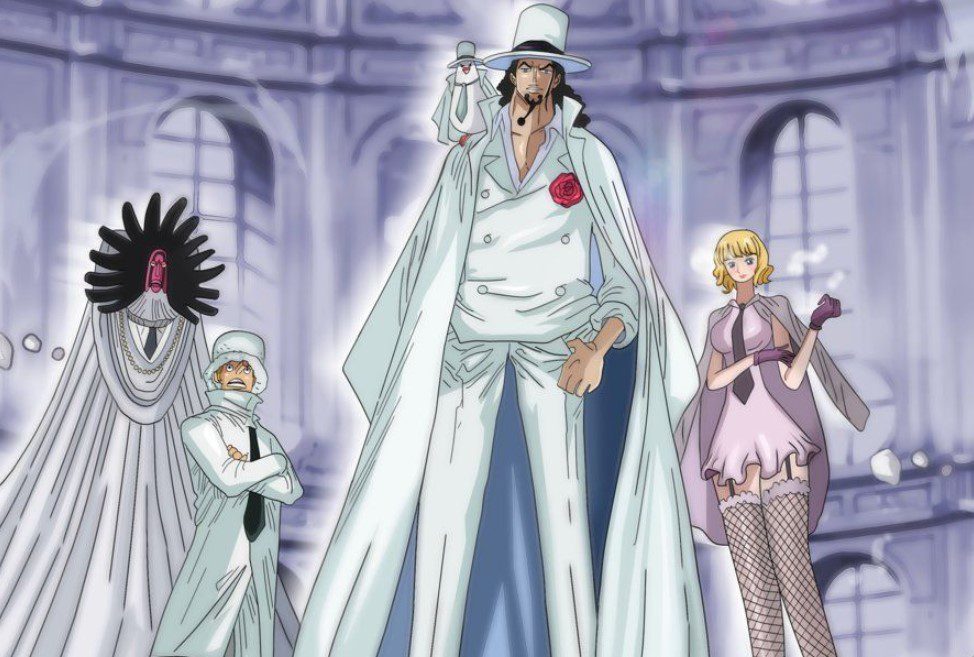 We will be looking for the updates that followed after those two realizes, and as usual, we update the schedule and other updates of One Piece every month. Every month had it interesting story and arcs that reveal more about the mangs and the plot of the story. One Piece will continue in the coming weeks. But only a few days for the latest chapter to release. Those eager to know about the Manga can access raw leaks and spoilers before the latest chapter arrives. This schedule had revealed everything about One Piece manga that we know so far.

The next chapter will release within ten days, and that is when the truth behind Onigshima and other the battle continue. We will update the next chapters all the time when the official platforms release, and stay tuned. Those two chapters will be closing the month, and one can wait for several days to get the next chapters. So far, until the year ends, we have only six chapters that will show the outcome of Sanji vs. Queen and other battles. The official platforms like VIZ will offer more about the mags since they get updated weekly.

In the recent chapter, the Manga focused on this while the others were fighting on the other side. Sanji vs. Queen had been happening for a while after Sanji suffered from the previous battle, he refused to fight with a lady. But now things have changed since he despises Queen and he has to defeat him. The battle revealed Queen to be stronger, but Sanji remained calmed waiting for his turn. They both had an intense battle that forced Queen to reveal his Hybridforn for couples a time after suffering some massive blows. 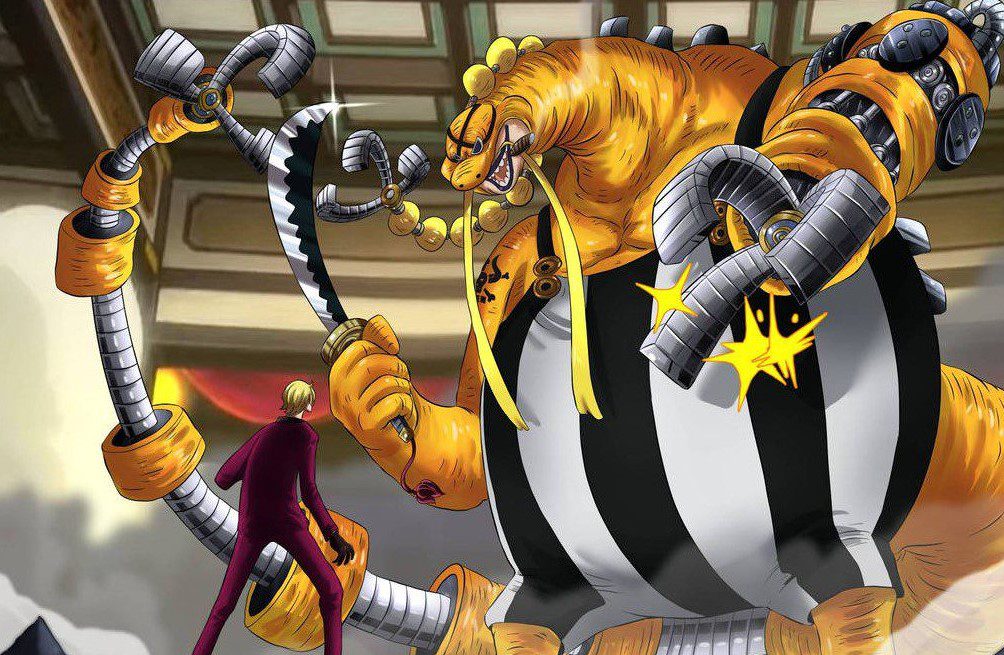 This battle has also drawn the CP0s attention that had begun doubting Kaidou and his allies. During Sanji vs. Queen, we saw a new form of Queen and new techniques that he uses against Sanji. Sanji also gets trapped, and everyone pities him thinking that Queen will never let him escaped, but after landing his signature, Sanji manages to free himself. That makes Queen angry, thinking that Sanji is not fighting at his best. But Sanji was seen getting into trouble by his injuries. Chopper and the Samurai also had a say during the battle.

We also saw Queen talking about Germa 66 powers, and he wants to fight Sanji at his best. That made Queen realizes that Sanji used Germa 66 in his last duel with King. But Sanji hesitates since he doesn’t like to use those powers, and he considers Germa 66 powers as the powers of monsters. Despite that, we also saw Sanji getting new powers and his body getting healing. But Sanji realizes it might be that power, and he doesn’t like it. Queen dominated the first round of this battle, and now it is Sanji’s time. Queen vs. Sanji continues with other battles in Onigashima.

You will be able to read One Piece Manga online on VIZ Media’s official website every Sunday at 18:00 JST. One Piece Manga is serialized on Shonen Jump+; Shueisha’s online magazine releases three chapters consecutively, then takes a weekly break. One Piece has delayed its recent release. Those are the official platforms that are accessible for now, but we will update them if we get a new one. One Piece is accessible worldwide; let’s meet when the mangs release new updates.

In this article:One Piece Manga