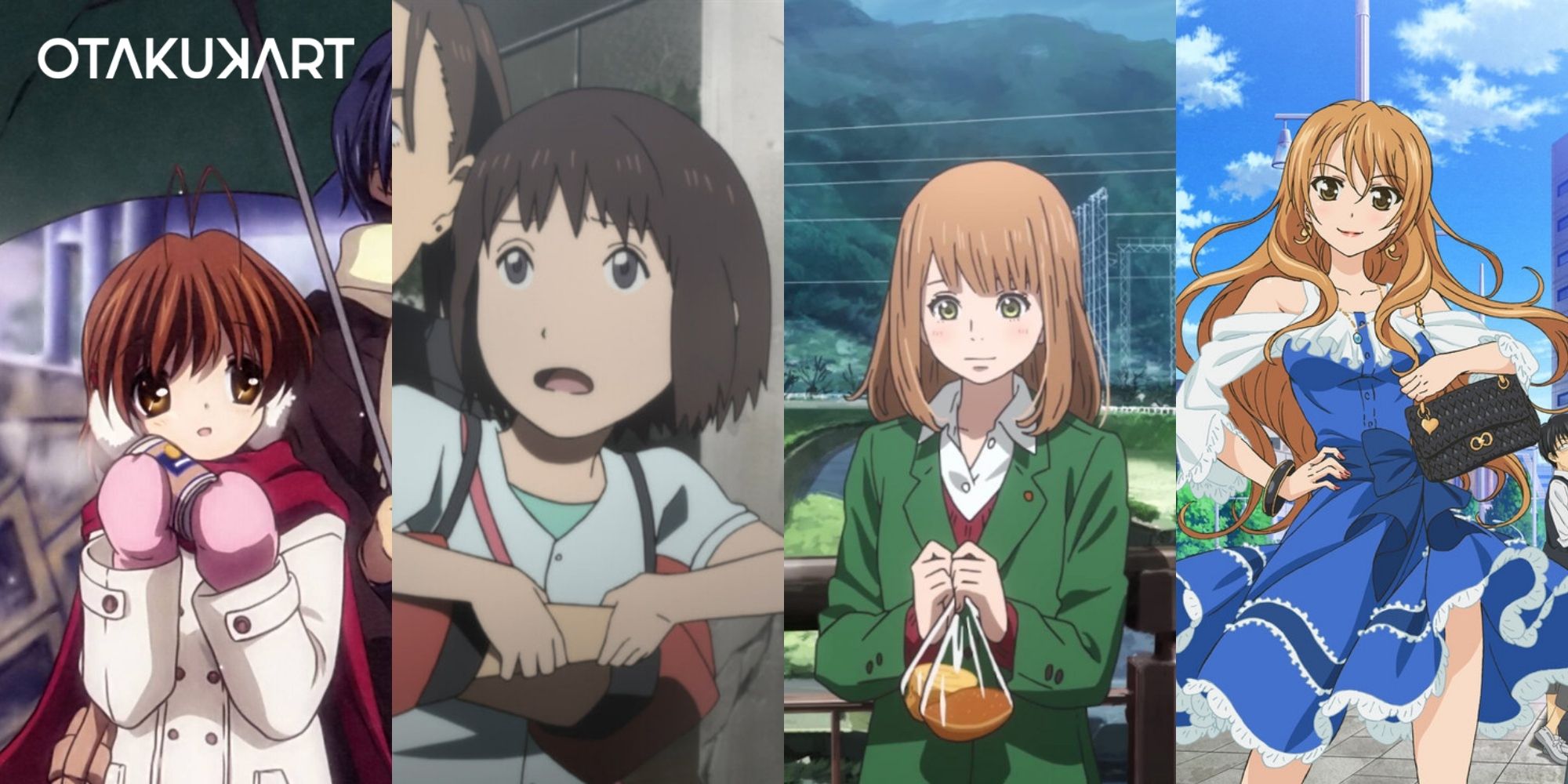 Anime like this one are filled with romance, drama, and music. This has already made a few teasers and a few manga volumes. We will also be expecting anime like this to make their debut in the coming months. It won’t be a disappointment for the fans to follow an anime like this one. Your Lie in April is also one of the fan-favorite anime since it brings more to the table for the fans, and it is also entertaining despite not involving battles or other horrific stuff. In a time like this, one can enjoy anime similar to Your Lie In April.

Anime like this reveal the true meaning of music and how it changed someone’s life. But they are also heart-touching since painful incidents happen in anime like this one. Your Lie In April and other anime similar to it mostly occur in school where different youth or youngsters interact as they explore various things in life. This is good for the fans who want to learn new things. Let’s look at the summary of this anime and other anime similar to it.

Your Lie In April Summary

Your Lie In April, also known as Shigatsu wa Kimi no Uso, is a romance, drama, and music anime that reveals the story of Kousei Arima. Kousei Arima is a young student who learned about the true meaning of music as he lives with others. During his childhood, he was struck by tragedy after his mother died. Since the death of Kousei Arima’s mother, he struggled in love and failed to hear his music. Due to that tragedy, Arima decided to abandon music and stopped playing the piano. 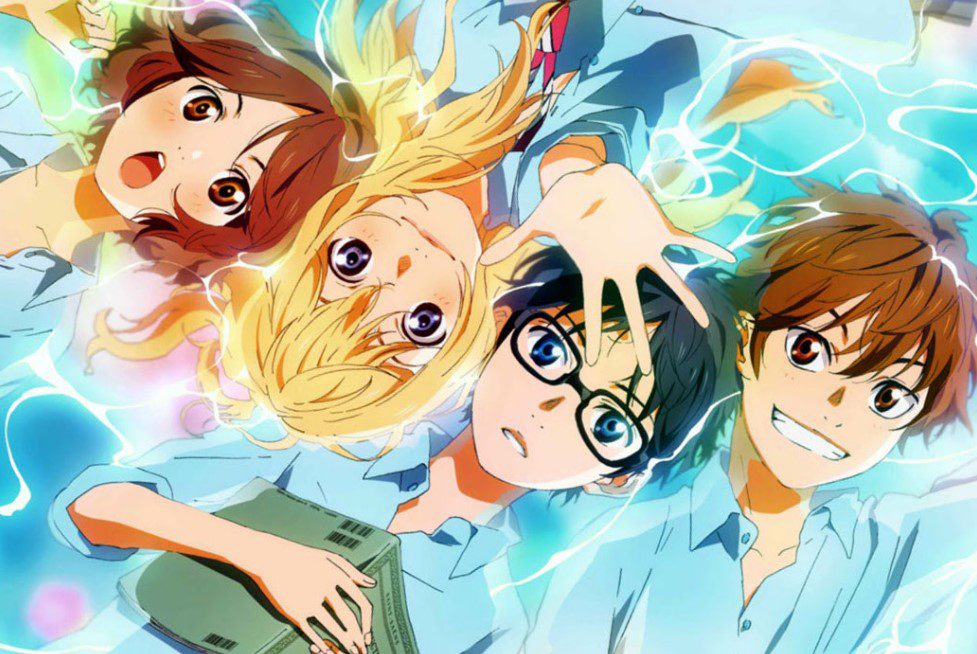 But he continued with his education in high school, where he enjoyed being with his friends. Arima decided to live a simple life leaving his melody and past behind. After losing his mother, Aima’s friends helped fill the hole in his heart. In the past, Kosei Arima was a genius, talented and skillful pianist; unfortunately, the death of his mother affected him deeply and took away everything. He lost interest in playing piano, and every day was dull for him until he met a beautiful violinist girl.

A whimsical girl, Kaori Miyazono, who has great skill in playing violin, entered Arima’s life. Kaori decided to cheer Arima and wished to make him pursue his dream. She tried to convince Arima to play the piano once again. But Arima was different and believed it would be a waste of time. Kaori knows that playing the piano will help Arima open his heart to music since music was his meal. She became carefree independent but with a short temper. Her style of play impressed Arima, and she realized that his life was about to change once and for all.

Kaori and Arima searched for the lost tone and music of life. This anime is a musical adventure that dives deep into a sea of melodies. This is dramatic because it’s romantic, and the music makes a series like this one unforgettable. If this anime has touched your heart and caught your attention, here are other anime like “Your Lie In April.” The following anime have a thematic element that makes them similar, and you will like them as you have enjoyed this one.

This is the first anime similar to the one we talked about above. Nodame Cantabile has also concluded with a good ending. This has revealed the life of Chiaki Shin’ichi, a top piano student at his university. Chiaki is also an excellent violinist, but he cares less about playing the instruments. His dream is to become a conductor even though he is good at playing instruments. Chiaki fears taking trips or traveling, but he finds himself in Japan and realizes how far music can take him. He knew more fame since more musicians passed it to the next generation. 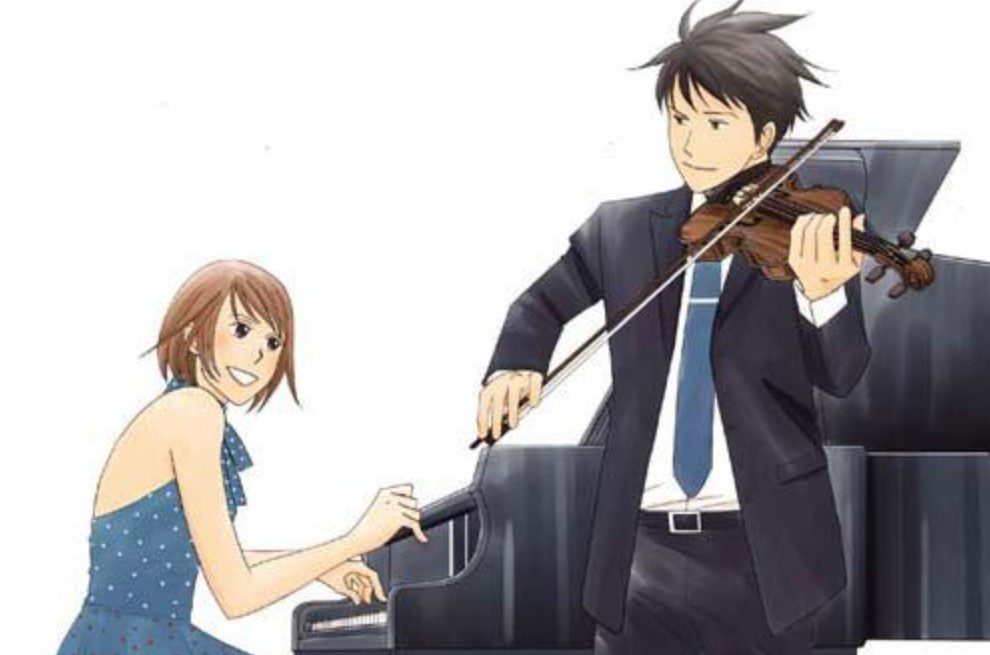 This reminds Chiaki that his dream won’t go far, but he believes that other students are unworthy of musical scholarship and fame. He had a girlfriend, but things didn’t work out well since he was dumped for a sausage-looking fellow. Chiaki was passed over to go overseas as he was removed from his top spot in the piano competition. One day, he walked out on his piano instructor, causing him to face punishment. He met Noda Megumi, who believes that music can be fun and reminds Chiaki of that.

Megumi reminds Chiaki of what made him be a conductor in the first place. He learned to deal with Megumi and realized that it helped him deal with others. He realizes that he has better options on a small island of Japan. But for Megumi, Chiaki meant the world to her. She likes that he is always clean, neat, educated, dedicated, and inherently arrogant about his accomplishments and capabilities. Despite that, Chiaki bullies her since she is always serious about life. But he has recognized her potential and abilities as a pianist.

Megumi cares less about that, and she one day learns that she loves Chiaki. She decided to stay around him, but Chiaki rejected her since she was not serious about her studies and personal hygiene. She tried confessing on different occasions, but he rejected her multiple times. But they know that they complete each other since they are both skilled in music that they cannot escape from. It helped them grow and learn new things about life.

Also Read: How Did Shoto Todoroki Get His Scar In My Hero Academia?

In a mysterious world, there was a slight advancement in science. After Tsukasa failed college entrance exams, at the age of 18, he was appointed and took a position at the renowned SAI Corporation. His father’s connections helped him get that position. SAI Corporation is well known for the production and management of androids. The androids possess human emotion called “Giftia.” 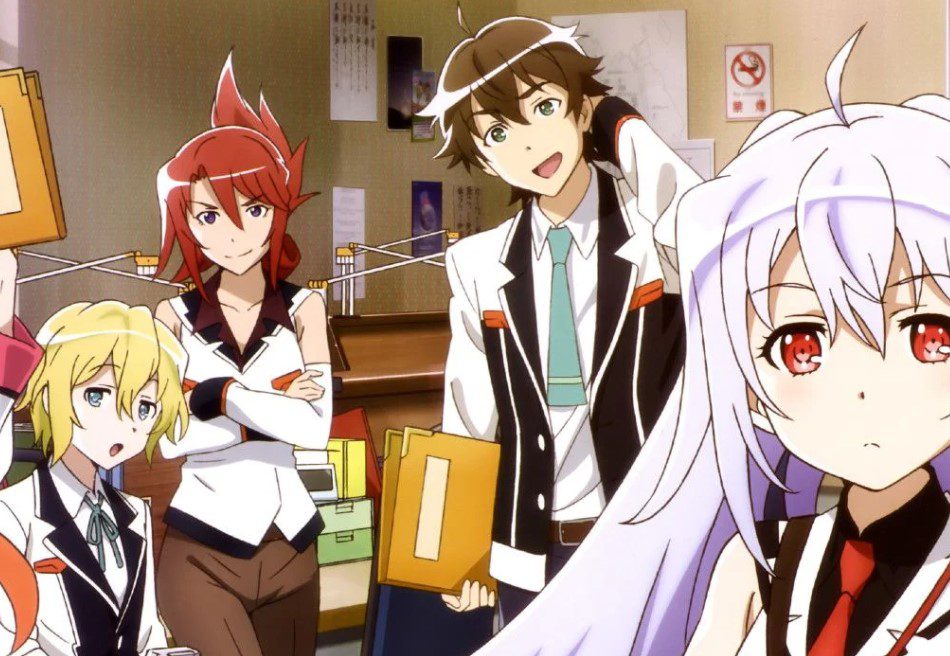 Tsukasa works in the Terminal Service Department to recover Giftias close to their expiration. Things turn worse when he is ordered to work with Isla. Isla is a lady and a Giftia who serves tea as her main responsibility to her co-workers.

Okazaki Tomoya is a high school student in his third year in Japan. Tomoya never values his studies since he is always late for class, and they view him as a delinquent by his classmates. His classmates prepare for college entrance examinations. He lacks close friends due to his character, but he never worries about that until he meets someone. 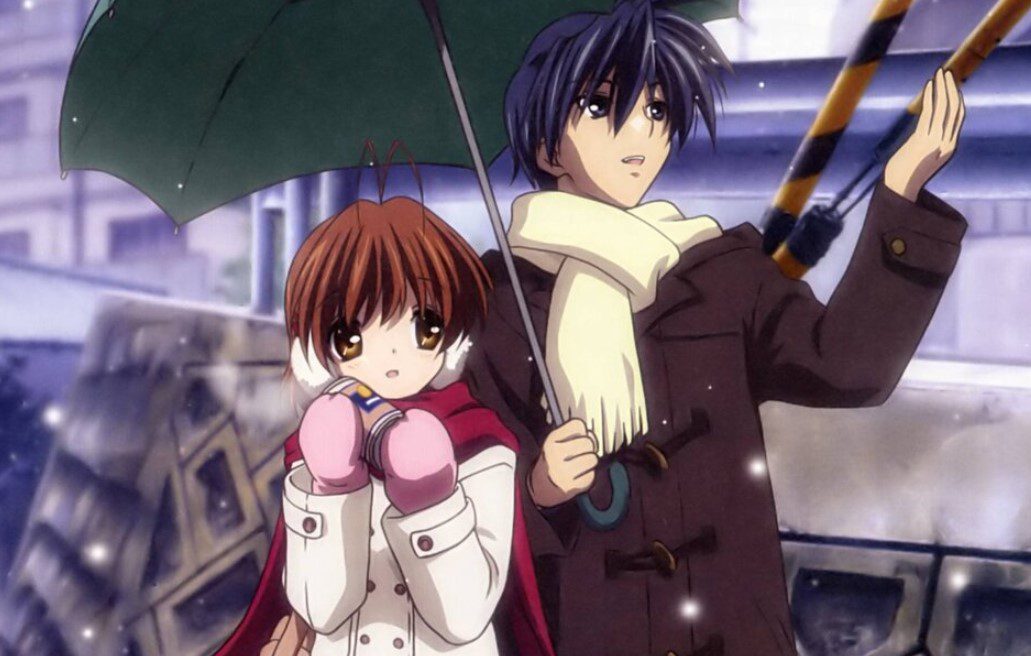 One day Tomoya encounters a girl, Furukawa Nagisa. Nagisa was left alone without friends at school since everyone she knew was a graduate. Tomoya thought that Nagisa was a clumsy girl when he first met her. But it was different when he interacted with her and met a few other girls from the school. But he was not interested and later opened his heart when he got to know her better.

The angels fight for fate and the future after death in this world. But one of them rises and rebels against god. Yuri, the Shinda Sekai Sensen head, rebels against the god. She was destined to have an unreasonable life. But, the chairperson of the student council for the world after death, Tenshi, fought against the SSS members. SSS members created armed weaponry to battle against the angels harnessing supernatural powers. 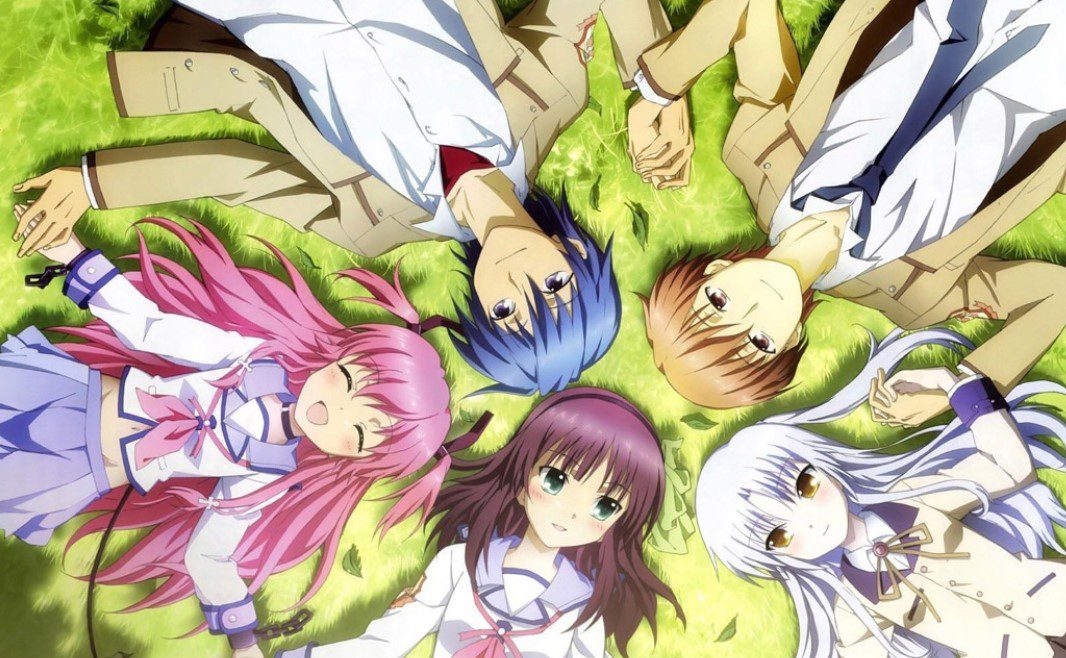 Sakamichi no Apollon (Kids on the Slope)

In 1966 Kaoru Nishimi moved from Yokosuka to Kyushu to live with relatives because of his father’s job situation. He is a freshman high school student and was an honor roll student who wanted to achieve his dream, but he met with a notorious bad boy Sentaro Kawabuchi. This encounter changed him since Sentaro wants Kaoru to join him and ride the same boat. But he learns the attraction of Jazz music and finds someone he can call a friend. 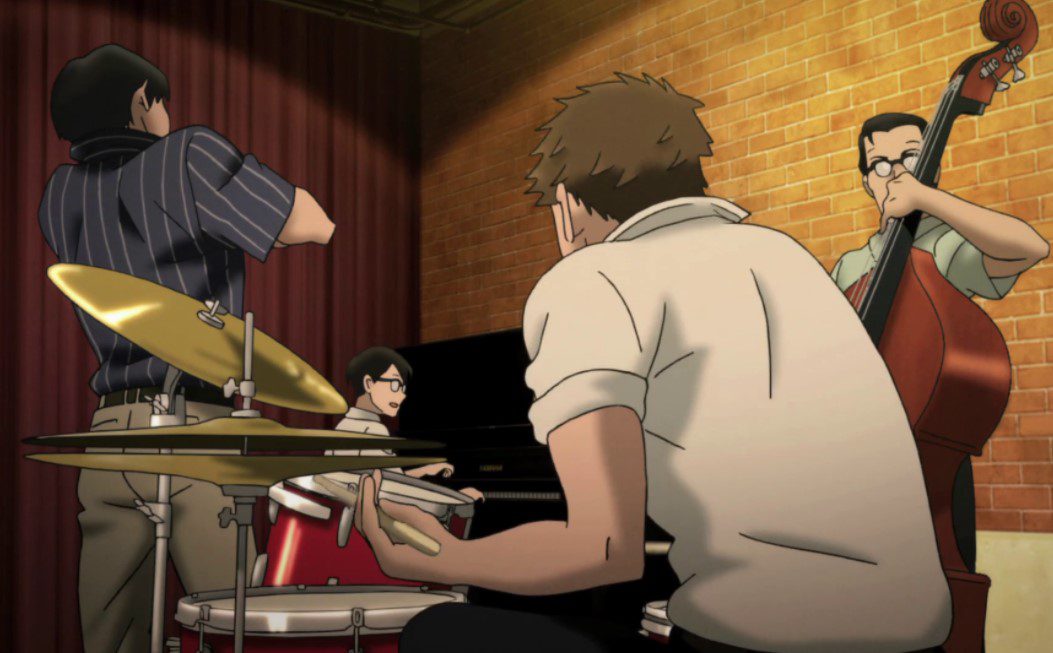 Kaoru discovers that it is fun to play music with a friend. He was joined by Sentaro’s kind childhood chum, Ritsuko. Ritsuko, the daughter of a record shop owner, the mysterious upperclassman, and Yurika joined them. Brother Jun, the much-admired leader, befriends Sentaro and his friends. This happened in the backdrop of a seaside town with a smell of American culture. The anime reveals the lives of youth crossing each other’s paths, finding love, friendship, and music.

Also Read: 10 Most Powerful Characters in Fire Force Manga in 2022

Haruki Kitahara was the last member of the light music club after it was ruined during the night of the school festival. But Haruki remained as the last member. One day, he sits alone and looks outside while playing his guitar in the direction of the outside festival stage. This helped Haruki realize that he has two and a half years to achieve his dream before graduation in half a year. But it was different when a flowing piano melody and a singing voice joined the clumsy sound of his guitar. 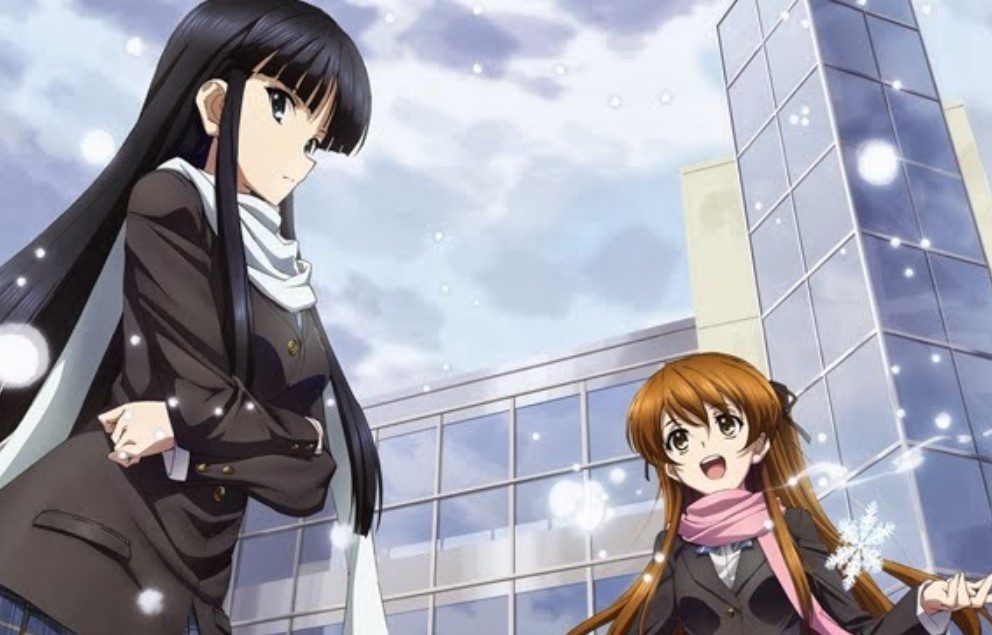 Jinta Yadomi and his childhood friends got separated by a tragic accident. A few years later, they had a surprise visit of a strange person they once held dear who forced them. The person confronts their guilt over what happened on the day of a tragic incident. They had good terms with the ghosts from the past but did not know it was real or imagined. 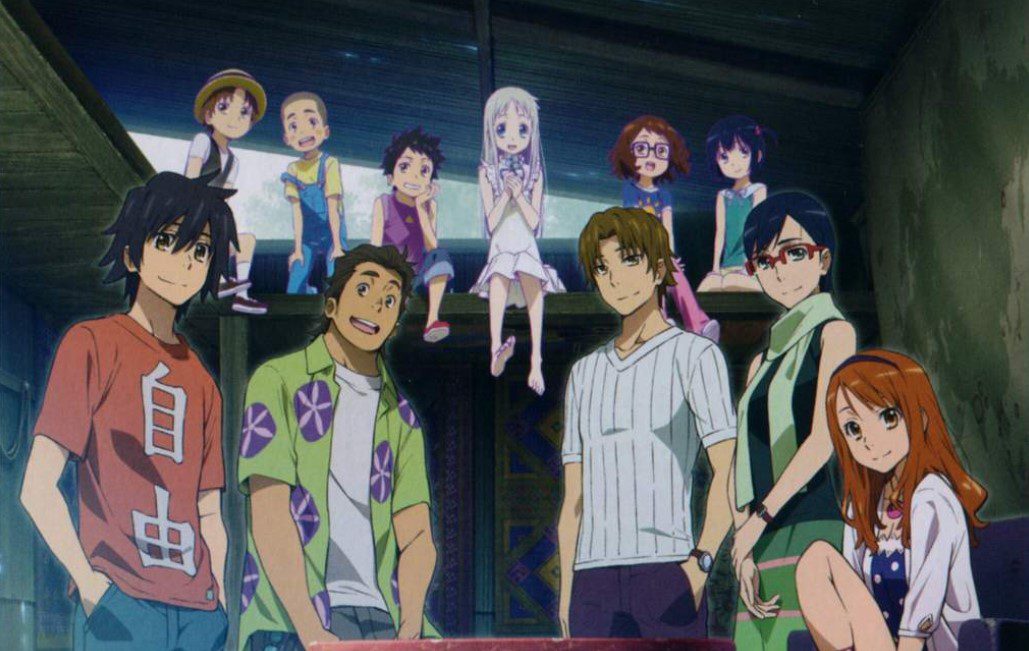 Also Read: Anime Characters That Are Inspired from Actual People

Banri Tada enrolled as a new student at a private law school in Tokyo. After an accident, he lost his memories, and at his prime time during first-year orientation, he met another freshman from the same school, Mitsuo Yanagisawa. They hit it at once and lost memories of each other, but their lives changed as if it was because of fate. Their fate might lead to another memory loss or happiness. 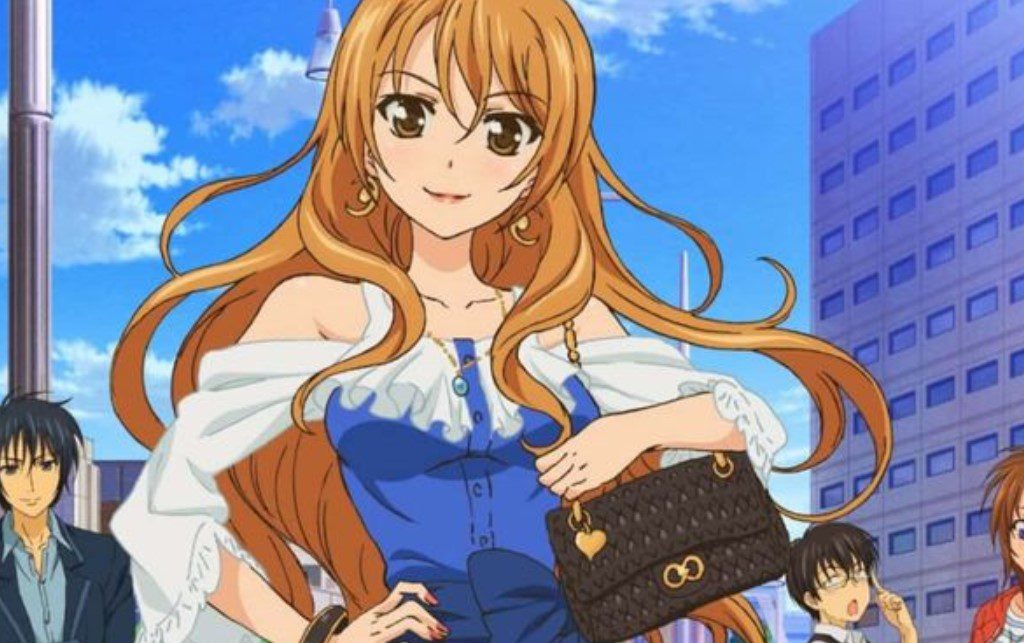 Naho is a second-year high school student who received a letter in spring. But it was surprising that the letter was sent by herself ten years in the future. Naho believes that it was a prank, but she learns that everything on the letter is beginning to come true one after another. She knew that the letter showed her things that would happen in the future. The letter revealed that she would love Kakeru, a newly transferred student to Naho’s school. 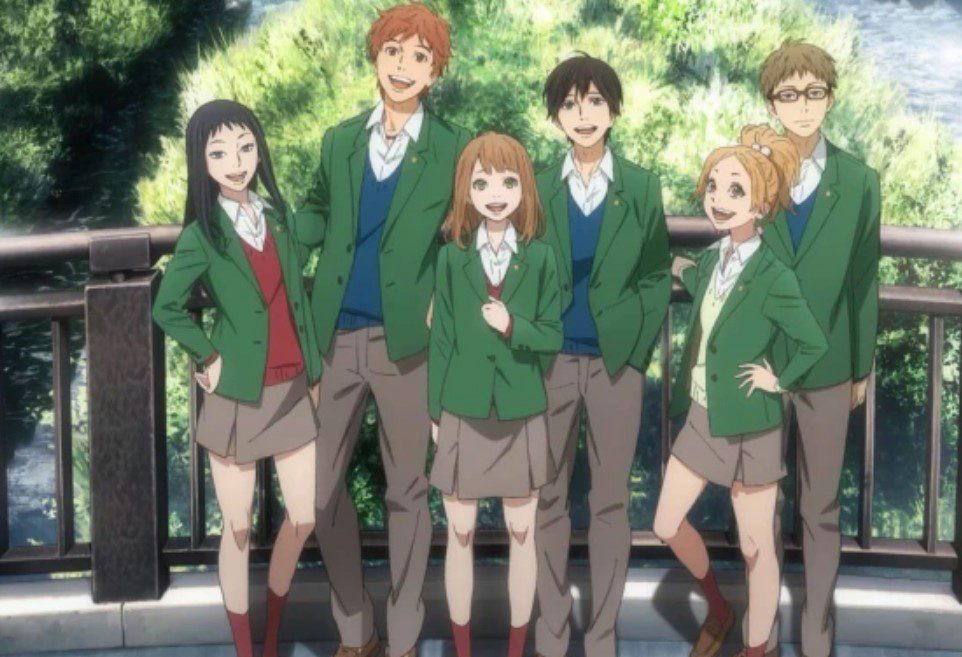 Naho learns that Kakeru will show her true love. Unfortunately, he will meet his end in the winter of his 17th year. But there was nothing to do, and she decided to cherish all the time she had with her and then later regrets. Naho turned 16 and realized that she could change fate, but she had no clue what to do.

At the beginning of summer vacation, Mirai, a middle school girl, headed to Tokyo’s artificial Odaiba Island to visit a robot exhibition. She was accompanied by her brother Yuuki, but a magnitude 8.0 earthquake emanated from an ocean trench. The Rainbow Bridge and the famed Tokyo Tower crumble and fall, which causes the landscape of Tokyo to change. Fortunately, the two meet Mari, a motorcycle delivery woman, on Odaiba. 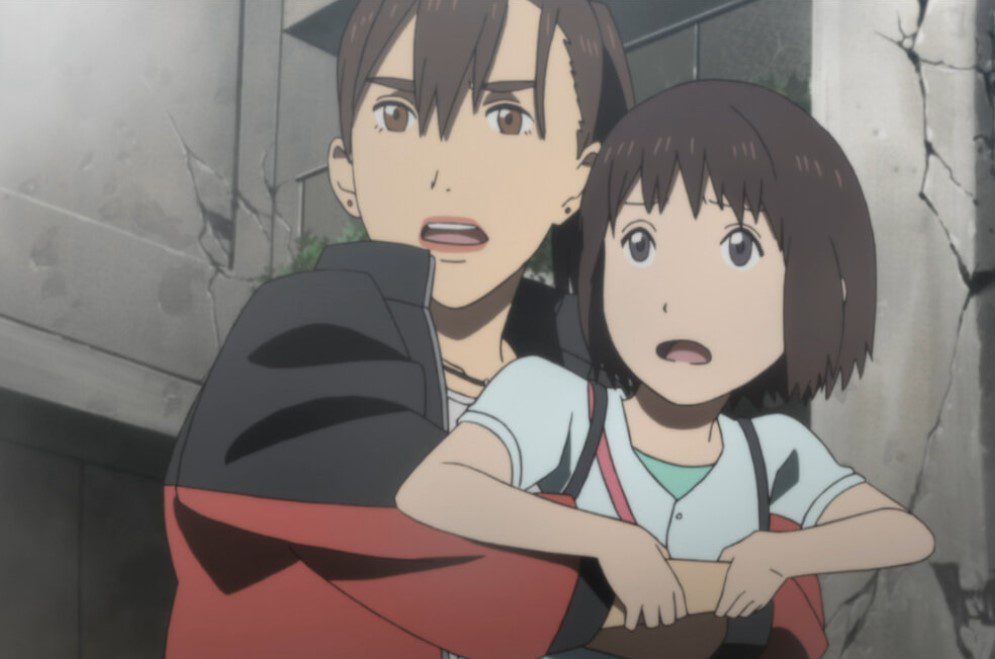 Mari helps Mirai and Yuuki return to their Setagaya home in western Tokyo. Yuuki and Mirai’s life after change after meeting with Mari. Despite the tragedy that happened, their life continued regularly. That was all about ten anime similar to Your Lie In April. We look forward to bringing another list of other anime like this soon.