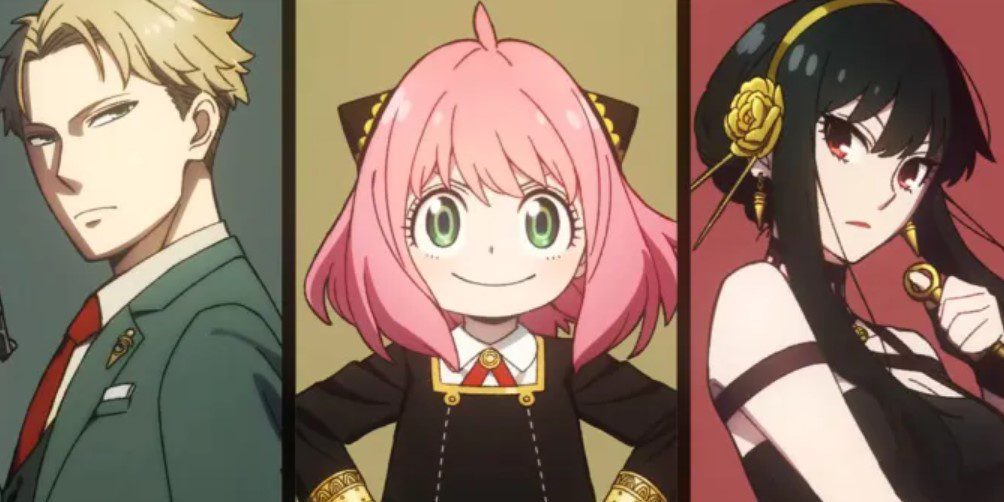 This day features Spring Anime, and many of them have already begun, like Baraou no Souretsu, CUE!, Shenmue the Animation, and ESTAB LIFE: GREAT ESCAPE. Anime like One Piece, Boruto, and others will also be interesting to watch. They will continue and reveal entertaining moments during Father’s Day. June is a special month for fathers since they can also relax and watch anime on that day. Father’s Day has many upcoming animes, joining the current action, comedy, romantic, and horror.

Love Is War is also returning to the screens around June, and this is exciting news for fathers since they can also enjoy it on Father’s Day. Love Is War is picking where it left off since the manga chapters are released every week unless it takes a break. The anime fans can also enjoy watching those anime. We expect a lot of anime in Spring covering Father’s Day month, but most of them will be concluding. Fortunately, new shows will be at the climax, and some of them will be beginning on that day. Anime fans have already know what to expect these coming months, but they can get more details and updates below. Let’s find out what anime we can watch on Father’s Day below.

Also known as Komi Can’t Communicate Season 2, the anime will begin early in April’s first week. The anime fans must not miss this one since it has taken another direction with an interesting twist. This exciting anime is returning for another season after completing the last twelve episodes in the previous season. Shoko Komi and Tadano’s friendship continues in the second season, and it will be exciting since their friendship will take another level. But Komi has already gathered more friends and has learned to interact with others. 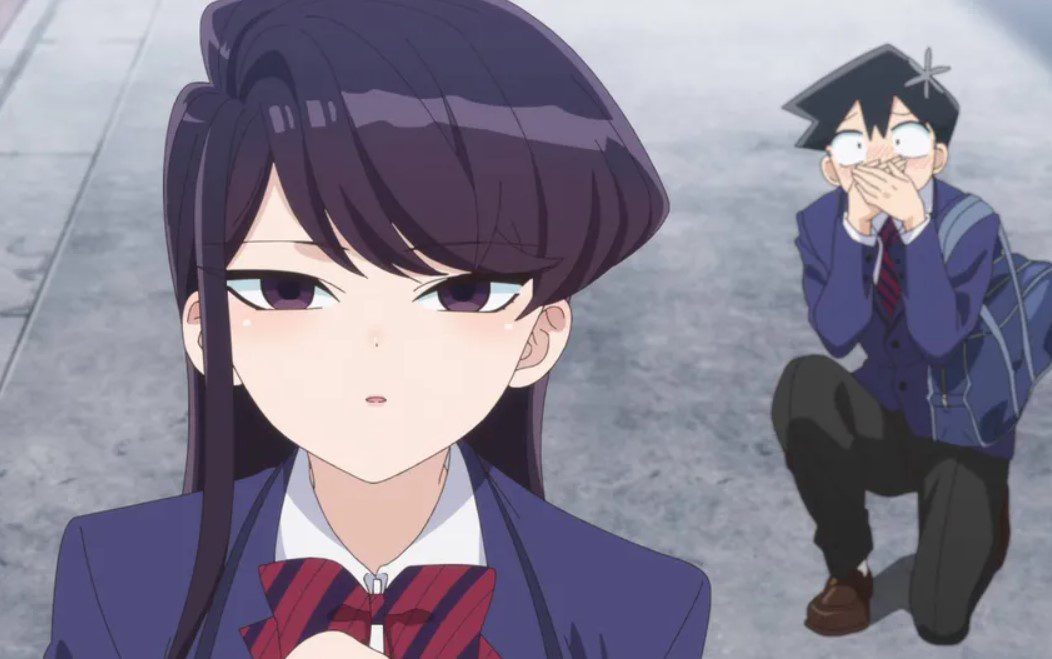 The first episode of the second season is around the corner picking up from where the first season left. The previous season has revealed many things about Komi, who tried to make more friends. Tadano played a huge role in Komi’s life since he first understood Komi’s character. Their goal remains the same as Komi is yet to make more than a hundred friends. Komi gets to know Tadano’s childhood friend, who loves to dress like a lady and has a lot of friends due to his characters.

The students admired Komi, and she was the center of attraction, but she lacked communication, and it was hard for her to utter a word or share her feelings with anyone. But she always talks with Tadano, and they also had fun with other students. Her beauty makes the students admire her and always want to be around her, but they understand her communication disorder. Komi learned different things with the help of Tadano, and they even visited her family.

The previous season has ended well, but it was clear that the anime continues since more about a girl with a disorder is yet to be revealed. Komi’s life continues as she makes more friends, and more about her communication disorder will be revealed in the coming second season. This will be fun and interesting for anime fans to watch. Let’s look at other exciting shows like Komi Can’t Communicate Season 2 below.

Date A Live is made another return after appearing multiple times on screens. This has been an exciting anime and fan favorite. The season of this anime will be interesting, as it will reveal more about spirits and the life of siblings. Date A Live IV will also begin early in April, and it is a must-watch. This will be interesting anime to watch on Father’s Day. The mystery and secrets behind Shido and the spirits will be revealed in this season. Shido is an ordinary high school boy. He discovers a mysterious girl at ground zero of a spacequake. 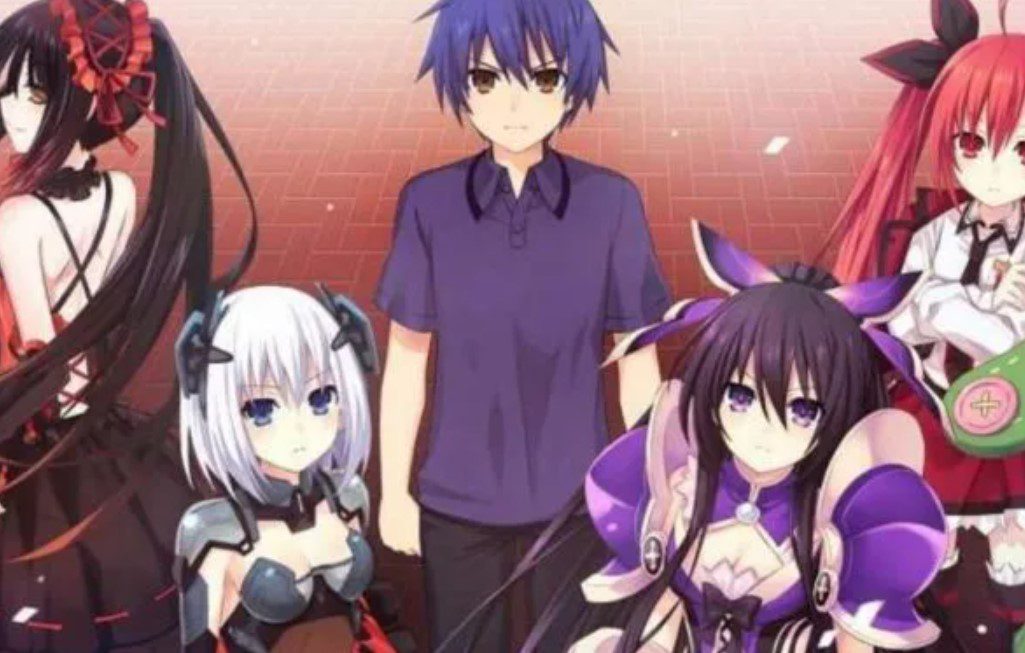 Kotori revealed that the strange girl is one of the Spirits, and Shido realizes that. Spirits are known as mystical creatures that create spacequakes. One day Shido gets recruited to assist “seal” the spirits. He was assigned to prevent them from threatening humankind. What he needs to do is to seal the spirits after making them fall in love with you. This has been a hard task, but Shido will manage as the series continues.

Twilight was sent on a top-secret mission to investigate the movements of Donovan Desmond. Donovan is the chairman of Ostania’s National Unity Party, who has an evil heart and threatens the peace between the two nations. His mission was kept secret as “Operation Strix.” This involves gathering family together in one week to invade social gatherings organized by the elite school. Desmond’s son attends the same elite school.

Twilight uses the identity of psychiatrist Loid Forger on this mission and starts gathering family members. He then adopts a daughter named Anya. Twilight doesn’t know that Anya can read people’s minds. Yor is an assassin and later becomes Twilight’s wife. The trio kept the facts hidden as the story began and lived together, hiding their true identity from each other. The peace of this world is in the hands of this spy family as they explore various adventures full of surprises. 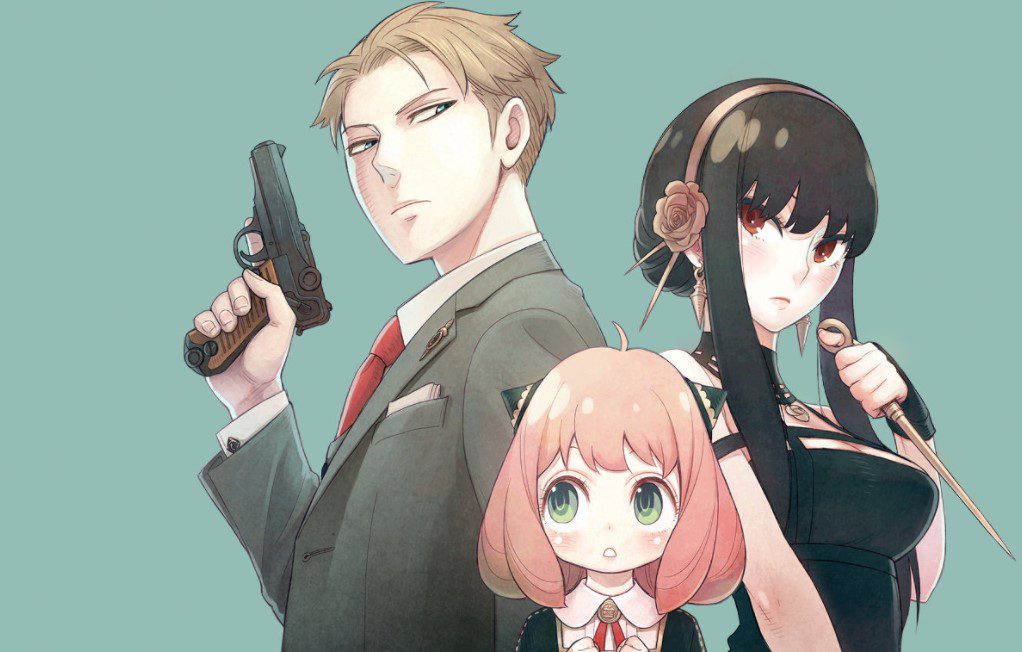 Twilight was sent on a top-secret mission to investigate the movements of Donovan Desmond. Donovan is the chairman of Ostania’s National Unity Party, who has an evil heart and threatens the peace between the two nations. His mission was kept secret as “Operation Strix.” This involves gathering family together in one week to invade social gatherings organized by the elite school. Desmond’s son attends the same elite school.

Twilight uses the identity of psychiatrist Loid Forger on this mission and starts gathering family members. He then adopts a daughter named Anya. Twilight doesn’t know that Anya can read people’s minds. Yor is an assassin and later becomes Twilight’s wife. The trio kept the facts hidden as the story began and lived together, hiding their true identity from each other. The peace of this world is in the hands of this spy family as they explore various adventures full of surprises.

Also known as Shikimori’s Not Just a Cutie, the anime is making its debut as early as April. This reveals the arrival of the “heartthrob girlfriend.” Izumi’s girlfriend is an unlucky high school student and a classmate Shikimori. She possesses a kind personality and has a beautiful smile. She is happy when around Izumi, who knows she is a cute, pretty, and loving girlfriend. But one day, Izumi was in trouble, and she panicked. 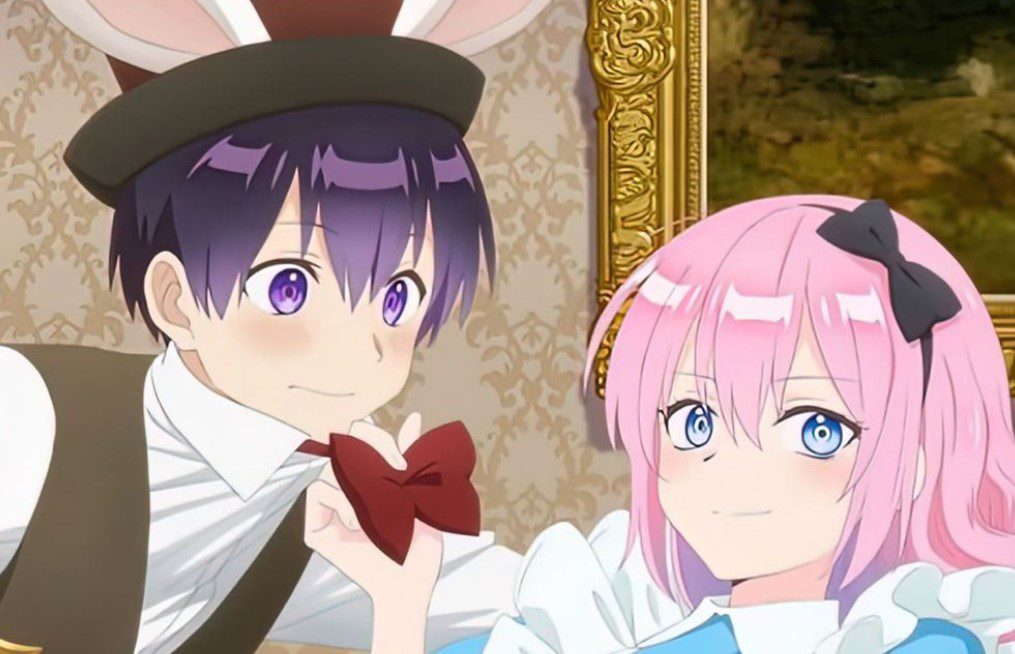 Due to that, Izumi’s girlfriend transforms into a super cool “heartthrob girlfriend. This is the beginning of the endless fun lives of the cute and cool Shikimori, Izumi, and other students around them. The romantic comedy begins as Izumi gets to know his girlfriend and friends better.

Yuusha, Yamemasu is also known as I’m Quitting Heroing. This is one of the interesting heroing stories filled with action and adventures. One day a former hero attempts to rebuild the Demon King’s Army. This is a series of those who were struggling with work. Loe the Hero saved the world, but the peaceful human world did not want him after that. Leo is the world’s strongest Hero and went into exile since the peaceful human world never wanted him. 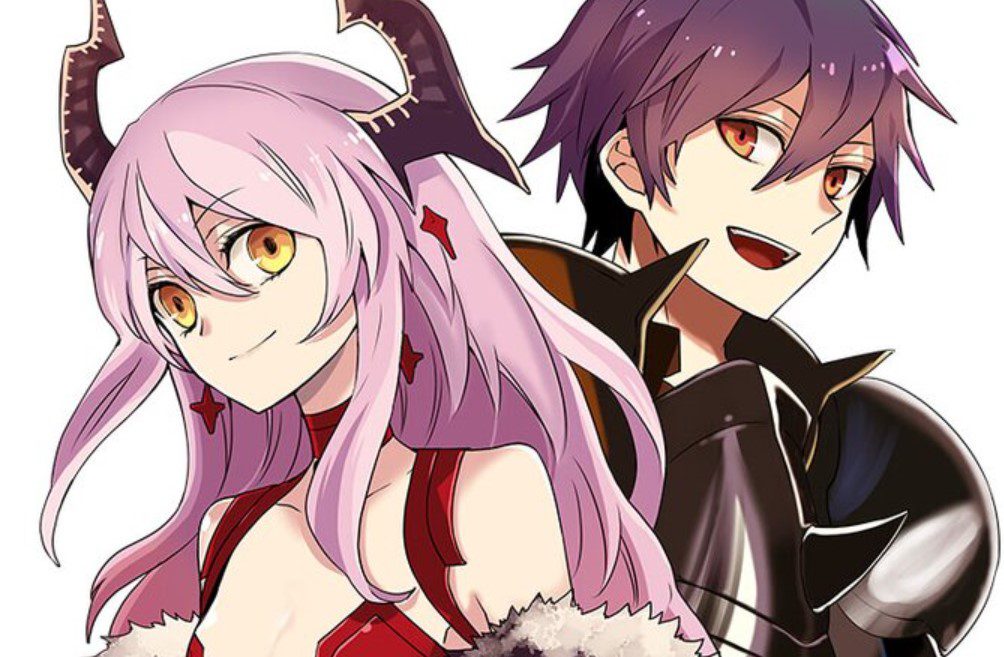 During his exile, he seeks a job at the Demon King’s Army. But he was the one that defeated the Demon King army with ease and realized to rebuild it. However, the army struggles with work, financial trouble, and many stuff. Leo’s arrival had changed many things using his power. Fate made him encounter Echidna and insist on knowing why Echidna invaded the human world. This was unexpected to learn from Echidna. 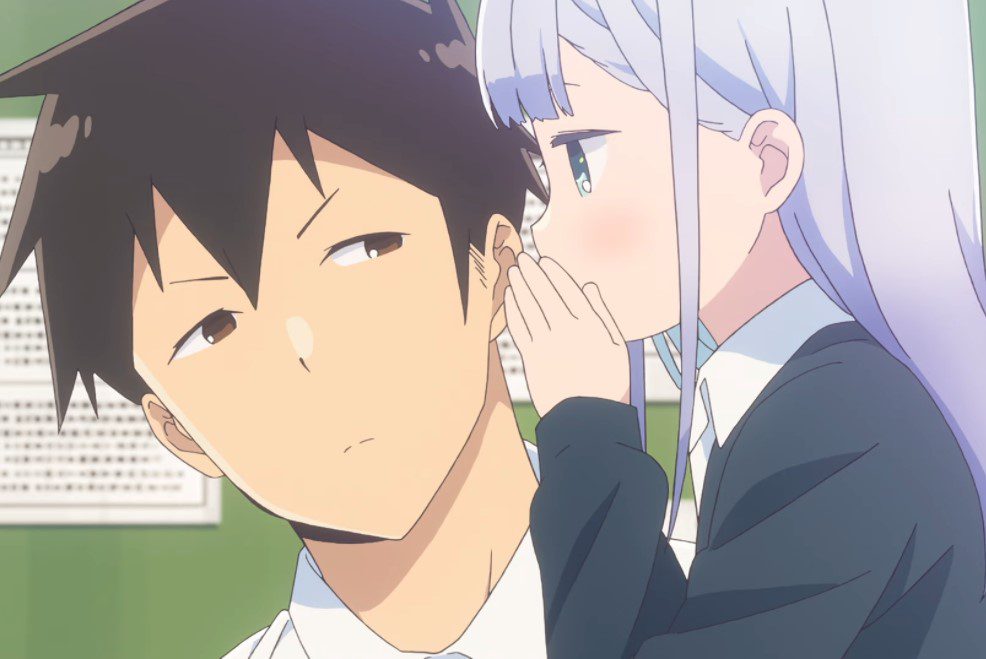 The Dawn of the Witch is its English name debuting in April and will be part of other anime that one can watch on Father’s Day. This reveals a student who can remember where and who he is. Seville is a young student at a magic academy who lost memories before joining the magic academy. He had no clues why he was attending the magic academy, and the time he spent felt hollow and empty. 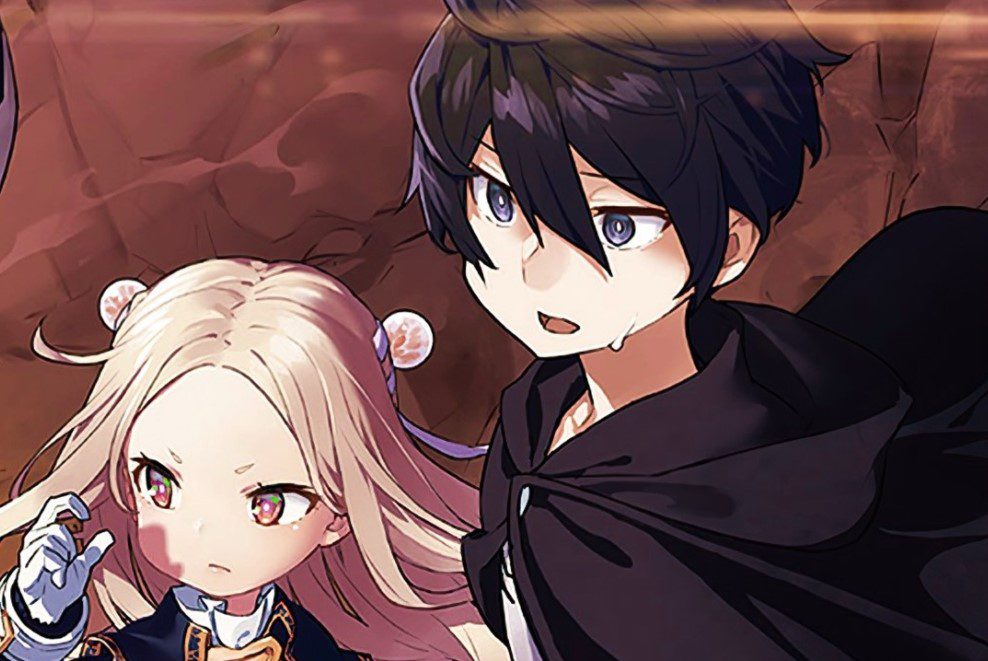 Seville knows nothing about working hard and always scores the lowest grades every year. One day, the school headmaster, Albus, tells Seville to be part of dangerous special training. Seville realizes that he has to spread magic in an area where they hold witch hunts. The duel between the witches and the church ended after a few years. But the world has not accepted witches and their magic. The dawn of the witch and the tale of a young boy who is not special head out for adventures and finds himself in mystery.

After hearing of Ushio’s death, Shinpei headed to his hometown of Wakayama City on Hitogashima. Shinpei met with his childhood friend’s family. They made preparations for Usiho’s death, and everything went smoothly, but there was something under the ground brewing on the island. No one knew what that was, and mystery awaits Shinpei and his friends on this secluded summer island. 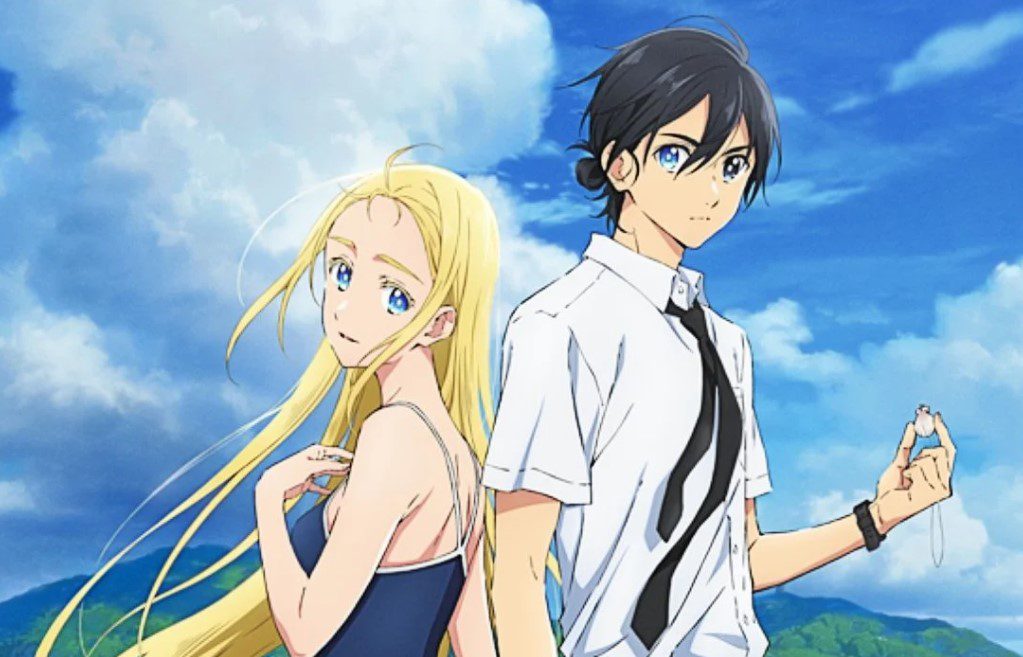 Summer Time Render will debut soon, and more about Usiho’s death with Shinpei’s life will be revealed. We will learn how Shinpei and Usiho were related and the mystery under the surface. This will be exciting for the fans that enjoy horror anime.

It is also known as The Executioner and Her Way of Life. As first of April, The Executioner and Her Way of Life will make its debut releasing the first episode. The series revealed things that happened in the past in a chaotic world. This exciting executioner story has more drama, adventure, and action. Long years ago, the world was consumed by chaos due to humankind from another world. 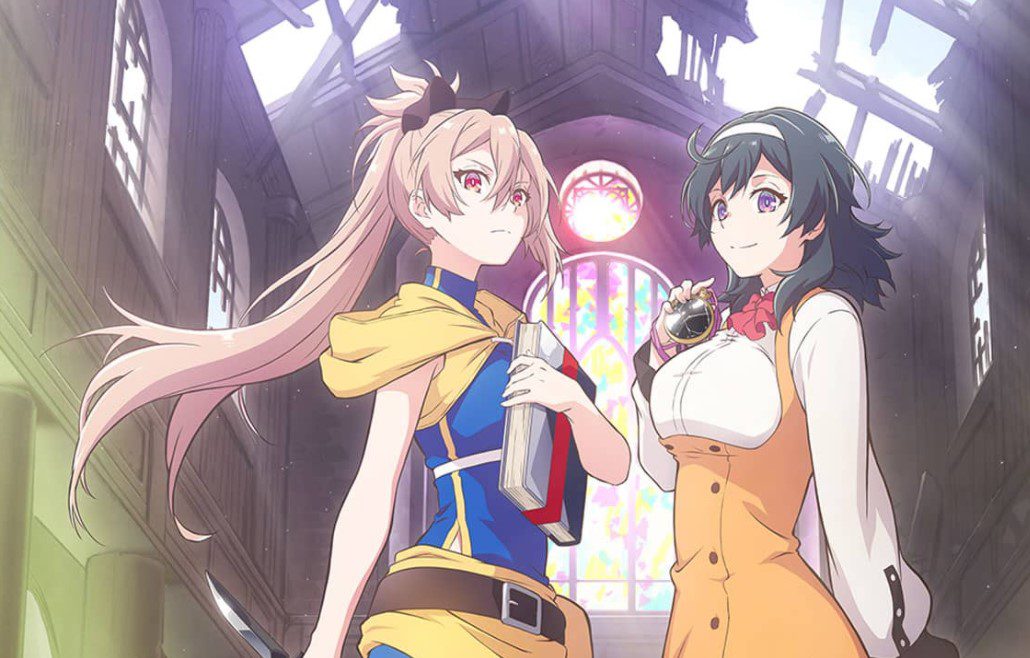 Humans from a mysterious world possess special powers called “The Lost Ones.” But there was a way to keep the world in balance and maintain peace. The other world finds resolve and recruits a special force known as “The Executioners.” There has the task of killing “The Lost Ones” without mercy. That is when the war between two powerful forces began. Let’s learn more about the last anime to watch below.

Ryo Mizushima gets admitted to Yokohama Minato High School, a prestigious badminton school. Ryo learned about rich personalities teammates, a cool returnee, a twin doubles pair, and a handsome ace who loved Ryo’s sister. The rivalry begins as friendship, efforts and victory are interwoven between them. Ryo was not famous in junior high school, but his achievements made him famous, and he became the world’s top athlete. 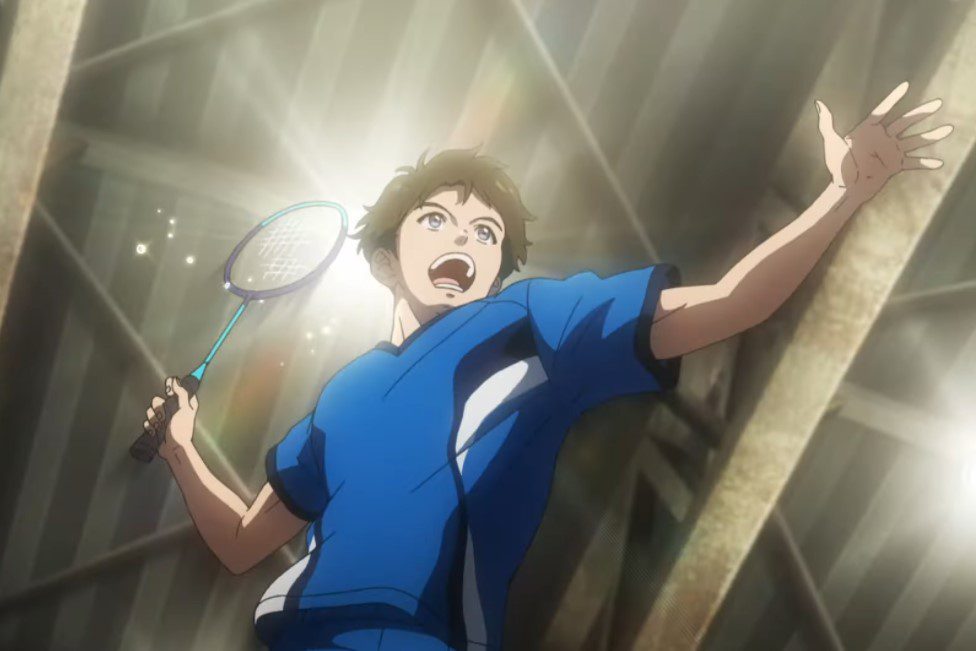 Most of these anime will begin around April and are a must-watch on Father’s Day. Shows like this will be available on official platforms such as Crunchyroll, Funimation, and Netflix. Most of them will feature dub and sub episodes. There are more anime that one can enjoy on that day, and they are also available on the official platforms above. We will be looking forward to bringing more anime to watch on such occasions.