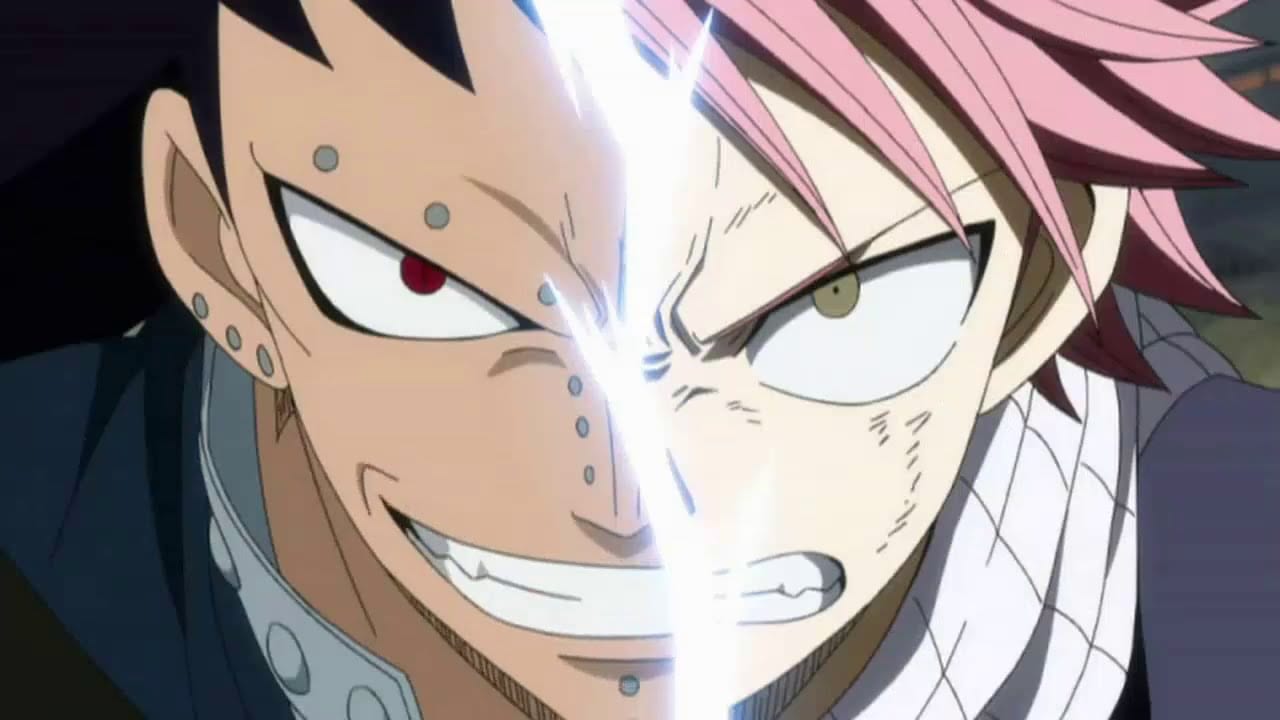 Not every Anime television and web series start off with a good and stable relationship between the characters. Sometimes, it takes more than just a season for two characters to mend the problems between them in order to like or tolerate each other. Obviously, it is a little frustrating to see our two favorite characters not being able to bond well, but isn’t it worth it when they are able to finally get along?

Thankfully, the feeling of love is stronger than the emotion of hatred. Whether the characters develop a platonic relationship or a romantic relationship, we have handpicked the best out of the best duos of the Anime world and have presented it here for you! Feel free to browse through this compilation of the various love-hate relationships showcased in our favorite Anime series. 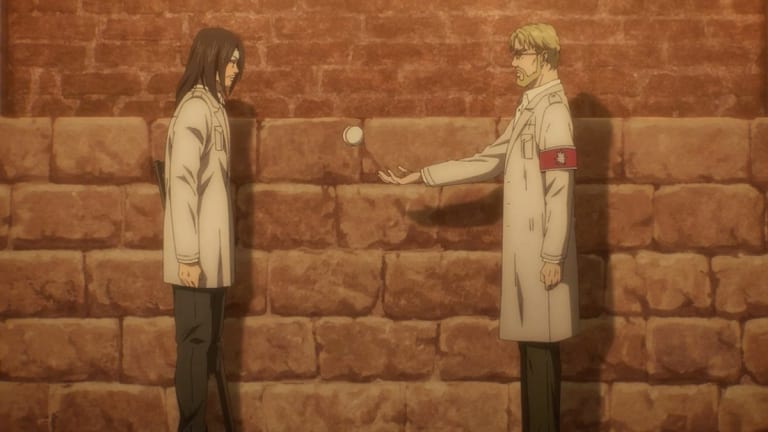 Eren Yeager And Zeke Yeager From ‘Attack On Titan,’ C(Wit Studio and MAPPA)

‘Attack on Titan’ is a post-apocalyptic violent fantasy that is scattered with dark twists and cliffhangers. The plot wastes no time in surprising the viewers from the first season itself. It is evidently shocking to see that the evil Titan, Zeke, is Eren’s brother. Furthermore, the Anime series takes a turn when the final season reveals how Eren and Zeke have called a truce.

The two siblings have finally been able to understand their differences in personality, behavior, and abilities. They mutually wished to achieve a peaceful moment between Eldia and Marley, and learning how to tolerate one another seemed to be the only way to go about it. Even though they did not know if they can completely trust each other, they cared about one another very much.

Zoro And Sanji – ‘One Piece’ 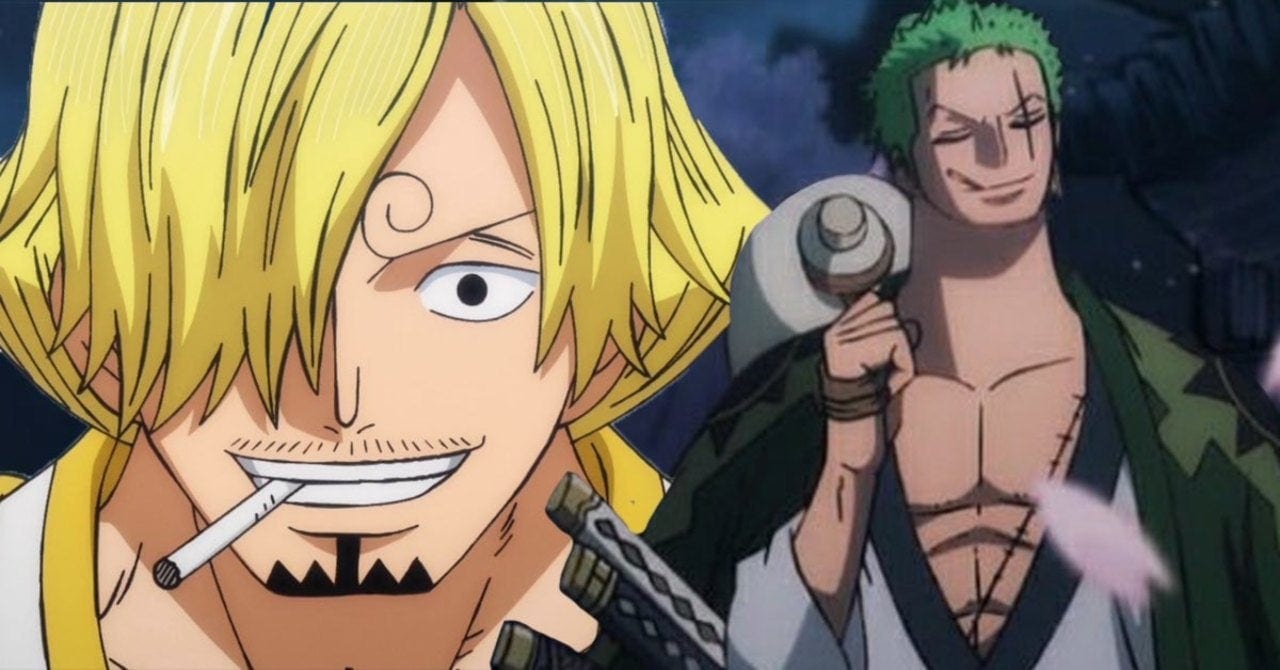 Zoro And Sanji From ‘One Piece’, C(Toei Animation)

‘One Piece’ is an action-based fantasy that revolves around the main protagonist named Luffy. The Anime series shows various other characters – some share a good bond, while some do not. Zoro and Sanji do not have a very close bond. It is probable that they respect one another, but they really cannot stand each other’s company.

Throughout the Anime series, they compete against each other to find out who is stronger. It is almost as if they are brothers who fight each other to their heart’s content but end up backing each other up whenever needed. As ‘One Piece’ progresses, it is more and more evident how the two have a soft spot for one another. Although Zoro and Sanji like each other, they are too prideful to admit so.

‘One Piece’ is available for you to watch on online platforms such as Netflix, Crunchyroll, and Hulu. 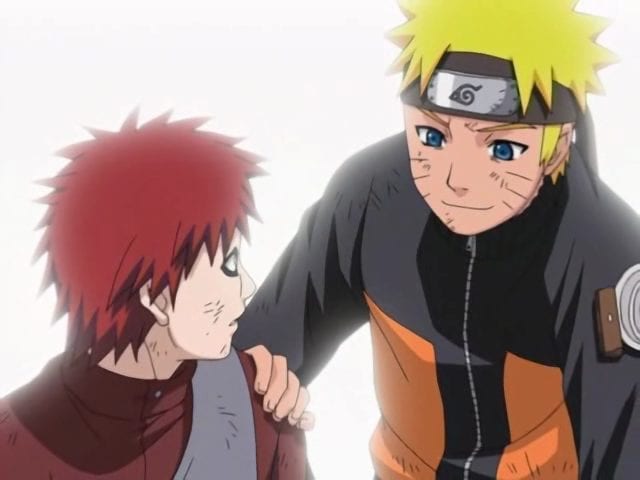 Gaara And Naruto From ‘Naruto,’ C(Pierrot)

‘Naruto’ is an adventurous fantasy that is funny in its own way. Even though the Anime series is filled with evil enemies, Naruto’s ‘Talk No Jutsu’ somehow manages to make the audience feel bad for them. The viewers first encountered Gaara when he came to the Konoha Village for the Chunin Exams. It was evident how he did not get along with Naruto or his teammates. As the series further progressed, it was disclosed how similar Naruto and Gaara’s childhood was. They were an outcast, and nobody wanted to accept them because an evil Jinchuriki was dwelling in their flesh.

Gaara had lived a very unfortunate life; even his own father tried to kill him. Everybody was afraid of Gaara, which made him feel really lost. Naruto, being a kind-hearted little boy, helped Gaara find himself and gave him a sense of purpose. He made Gaara understand that giving into violent acts is not going to get him anywhere and that he should try to be a better person. The two gradually became great friends, helping one another a billion times during the course of ‘Naruto.’

‘Naruto’ is available for you to watch on online platforms such as Netflix, Crunchyroll, and Hulu. 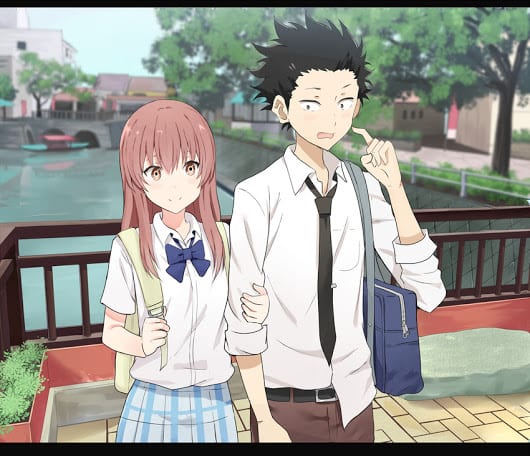 ‘A Silent Voice’ is a romantic drama that focused on Shoko and Shoya. Shoko was a deaf girl, newly transferred to Shoya’s school. Shoya used to bully Shoko relentlessly. Moreover, because he was just a middle school boy who thought of his actions to be a mere prank. Shoya did not realize the magnanimity of his jokes until Shoko was forced to leave that school.

As Shoya grew older, he understood what he did was terrible. He deeply hurt Shoko and wished to make amends. Fortunately, they met again when they were in high school, and it was evident that Shoko was not holding any grudges. Soon, they became inseparable close friends.

‘A Silent Voice’ is available for you to watch on online platforms such as Netflix. 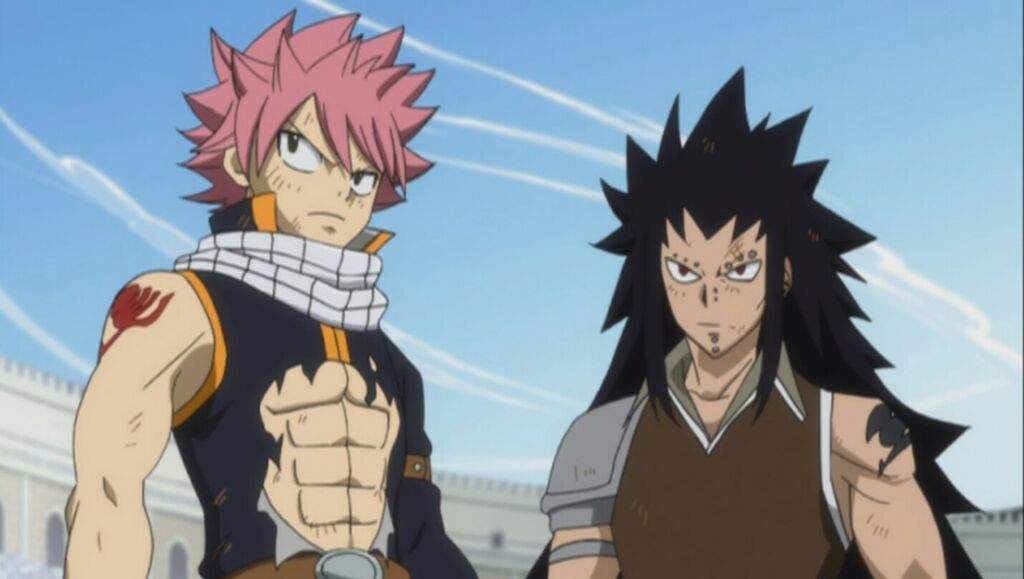 ‘Fairy Tail’ is a fun fantasy adventure with a few complicated characters. It seems as though the audience needs a bit of time to be able to connect with each character. In the plot of this Anime series, Gajeel is the strong enemy who attacked the Fairy Tail. Being a member of the Phantom Lord Guild, the members of the Fairy Tail obviously found it hard to trust Gajeel.

As the story progresses, Gajeel becomes a part of the Fairy Tail, and the viewers see him indulge in various new friendships, especially the bond he shares with Natsu Dragneel. Soon, Gajeel is able to achieve great heights and complete all his missions, hence, becoming a better fighter than he was. 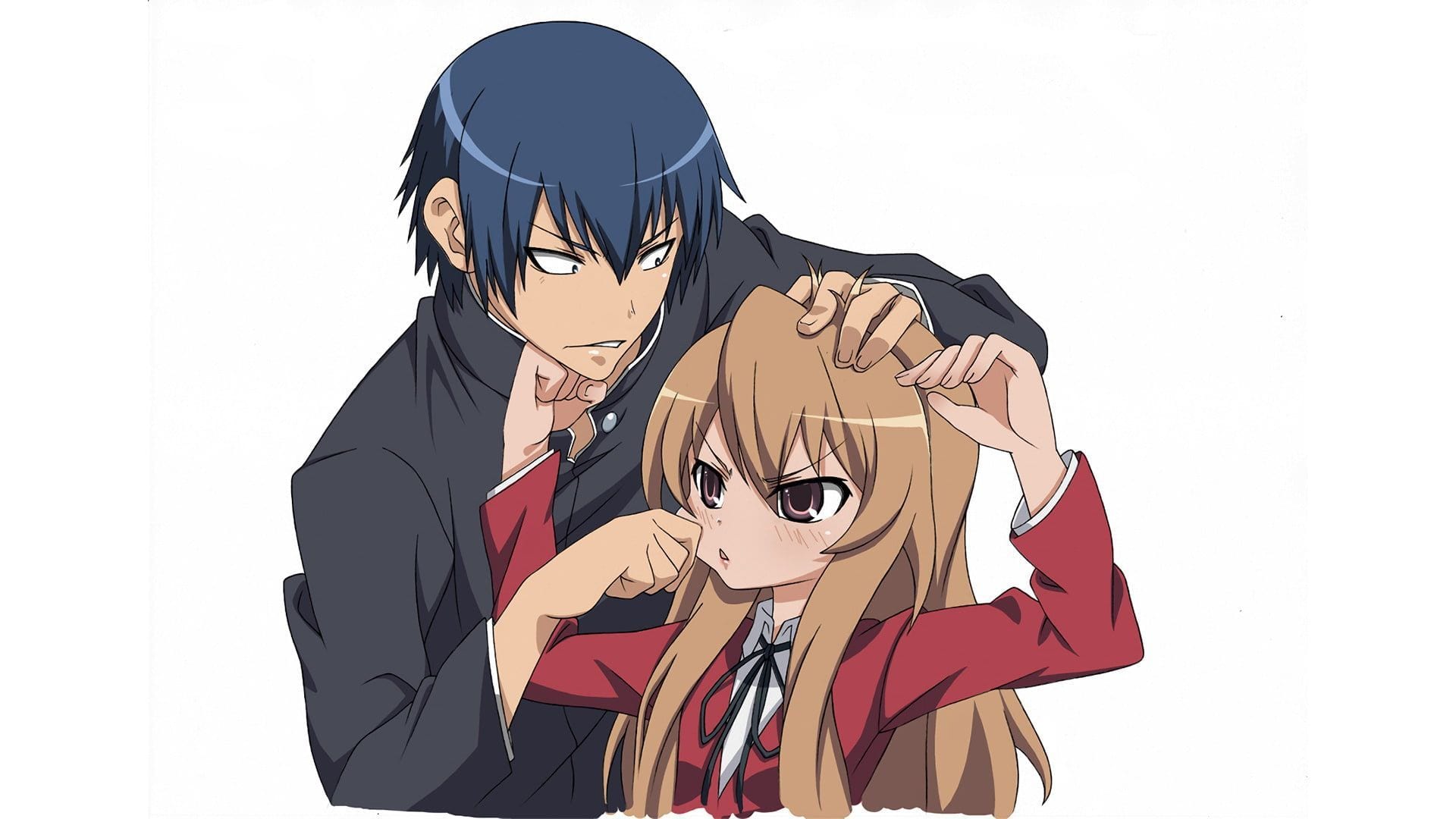 The fact that Ryuji and Taiga did not get along was an understatement. From the very first moment that Taiga saw Ryuji, she had a strong sense of dislike towards him. They tried really hard to become friends, but they ended up hating each other even more. As the Anime series progressed, Taiga and Ryuji started to like each other and were unable to separate themselves from the other.

‘Toradora’ is available for you to watch on online platforms such as Netflix, Crunchyroll. 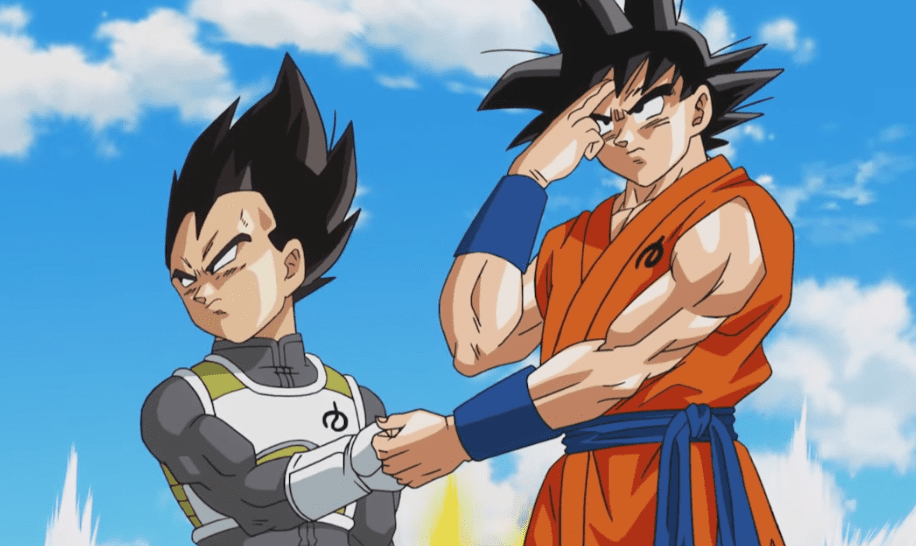 ‘Dragon Ball Z’ is an adventurous fantasy that more or less revolves around the powerful Goku. When Goku first encountered Vegeta, they were rivals who wanted to defeat each other. Vegeta made it very clear to Goku that he was the Prince of Saiyans and that Goku should pay him homage and follow his orders.

Vegeta also explained to Goku that Goku’s father was Vegeta’s father’s guard, who was King Vegeta. Saiyans was a peaceful place to live in until Frieza came and destroyed everything. Remarkably, Goku and Vegeta became friends while both of them were fighting together against Frieza.

‘Dragon Ball Z’ is available for you to watch on online platforms such as Funimation.