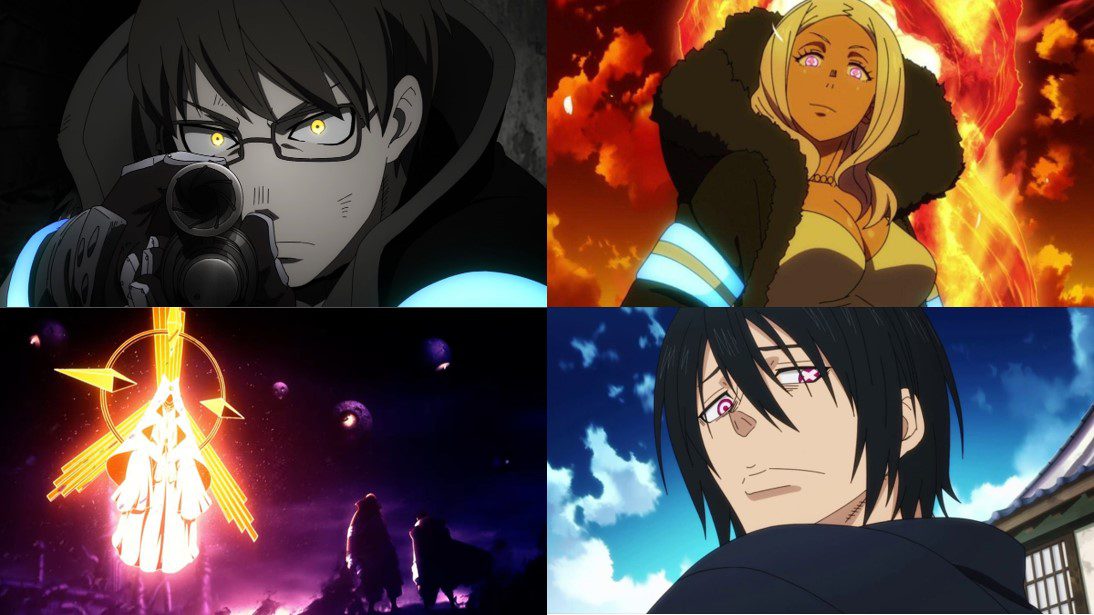 The anime adaptation of Fire Force came out during the start of the lockdown. It has also gained a lot of fans because of its storyline. Fire Force is an anime that also contains different kinds of characters. These characters have some superpowers, which make them some of the strongest characters in anime. Thus, with an intriguing story, the anime also provides us with a good amount of action as these characters battle one another as the anime progresses. In this article, we will be looking into the top ten strongest characters in Fire Force.

Fire Force is an anime that is adapted from a manga written by Atsushi Ōkubo. The manga went on from September 23, 2015, and ended very recently on February 22, 2022. An anime adaptation was produced by the studio David Production on July 5, 2019. The anime has 2 seasons so far.

It tells us the story of a dystopian world where a phenomenon called Spontaneous Human Combustion has created chaos amongst humanity. This phenomenon has transformed human beings into Infernals, fire-monster-like creatures. Another class of humans affected by this is the Pyrokinetic. These people are given some fire powers; however, they are still able to maintain their human form well as control their powers. Shinra Kusakabe, the main protagonist of the series, is pyrokinetic. Thus, the story takes us on Shinra’s adventures as he works alongside other fire soldiers.

Tamaki belongs to the Special Fore Force Company 1. She is a second-class fire soldier belonging to the Third Generation. Although being from Company 1, she fights alongside Company 8 as she was under Rekka Hoshimiya before. Tamaki appears to be easy to get along with. However, she sometimes does show her tsundere side. 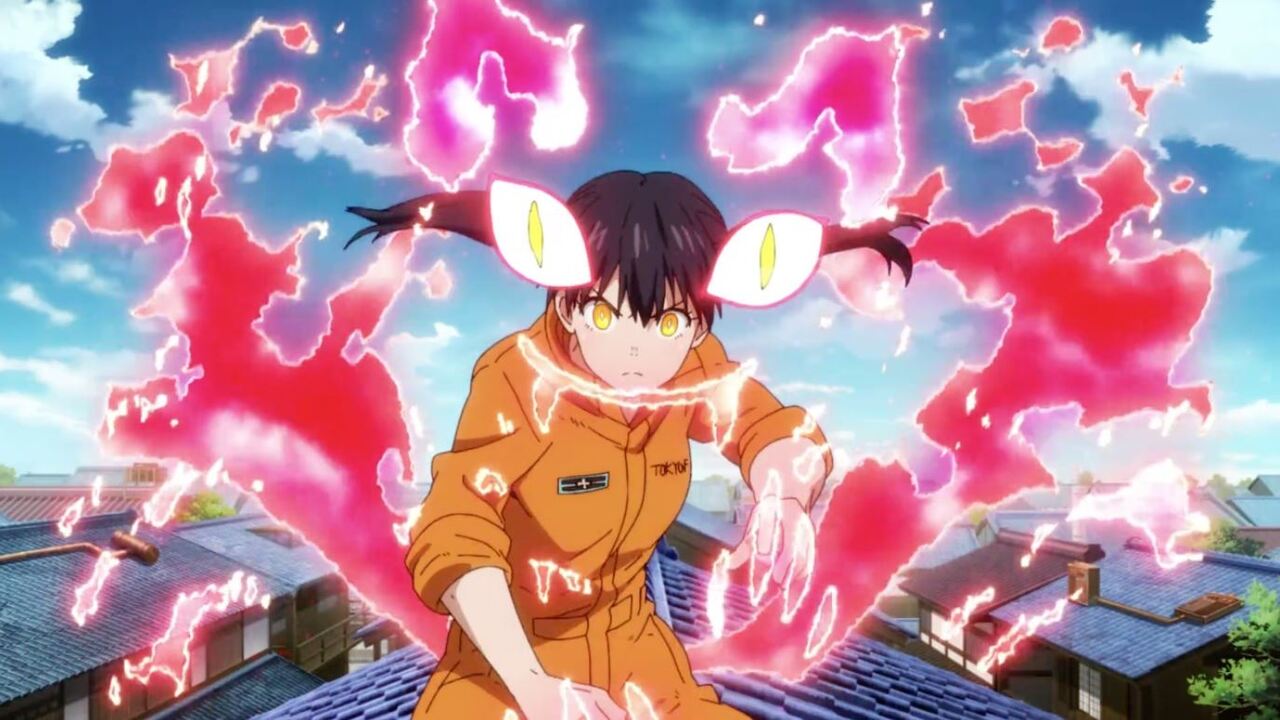 Tamaki ranks 10 on this list as she has proven to have a lot more potential to grow stronger. She has powers that give her cat traits like cat eats and even a tail made out of pink flames. She doesn’t take a lot of damage when burnt. Some of her other powers include Enhanced Speed and Enhanced Durability. Tamaki has also proven to be smart and quick at decision-making.

Belonging to the Second Generation, Takehisa Hinawa is the lieutenant of Company 8. Being someone that leads a team, he possesses many leadership qualities as well as is shown to have immense care for his members. Hinawa’s fights include most of the long-range attacks. However, being from the military, he can take on opponents in hand-to-hand combat too. 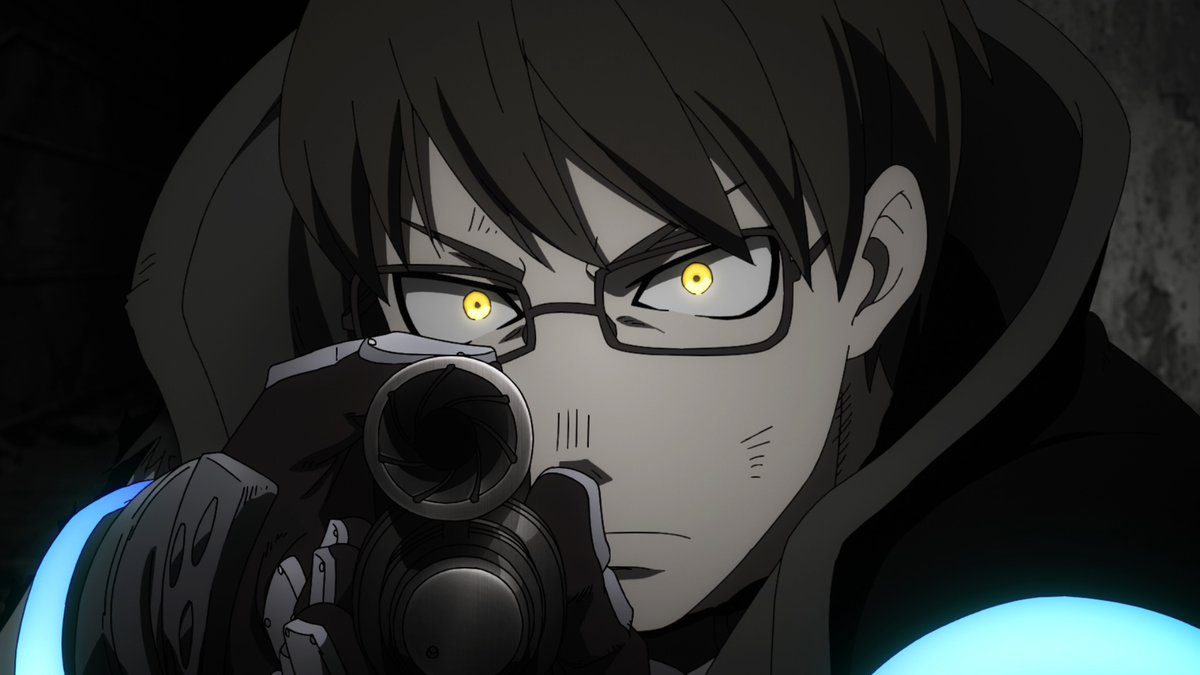 The power he received through Pyrokinesis allows him to control flames with the help of a weapon like a pistol. Hinawa’s ability enables him to also control the speed of the bullets as well as can control the distance and angles of the bullets. His Special Fire Extinguishing Bullet helps him in slowing down his enemies.

Inca is a member of the White Clad. She is also known as the Fire Thief. Inca has a rare ability known to understand flames and the impact they will have through its scent, enabling her to be safe from any flame attacks. She is known to be selfish yet sometimes willing to risk herself to save her friends. 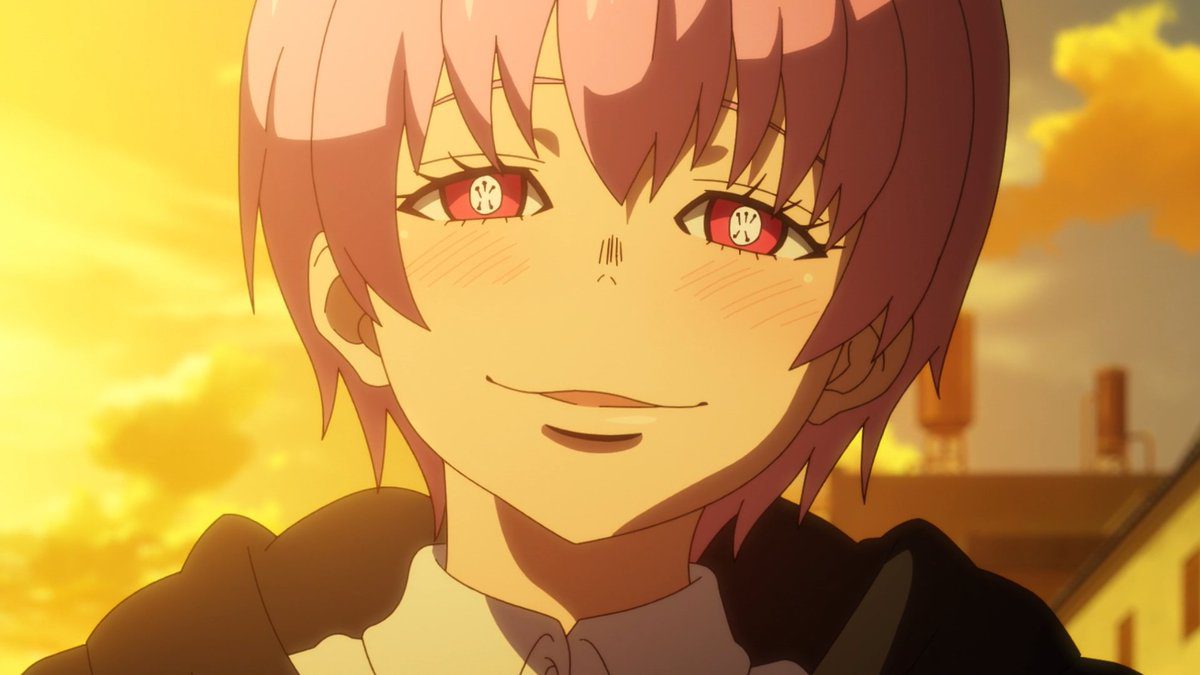 Inca did not value life before, however, with a change in her character development, she regards life above everything else. Initially, she called herself someone from the Fourth Generation. However, since she is the Fifth Pillar, she awakened the Adolla Burst which

Another character from Company 8 as well as the Third Generation, is Arthur Boyle. His personality is much on the arrogant side as he also displays immense confidence in his abilities, and rightfully so because he is known to be one of the best fire soldiers. Arthur refuses the use of honorifics and, thus, can sometimes come off as rude. However, he has a good sense of Justice as well as a side that could appear childish. Arthur sometimes picks up the demeanor of being a medieval knight and is a fan of medieval stuff. 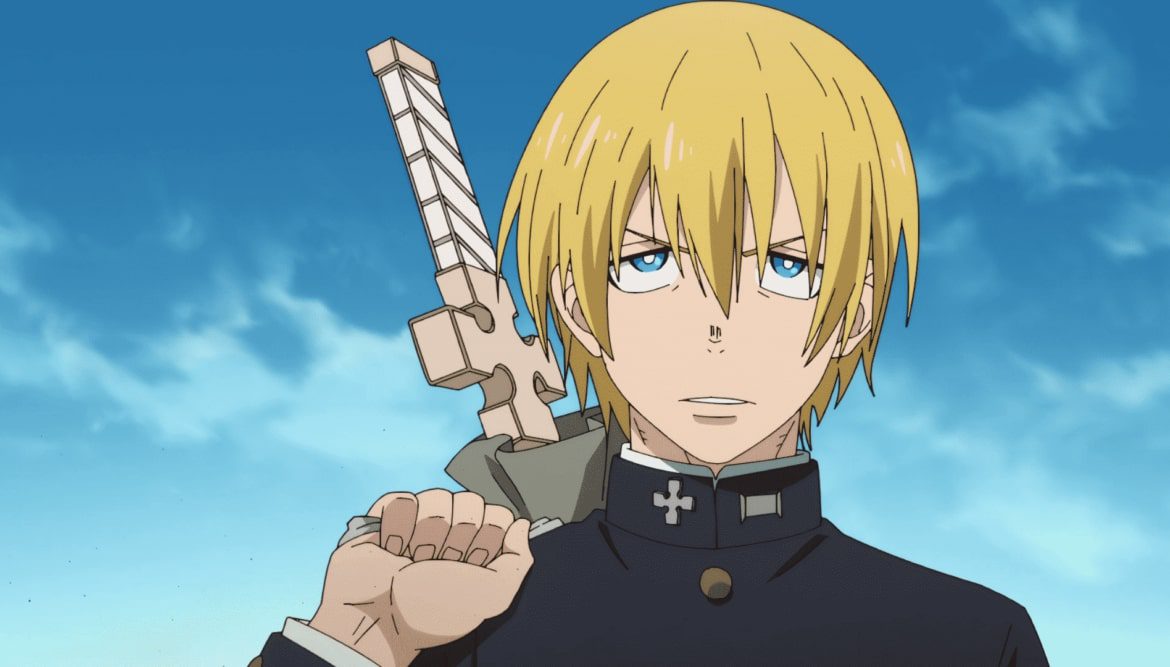 As his name is taken from the legend of King Arthur, he uses a sword-like weapon known as the Excalibur, which allows him to use plasma in the shape of a blade. His most powerful ability is the Violent Flash: Earth Divider, a move that lives up to its name. Besides these, he also possesses an incredible amount of strength as well as speed.

Most anime has protagonists that are strong from the beginning, while some have those that work hard to enhance their strengths and abilities. The main character in Fire Force belongs to the later crowd. Kusakabe Shinra belongs to the Third Generation as well as the Fourth Generation and works with his teammates from Company 8. Like most protagonists, Shinra, too has a goal of saving humanity and uncovering the truth behind his parents’ death. 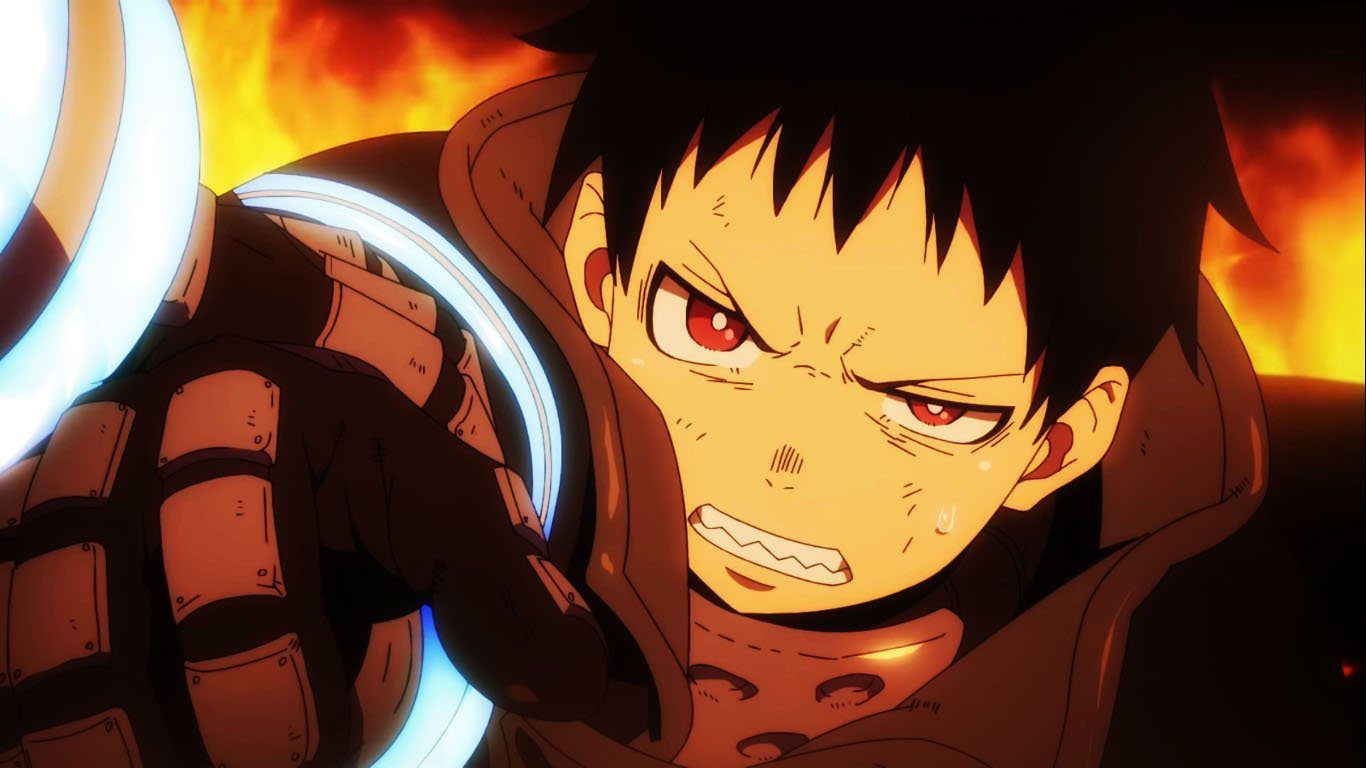 Shinra’s abilities experience growth throughout the series. He is up for any challenge. Shinra has shown an immense amount of physical strength, which helps him when it comes to rescuing people. Besides his Pyrokinetic Abilities, he also possesses the Adolla Burst as he is revealed to be the Fourth Pillar. Shinra can also use hand signs and seals, which were taught to him by Captain Benimaru. As the protagonist of the series, it is given that Shinra will move higher in rank.

Kurono is the Sixth Pillar’s guardian and the chief of Haijima Industries’ Power Development Facility. He is known to have more preference for strong people and considers the weak to be a hindrance. Kurono, himself, is a powerful being who enjoys destruction. He enjoys bullying the weak, which in turn makes him underestimate those who are pretty strong. 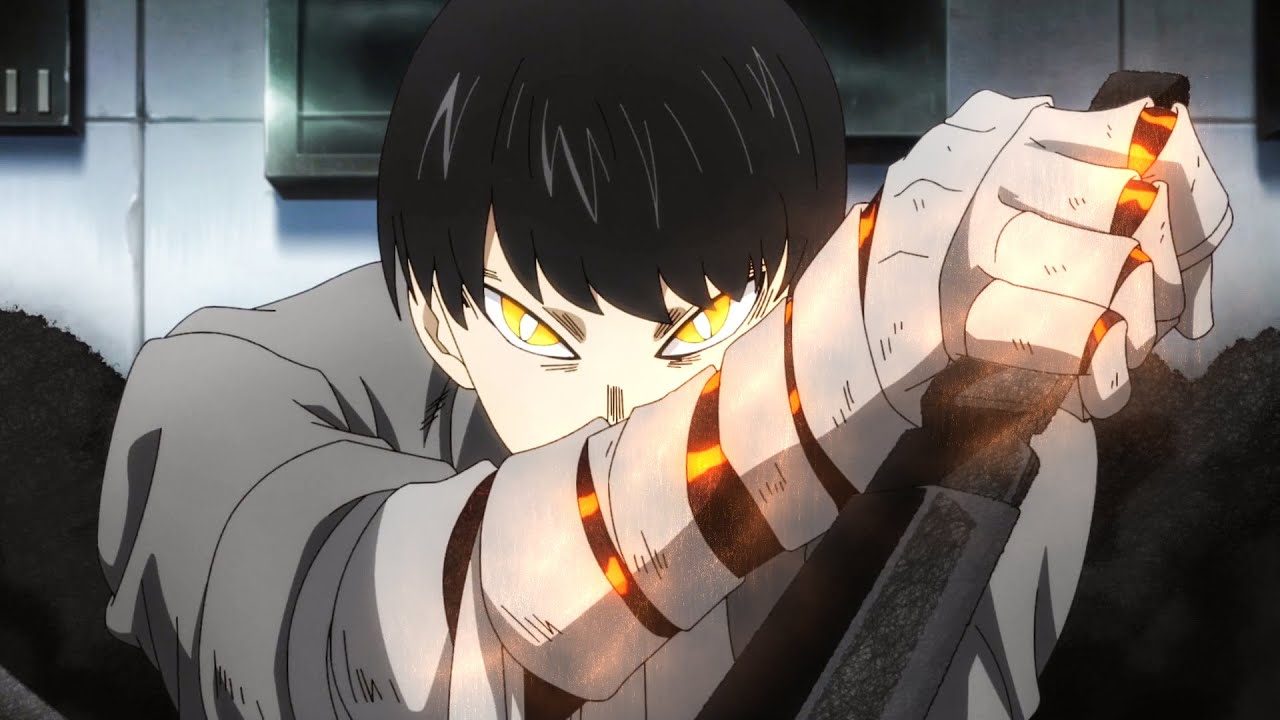 When it comes to fights, Kurono is good with weapons as well as hand-to-hand combat. He possesses a pretty good amount of physical strength. Besides this, his Ignition Ability enables him to create Black Smoke. This smoke’s temperature can be raised to 130 degrees Celsius. Since this is smoke, Kurono uses it to burn people internally. This smoke can also be solidified into weapons.

Princess Hibana is the captain of Company 5 and is a part of the Third Generation. Hibana is known to be a stern captain who knows how to get things to go her way. Besides this, she is a strong fire soldier that prefers to kill her opponents, aka the Infernals, by inflicting pain upon them. She is an ambitious person who likes to have control most of the time. 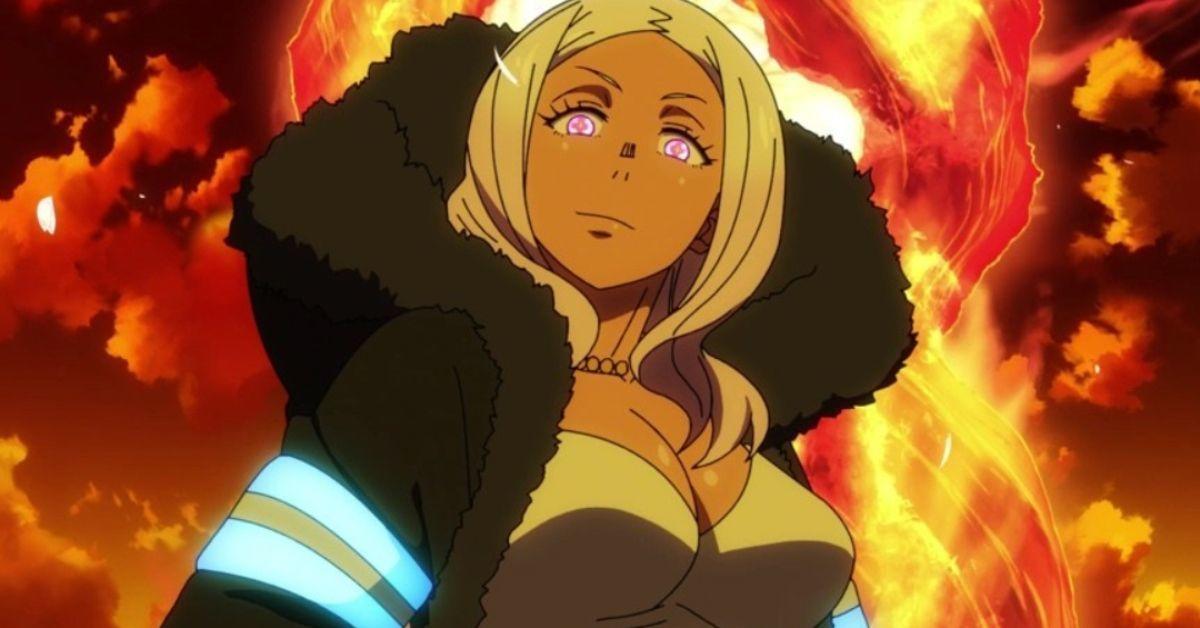 Hibana also possesses one of the prettiest powers. She can create cherry blossom-like flames. However, these flames can cause serious damage if made contact with. She also can control the temperature of the surroundings as well as that of a person’s body. Although she may not be the hand-on-hand combat type, she is very intelligent, which enables her to think fast to get out of complex situations.

Next up we have an interesting character on the list. Haumea belongs to the Third Generation. She also is a part of the White Clad. However, what makes her stronger is her position as the Second Pillar, which makes her possess the ability of the Adolla Burst. She is a bubbly character who is most likely to treat friends and foes alike but in a sadistic way. 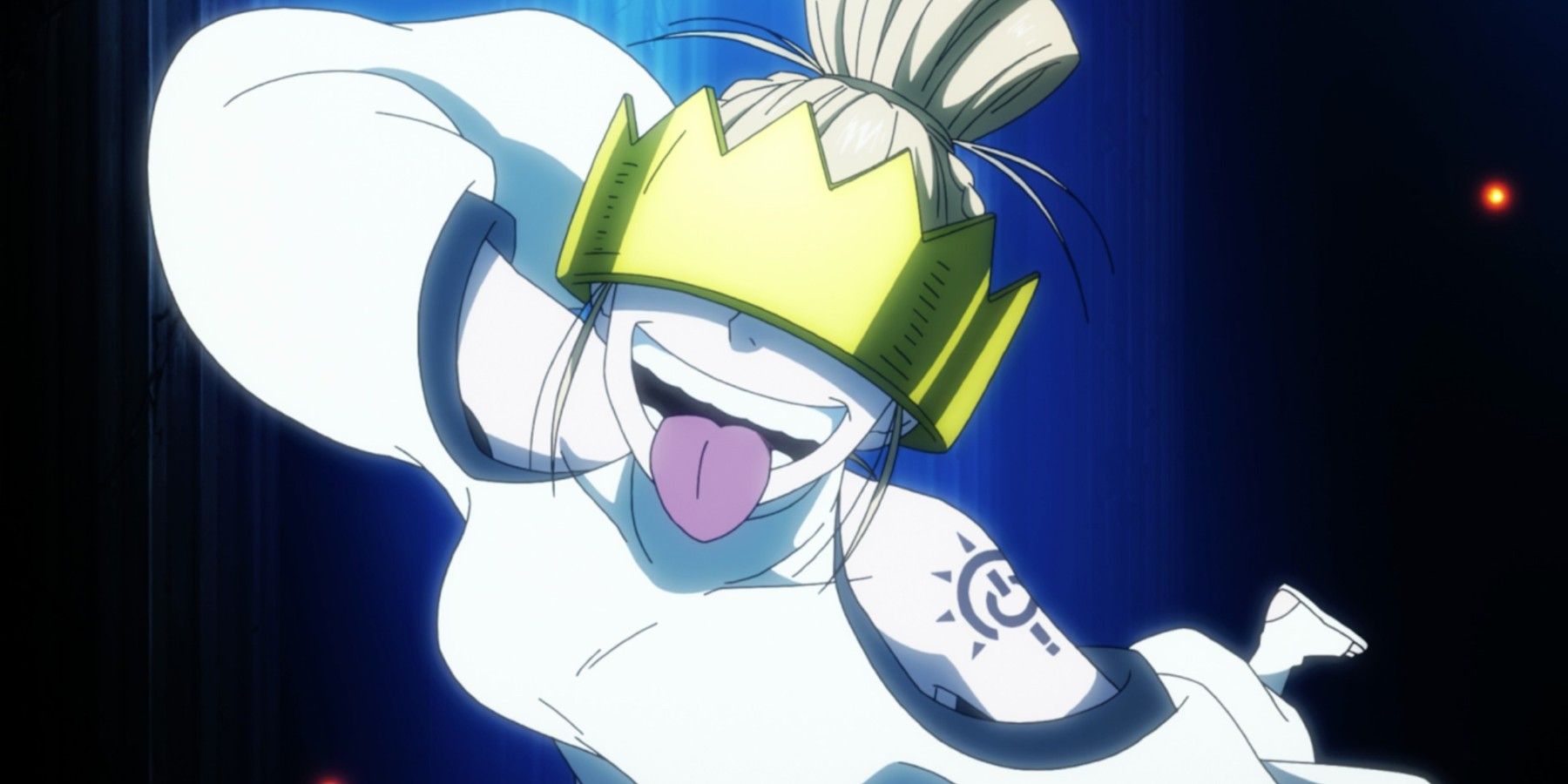 Haumea fights her opponents using electric shocks making her an Electric Shock user. She is also able to control people’s nerves by sending out electrical signals in their bodies. Haumea also likes to play around with people as she turns them into her puppets by messing with the chemicals in their brains.

The last captain and perhaps the strongest among other captains is Shinmon Benimaru. Shinmon belongs to the Second and Third generations. He is the captain of Company 7. Being more on the introverted side, he prefers to work alone or with the members of his squad. He is the strongest soldier in the entire Special Fire Force Department. 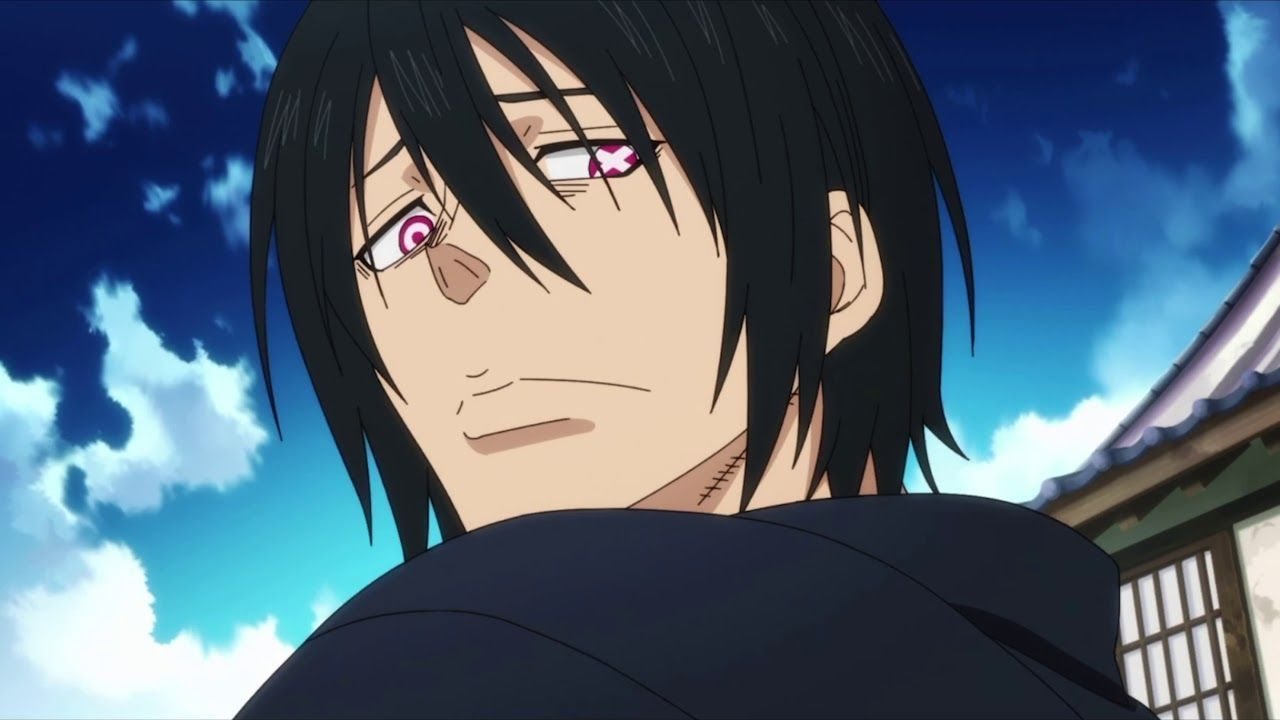 Along with being very good in hand-to-hand combat, he also can act as a good mentor. He also is very good with his reflexes which also makes him quick with his movements. Besides this, he also has an incredible amount of strength. Belonging to the Second and Third Generation allows him to use and control the flames created by him. He can also reflect other people’s flame attacks.

Known as the strongest character in the entire series is the captain of the White Clad, who is also known as The Evangelist. Although we do not really get a proper view of her physical appearance, we know that she holds an immense amount of power as her presence can be very captivating. Not only this, but she is literally blinding to look at. 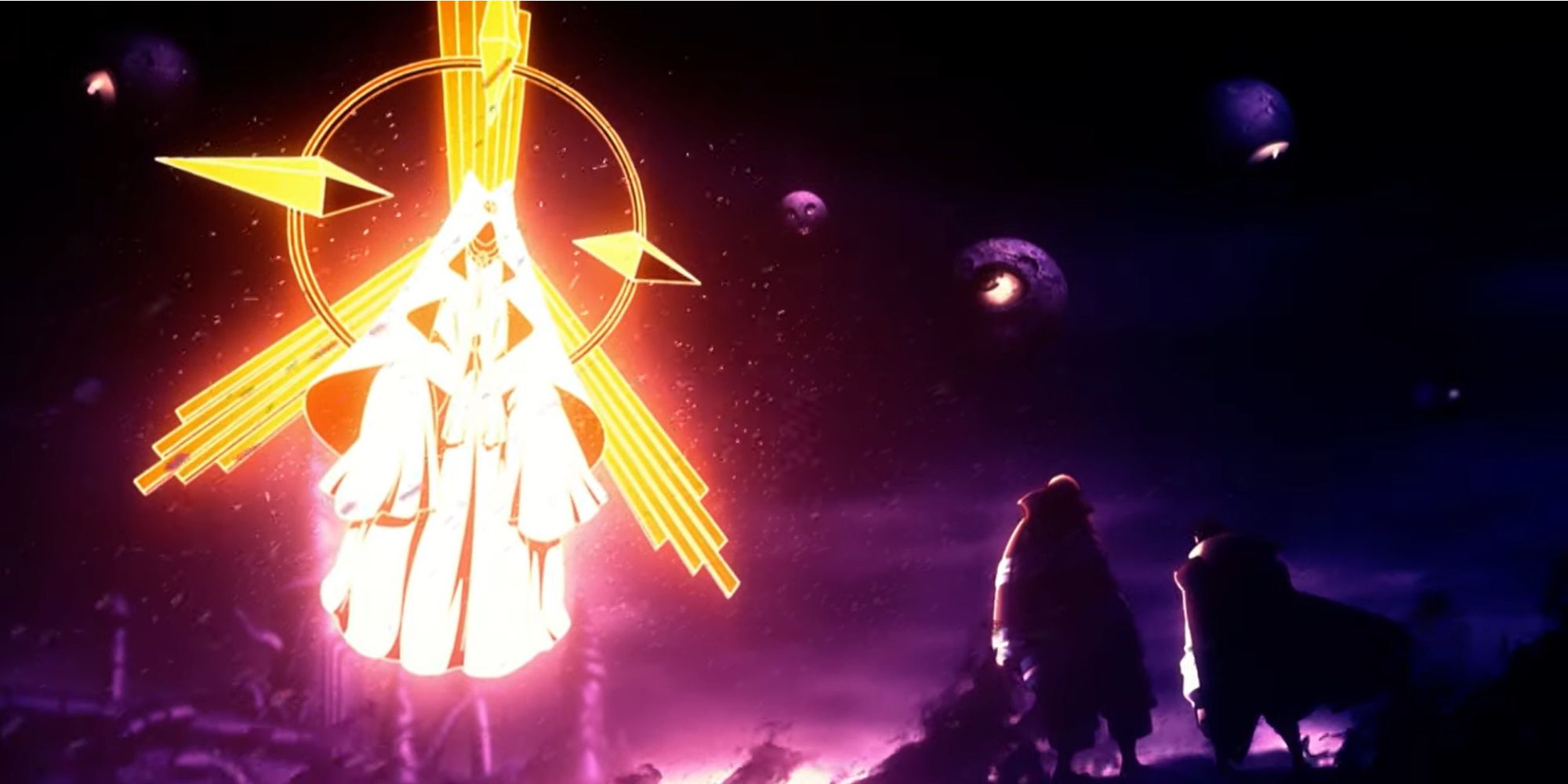 Some of her abilities include creating a Tear in Space which is capable of causing huge earthquakes. She is capable of granting people using the Adolla Link powers known as Grace which comes under the Fourth Generation powers.