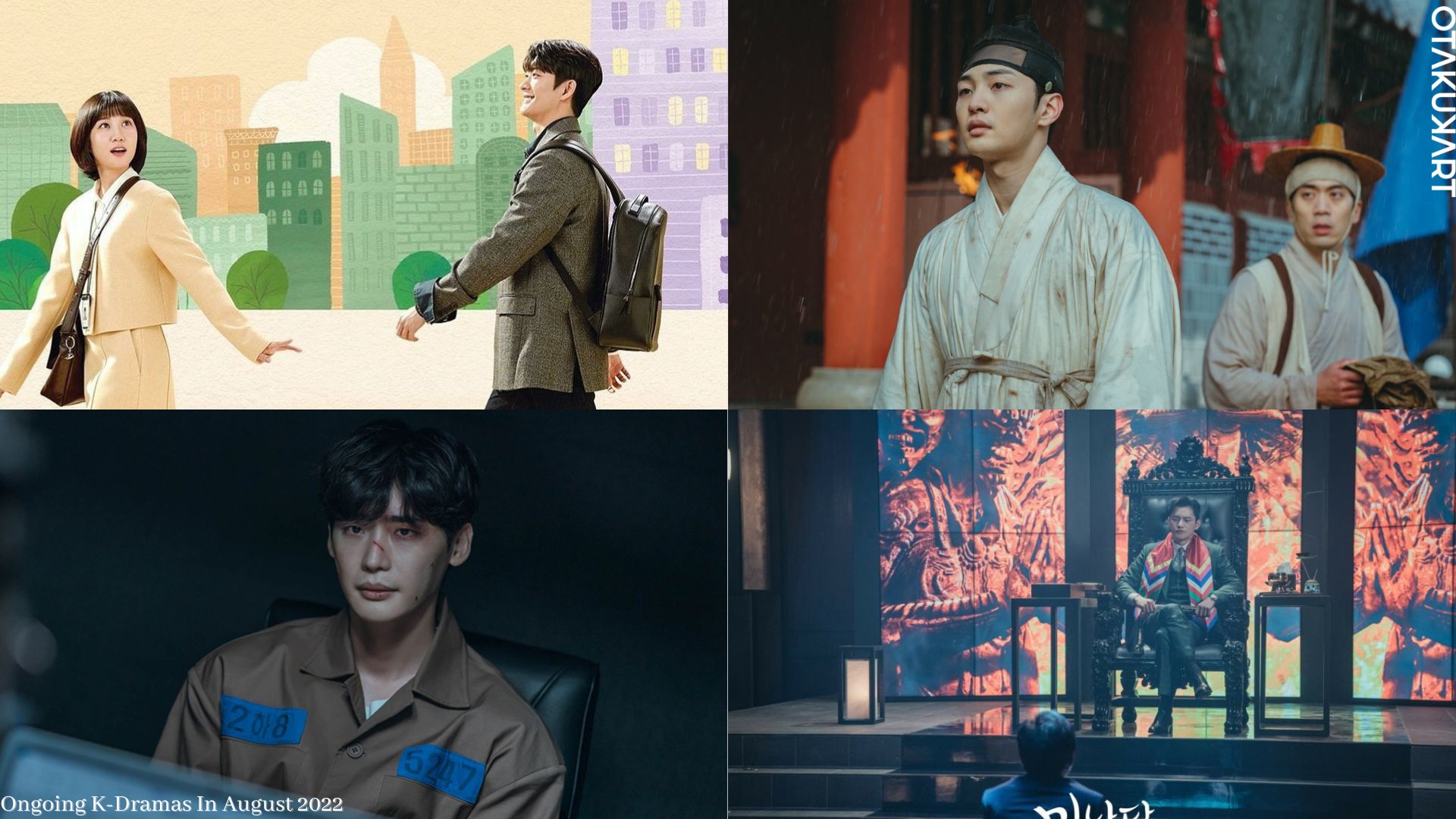 The year 2022 has been a sweet treat for all the K-Drama enthusiasts out there, and there are many must-watch ongoing K-Dramas that are stealing hearts not only domestically but also globally. There is no doubt in the fact that this year has brought inside a series of amazing drama series that has left everyone in awe. Since January, there hasn’t been a release that has gone to waste. Every single of them has come up with one of the best plot points, powerful cast performance, and unwavering engagement level. It is also no surprise to see every one of them effortlessly garnering not only the attention of the domestic viewers but also of the global ones.

The fact to be quoted here is also that when it comes to standards, then K-Dramas have never disappointed. They are one of the best genres to go for, and they don’t fail to prove the same again and again. This year countless gems have been released, and more are due later. Here, we have listed the must-watch ongoing K-Dramas of the month. They are the ones no one out there should miss at any cost. Therefore, if there is anyone who has not already started streaming them, then they definitely should start this instant. Because missing out on them would really be a disappointment.

Narrating the story of a brilliant 164 IQ attorney named Woo Young Woo, the drama series is one of the highest-rated ones out there and of course, one of must watch ongoing K-Dramas. It has been hitting new viewership records since its premiere, and now as its finale is getting close by, the crowd has multiplied by a lot.

Starring Park Eun Bin, Kang Tae Oh, Kang Ki Young, and many others, the drama series narrates the story of Woo Young Woo, who has autism and is struggling to prove her worth as an extraordinary attorney.

Starring Lee Jae Wook, Jung So Min, Hwang Min Hyun, Shin Seung Ho, Yoo Joon Sang, and many others, ‘Alchemy of Souls’ is indeed one of the must-watch ongoing K-Dramas out there. It has a total of 20 episodes, and each of them has a screen duration of 1 hour and 20 minutes.

Moreover, the drama series narrates the story of young mages who overcome their twisted fates, which is the result of a magical spell cast on them known as ‘Alchemy of Souls’. The drama series has received very high ratings in all its aspects and has won the hearts of millions out there. 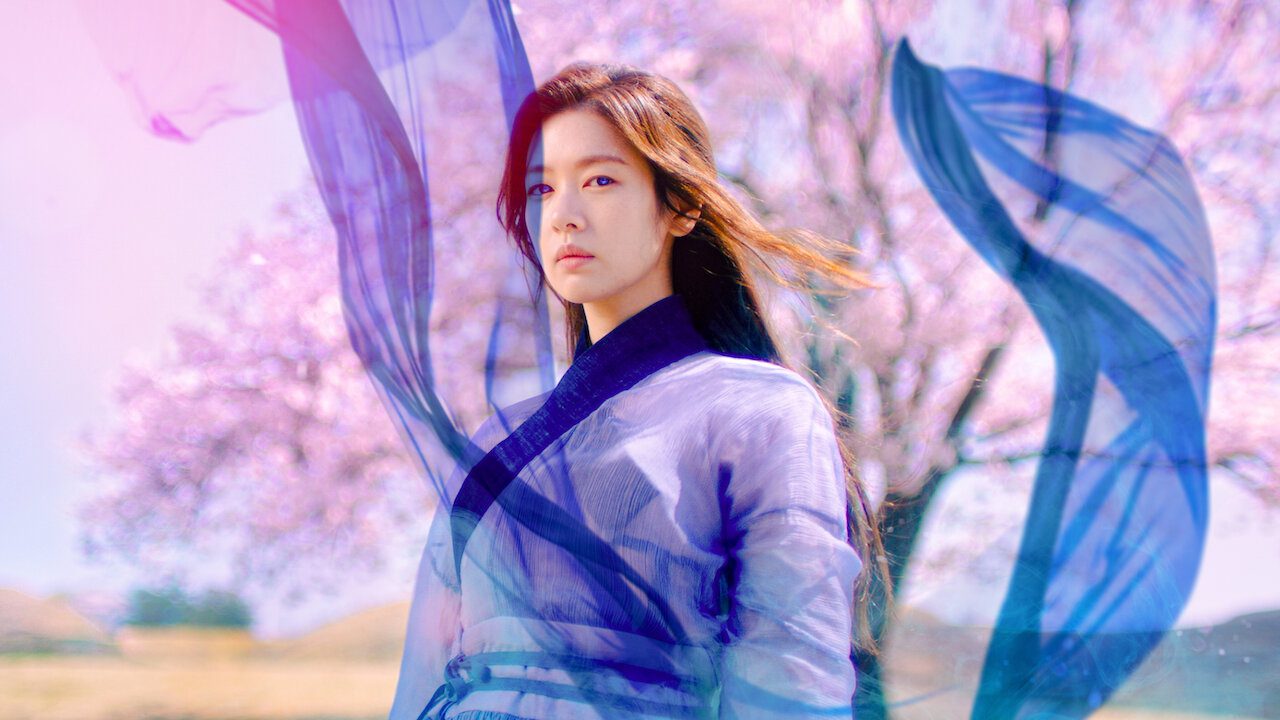 With a total of 16 episodes, ‘Big Mouth’ has caught the attention of every K-Drama enthusiast out there. Marking the return of everyone’s all-time favorite Lee Jong Suk on the screen, the drama series has become an ultimate must-watch ongoing K-Dramas out there.

The drama series narrates the story of a lawyer named Park Chang Ho, who has a winning rate of 10% and is called ‘Big Mouth’ because of his talkative personality. Struggling with his career as a lawyer, he gets tangled up in a murder case and labeled as genius swindler ‘Big Mouse’.

Narrating the story of twin brothers who are paired up together to uncover the bitter truth behind a mysterious murder that happened 22 years ago, ‘Adamas’ has claimed its position on everyone’s watchlist out there. It is scheduled to release its fifth episode on August 10, 2022, and has a total of 16 episodes, and each has a running duration of 1 hour and 10 minutes. With just four episodes, the drama series has managed to steal the limelight away in no time. Therefore, if you are already not streaming it, then this is your cue to do the same. Starring Kim Se Jeong and Choi Daniel, ‘Today’s Webtoon’ has become the ultimate favorite of everyone out there in a very short duration. The drama series narrates the story of a woman who is struggling to adjust with her coworkers in the webtoon editorial department in order to become a true webtoon editor.

The story of the series is adapted from a manga series titled ‘Juhan Shuttai!’ by Matsuda Naoko. It has a total of 16 episodes, and each of them has a screen time of 1 hour and 10 minutes. Its fifth episode is scheduled to be released on August 12, 2022, and all the viewers are eagerly waiting for the same.

One of the most awaited drama series is now on the screens, and the internet is going wild about the same. ‘The Good Detective 2’ is indeed one of the must-watch ongoing K-dramas of this month. Narrating the story of good detectives of the Violent Crimes Team who are devoted to using the truth to go against villains with nasty ambitions.

The first season of the drama series was a hit and therefore, the expectations for the second one are also very high. With a total of 16 episodes, the drama series is scheduled to release its third episode on August 6, 2022.

Starring Seo In Guk and Oh Yeon Seo, ‘Café Minamdang’ has become one of the favorites of every K-Drama enthusiast out there. There is no doubt in the fact that everyone has fallen for the male lead as his charms are pretty irresistible, and thus the engagement level of the series has multiplied by a lot.

It narrates the story of a former criminal profiler who is now working as a conman. Disguising himself as a fortune teller, he executes his crimes and owns a shop called Minamdang. His good looks and working style make everyone get easily trapped by him and his evil plans, which allows him to make a lot of money.

Also Read: Why Her? Will The K-Drama Be Renewed?

Starring Kim Min Jae, Kim Hyang Gi, Kim Sang Kyung, and many others, ‘Poong, the Joseon Psychiatrist’ narrates the story of a physician with legendary abilities who is thrown out of the kingdom after he was found involved in a conspiracy theory against the royal family. After which, he shifts to Gyesu Village, where a series of new adventures awaits him.

Adapted from the novel titled ‘Joseon Psychiatrist Yoo Se Pung’ by Lee Eun So, the drama series has a total of 12 episodes, and each of them has a screen duration of 1 hour and 15 minutes. Moreover, the show is scheduled to release its third episode on August 8, 2022.

Also Read: Remarriage and Desires Season 2: Ending Explained & All About the Renewal

Narrating the story of three friends coming from different backgrounds, ‘Becoming Witch’ is indeed a must-watch ongoing K-Drama of the month. In the series we meet Gong ma Ri, Chae Hee Soo, and Yang Jin A. The trio is out to kill their enemies who have oppressed them to an intolerable level. Starring Lee Yoo Ri, Lee Min Young, and Yoon So Yi, the drama series has a total of 12  episodes, and each of them has a running duration of 1 hour and 10 minutes. Furthermore, the show is going to release its eighth episode on August 13, 2022, all the viewers out there are excited for the same.

Also Read: The Rich Son Cast Members: Where Is the Star Cast Now?