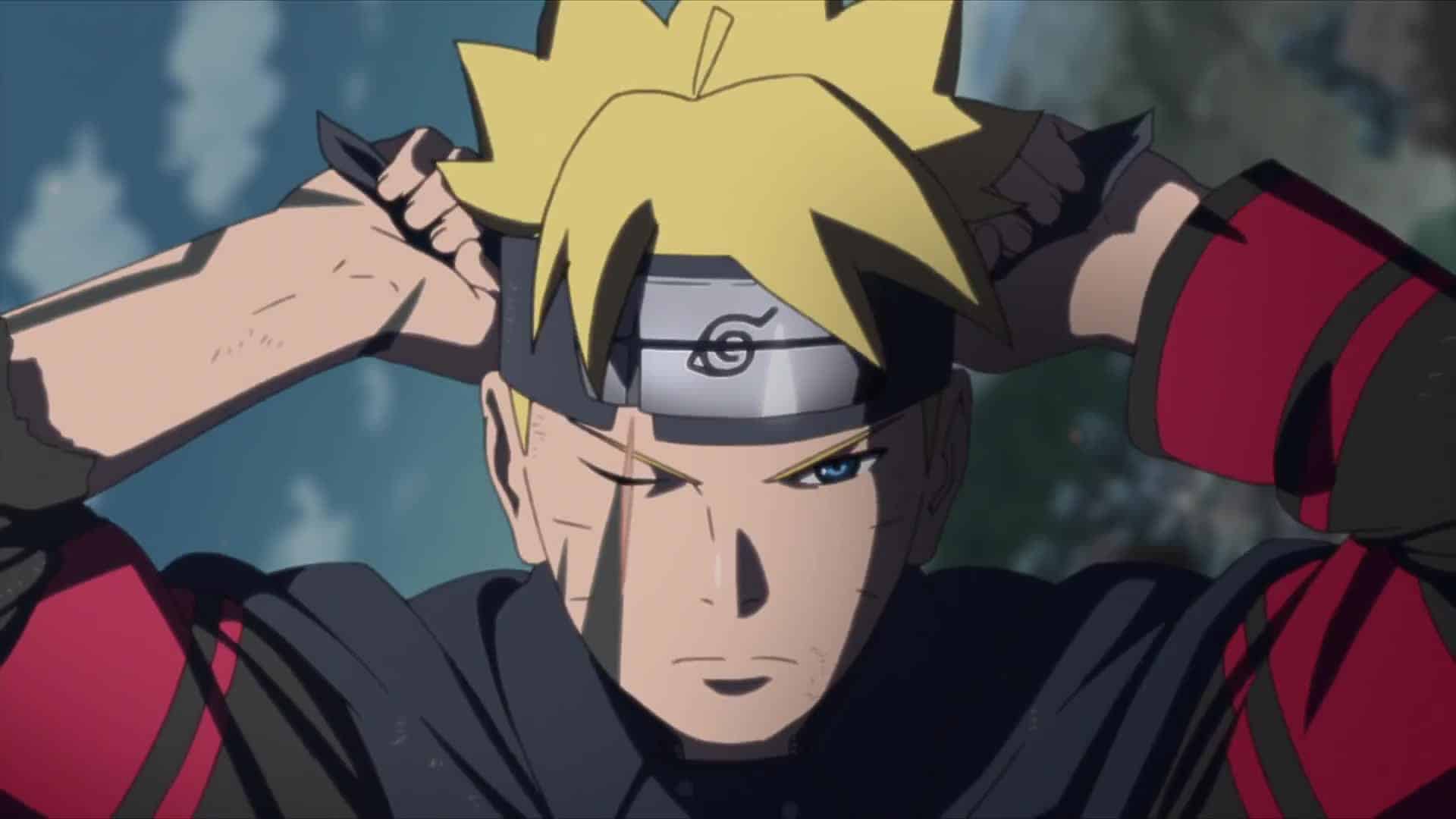 What better way to celebrate Naruto‘s fantastic long run than with a brand-new series based on the lives of the next generation? Naruto fans will agree that we haven’t had enough of  Team 7 and their friends even with Naruto Shippuden having more than 700 chapters.

We wanted more adventures and definitely more of our favorite characters.  A palpable vacuum was formed at the end of the series with no way to fill it. Fortunately, as an answer to our prayers, Masashi Kishimoto came up with another spectacular series, Boruto, which is all about the next generation and of course, their parents.

Here is a short synopsis of Boruto: Naruto Next Generations. Konohagakure has changed drastically from how it was when Naruto was young. There have been rapid advances in technology and tall buildings are being constructed. Development has progressed so far that we can even see electric cars on the streets.

Konoha holds an entirely different vision than before. And all this has happened under the leadership of the Seventh Hokage, Naruto Uzumaki. Along with being Hokage, Naruto is married to Hinata and they have their own children, namely Boruto Uzumaki and Himawari Uzumaki.

The story many revolves around Boruto but he is not like his father. He doesn’t want to be Hokage like Naruto did but what he really wanted was to get recognized by his father and leave his mark on the world. He joins the Ninja Academy but everyone over there sees him through the lens of being the Hokage’s son.

However, Boruto makes new friends and tries to rise in his father’s eyes by fighting the evil still lurking around the village in his own way and helping his father maintain the hard-won peace of Konohagakure. But he is not alone and has tremendous help from his friends, just like his father. 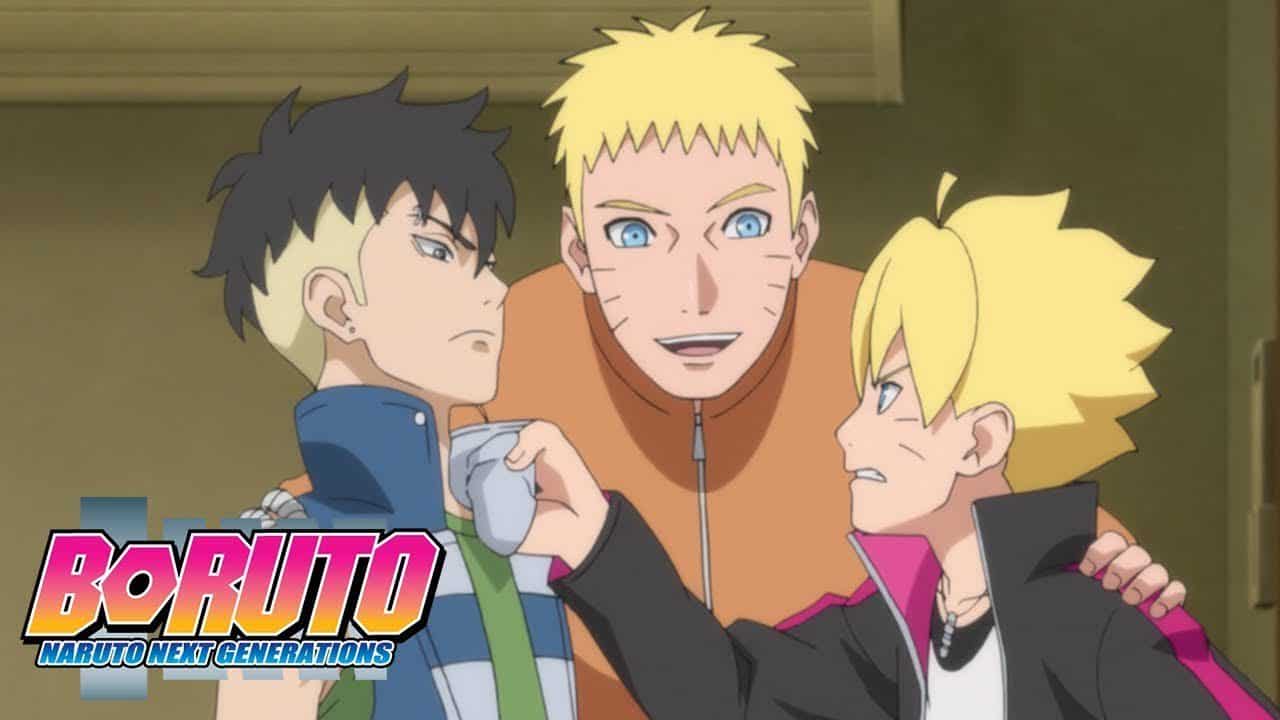 Chapter 77 is titled,” Time Drawing Near”. Kawaki has Boruto by the collar and is yelling at him. Sarada intervenes and tells them not to fight as they were in the middle of an important mission. Kawaki tells Sarada to stay out of it as Otsusuki don’t care if they are in the middle of anything.

Suddenly, Shikamaru appears and asks Kawaki to stand down reminding him to think about Naruto if he finds out his son has died. Hearing this, Kawaki leaves the room despite the mission forbidding him to do so. Now no one can detect him as he has erased his chakra.

Eida also leaves and Shikamaru asks Naruto to keep an eye on her while he finds Kawaki. Elsewhere, Code is assembling the Claw Grimes to launch an attack on Konoha. But he can’t do that as he doesn’t have the element of surprise with Eida being there in Konoha.

Eida is giving all the information about Code and his plans to Shikamaru and the team. Eida is in the shopping mall and Boruto is feeling out of place there with Daemon on his shoulders. Back in the household, Hinata is making dinner and is happy that she and Naruto could spend dinner time together.

Kawaki pays them a visit wanting to speak with Naruto. He said that Naruto meant the world to him and that he would do anything to protect him. So he decided to kill every single Otsusuki that ever existed as he felt that no one else could kill them.

This means that he was going to kill Boruto who was an Otsusuki. Naruto replied that he would have to kill him first. Kawaki wraps Naruto and Hinata in a vortex and makes them disappear telling that he didn’t expect them to understand and that they were free to kill him later.

For all the fans eagerly awaiting the release date of the next chapter, we have it here for you. Boruto: Naruto Next Generations Chapter 78 release date is on February 20, 2023.

Where Can We Read Chapter 78?..and Spoilers!

We can read the Boruto: Naruto Next Generations chapter 78 on Viz Media and Manga Plus. You can also read it on the Shonen Jump app.

As for the spoilers, Kawaki goes and finds Boruto intending to kill him. He calls out Momoshiki and he emerges from Boruto. Kawaki attacks and slashes Boruto’s eye. Kawaki defeats everyone who comes in the way of his goal and just as he was about to deliver the fatal blow to Boruto, Sasuke steps in to protect him and Kawaki ends up killing Sasuke instead.