To make you fall in love with the most charming smile, we have prepared the list of top Park Bo Gum dramas and movies to watch! When it comes to romance kdramas, how can one forget the sweetest soul Park Bo Gum? He has showcased versatile acting skills through various dramas and movies. Besides romance, Park Bo Gum will also surprise you with his remarkable performances in historical, psychological, and thriller genres TV shows and movies.

It is amazing to witness such a brilliant actor like Park Bo Gum grow before our eyes. Initially, he wanted to be a singer-songwriter. It will even amaze you after hearing his sweet melody. It seems there is no limit to Park Bo Gum’s charming points! After changing his career path, he investigated all his effort and dedication in whatever roles he got. Starting from the supporting roles to the main leads of buzzworthy kdramas, Park Bo Gum has become the first-ever actor to top the Korea Power Celebrity list by Forbes Korea. The diverse range of roles made him experienced in his acting. And thus, leading to his current popularity, which will turn you into Bo Gummies’ fans once you watch his TV shows or films!

Park Bo Gum made his debut as an actor with his first supporting role in the thriller film Blind. Later he was featured in action-comedy Runway Cop, KBS drama special Still Picture, and the period drama Bridal Mask. For the first time, we saw Park Bo Gum as the main lead was in Wonderful Mama, where he acted the playboy’s character.

With Wonderful Mama and a prodigy cellist in Naeil’s Cantabile, Park Bo Gum climbed to a new height of popularity. And since then, various opportunities knocked on his door, bringing a diverse range of roles that helped him grow as an actor! His roles in numerous dramas and movies such as Coin Girl Locker, Seo Bok, Hello Monster, Reply 1988, Encounter have left unforgettable impressions. Therefore, we have created the list of top Park Bo Gum dramas and movies that should be on your watchlist!

Park Bo Gum has worked in various historical dramas and movies. However, his supporting role as Bae Soo Bong in ‘The Admiral: Roaring Currents’ will leave you in awe after watching his different appearance from his usual romantic comedy look. The movie is set in 1597, when the Joseon Dynasty faces imminent doom by the Japanese. And thus, dishonored Admiral Yi Sun-Shin is summoned as the last resort to direct the kingdom’s remaining 12 ships and an army of doubtful soldiers against the Emperor’s 330 strong fleets.

This historical war tale brings different features revealing another great performance by Park Bo Gum. Therefore, ‘The Admiral: Roaring Currents’ has made it on the best Park Bo Gum dramas and movies list. After all, who can ignore his outstanding acting as a supporting character?

What more do you need when Kim Go Eun and Park Bo Gum are in one movie? ‘Coin Locker Girl’ is the story of an abandoned girl, Il Yeong, who grew up even without knowing her real family. She is raised by an unrepentant load shark called Mother. By the age of 18, she becomes the trusted right hand of Mother and thus is given the task of keeping track of Suk Hyuk, the son of a debtor. Here, Park Bo Gum as Suk Hyuk will melt your heart. The boy brings her out of the darkness and exposes her to a world she never knew existed.

When Suk Hyuk’s father flees, the pair needs to face Mother, who orders Il Yeong to kill Suk Hyuk. However, the time they spent together made them grow on each other. And thus, she is left with no choice but to flee from the only family she has ever known. The movie has presented the complexity of the human relationship and understanding of life wonderfully. Also, the cast’s outstanding performance makes this thriller crime romance worth being on the list of best Park Bo Gum dramas and movies. Not to mention, the heartwarming chemistry between Kim Go Eun and Park Bo Gum is a reward for you!

A beautiful, touching love story by ‘Encounter’ kdrama has made it on the top dramas and movies by Park Bo Gum. ‘Encounter’ is the romantic tale of an ordinary man, Kim Jin Hyuk, who finds happiness in the smaller things, and the woman from a strong political background, Cha Soo Hyun, who losses her wings before her father’s command. Life has never been beautiful for the bird that grew in a golden cage. After getting out of his loveless marriage, Cha Soo Hyun encounters an innocent, ordinary young man, Kim Jin Hyuk, who lets her taste the real flavor of happiness she never knew existed.

‘Encounter’ is a simply beautiful fairy-tale that will point out the art of the ordinary yet diverse lifestyle of people. The realistic plotline that will bring out various emotions in each episode and the heart-thumping chemistry of Park Bo Gum and Song Hye Kyo makes the drama worth being on your watchlist!

‘Seobok‘ is the modern reinterpretation of the story of Xu Fu from the Qin Dynasty, who was twice sent by Qin Shi Huang to find the elixir of life. The sci-fi thriller narrates how former intelligence agency Ki Heon and the first-ever genetically mutated human clone Seo Bok embark on a dangerous journey, where several forces desire the clone to serve their own agendas.

Park Bo Gum as Seo Bok, the first human clone who holds the secret to eternal life, will amaze you with his exceptional acting! Not to forget, it is the best collaboration of two of Korea’s biggest stars, Gong Yoo and Park Bo Gum. The gem shines brighter with the actors’ top-notch acting and the austere yet noteworthy storyline that will make you question the moral ground of humanity and human greed. Also, a piece of advice, prepare a box of tissue. After all, Park Bo Gum, a specimen with no emotion who sees himself as nothing but a tool to satisfy human greed, will wrench your heart!

With the romance storyline, Park Bo Gum shows off his charming historical appearance in ‘Love in the Moonlight’! The drama follows crown prince Hyo Myung and an ordinary girl Hong Ra On. In order to protect herself and her family, Hong Ra On disguises herself as a man and gives dating counseling. Due to a love letter she wrote, she encounters crown prince Hyo Myung but doesn’t know his real identity. However, destiny plays its game bringing Hong Ra On as a eunuch to Hyo Myung.

Finally, a romantic comedy ride begins with crown prince Hyo Myung, who finds himself falling in love with his eunuch Ra On. Thus, ‘Love in the Moonlight’ will take you on a heart-fluttering historical romantic tale. After all, you will witness the beautiful chemistry between Park Bo Gum and Kim Yoo Jung! Thus, with a perfect blend of political, drama, and romance, ‘Love in the Moonlight’ has made it on the list of best Park Bo Gum dramas and movies to watch!

‘Hello Monster’ shows how versatile our rookie actor Park Bo Gum was! It is one of the must-watches and thus comes on the top Park Bo Gum dramas and movies. ‘Hello Monster’ kdrama is a psychological thriller mystery revolving around genius profiler Lee Hyun, his brother, and detective Cha Ji An. Years after, Lee Hyun returns to Korea, and while investigating, something from a case triggers his unforgotten memories.

Meanwhile, Cha Ji An has secretly been keeping track of Lee Hyun’s activities. She is fully aware that his father was murdered and his brother was disappeared under mysterious occurrences involving criminal Lee Joon Young. Here, Park Bo Gum as Lee Hyun’s brother, will leave you in goosebumps with his eerie and mysterious aura. The drama even has a Thai version. The highlight of ‘Hello Monster,’ the bromance of Seo In Guk and Park Bo Gum, will flutter your heart. If you want to see adorable and devilish Park Bo Gum, ‘Hello Monster’ is the perfect TV show to watch!

And here comes the legend kdrama ‘Reply 1988’ topping the best Park Bo Gum dramas and movies list! Reply 1988 is a sweet, heartwarming tale of five childhood friends who all live in the same Ssangmundong neighborhood of Seoul. Each of them has their own future plan, and thus, the journey begins with all friends sticking together during each other’s ups and downs.

Each character has their own background story. Here, Park Bo Gum as Choi Taek is a genius baduk player who dropped out of school to go professional. It is a trip down memory lane with the five mischievous characters to recreate your childhood friends’ memories. Also, the beautiful chemistry between Lee Hye Ri and Park Bo Gum and the bromance of Go Kyung Pyo, Ryu Joon Yeol, and Lee Dong Hwi are the bonus points! Thus to reminisce the innocent memories of our teenage days, ‘Reply 1988’ is the must-watch kdrama! 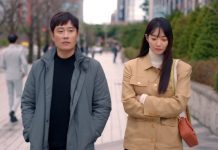