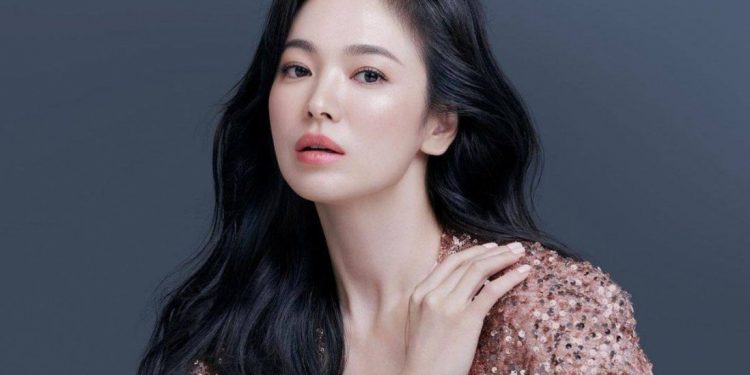 Korean dramas are our new jam, and 2021 has gifted us with some really special ones. Starting from Hospital Playlist Season 2 to Happiness, the list goes on. With time as well Korean actors have found major popularity in the world market. One of the most memorable names is Song Hye-Kyo. Her dramas have created a niche for themselves, and along with her acting capability, she has successfully created a space for herself.

Song Hye-Kyo got recognition through Autumn In My Heart, which brought her international fame and success. She is extremely famous for being in the internationally famous drama Descendants Of The Sun. Whenever we talk about kdramas, this has to be on the list. The drama was not only well known in Korea but also all over Asia. In early 2011, she was known to be one of Korea’s most beautiful women. This article focuses on the top 10 dramas of Song Hye -Kyo.

1. Now We Are Breaking Up

Now We Are Breaking Up is one of the top installments in the list of 2021 kdramas. The drama created quite a hype for itself. Song Hye-kyo is known for her role as Ha Young Eun in the drama. One of the most prominent personalities in the world of fashion, she has successfully made a name for herself. However, everything can’t be perfect, right? When it comes to her personal life, she comes out as rather cold, especially in her relationships. Nevertheless, this fact doesn’t bother her at all. Like every Korean drama, this drama also takes a turn with the entry of Yoon Jae Kook. He has all the qualities of a perfect gentleman. However, that’s not what captured Young Eun’s eyes. Something she cannot take her eyes off. The drama revolves around the different factors of love. The question is will it be happily everafter?

2. Descendants Of The Sun

Speaking about Song Hye-kyo, Descendants Of The Sun has been there. This drama is one of the reasons why many got introduced to the world of Korean dramas. Hye-kyo played the role of Kang Mo Yeon, a hospital trauma surgeon. Yoo Shin-jin was the Captain of the Korean special forces unit who fell in love with Mo Yeon. However, both of them are standing on the opposite poles, and one has to kill to save others while another one has to save lives irrespective of who they are.

Descendants Of The Sun focuses on the fact how war affects lives, and its repercussions and the fact that how much power love holds.

3. Autumn In My Heart

Eun-suh played by Song Hye-kyo is a girl who has lived a good life. Her lookalike Shin-ae was living in dire poverty. Their fates intertwined when they got to know that they were swapped at a very young age. After several years, the girls’ future has now changed, however, with a twist. Eun -suh’s brother got to know about her when he was introduced to his friend’s girlfriend. How will he react when he sees this?

The drama portrays the story of two very different people whose worlds can never collide with one another. However, what will happen if it does. Full House is a story of an influential man and an ordinary woman. How can they love each other when their interests, passion lies in such different directions. When love is based on just paperwork, how will that relationship be? The series showcases several genres like comedy, romance, drama and takes one on a whirlwind of an emotional ride.

The drama is based on two characters Cha So-Hyun and Kim Jin – Hyeok. Their fates made them meet in one of the most unexpected ways. Cha So-Hyun got married just for convenience, and that had unfavorable results. Her husband eventually got involved in an extramarital affair. At that time, divorce seemed a far better option than staying with him.

On the other hand, Kim Jin- Hyeok lived his regular life, but on one fateful day, he met Cha So-Hyun. Later he got to know that the hotel in which he applied for a job, she was the CEO of that place. How will their story turn up from here?

6. The World That They Live In

Song Hye-kyo played the role of a hardworking producer trying to prove her mettle. In an industry where male domination prevails, she had to go through the hard way. To top it all, her mentor makes sure that she faces every kind of challenge. However, with time their behaviors change. Will she be able to make it? In a world that gives so much stress on gender, will she be able to prove herself solely based on her talent?

7. That Winter, The Wind Blows

Song Hye-kyo played the role of Oh Young, a blind woman who has lost everything in her life. With a traumatizing childhood, she had nothing in life to hold on to. Meanwhile, she comes in contact with a conman named Oh Soo, who has a similar take towards life. After losing both of his parents and the love of his life, he became a gambler and womanizer. The drama takes us on a ride in which we will witness how these two people will change each other’s fate. Can they?

Being in the hotel industry, an ambitious and dedicated woman Jin Young has paved the way for herself. While working in the Seoul Hotel, her boyfriend left her and the hotel to go back to Las Vegas. What will happen to the hotel that is breaking down due to his absence? Will he come back? Meanwhile, a situation occurs when a manager from a rival team fell for Jin Young.

The drama revolves around Song Hye-kyo’s character Jung Da-so, who once raised her friend’s son as her own. Tae-woong’s uncle practically raises him, and both his and Da- so’s characters cross each other’s paths which forms the base of the storyline.

The 2003 drama received extremely high praises both from the audience as well as the critics. It revolves around a high school student who always helped his uncle cheating in gambling. However, with the turn in situations, a guy from a rich and him both fall in love with the same girl. How their life turn up after this forms the base storyline.