Top Lee Hye Ri K-Dramas That You Should Watch! 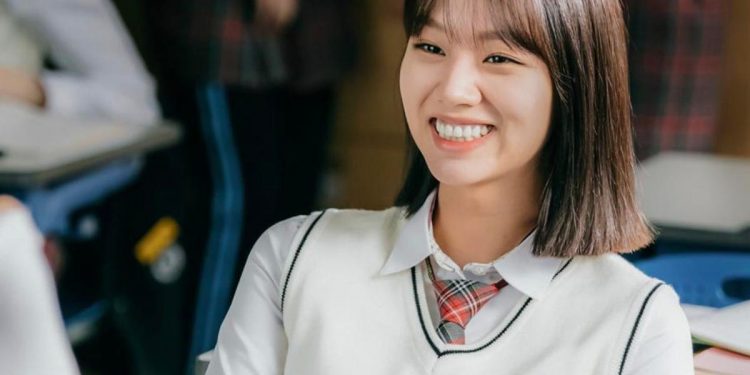 Lee Hye Ri is a South Korean actress who gained fame from being the youngest member of the girl group “Girl’s Day”. She was the youngest member of the band and was therefore named the “Nation’s Little Sister”. She later gained popularity as an actress after her lead role in the K-Drama Reply 1998. She quickly acquired a mass following and has been popular in the media since then, and is one of the highest-paid South Korean Models today. And here, we shall look at some Lee Hye Ri K-Dramas that you should watch. Lee Hye Ri was ranked third in the Forbes Korea Power Celebrity for the year 2016. Hyeri was cast when she was in Middle School by a talent show called “Dream T Entertainment”.

Lee Hye Ri has been a popular figure in public ever since her debut in 2010 as a member of “GIrl’s Day”. After her debut as an actress in 2012 when she played the role of the youngest in a family of four daughters on the show “Tasty Life”. She also gained a lot of publicity after she went viral for her aegyo in 2014. Before becoming a full-time actress, Hye Ri was a regular on the weekly show, “DoReMi Market”. Hye Ri has been nicknamed a “Blue Chip” by the public because of her ability to get along easily with her other coworkers and her outgoing personality. Here we will discuss some of Lee Hye Ri’s best Kdramas.

So, here are the top K-Dramas by Lee Hye Ri:

The first one of Lee Hye Ri’s Kdramas has to be the one that got her the most fame, obviously. She played the role of Sung Deok Sun, who was the only girl among a group of five childhood friends. She is very poor at her studies and ranks at the 999th position at her school. Things aren’t any better at home for her as she is the middle child of the family. Hye Ri does an exceptional job in playing this role and plays a bright and bubbly student. Hye Ri’s character doesn’t have a dream and loves her friends and classmates very much. She works alongside Park Bo Gum, Ryu Jun-Yeol, Go Kyung-Pyo, and Lee Dong-Hwi.

My Rommate is a Gumiho

It’s a 2021 Korean Drama starring Lee Hye Ri and Jang Ki-Yong as the main leads. The story is about a Nine-Tailed Fox that is 999 years old named Shin Woo Yeo. Hye Ri plays the role of a college student named Lee Dam, who accidentally swallows Shin-Woo Yeo’s beads. The bead is a chance for Shin Woo to turn into a human, and it can survive inside a human for not more than a year. Hye Ri plays a very carefree Lee Dam, who had never been in a relationship. But after having swallowed ShinWoo’s Bead, Lee Dam has to live with him in order to figure out what to do about the situation at hand.

Another one of Lee Hye Ri’s dramas of 2021, Moonshine, is set in the late Joseon period. Working alongside Yoo Seung Ho, Hyeri plays the role of Kang Ro-So. Ro-So is a poor daughter of a noble family and is her family’s breadwinner. Hyeri’s character does manual labor to pay off her family’s debts and realizes that it isn’t paying her enough to pay it off. So in an era where alcohol consumption was prohibited, Kang Ro-So started making alcohol in such a situation so as to make it easier for her to get rid of her debts faster.

In this show, Lee Hye Ri worked alongside Jo Jung Sook and Kim Seon Ho. This show from 2017 is not just a crime-fighting show but has a spiritual twist to it as well. A swindler’s soul is forced to use the body of a sworn follower of Justice. Lee Hye Ri plays the role of a detective who wants to clear her father’s name from the false accusations. Song Ji An is a very determined detective who’s strong-willed and will not rest till she finds out the end of the story. Hye Ri’s character finds herself in a love triangle with the two leads of the show.

Lee Hye Rin plays the role of Jeong Geu Rin, who is the older sister to Kang Min Hyuk’s character. The plot of the show follows Ji Sung’s character, who is the director of Top Entertainment Company. The conflict is between Shin Suk Ho (JI Sung) and Jeon No Min (Lee Joon Suk), who is the CEO of the same company. Suk Ho wants to create his own company, and No Min does everything he can to prevent that from happening. Hye Ri’s character is actually an orphan who was raised by Min Hyuk character’s family in place of his dead older brother. So Hye Ri is his adopted older sister. After the death of Min Hyuk’s parents, she promises to pay them back by taking care of their son.

Hye Ri’s character is one of the five girls who are members of a private investigation club at their school, Seonam Girls High School. Hye Ri works alongside Jin Ji Hee, Kang Min Ah, Lee Min Ji, Stephanie Lee, and Kim Min Jun in this KBC Drama. Hye Ri’s character wants to become an actress in the show and is the cute token friend of the group. Although the show didn’t get a high rating from jTBC, the show still remains one of the few shows to have depicted sexualities in a non-negative manner. The show portrays sexuality in teens, not once but twice. Apart from Jung Yeon Joo’s character having an abortion, the show has gained more attention from the lesbian kiss between Kim So Hye and Kang Sung Ah.

This 2015 Korean Drama starring Lee Hye Ri alongside Hyun Bin, Han Ji Min, Hyun Seung Min, and Sung Joon, is based on a Webtoon. Hyde, Jekyll, Me is a spinoff to the Webtoon “Dr. Jekyll is Mr. Hyde” with a romantic spin to the original plot of it. Lee Hye Ri’s character, Min Woo Jung, is a cheerleader in the show. She plays the second female lead who has a crush on Hyun Bin’s character. After Hyun Bin’s character’s return after five years, she gets suspicious of the relationship between him and Han Ji Min’s character and gets a job where they work to keep an eye on them. The plot of the show revolves around Hyun Bin’s split personality as Hyde and Jekyll, making this Hye Ri’s second K-drama with the same trope.

Lee Sun Sim, Hye Ri’s character in this 2019 Korean Drama, is an ordinary employee working at an  Electronics store. The plot follows her being someone who runs small errands and being a clerk at Cheongil Electronics, to being the CEO of the same company. Hye Ri plays a bright and bubbly Miss Lee who has become the head of a company that is close to bankruptcy and is responsible for stopping that from happening. Hye Ri works alongside Kim Sang Kyung to stop the company’s downfall.

Along the way, she changes his character from being a rude and stuck-up head of the department who doesn’t view his employees as people to a considerate head. Hye Ri’s optimistic personality changes not only Sang Kyun’s character but also helps her be a one-of-a-kind leader to guide the company back up.

Also known as Delicious Life, this 2012 Korean Drama stars Lee Hye Ri along with Im Chae Moo, Yoon Jung Hee, Ryu Hyun Kyung, and Yoo Da. The plot follows Chae Moon’s character from being a police detective to a restaurant owner. Hye Ri plays the role of one of his four daughters in the show, Jang Mi Hyun. But his past as a police officer catches up to him and his family as the culprits who he had worked against has now come into his daughter’s life.

Apart from all these Dramas, Hye Ri has been a regular face on daily live television. She’s made several guests appearances in Kdramas like in Record of Youth and Be Arrogant. Hye Ri is a very talented actress who only has more fortune in her future.

Anime To Look Out For In January 2022 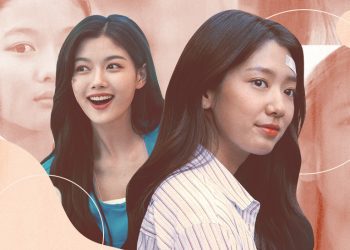 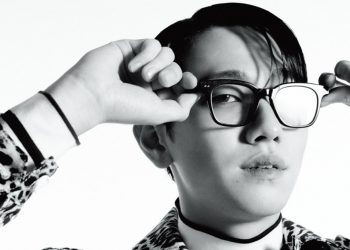