World's End Harem is an uncensored anime series which is going to continue after the release of episode 1. 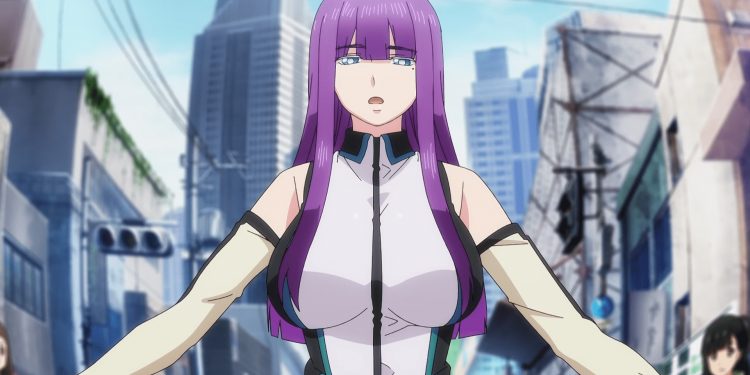 World’s End Harem is an adaptation of the same name manga series. And, are you guys looking for Shuumatsu no Harem episode 2 release date? Yeah, right? We have a piece of good news for you about World’s End Harem, but you will get that news if you read the full article, so do not forget to read the full article. Shuumatsu no Harem is originally a manga series that is picturized by Kotaro Shono. And four years ago, this manga series began a serialization, two times in a week. And after completing four years, they announced the anime adaptation with the same name on May 12, 2020. The first episode of the World’s End Harem was aired on October 8, 2021.

Shuumatsu no Harem is a story, revolves around Reito Mizuhara, who was once a student of NAMS. During his time in school, He confesses to Elisa Tachibana that he likes her and he does not want her to like him. Because he was suffering from Cellular Sclerosis and he would go on a Cryosleep for around 5 years. World’s End Harem is one of the popular manga series, and the total volume of this manga series is 12. So, we can expect at least one season of anime series, Shuumatsu no Harem.

After the premiere of episode 1 of World’s End Harem on October 8, 2021. There was an announcement from the makers of the Shuumatsu no Harem anime series that episode 1 was a kind of opening episode of season 1 and they are going to continue the series with the release of episode 2. Shuumatsu no Harem Episode 2 is expected to be in Jan 2022. But there was no exact date declaration. So there are high chances that we can get episode 2 from them on any day of January. Do you want to know about good news, then please continue the article.

Also Read: Aesthetica of a Rogue Hero Season 2: Is it Happening?

What happened in episode 1?

Reito Mizuhara is shown with his childhood friend Elisha Tachibana as a final year student of National Advanced Medical School. In this scene, he confesses his love for Elisa and told her about his disease. Reito was already planning to take Cryosleep for curing his disease so that he could live a normal life with his family. The timeline is set for the future 2040.

But after 5 years of completing his successful treatment, he has seen that there are only women around him, and he is the only man who is still alive in this world. All the men are vanished after when Reito was in a Cryosleep. Now, he was thinking that how he is the only man who is still alive. Mira Suou who is seen as his personal secretary. And she looks exactly like Elisa Tachibana because she is a clone of Elisa. Mira told Reito that he is one of the successful 5 individuals in the world who can not be affected by the MK virus.

The full form of MK Virus is Man-Killer Virus, and as this name indicates, this virus is only affected on men. And this virus is the only reason behind the destruction of male dominance. Mira asked Suou to mate with other girls so that they can save this world, but he does not want to mate with any girl. If he has to do this for the sake of the world, then he will do this only with Elisa. But the problem is she is nowhere seen after the MK Virus incident. Now, Reito wants to find her.

What to expect from episode 2?

After hearing from Mira about Elisa, Reito is planning to find her as soon as possible. And he is also thinking about getting some details about other family members of his family. Mira will help him to find Elisa Tachibana so that Reito can mate with her and give another survivor against MK Virus. Because according to their research, any newborn baby will survive easily against MK Virus. So, Reito and Mira will help each other to achieve their goal.

Where you can watch Episode 1 of World’s End Harem?

After hearing about the release date of episode 2. You can watch the first episode of Shuumatsu no Harem by using the online streaming platform and if you also looking for a streaming platform then you can try these platforms: Hulu, FUNimation, Muse Asia, Crunchyroll.