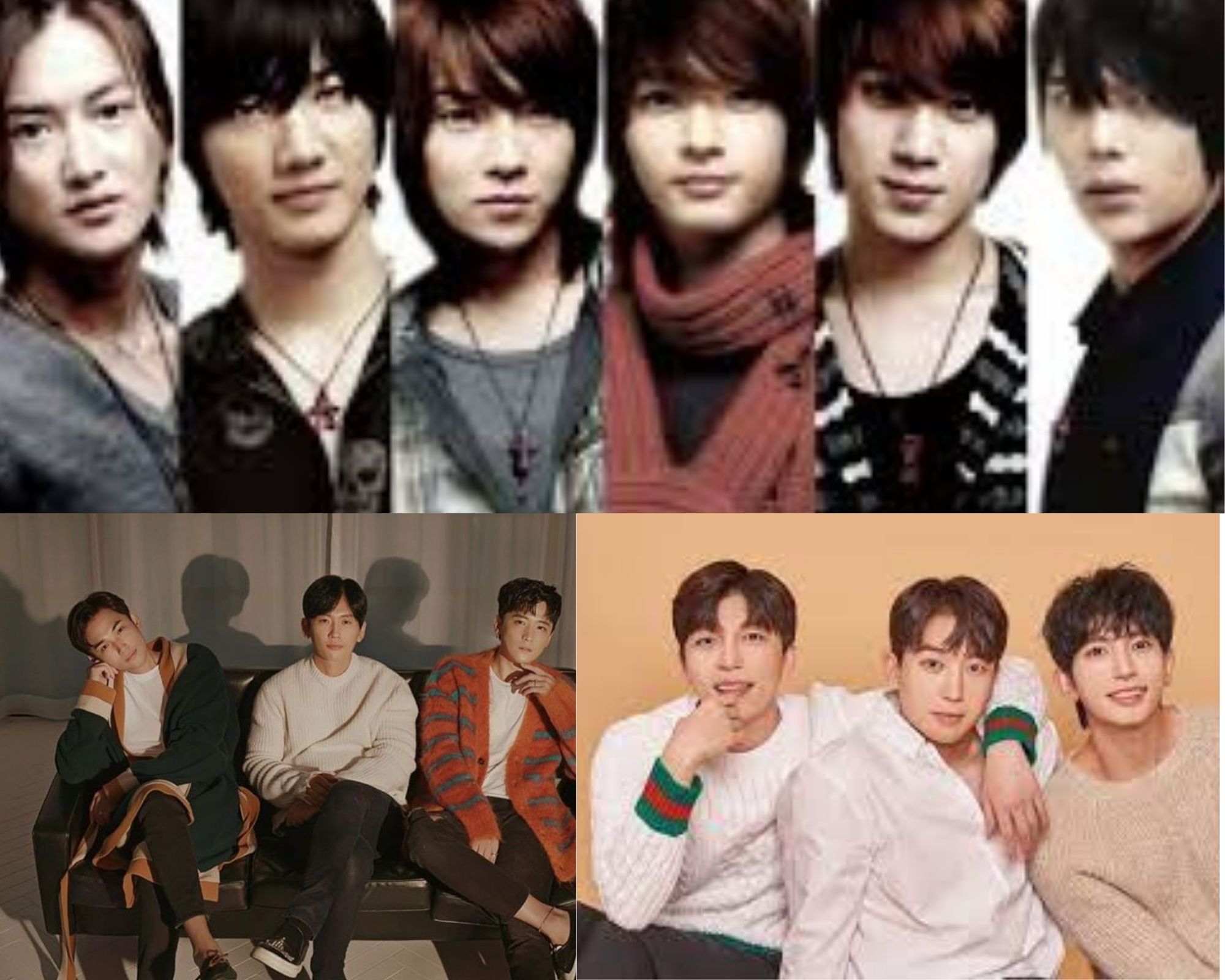 While the 2nd-gen of k-pop was a dark time for the k-pop girl groups, for the 2nd-gen k-pop boy groups, it was like heaven. As the boy k-pop groups were already taking over the 1st-gen of k-pop. The fans eagerly waited for more music from the idols. But when the time for their disbanding came, they weren’t prepared. Or were at least hoping for more k-pop idols to come forward. As the first-generation idols announced their disbanding during the early 2000s, the genre of music also saw a big change. Fans were shifting more towards ballads and R&Bs.

As the 2nd generation of k-pop started, k-pop groups like BigBang, Super Junior, 2 AM, 2 PM, F.T. Island, and TVXQ took over the Hallyu wave by storm. These k-pop idols went on to change the way of k-pop by introducing a lot of new concepts. Coming back to the present, we still drool over the popular k-pop boy groups from the second generation. There are some 2nd-Gen K-pop Boy Groups about whom we never got to know, even when they were topping the charts and touring the world.

So Here Are Some Underrated 2nd-Gen K-pop Boy Groups And Where Are They Now!

The six-member boy group U-KISS is one underrated 2nd-gen k-pop boy group in the k-pop scene. Being one of the most successful k-pop groups that are still active, U-KISS still remains heavily unknown among the k-pop fans. “Ubiquitous Korean International Idol Super Star,” aka U-KISS, consisted of members Kibum, Kevin, Soohyun, Hoon, Kiseop, and Jun. While Soohyun, Hoon, Kiseop, and Jun made it to the group from the auditions, Kibum and Kevin were a part of the former boy group XING. The boys went on to make their debut in 2008 but only got recognition with their breakthrough comeback, “Man Man Ha Ni” in 2009. 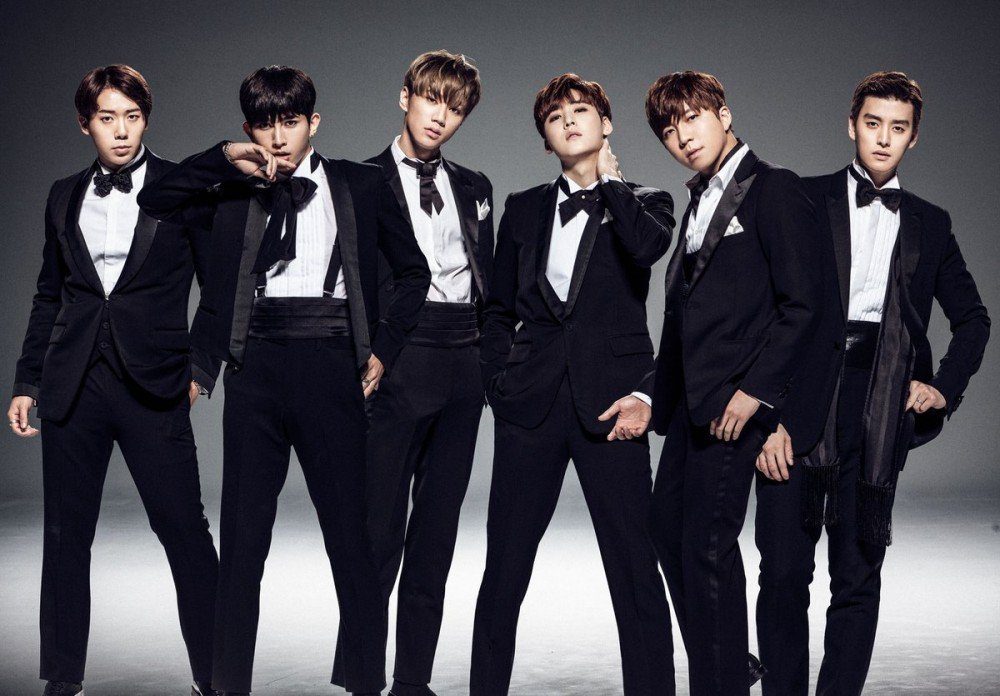 Throughout the time, U-KISS went on to release various singles, three full-length albums, twelve mini-albums/EPs, and one special mini-album. They’ve also earned six entries on Billboard’s World Albums chart. Along with having 9 songs on the K-pop Hot 100 chart. They also had their own variety shows like All About U-KISS, UKISS Vampire, and Chef Kiss. In 2010, the seventh member Kiseop joined the group. While in 2011, Soohyun was appointed as the leader of the group. Together for over a decade, the guys of U-KISS have gone through a lot of ups and downs and line-up changes. As of 2022, U-KISS is a three-member group consisting of Soohyun, Hoon and Kiseop signed with Tango media.

Songs You Need To Listen To: One Shot One Kill, Stalker, Glory For You, Run A Away, Eyes On Me

Mnet Media’s boy group “Supernova” made its debut in 2006. Before Supernova became a six-member group, it used to be a five-member group called GM5, consisting of Park Geonil, Kim Sung Je, Kim Gwangsu, Song Jihyuk, and Han Ji Hoo. With Ji Hoo leaving and new members Jinchu and Jung Yunhak joining in, GM5 became “Supernova”. The boys went on to make their debut with the album “The Beautiful Stardust” on September 25, 2007. Throughout their time, Supernova has released a total of ten studio albums, one live album, six compilation albums, one extended play, and thirty-three singles. Between 2016 to 2018, the boys went on to complete their military services. And later on, announced that they’ll be parting ways with Maroo Entertainment. In between, they also focused on their solo careers Yunhak released three solo albums. While Sungmo came out with his Japanese singles. By the end of 2018, it was announced that Yoon Sungmo, who left the boy group earlier, won’t be coming back. As of 2019, Supernova is active as a five-member boy group consisting of Spica Yunhak, Sirius Sungje, Becrux Kwangsoo, Acrux Jihyuk, and Canopus Geonil.

Songs You Need To Listen To: Meki Love, She’s Gone, Stupid Love, All About You, Goodbye

The collaboration of Fly to the Sky’s Hwanhee and H2 Media, “Myname,” is a five-member boy group consisting of Gunwoo, Insoo, Seyong, Jun.Q, and Chaejin. One of the most underrated 2nd-gen k-pop boy groups, “Myname,” made its debut on October 27, 2011, with their digital single titled Message. Hwanhee himself took the members’ custody and went on to train them for two years before their debut. Since its debut, Myname has released six studio albums, one compilation album, two mini-albums, four single albums, 19 singles, and two video albums in both Korean and Japanese languages. Throughout their early career, the boys got popular in South Korea and Japan, thanks to their hit singles and entertaining variety shows. With a rise in their popularity, in 2016, Myname also went on for European tour under Arpeggios Entertainment. Countries like Germany, Sweden, Poland, Romania, Spain, Portugal, the United Kingdom, and France were a part of their tour.

Coming back to South Korea, Myname went on to release their fifth album in 2017. And with that, the group started getting busy with themselves. While Insoo headed for his military enlistment, Gunwoo, Seyong, Jun.Q, and Chejin went on to participate in The Unit. In 2019, Myname didn’t renew its contracts with HQ Media, but the group didn’t disband either.

Songs You Need To Listen To: Baby I’m Sorry, too very soo much

Making their debut under Starship Entertainment in 2011, “Boyfriend” is a six-member boy group. The group consists of Kim Dong Hyun, Shim Hyun Seong, Lee Jeong Min, Jo Young Min, Jo Kwang Min and No Min Moo. ‘Boyfriend’ is also the only k-pop group to ever have twin brothers in a group. The twins Youngmin and Kwangmin used to be JYP Entertainment trainees and were active as child actors. Throughout Boyfriend’s time together, the boy group went on to release four studio albums, seven extended plays, two compilation albums, and twenty-four singles. Most of the Boyfriend’s comeback made it to the top ranks on music charts. With their rising popularity all over the world, in 2015, the boy group also went on a world tour. The tour included countries like Taiwan, Brazil, Argentina, Bolivia, Mexico, Finland, Russia, and France. After celebrating their seventh anniversary in 2018, Boyfriend went on to announce their disbanding on May 17, 2019. To celebrate their 10th anniversary, the boys of Boyfriend got together in 2021 and even released the digital single “Ending Credit”. In December 2021, the boy group made a comeback under the new name “BF”.

Songs You Need To Listen To: Witch, Obsession, Bounce

Also Read:Who Is Jamie Dating? All About Relationship History of the Kpop Idol Underrated 2nd-Gen K-pop Boy Groups You Need To Know About: Voice of Seoul.

“Voice of Seoul,” aka V.O.S, made its debut in 2004 as a trio. Consisting of members Choi Hyun Joon, Kim Kyung Rok, and Park Ji Heon, the trio has given us some R&B hits. V.O.S remains one of the most underrated 2nd-gen k-pop boy groups. Together, the trio has released a total of three studio albums, one compilation album, and five extended plays. In 2010, Park Ji Heon announced his exit from the group, but as V.O.S went on to sign the contract with Happy Face Entertainment, the former member announced that he’ll be coming back to the trio.

Songs You Need To Listen To: Like Crazy, Everyday Everyday, Let Us Break Up, Someday