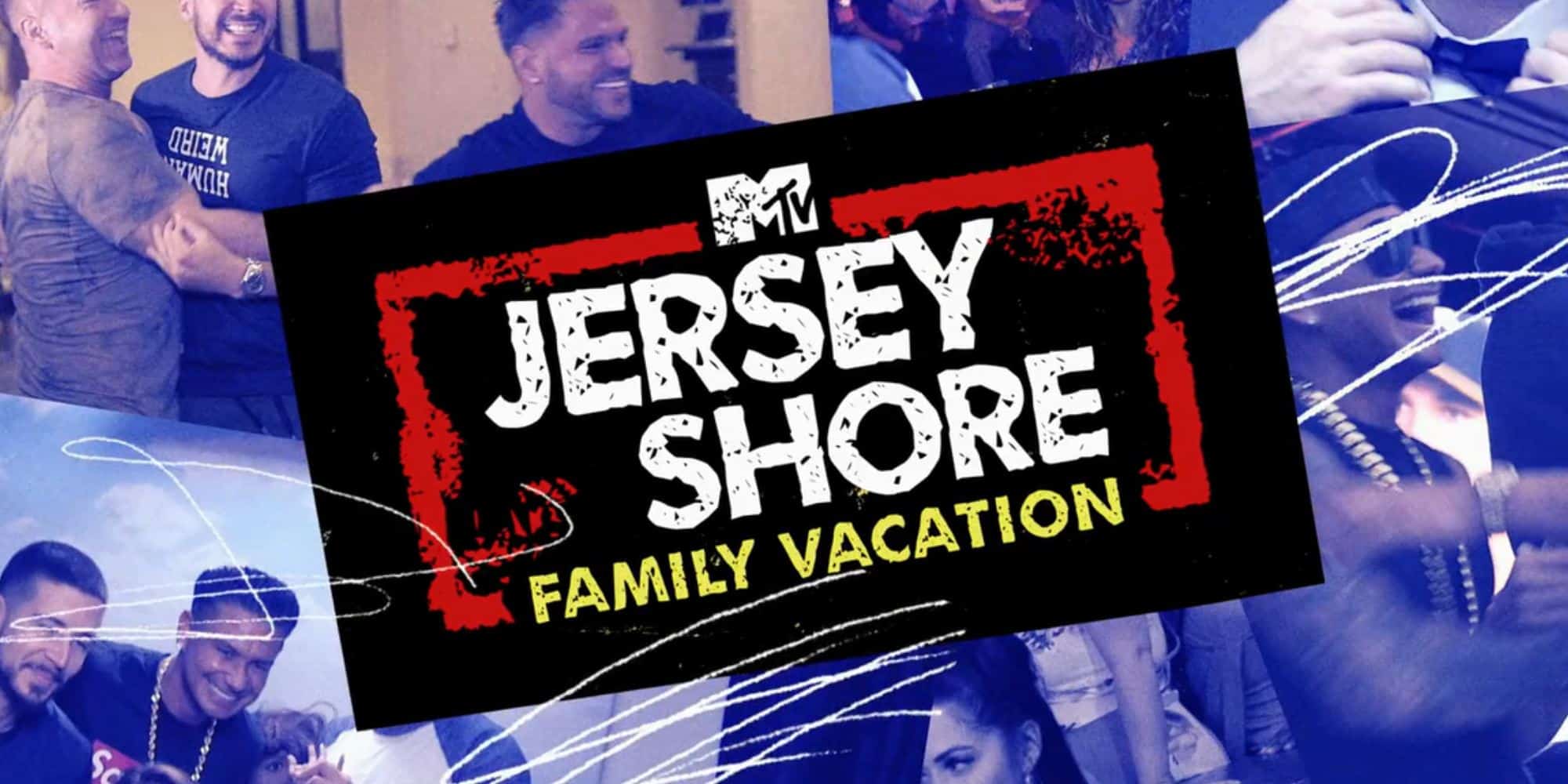 MTV’s award-winning reality series, Jersey Shore Family Vacation, will be returning with a new season this week. The show’s last season was a rollercoaster ride, where Angelina went for a divorce, Pauly returned as a DJ, and Deena, along with Lauren was expecting. The show also featured a spark between Vinny and Angelina, where rumors of them being in a relationship were the talk of the town.

Jersey Shore Family Vacation was launched as a revival show of the original, which would document the lives of the roommates after all these years. The original show, Jersey Shore, ran on television from 2009-2012. It revolved around the loves and lives of Pauly D, Ronnie, Nicole, Michael, Jenni, Deena, Vinny, and Angelina.

It was announced to be in the making back in November of 2017 and finally premiered on television in 180 countries on April 5th, 2018. The first season filmed the cast members going on a trip to Miami, which ended up attracting both old and new fans of the show. The popularity of this series led it to have many more adaptations over the years.

The latest season is said to be filmed in various locations that the show hasn’t focused on much. It will be quite different from the previous seasons as this time, the crew of Jersey Shore will be going on an entertaining road trip that’s bound to be filled with spice and drama. 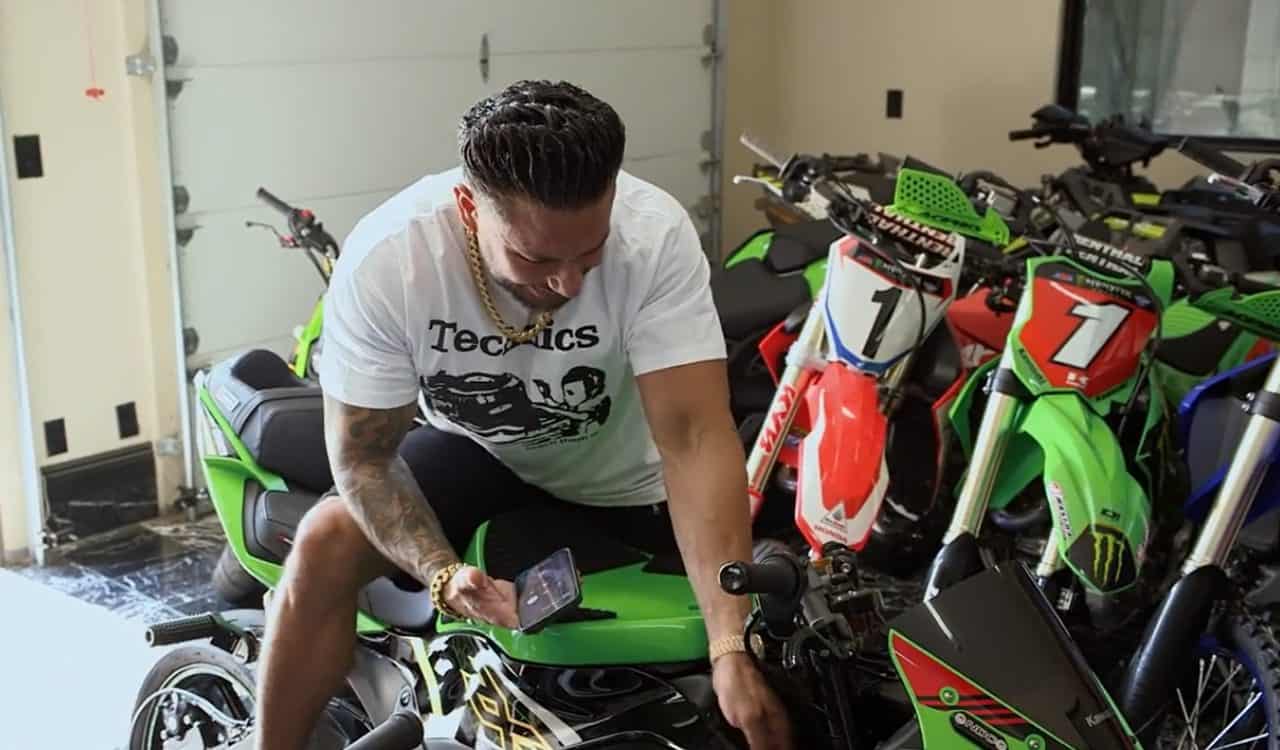 Most of the Jersey Shore will be returning this season, making it much more exciting to watch. The members of season 6 are Pauly D, Nicole, Michael, Jenni, Vinny, Deena, and Angelina. Ronnie will not be present on the show this season, and won’t even appear as a guest as was seen in season 5.

Paul Michael DelVecchio is a popular DJ who even has a spin-off to his name. Born in Rhode Island, Delvecchio claims he is of pure Italian origins. He is mostly seen starring in reality TV shows, of which few include The Pauly D Project, Famously Single, Revenge Prank, and Game Of Clones. Up until now, Paul has released three singles.

The most popular of the bunch, Nicole LaValle, also known as Snooki, has been a part of many talk shows and reality TV series. She was born in Chile but was adopted when she was a few months older. Snooki studied to be a Veterinary Technician, but got into the world of reality shows and married Jionni LaValle soon afterward. She now has three children with him, named Lorenzo, Giovanna, and Angelo LaValle. 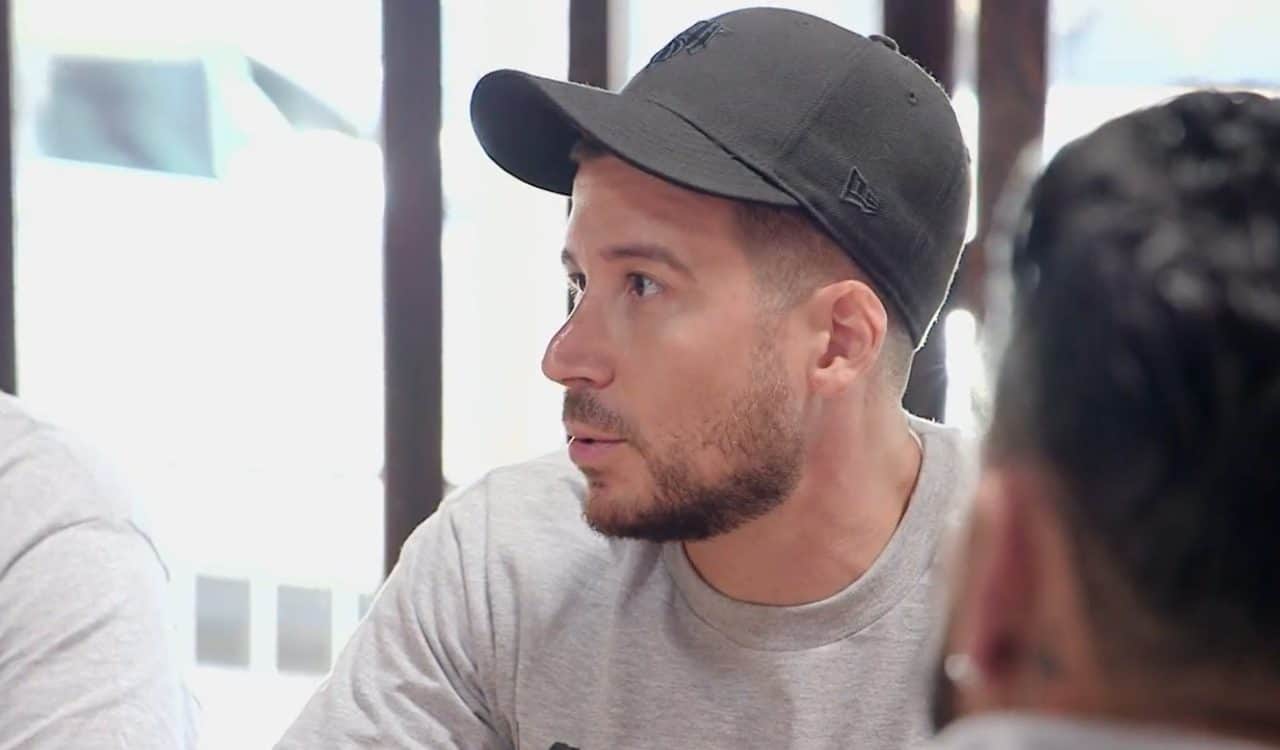 Michael Paul Sorrentino is another cast member who has been on Jersey Shore since its beginning. Born in NYC, Michael has an associate degree from Brookdale Community College. He gained popularity through Jersey Shore and has been a part of other shows such as The Jay Leno Show, Nonan, and The Ellen DeGeneres Show, and has also been a contestant on Dancing With The Stars. He’s called The Situation as he was once responsible for causing a quarrel between a couple.

JWoww, whose real name’s Jennifer Lynn Farley, is another prominent character on the show. Along with Snooki, she has appeared on the show Snooki & JWoww. Jennifer was born in NYC as well and started working at a young age. She used to have a graphic design company but now mostly stars in a variety of shows. Farley has been the winner of Worse Cooks In America. At present, she is engaged to Zack Carpinello.

The two most entertaining cast members are Vinny and Angelina. Vincent Guadagnino is of Italian origin and was born in NYC. He has appeared on shows like 90210, Double Shot at Love, and The Masked Singer. Most recently, he was seen in Dancing with the Stars alongside Koko Iwasaki. Angelina Pivarnick, who has appeared in the original Jersey Shore and Couples Therapy is a NY-born TV personality. She married Chris in November 2019 but divorced in 2022. 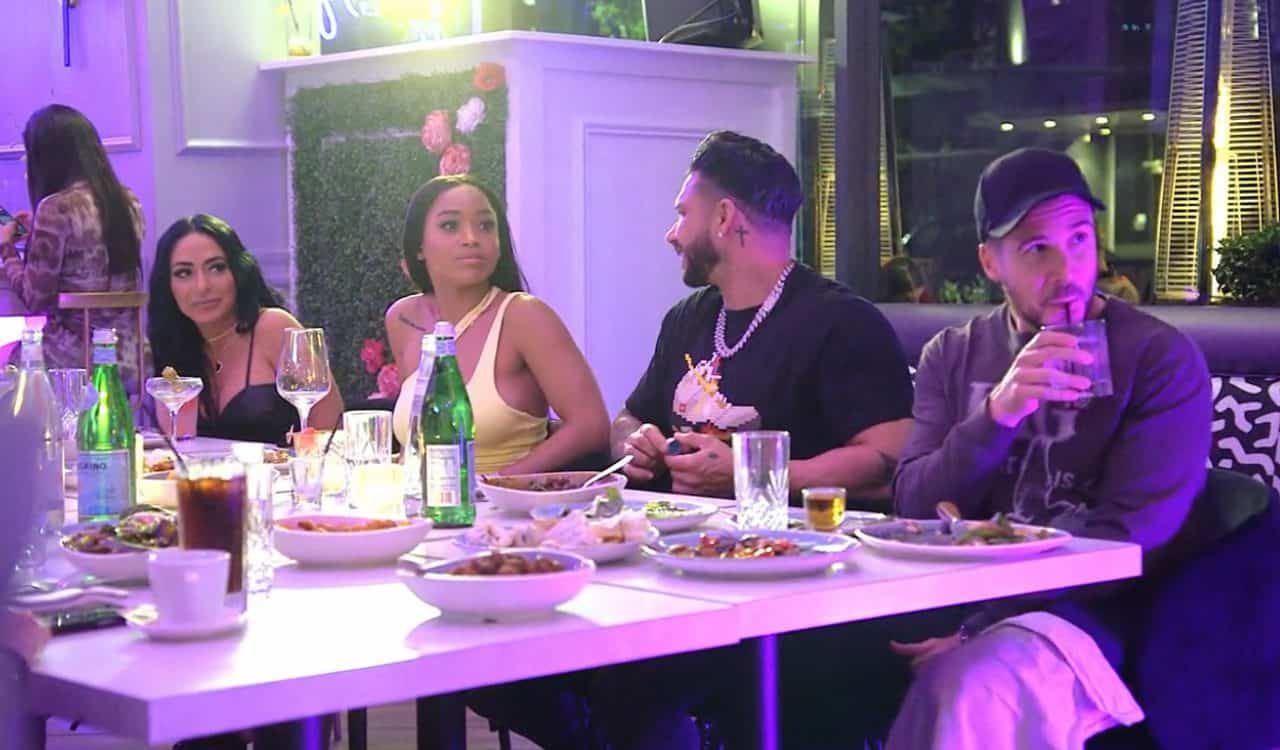 At The Dinner (Credits: MTV)

The final member returning this season is Deena Nicole Cortese, who was born and brought up in New Jersey. Brought in when Angelina left the show, Deena is now considered one of the main members of Jersey Shore.

The previous season of Jersey Shore began airing on January 6th, 2022. It featured Deena’s pregnancy and her preparations for the delivery. Pauly gets to go back on stage after a long time as he gets the job of a DJ. While things are going great for these members, Angelina contemplates divorce.

Lauren finally delivers the baby, but he has to be kept in the NICU for some days. Vinny takes a step forward in his real estate career, but his day’s ruined when Angelina accuses him of having a secret child at dinner. Deena, Jenni, and Angelina’s head over to Los Angeles for a trip. When the family goes sightseeing during their Lost Angeles holiday, Vinny and Angelina end up arguing, but the other members accuse them of flirting with each other.

Mike and Lauren baptize and reveal the godfather for their child while the others head over to a supposed animal psychic who claims to accurately predict whatever your pet might be feeling.

At The Dinner (Credits: MTV)

Angelina is careful around Chris after a warning from the psychic and can’t help but ask Chris to see a therapist as well. With Mike and Lauren’s anniversary coming up, the couple decides to spend it at the seashore. The crew later heads over to celebrate, but their plans are ruined when a storm shows up.  After talking to an intimacy expert, the cast members are surprised by Paul and Mike’s gift.

The group also goes through a lie detector test session, where many of the lies of each member are revealed. Since her married life is ending soon, Angelina travels overseas to Mexico along with someone whose identity isn’t revealed. Mike and Lauren are happy about the new addition to the family but receive sad news about Mosey, the family dog.

Mike can’t stop gossiping, and the crew starts to listen to him lesser. While the others are busy in El Paso, Angelina is busy complying with her rhinoplasty rules. Later, she advises those looking for it in the Church. She calls out Michael for the way he chose to do things, but Vinny and Pauly are busy partying in Las Vegas.

In episode 20, the members head over to the launch of a skincare brand by Lauren. After traveling to Las Vegas, the next stop is San Diego for Jersey Shore’s cast. Pauly D organizes a pool party for the group, but when Angelina and Jenni end up having a fight, the party is overshadowed. After the pool party, the members all come together to throw a belated birthday bash for Vinny. 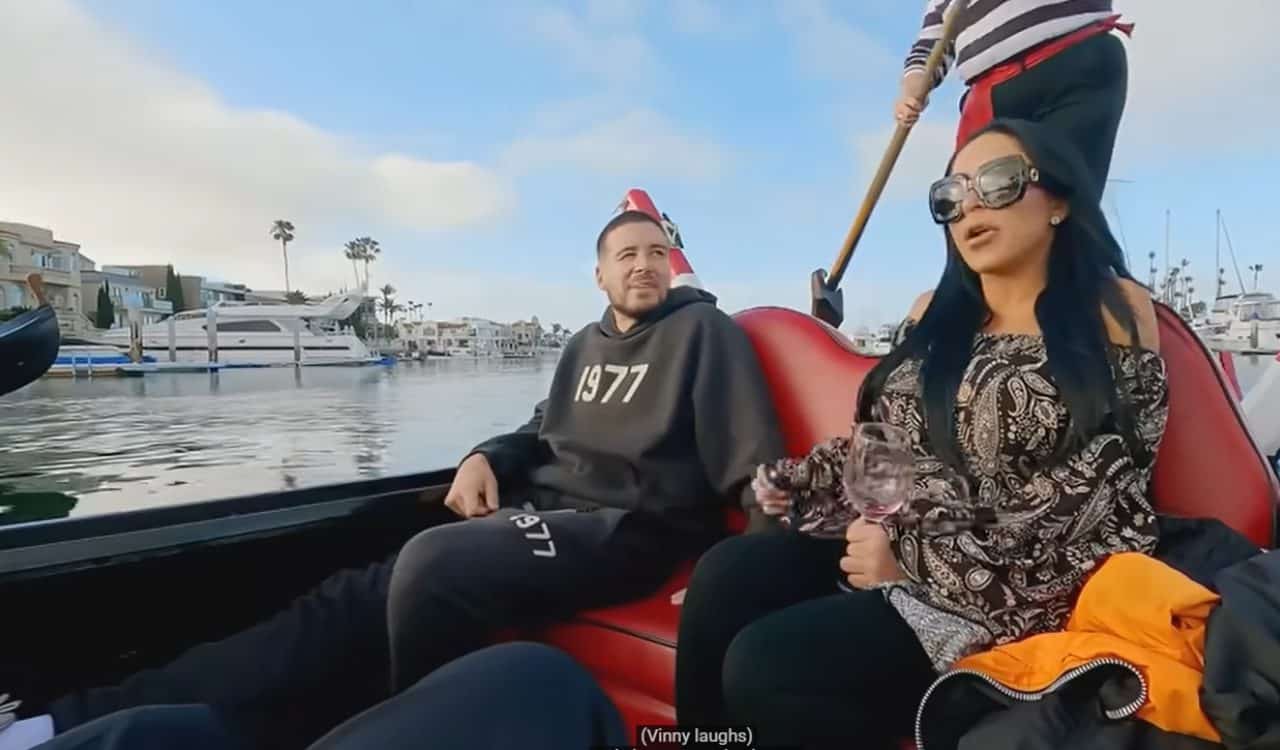 Vinny and Angelina are put in a Gondola (Credits: MTV)

With Easter coming up, Snooki plans a special surprise for everyone. The members also go for wine tasting and a boardwalk trip. Snooki meets up with the man who’s the alter ego version of herself, and she later organizes a big birthday party for her birthday. Everyone thinks Vinny and Angelina might have a thing. They came up with plants for Gondola rides that could help them be closer.

Deena takes time out to have special time with her family while others play games with “Wild N Out” members. The season ends with a reunion special, where Jersey Shore’s residents have a chat and answer questions.

The show is expected to have around 30-31 episodes, based on the format of the previous seasons. The release dates of the first half of the episodes will be:

Also Read: Who Is Pauly D Dating? All About The Jersey Shore Star’s Love Interest