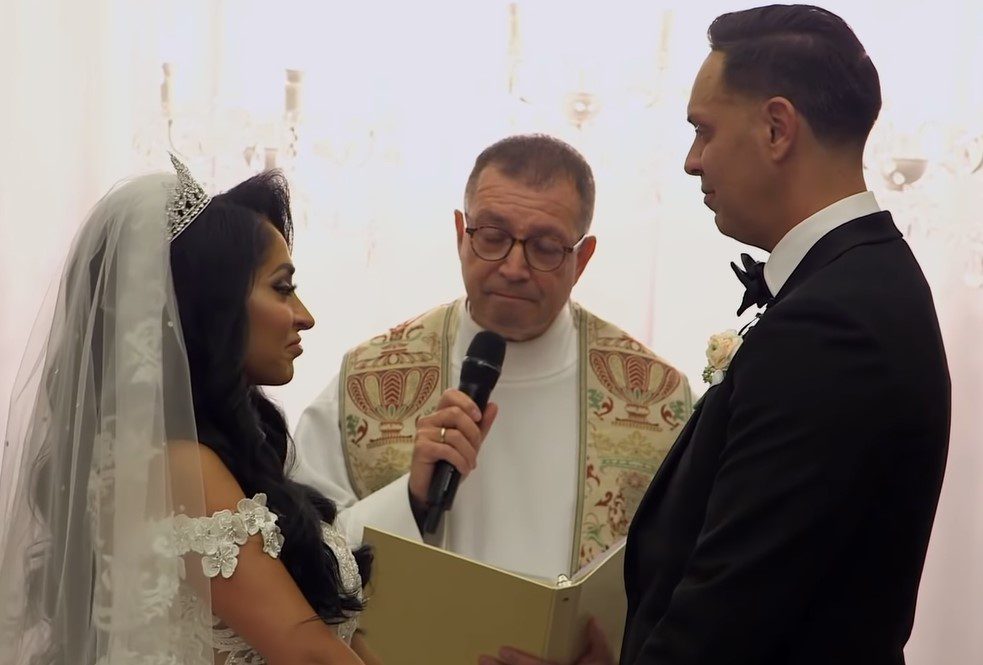 Snippet from Angelina and Chris's wedding

After the recent events, most Jersey shore fans will have a question, “Are Angelina and Chris still together?” The couple began dating back in 2016. Before going out romantically, the couple knew each other for more than a decade. is fairly evident from what Angelina said to People in 2018. She told People that she had known Chris for 14 years. The reason he never hit on her was that she always had a boyfriend. The brunette beauty also added that they both worked in the mall when they were younger. Chris said that he used to see her walk past with a different boyfriend every week. Interesting, right!

Angelina also revealed that they both reconnected years later at a party where she was invited by her about to be boyfriend, Chris. The couple went public when Chris posted a picture on Instagram in September 2017. It was a picture of them kissing with the caption, “#mine😍.” After going out for more than two years, the couple finally got engaged in 2018. “We always liked each other,” told Angelina to the US magazine. She also added, “But I believe God brought us together at the right time.” For most people, timing’s a b***h. Fortunately, in the case of Angelina and Chris, it was not.

Also Read: Jersey Shore’s Angelina Pivarnick – Who Is She?

Angelina and Chris wedding and the drama that unfolded

Next year, in November 2019, they tied the knot in a fancy manner. Park Château Estate and Gardens in East Brunswick, New Jersey is the venue where their wedding took place. Pauly D, Vinny Guadagnino, Mike “The Situation” Sorrentino, and Ronnie Ortiz-Magro, all attended the wedding.

The wedding was full of drama. During the wedding reception, Nicole “Snooki” Polizzi, Jenni “JWoww” Farley, and Deena Cortese made a speech that did not go over well with Angelina. They made several jokes, which included calling the bride “the dump to their island.” Angelina stormed out of her own wedding reception. She was upset and angry over the comments made by her bridesmaids. The girls were booed by everyone at the wedding for making such comments about the bride. Angelina explained about the whole affair after the episode of Jersey Shore: Family Vacation aired.

Following all the drama at her wedding, Angelina thanked her husband, Chris, for always being her support in the hard times. She posted a picture on Instagram saying that happiness is the key in any marriage and partnership. She also thanked Chris for loving her for what she is and never letting anything affect him. Adorable, isn’t it!

On their first wedding anniversary, Chris took to Instagram and shared his love for his wife. He posted an adorable picture where Angelina was kissing him in November 2020. The caption of this picture congratulated Angelina on their one-year anniversary. He said that through all the ups and downs in life, the one constant is their love for each other. Furthermore, he praised her about their wedding day, saying that one year ago she made the most beautiful bride on their special day. He said that she makes the most beautiful wife a husband can ever ask for. Finally, he ended the caption by saying that he would love her forever. 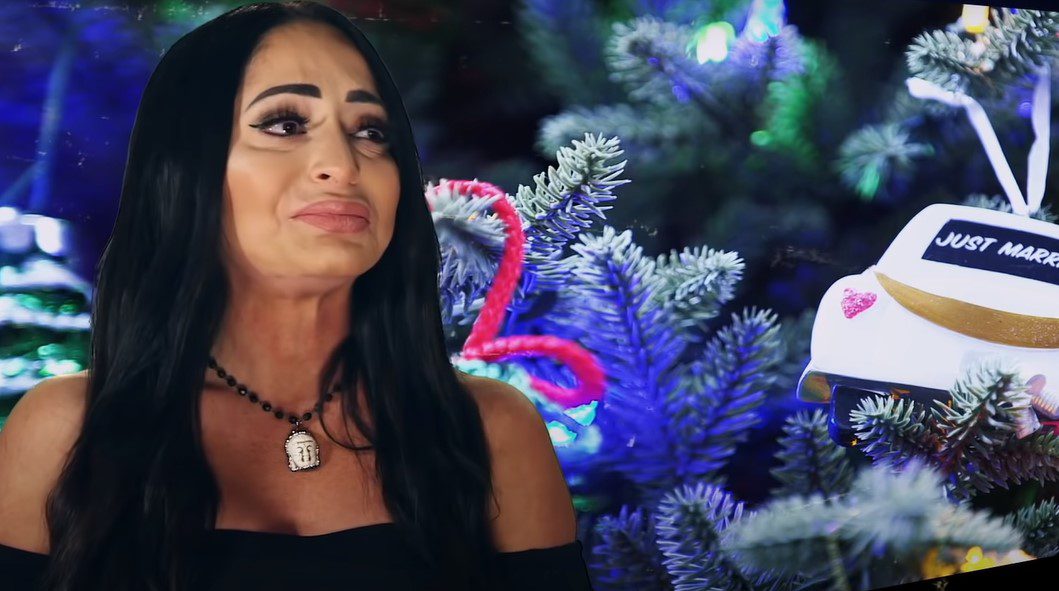 Angelina crying after opening up about her marriage

Are Angelina and Chris still together?

Yes, Angelina and Chris are still together. During a June 2021 episode of Jersey Shore, Angelina confessed that her husband had moved out after a fight. She confessed that she previously also had to hire a lawyer following several fights between them. It was later confirmed in July that the couple had filed for divorce in January 2021. Angelina had secretly filed for divorce from Chris in January 2021 after almost a year of their marriage. The initial divorce was dismissed because neither of them followed up.

It is clear that their marriage was in a difficult place. Initial speculation of their split began when it was noticed that Chris and Angelina had unfollowed each other on Instagram. It is speculated that the couple has considered dropping their divorce. Recently, sources close to the couple have revealed that they are doing better than ever after dropping their divorce.

Also Read: Are Bramty And Luis Still Together, Who Are They Dating In 2021?