"Living creatures are wondrous things, you see. Bojji uses that wondrousness to knock his opponent out." 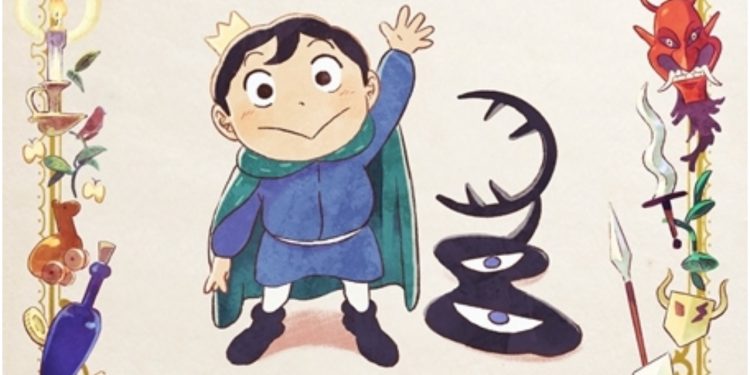 Ousama Ranking is yet to rank higher and higher. With every passing episode, it gets really interesting to know how Bojji will come out strong and be a king. But is he even strong? He might be the son of giants, but his physical abilities are no joke. Bojji is actually way too weak. Contrastingly, his father, King Bosse, is actually ranked No.1 in the Ranking of Kings. Apart from the king, there are other characters who rank lower than King Bosse but higher than Bojji. In this article, we will explore who are the by-far strongest characters in Ousama Ranking. And if Bojji can be ranked as one of the strongest as well.

Ousama Ranking is a Japanese web manga series written and illustrated by Tōka Sōsuke. The manga series has been serialized online on the Manga Hack website since May 2017 and has been adapted into an anime, by WIT studio, in the fall of 2021. The manga is still in the ongoing status, consisting of 11 volumes so far.

Bojji, the protagonist, is the first prince of the kingdom. He is unable to hear and speak. He also lacks physical strength. He is even unable to pick up a wooden sword! Bojji dreams of becoming a king. He has to compete with his younger brother, Daida, who is also next in line for the throne. Bojji met Kage, who is the only one who can understand Bojji.

Bojji sets off on a journey with Domas and Hokuro. With several twists and turns, Bojji and Kage finally meet Despa. He is the one who is to make Bojji strong. And so did he!

So, here are the Strongest Characters of Ousama Ranking:

Domas is the swordmaster of Prince Bojji. He was personally chosen by King Bosse. He is proud of his sword techniques and wants to pass them down to any of his students.

He is an expressionless man. His sword art is pretty strong. He was the trainer of Prince Daida, and cared for him. Two-necked large snakes owe him their life. Bebin once saved them. When Apeas injured Bebin, the two-headed snake pulled him underground and healed him.

He serves King Bosse as well. Apeas is actually very loyal to King Bosse. He was weak and easily got scared when he first started. When Bebin tried to kill Apeas, he defeated Bebin without getting any scratch himself.

Miranja’s soul is inside a mirror. Her body has been crystallized underground to preserve her body from decomposing. Guess she will have a comeback? Anyways, Miranja is actually strong. She was the one to train Apeas and make him strong. She also devises a plan with Prince Daida, for he wanted to become king himself. She was able to bring King Bosse back, after all. She is also able to use hypnotization.

He is Queen Hiling’s bodyguard. He was also the spear of King Bosse. Dorshe is kind of hulky but is actually kind-natured. Dorshe is strong enough to defeat three monstrous animals. He protected Queen Hiling, even when he was wounded severely.

Being huge and with all that bulky muscles, one could tell that King Bosse is a giant. He was and still is strong. He once went to a demon, for he wanted more power. He made a deal with the demon, and in exchange, he sacrificed his first son’s physical strength. In the anime Ranking of Kings or Ousama Ranking, he has been marked as No.7!

He is the king of the underworld. He ranks at No. 2 as one of the Strongest Characters in Ousama Ranking. King Desha has a younger brother, Despa, whose physical strength is not top-notch. Under King Desha serves the Order of the Underground- they are powerful enough to bring down a whole country and are more tenacious than anyone.

How can we forget our protagonist? Bojji was actually weak. But he only lacked his physical abilities. He is the son of giants, after all. He has to have some kind or any kind of power in himself. Despa was able to bring out that power in Bojji. When Mirror asked King Bosse if he wanted to know who the strongest person was, he was pleased to know that it was, after all, his son- Bojji! And even in episode 11, we saw how our weakest Bojji defeated three men, all at once. He uses the power of his opponents coming at him to make up for his lack of power, allowing him to score a precise hit on their weak spot. Bojji makes his opponent out cold. Bojji defeats his opponent while leaving them unharmed.

Fascinating Meliodas Facts That You Should Know – Seven Deadly Sins

How to Unfreeze Tiktok Account With Few Simple Steps?