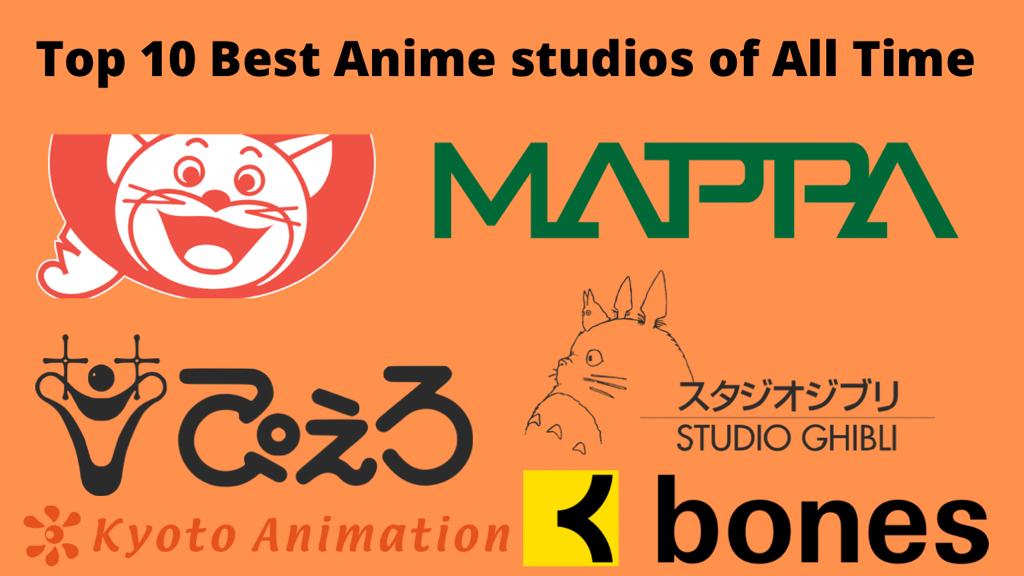 Anime is an industry that everyone is familiar with, even the ones who don’t prefer watching anime know about it. Over the years, there have been countless anime shows which were seditious and full of excitement. What attracts a viewer to watch an anime is its visuals. And the emotions it conveys to viewers. But producing an anime takes a lot of time, money, resources, and manpower. These all are possible with the help of the studios that produce these anime. It’s not an easy job making an anime. There are a lot of steps that go underway for its creation.

The first step toward making an anime is a selection of the story. There are mostly three sources from which an anime is adapted. It’s manga, Light novels, and an original script. After the story selection, the next step is Pre-Production, where staff is hired, and the budget is discussed. The next step is the start of the production, where storyboard layouts are made, and key animation is done. Aside from all this, the studio is also responsible for hiring Voice actors. All these little steps help create a perfect anime that we as a viewer enjoy watching.

Here are the Top 10 Best Anime Studios of All Time:

Kenzo Masaoka and Zenjiro Yamamoto founded Toei Animation Studios in 1948. It is one of the most popular and old animation studios in Japan. And also a shareholder in the popular satellite television network Animax. This Studio produced many famous Anime series and movies, which are still popular among many fans. The anime this studio is most famous for is One Piece and Dragon Ball. Both of these anime have connected generations of viewers, from 90’s kids to this new zen age of Kids. It has produced more than 1000 episodes for One Piece. And many upcoming projects will release soon. Recently in March 2022, an incident occurred where the studio’s network was hacked by an unknown third party. But the situation got in control after they investigated the incident. 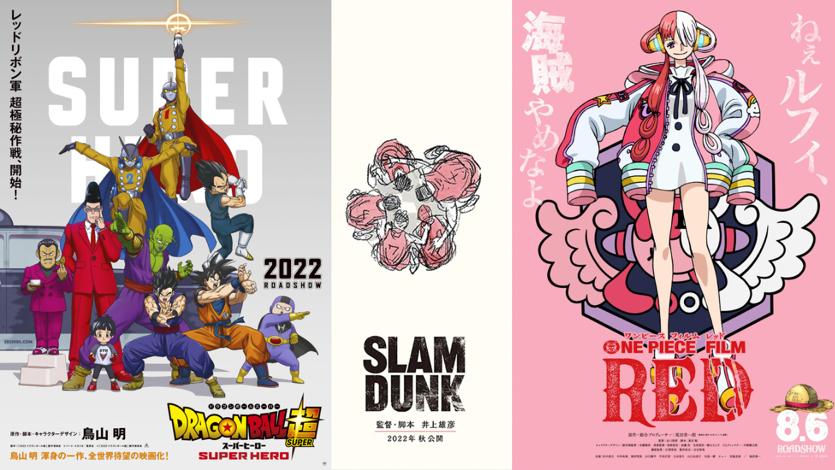 Upcoming Toei Animation Project for 2022, Including a new One Piece Film Red and Others

Also Read: What Will Happen in One Piece: RED? Here is Everything We Know!

Masao Maruyama founded Mappa Animation Studio in 2011. This studio has been involved in a lot of controversies. Ranging from toxic work environment issues to not providing reasonable compensation to animators. But despite all this criticism, the studio has done quite well for itself and has produced many projects that are well known in the anime community. The most obvious example is The Attack on Titan Final Season Part 2. It was the most trending and popular anime of the winter 2022 Lineup. And recently, The Jujutsu Kaisen 0 movie is also very well received by critics and fans for its great production. 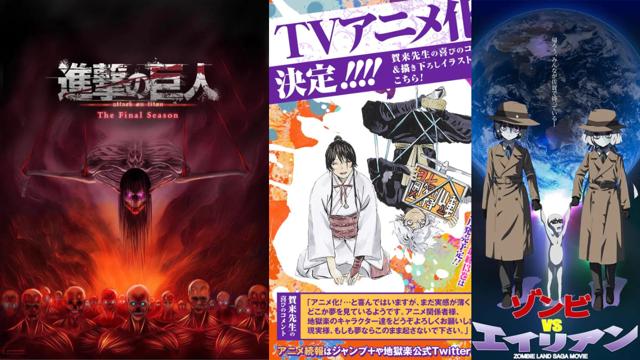 Mappa Studios most awaited projects, Including Attack on Titan Final Season Part 3 and Many More

Also Read: Attack on Titan Season 4 Part 3 Announced: The End Is Near

The Former members of Mushi Production founded Sunrise Animation Studio in 1972. This studio has seen many hard days to survive in the anime industry. Many popular mangas were already adapted, resulting in other studios dominating the mainstream market. But then the studio decided to focus on Mecha Robot Anime, which in a sense is quite difficult to animate compared to regular action anime. And it was due to this choice that they succeeded in making much legendary anime. The most famous anime of Sunrise Studios is Cowboy Bebop, Code Geass Movie, and Mobile Suit Gundam anime. 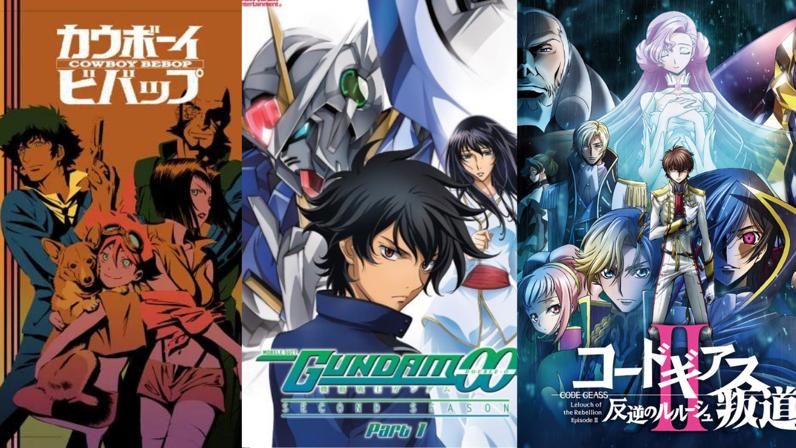 The Sony Anime production firm Aniplex established A-1 Pictures Animation Studio in 2005. Although this studio was created to oversee Aniplex anime titles, it later expanded itself by creating many independent projects. This studio soon became popular by producing titles like Fairy Tail, Sword Art Online, and Your Lie in April. It also expanded its International reach by participating in Anime conventions. Currently, this studio is producing the much-awaited Spring 2022 anime, Kaguya-Sama: Love is War – Ultra Romantic. Over the years, people are expecting this studio to release many more Rom-Com anime titles. 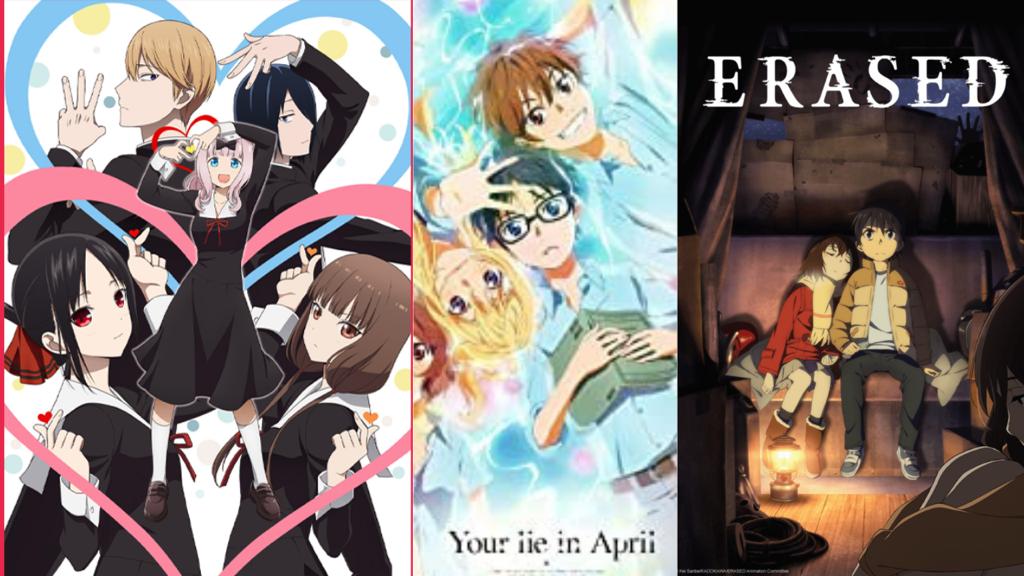 Romance Anime Titles that A-1 Studios is most famous for.

Yuji Nunokawa founded Pierrot Animation Studios in 1979. This studio is very familiar to many anime fans as it has produced some of the best shonen anime titles for over a decade or two. These titles are widely popular in several countries. And it can also be interpreted that many of these anime were the gateway for many fans to get into anime. Their most famous Shonen titles include two of the famous big three anime Naruto and Bleach. The cult classic hit anime among youth, Great Teacher Onizuka. And the famous Black Clover anime has captured many fans with its magical world. Its most awaited project, for which the fans have been waiting for over a decade, is finally releasing this fall. It’s The Bleach: Thousand-Year Blood War. 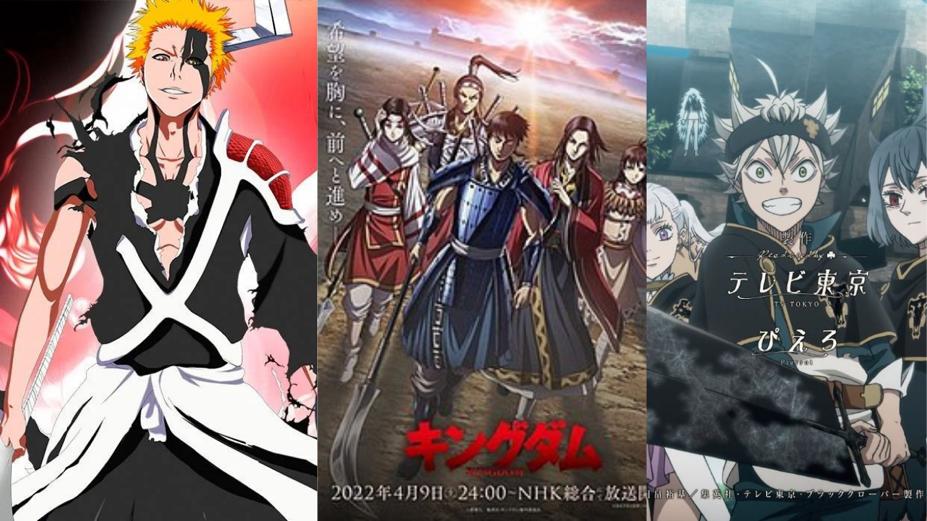 Most awaited sequels and Movie of Pierrot Studios, Including Bleach: Thousand – Year Blood war and Many More

Hayao Miyazaki, Isao Takahata, and Toshio Suzuki were the founders of Studio Ghilbi in 1985. It is famous around the world for producing family-friendly animated feature films. People easily recognize the mascot of the studio, Totoro, as it is a character from the famous Ghibli film. My Neighbor Totoro came out in 1988 and was a classic hit among many anime fans. Many Ghibli films are among the Top 10 Highest-grossing anime films, with Spirited Away being the second Highest. One of the directors of the studio, Miyazaki, will be retiring in 2023 after releasing his last anime feature film. “How do you live”. 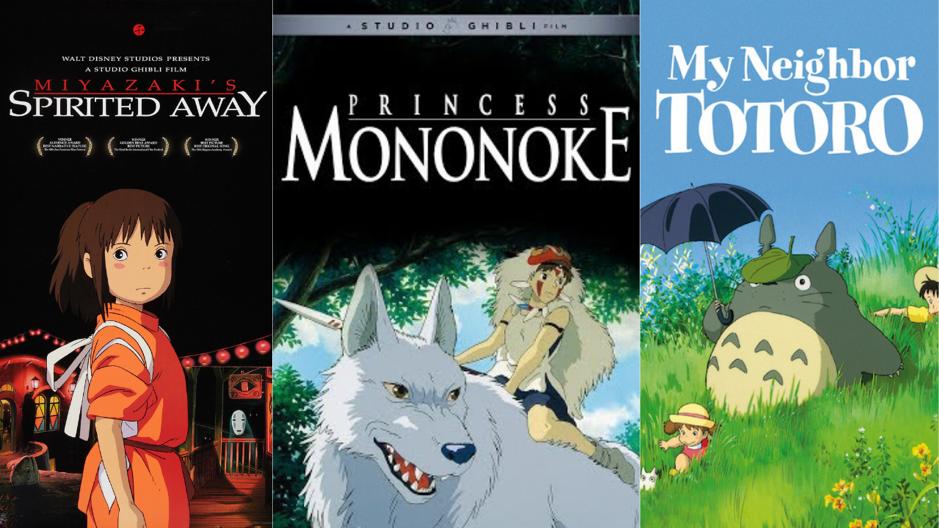 Also Read: How Do You Live – Everything You Need to Know About Hayao Miyazaki’s Last Movie

Hideaki and Yoko were the founders of the Kyoto Animation Studios in 1981. This studio is very well organized and treats every employee with great respect and benefits. There is a training program for all the employees that want to work at Kyoto Animation. This also includes a good salary, which motivates its employees to work hard. The studio is famous for producing many Anime feature films, which are mostly adapted from light novels. The most famous ones include A Silent Voice and Violet Evergarden anime movie. 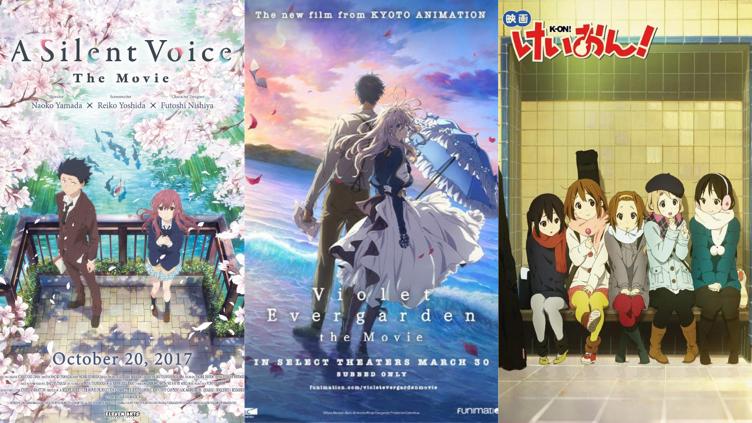 George Wada, under the Production I.G, was the founder of WIT Animation Studio in 2012. It is one of those studios which have gained immense popularity due to its rich animation in popular anime. Like One of those examples is, Attack on Titan. Wit has produced three seasons of AOT, and because of their high-quality animation, they are so quite in demand. That is why they sometimes collaborate with other studios. WIT Studios also co-produced the most esteemed Spring 2022 anime Spy x Family. It also produced Tetsuro Araki’s anime film Bubble, which will release on Netflix on April 28, 2022. 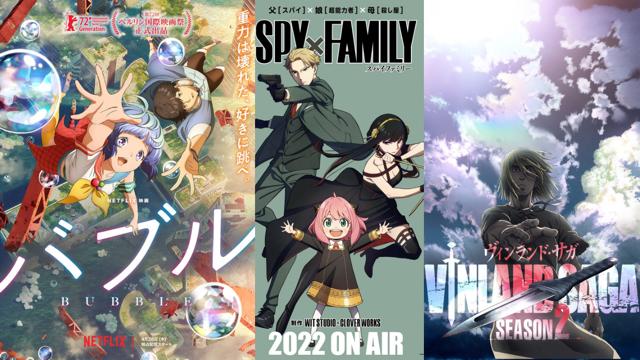 Masahiko Minami, Toshihiro Kawamoto, and Hiroshi Osaka were the founders of Bones Animation Studios in 1998. Its founders were members of Sunrise Studio, and one of the first projects of the studio was Cowboy Bebop. Later the studio got divided into five different sub studios focusing on different anime. The most famous among them were studios C and D, which produced anime like My Hero Academia and Fullmetal Alchemist. And in the year 2022, the studio is producing many sequels of the anime that fans were desperately waiting for. These anime include My Hero Academia Season 6, Bungo Stray Dogs 4, and Mob Psycho 100 part 3. 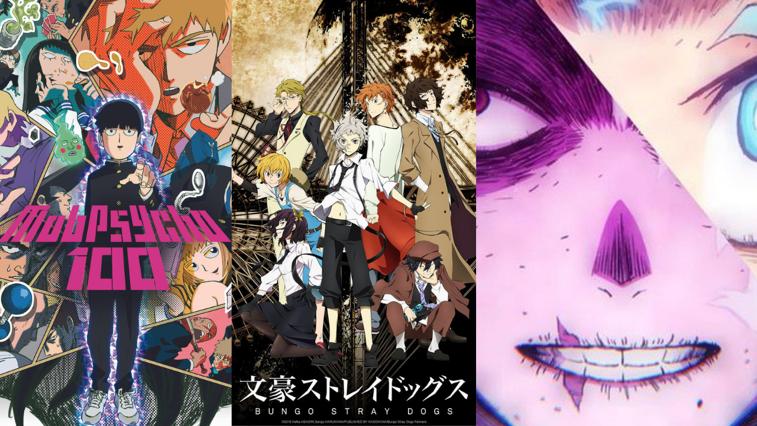 Masao Maruyama, Rintaro, Yoshiaki Kawajiri, and Osamu Dezaki were the founders of Madhouse Animation in 1972. Many Famous mangaka like Clamp and Naoki Urasawa have collaborated with Madhouse Studios. The most liked genre of anime that Madhouse is famous for is Psychological. The famous anime titles include Death Note, Monster,  Parasyte: The Maxim, and the Perfect Blue movie. Madhouse’s choice of recruiting great directors was the reason that it was successful throughout the 2000s and 2010s. 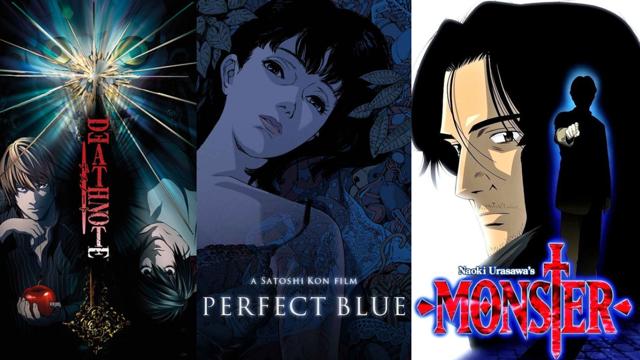