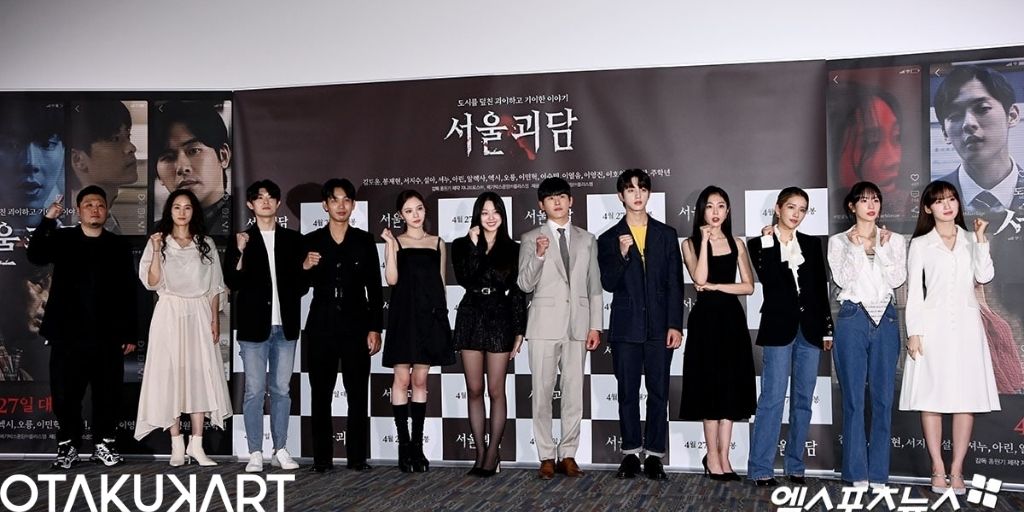 Of course, comedy and romance movies are an evergreen genre people approach when they want to binge-watch and chill. But for a few of us, the definition of fun starts with anything that’s eerie, mysterious, or that just simply quenches our thirst for watching some bewildering unpredictable twists and turns, right guys? So here we present to you some intriguing details of one such omnibus-style upcoming movie Seoul Ghost Story (commonly known as Urban Myths). And like an icing on the cake, we’ll also provide you with the details of the unique artists that have been chosen by the production team to pique your eagerness further. Thus, keep scrolling down to get a glimpse of it all!

Whenever a group of individuals randomly talk about their traditional urban myths, because, let’s be honest, we all have done it once in this lifetime, the listeners usually make fun of it and pass it on as a joke. But we all deep down do believe a few of it, too, because fear isn’t something inbuilt. It’s something we learn from our surroundings just like we learn every other thing, right guys? And even though urban myths are something that most population of the world don’t believe in, but still is something that attracts thousands of people when it comes to notice; may it be for teen fun, for paranormal activists, or for history geeks who love to unveil the uncanny traditions that seemed to have existed long before us.

And so, every now and then, we come across a few amazing writers who love to give us a ride through these kinds of uncanny encounters. Seoul Ghost Story is one such piece of work.

When we talk about individuals from today’s generations, it won’t be wrong to claim that the kinds of changes our generation holds have the potential to change a lot of things that are currently happening in the world. And when we say changes, we refer to everything – technologies, beliefs, as well as a completely different perspective of seeing things.

And considering that as an important aspect, the director of this amazing masterpiece decided to release Seoul Ghost Story in installments of 10 episodes, with a plot of showing the audience the urban myths with a blend of modern-day perspectives about it.

Yes, of course, that is quite interesting, but if you really think this is the only intriguing thing about this movie, then our valuable readers, don’t hold your breath, for we’re about to deliver you the details of the final chosen artists that will appear in each of these episodes.

In the very first episode of Seoul Ghost Story, we’ll get to see Kim Do-Yoon in action. The stunning actor is famous for his exemplary works in movies and shows like ‘Peninsula’ and ‘Hellbound’.

The plot for this episode is revealed to be revolving around the experience of Kim Do-Yoon. The more he gears up to drive into the tunnel, the more eerie things start to whirl around him. Will he be able to survive through the tunnel? Is he alone there? And if not, is that any good, or would that turn out as the worst possible case that’ll send chills down your spines? 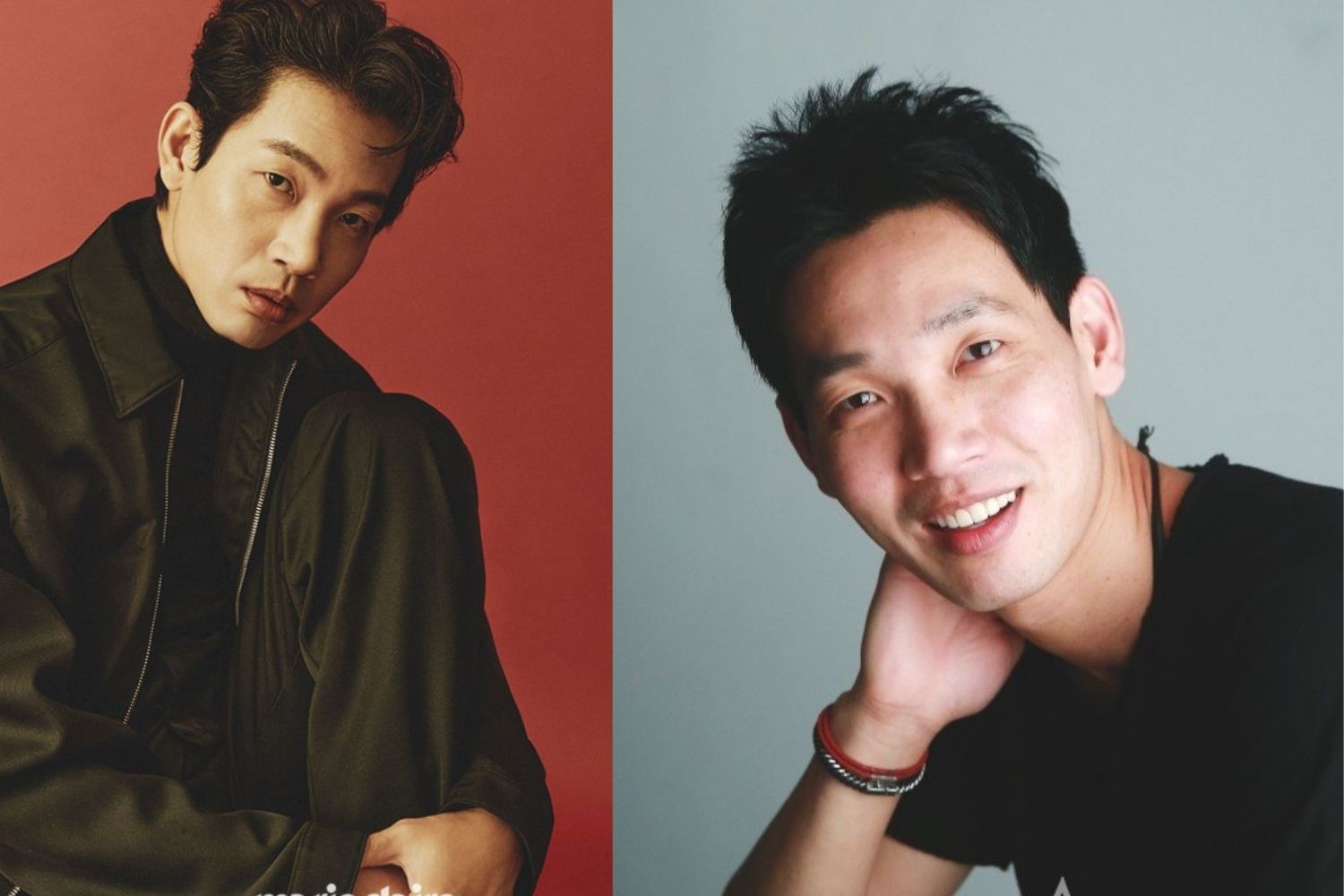 The main character in the 2nd Episode of Seoul Ghost Story will be portrayed by the gorgeous actress Lee Yul-eum. She is famous for her breathtaking roles in’ The Village: Achiara’s Secret,’ ‘Queen: Love and War’, and ‘Nevertheless’.

The storyline of the episode will be based on the basic – revenge of the girl who took her own life because she was bullied by one of her friends. But it’ll be quite interesting to see the spiced-up twists and turns sprinkled in the plot by the writers. Can it be the guilt that’ll drive the girl, who used to bully, crazy?; or Will it be really the bloodthirsty revenge of the girl who died? 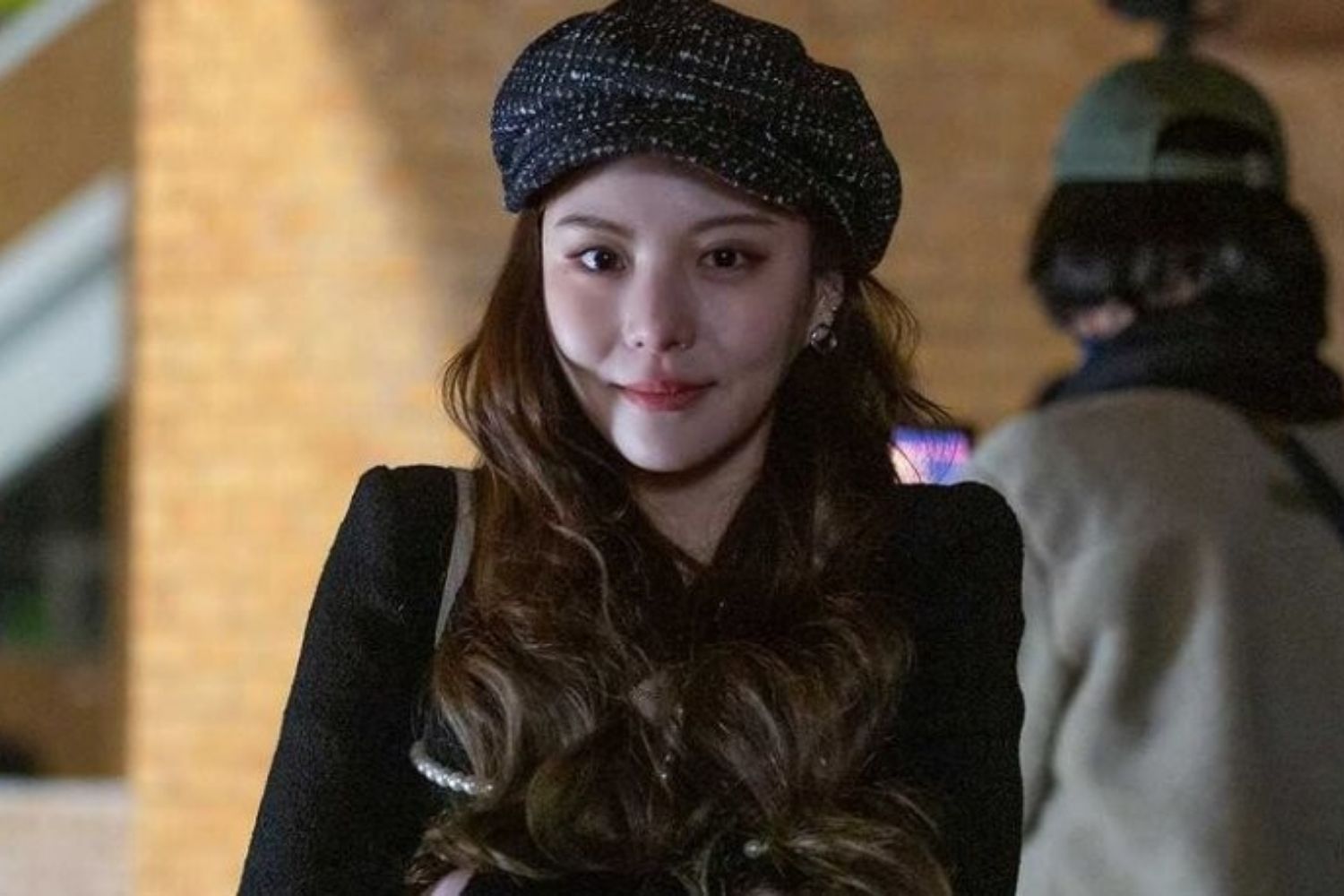 The lead protagonists of this episode will be played by the gorgeous singer Arin who is known for her being a member of the South Korean girl band ‘Oh My Girl’; and Lee Su-min, who is famous for her work in ‘Pumpkin Time’ and ‘100% Era’.

We as humans have a habit of searching for a soulmate regardless of the tag we put on that bond- friendship, relationship, or any other altogether. We always seek to rely on someone but people being people so badly, need to have their fun of destroying what’s precious to others that they could literally go to unimaginable lengths to do it. Something like this will be seen in episode 3 of Seoul Ghost Story.

For now, it’s known that the plot will revolve around two friends who’d promised each other to perform necromancy if something unfortunate happens to either of them. But of course, playing with the rules of nature, really, it’s obvious they’ll be in serious trouble. What kind of trouble the one who’ll perform will be in, and how she’ll endure through it; Will she be even able to endure at all? 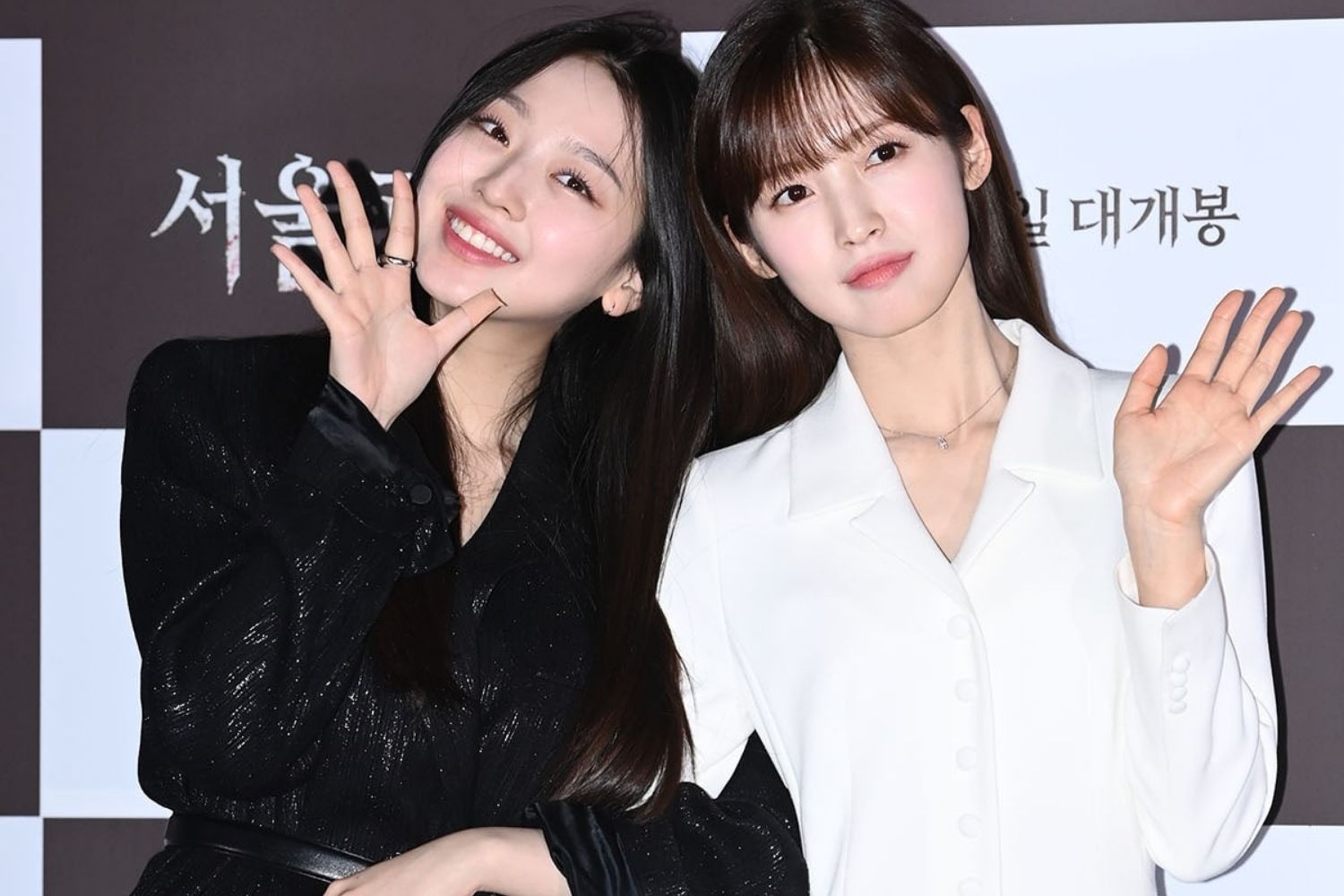 The lead character of Episode 4 of Seoul Ghost Story (also known as Urban Myths) will pique your expectations higher for this film. Can you guess which Kpop idol will debut with this terrific episode? Yes, you heard it right, not a famous actor or stunning actress. This episode will deliver you the magnificent acting skills of one of the most famous K-pop idols, Lee Ho-Won, who’s popularly known as a former member of the South Korean band INFINITE.

Once in a lifetime, we’ve all had to experience the horror of going to a dentist. Well, if you are amongst those few lucky ones who haven’t been through it, we’re still sure you would have at least heard the frightening experience of people while they visit one. No, of course, it’s not the process or the treatment that’s petrifying. It’s actually the sounds of the tools used. Those sounds legit send shivers down one’s spine. But how did our production team use something like this in a horror story would definitely be quite interesting to watch, right guys? 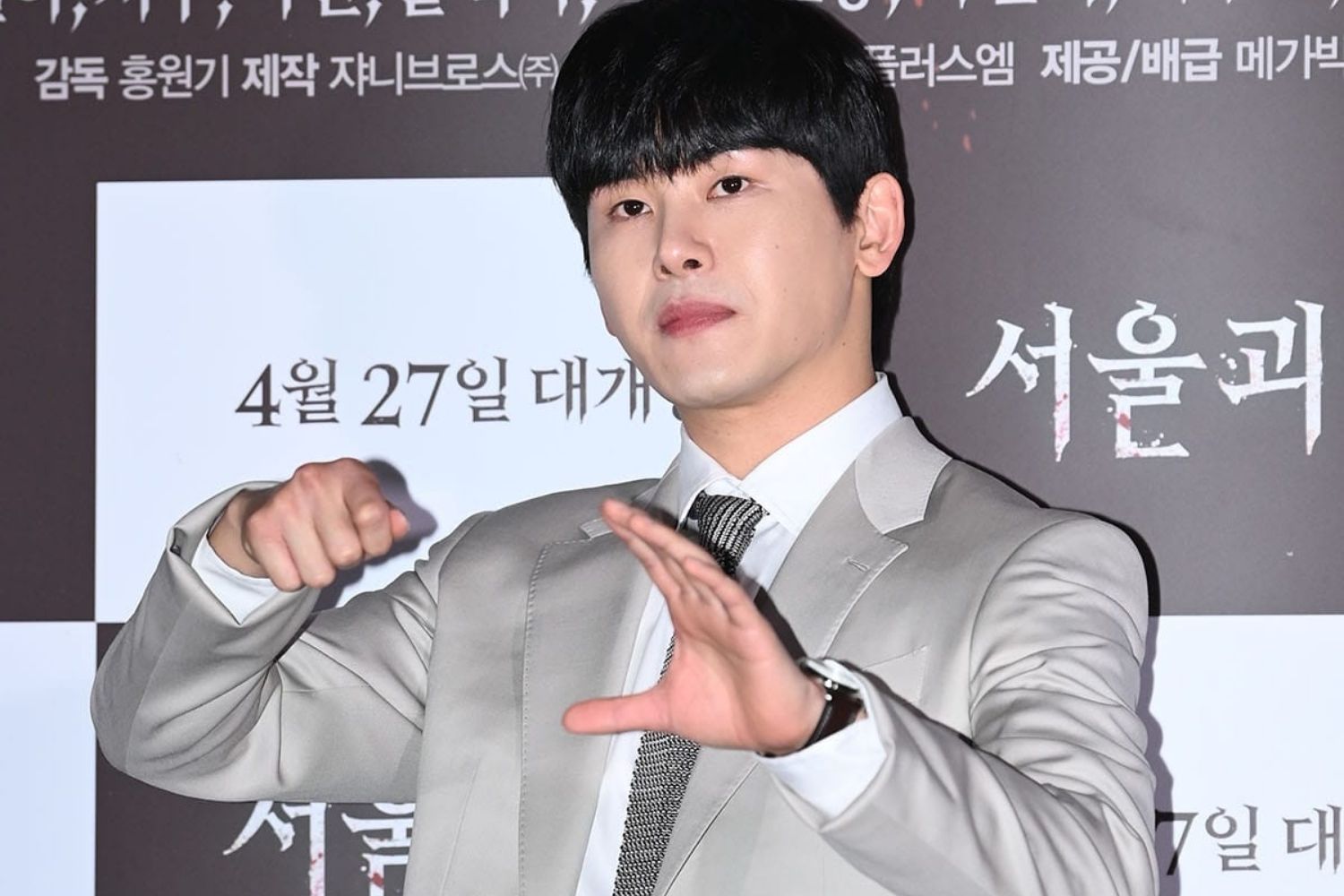 Episode 5 of this exquisite masterpiece will have Lee Min-hyuk as its lead cast. The aforementioned artist is famous for his works in ‘A New Leaf’, and ‘Sweet, Savage Family’. He is also well-known for being a member of the South Korean boy band BtoB.

Not much has been revealed about this episode by the writers or the director. Thus, it’s safe to assume this one episode could definitely be the one with the most unexpected plot, but on the other hand, it could also be the creepy urban legend that had been followed by some Asian countries previously. The legend consists of the ceremony performed by the living to marry two unmarried deceased souls. What is it going to be then? Stay hooked to find out! 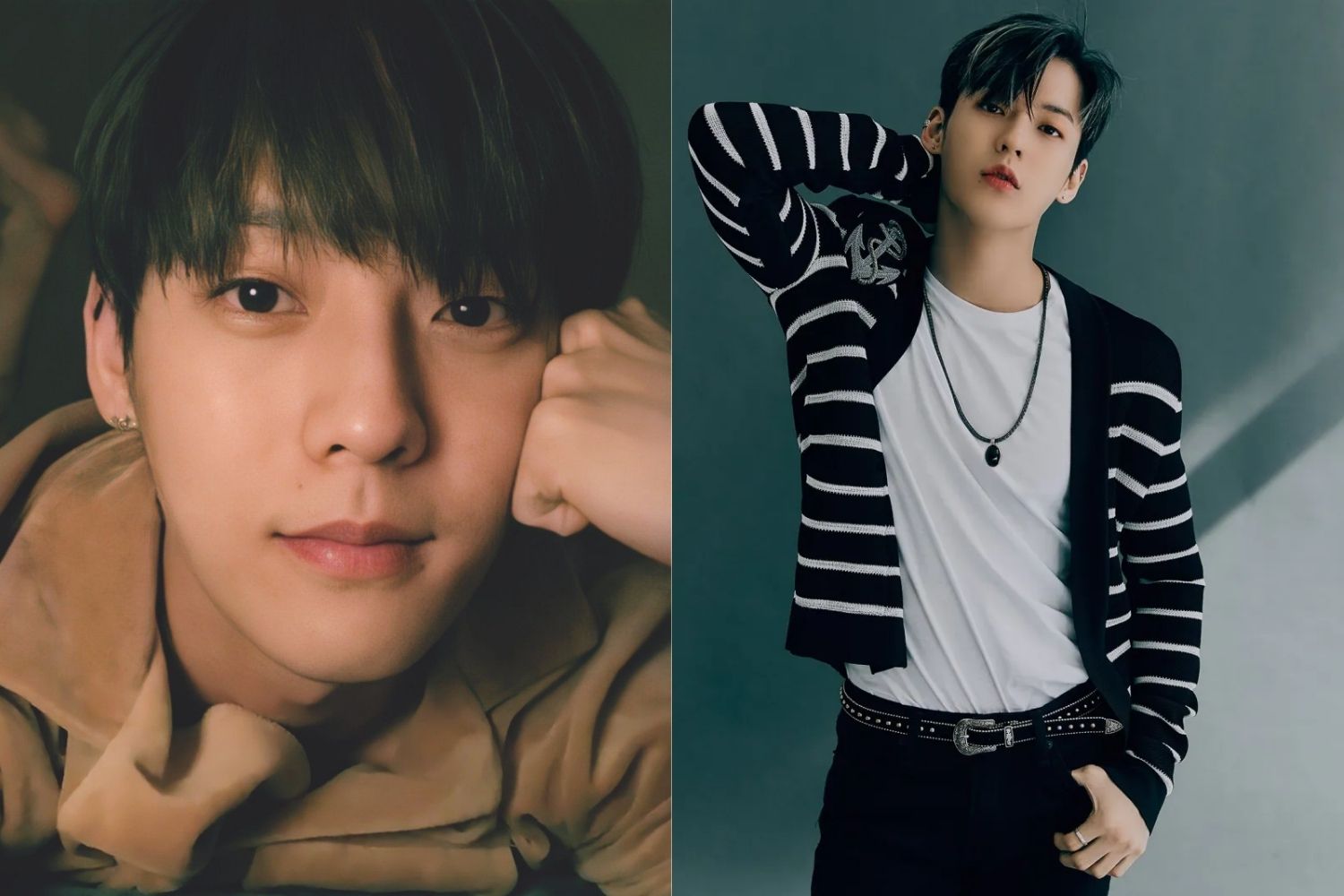 The lead cast of Episode 6 of Seoul Ghost Story will be played by SeolA. She will be seen as Ji Hye in the episode. SeolA is an exemplary singer popularly known as a member of the South Korean girl band WJSN.

Just like the name suggests, the episode is anticipated to be based on the used furniture. We all know that even though, of course, people are precious yet, to each one of us, there exists something which is non-living but still closest to our hearts. Will the storyline of this episode blend in with some eerie memories that could be attached to those used furniture? 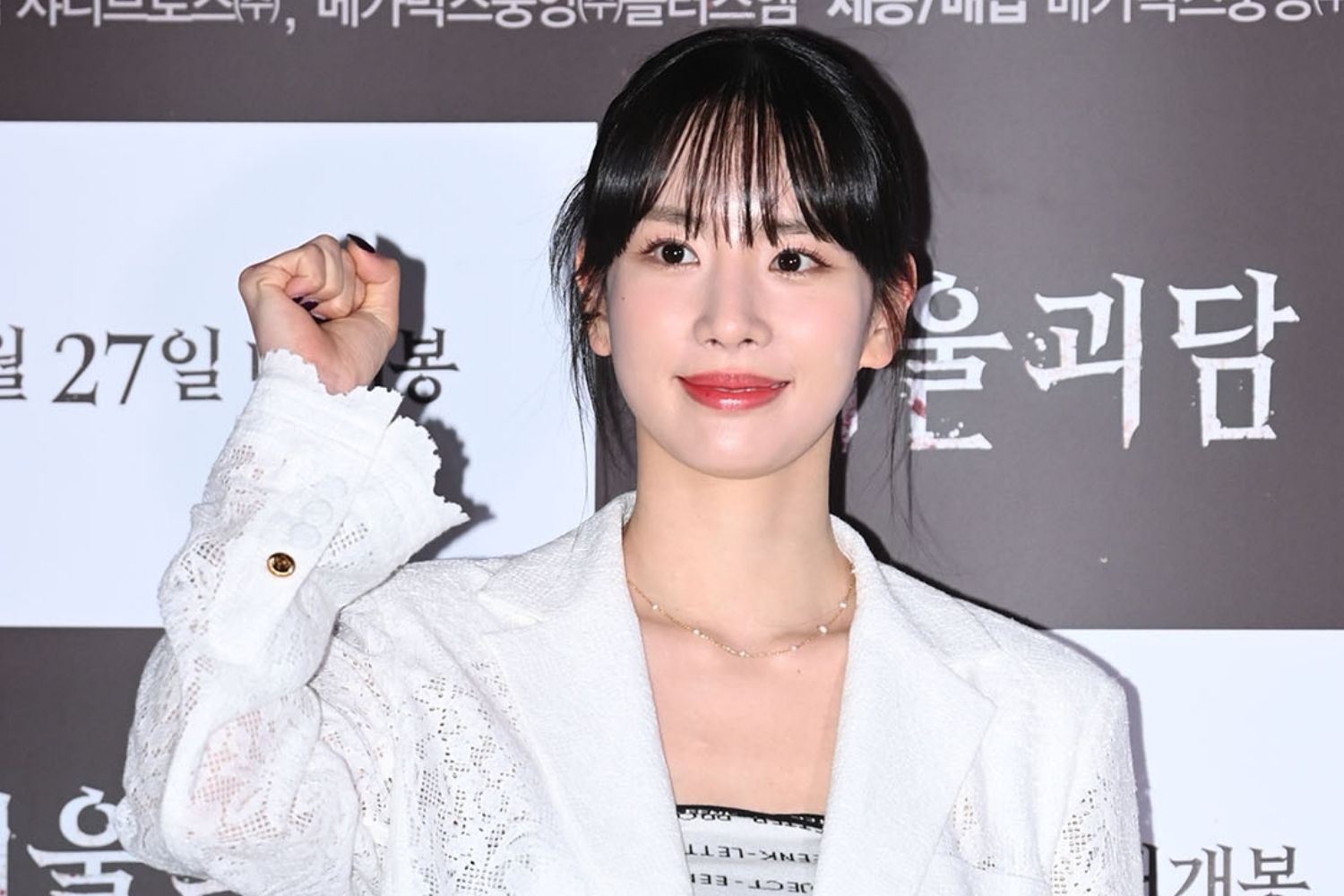 This episode of Seoul Ghost Story will be the debut of Jisoo, the former Lovelyz member and a gorgeous actress, in a movie. Through her comments at the conference, it was revealed that she would be playing the role of a cosmetic store employee, Hyun Joo. The kind of impressive show she’ll present with her performance is definitely worth the wait, right guys?

Another common fear that is used by a lot of movie directors is the mirror. Not only do they have petrifying stories related to it, but they are also quite eerie. 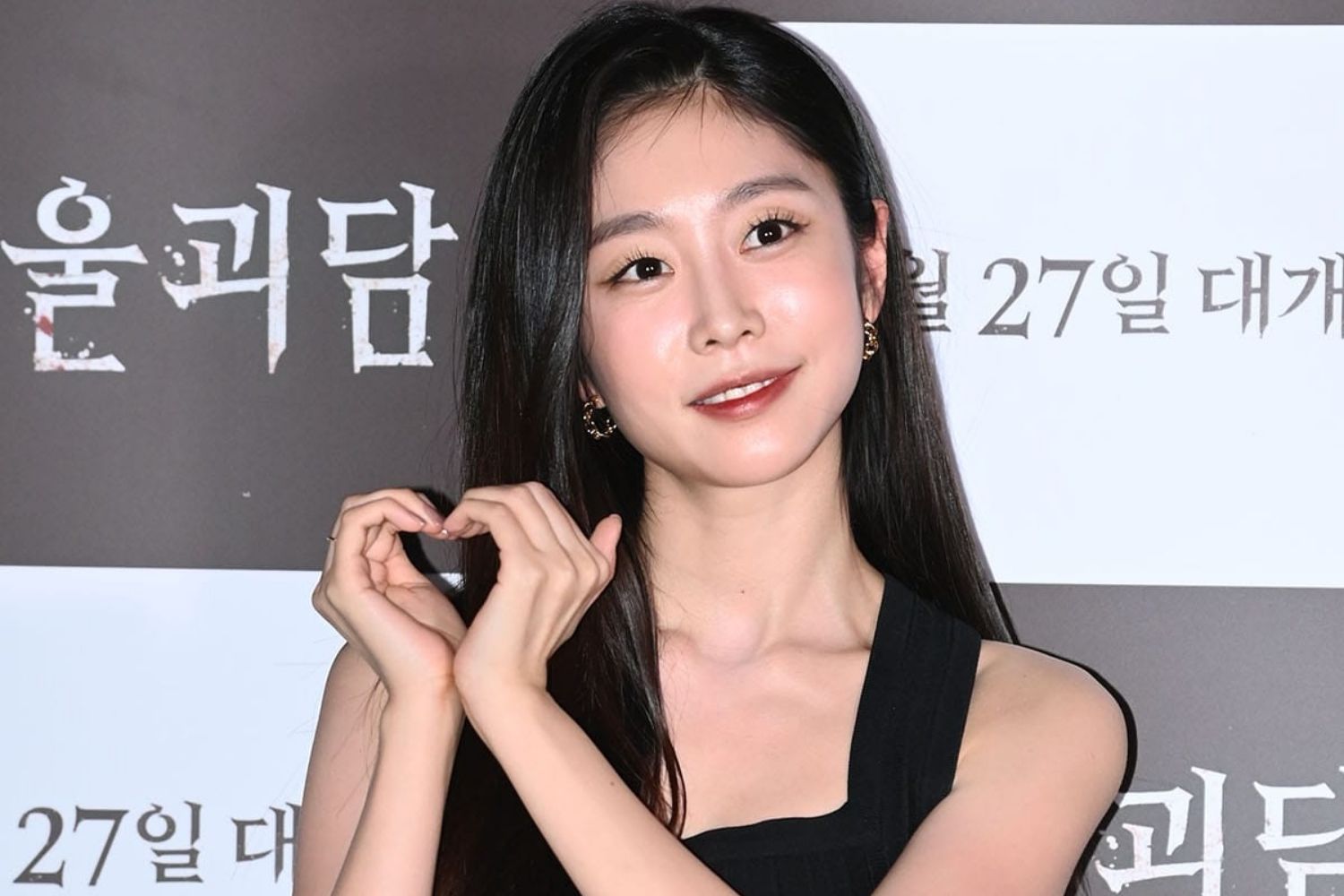 The connection between the name of the episode and the reason why our beloved director Hong Won Ki chose Shownu, MONSTA X’s Leader and Main Vocalist, is quite hilarious. After casting so many music videos of countless K-pop idols, it won’t be wrong to say the director of Seoul Ghost Story really has an eye for talent. And so if he said Shownu does seem like a sculpture, sometimes we probably should simply believe in him, right audience?

There is not much known about this episode yet. For now, we do know Shownu would be seen playing the role of a part-timer, Jong Chan.

Each one of us holds a spot for different kinds of fears in our hearts, but quite normally, most people do have a fear of dolls or mannequins. So, what new fear will the writers unlock through this episode for those kinds of populations is what piques a lot of curiosity among the audience. 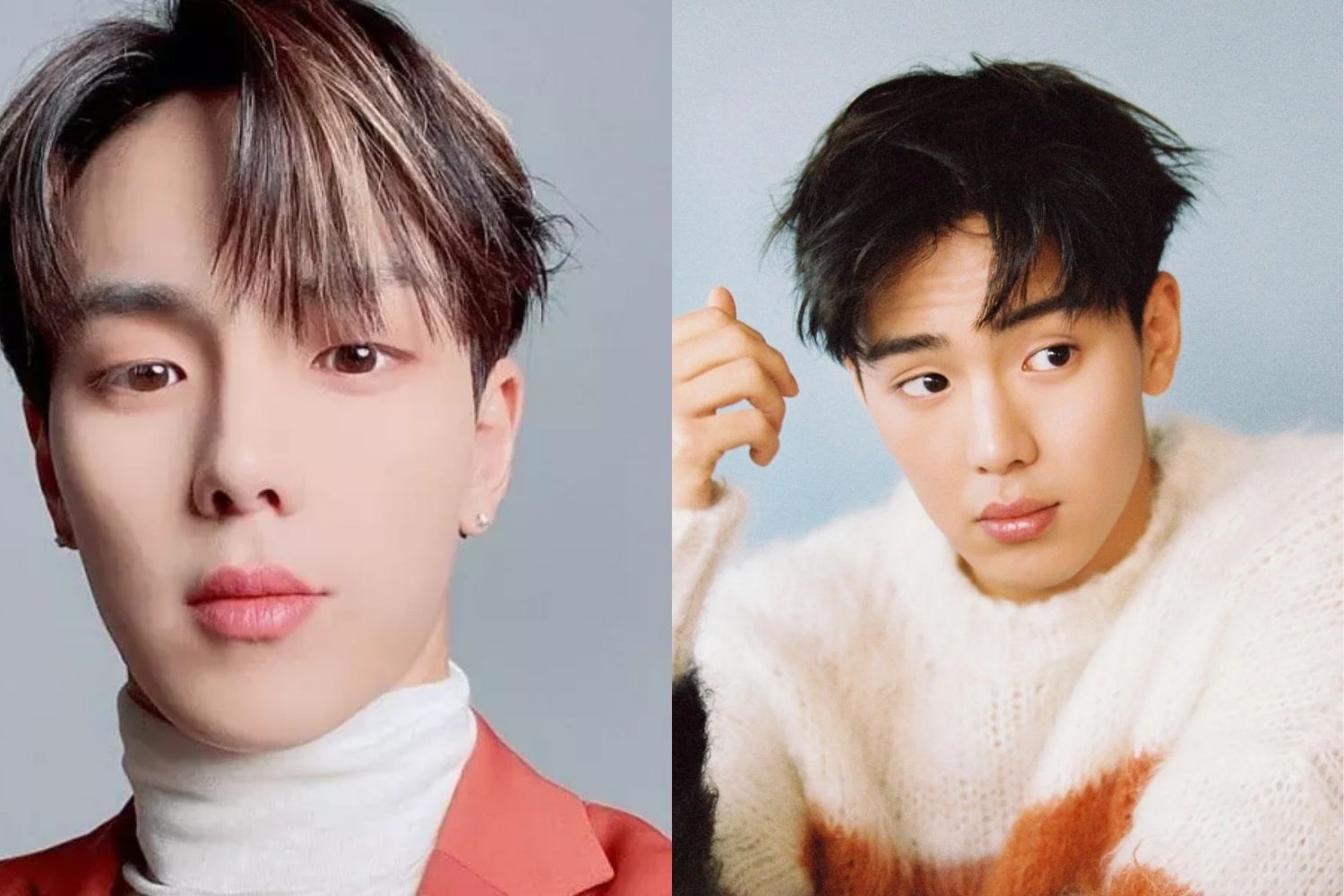 The lead protagonists of this episode of Seoul Ghost Story will be portrayed by Exy and Jung Won Chang. The formerly mentioned artist is a South Korean rapper for the South Korean girl band WJSN, while the latter mentioned is an outstanding actor known for his works in ‘The Uncanny Counter’ and ‘Her Private Life’.

The usual trend of horror movies’ obsession with a parallel devilish universe existence is quite commonly seen everywhere. Therefore, what kind of urban myth these remarkable writers of the film will get us a glance of is something we are all now losing patience for! 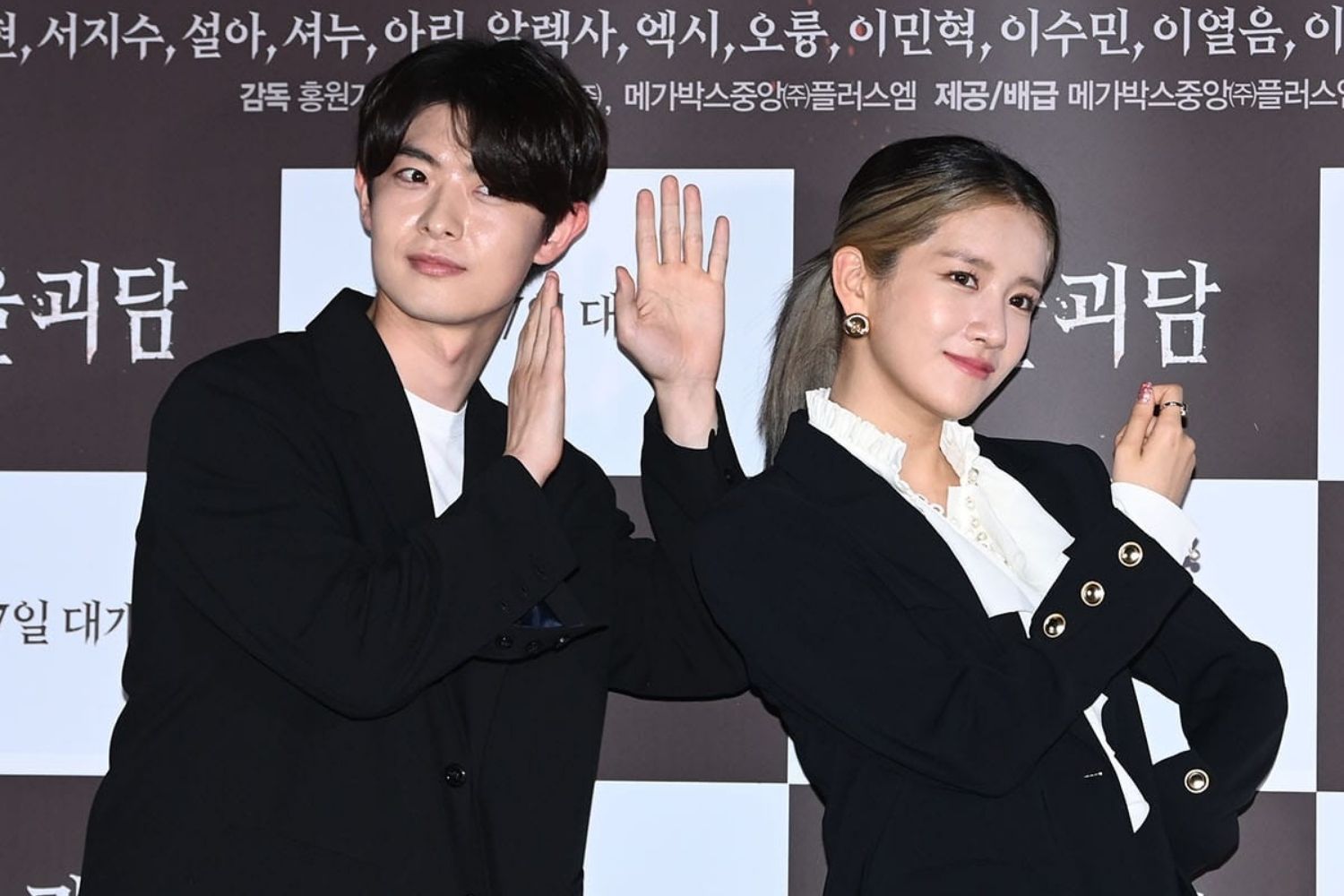 Moving on to the very last episode of Seoul Ghost Story, it will be seen diligently carried out by three stunning singers, including THE BOYZ’s Ju Haknyeon, Golden Child’s Jaehyun, and AleXa.

The only details we could gather about this episode from the stars, as well as the production team, is that the cast will portray the roles of some great influencers and will be seen on the screen as Nu Ri, Young Min, and Se Ri respectively. 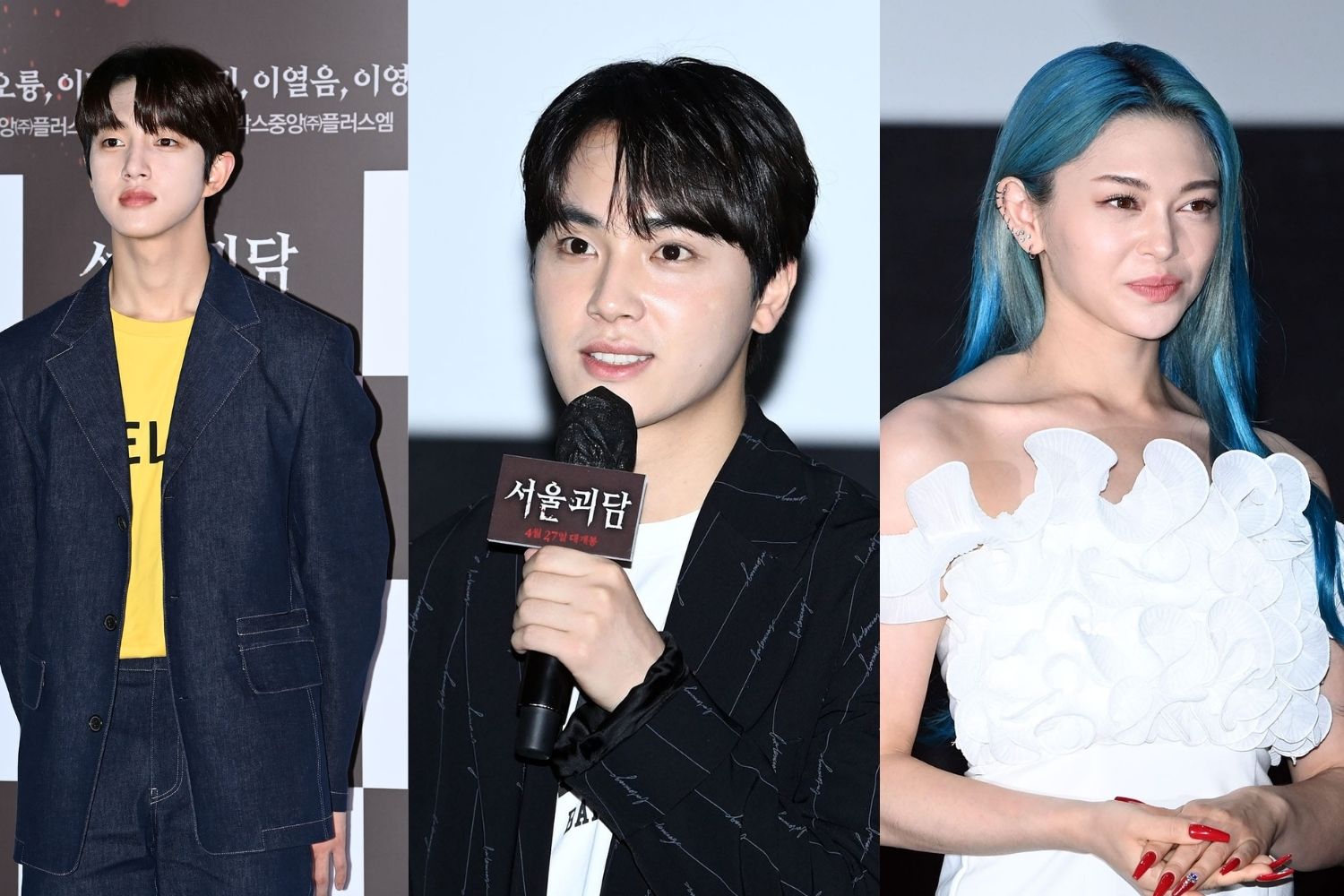 This enthralling movie with mindblowing characters and a series of sinister plots is all set to hit theatres on 27th April 2022.