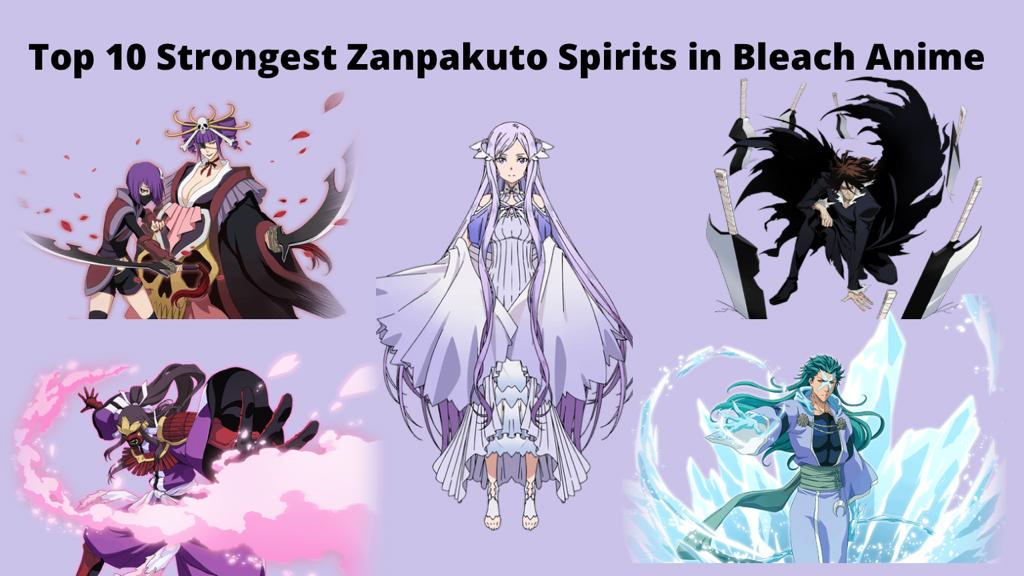 Bleach anime was adapted from the renowned manga of the same name, written and illustrated by Tite Kubo. let’s talk about the Top 10 Strongest Zanpakuto Spirits in Bleach Anime. The anime is very famous for its unique fantasy take on the Mortal and Immortal realm of humanity.

There is a reason why it is considered one of the big three shonen in the anime world. Although there are many remarkable characters with great plot points throughout the series. It was the fight sequences that truly captured the heart of the viewers and to make these sequences more interesting were the weapons used by the characters, also known as Zanpakuto.

In a filler arc for bleach, the Zanpakto of shinigami manifested into real forms and we were able to see those spirits in person. Taking those in reference, here are the Top 10 Strongest Zanpakuto in Bleach anime not ranked in any particular order.

Byakuya Kuchiki is the wielder of the Senbonzakura. He is the captain of the 6th Division in Gotei 13. Kuchiki as a captain is responsible to protect many lives and keep peace in the soul society. He is also known as the master of Swordsmanship, because of his technique to bequeath lethal attacks with the little endeavor.

Also, Read – How To Watch Bleach? Easiest Guide To Watch It

Senbonzakura has a simple katana form and its Shikai command is triggered by the order, “Scatter”. While using the special Shikai ability, its blade shatters into thousand tiny blade pieces, looking like cherry blossom petals. Kuchiki can control the blade pieces that are scattered and tatter his opponents at a distance.

Toshiro Hitsugaya is the wielder of Hyorynmaru. He is the captain of the 10th division in gotei 13. Hitsugaya is one of the most popular characters, whose intellectual talent and personality have won the heart of many fans. During battles, he easily sees through many deceptions and easily intuits great strategies on the spot to win the battle. 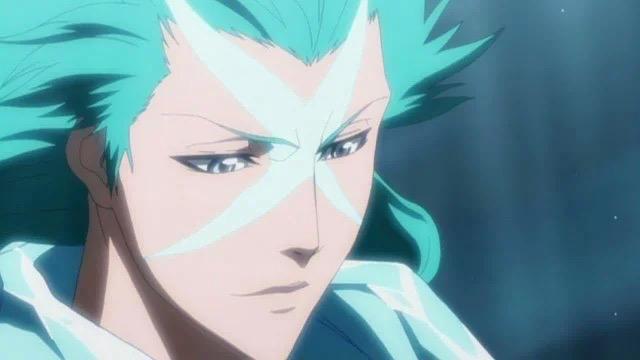 Hyorynmaru katana is longer than most of the Zanpakuto and has the strongest Ice Element in all of soul society. Hitsugaya does not need water present while using the Shikai or Bankai ability. He can create multiple ice-shaped Chinese dragons from the tip of his katana. And it can easily freeze anyone that traps within it.

Renji Abarai is the wielder of Zabimaru. He is the lieutenant of the 6th division. And is considered a very dangerous man, as he is always willing to die for his comrades. He is very sensitive about Rukia Kuchiki and will fight anyone for her sake, even his own captain.

Zabimaru in its Shikai form can transform into a longer sword with a 6-part blade segmented into the sword. Each segmented blade is wider and sharp than the other one. It almost works like a whip, rather than a regular sword.

Kisuke Urahara is the wielder of Benihime. Urahara was the former captain of the 12th Division. But after being banished from soul society, he opened a convenience store in the human realm. He is a person you can rely upon in dire times. He also helped Ichigo with his Zanpakuto.

Benihime is a blade and is mostly sealed inside a cane. When in its Shikai form, the blade takes the form of a sword. But when the ability Nake is used, the blade fires destructive red-colored energy blasts resulting in considerable damage. It can also cancel out any attacks when the technique Tsuppane is used.

Mayuri Kurotsuchi is the wielder of Ashisogi Jizo. He is the captain of the 12th division and is also known as a mad scientist due to his odd research. In his mind, he always sees through everything and everyone as an object of research. During the battle, he always experiments on himself and his enemies to win the fight. 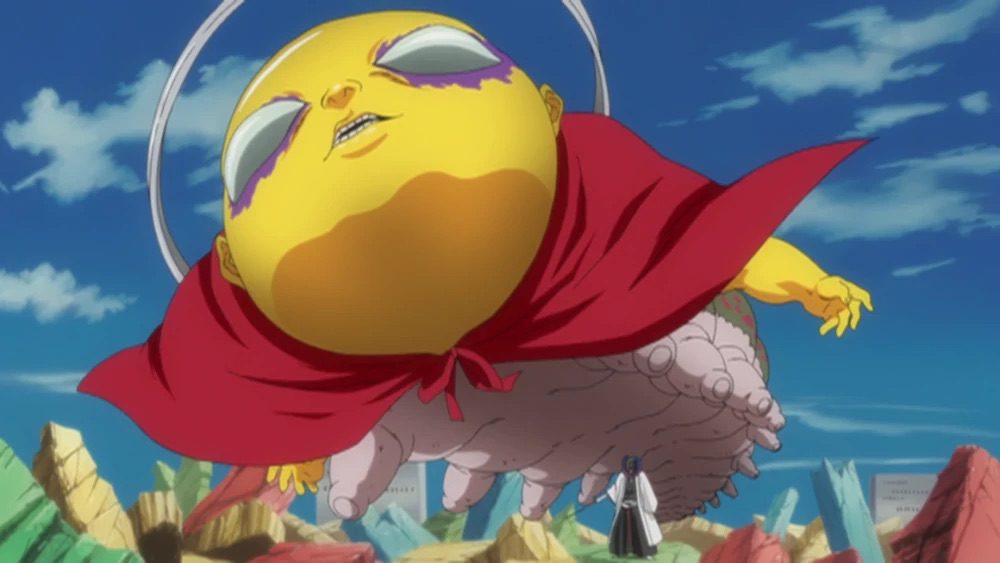 Ashisogi Jizo is a blade and when in Shikai form, its blade glows and transforms into a trident. And later using its special ability, it emits the venom of a spider bite, which in effect paralysis the enemy. In its Bankai form, it takes the shape of a giant caterpillar creature with a baby’s head. The creature breathes poisonous breath which is very lethal and is impossible to avoid in an area of around 200 meters.

Gin Ichimaru is the wielder of Shinso. He was the captain of the 3rd Division, but later he betrayed Soul Society with Aizen and Tosen. During his introduction as a character, he seemed very mysterious, and not a person you can trust. His battles are very interesting, with his unique soft moves, that seem normal but are destructive. 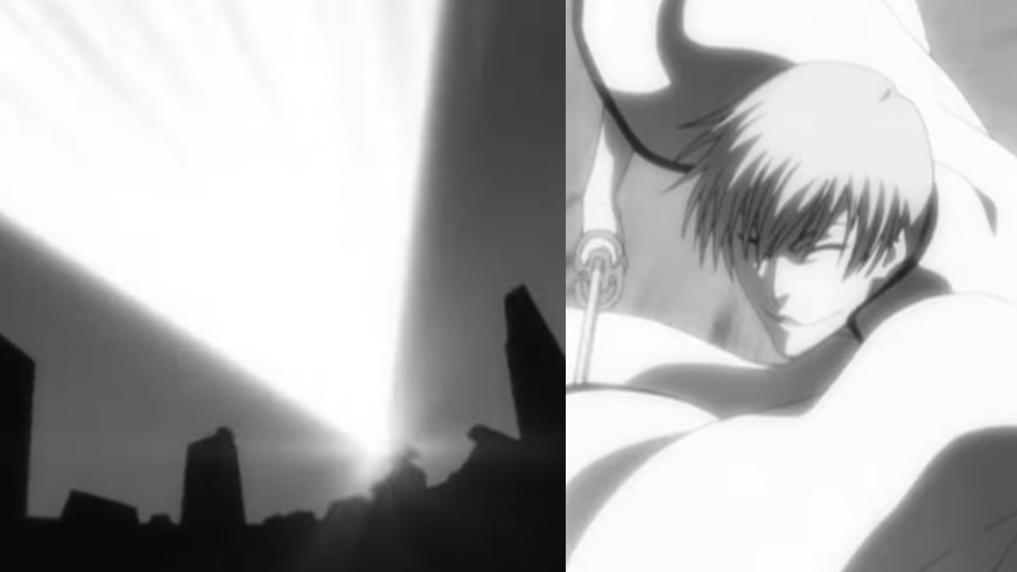 Shinso has a short blade form. During its Shikai form, the blade glows white and suddenly extends itself at a high speed, skewering everything in its distance. It can also swing simultaneously resulting in wider destruction. The deadliest aspect of this weapon is that its particles can dissolve and break down cells, as it contains poison.

Ichigo Kurosaki is the wielder of Zangetsu, he is also the protagonist of the anime. He is a person, who has many friends fighting beside him and supporting him. He has a sense of determination and fear to win battles and taunts his opponent during battles. And also he fought a long battle with himself to awaken his Zangetsu.

The actual Shikai form of Zangetsu is of two separate Black blades. Ichigo’s spiritual energy is the main power source to release powerful attacks through his Zangetsu to his opponents. His powerful Shikai ability includes Getsuga Tensho and Getsuga Jijisho, both are used for attacking with a blast of energy.

Shunsui Sakuranosuke is the wielder of Katen Kyokotsu and the captain of the 1st division of the Gotei 13. His personality is very laid back and he is a person who usually avoids war and just wants Peace. His values are very strong, towards his opponents as he respects them and fights accordingly. 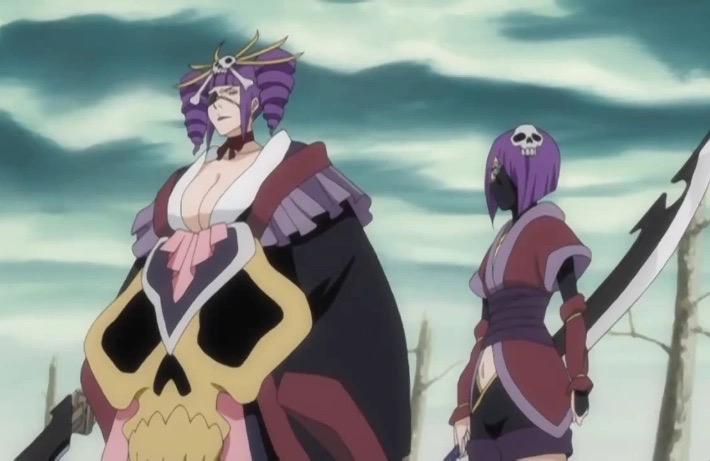 Katen Kyokotsu Zanpakuto has the form of two swords, one long and one short also known as Daisho. When it’s in the Shikai form, it transforms into two Chinese single-edge swords, capable of speed and power strikes. Its special ability is to, make a set of rules in the form of a game. And if someone steps within the area specific to its Spiritual pressure, they have to follow its rules.

Sosuke Aizen is the wielder of Kyoka Suigetsu. He is one of the main antagonists of the series. And also the former captain of the 5th division in Gotei 13. He formerly waged war against Soul society with his army of Arrancar but was defeated by Ichigo and Urahara. 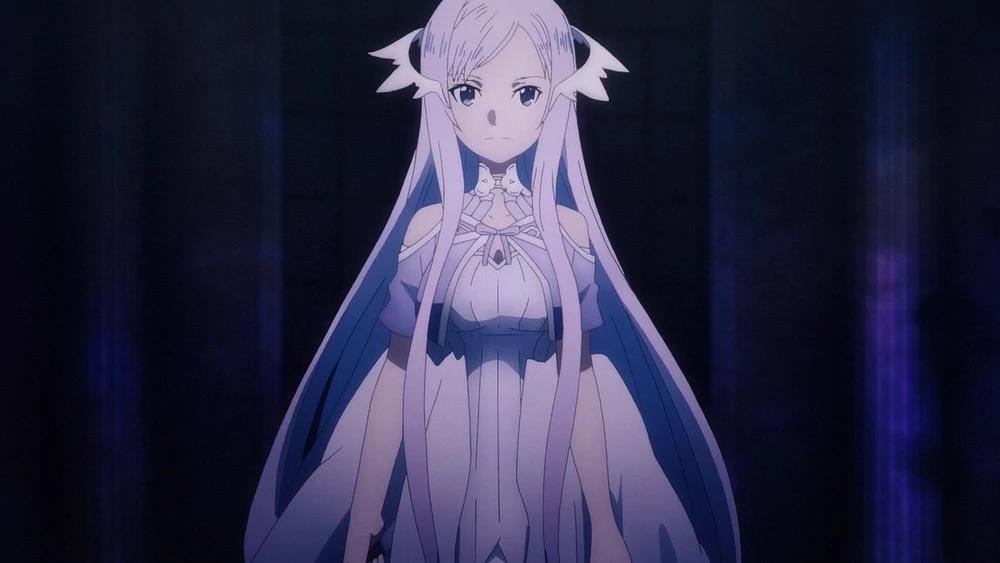 Kyoka Suigetsu form is a normal katana with a green handle. The special Shikai ability of the Kyoka Suigetsu is Kanzen Saimin meaning complete Hypnosis. This ability makes the opponent misunderstand the enemy’s position. As it emits the same smell and shape as another person, resulting in utter confusion. This gives Aizen a chance to attack while hiding.

Genryusai Shigekumii Yamamoto is the wielder of Ryujjin Jakka and is also the Captain Commander of the Gotei 13. During the battle, you can see the level of intensity in the air rise, when his aggressive personality awakens. 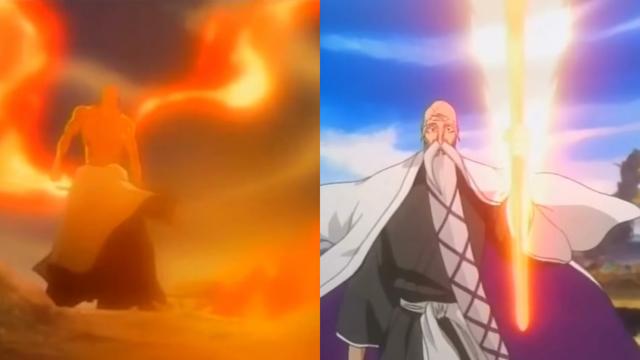 Ryujjin Jakka is the most powerful fire type Zanpakuto and it is also the oldest in the soul society. Its appearance is of a wooden staff but when revealed it takes the form of a katana. The special Shikai ability of Ryujjin Jakka is engulfing all things within its reach in the fire to mere ashes. This makes Yamamoto, the strongest as he will scorch anything to protect the soul of Society.