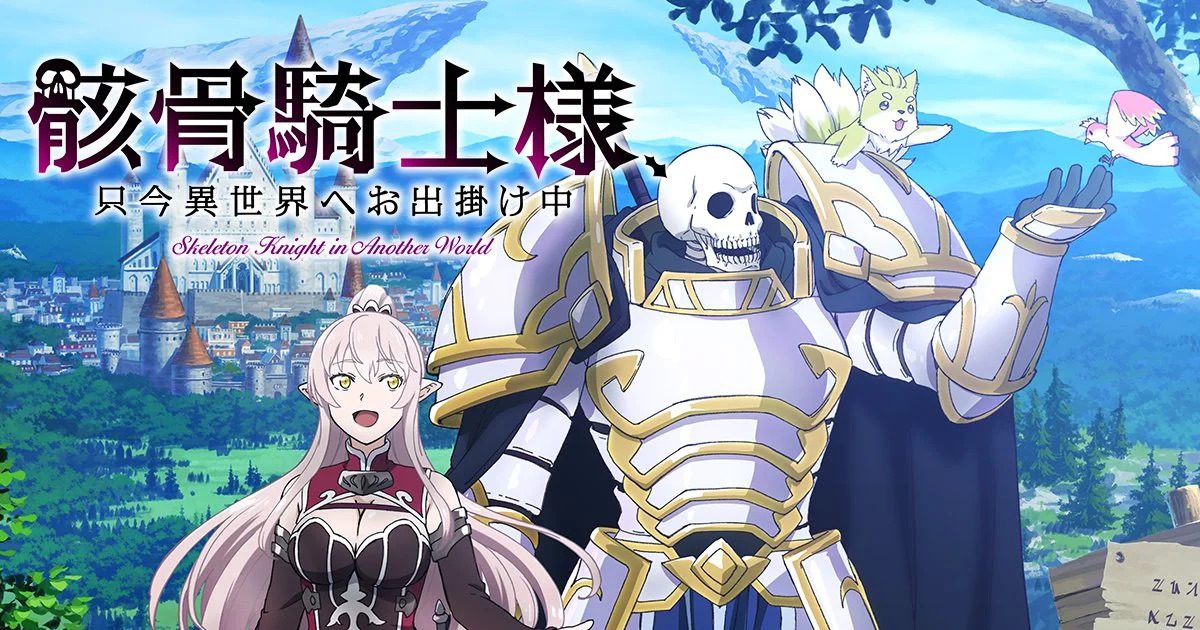 The original novel of Skeleton Knight in Another World ran from October 19, 2014, to July 16, 2018. Its light novel series began on June 25, 2015, and is currently ongoing. The manga has been in production since 2017 and is going on too. All three of them- novels, light novels, and manga are written by Ennki Hakari. Studio Kai made the anime which started on April 7, 2022. Eight episodes of Skeleton Knight in Another World have aired so far.

With Katsumi Ono at the helm of direction and Takeshi Kikuchi as a writer, the 9th Episode of Skeleton Knight in Another World is all set to release very soon.

Skeleton Knight In Another World Plot

Arc, a gamer, one day wakes up in his avatar body, which he uses to play an online game. He sees himself as a skeleton, that is because he used a special skin of a skeleton in the game. He makes sure not to attract any attention on unfamiliar turf. At a distance, he sees a group of thugs attacking another group. He sees them about to sexually assault two women and jumps in to save them. One of the women is revealed to be Lauren, a noblewoman and another one is Rita, her maid. He escorts them to their home and is rewarded by Rita. Rita gives him a copper passport using which he can travel through any city without any trouble. From there starts the adventures of Arc and his attempt to return home.

The ninja Chiyome from the Jinshin clan asks Arc how he knows about them. The ninja clan was created by a man named Hanzo, who came from another world. Chiyome, while looking for enslaved members of the Ninja clan, asks Ariane for help, who agrees. Meanwhile, Dakares is angry about the haunted wolves not being able to kill Yuriana. Due to his failure, and a possible revenge plot, he is sent to a safe house by Cetrion. 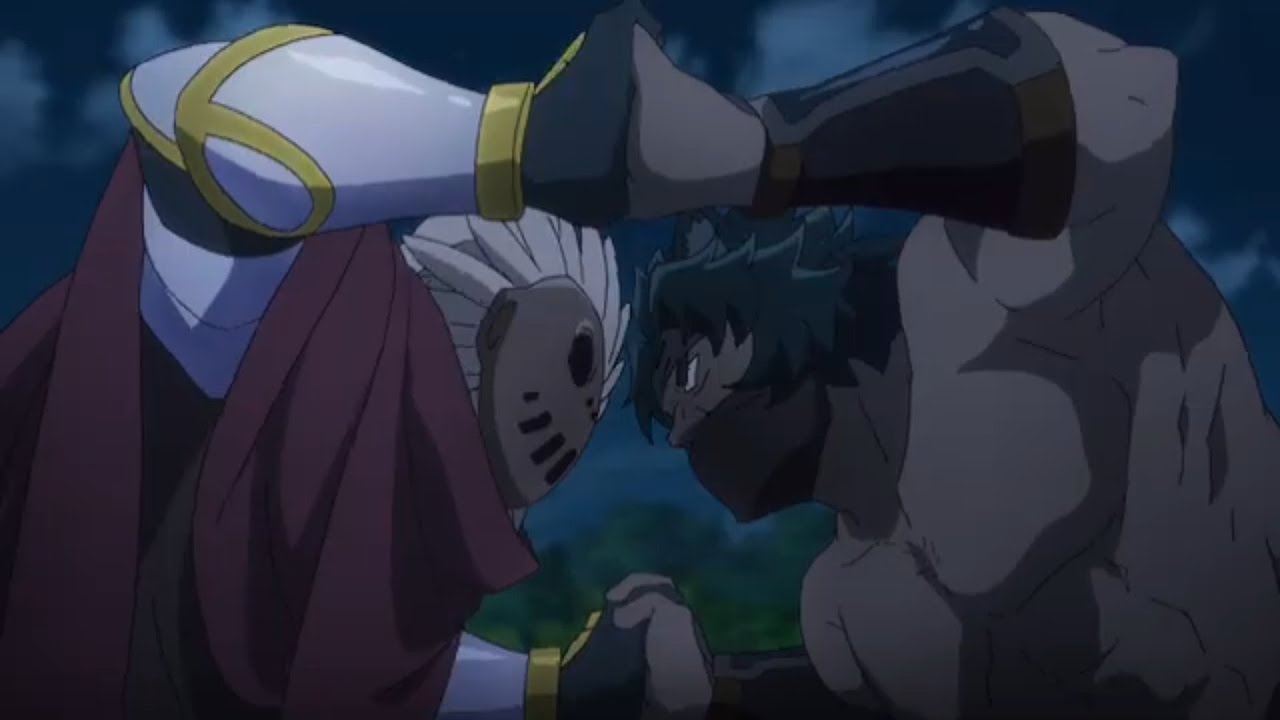 Chiyome asks them to make an attack on the Etzat slave market to create a distraction for the ninjas to infiltrate other markets. Chiyome introduces Arc to Goemon. This makes Arc realize what Hanzo did. Hanzo used names of honorary ninjas, which makes Chiyome- Mochizuki Chiyome and Goemon as Ishikawa Goemon. Arc and Goemon first fight each other, then suddenly become good friends. Arc and Goemon are among those attacking the market. In an attempt to be the better one, they both over-exert themselves and get buried under rock. Chiyome and Ariane watch all this from behind.

Skeleton Knight In Another World Episode 9 will release on June 2, 2022. The Episode will be titled “The Capital in Chaos and a Maiden’s Oath”. 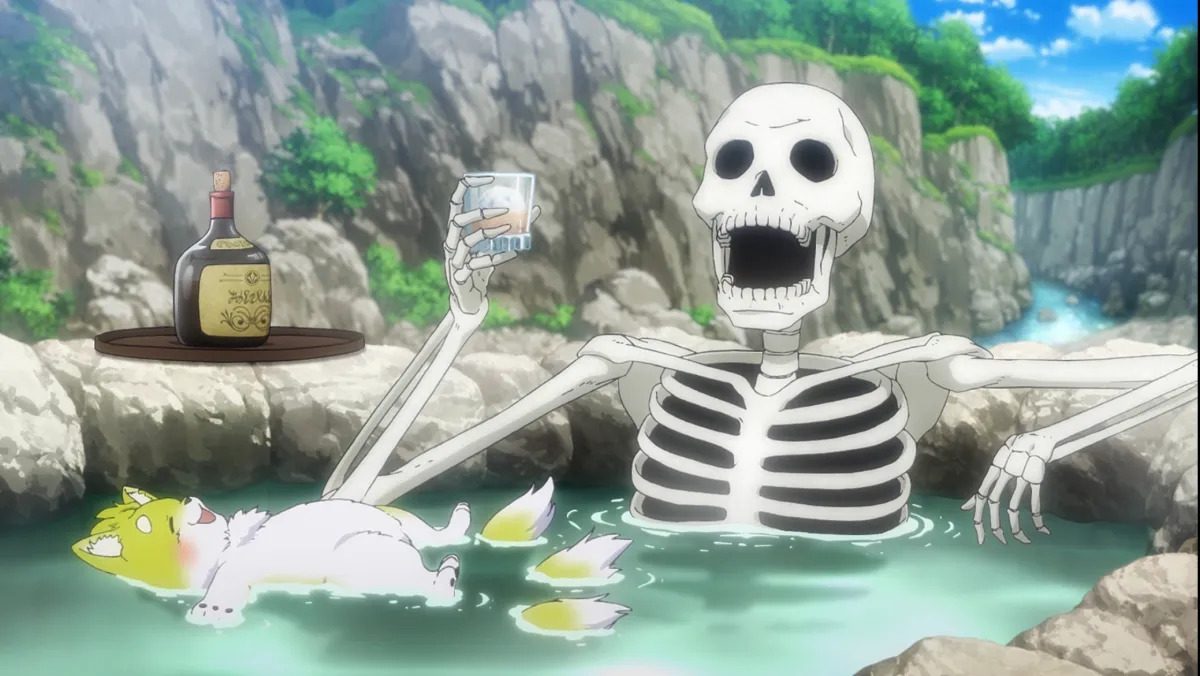 Still from Skeleton Knight in Another World

Also Read: Best Zombie Manga To Read In 2022 According To MyAnimeList

All the episodes of Skeleton Knight In Another World are available on Crunchyroll for the fans to watch them. But unfortunately, it is only available for viewing in some limited regions, namely, the United States of America, Canada, Mexico, and Brazil. Luckily for Southeast Asian fans, the show is available for free on Muse Asia’s official YouTube channel.