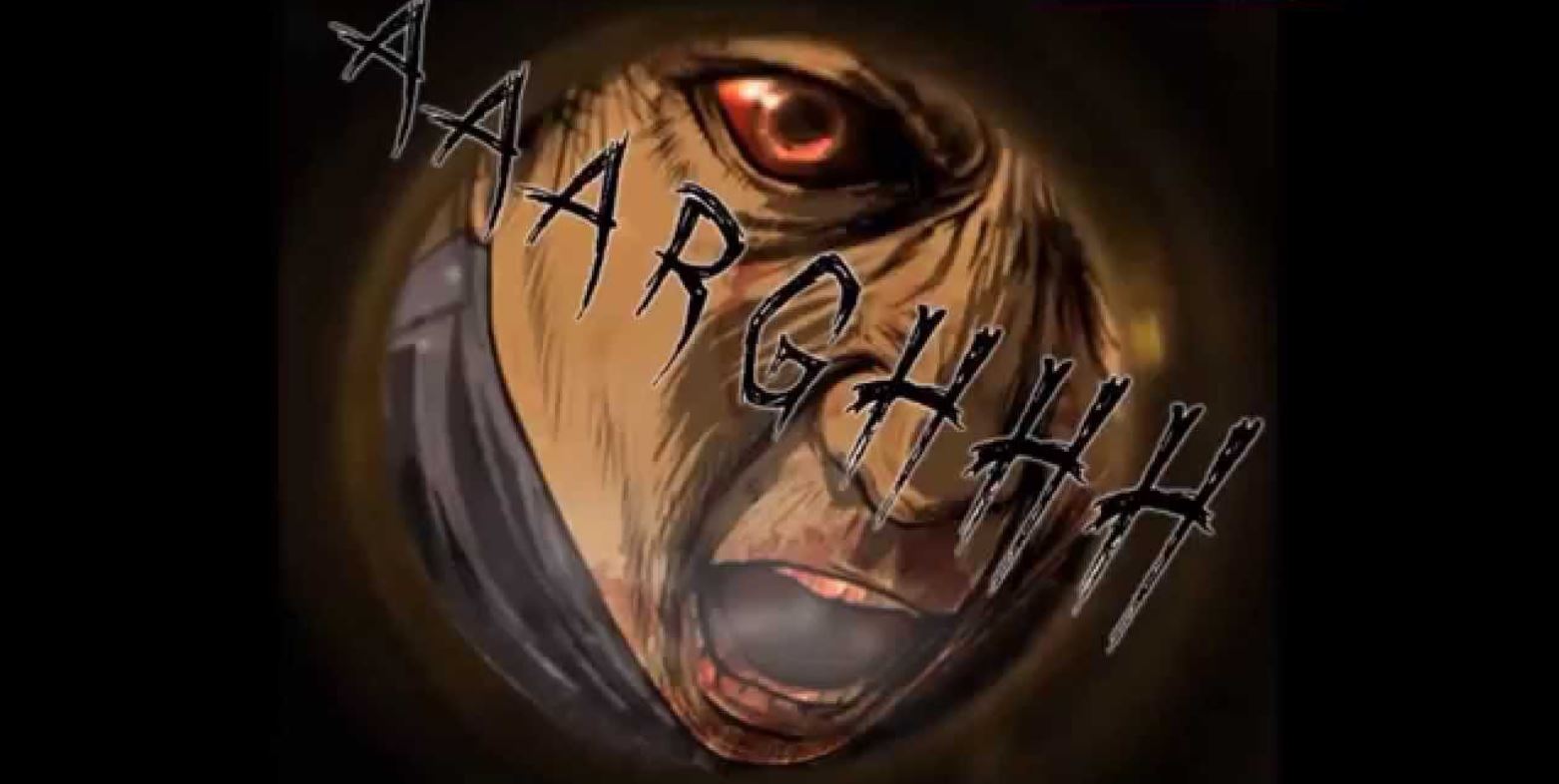 This one is for manga readers, and we all know that it takes a lot of time for one to become a quite established Otaku. So if you have been looking for the Best Zombie Manga to read, we have a list recommended even by MAL fans. We know that as a manga reader, once you reach that stage where you know about greater forums like MyAnimeList, then you have made the cut of the great manga readers there could be out there.

In case you have been looking for recommendations from MAL, then you should also check this list that we have here. There are different genres of manga out there. And we have different manga readers as well. This is why we’ve found ourselves today reading through articles like this one, where the best Zombie manga you can come across is collected in one place.

So all that is left is for you to check out these mangas and decide for yourself which ones you will find to your liking as a manga reader. Of course, you will like some more than the others. And there are those you won’t like as much. But the punchline remains; you will find one manga that you will like in this list, let’s have a look.

This manga is also known as “Is This a Zombie?” and its other alternative name Korezom made its debut on January 290 and ran until June 20, 2015, producing nine volumes. So if you really like completed manga, then this is one of the shows you should follow. Because you might have those fears where you have caught up with the series, and then you will be forced to wait every time for a new chapter to be released. 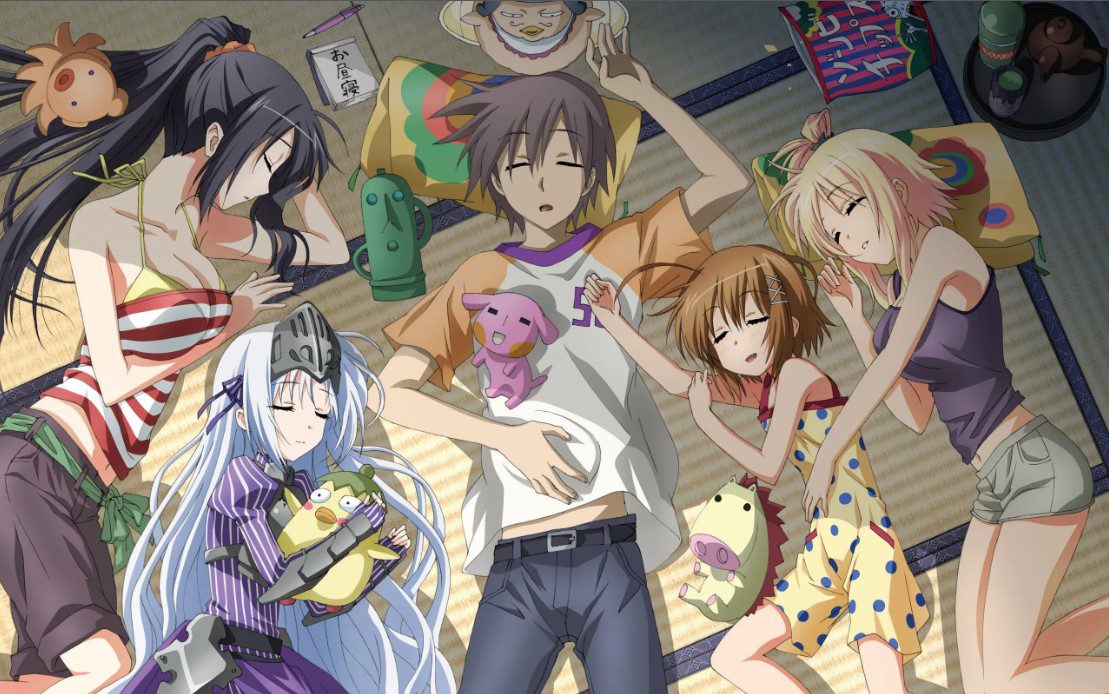 Korezom manga is about Ayumu who is a 16-year-old high school student who was tragically murdered during the investigation of a suspicious house. He is surprised when he later awakens next to a strange armored girlwho goes by the name Euclidwood Hellscythe. Euclidwood introduced herself as a necromancer who had turned Aymu into a Zombie, and this had Ayumu continue with her investigation.

Gakkougurashi follows a love story where Takeya Yuki is in love with the school. For her, it is a wonderful place as she gets to enjoy herself doing school activities, especially when it comes to school life clubs that she visits most often. The club has Rii as the president and Kukumi, who is another member of the club, together with Megu, the teacher, who are always there for each other. 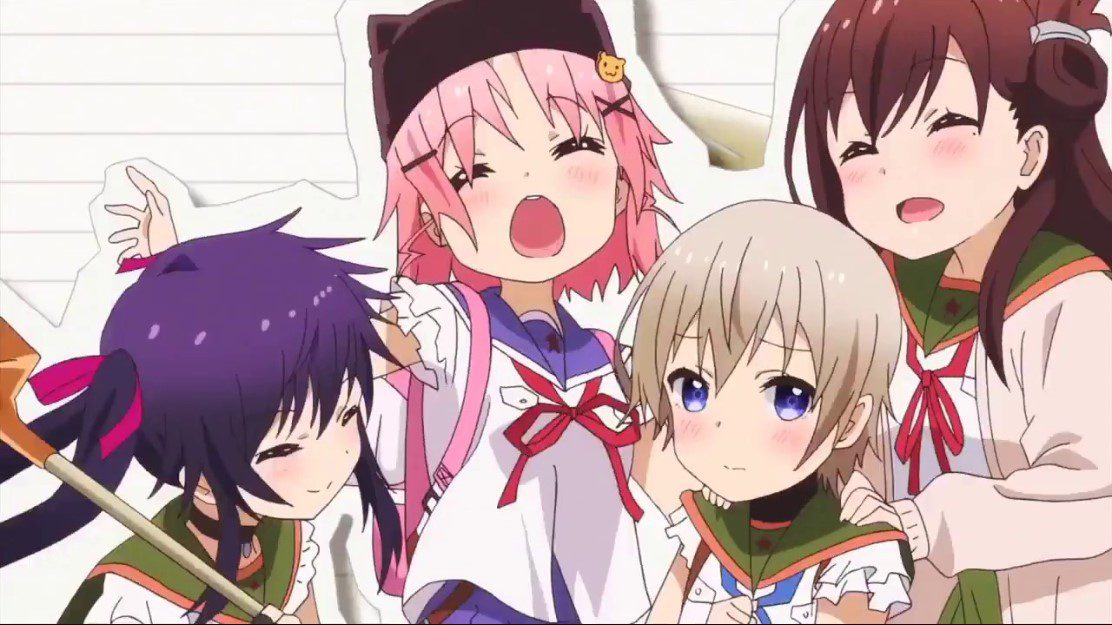 But the reality behind this club is that the other girls who have been working to keep her safe without her knowledge are actually the only survivors of their school after there was a Zombie outbreak that once overran the city. The manga was serialized starting from May 2012 up until November 2019 and led to the anime adaptation that ran for 12 episodes. 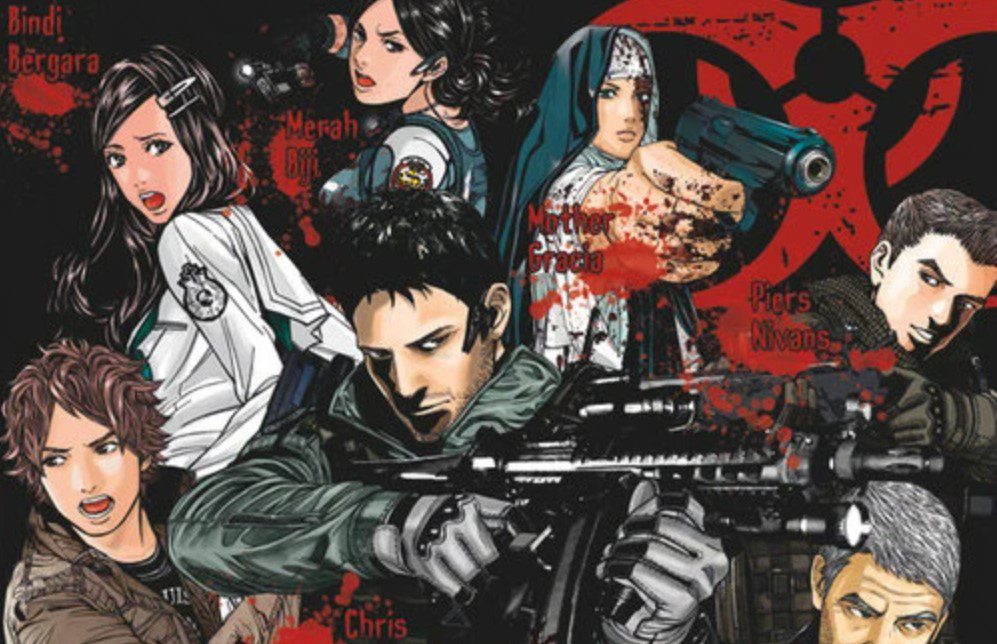 These are all movies and OVAs based on the Biohazard manga. Looking at the Biohazard Heavenly Island manga revolves around the film crew for the “Idol Survival,” the popular and internationally recognized television program where swimsuited idols get to compete in games. But the crew arrived on an isolated island that a TerraSave member, Claire Redfield, was visiting on an investigation. This led them across a village shaman and a voudou ritual as they found themselves in a Zombie outbreak, and they had to survive and find their way back.

Apocalypse no Toride manga follows the life of a boy named Maed Yoshiaki as he got falsely accused of murder. He was sent to the Shouran Academy Juvenile Center, which is, oddly enough, a blessing in disguise. Then he meets inmates like Yoshioka Masafumi, Yamanomi Mitsuri, and Iwakura Gou, making up cell 4. 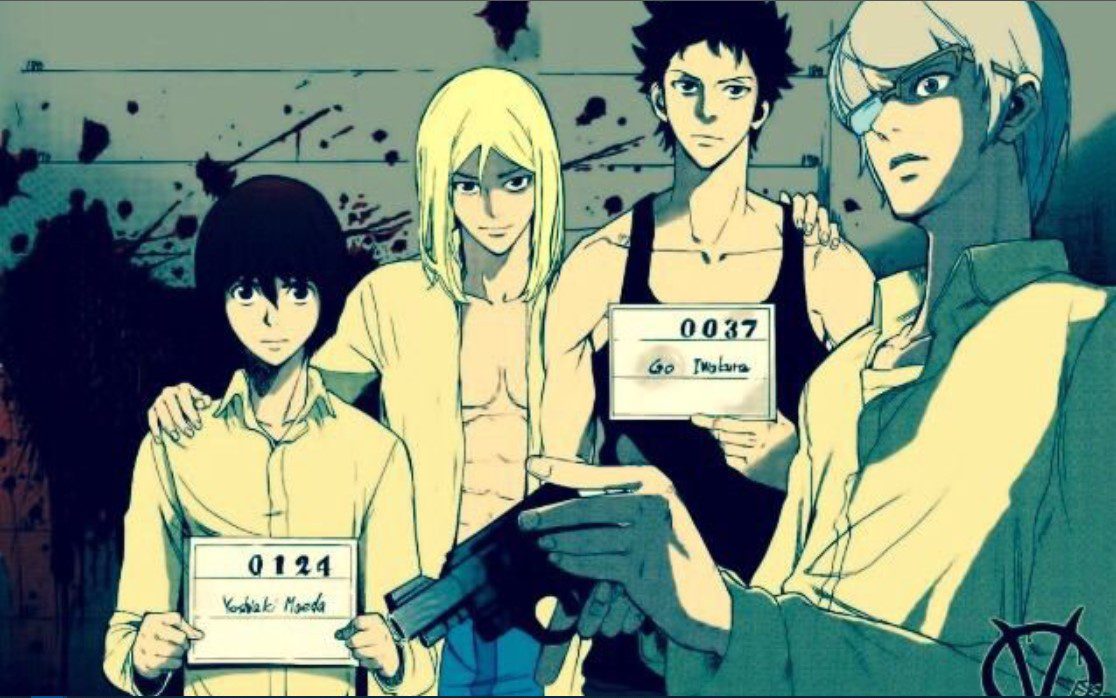 They were oblivious to what was happening in the outside world as it was turning into a Zombie apocalypse, causing public despair. Things got interesting when a Zombie got inside the reformatory and started to attack. And now they are forced to fight the monsters for survival or become one of them.

Also known as the Hour of The Zombie, the manga is set in a high school where students suddenly become Zombies. The manga was serialized in the Tokuma Shoten manga magazine in 2014, and it ended in 2018 producing four volumes.

The manga follows the life of Akira, who secretly fancies his childhood friend Kurumi, but she is in love with his friend, Umezawa. Akira became jealous of Umezawa, but he is also touched by his solid friendship. The three of them have spent happy days at school despite this uneasy triangle. One day some of the students started to attack people and turned them into human-eating monsters. Due to the ensuing chaos, Kurumi and Umezawa also turned into Zombies and are now cornered by Kurumi. Akira braces for her fatal bite, but she manages to come to her senses as a Zombie outbreak goes on.

This manga is straightforward, as its name suggests. A new infection managed to spread around the planet and is turning people into Zombies. The story starts a few minutes before the first case and shows the struggle of six young people trying to survive this new world. 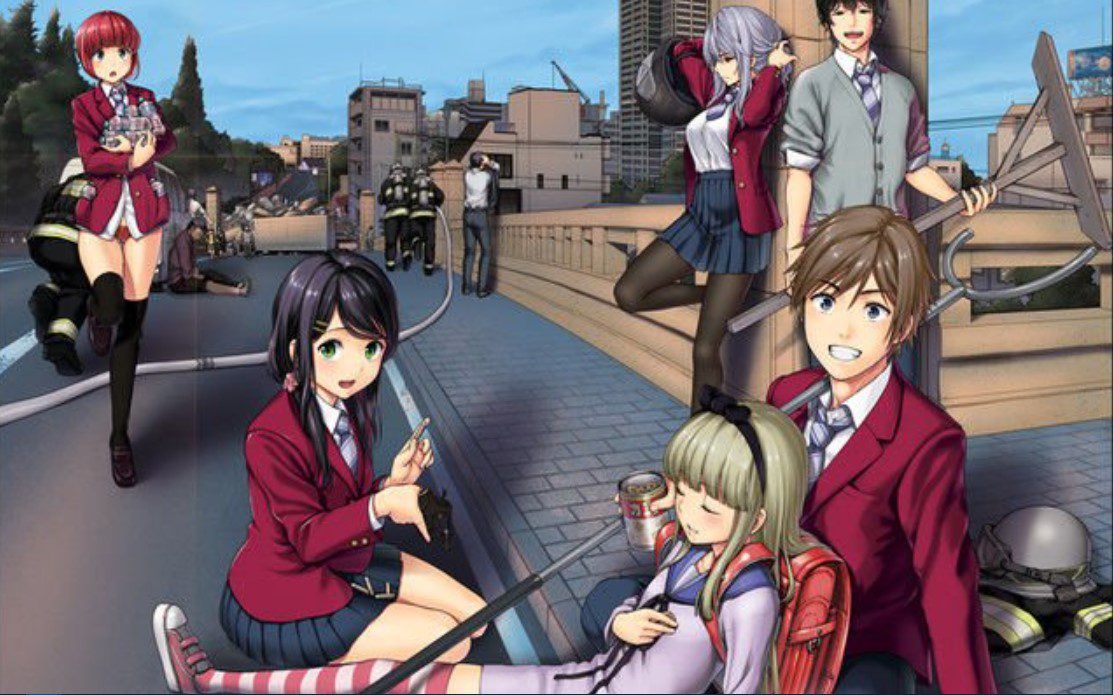 Sankarea manga follows the life of Chihiro Furuya, who is a student with keen interest in zombies. So he goes around collecting Zombie related videogames, films, and manga. He even goes as far as desiring to kiss a Zombie girl. When his pet cat Bub died, he attempted to revive it using an old manuscript that described how to create a potion for resurrection. 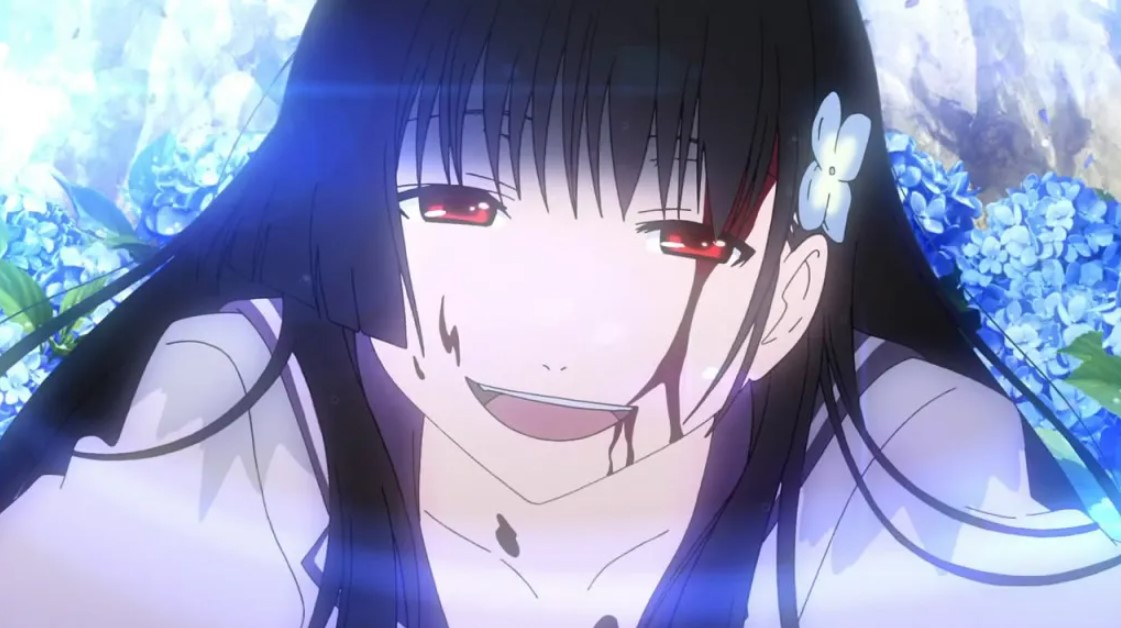 When a man-made pathogen known as the K virus was accidentally released from Fieldwar Labs in the center of Tokyo City, Tokyo was overrun by flesh-eating Zombies. In the hopes of saving the last survivors of the apocalypse, an organization known as Madara sent out its rookie members to try to find a cure. But Young Itachi must survive the Zombie Ravaged streets of Tokyo while searching for the missing that is integral to Japan’s survival. 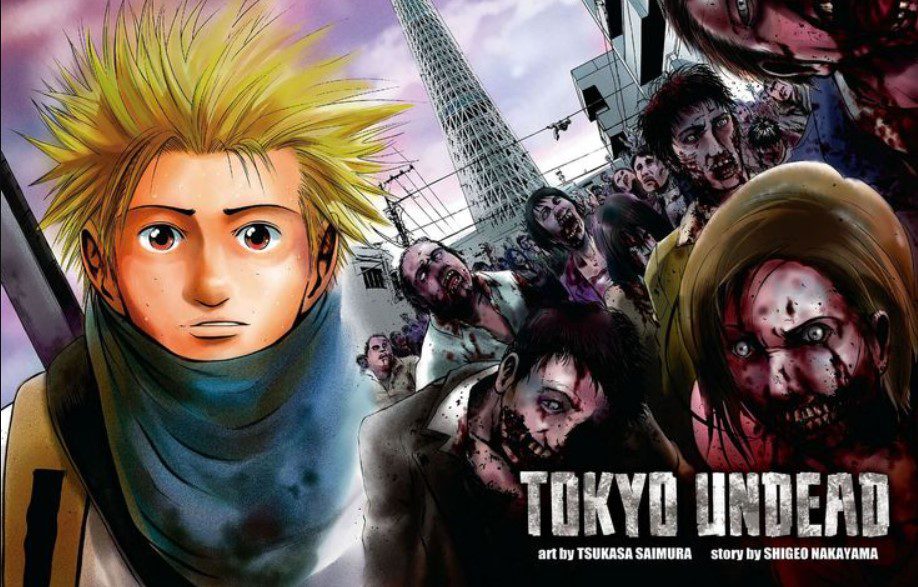 This one is basically a webtoon, but it still follows the Zombie genre. Dead Days take place after the 4th day when the Zombie virus broke out. It is a story about the will of the remaining survivors to live. Their survival instincts kick through, mixed with their selfish desires. It is a thrilling tale about the survivors of a Zombie apocalypse. 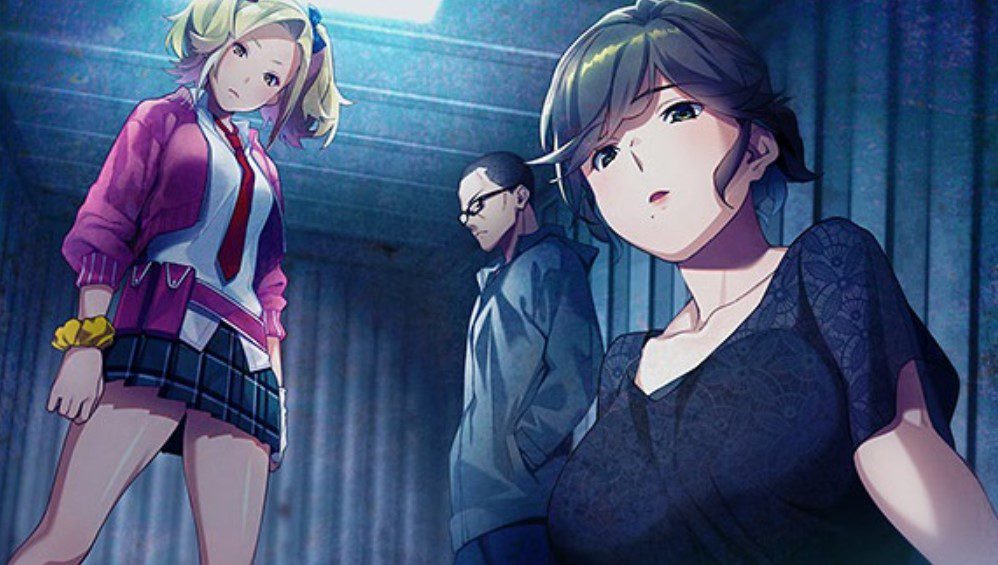 While the world was in the midst of an industrial revolution when horrific creatures started to emerge from a mysterious virus, the only way to kill other creatures was by destroying their steel-coated hearts. They are Zombies of a different kind as they can also infect people through bites. 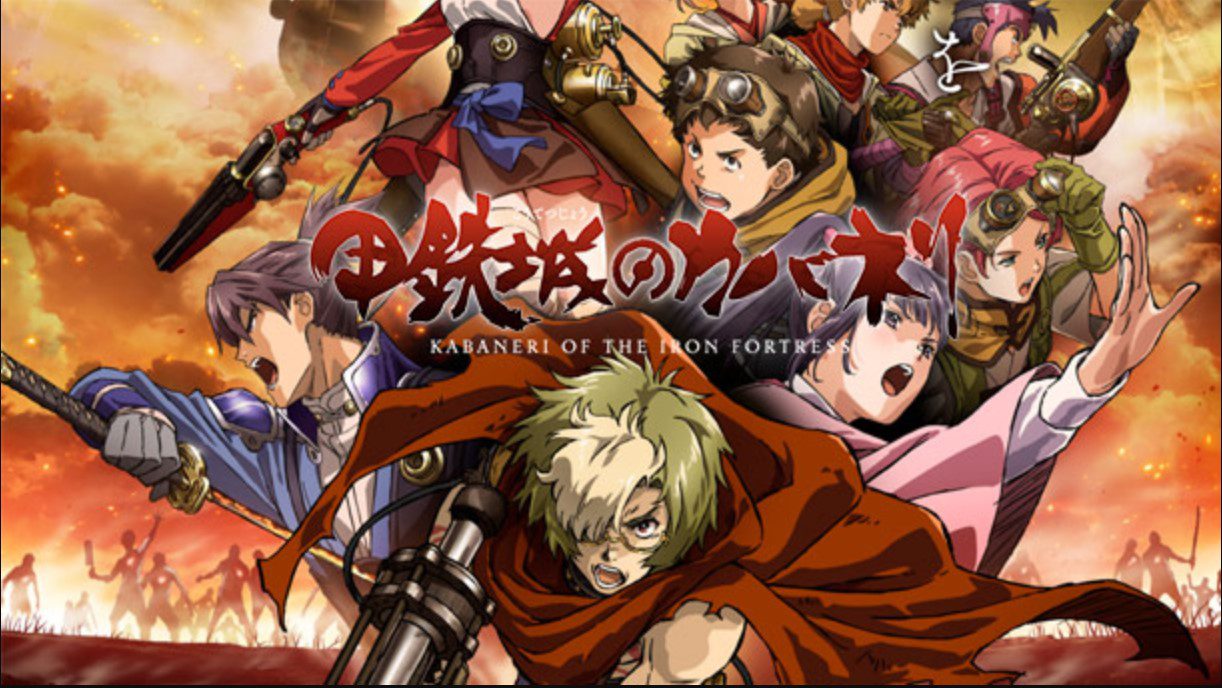 Only the most fortified of the civilizations managed to survive this Zombie outbreak. And this is the same case on the island of Hinomoto, and mankind has managed to create a massive wall to protect themselves from the endless hordes of Kabane. Humans make entry and exit into these walls through heavily-armored trains. Ikoma managed to create a powerful weapon that can pierce through the hearts of Kabane as he looks forward to how his weapon will fare against the Zombie-like Kabane.