Grey’s Anatomy Season 18 Episode 20 is a watershed moment in the long-running medical drama. It’s episode 400 and the final episode of the season. And they’re celebrating with a double episode! Yes, that’s two hours of Grey’s Anatomy drama for your viewing pleasure, bringing the season to a close.

The last episode will put everyone around the hospital to extremes because the hospital’s supervisors are debating whether or not to continue the residency program. The episode will look at how this will affect the lives of the people who work there. Let’s look at this week’s episode now.

Winston was on the lookout for his brother. Wendell, his brother, duped both him and his wife out of thousands of dollars. Each! Wendell claimed he had terrible people looking for him because of a loan shark debt. But there was no reason to obtain the same amount from two different people. Winston didn’t realize it until he talked to his wife Maggie, and by then, Wendell had left town. It’s unclear whether he was telling the truth about being in debt to loan sharks or if he came to town to con them out of money. Wendell was caught in the breeze. He vanished after receiving the money, and Winston had no idea where he was.

The money had vanished. Maggie recognizes that they will never get it back, so they should move on. They were on probation with the accreditation council, but there was also a blood shortage, and the hospital had to start a blood drive to get the blood they needed to stay open. Everyone else was at the blood drive. Schmitt could not donate blood because, as a gay man, he could only donate blood if he had not slept with anyone in the previous three months. As a result, he was ruled out.

Meanwhile, the hospital was recruiting volunteers to donate blood. Amelia offered to help. She donated blood alongside Maggie, and they began talking about Winston. Amelia agreed with Winston that their sisterhood was distinct from that of siblings growing up together. Amelia’s sisters can get under her skin like no one else.

Meredith grew up both alone and under the watchful eye of a tyrant. Meredith has nightmares about her mother, Ellis, who was a horrible woman. Meredith reflected on this as she assisted Nick with his patient, Cora. Cora is suffering from a tumor. Because the cancer was in such a difficult location, the doctors wanted to give her more time.

Miranda has a meeting with Jamarah, who says she heard about the blood transport problem. Miranda then informs Jamarah that Owen and Teddy have resigned, and Meredith is leaving. Jamarah claims that Meredith’s procedure was unnecessary, caused too many problems, and she disobeyed Richard’s order. She informs Miranda that she has decided to discontinue the residency program. Jamarah assures Miranda that they will place the residents in the best possible location and that, in the meantime, Miranda must turn around the program.

Winston claims it took a lot for him to tell Maggie he loved her and propose to her. He tells Maggie that he doesn’t believe they married too soon but that they must continue to learn about each other. Maggie smiles at him and draws him in for a kiss. Jackson informs Meredith that Catherine and Richard will be taking a sabbatical. He then asks Meredith to withdraw her notice, and she expresses her resentment at his request. Miranda hands Meredith the keys to the Chief’s office and tells her that she needs to protect herself and her sanity first, so she’s leaving. Jackson offers Meredith more money than she would make in Minnesota, claiming she can’t go now. As he walks away with April and Harriet, he tells Meredith to think about it. 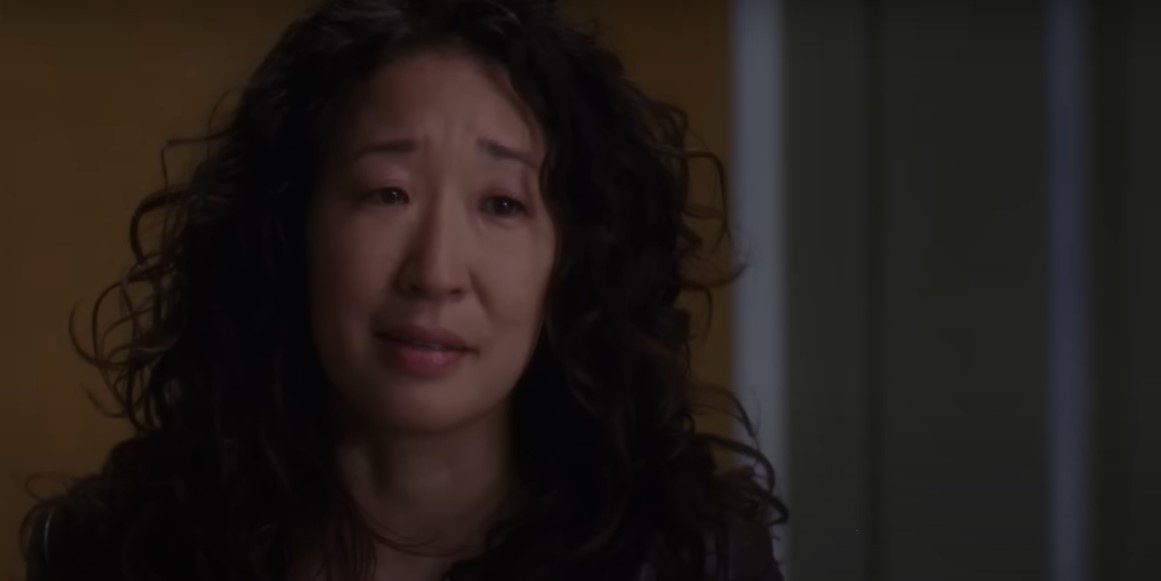 Meredith sits in the Chief’s chair, looking dissatisfied. Meredith tells Nick that he should return to Minnesota when he walks in. Nick admits to Meredith that he understands how difficult it is to leave somewhere they’ve been for so long. Meredith wonders why Nick didn’t stop her if he was aware of the situation, but he didn’t want to tell her what to do.

Meredith continues to tell him to leave, claiming that she has a lot of work to do at Grey Sloan. They show a montage of some of Grey’s Anatomy’s most memorable moments from the last 18 seasons, with a “Chasing Cars” rendition playing in the background. Meredith jumps up when she sees her younger self through the window of the Chief’s office. She rushes out of the office and calls Nick, but he has already left.