HBO´s successful fantasy drama series by George R.R. Martin’s novels “A Song of Ice and Fire” will soon see its final season. So do will we see Rhaegar Targaryen Return in the forthcoming season?

Game of Thrones Season 8 Plot: What to expect?

This season will depict the logical finalization of the chain of events set in motion throughout the last two seasons, a power grab from the Northern Kingdoms. Set in motion by Daenerys Targaryen (Emilia Clarke) with the support of Tyrion Lannister (Peter Dinklage), & Jon Snow (Kit Harington). The queen of dragons plans to take over the capital city of King’s Landing, currently under the tyrannical rule of a maddened Queen Cersei (Lena Headey) as she prepares the defense of what’s left of her kingdom after the death of all her offspring.

Showrunners David Benioff & D.B. Weiss plan to expand the ideas and story arc of this series by giving closure to the myriad of characters that compose the plots in the novel. Season 8 will consist of content not present in “A Song of Ice and Fire”, both showrunners keep close contact with Game of Thrones’ creator, George R.R. Martin about how this successful series is going to end.

It was no easy task for the showrunners to write the final season, with an ensemble cast & multiple, intertwining story arcs, coupled with a one-hour format, it’s a challenge for the producers to depict closure without sacrificing some key elements.

Benioff & Weiss count on an outstanding crew, as the directors for season 8 are the same ones that gave the audience unforgettable episodes such as “Hardhome”, the “Battle of the Bastards” & “The Rains of Castamere”. These were episodes that left worldwide audiences enchanted on this production by HBO. It’s confirmed that the final episode of this series was directed by Benioff & Weiss, making the series’ finale the third cap for their directorial careers as they have previously co-directed two other episodes.

Game of Thrones shooting takes place in several parts of the world, for season 8, the crew shot in Northern Ireland, Croatia & Canada. Filming began in October 2017 and concluded in July 2018. 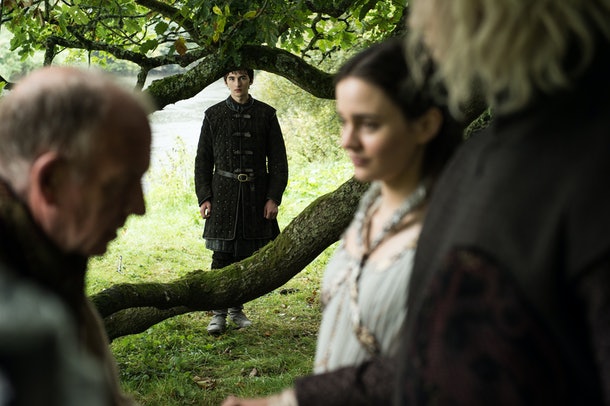 Why is Game of Thrones Season 8 so short?

Fans worldwide want more of Game of Thrones, the main question being “why is the final season so short?”, for the producers, creating a 14-episode season was impossible because of the production constraints that HBO demands of their content creators. Still, despite the short episode run, the new season will have more than an hour in length.

The now-iconic music of Game of Thrones, composed by Ramin Djawadi is available for streaming on Spotify & Apple Music from May 19, 2019.

Premiering on April 14, 2019, the final season of Game of Thrones will consist of six episodes. We wrap up our coverage of Game of Thrones Season 8 reminding our readers to keep checking our website for more updates on every HBO show