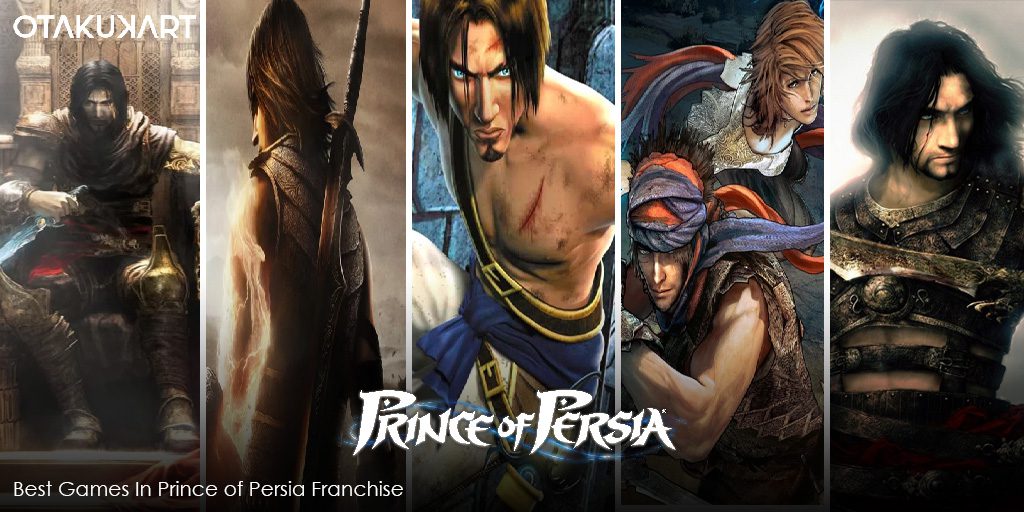 7. Prince of Persia The Forgotten Sands 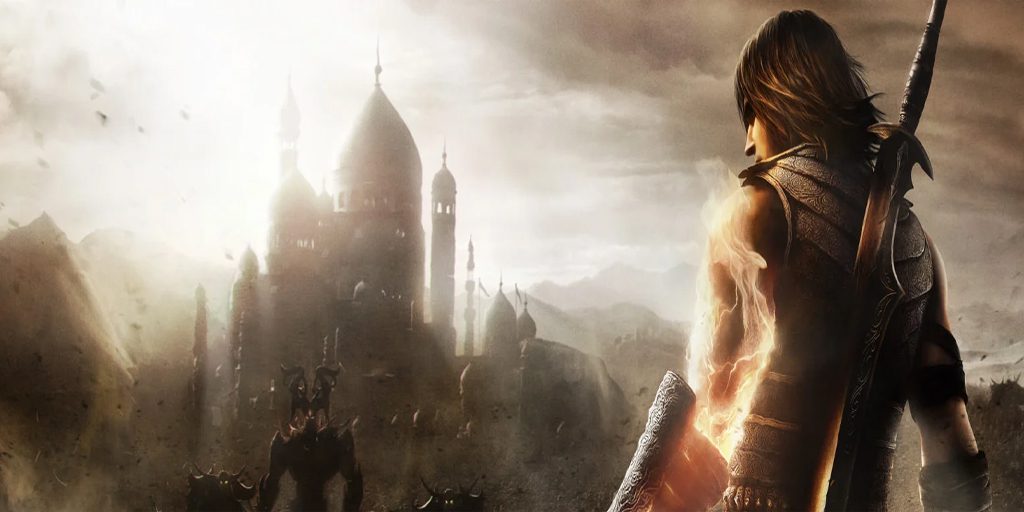 Prince of Persia The Forgotten Sands

The thing which made this game bad were the bugs that heavily infested it that sometimes broke it. Many players have said that the game just automatically deleted the saved files and reset the game from the beginning, to the short length.

The Forgotten Sands takes place in the Sands of Time saga. The events happen between the events of The Sands of Time and Warrior Within, where the Prince goes to his brother’s kingdom to learn the leadership from him. During the visit, Malik’s kingdom gets attacked by the Solomon Army. The Prince navigates through the kingdom and defeats djinn Ratash and his sands army.

Also Read: Interesting Facts About The Prince From Prince Of Persia 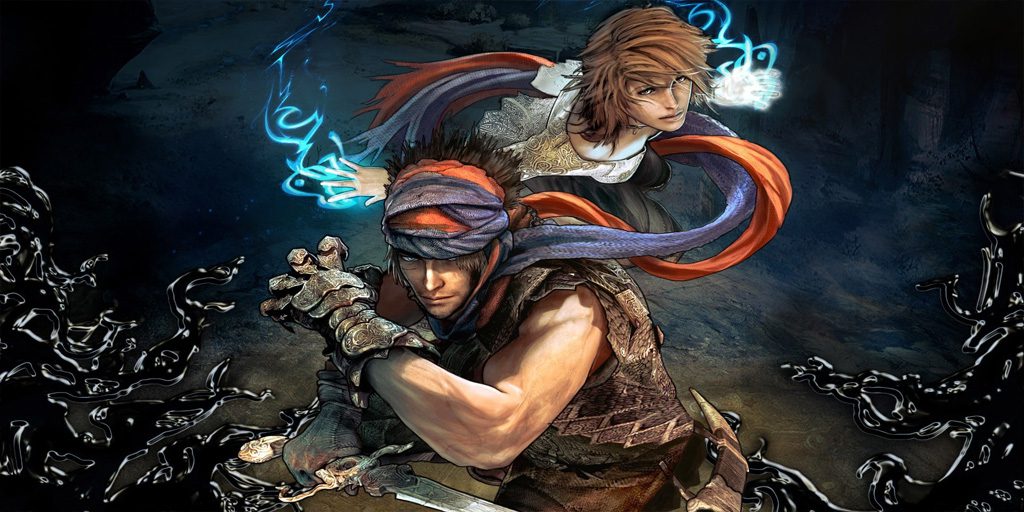 The game brought a new feature, where a secondary character, Elika, follows the protagonist and helps him during tough situations. The chemistry between the two characters was also a good part of the story. It was a very new thing that franchise had seen. But visuals and combat are not everything. Prince of Persia had a very so-so story, the fighting sequences were very limited, the unkillable protagonist, and the repetitive gameplay.

The game takes place in an unknown ancient city of Persia. An unnamed adventure comes looking for his pet donkey but gets involved in an event where he must defeat all the four servants of Ahriman and seal him to make the world peaceful again with the princess of the kingdom named Elika.

5. Prince of Persia Warrior Within

With the huge success of The Sands of Time, Ubisoft quickly went into the development of the sequel and released it in 2004. Warrior Within was everything that the first game was not. It was dark, heavily based on violence, and had a convoluted plot. 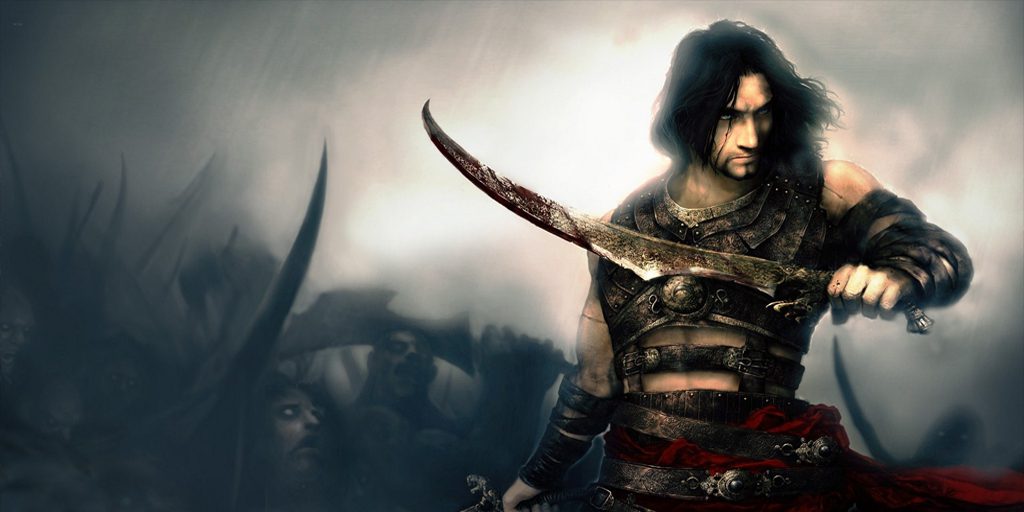 Prince of Persia Warrior Within

Prince of Persia Warrior Within has a much better combat sequence than the predecessor. The platformer experience was also very nice. The new feature of dual-wielding weapons and using them simultaneously is where it shined the most. But the thing which really held it back was the story. Original creator Jordan Mechner also did not like the Warrior Within overall.

Prince of Persia Warrior Within follows the Prince, who is running away from the Guardian of Time, Dahaka, to change his fate. He learns of a location called the Island of Time, where he can change his fate. Upon reaching there, he finds many traps and enemies.

4. Prince of Persia Shadow And The Flame

Prince of Persia The Shadow and the Flame was released in 1993 and is the sequel to the original game. The game was also successful. 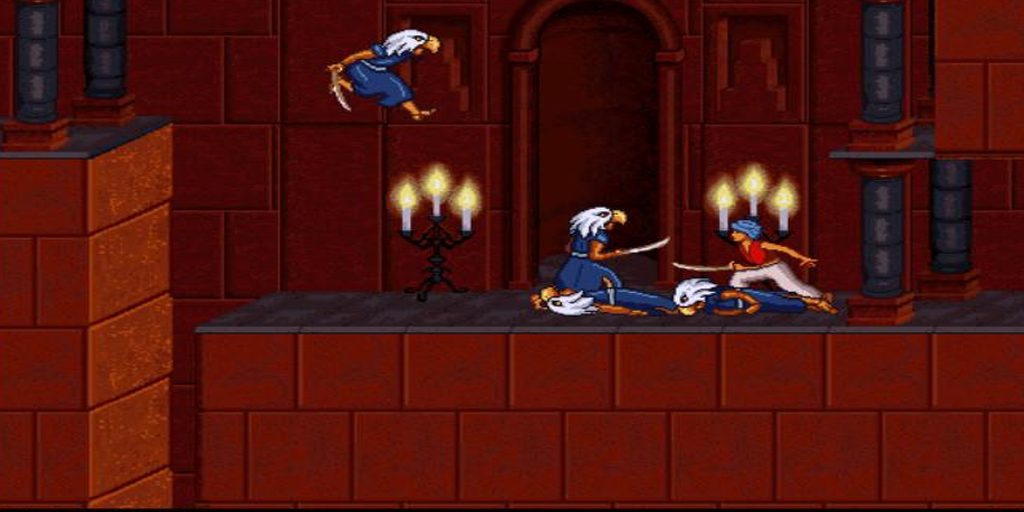 Gameplay Still from Prince of Persia Shadow and The Flame

The music, the challenges, a good story made the Shadow and the Flame a true successor to the original Prince of Persia. The first game increased the enemies’ encounters as well as the number of foes swarming around you during the fights.

The game follows the Prince eleven days after the event of the original Prince of Persia, where the evil Jaffar returns, captures the princess, and sieges the throne of Persia. The Prince then goes on the quest to save the princess and Persia from the Jaffar.

3. Prince of Persia The Two Thrones

The finale of the Sands of Time trilogy, Prince of Persia The Two Thrones, takes third place in this list. This game ended the trilogy with a bang, with the ending very satisfying. The game went back to the roots of the first game, with a much lighter tone than Warrior Within. 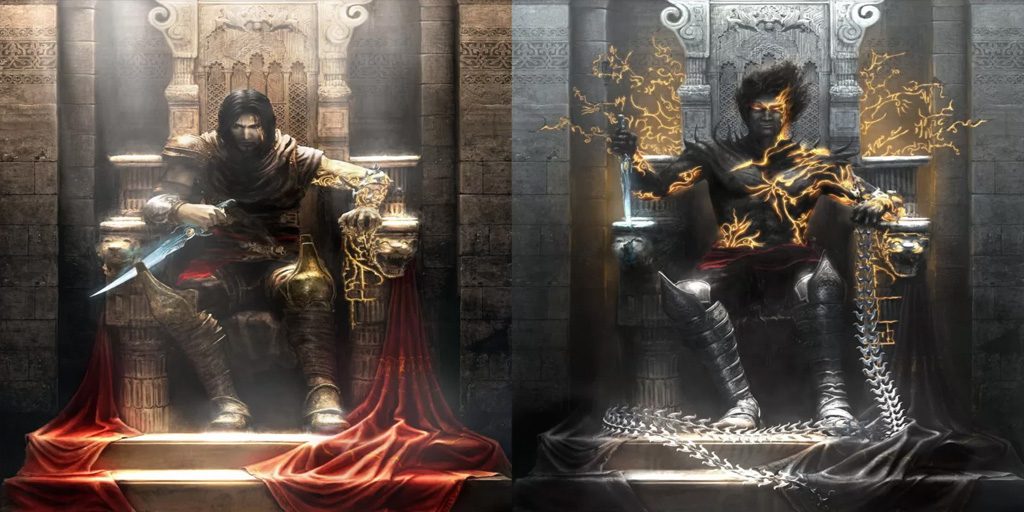 Prince of Persia The Two Thrones

The Two thrones continue right after the Warrior Within and introduce many new aspects around the characters. The story fleshed out the character of the Prince. The best part about The Two Thrones is the alter ego, The Dark Prince, which constantly talks with the Prince, sometimes taunting him other times helping him through. When the Prince transforms into the alter ego, he wields a new weapon called daggertail.

The Two Thrones follows Prince’s return from the Island of Time with Kaileena, only to find his kingdom, Babylon, attacked by Vizir. Vizir captures Kaileena and kills her to release Sands of Time to become immortal. The Prince must navigate through Babylon to find and defeat the Vizir.

The OG Prince of Persia started the saga of a Prince going on a journey to save the kingdom from evil wizard Jaffar. 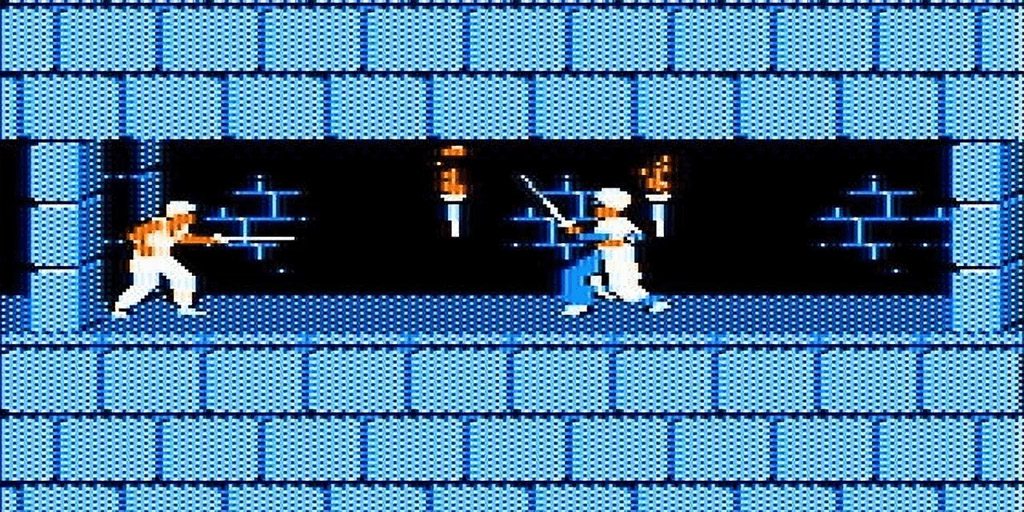 Gameplay Still from Prince of Persia 1989

Prince of Persia follows an unnamed man whom Jaffar throws in a dungeon, which he must escape and reach the palace tower. In the palace tower, he must fight and defeat the Jaffar to rescue the princess of Persia.

Also Read: Prince of Persia: Does Kaileena End Up with Prince?

1. Prince of Persia: The Sands of Time

Prince of Persia, The Sands of Time, the first Triple-A title and 3D title in the franchise, will always be the best game. The game started the trilogy of sands of time, where the Prince must undo his mistake. 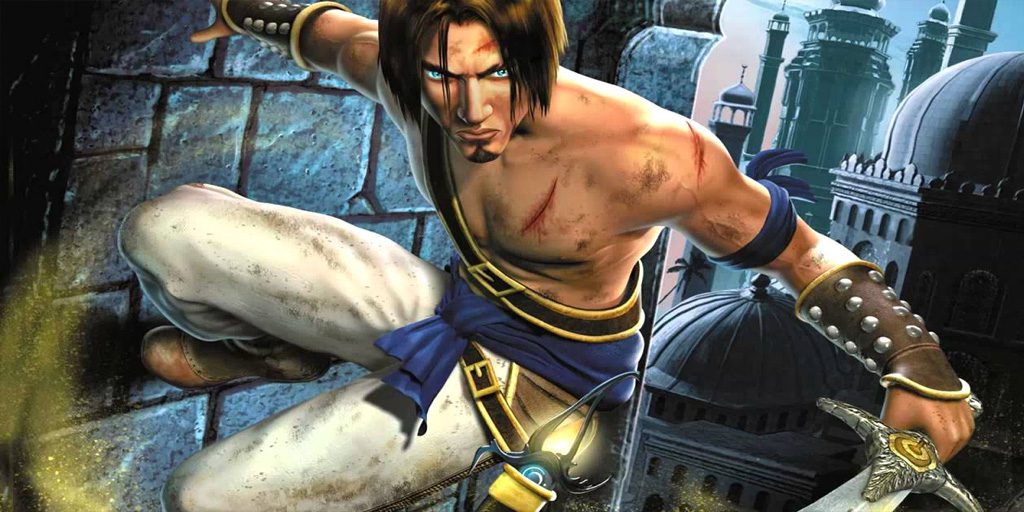 Prince of Persia The Sands of Time

The Sands of Time captured the platformer genre with action-heavy battle sequences very clearly, making it much more fun to play. The use of Prince’s acrobatic skills like wall-running, ledge grabs, etc., was also very good and new for the time. The best thing of the game was obviously the Dagger of Time, which reverses the time and helps in learning how not to do something. It is one of the best games in the PlayStation 2 generation.

The Sands of Time follows an unnamed Prince of Persia, who with his father captures India with the help of the traitorous Vizir. The Prince then finds a Dagger of Time, which reverses the time. He is then tricked by Vizir to release the Sands of Time from the Hourglass. The game then follows the Prince, who works with Farah on his quest to correct his mistake and defeat the Vizir.