Does Kaileena end up with Prince in Prince of Persia franchise? This article will detail all about the Kaileena and her fate with the Prince. 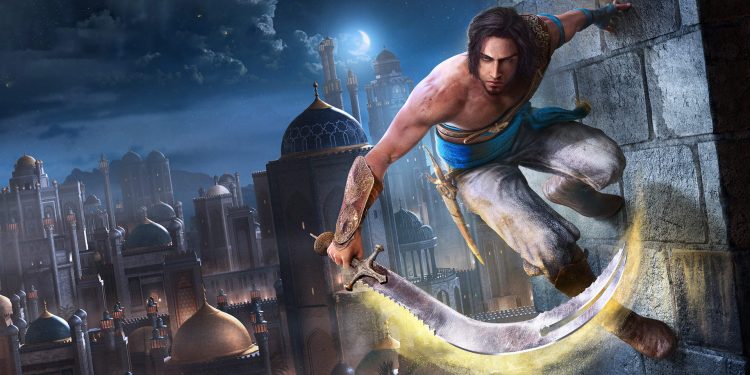 Who is Kaileena in Prince of Persia?

Kaileena is an important character introduced in Prince of Persia: The Warrior Within. In the Warrior Within, she is first encountered in the strife between Shahdee and herself. The Prince arrives on the scene and helps Kaileena kill Shahdee. The Prince introduces himself, and when asked about her, Kaileena does not reveal her true self. Instead tells the Prince that she is a servant of the Empress of Time. When the Prince asks the whereabouts of the Empress, she tells him not to look for her master. Their conversation is interrupted as the place starts crumbling, and they both are separated.

Kaileena later meets the Prince again in the fortress’s main chamber behind the throne room in which the Empress resides and is busy making sands. But he can not enter the throne room as its doors are locked. The Prince has to journey two different parts of the fortress to unlock the door. Kaileena aids him on his journey by giving him information about the towers and swords, which are the Serpent Sword and the Lion Sword. The Prince enters the throne room with Kaileena after unlocking its door. Inside, Kaileena reveals herself as the Empress and uses her power to kill the Prince but fails and dies.

The Prince then travels back in time, before he even met Kaileena, to change his fate. Now knowing what he must do, he again meets Kaileena inside the chamber and brings him to the present using the time portal. At present, Kaileena attempts to kill him but, the Prince tries to convince her not to fight him and leave the Island of Time with him. But in the process, Dahaka, the guardian of time, comes and tries to kill Kaileena because she is not from the present timeline. To save Kaileena from Dahaka, the Prince attacks him with the Water sword. Kaileena and the Prince kill the Dahaka and leave the Island of time together.

Also Read: Does Arno end up with Elise? What Happened Between the Assassin’s Creed Duo?

Does Kaileena End Up With The Prince?

There are two scenarios to answer this question. The second time when the Prince meets with Kaileena after going back in time, the player must complete certain requirements to have the ending where she leaves the Island of Time together with the Prince.

Players must collect all life upgrades for the Prince in Warrior Within. After collecting all the life upgrades, the Prince will get the Water Sword. Only after getting the Water sword, the game will trigger a good ending scenario, where Kaileena leaves the Island of Time with the Prince.

What Happens In The Bad Ending?

If the player fails to miss any life upgrades before confronting Kaileena for the second time, they will not get the Water Sword. The player will continue with Scorpion Sword. After meeting Kaileena in the throne room again for the second time, he lures her to the time portal and sends her to the present timeline. He goes into the current timeline and fights her. He eventually kills her. After killing her, he alone returns to his home, Babylon. In this scenario, he does not end up with Kaileena.

What Happens In The Good Ending?

If the player collects all the life upgrades before confronting Kaileena for the second time, they will get the Water Sword. The player will continue with Water Sword. After meeting Kaileena in the throne room again for the second time, he lures her to the time portal and sends her to the present timeline. He goes into the current timeline and convinces her not to fight and change her fate. The Dahaka comes there and tries to kill Kaileena, as she does not belong in the present timeline. The Prince with water swords kills Dahaka. The Prince and Kaileena leave the Island of Time together.

After she made peace that she has left the Island, she begins a relationship with the Prince during their return to the home of the Prince, Babylon.

But the happiness is short-lived when they arrive in Babylon. Vizir, the main villain of Prince of Persia: The Sands of Time, has attacked Babylon. He attacks the ship of the Prince. The Prince and Kaileena are separated, and Vizir’s swordsman captures Kaileena. The Prince follows them until he meets Vizir again, who reveals his plan. He plans to kill Kaileena and free the sands of time to become young and immortal. He kills Kaileena, this time for real, and becomes immortal. The Prince grieves Kaileena’s loss and kills Vizir. When the Prince kills Vizir, Kaileena comes in the form of spirit and tells the Prince that she was not meant for his world. She destroys the sands of time from the world and from within the Prince before departing from the world.

In any scenario, Kaileena does not ends up with the Prince. Either the Prince kills her in Warrior Within or, Vizir kills her for his own selfish reason in Prince of Persia: The Two Thrones. She is a tragic character in the franchise.