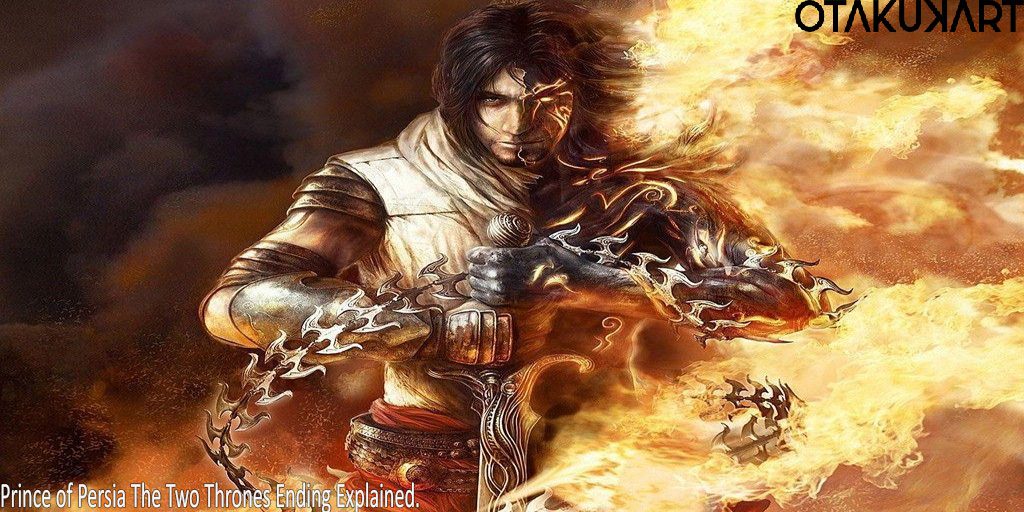 Prince of Persia The Two Thrones

Prince of Persia The Two Thrones follows the unnamed Prince on his return to Babylon, where he finds it under attack by Vizir. The game follows him in his journey to free his kingdom’s people from Vizir, all the while dealing with a different entity residing within himself. Prince of Persia: The Two Thrones was received positively by critics and fans. The game’s story was the most liked thing about the game. The game has sold over one million copies making it a commercial success. 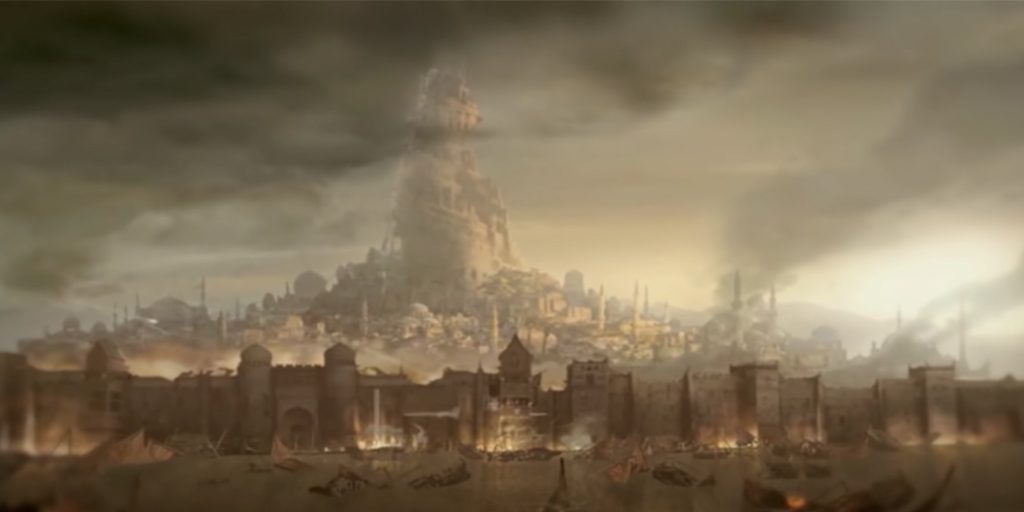 When they both return to Babylon, they see that it is under the war. The Prince’s ship is attacked and destroyed, due to which he and Kaileena both separate. When the Prince wakes up, he finds her getting dragged away by some guards. The Prince follows them and reaches the throne room, where he finally sees the ravager of Babylon, Vizir. Vizir tells the Prince that he will kill Kaileena with the Dagger of Time and release the sand of time to use its power to become young and immortal. Vizir kills Kaileena and then impales himself with the dagger to achieve what he wants. The sands start to infect everyone in that area, including the Prince, getting a dagger-tail embedded on his skin. The Prince retrieves the Daggers of Time and falls down when the area collapse.

Prince, under his hand’s pain, falls down a sewer and gets out in the outskirts of Babylon. During the Prince’s journey back to Babylon, he finds out that his mind has grown a new persona due to the sands of time, which is the complete opposite of the Prince, the Dark Prince. The Dark Prince only wants vengeance against the Vizir for killing Kaileena. At irregular but sometimes at necessary points of time, he comes out and takes full control of the Body. The Dark Prince has dark appearances with bright spots on his left side. The Dark Prince uses the dagger tail as a weapon and an instrument. 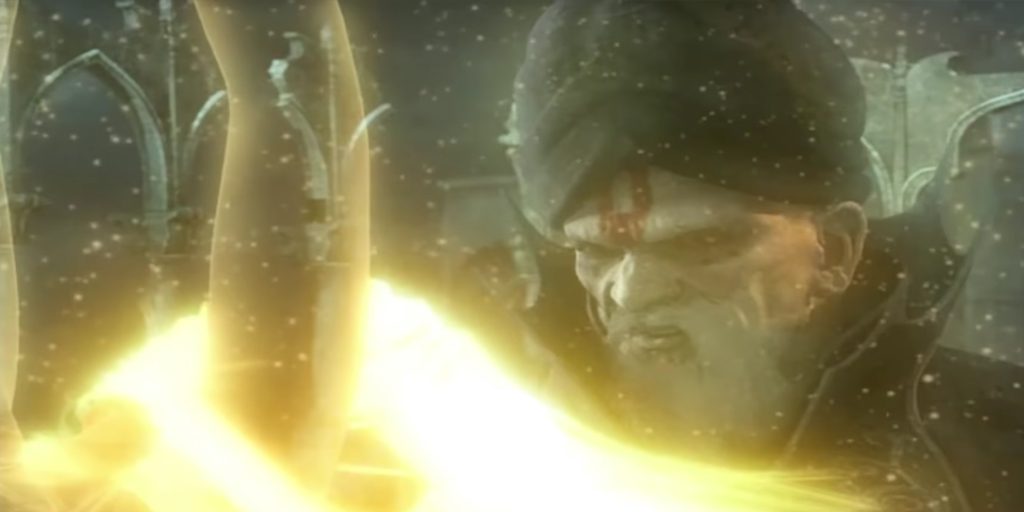 The Prince, during his return, defeats and kills the general of Vizir, beginning with Klompa. The Prince finds Farah again. But this time, Farah does not know him and is surprised that the Prince knows her. They both start working together and also begin a romance. But the Dark Prince’s influence starts deteriorating the relationship between the pair, which causes them an argument, and they separate. 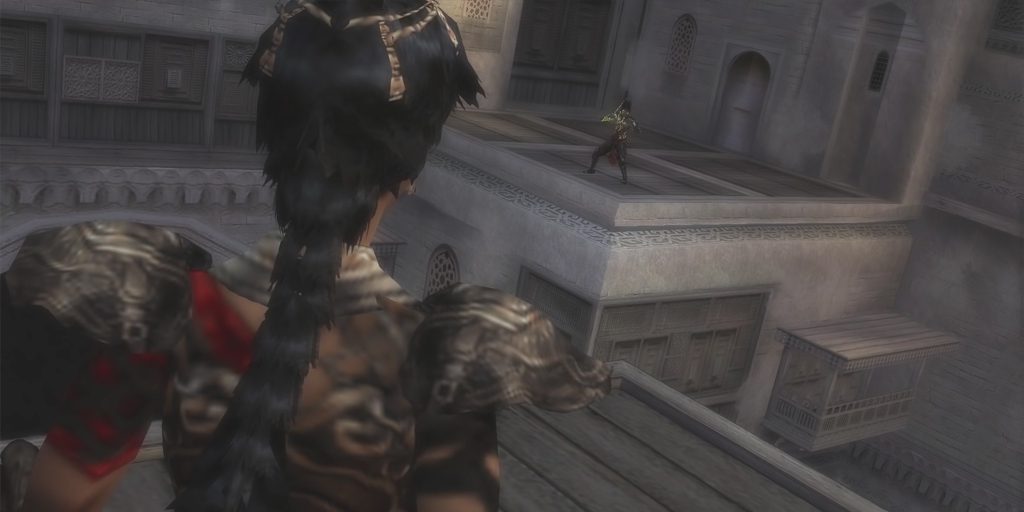 Farah Learns The Truth of the Prince

The Prince then meets with Farah again to resolve their argument but is interrupted by Mahasti, another general of Vizir. They both depart, and Prince goes to fight Mahasti. During the fight, the Dark Prince takes control and kills Mahasti. But Farah arrives and sees the Dark Prince. She tells him to stay away and runs away.

The Prince, after this incident, ignores everything the Dark Prince says. The Prince uses the power of the Dark Prince but does exactly the opposite of what Dark Prince wants, to help the people in need inside Babylon. He reaches the workshop where the Prince’s father statue is and uses it to smash the doors and rescue the people inside from the fire. The peoples impressed by the Prince starts cheering him. This cheering is cut short when two of Vizir’s general passes through there, injuring many people. The Prince follows them and defeats one of them, and the other dies by the arrow of Farah. They both then enter the palace but are cornered by the sand monsters. The people rescued by the Prince arrive and help him and Farah escape.

They enter the Palace, and the Prince apologizes for his past behavior. The Prince fixes the elevator and goes to the Hanging Gardens. In the deeper section of Hanging Gardens, Vizir captures Farah and throws the Prince down into an Ancient Well. The Dark Prince again takes control in the well, but this time he tries to take permanent control of the Prince. The Prince goes to the deeper levels of well to find a way to return to normal but gets weak slowly. 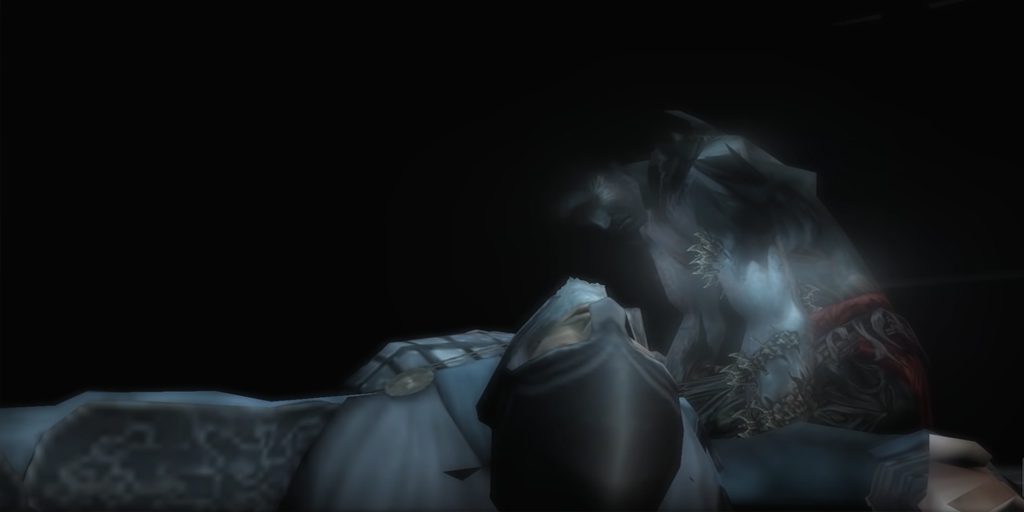 The Prince Learns of Sharaman’s Death

At the bottom of the well, the Prince finds out his father, Sharaman’s body. This breaks down the Prince, and he finally accepts all the consequences of his actions. His resolve for defeating Vizir gets stronger. He also tells the Dark Prince to go back to whichever blackhole he came from. The Prince returns back to his normal form and takes his father’s sword.

The Prince, with his strong resolve and his father’s sword, fights his way out of the Underground and gets back inside the Palace halls. He ascends a massive tower and confronts Vizir for a final fight, where he kills him with the Dagger of Time. The sands inside the Vizir release, and all the sand soldiers die. The people of Babylon rejoice for their victory. Kaileena appears in the form of sands and removes the sand infection of the Prince and from the world. She tells Prince that his world was not for her and she will find another one that will accept her. Kaileena says farewell to the Prince and tells him that his journey is at an end, and he disappears. The Prince then finds the Sharaman’s crown, and as he is about to pick it up, the Dark Prince takes it and traps the Prince in his own mind saying, “All that is yours are rightfully mine and mine it will be.” The Prince and Dark Prince struggle inside, but with the help of Farah, he abandons the Dark Prince. He wakes up and sees that Farah is worried. Prince Retells the Story to Farah

The game ends with the Prince answering how he knew her by retelling all the events from the first game, Prince of Persia The Sands of Time.