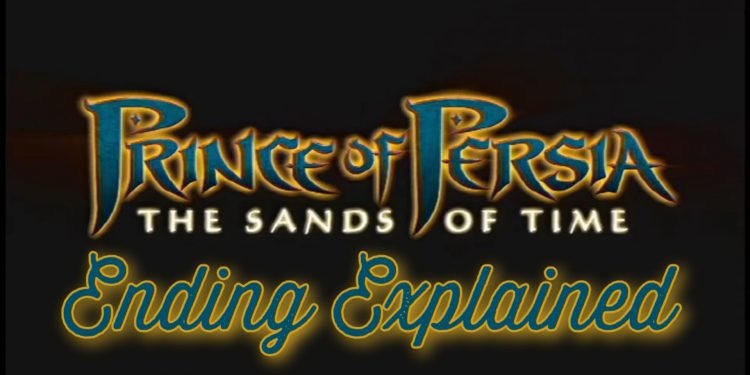 More about Prince of Persia Sands Of Time

They decide to gift the mysterious sand as a gift to the Sultan of Azad. But the Vizier tricks the Prince into releasing the Sands, which transforms the people into savage monsters under his control. Together with Farah, the Prince sets off to correct his mistake and foil the Vizier’s evil plans. A key mechanic in the game is using the Dagger to rewind time if the Prince ever makes a mistake, along with using it to kill and freeze enemies.

After Ubisoft acquired the Prince of Persia catalog, concept work began in the spring of 2001, and production began in June of that year. When it was found that the initial story was too complex, it was scrapped, and the team began to work with four guiding concepts: this includes the ability to rewind time. This idea was later grown into the Dagger, the Sands, and various other powers in the game.

Mechner prepared another script that drew inspiration from the Shahnameh. Ubisoft used the Jade engine for the game, which was originally designed for Beyond Good & Evil. In 2004, a mobile version was developed and published in North America by Gameloft. The game, after its release, received a lot of critical acclamations and was even nominated for and won numerous awards.

The game has grown up to be one of the best video games of all time. The success of this game led to the development of its Prince of Persia: Warrior Within and was released in November 2004. As of 2014, the game has been sold over 14 million copies worldwide across all platforms. Due to the success of the game, a remake of the game was announced at Ubisoft Forward 2020 and is expected to release for Microsoft Windows, PlayStation 4, and Xbox One in 2022.

Prince of Persia: The Sands of Time is a third-person action-adventure puzzle-platformer game where the player plays the main protagonist, an unnamed Prince from the kingdom of Persia. The Prince has the ability to manipulate large objects. The players can restore the price’s health by drinking water from pools and fountains. If the water is drunk from the different magical fountains, it will increase his powers furthermore.

Collecting Sands increases the Prince’s power at several points in the game. Sometimes, the players even receive assistance from his companion Farah, who fires a bow at enemies. No one can escape these bows, not even the Prince if he is in front of them. When the Monsters attack her, and if she gets killed, the game comes to an end. During exploration, the Prince needs to navigate through an area filled with traps such as spike pits, arrow traps, wall-mounted blades and saws, and spinning spiked stakes.

The Prince has the ability to run on the walls for a set distance, either to land on or jump off to a platform. Other abilities of the prime include climbing along and across ledges, walking along beams, swinging and jumping from poles, jumping onto and between pillars, and swinging on ropes. The challenges don’t end there, as the price needs to solve puzzles that he encounters in the journey to move further.

Many puzzles are cooperative, which requires Farah’s help too. In combat, the Prince fights monsters created by the Sands. The game also has special moves such as a somersault attack, bouncing off walls. Not only that, the enemies can be stabbed with the Dagger of Time, which can also let the players gather magical Sands. In combats, the Prince can also slow time or freeze time.

The use of these powers comes at a cost, as with every use of the magical power, it uses sand, which eventually empties Sand Tank. When all sand is emptied, he will be unable to use his powers. As the amount of sand within the Prince’s hand increases, so does his powers. Prince can achieve new moves and abilities by performing moves and solving puzzles. In some scenarios, players can even play as Farah.

Now let us look at what we came here for to know about Prince of Persia Sands Of Time Ending Explained. The game is set in the 9th century, where we could see the Prince narrating to his listeners about his adventures. The story began when the Prince and his father’s army were passing through India to visit the Sultan of Azad. The Vizier of a local Maharaja entices them into attacking the Maharaja’s palace.

He did it because he wanted to prevent his death using a substance known as the Sands of Time. While in the attack, the Prince loots an artifact called the Dagger of Time and the daughter of Maharaja as a gift for the Sultan of Azad. On the way to visit the Azad, the Vizier the Prince into releasing the Sands. This turned everyone except the Prince, the Vizier, and Farah, who were protected by the Dagger to turn into monsters.

The Vizier also tries to seize the Dagger from the Prince, but he is able to escape from the Vizir. The prime teams up with Farah to undo the damage he has caused and prevent the Sands from covering the world. Even though they are now a team, the Prince still has doubts regarding Farah’s loyalties and motives. Together, they go to the palace of Azad and reaches near the hourglass of the Sands in the Tower of Dawn.

The Prince, who was still unsure whether to trust her, hesitates to follow her instructions on containing the Sands. Meanwhile, the Vizier ambushes them, but they are able to escape with the Dagger, ending up in a tomb beneath the city. The two of them eventually finds shelter in a mysterious bathhouse, where the team takes rest and, at the same time, feels feelings for each other.

When the Prince wakes back, he finds out that Farah has gone with the Dagger and left him her medallion. He follows her and finds her where she was driven over a ledge above the hourglass by monsters. In order to save the price, Farah sacrifices her life. The Vizir approaches the Prince as he mourns the loss of Farah. Vizir offers the Prince an eternal life in exchange for the Dagger.

The Prince refuses this and stabs the hourglass with the Dagger. This rewinds the time, and everyone goes back to the point where they were set to attack Maharaja’s palace. Now since the Prince has the Dagger as well as his memories, he runs ahead to warn Farah about the Vizier’s treachery. Meanwhile, the Vizier enters to kill him, but the Prince was able to kill the Vizier before that. After that, he returns the Dagger to Farah, who still thinks the Prince told her a story. In leaving, he says a private word to her, which she told him during their time in the tomb, which lefts her in surprise.

Also Read: Prince of Persia: Does Kaileena End Up with Prince?