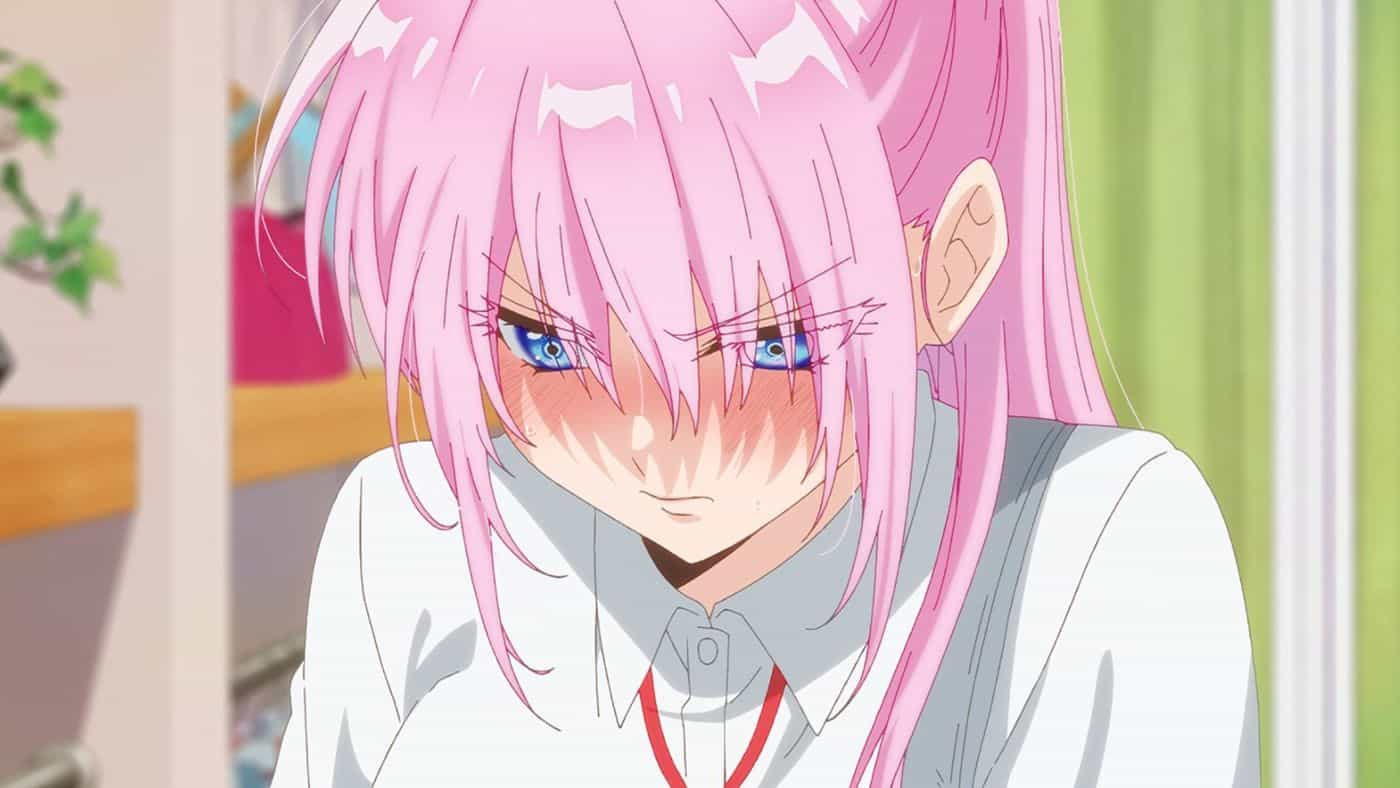 This is a story about the love between two unlikely people. Yuu Izumi is not what you call fortunate. He bumps into mishaps at every turn he takes- he was just born that way. Misfortune follows Izumi around like a puppy.  You would think that things started to look up for him when he got a girlfriend, but he still ran into all sorts of trouble.

However, his girlfriend was a special sort, quite different from him in every way. Apart from being incredibly cute, she is athletic and immensely caring about others, especially Izumi. With Izumi’s haplessness, getting Shikimori as a girlfriend is a stroke of luck.

But, Shikimori is not just a cute girlfriend. When the time calls for it, she also has the habit of turning unbelievably cool. She has the strength to counter all of Izumi’s bad luck and even saves him from dangerous mishaps. This makes Izumi fall for her even harder, as with the roles reversed, Shikimori is always around to protect him.

With the help of Shikimori’s athleticism and quick reflexes, Izumi is rescued from the effects of his bad luck and might even be turning lucky after so many years, all thanks to his girlfriend. This unique romantic comedy is written and illustrated by Keigo Maki.

The serialization has been done by Magazine Pocket, and the licensing is by Kodansha USA. Miss Shikimori Isn’t Just A Cutie also has a hit anime adaptation, and it is by Doga Kobo Inc. There are 16 tankobon volumes of the manga that has been collected.

If you are looking for the release date of the next chapter and information about where to read it or get your hands on the manga, we have all the information right here for you. We also have the recap of the previous chapter just so that you find your bearings. This chapter starts with Izumi finding out that Shikimori joined the same university that he did. Shikimori feels sad and embarrassed and tells him that she only wants to be close to him all the time. With a smile, Izumi suggests that they take a detour so that she can tell him everything and says that he will hear her out.

All this was because Shikimori admired Izumi to a great level. She felt despondent and felt that Izumi thought of her as dependent on him and that she hadn’t really changed from how she was with her brother when she was younger. Izumi lovingly took her hand in his and started to tell her how much she meant to him.

He told her that though both of them lacked confidence when they first met, they soon made a bunch of great memories together. He told her that it was because they supported each other that they had gotten so far and that he was able to stand up on his own because of her.

Izumi told her that he had always looked up to Shikimori and gave her a hug. He finished off by saying that he would always be by her side no matter what. He remembered his father’s words telling him that his efforts would lead him to good fortune. He told Shikimori to let’s do their best and share their hardships.

Also read: How Old Is One Piece? The Longest-Running Shonen Manga

Since this manga releases every Friday in Japan, the release date of Miss Shikimori Isn’t Just A Cutie chapter 166 is on 27 January 2023.  Just a few more days to go before we find out what happens next in the story. The spoilers for this chapter have not been released yet as of this writing.

Where Can We Read Chapter 166?

For those who know Japanese, you can find the chapters in Magazine Pocket, which publishes the Japanese version of the manga. You can buy the English version from Kodansha USA.

Also read: Best Color Romance Manga That You Need To Check Out