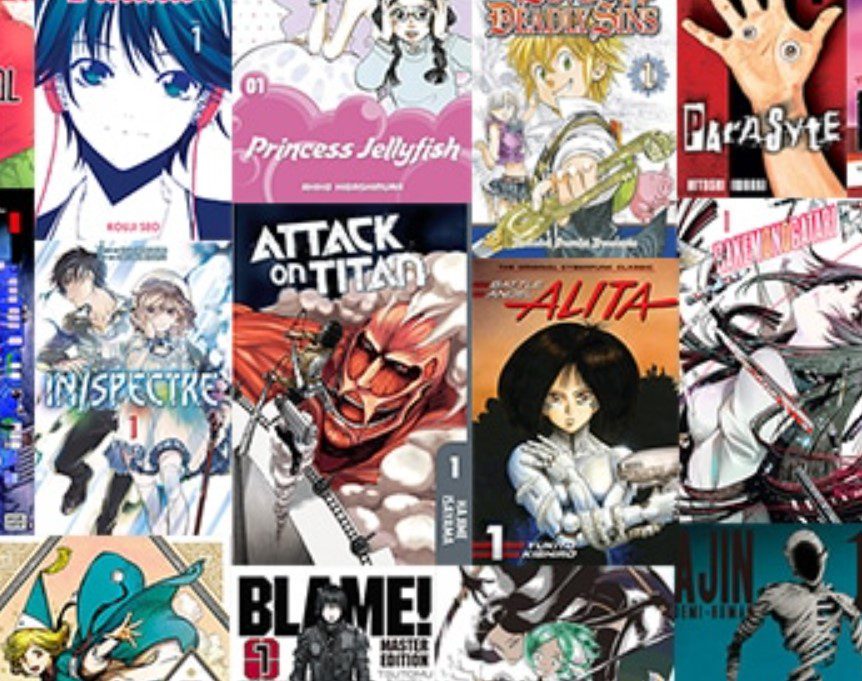 Some Kodansha manga has the best action or romance you will always want to read as a manga fan. Most fans are unfamiliar with the best Kodansha manga since it is rare to find such manga. But there are tons of Kodansha mangas that we will introduce to you, and you will realize that they are worthy of reading. Best Selling Kodansha Manga is another type of manga that a manga fan should learn, and mostly such manga have many enjoyable genres. 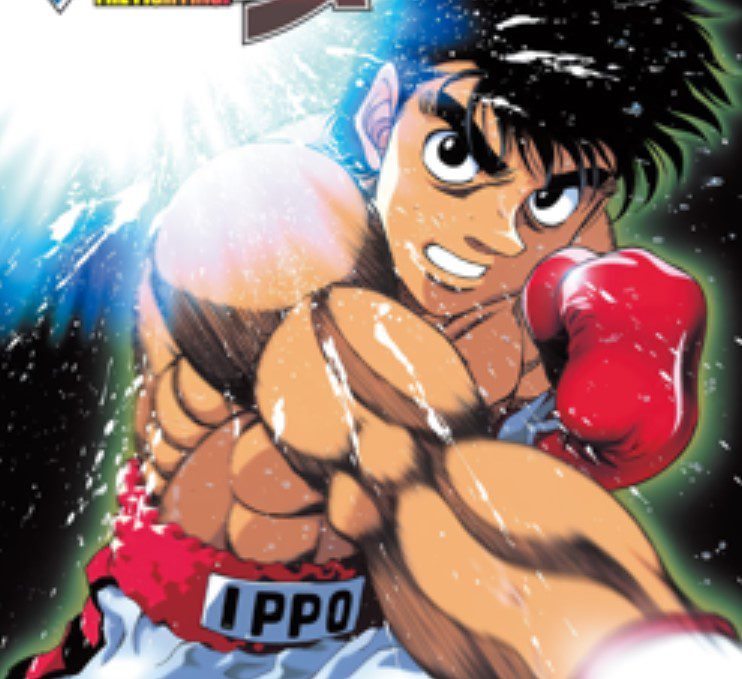 Hajime no Ippo has sold more than 94 million copies and collected more than 113 volumes. It is rare to find a popular boxing manga like it since many of them have ended.

It is one of the best Kodansha manga of the 90s. Yōzaburo Kanari and Seimaru Amagi write Kindaichi Case Files. Fumiya Sato has illustrated this series that focuses on crime mysteries. This is the best comedy manga about Kindaichi with his best friend, Miyuki. The best duo travels around the world where a murder takes place, and they solve the cases using Kindaichi’s cool magic and ingenious deductions of curious clues. Kindaichi Case Files has collected over 65 volumes and sold over 90 million copies. 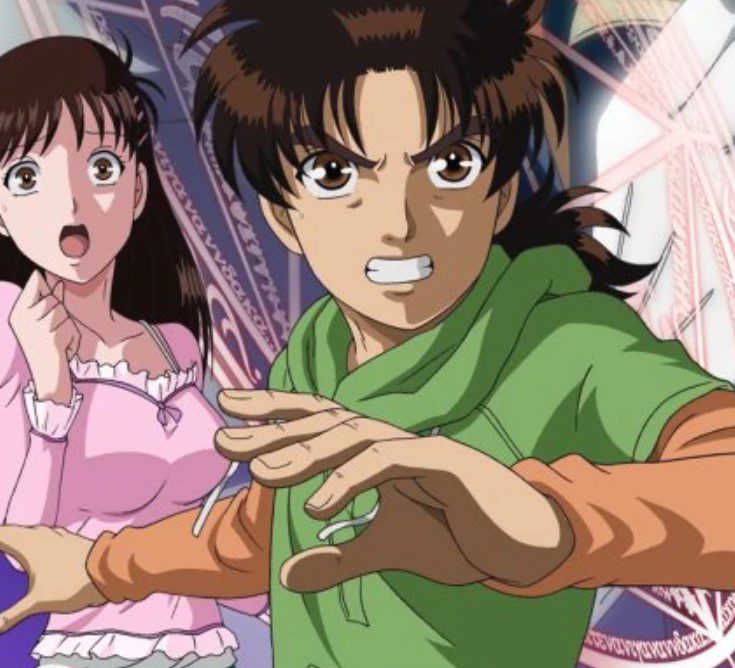 Sazae-San is written and illustrated by Machiko Hasegawa. This is one of the best-selling Kodansha manga about an old lady with her family. Sazae-San has sold more than 86 million copies and collected more than 4o volumes that reveal the best family stories for those who love family stories. It is rare to find Kodansha manga that has sold more than a hundred million copies since most of the mangas are from Shueisha or Shonen. However, it is good to know about different manga like this that have the best selling from Kodansha. 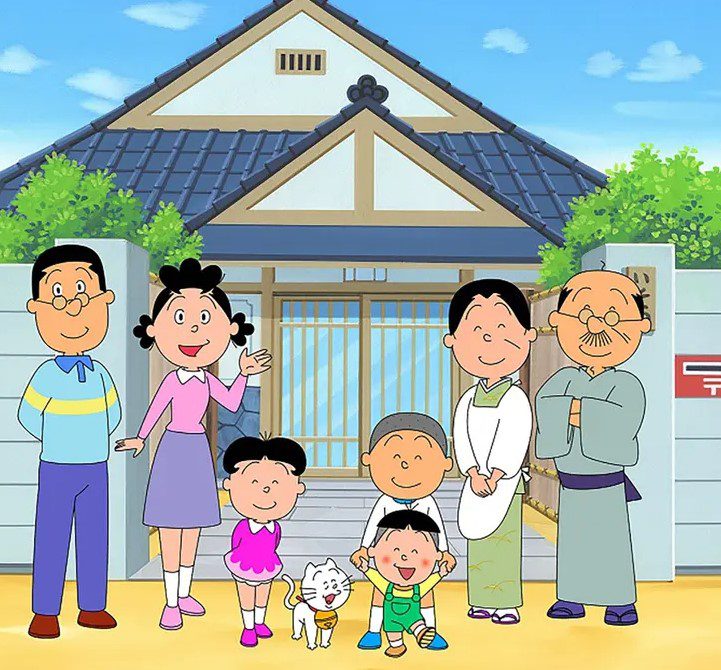 Takehiko Inoue writes vagabond, which has sold more than 82 million copies worldwide. This manga has collected more than 36 volumes that revealed the best martial arts action. Vagabond is one of the best martial art manga that sold many copies worldwide. The manga fans were inserted in this manga since it has a full packet of action and adventures that are interesting to read. 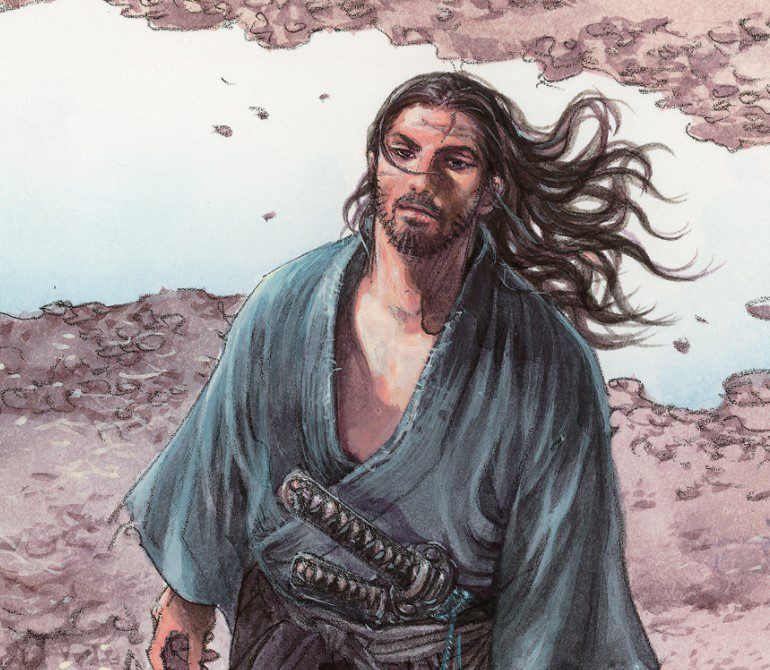 This is the story of Sekigahara and two survivors, Takezo Shinmen and Matahachi Honiden, who was defeated and failed to make a name for themselves. They almost decided to give up their dreams of becoming Vegabond. This is one of the longest manga, with more than 300 chapters.

Shoot! is written by Tsukasa Oshima and has sold more than 60 million copies worldwide. Shoot! is an interesting sports romance manga that reveals a love triangle. Toshihiko Tanaka and Kazuhiro Hiramatsu played soccer since junior school, becoming the famous Golden Trio. When they leave junior school, they enter Kakegawa High School as freshmen and join the same team as Kubo. But Kubo worked hard and became a legend. 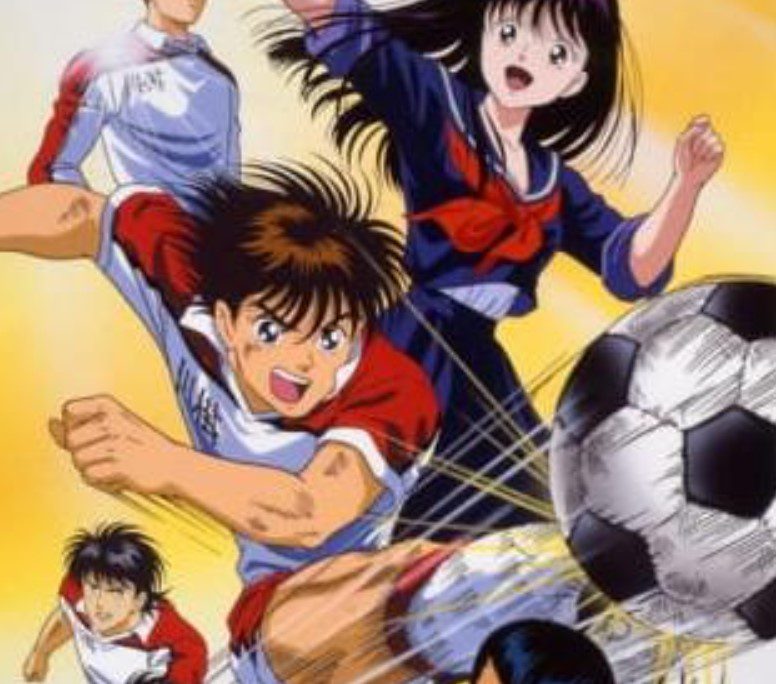 The students fall in love with girls, but one boy falls in love with two girls and doesn’t know which one to choose. They begin to work hard to make it to the championship and achieve their dreams. This has collected more than 32 volumes.

Toro Fujisawa writes Great Teacher Onizuka. This manga has sold more than 50 million copies worldwide. Great Teacher Onizuka is one of the best-selling Kodansha mangas worthy of reading. This is a rarest ecchi comedy manga with the best funny moments. This is the story of Onizuka, famous for leading a motorcycle gang and scoring bad grades in school. But he wonders why he should become a teacher. Onizuka realizes he will get to see high school girls’ skirts. Great Teacher Onizuka has collected more than 22 volumes that have the best stories. 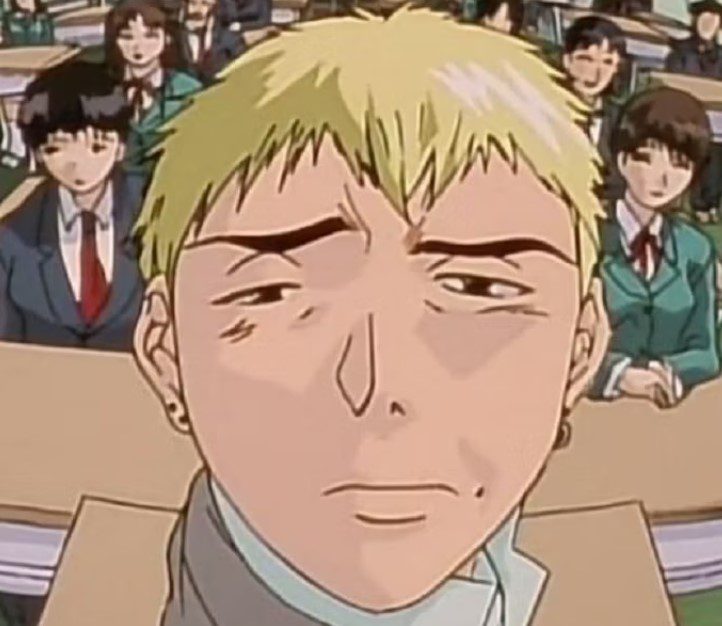 Kacho Kosaku Shima is written and illustrated by Kenshi Hirokane. This manga has sold more than 41 million copies worldwide. This is an interesting life of a salaryman, Kousaku Shima. Shima is a hardworking man who voted his life to his company and can do anything to bring the best interest of his company, Hatsushiba Electric. He began as the section chief, and due to his hard work, Shima was promoted to division chief and later became the company’s president. 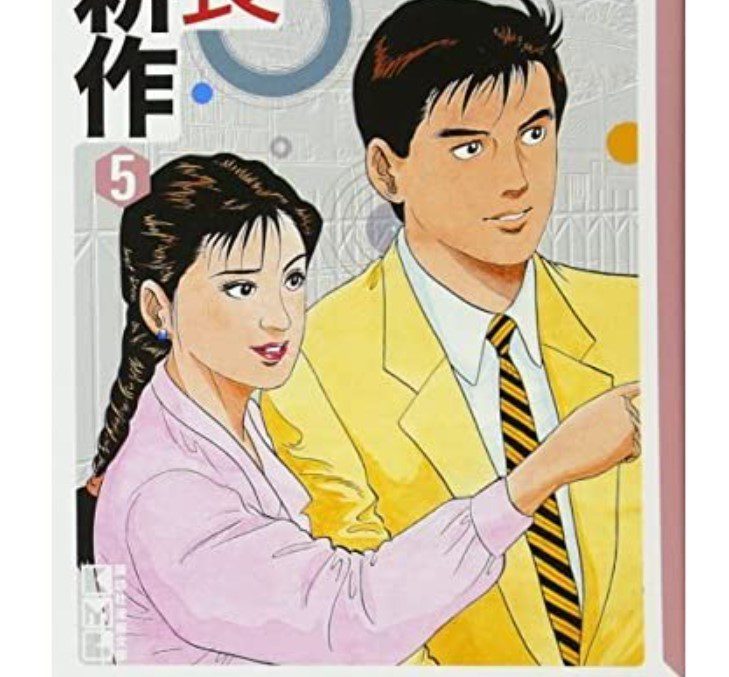 Tsurikichi Sanpei is written and illustrated by Takao Yaguchi. This manga has sold more than 40 million copies worldwide. This is a sports comedy manga about fishing. It is suitable for those who love fishing or sports. This is the story of Mihira Sanpei, who has a Tohou accent. Mihira loves fishing and is always serious about it but has no fishing experience. 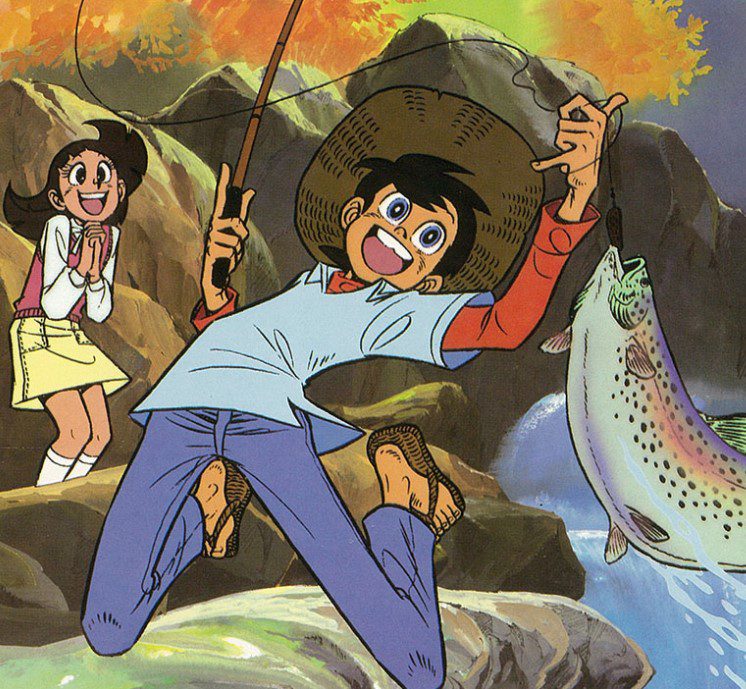 Mirai entered fishing competitions and faced many rivals. Tsurikichi Sanpei has sold more than 64 manga volumes that became popular worldwide. There is fewer Kodansha manga like this that can make the best number in sales, and most of them failed to reach more than 20 million copies.

Nodame Cantabile is written and illustrated by Tomoko Ninomiya. This mang has sold more than 37 million copies worldwide. This is the romantic comedy between Chiaki Shinichi and Nodame, who fell in love. The two never thought it would be that way since things started slowly. Nodame Cantabile has collected more than 23 manga volumes. 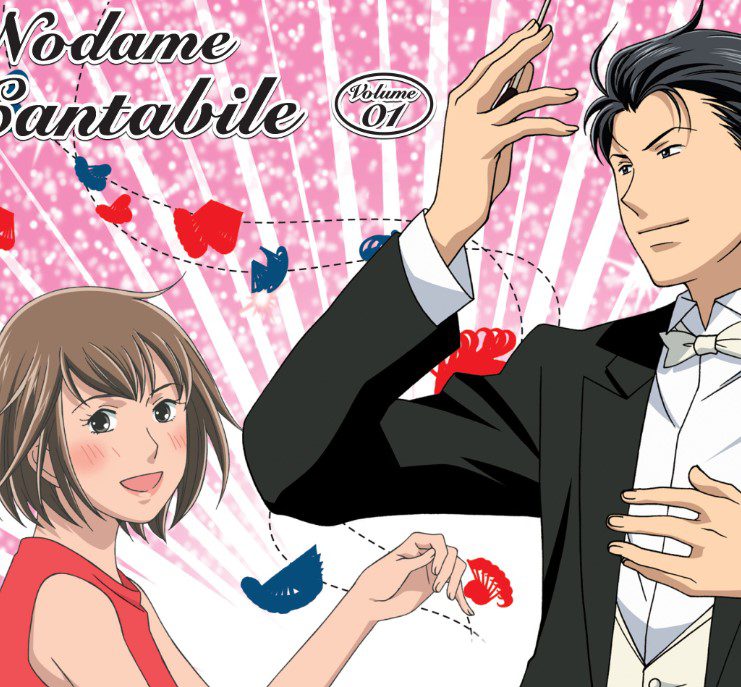 Sazan Eyes is also known as 3×3 Eyes, and Yuzo Takada writes it. This manga has sold more than 33 million copies worldwide. Suzan Eyes reveals the adventures of the last Sanjiyan Unkara, Pai, and her new immortal companion, Yakumo. Yakumo and Pai try to find ways to turn Pai not a human, and they travel to Tokyo since they have heard about an artifact. When they arrived in Tokyo, Pai’s backpack was stolen by a thief. But Yakumo came to her aid and defeated the thief while taking the backpack back. Sazan Eyes has collected more than 40 volumes that have the best stories. 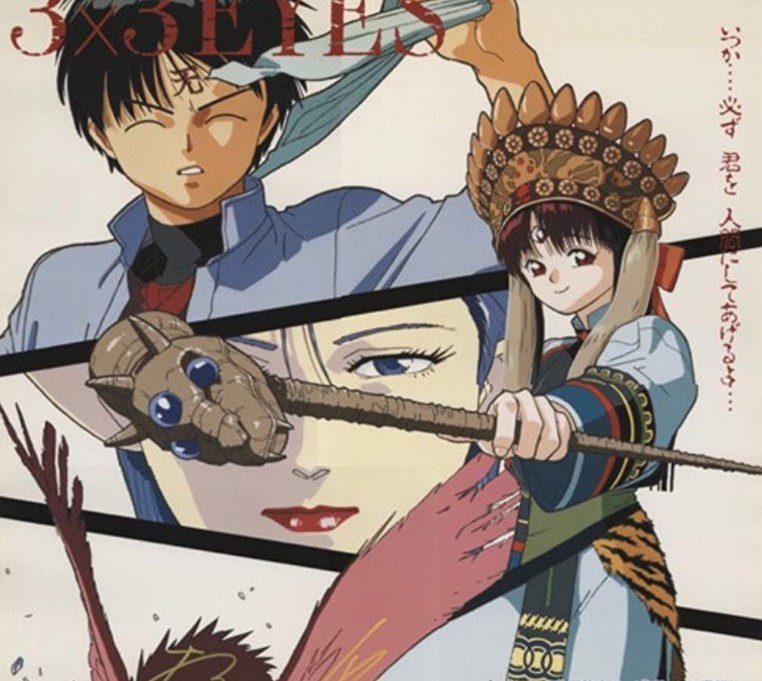 Kodansha manga is improving, and we expect to see or know about best-selling mangas in the future. Since it is a new company manga that is developing, it also reveals new manga. But manga like Attack on Titan and To Your Eternity also falls under Kodansha manga even though we didn’t talk about them in the list, and you can still check out other best Kodansha manga, which are worthy of reading.

Also Read: Best Zombie-Apocalypse Manga That You Should Read