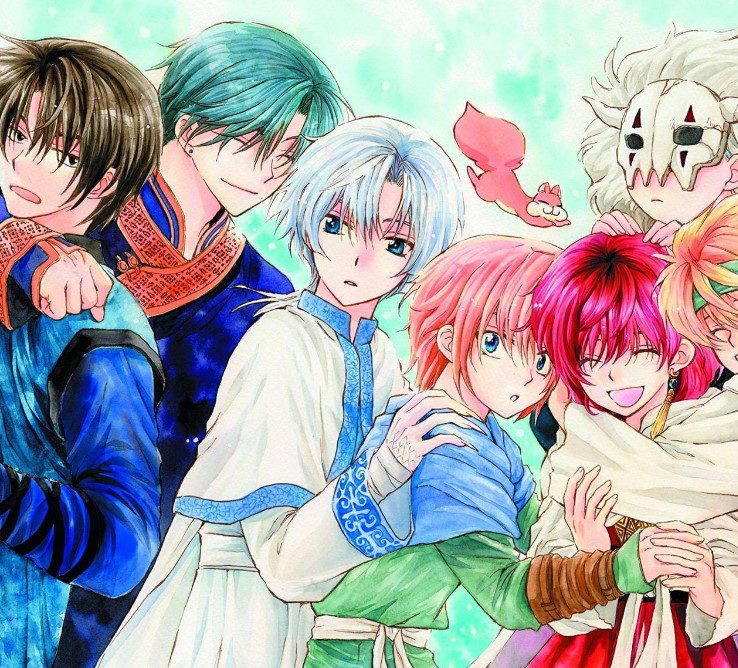 Best Color Romance Manga attracts fans or readers due to the characters’ good art, design, and color. This is one of the few mangas with the best design and characters. But they also focus on romance only, even though there might be scenes or moments where actions take place. Best romance manga is different and reveals types of different romance such as mature romance, child romance, and others.

Bets color romance manga and other types of romance manga have begun to dominate the manga world because mangas have two different characters; there is romance. It might be action, adventure, or horror manga, but romance always exists. However, there might be a few that don’t have romance, but if you begin to investigate, you will realize that almost 90% of mangas are best color romance manga.

Kakao 79% is the best color romance manga that is worth reading. Everything about this manga is cool, and you will realize it after reading it. Ayano, Tsubasa, and Ichinose, Yuu have been best friends since childhood. No one could separate the two since childhood. However, the day they must get separated arrives since they are both moving to different schools. 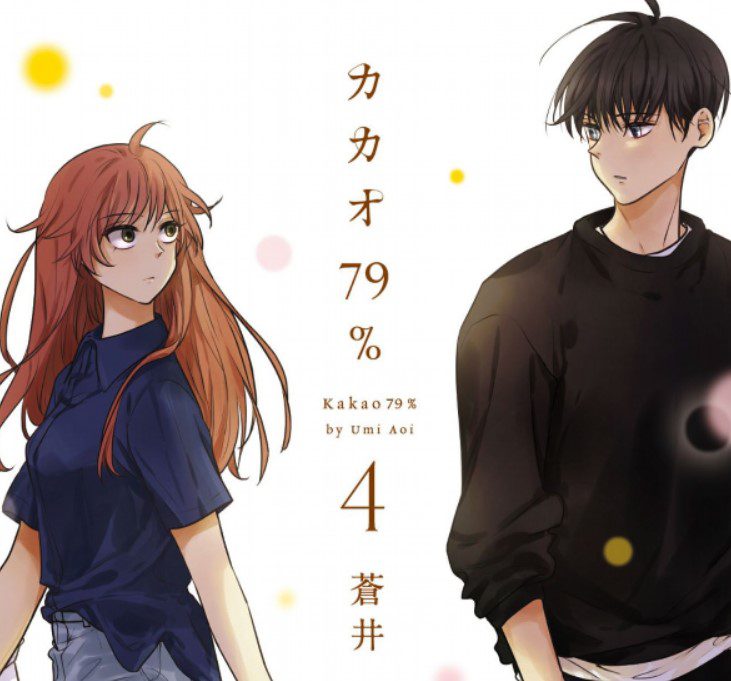 Yuu had no clue where they would be staying and wondered if he would see Tsubasa again. But they are both shocked when they meet and realize they are wearing the same school uniforms. Tsubasa realizes that they will never get separated and their love is forever.

Wild’s High is a high school for girls famous for specializing in fighting, and it is meant for the elite. During special events, they host a fitting tournament called Wild’s-League. This popular tournament in the country takes place once a year where teenage girls participate in brutal fights to determine who is the best. However, the only male student in the school is Song Jae Gu. 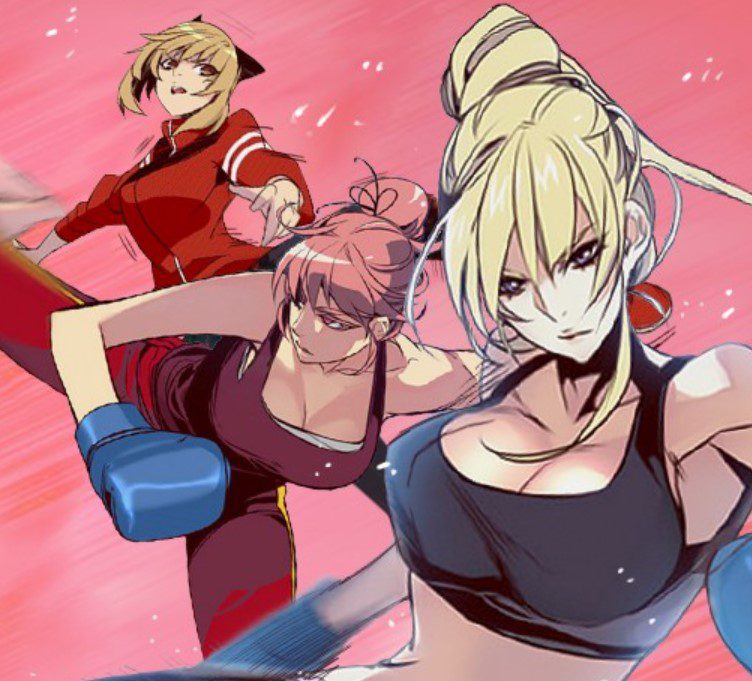 Song Jae Gu has received a three-year scholarship since he has a sharp brain and has spent most of his care of his brother and sister. He accepted the offer and encountered the Queen, the ferocious, bloody champion of Wild’s League. Song Jae Gu accidentally spills coffee on the Queen and calls her a monster, and he is also caught when he sees her showering. He wonders if it is over for him since the Queen has the final say, but things change since she has begun to like him.

This is another best color romance manga that took years to conclude, and it is one of the best modern manga that a reader can rely on. Blossom is the most beautiful girl in school, but she wants to live in his house. The mysterious boy wonders if springtime has arrived for him. This is an interesting love story of students. 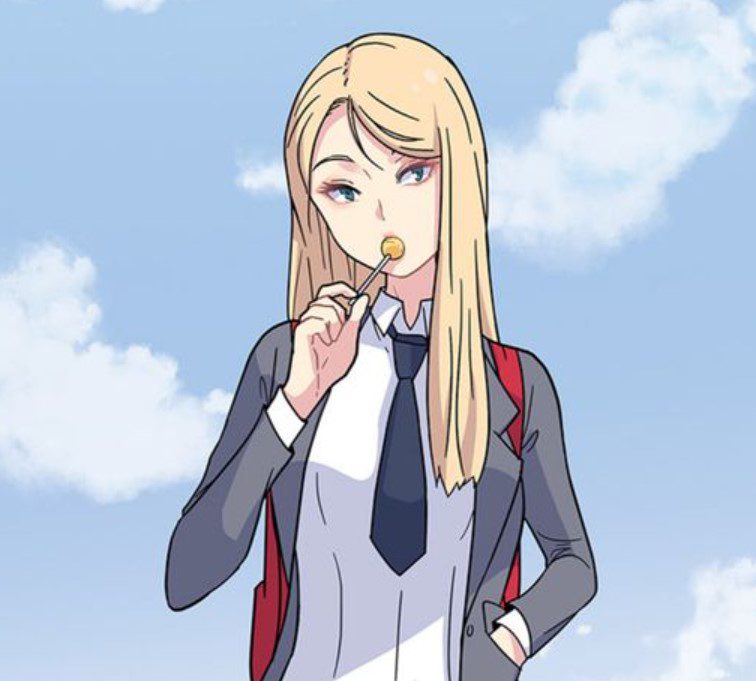 Mijung has decided to leave the past behind since she has suffered from heartbreak and decided to start a new life at college. However, she never knew that something that reminds her of her past was waiting for her. Mijung arrives at her college and sees someone she realizes looks like her ex-lover. The handsome upperclassman couldn’t recognize Mijung even though she was suspicious of him and believed he might be that ex-lover who broke her heart. Mijung wonders if she will forget about her past and move on. 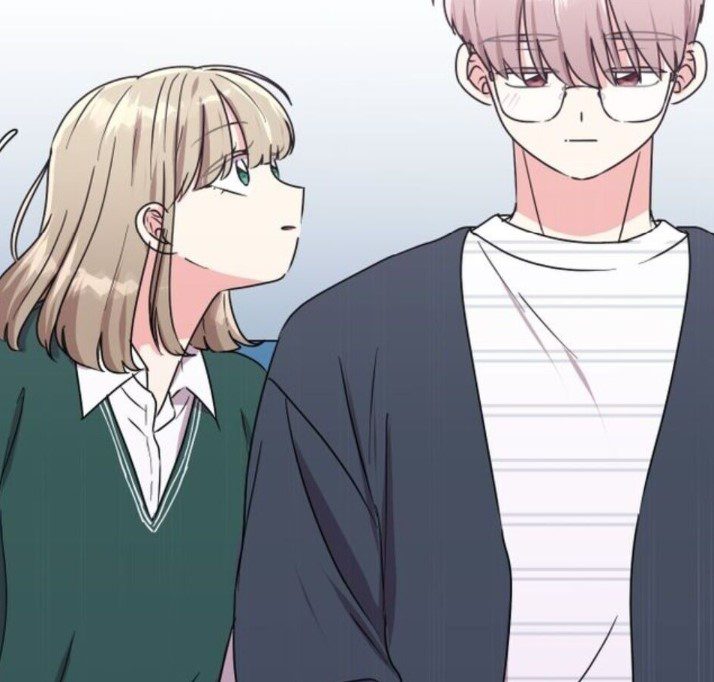 My Dud to Stud Boyfriend

Sia is an unfortunate girl whose handsome boyfriend dumped her. She vowed that she would find a boyfriend who was more handsome than him, and she would give him all of her heart. Two years have passed since Sia was dumped, and she began searching for the love of her life. While searching for an ultimate boyfriend, Sia was joined by a stranger on her NewTube Channel. Minho is a chubby boy who looks like a nerd and loves wearing glasses and suits. 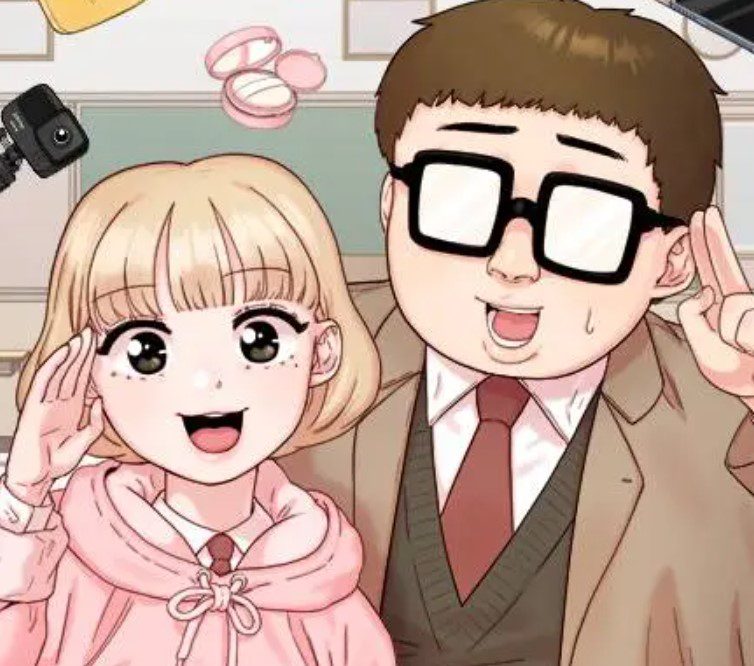 My Dud to Stud Boyfriend

Everyone bullies Minho, but Sia doesn’t mind going on a dinner date with an otaku. Sia wonders if she should reject Mihno’s proposal since her goal is to find a more handsome boyfriend than her ex-lover. However, she realizes she can transform this dud into a super stud.

Evelyne had been for a long time, and she was tired, but she was lucky since someone accepted her as a friend. Evelyne had no clues if this handsome boy was in love with her or if he was like any other friend that had nothing else with girls. But he defends her from bullies, and her life has changed since he began getting closer to her. 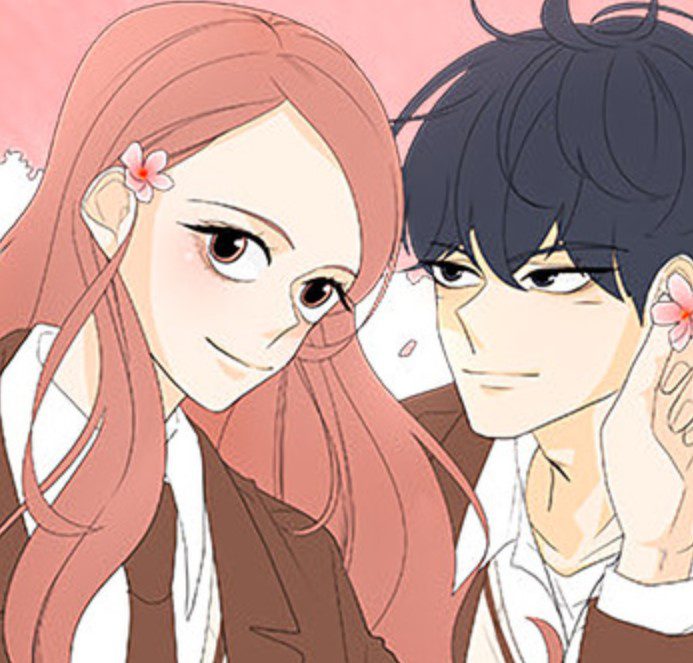 Can the Confession Be Cancelled?

Hayan is a student who has a crush, and she decides to confess her feelings. She confesses her love through a letter, but it falls into the wrong hands of a boy named Bakha. Many students fear Bakha since he is a bully and womanizer. Hayan realizes that she has confessed her love to the wrong person and decides to hide the truth, but the rumors begin to spread. 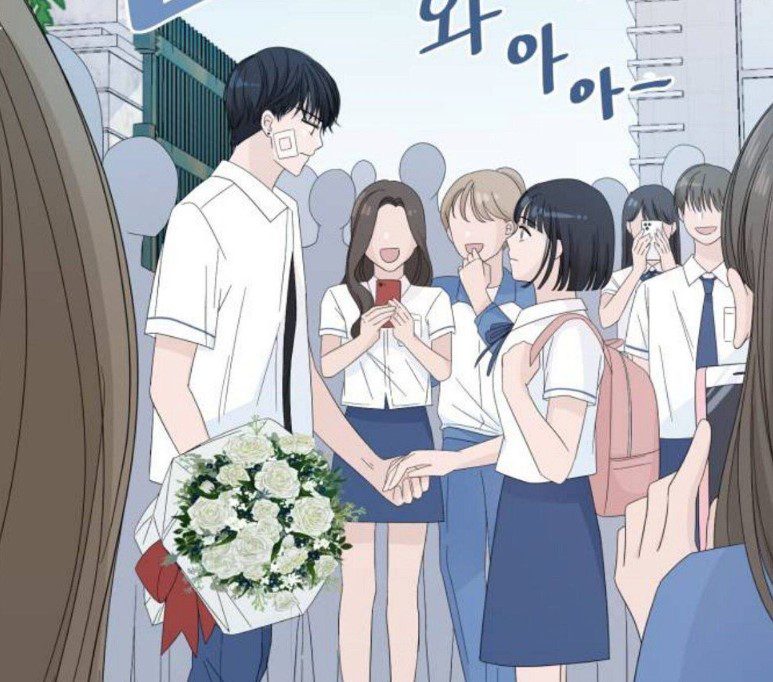 Can the Confession Be Cancelled?

Bakha feels like he has hit the jackpot and begins to fall in love with Hayan, confessing his feelings. Hayan wonders how she can take back her words since Bakha won’t accept no for an answer. Her goal is to escape and confess to her true lover.

Yeonsu Guk is the top student at Midsummer High. Wung Cho is struggling with their studies and he always scores lowers marks. It is not only their grade that is different but also their personality. Yeonsu doesn’t love to play around, but Wung is a carefree slacker. One day a filmmaker visited the school to record a documentary of students’ life for a month. 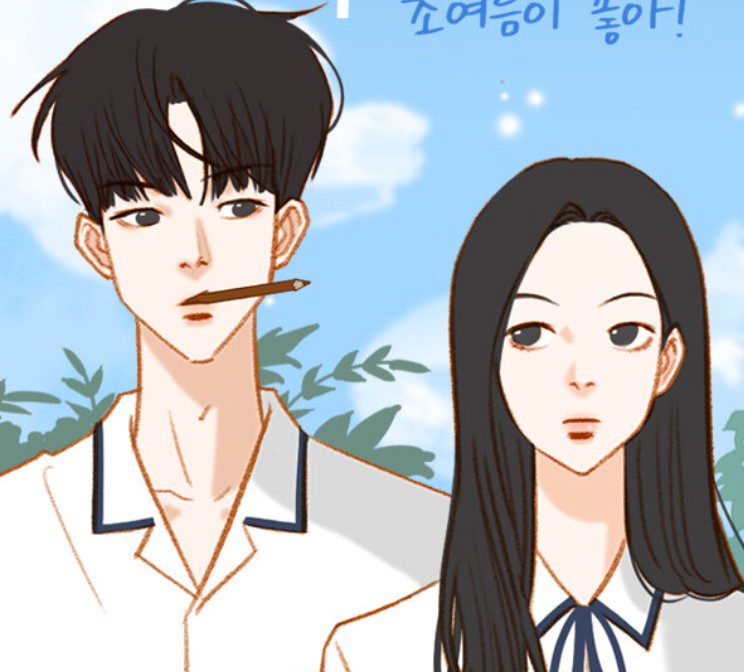 Yeonsu and Wung are not excited to spend time together. But after some time, they begin to learn the truth about each other, and they will never forget that summer.

Whatever You Say, I Won’t!

This is an interesting romance story of a short little girl, and one can think that she is not older than a primary school kid. One day a boy was falling from the rooftop and saw a beautiful little girl that drew his attention. Later he encounters the girl and gets his first kiss, and the girl believes that she is his girlfriend. The boy begins to be shy at school and realizes his school days have changed after kissing the mysterious girl. 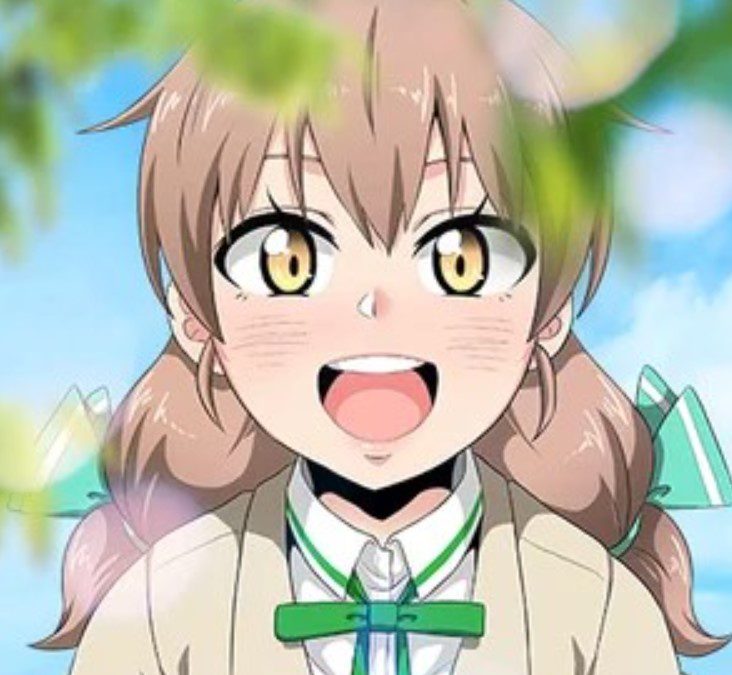 Whatever You Say, I Won’t!

The Girl From Random Chatting!

Joonwoo is a boy who has trouble making friends and never likes school since he loves to be alone doing his things. But a smile appeared on his face when he began to chat with mysterious people on the Random Chatting phone app. This helped Jinwoo make friends, and he befriends a beautiful girl on RanChat. Jinwoo never thought that the girl was from his class and she was Sungah. But Sunghan has no clue that the guy she has been chatting with is Jinwoo, and he realizes that he has to get closer to her. 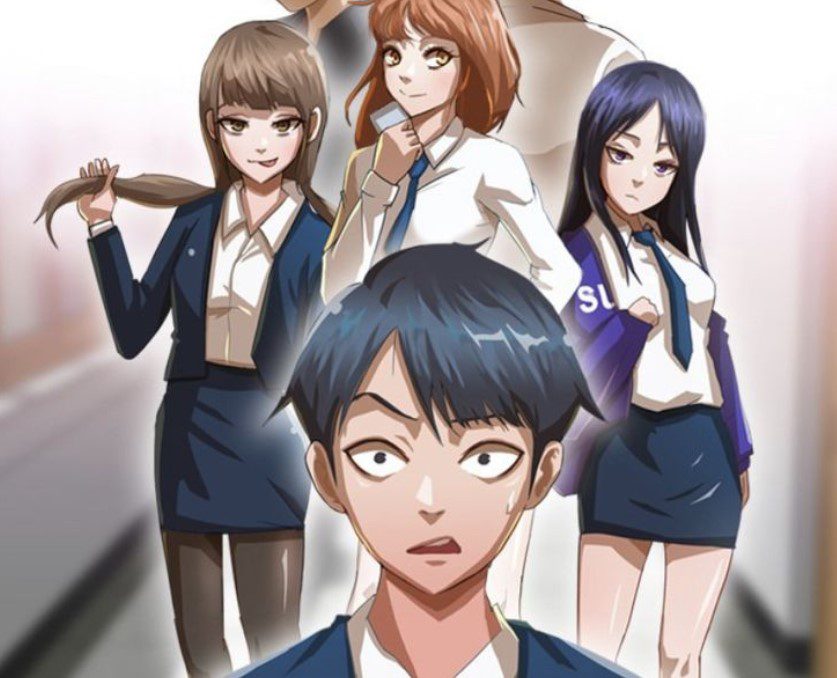 The Girl From Random Chatting!

That was the list of best color manga, but you find tons of them interesting to read. If you are interested in other best color manga like the ones on the list, you can search for their manga recommendations and find lots of them. We have manga like My Beautiful World, Ooh La La, and other similar mangas that you can enjoy reading.