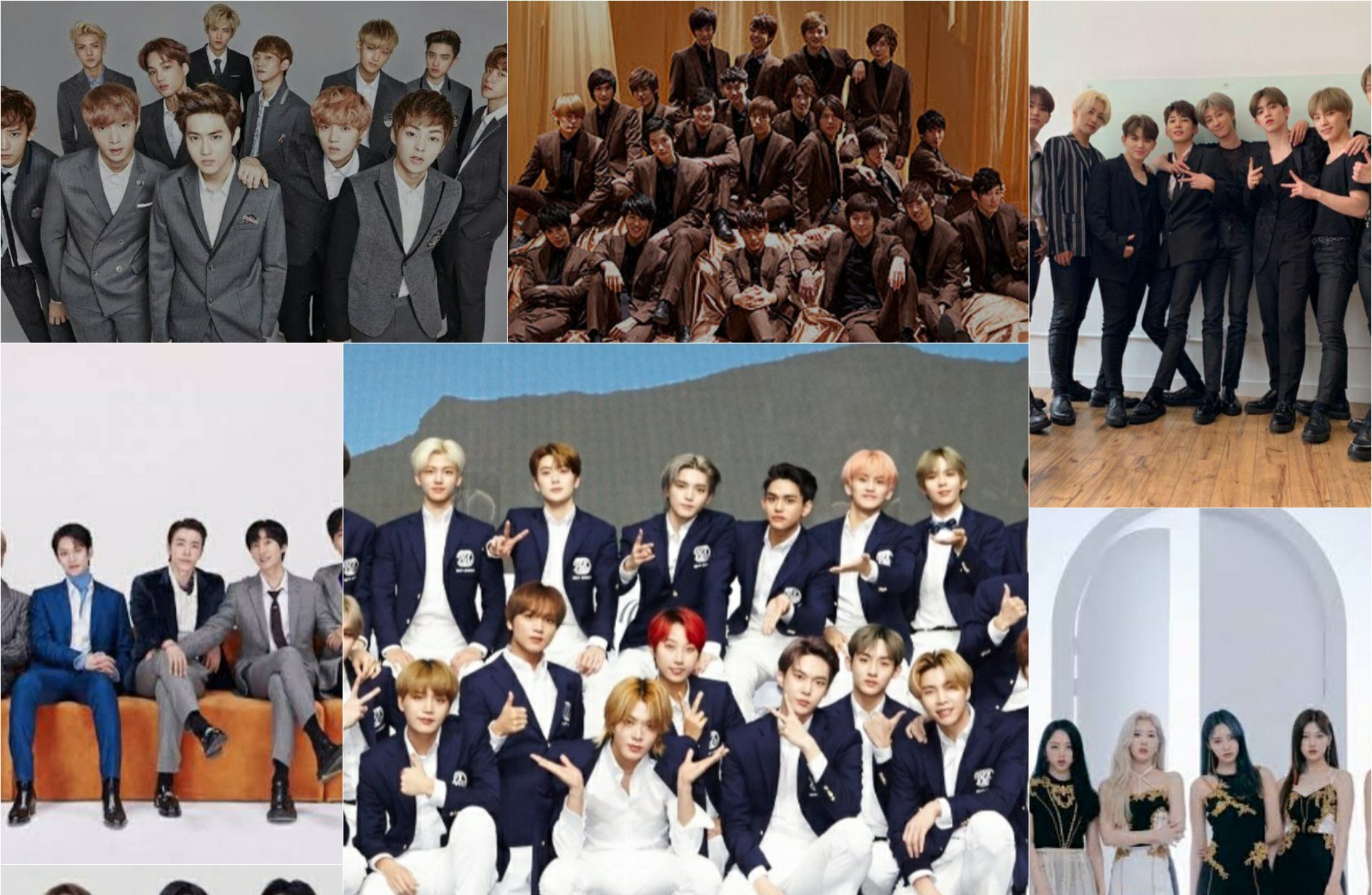 Kpop Group With The Most Number Of Members

Which are the Kpop Group with the most number of members. Kpop stars have taken up the global world in recent times. They have emerged as the biggest star in the world. From BTS to BlackPink, the Kpop stars are best recognized for their dancing and looks. They are supremely talented and enjoy a tremendous fan base all around the globe. BTS is a revolutionized band that made Kpop culture worldwide popular. They are globally popular and are known for their dancing and self-love songs.

10 Kpop Group With the Most Number of Members

Here is the list of the top 10 Kpop groups with the most members.

Exo is a South Korean and Chinese boy band that consists of twelve bands. It is one of the Kpop groups that has the most number of members. However, now the band only left with nine members. Initially, when the band made its debut under the SM Entertainment banner back in 2012, the band consist of twelve numbers. However, over the band, the members left the band, and now they are just left with nine members.

In the beginning, they can’t be divided into two groups, Exo-K and Exo-M. Suho, Baekhyun, Chanyeol, D.O., Kai, and Sehun were part of Exo-K, while Xiumin, Lay, Chen, Kris, Luhan, and Tao formed the Exo-M. However, between 2014 to 2015, Kris, Luhan, and Trio left the band in a legal battle with the company. The Kpop group has given us numerous fantastic songs to our feet on. 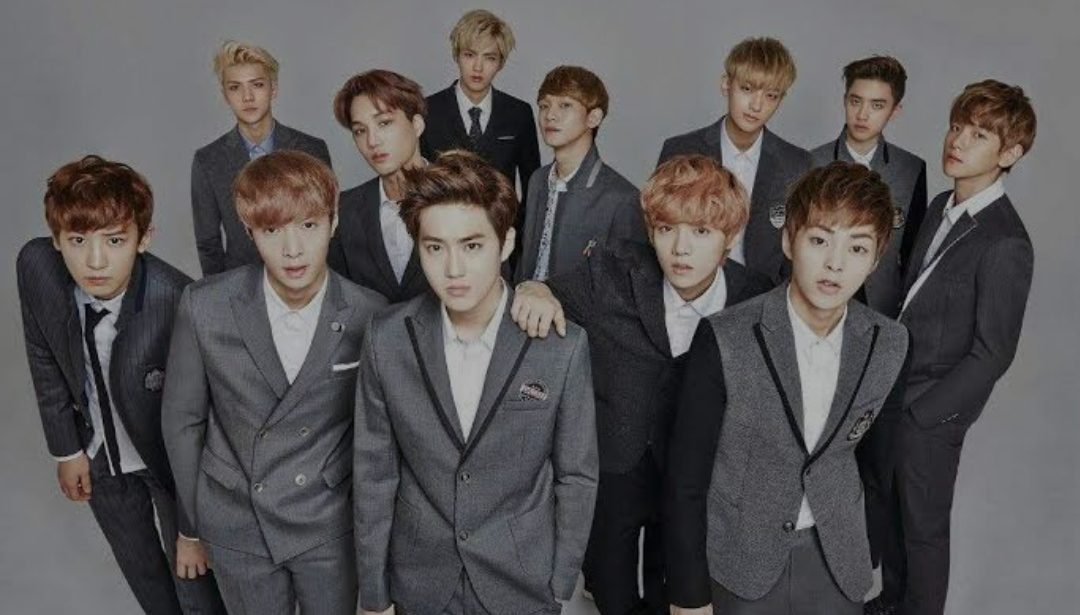 The twelve members’ girl group Loona is one of the most popular Kpop groups. The band is composed of YeoJin, HeeJin, JinSoul, ViVi, HyunJin, JinSoul, Choerry, Go Won, Olivia Hye, Yves, Kim Lip, and Go Won. Loona made its debut in 2016 u der the banner of Blockberry Creative. Over the years the band had managed to entertain their fans with their super hit tracks such as Favorite, Hi High, Butterfly, and many more. 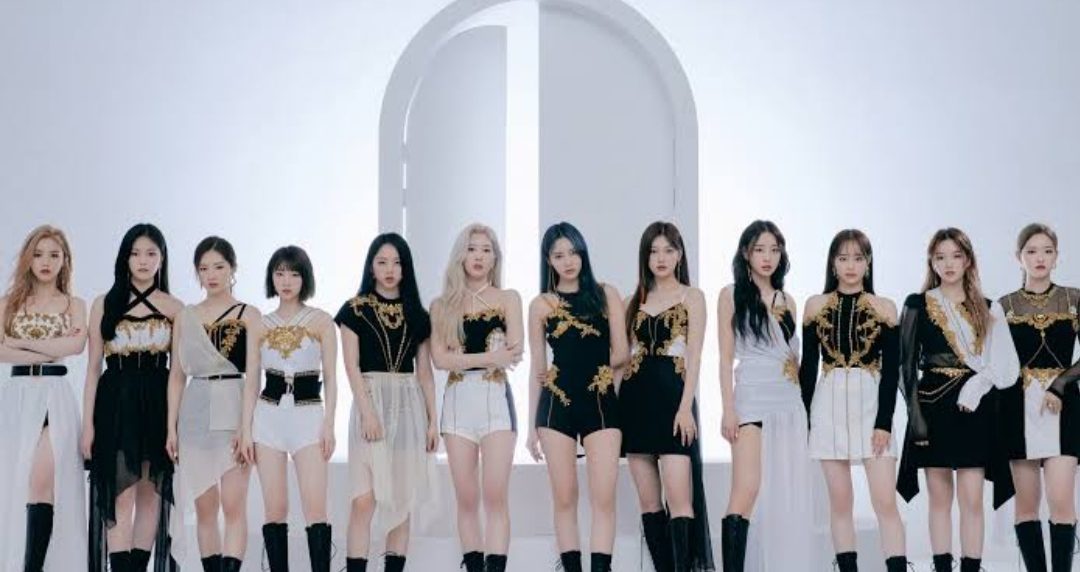 Also Read: Who Is GOT7’s Jay B Dating? Dating Life of The Kpop Star

The astonishingly handsome, supremely talented, and powerhouse of energy, coming all the way from South Korea is the Kpop group The Boys. Likewise, their name, The Boys, is twelve members, all boy’s names formed in 2017. However, of now, the band only consists of eleven members as Hwall left the band. The boys made their debut with the single “Boy” which became a major hit in the country. It is composed of Sangyeon, New, Younghoon, Jacob Hyunjae, Q, Juyeon, Kevin, Ju Haknyeon, Sunwoo, and Eric.

Super Junior is yet another band with the most number of members in it. The all-boy band is also known by the name SuJu or SJ. It was founded in 2005 by SM entertainment. The band is known as the King of Hallyu Wave because of their prominent contribution to promoting the Korean Wave. It has ten members as of now, previously there were 12. After Han Geng, Kibum and Kangin left the group, Kyuhyun joined as the tenth member of the band. The rest of the group members are  Leeteuk, Heechul, Yesung, Shindong,  Sungmin Eunhyuk, Donghae,  Siwon and  Ryeowok.

Seventeen is a popular Kpop group that has thirteen members in total. It is one of the Kpop groups that has the most number of members. The group was formed by Pledis Entertainment in 2015 and since then the band manages to impress its fans with their melodious beats. The group consists of: S.Coups, Jeonghan, Joshua, Jun, Hoshi, Wonwoo and Woozi. The other member of the band is DK, Mingyu, The8, Seungkwan, Vernon, and Dino.

Seventeen gained recognition with their debut album 17 Carat which was featured in Billboard’s 10 Best K-pop albums of 2015. The band is entitled the “Kpop performance Powerhouse” by the paparazzi. 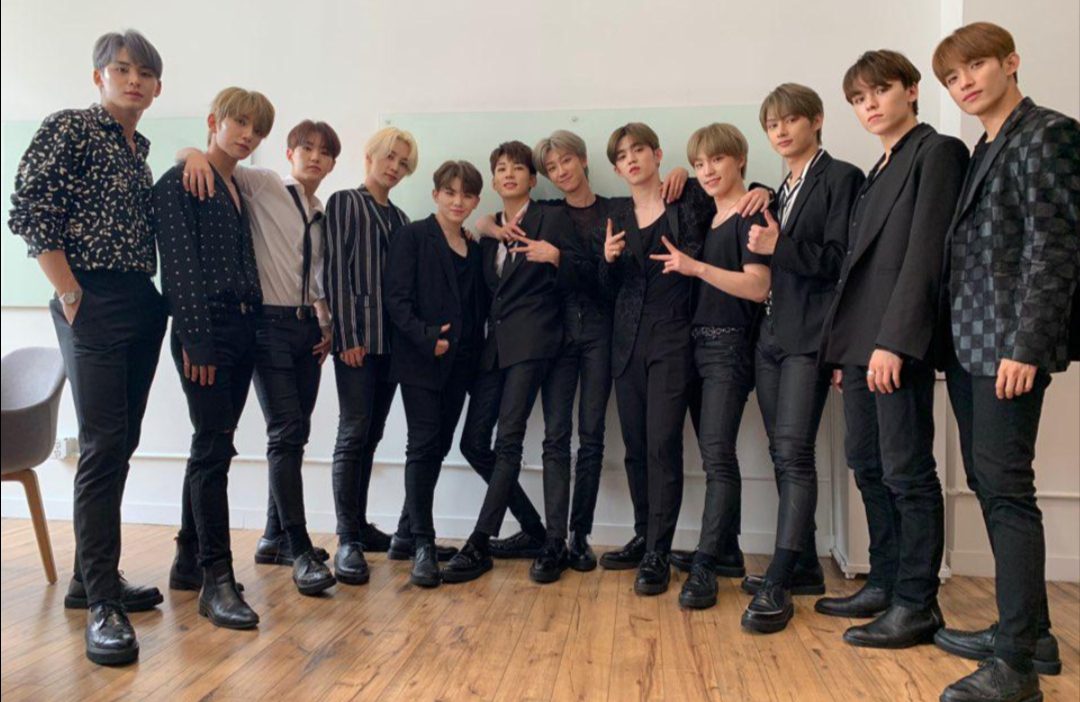 Topp Dogg or Xeno T was 13 member Kpop group, however for now the band only has 5 members. The band is previously known by the name of Topp Dogg, however, now it is quite popular as Xeno-T. It was formed under Stardom Entertainment. The current members of group are Hojoon, Sangwon, Sangdo, B-Joo and Xero. And the former members were Seogoong, Jenissi, P-Goon, Nakta, A-Tom, Hansol, Kidoh and Gohn. 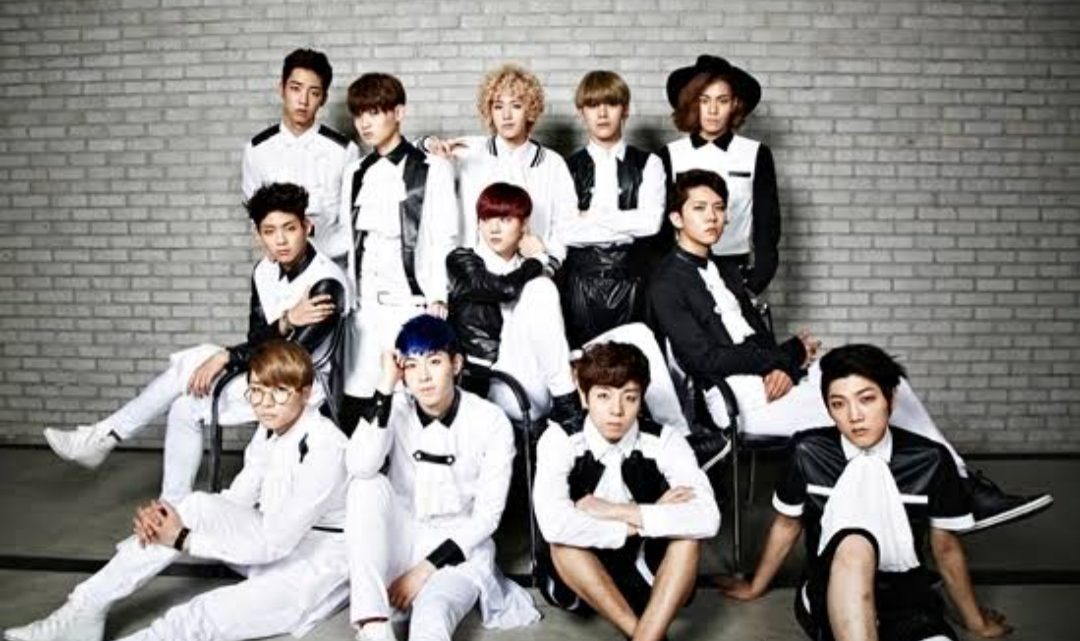 Y-Teen is 14 member South Korean band formed under the banner of Starship Entertainment. The band of seven members from MONSTA X and the rest of Seven members from WJSN. They made their debut on 6 August 2016 with their single titled “Do better.” The band members are Soobin, I.M, Dayoung, Jooheon, Yeoreum, Hyungwon, Cheng Xiao, Eunseo, Kihyun, Minhyuk, EXY, Wonho, SeolA and Shownu. 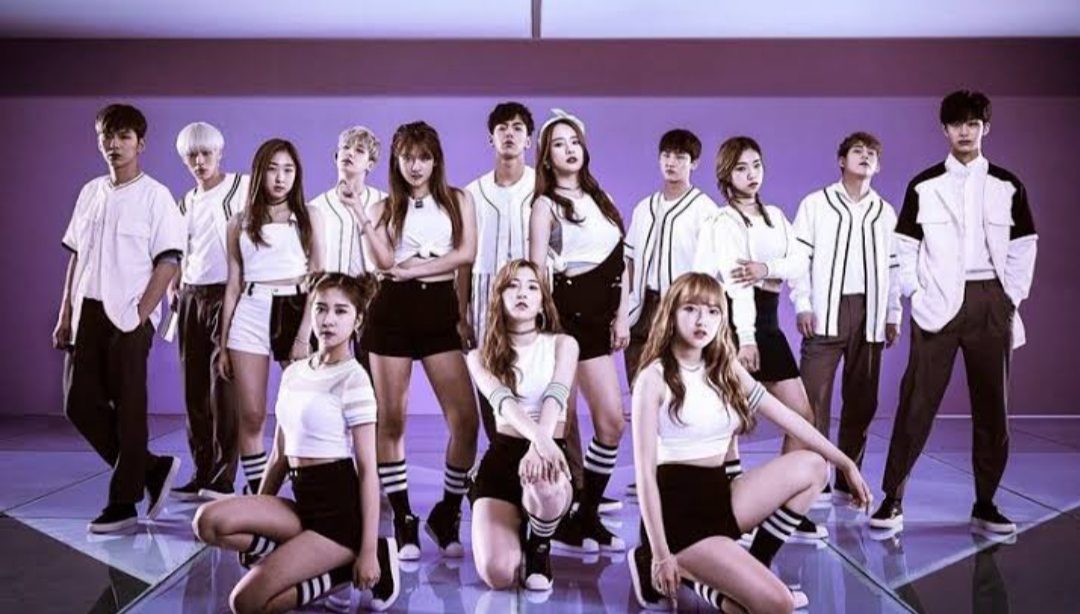 The all-boy band from South Korea 14 U is one of the most members bands. Although the band is not active now, it is still considered to be one of and that has the most number of members. It was composed of 14 members, however out of 14, 13 members terminated their contract with BG Entertainment, and the band was dissolved. 14U made its debut on July 22, 2017, and we’re active for two years. The fourteen members of the band are Go Hyeon, Gyeongtae, E.Sol, Luha, B.S, Loudi, Eunjae, Hyun Woong, Woojoo, Youngwoong, Doyul, Rio, Gyeongtae and Gun. 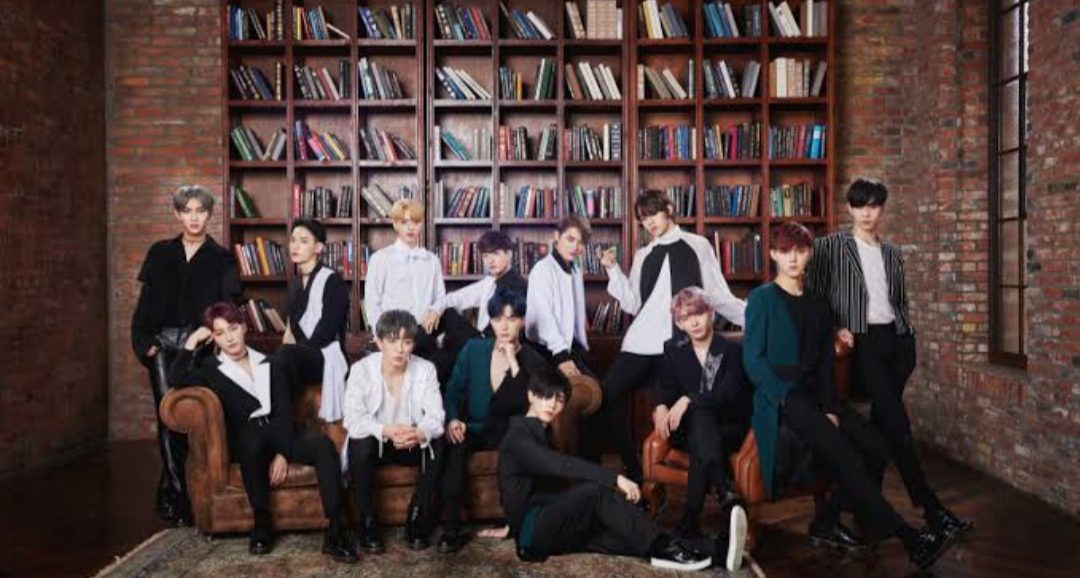 Apeace one of the most membered Kpop bands that consisted of 21 members when the band started. However, with the member leaving the group, they were only left with 12 members as of 29 July 2018. The South Korean band was initially called Double B 21 and Double 21, however, later, their name changed to Apeace. The band debuted under the banner of Golden Goose Entertainment.

The South Korean boy’s band is composed of 23 members and is one of the bands with the most number of members. The band was introduced by SM entertainment in 2016. NCT is divided into four subgroups, namely NCT-U, NCT-127, NCT-Dream, and WayV. NCT-127 is composed of ten members, Winwin, Jungwoo, Mark, Haechan, Taeil,Yuta, Doyoung, Jaehyun, Johnny and Taeyong. Seven members are there in NCT Dream. Mark, Renjun, Haechan, Jaemin, Jisung, Jeno and Chenle. WayV also has seven members Lucas, Xiaojun, Kun, Ten, Winwin, Yangyang, and Hendery, while the NCT-U members keep on changing as per the requirement of the song. 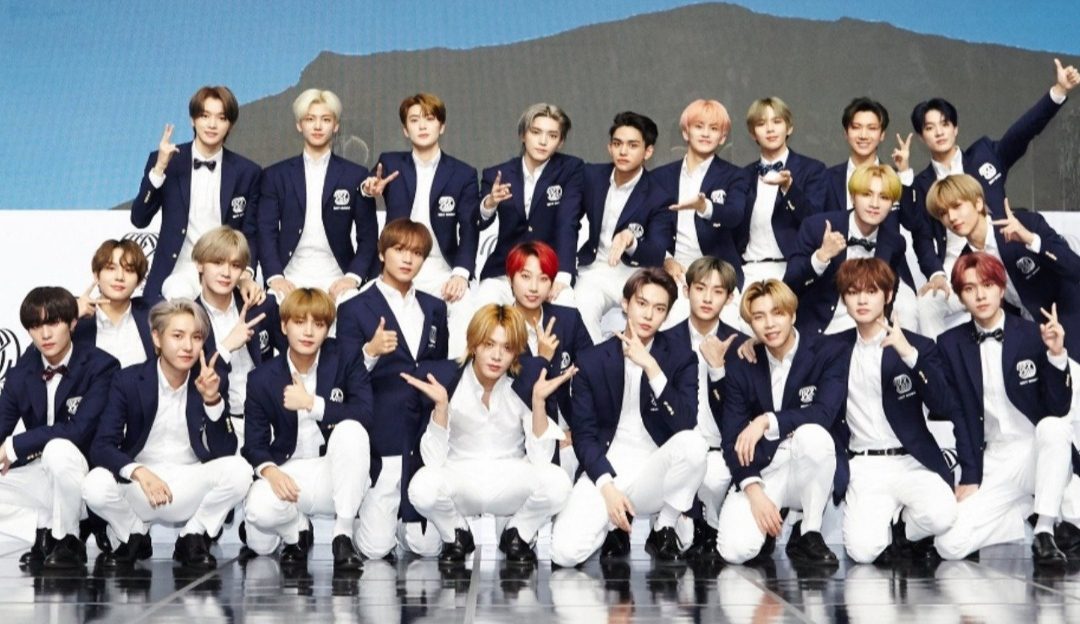