With the end of the installment, we have seen plenty of characters from Stranger Things season 4 die. Thus, here we will discuss each of them. The first volume of the new season did not contain any major character dying, although there were some deaths due to Vecna. Obviously, Hawkins has seemed to have a much worse fate, but the times are tough again, and the team came back together renewed. During the start, we saw that Elevn does not ahs her powers and is bullied pretty badly in her new school in California. It is obvious that she does not fit in the whole group, given her abusive childhood.

Well, another wild theory is that the fifth season of Stranger Things shall bring even more deaths, and this time, some main characters, including the kids, may die. We are not hoping for that to happen, but it is not completely impossible. It is known that Vecna is not over yet. In the ending scene of Stranger Things, season 4, volume 2, we see that Will can feel the Upside Down in his body.

After spending a lot of time in the alternate universe, Will has created a connection to that world. This is why he has a better understanding of the evil and villains from that dimension. Given the fact that Elevn almost destroyed Vecna with the help of Nancy, Robin, and Steve, his ego is hurt. Vecna is the king of Upside Down, and getting lost in his own world seemed like a lot to take in.

Will even described that there would be something, and it is obvious that the war is not over yet; they have simply won a battle. It was truly heartwarming to see hopper come back to Hawkins and meet his daughter Eleven. Well, enough about the recap; we shall now talk about the deaths which have happened in Hawkins since the start of Season 4. 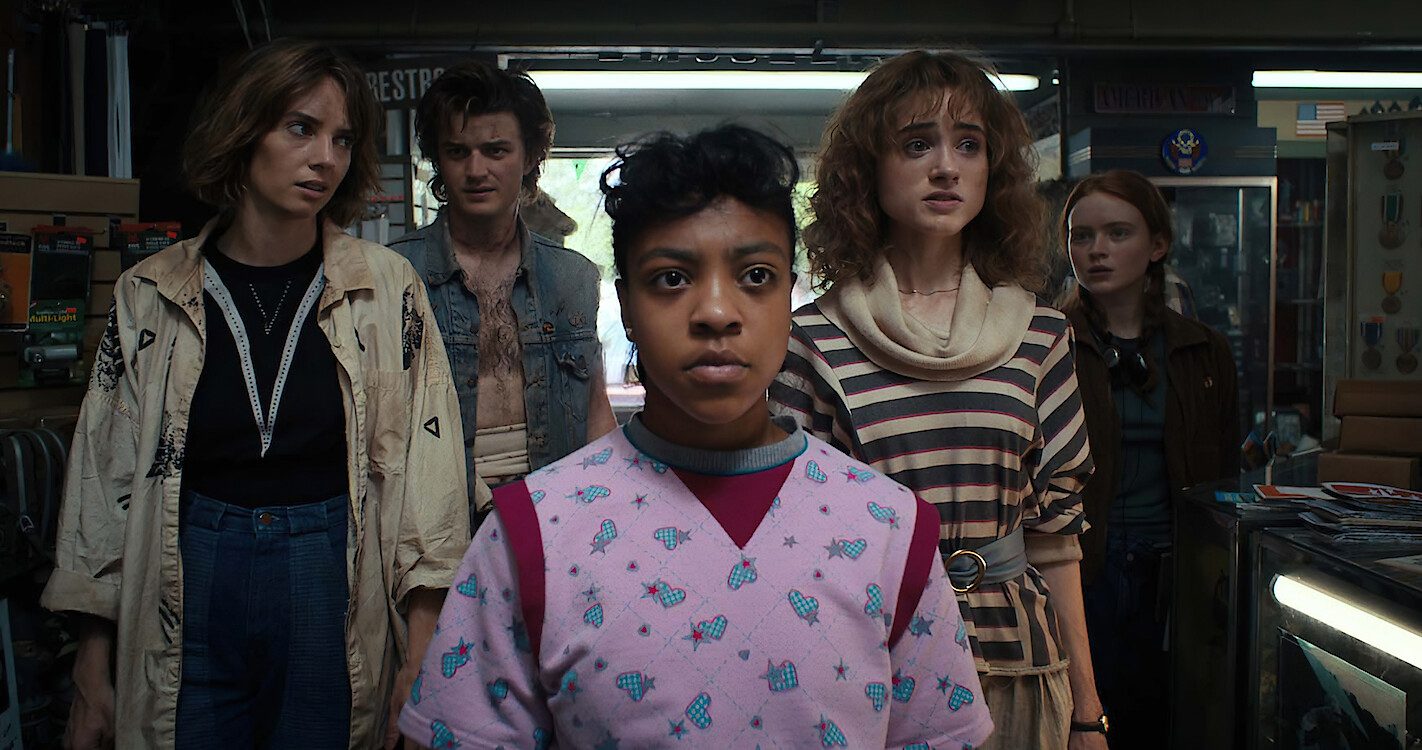 A still of Erica, Robin, Steve, Nancy, and Max from Stranger Things Season 4

Chrissy was the most popular girl in Hawkins High. She was the leader of the cheerleading squad and was dating a jock named Jason, who was handsome and cooled himself. The two seemed to have a pretty normal relationship until we saw the dark side of Chrissy. She is haunted by Vecna and, with each passing minute, falls deeper into his trap. Chrissy was innocent and the most beautiful girl for her age.

We saw her succumb to madness. Although, help came in from Eddie Munson, who agreed to supply her with some drugs that would help her ease her pain. While the two are at Eddie’s trailer, Vecna finally chimes his clock and brutally murders Chrissy. This creates an opening to Upside Down at Eddie’s place.

Fred Benson is a colleague of Nancy as she is studying in Hawkins. The two work in the high school paper publishing sector. In order to get some news about Chrissy’s death location, the two decide to visit it. They are trying to publish about it in their newspaper which is not so popular. All this while, Fred is seen having the same sort of visions that Chrissy had, including the grandfather clock.

Well, his visions pointed out some of the crimes that he did in his past and enhanced the guilt inside of him. Later, while Nancy is interviewing Eddie’s uncle, Vecna comes and gets Fred in the middle of the road. His body is found in the same cruelly damaging manner. Another opening to the upside-down appears at his death spot.

He is a colleague of Jason and Lucas on the Basketball team of Hawkins High. He is one of those unfortunate people who have started to see the visions that Vecna shows his prey five days before he is about to kill them. Finally, when Jason and Patrick are about to catch Eddie on a boat, Vecna takes Eddie in the air and kills him. This opens the door to the upside-down lake.

Max is not dead yet, but it is not known whether she will survive Vecna’s attack or not. In the end, when Eleven came to meet her in real life, she was in a critical condition, and the doctors call it a miracle. She survived because of Eleven, and she reminded her of their happy memories. When El enters the void, she still can not feel her soul, which might indicate her death. It will all be clear in Stranger Things Season 5.

This was the most horrifying death to happen at Hawkins. We saw how Eddie was given a whole character ark and backstory in the series. Every fan started to connect with him throughout the episodes. Eddie came forward as a scared lad who escaped his trailer when Chrissy was murdered. Although, his bravery was proven later. He surely was one of the coolest people to ever be on the show, and his taste in metallic music is just awesome. The concert which Eddie pulled in the middle of Upside Down was one of the best of the whole century.

Now, this concert took place because the team decided that the Demobats, who are protecting the home of Vecna, shall be put away, or he will be warned about them coming. In order to distract these creatures, Eddie and Dustin try to play music as loud as possible. When the bats are finally lured into the trap and arrive at this trailer, the two hide inside of it. Although, there were some gaps and openings inside his house. Thus, the two try to return to the normal world instead of fighting the demo-bats. Well, Eddie nudged Dustin away and did not enter the honest Hawkins himself.

Instead, just to save everyone, he gets arms and starts a battle against the bats himself. This serious injures him, and the bats ultimately kill him. The town of Hawkins will never know how Eddie sacrificed his life to save the people who accused him of murder. Although, his death did not go to waste because it saved Dustin and the Stranger Things crew in order to damage Vecna. Before he died, Eddie shared a small moment in Dustin’s arms and went away happily. The reason why Eddie did so is obvious. He did not want to run away this time, not even from Vecna and his army.

Dustin brings back the chain that Eddie was wearing because it was obviously impossible to bring his body back. He gave that chain to his uncle, who was constantly trying to search for Eddie even though everyone in town despised him. Dustin also tells Eddie’s uncle that his nephew died a hero.

He is possibly the reason why everything ever happened in Hawkins in the first place. He also traps Eleven once again in Season 4 as she was trying to help her friends. Brenner is a man of science and loves to experiment with various objects. Eleven is one of her subjects, and now that he has her back in the NINA Facility, he does not want to let her go. In the start, he surely helped her gain her powers back, but everything was too much when he refused to let her go saying that she was not ready.

Finally, when NINA is raided by the military, he tries to escape with Eleven. During this process, some military men shoot Brenner down, and Eleven is free. She kills the military that is trying to come after her. While dying, Brenner frees El of her shock collar. He also says to her that all he ever wanted to do was to take care of her. She leaves the spot saying Goodbye; Papa and Brenner finally die. Well, this was a great end to his character arc.

Jason Carver is a meddlesome jock who does not like anyone but himself. He is full of ego, which often gets damaged by others, and thus, he sets out to take revenge. Well, this was also done by Eddie Munson as Chrissy went to him during her final hours instead of Jason. Thus, he created a search party in order to kill him. Later, when Lucas leaves his team in order to join his old friends, this hurts him as well, and he tries to kill him. Well, in the end, when Max dies and Upside Down finally has come into existence in the real world with four deaths, the boundary rips him in half.