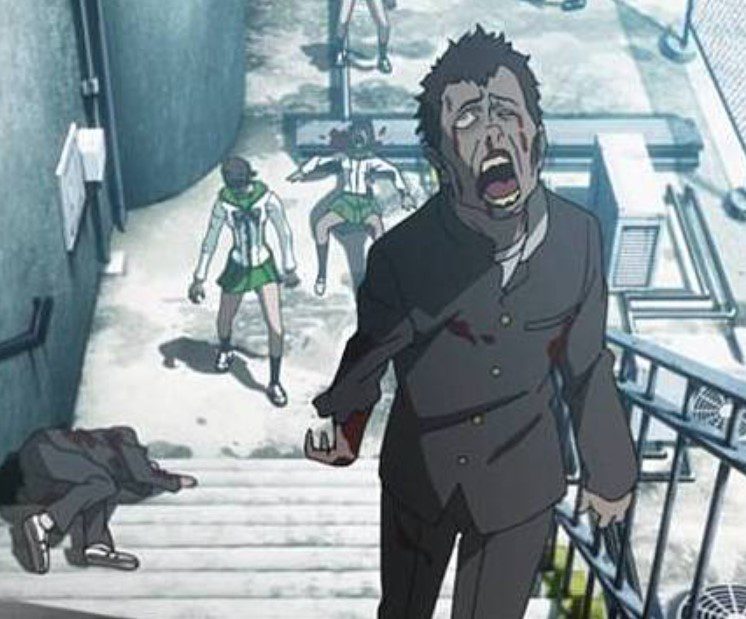 We have seen most of the best manga with humans and other creatures, but it is rare to find a manga where the main character is a monster or a zombie. This will be fun since we will introduce you to such manga where the main character is a zombie. Some of those characters became zombies for an experiment to defeat the zombie organization or turned into zombies after another zombie sucked their blood.

Magical Girl Apocalypse is the top and best-ranked Zombie Apocalypse Manga ever. This one is rare since most of us expect zombies or monsters to be males, but this one is interesting since the zombie is female, and it is interesting to read. This is the story of a zombie girl who hates her normal life. Kii Kogami is a boy who encountered a little girl who became a zombie after she wished for something to happen in her life since she hated her everyday life. 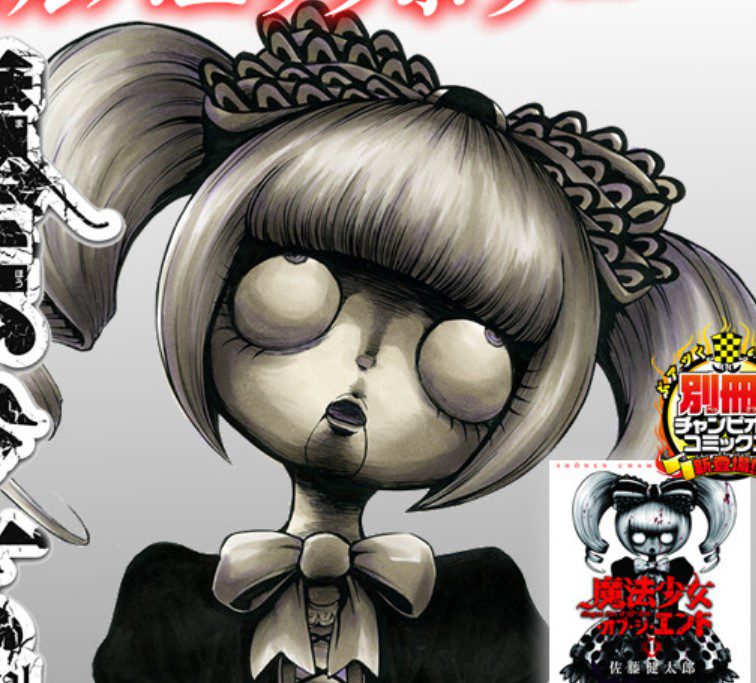 A mysterious incident that changed Kii’s life happened during class time at school when he saw one of his teacher’s heads explode. Kii thought he was daydreaming, and he went to the bathroom to see if what he saw was real or an illusion. When he returns to the class, he encounters a little girl and finds that all the students, including the teachers, are dead. Kii realizes that the little girl killed everyone.

Also Read: 7 Best Mystery Manga That You Should Read

This one has topped the list as the best Zombie Apocalypse Manga about boys who were arrested for murder. Yoshiaki Maeda was framed and convicted of murder and sent Shouran Academy Juvenile Detention Center. He shares Cell 4 with his inmates Masafumi Yoshioka, Gou Iwakura, and Mitsuru Yamanoi. They were all detained on different charges and sentences. Yoshika believed that his life was over and learned that the prison was full of a violent power struggle. 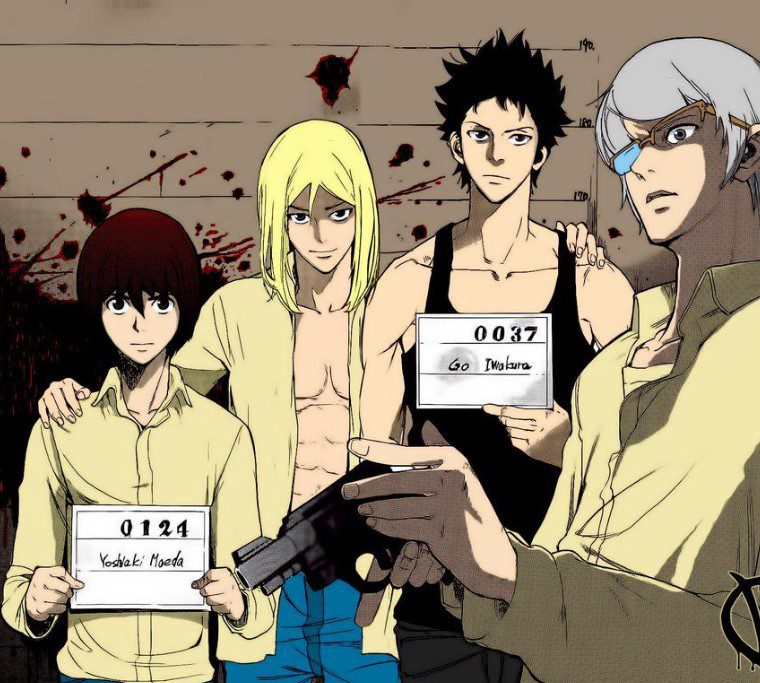 Unfortunately, things get worse when one of the inmates and employees learns about the outside world ravaged by a zombie apocalypse. One day in the middle of the night, a truck carrying infected humans met with an accident and was crushed in prison, and the prisoners were under the threat of the undead.

The Walking Cat: A Cat’s-Eye-View of the Zombie Apocalypse

This is one of the great zombie stories that involve humans and animals. When civilization is dead, the Zombies begin to roam the Earth. Jin is an ordinary young man who tries to survive the world of zombies one day, he finds a white cat in chaos and saves it from certain death. Jin and the cat travel together to find Jin’s wife, who has been missing and may yet be alive. 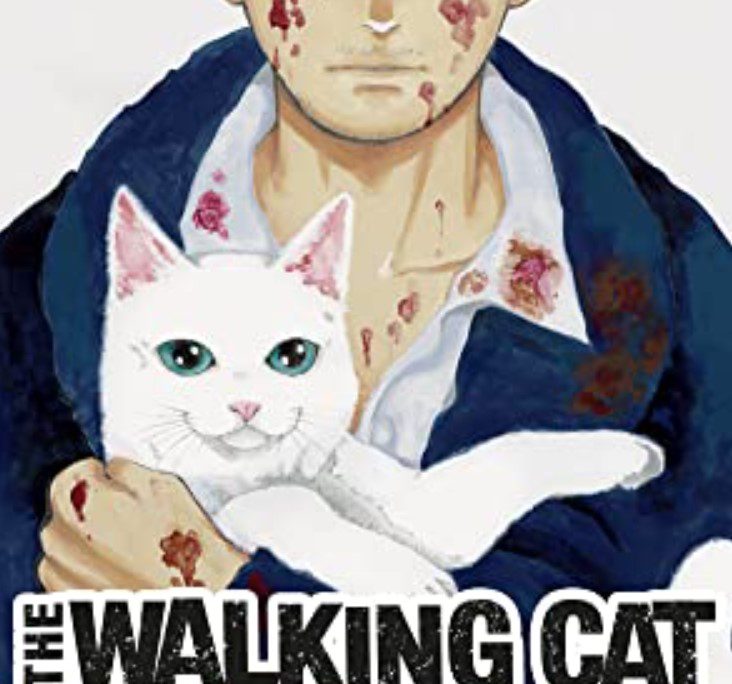 The Walking Cat: A Cat’s-Eye-View of the Zombie Apocalypse

The Reborn Otaku’s Code-of-Practice for the Apocalypse

A mysterious man who lacks power, money, and looks have been living an apocalypse for ten years. He is closer to falling inside the mouths of zombies, but his life ends when he tries to survive the duel between two gangs. After his death, the mysterious man opened his eyes and found that he was teleported a decade ago before the Apocalypse occurred, and this has changed his life since he knew what would happen in the future. 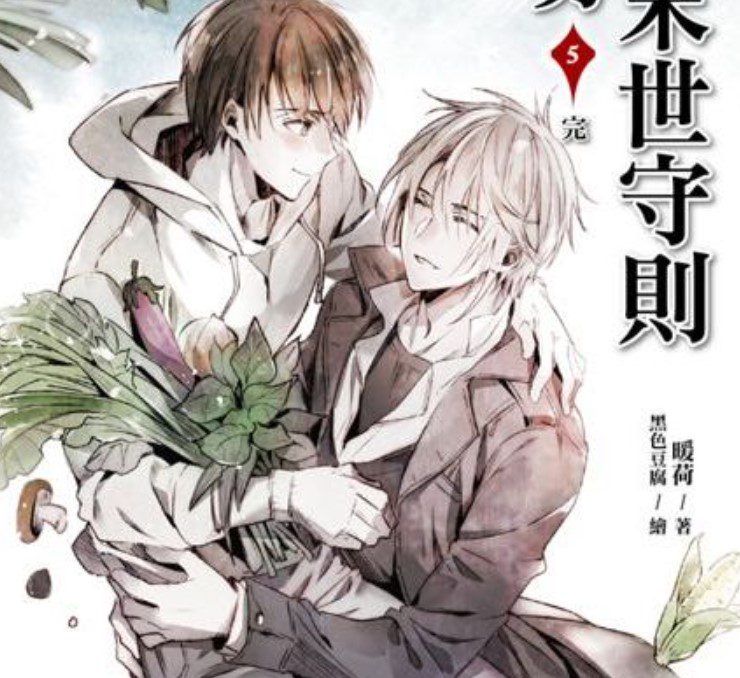 The Reborn Otaku’s-Code-of Practice for the Apocalypse

Back to the Apocalypse

This is interesting since a hero returned after the zombies ravaged the world. One day the Apocalypse began, and zombies began to destroy the Earth while killing everyone. However, a man named Bai Jing arrived with his space dimension when he was reborn. Things get interesting when a lousy man turns into a loyal lover. The survival of the fittest begins as Bai Jing vows to save the world from the zombies. 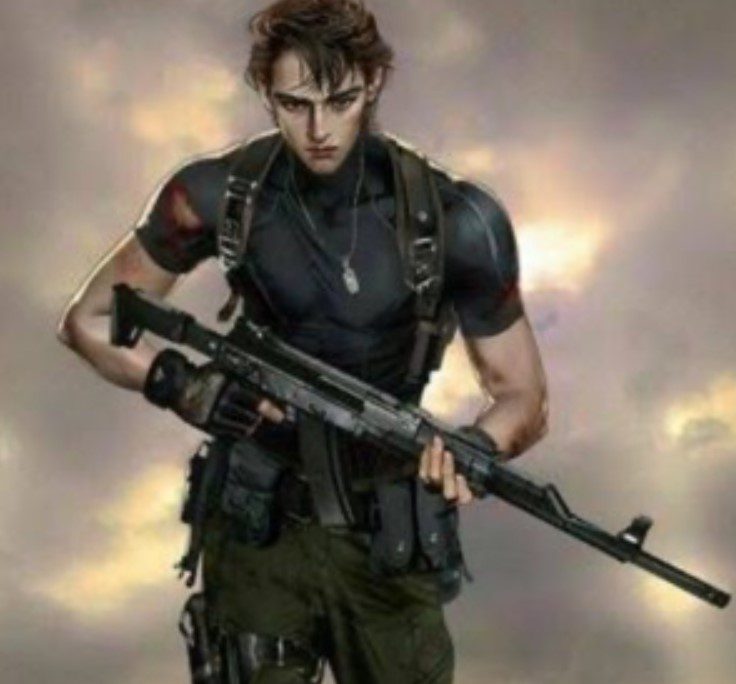 Back to the Apocalypse

Ling Wen Xing and his brother reside in the slums where the zombies believe it is their territory. One day there was a zombie outbreak, and Ling’s brother was infected by one of the zombies. Ling joined the zombie elimination squad to have a long life. He experienced many dangers; later, Ling awakened to the super apocalypse system. Ling begins to kill zombies and raise his rank to become the strongest. He became the most feared man by zombies since he was hunting them instead of them hunting him. 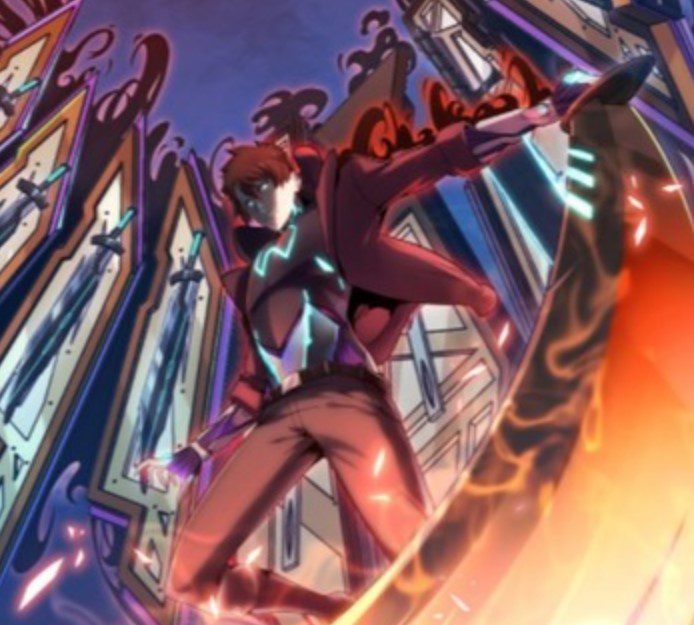 This is also another best Zombie Apocalypse Manga that reveals the death of Yu. Yu’s death happened hundred years after the Apocalypse. He was killed by mistake but was fortunate since he managed to travel back in time before the beginning of the Apocalypse. Qin Yu became a formidable warrior with his apocalyptic combat experience and skills since he faced ferocious zombies. He faced hardships while saving the world and protecting his beloved younger sister. The love between a brother and sister is unbreakable even when a scary creature like a zombie tries to kill them. 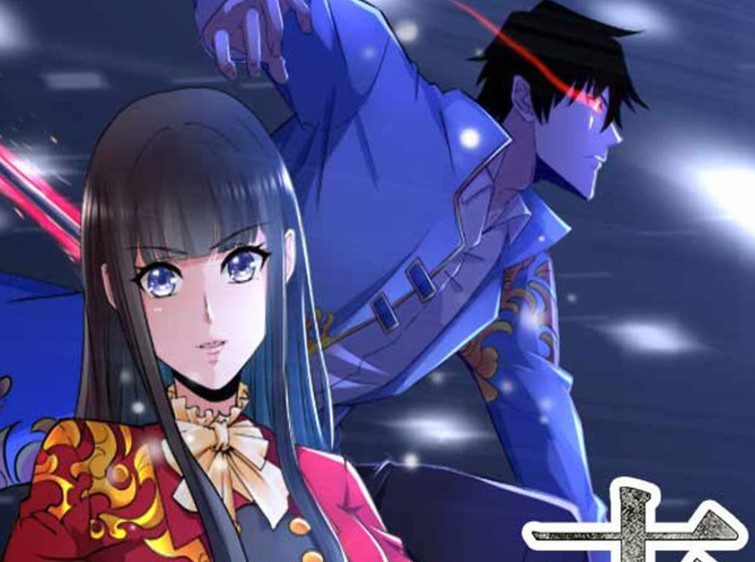 Ye Bei was taken by the “White Lotus B” leader when the Apocalypse broke out. The zombie organization and virus began to spread widely. Bei’s arm was injured after a zombie bit him. He spent fifty years living like a cockroach in the Apocalypse. Bei became a mechanic using his talent and created a time machine that sent him back 50 years ago before zombies injured him. He begins to rewrite his legendary life, but his life changes when he becomes more selfish and villainous and vows to be worse. One day he sent one of the female students to be the food for zombies. 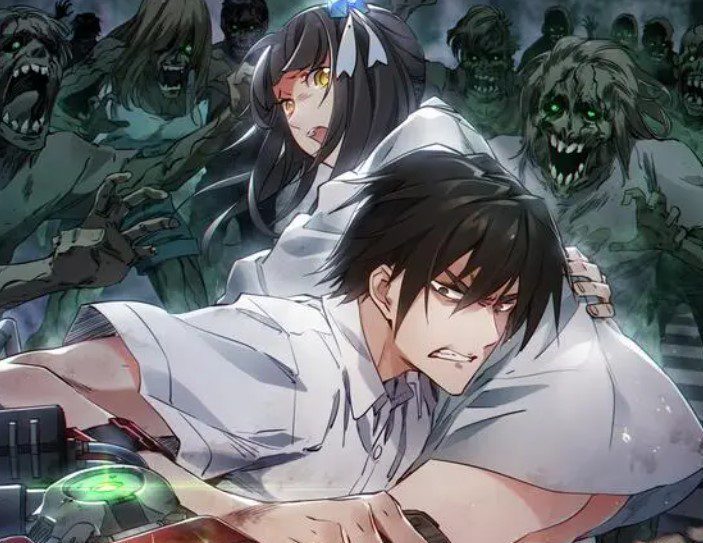 I Opened a Clinic in the Apocalypse

This is the last best manga on the list about Wen QingLing, who was forced to block zombies. However, he had no match for zombies and ended up being bitten. Wen QingLing was betrayed by his teammates, who fled the scene and left him dealing with the zombies. However, he decided to find a peaceful place to die, but when he thought he could die, it was spring that the zombies surrounding him died. Wen QingLing realizes that he has become a half-human zombie, and no one can differentiate whether he is a human or a zombie. 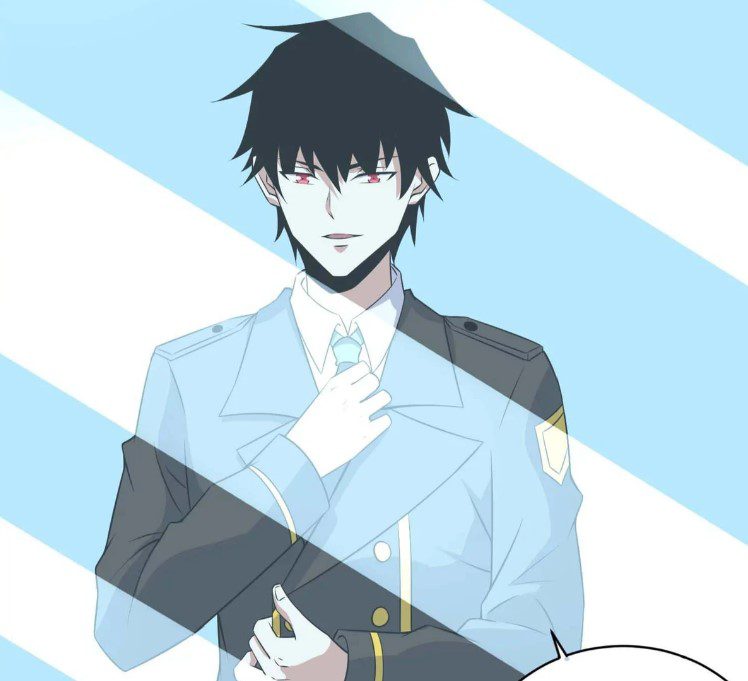 I Opened a Clinic in the Apocalypse

His body regenerate, and all the wound heals themselves, and he begins ruling the zombies. Qin heads home and helps his zombie parents to regain consciousness after restoring their lives. He and his family opened a clinic in the City of Zombies. They begin to treat the infected humans and help zombies to return to their human forms. Qin and his family became popular, and their clinic is known all over the city of zombies.

Also Read: What Would A Fight Between Hashirama Vs. Saitama Look Like?