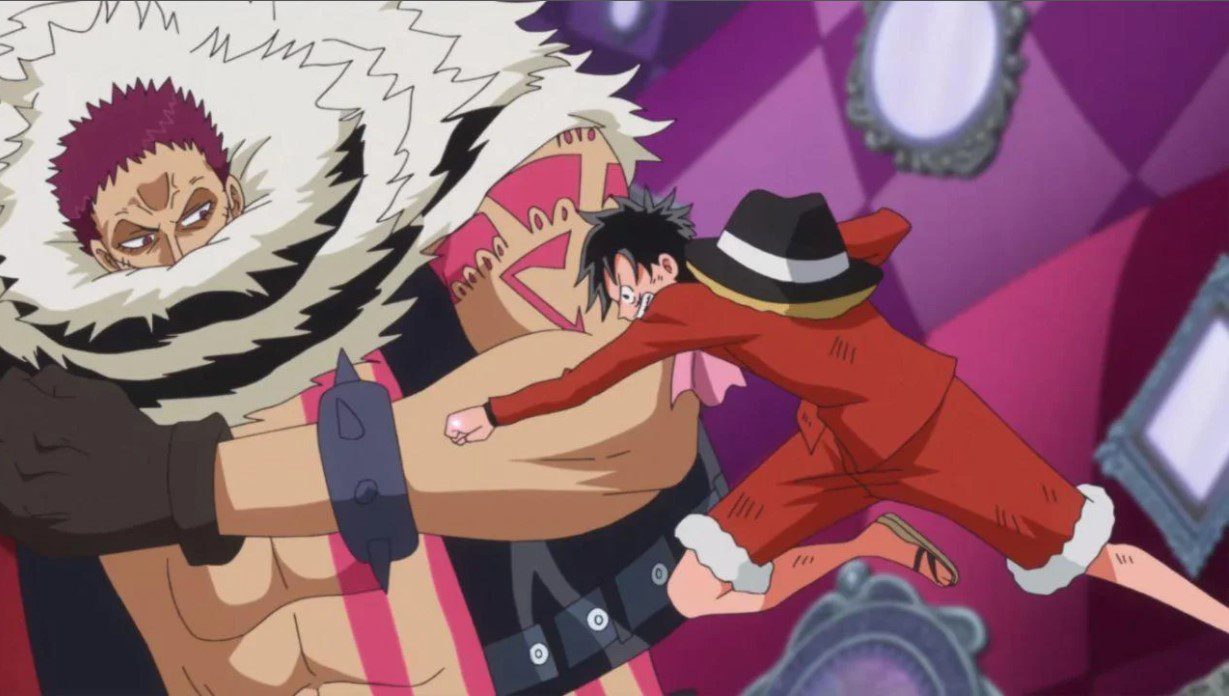 As a One Piece fan, there are a lot of things you can wonder about when it comes to the plot and character development. Especially if you prefer more fighting scenes in the anime, then you will have to go back and forth rewatching your favorite fight of the show. So this time, we will take a look at what One Piece episodes does Luffy fight Katakuri because that was when we saw him reaching the next level in terms of his Haki development.

When introduced, Katakuri seemed to be an invincible enemy that Luffy would have to fight. But we had no clear idea about how he would do it. Prior to this, we have just witnessed Luffy defeating Doflamingo as he introduced his gear fourth. Then when we were still looking forward to what more he could do, then Katakuri appeared, and Luffy seemed to have no chance of defeating him.

Even Katakuri could tell from the beginning that Luffy had no chance of winning. But just so his crew could escape then, Luffy made it his responsibility as the captain that he stops Katakuri because he would have caused way more damage. This became clear when Katakuri ambushed the strawhats from their ship. So just when they thought they had gotten away, they were surprised to find Katakuri and his team waiting for them.

Then after this, we got to witness the beginning of the Strawhats’ escape from Tottoland while Luffy holds Katakuri down even though it seemed impossible at the time. Looking into the episode in detail will help remind us how Luffy vs. Katakuri took place back then, and also get to learn more about how Luffy managed to turn the tables and win this fight. 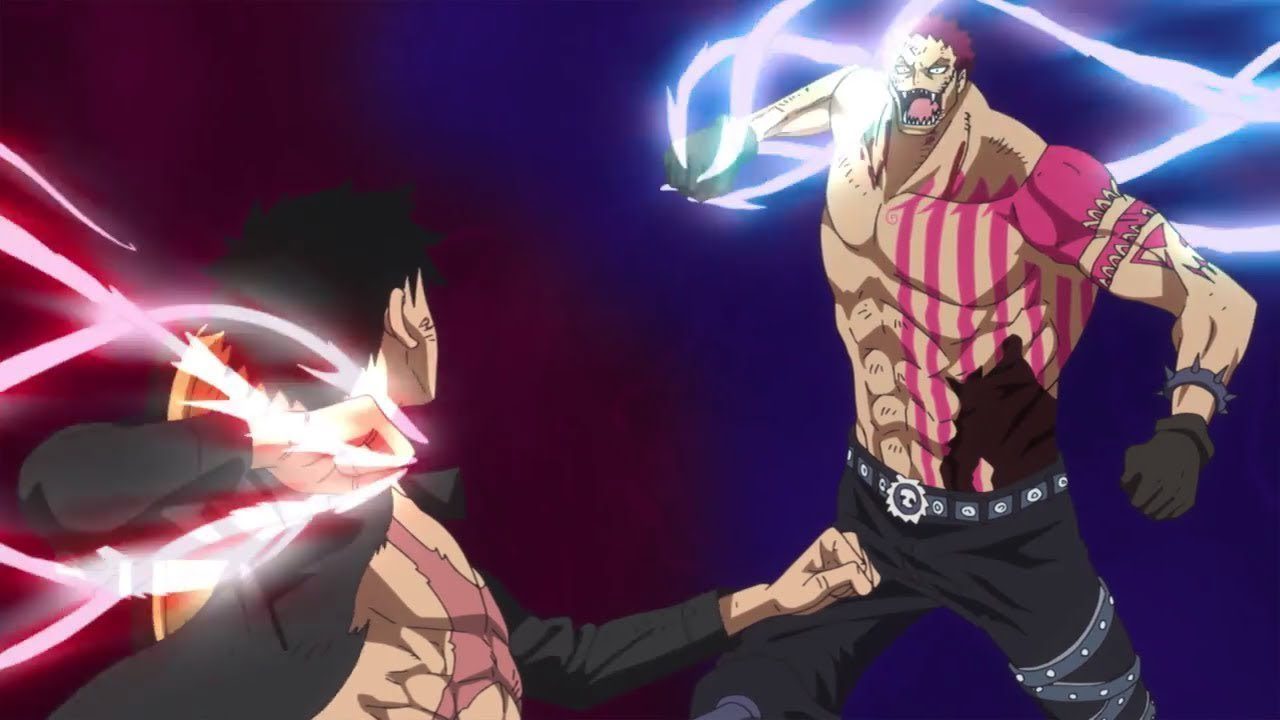 What Episode Does Luffy Fight Katakuri?

Luffy confronts Katakurin in One Piece episode 851. This is the episode where Luffy had managed to force Katakuri into the mirror world for a 1 v 1 fight. The episode is called “The Man with a Bounty of Billion – The Strongest Sweet Commander, Katakuri.” Luffy did this so that his crew could get away from Whole Cake Island without Katakuri interfering, otherwise, it would have been impossible. 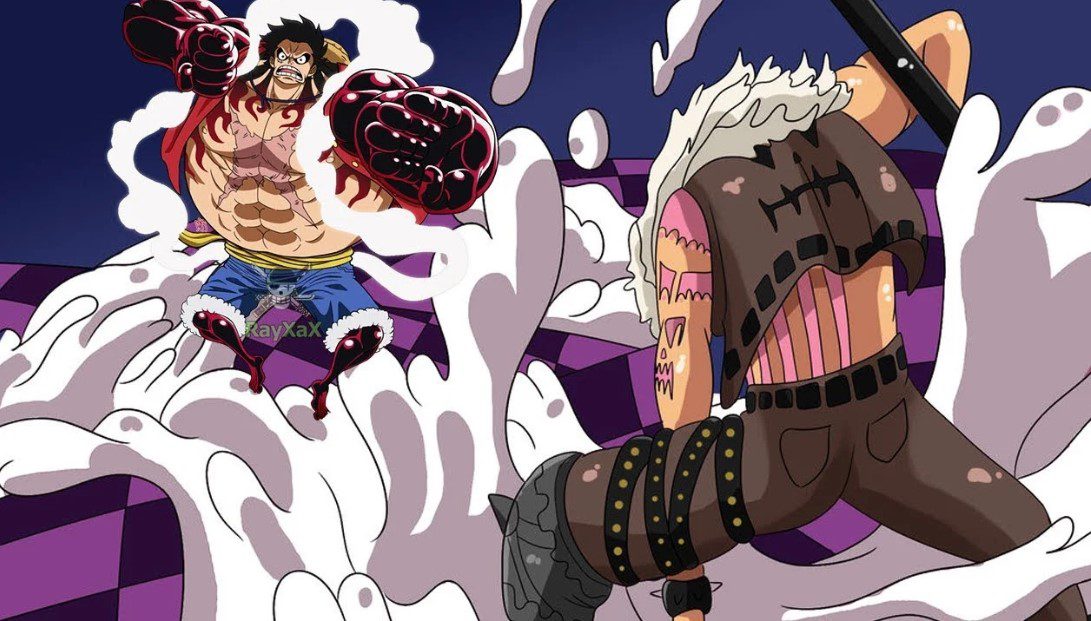 Katakuri easily stated that Luffy’s reckless behavior poses him as a dangerous Pirate to the Big Mom Pirates. And it was clear from the beginning that Luffh was no match for Katakuri in combat. Katakuri’s subordinates seem to be confident of that, as well as they have never seen Katakuri’s defeat. So with a bounty greater than Billion Berries, then he seemed to be one opponent that Luffy would really have a problem defeating. So a lot of factors came into play when they were fighting, and at first, we could only wonder how Luffy was going to pull off a win against an opponent he had next to zero chances of defeating.

Faced against the strongest of the three sweet commanders, Luffy moved to attack Katakuri, but all of his efforts were easily dodged, and he retaliated with a stronger attack on Kenbushoku Haki. Katakuri easily matched all of Luffy’s attacks as their devil fruits were similar. So whatever Luffy attacked with, Katakuri would just reply with a similar but yet stronger version of Luffy’s attacks. From this point on, it was clear that Katakuri was superior to Luffy in all aspects, and Luffy replied by his gear 2 attacks and only gained a slight advantage in speed.

From here, Katakuri predicted Luffy activating his elephant gun and replied beforehand with a giant fist of his own as well. So this is the point where their fight started to intensify.

Luffy vs. Katakuri continued to One Piece Episode 852. Their fight was entering the next stage as Luffy managed to identify a bit of Katakuri’s weaknesses. Because he noticed that his gear 2 attacks were faster than what Katakuri could handle. So it was at this time that it started to look like Luffy had a plan to fight Katakuri. We also learned more about Katakuri, his character and honor as a Pirate, and his code of conduct.