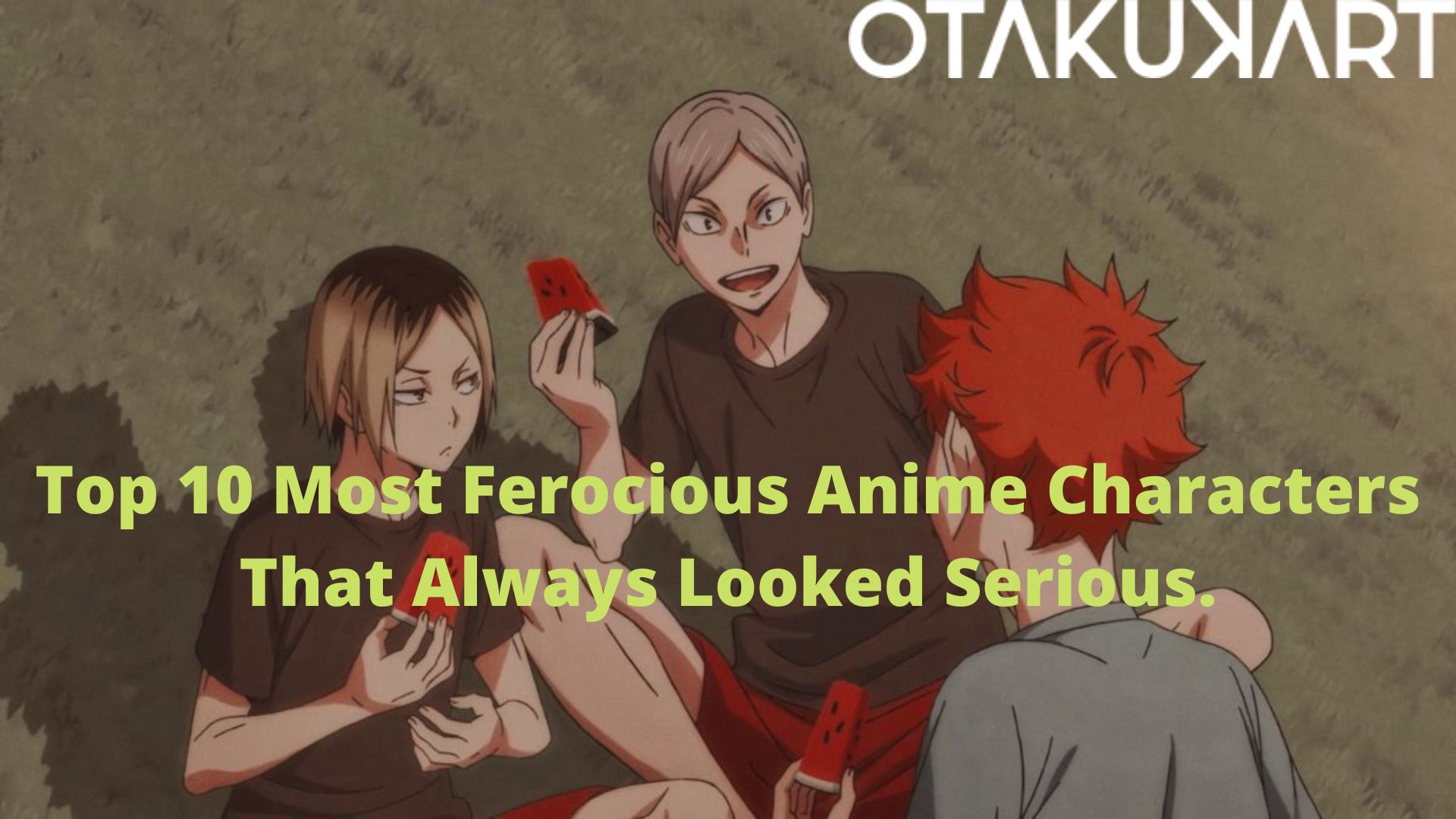 In real life, it is not considered really nice to have anger issues. Sometimes these also wreck our social life. However, it is not the same in the Anime world. Sometimes anime characters with anger issues are showcased in such a way that it is justified as a trigger for their superpower. Today we will talk about 10 most ferocious anime characters of all time. These characters are generally very strong and are presented as someone who gets irritated easily. This is not easy for the writer. As they have to maintain the healthy gap between toxicity and behavior qualities they want in their character.

Over time, it has become clear that fans adore these characters. Their irritability and aloofness truly catch the eye. People also simp hard when a character exhibits a quick temper, excessive strength, or other submissive behavior.

Conflict is one element that propels every story. And let’s just state that some people exhibit this trait far more frequently than others. For this list, we’ll examine some of the anime characters with the shortest fuse possible to discover how irate they may become. Particularly at stuff, you didn’t know made others furious. These anime characters are our top choices for having the shortest tempers ever.

The following list contains 10 most ferocious anime characters of all time. Fan-girls you guys can calm down since it is going to be a ride of excitement and hot characters just how we like.

Attack on Titan’s main character, Eren Jaeger, is a former Scout Regiment soldier. He is the youngest paternal half-brother of Zeke Jaeger, the sole child of Grisha and Carla Jaeger, and the current owner of the Attack Titan, Founding Titan, and War Hammer Titan.

The best way to characterize Eren is as hot headed, sturdy, passionate, and impetuous because of both his intense desire to defend humanity and ultimately escape the Walls. He raged and yelled at his mother as a young child because he was so determined to join the Scout Regiment, calling the villagers “silly” and comparing them to complacent sheep. 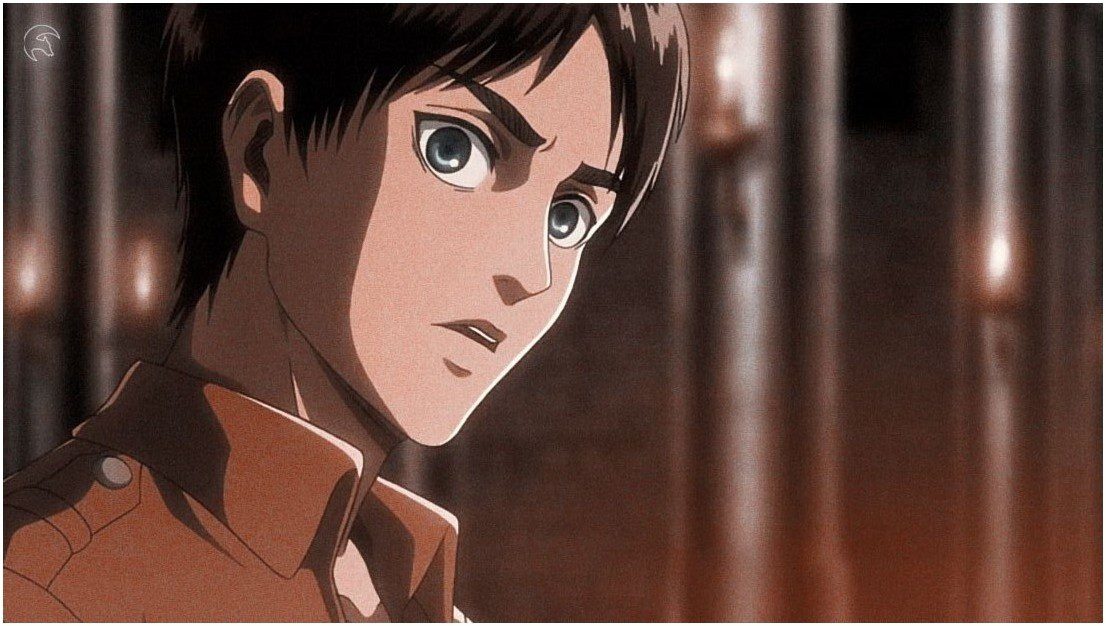 One of the key characters in Demon Slayer: Kimetsu no Yaiba is Inosuke Hashibira, who, together with Zenitsu Agatsuma, travels with Tanjiro Kamado and Nezuko Kamado. He belongs to the Demon Slayer Corps and is also a Demon Slayer.

Inosuke is a very irritable and arrogant young guy who continually believes he is the best fighter in a given circumstance. He regularly challenges most people he encounters and longs for people to appreciate and admire him for his prowess. Giyu Tomioka had to bind him up after his battle with the Father Spider Demon to stop him from trying to challenge the Hashira to a battle while still critically injured from their previous encounter as evidence of his tendency to overvalue his skills in comparison to the opponent and refuse to accept defeat. 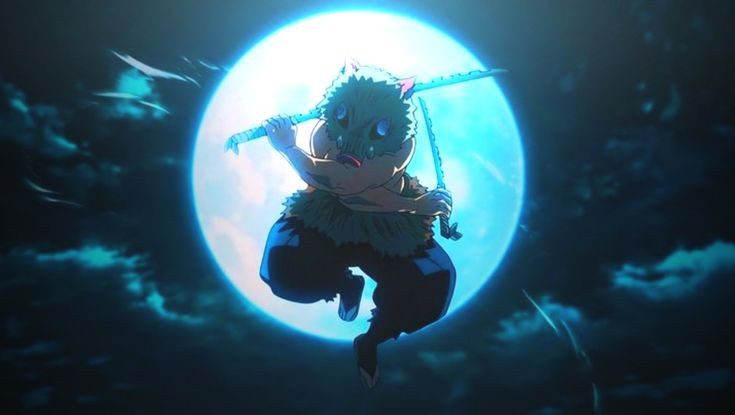 One of the Fruits Basket series’ deuteragonists is Kyo Sohma. He was raised by Kazuma Sohma as an adoptive son when his mother passed away, and his biological father rejected him.

Kyo has a short fuse, is obstinate, brazen, and has a harsh tongue. He is also seen as charismatic and shows his emotions openly, which draws people to him and makes it simple for Kyo to interact with strangers. He rarely shows this skill, though, and often the only stuff that comes out are his crude behaviors and disrespectful statements. In addition to being fairly violent and selfless, Kyo frequently resorts to yelling at others, including those he cares about. He uses this conduct as a protective technique to mask the hurt he has experienced. He really doesn’t want to harm others and is concerned about upsetting them if they approach him. 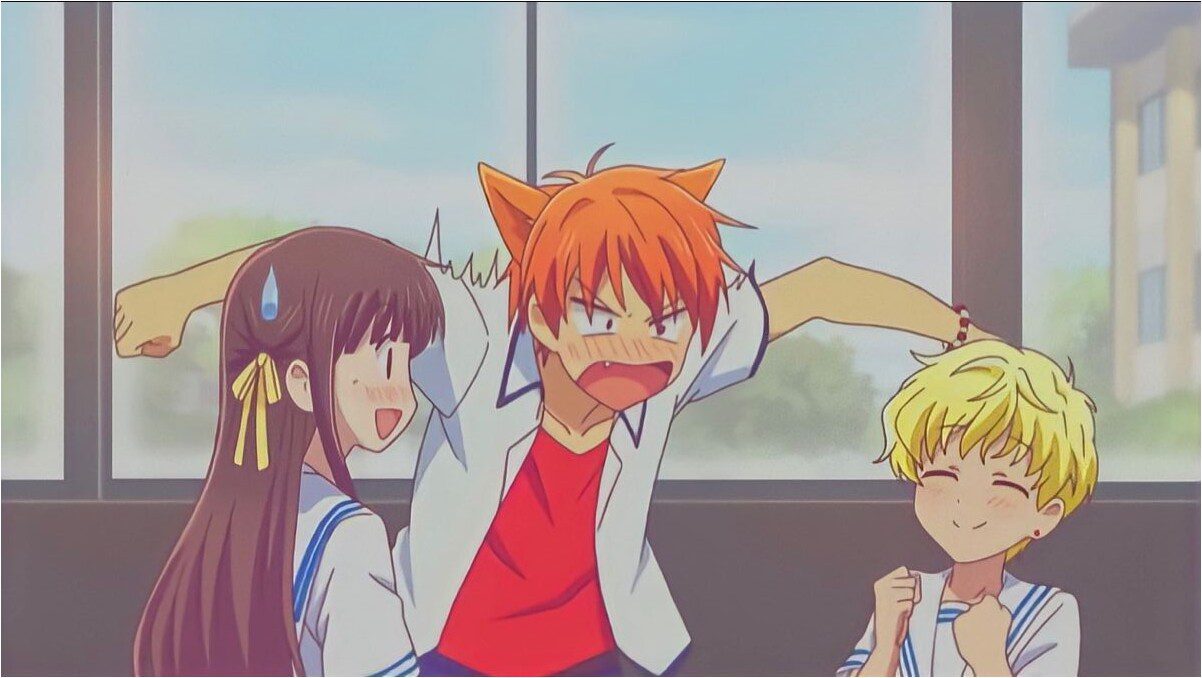 Natsu Dragneel is a member of Team Natsu and a Mage in the Fairy Tail Guild. He is Zeref Dragneel’s younger brother and was reborn as E.N.D., his brother’s most potent etherious, after having originally passed away 400 years prior. Natsu is one of the five Dragon Slayers that were transported to the future from the past 400 years, and she has a further function in aiding in the downfall of Acnologia.

Despite his many fights with the other Fairy Tail members, Natsu has a carefree and wild nature and is a fiercely devoted and guarded buddy. Despite how pointless it may seem, he is prepared to die fighting for his buddies. Natsu is simple and frequently takes a “hands-on” approach to solving problems. He frequently resorts to violence as a remedy. Natsu hardly ever expresses resentment and frequently shuns, keeping grudges, even when treated disrespectfully or with blatant animosity. There have only been two situations where Natsu rarely shows any perverted desires toward the other sex. 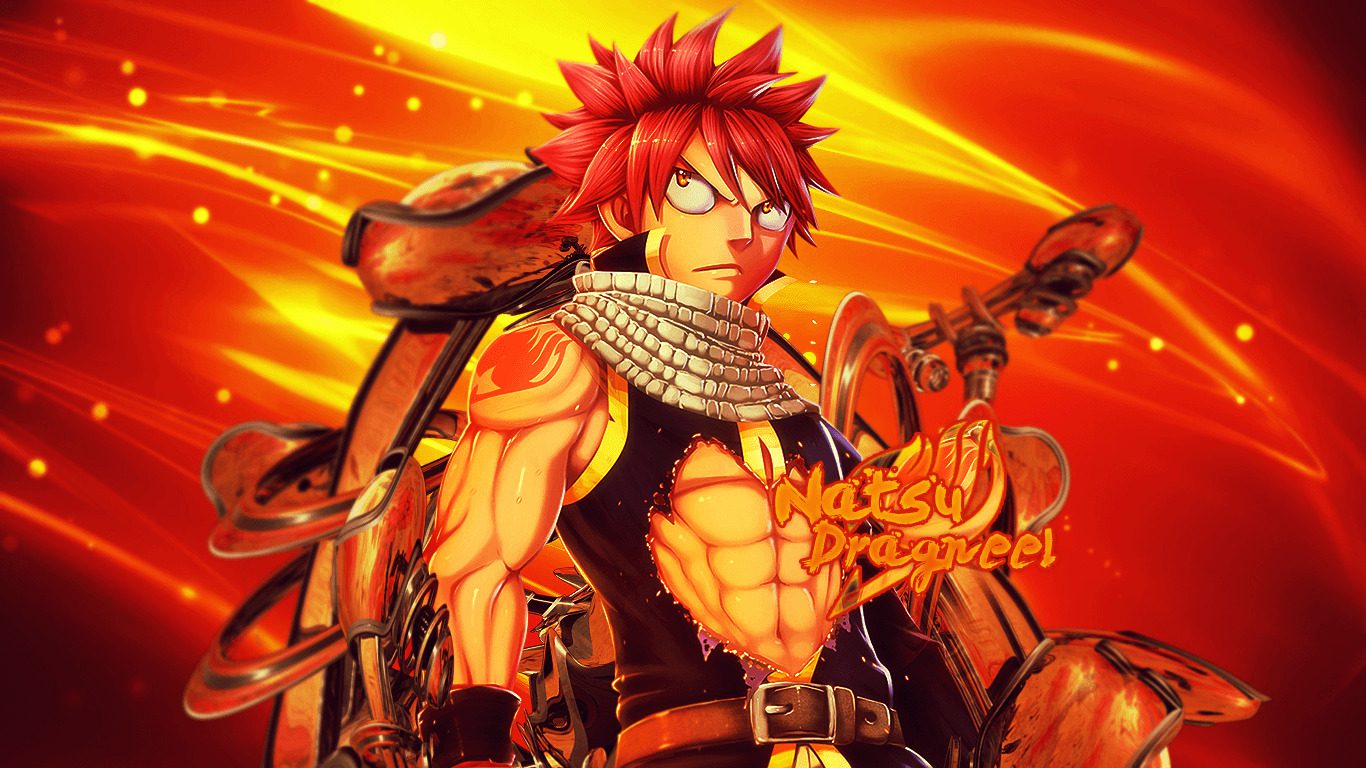 Katsuki Bakugo, also known as Kacchan by his childhood friends, attends U.A. High School in Class 1-A and is pursuing his dream of becoming a professional hero under the pseudonym Great Explosion Murder God Dynamight. He serves as the show’s deuteragonist.

Particularly towards the start of the series, Katsuki is a crude, haughty, angry, and confrontational character. Katsuki often comes across as being unheroic. Since his early years, when he was reported to bully a younger, quirkless Izuku Midoriya, this troubling tendency has existed. He frequently boasted about the strength of his Explosion Quirk and even boasted that he would defeat his rest of the middle school class, demonstrating that he was highly haughty and contemptuous to those around him. He openly disliked Izuku, primarily due to the latter’s previous Quirkless condition, and constantly dismissed his desire to become a Hero. 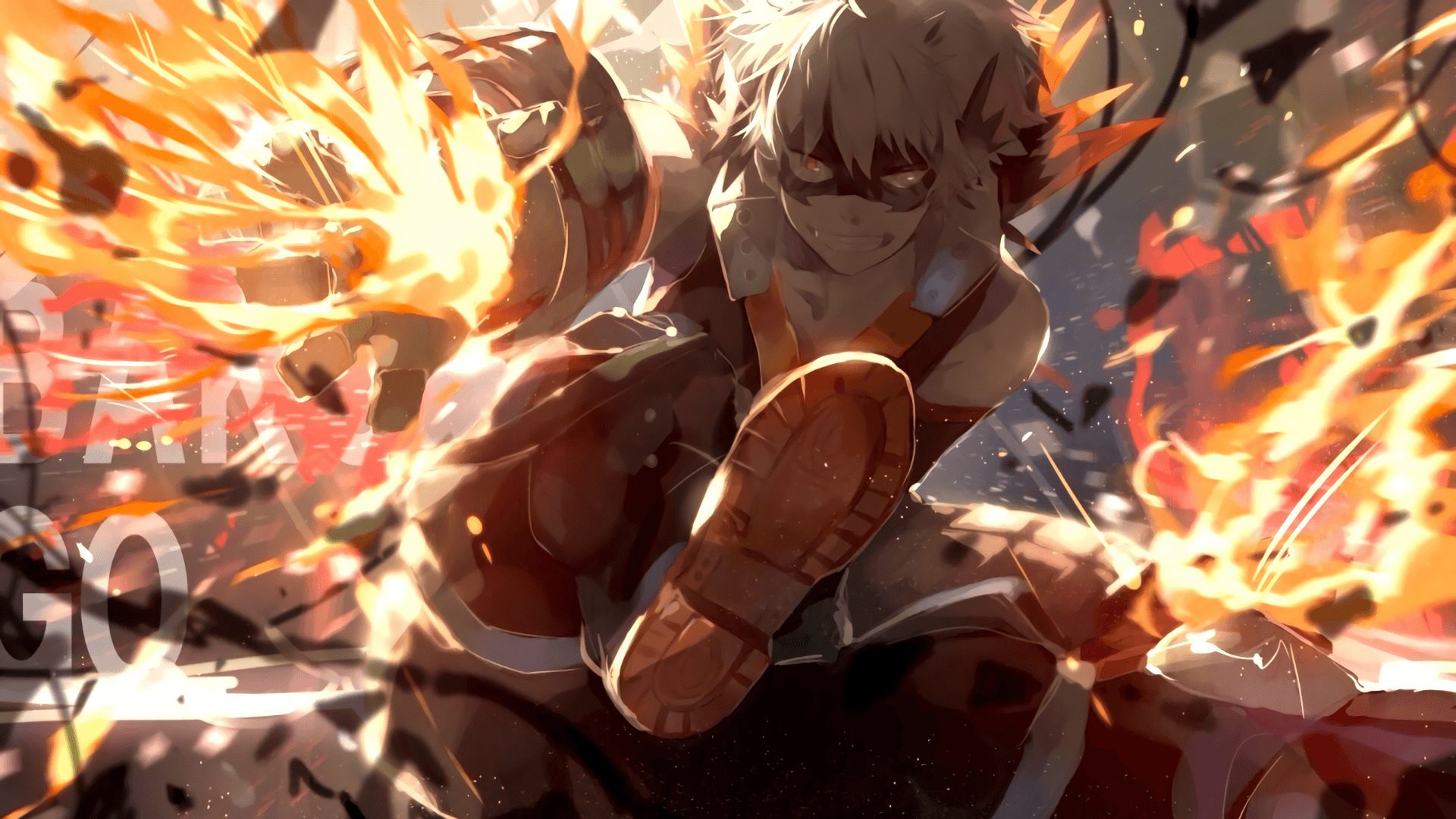 The Fairy Tail Guild is where Gray Fullbuster is a part of Team Natsu. Gray is a laid-back person, but when the situation demands it, he will become serious. He and Natsu are friendly rivals, and although they frequently engage in verbal or physical combat, the two are truly quite worried for one another. Gray used to be rather stubborn and careless, but as he got older, he learned to be more cautious and methodical in his approach to life. He sincerely cares about his teammates and is dedicated to his guild, yet he occasionally engages in trash talking. He also has the unsettling habit of unconsciously taking off his clothes when it’s not acceptable. 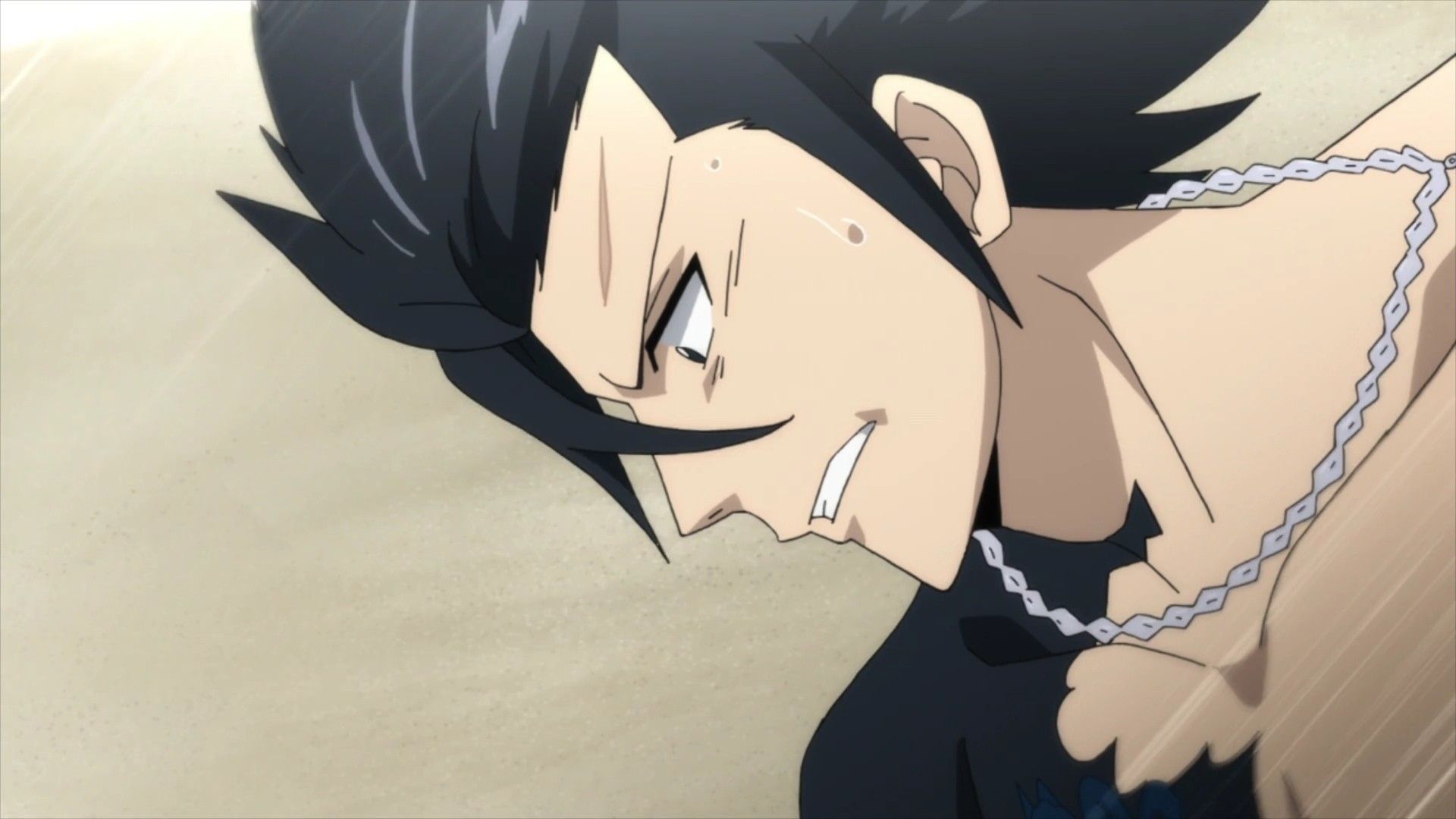 Deidara was an Iwagakure-based S-rank missing-nin. He was a part of the Explosion Corps while he lived in the village. He was the youngest member of Akatsuki after being forced to leave the village. There, Deidara was coupled first with Sasori until Sasori passed away, then with Tobi until he himself passed away.

Deidara typically had a casual, laid-back demeanor while partnering with Sasori, never losing his grin despite engaging in a fierce combat or being held accountable by his partner. He was matched with Tobi, but his demeanor seemed to have changed somewhat because he would get upset fast when his partner acted disrespectfully or in an immature manner. He was also kind of a cruel arsonist; rather, he wasn’t above having a nice fight, and he frequently brutally blew up his opponents. However, Deidara’s passion for art was what set him apart. Even if it differed from his own, he would appreciate any manifestation of it. 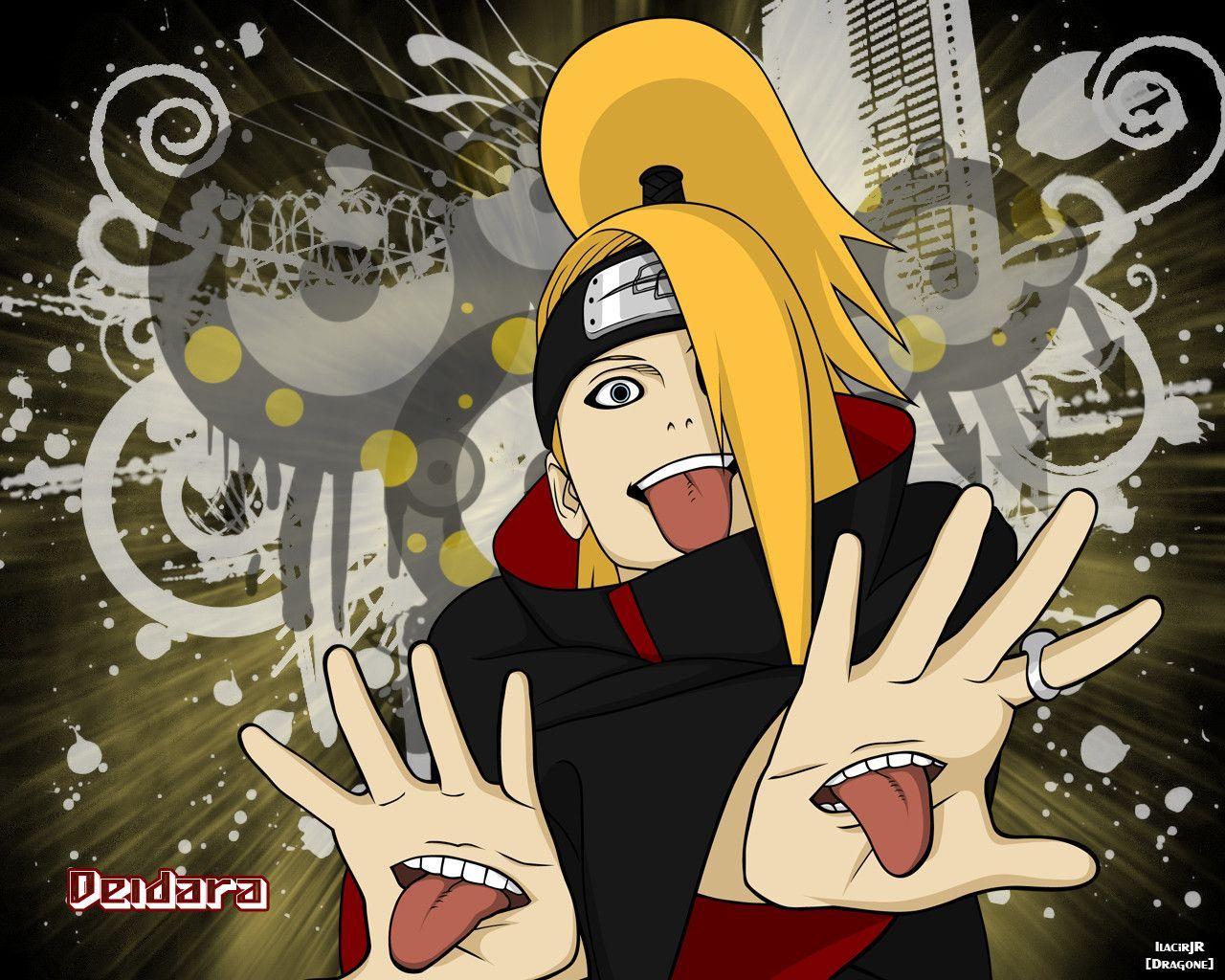 The Toradora! series’ primary female lead is Taiga Aisaka. She is given the moniker “Palmtop Tiger” because she frequently snaps at others in a violent manner and is short. She reacts aggressively to everyone, with the exception of her only friend at the moment, Minori Kushieda, and her crush, Yusaku Kitamura, and is often irritated over little things, especially her inadequate stature for a girl of her age.

Taiga is also notoriously clumsy, a quality that both she and others have noted. She really attacks Ryuuji Takasu repeatedly, the second attempt at his own home, which is right next door to Taiga’s, because of her clumsiness. Initially, Yusaku uses Taiga’s crush on him to his advantage in order to control her whenever she displays aggressive behavior. 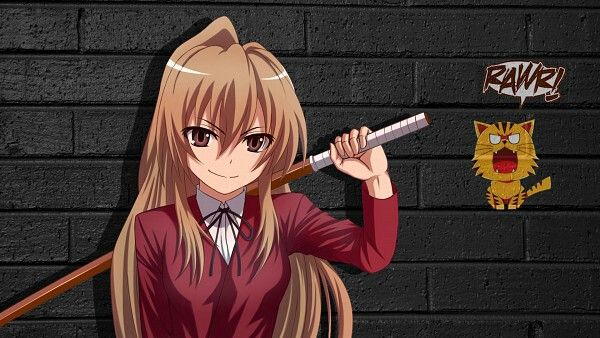 As the youngest sibling in her family, Misty can relate to Mikey, Sakura, and Max, as well as other small children. Because of her three elder sisters, Daisy, Violet, and Lily, who together make up “The Three Sensational Sisters” and who call Misty the “runt” or the “weaker one,” Misty has a small inferiority issue. As Misty gets closer to them, this complex gradually gets smaller. While Ash came along to obtain his Cascade Badge, Misty engaged him in combat for it, expressly identifying to herself as one of the Gym Leaders during this occurrence. This continued until Misty began her responsibilities as the Cerulean City Gym Leader.

Misty eventually reveals herself to be even more wise, kind, and mature as the book goes on. For a variety of reasons, Misty would keep Brock away from women, frequently yanking him by the ear and chastising him for his actions. Following their adventure through the Johto Region, Ash’s companions who accompany him on his adventures had this feature.

1. Vegeta, The Most Ferocious Anime Character

One of the main characters in the Dragon Ball series, Vegeta, or more particularly Vegeta IV, known as Prince Vegeta, is the prince of the extinct Saiyan race, the spouse of Bulma, the father of Trunks and Bulla, and the oldest son of King Vegeta. Vegeta is regal, pompous, and proud. He was previously a cruel, cold-blooded warrior and brutal killer, but he later decides to leave the Frieza Force and stay on Earth.

Throughout the entire series, Vegeta acts haughtily and develops resentment toward people because of Frieza’s treatment of his race. His anger for Frieza deepens as a result of the devastation of his home planet, Planet Vegeta. He appears to have received an overinflated sense of superiority from his royalty, considering himself to be superior to almost everyone he meets. He considers his Saiyan race to be the most formidable in the universe and is incredibly proud of his Saiyan ancestry. Despite this, he did not behave like a typical Saiyan, becoming even crueler and more arrogant under the influence of Frieza.

These were the Top 10 most ferocious anime characters of all time.