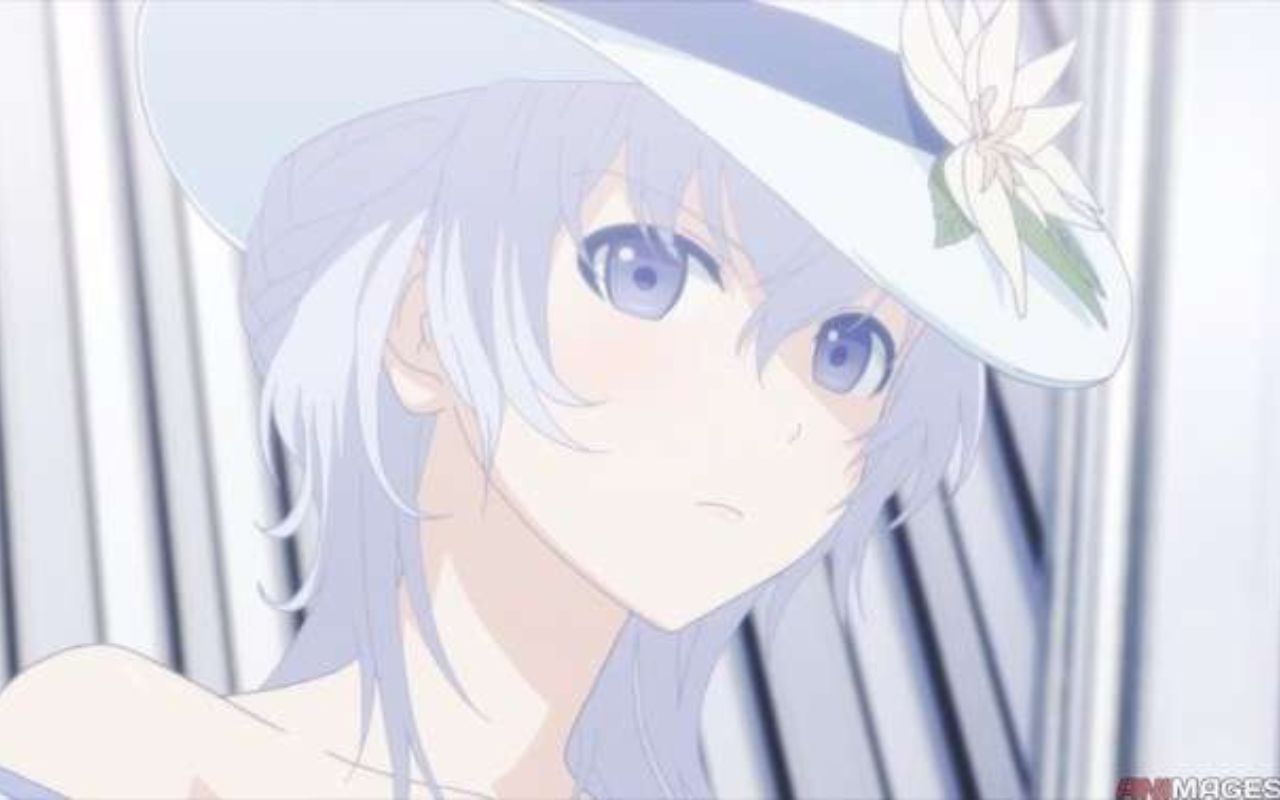 White hair girls easily grab everyone’s attention towards them no matter the anime! With their long white hair with their cute faces, how can anyone not see them as holy as angels? But with that said, every girl in an anime has a different role and characteristics. Some might be cute, some might be terrifying, but they never miss to hit the sport in fans’ eyes. Protagonist or not, they always find a way to shine brighter than the other girl anime characters.

We have witnessed white hair girls in the spotlight for quite a while now, but which one of them left the deepest impression in the hearts of the fans along the way? Let’s find out! Here is the list of the most popular top 10 white hair girls from anime. HOPE YOU ENJOY IT!

If anyone of you wants to know what an angel looks like, see Elizabeth Lioness of the seven deadly sins. She is one of the most caring and innocent girls that you have ever seen in any anime. I guess she is too much innocent! She is the 3rd princess of the Kingdom of Lioness and the incarnate of goddess Elizabeth. She is one of the protagonists of the series and is on a quest to find the seven deadly sins to save her kingdom from the ill deeds of the Holy Knights. 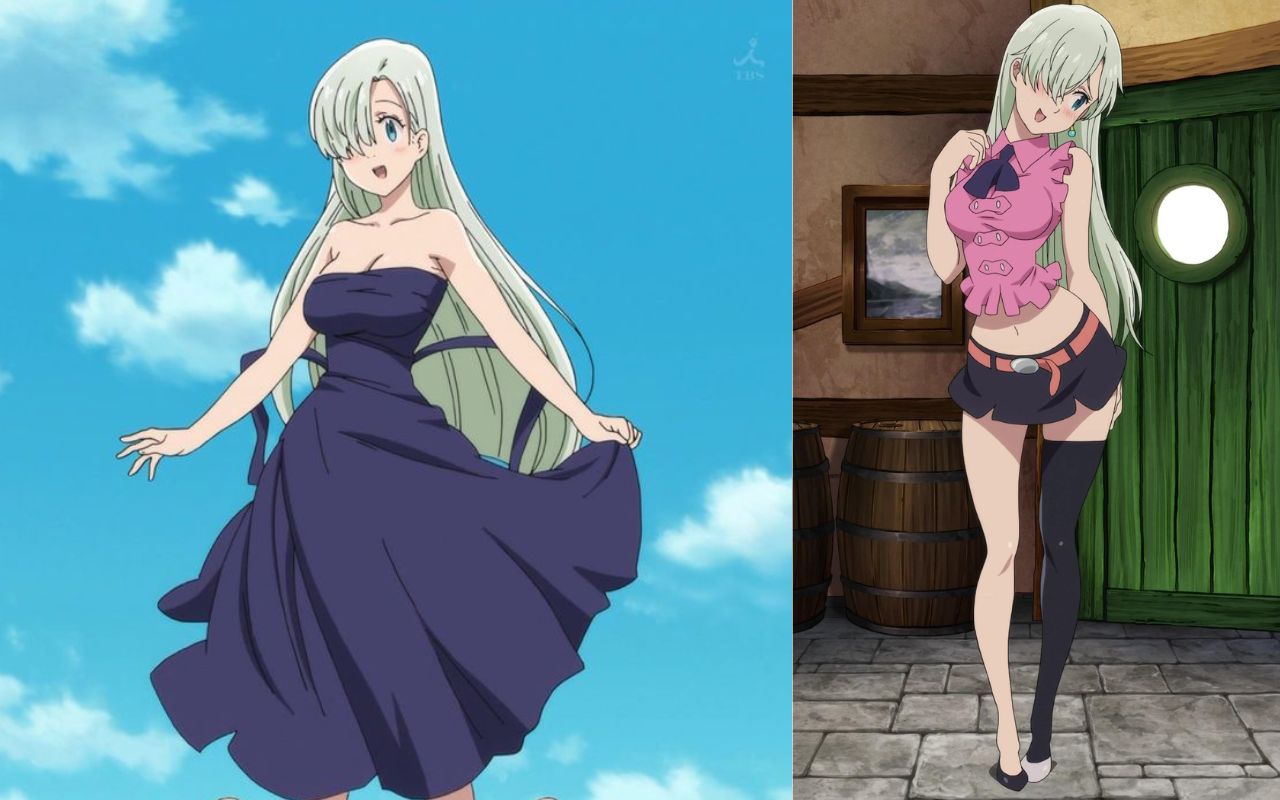 Being the princess, she is very well-mannered and polite. Also, her looks never cease to attract the audience despite the situation she is in. Her good deeds, will, and chemistry with Melodias makes her one of the most popular white hair girls in anime.

Naruto Fans don’t need her description, but for others, she was the first wielder of the chakra (internal powers) on Earth. A member of the Otsutsuki clan, she was the one reason for every event of the naruto series. After eating the fruit of the chakra tree, she became the ultimate source of power on Earth and dominated every civilization. Until she was killed by her sons to stop her dictatorship. 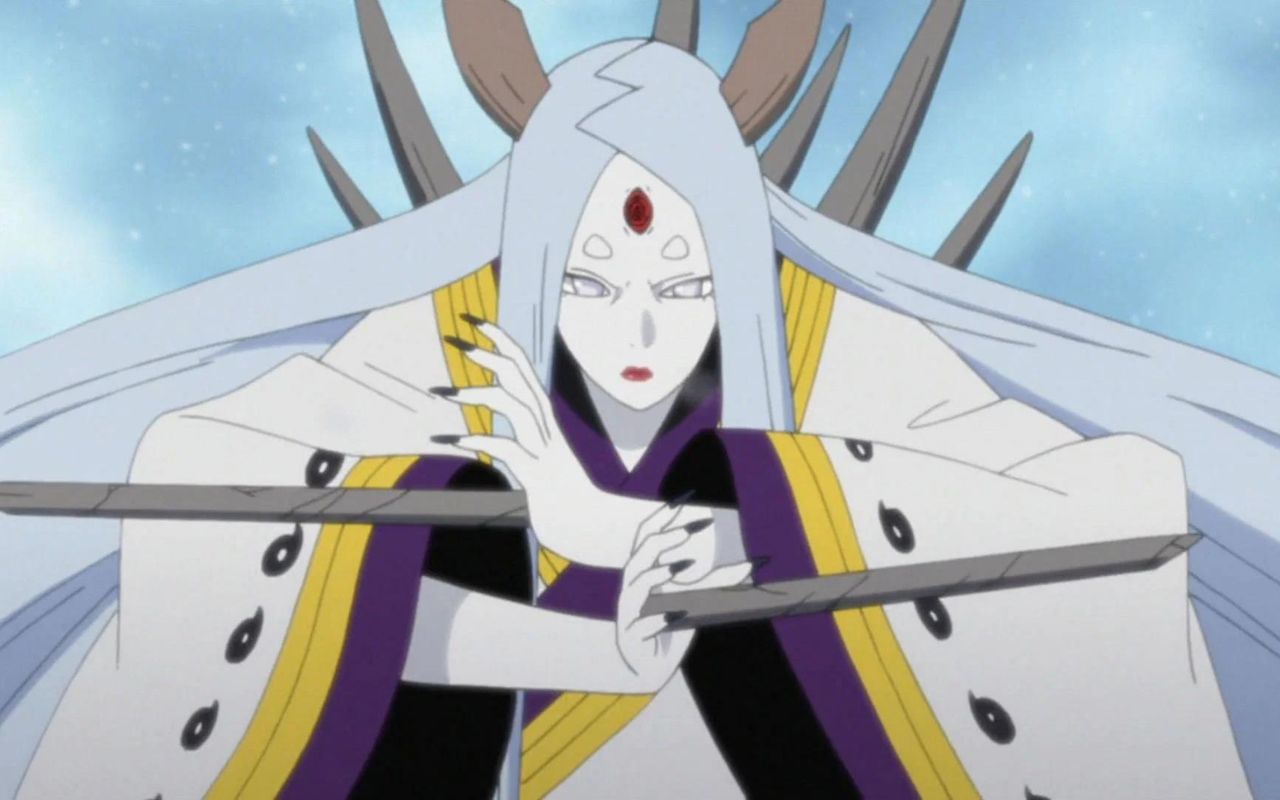 Kagaya is known for taking Naruto and Sasuke head-on in a fight, which only a few characters managed to accomplish in the entire series. Also, she was the strongest character in the anime. Her white hair and eyes give her an appropriate look of the final villain and enhance her visibility as a character. Naruto is an epic anime! She is the root of all that adventure, that’s why she was sure to be on the list of most popular white hair girls.

ALSO READ:  What Episode Does Kaguya Ōtsutsuki Appear For The First Time?

Not every female character is cute and gentle in anime, that’s also the case for white-haired ones. Neferpitou is one of the antagonists in the anime HunterXHnuter. She is the Chimera Ant hybrid and one of the strongest among those who learned to use Nen. She was also the first born Royal Gaurd of the king and had an abundance of Nen. 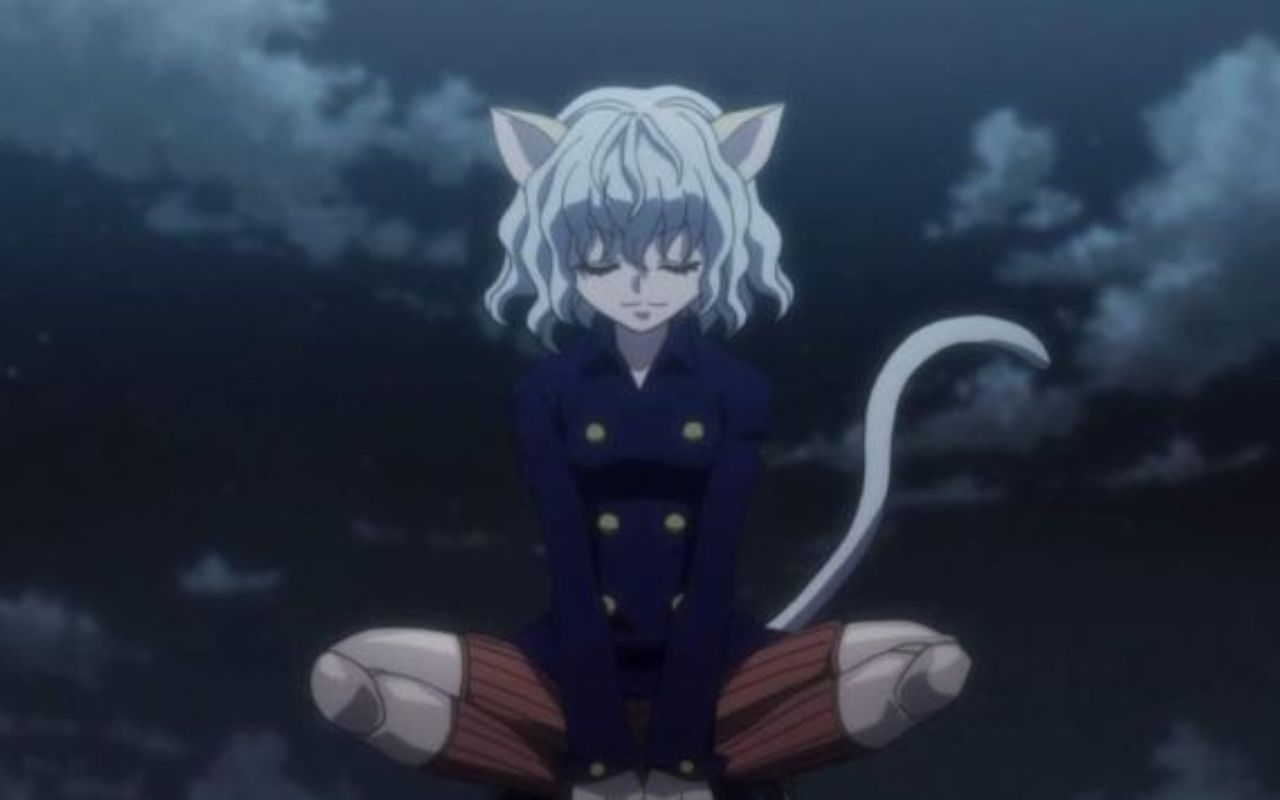 Her life was so short that she was killed by Gon a month after she was born. But in that brief period, she manages to learn Nen and killed a double-star level Hunter in her first encounter. No one knows what would have happened if she would have lived a few years more! She was the only female among the three Royal Gaurd but also the strongest. She was a great presence in all the Chimera Ant arc and one of the fearsome opponents in the entire series.

Also Read:  Hunter X Hunter Manga Is Back And The Fans Are Excited

Another white hair girl with a strong will. Canaan is the protagonist of the series named Canaan and is a ruthless mercenary of Shangai. She is also the lone survivor of her village, destroyed in the wars of the Middle East. Her short white hair and muscular physique separate her from others on the list. 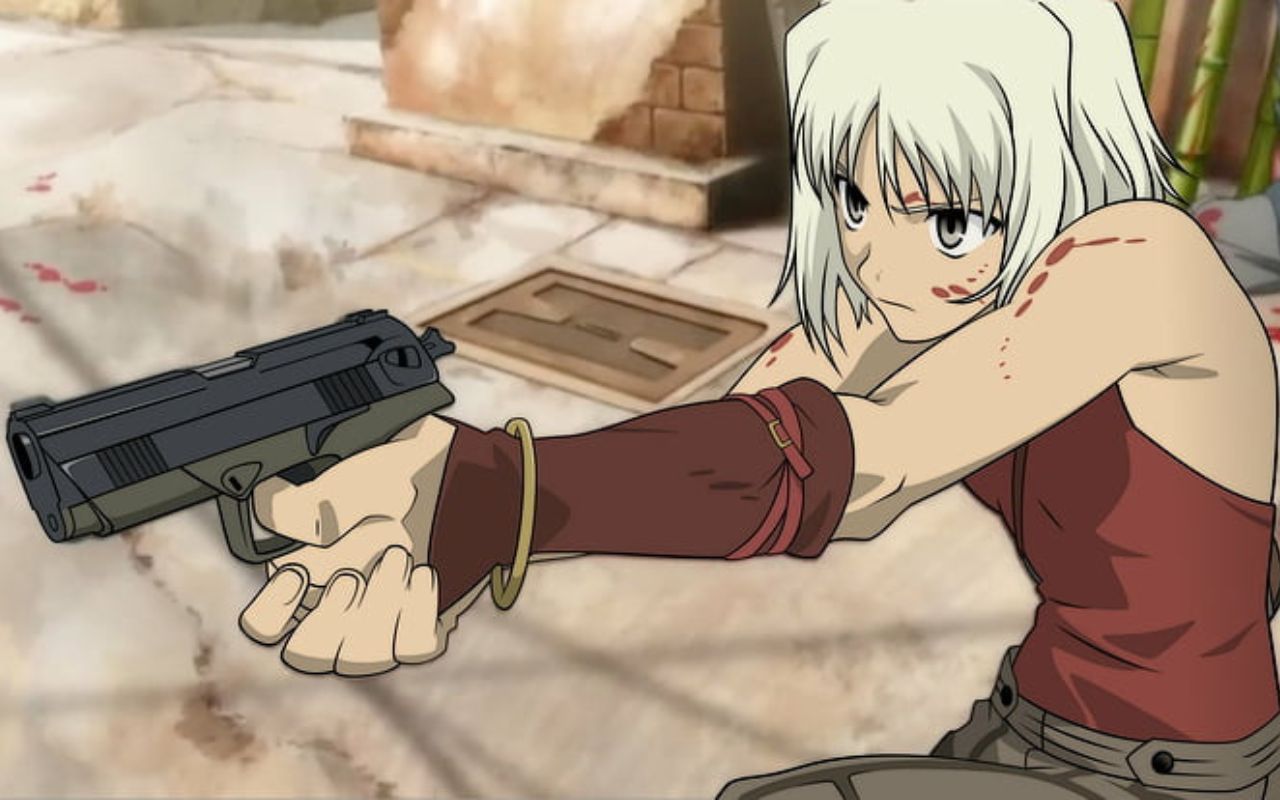 On her quest to revenge on her master Siam she made a lot of fans. She doesn’t have superpowers like others on this list, but characters like her feel realistic and relatable, which other cases fail to show.

Kanade Tachibana is a supervisor of the anti-stress squad and the president of the student council. Her character was pure and completely devoted to helping the students graduate from college stress freely. She was also given the nickname Angel by the students due to her appearance and nature. 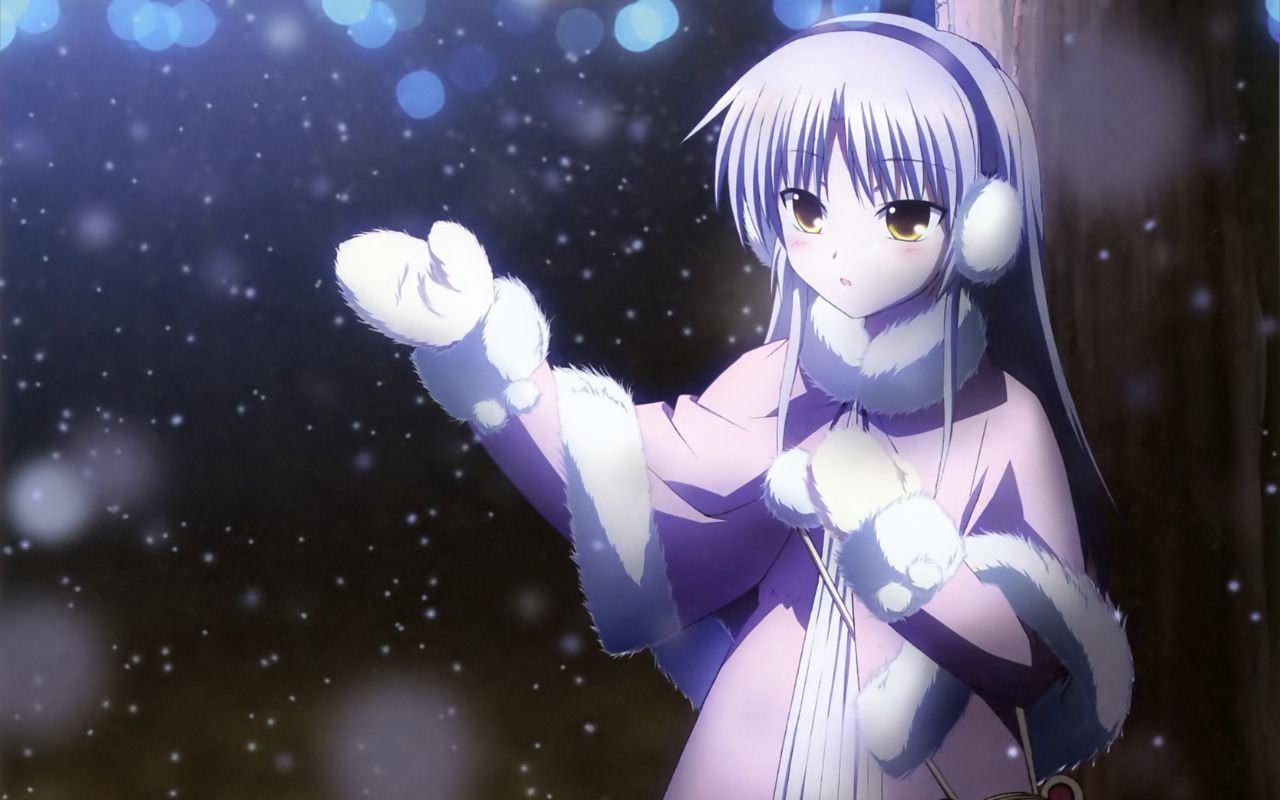 Why Not, She is so cute and a small white hair girl, anyone will say her angel. She was always targeted by the Afterlife Battle Front (an anti-angel organization), but despite that, she always move forward and fulfilled her duties whatsoever.

Oh! Yes, here comes another Boom Boom. Najenda is the Leader of the assassin group named Night Raid. Her strong appearance reflects in her metal arm and her eye patch.  Her short white-haired is one of the things that amplify her presence in the anime and gave her a badass look. 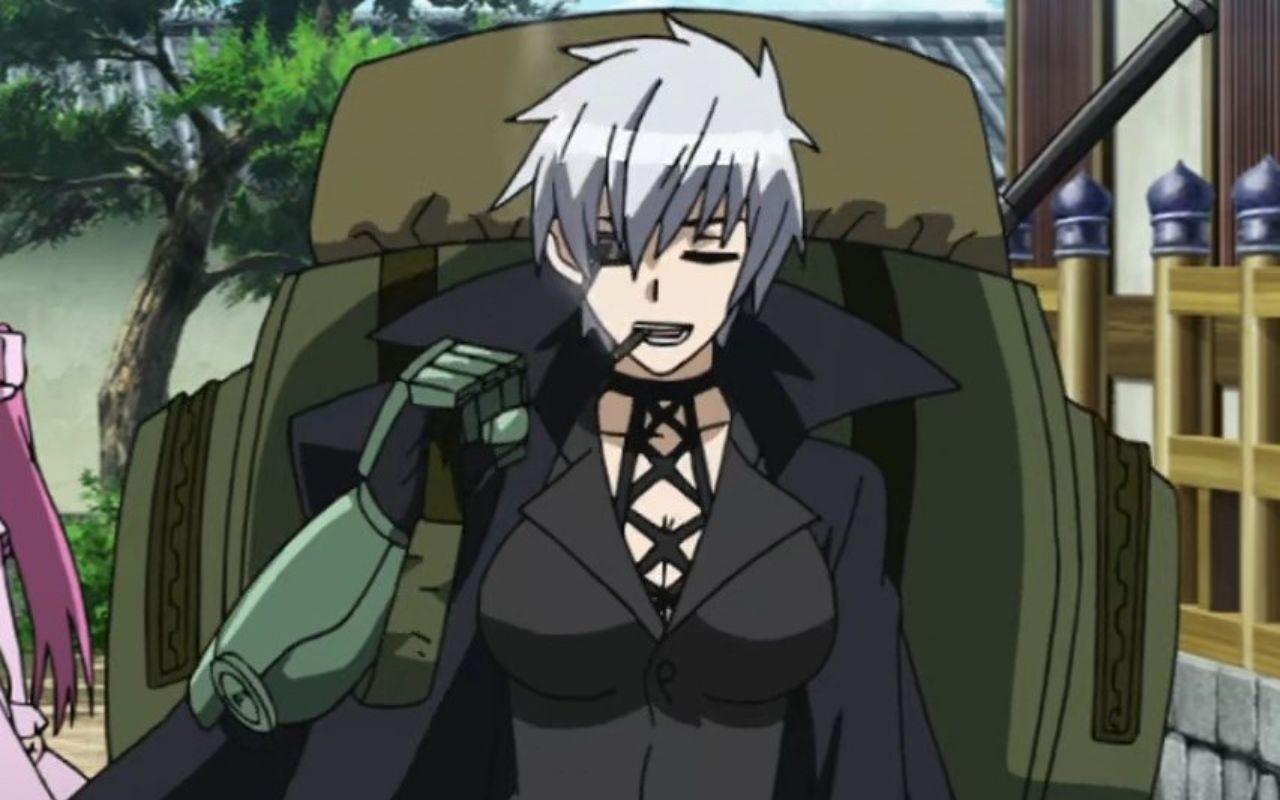 Due to her strong appearance, she was nicknamed The Hunk of the Rebellion. Due to her services as the general of the empire, she is cool-minded, good at taking strategic decisions, and very hard to fight. It’s one of her habits to crack weak jokes, it’s also one of the reasons for her popularity.

Koneko Toujou is the female protaganist of High School DxD. She is one of the cutest white hair girls on this list. Koneko’s real name is Shirone, she is a Nekoshou, a rare species of Nekomata. She is in her second year and a member of the Occult Research Club. 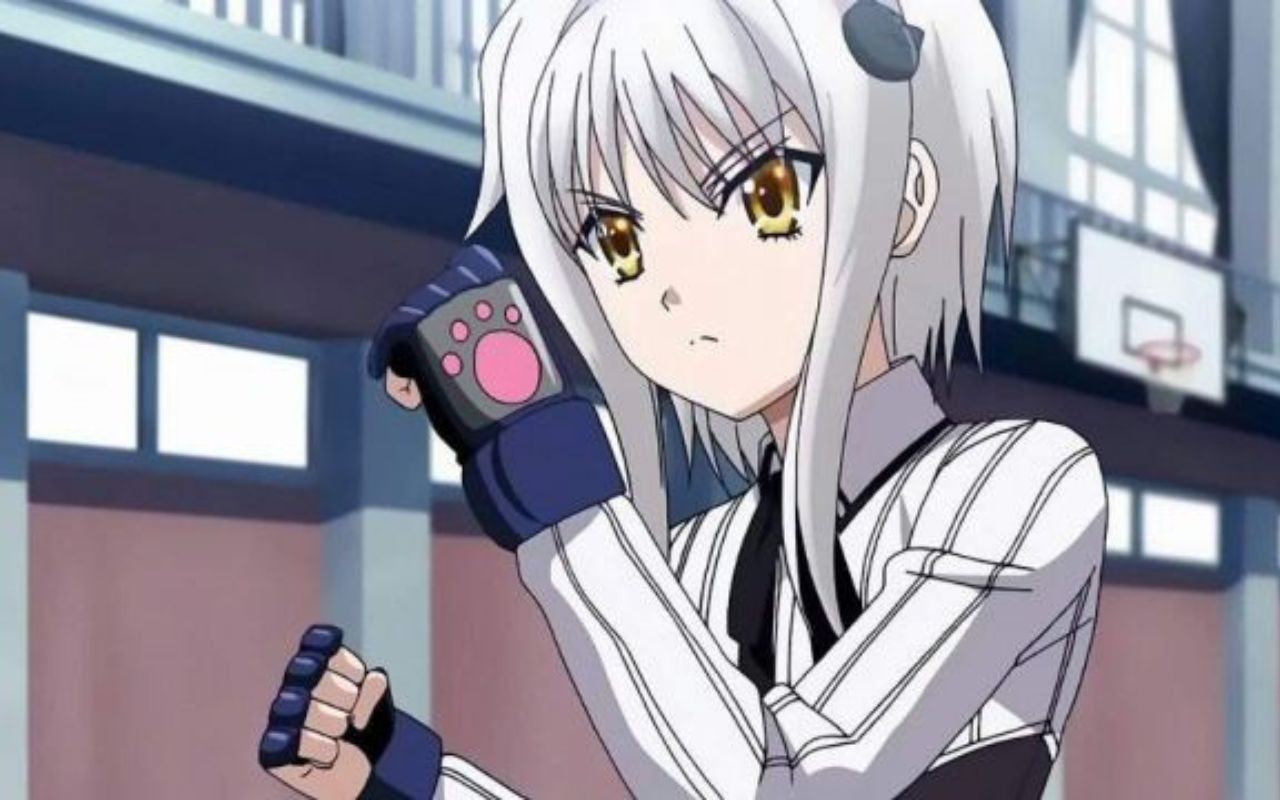 Her popularity skyrocketed with the release of High School DxD and instantly become the fan-favorite. She is powerful and skilled but chooses to remain silent due to her past experiences. Her appearance changes with growing two cat ears and a cute tail during her fight mode.

Tomori Nao is a girl you do not want to mess with. He is the protagonist of the anime Charlotte. Her appearance is as much beautiful as much loud mouth she had. She is head of the student council at Hoshinoumi Academy despite being just her first year. 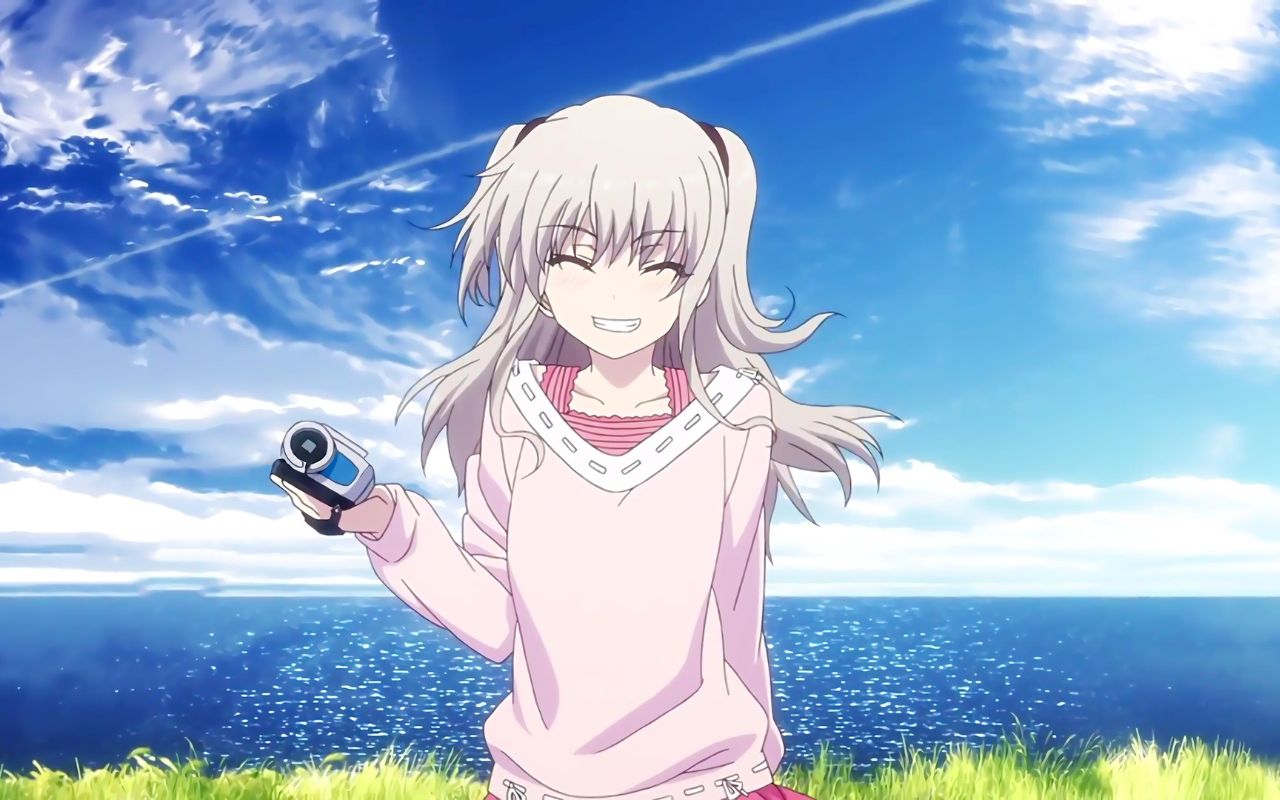 She is smart, proactive, and a girl with a temper issue. She can be identified by her two ponies of her white hair and cute smile. Of course, she gets angry quickly and is a big fat liar, but her heart is pure and good deeds in her mind.

We are listing the top 10 most popular white hair girls in anime, but a girl can also be no human right! Isla is a humanoid robot with artificial intelligence made by SAI. She was claimed to be their best work till now. Her appearance is of a 9-year-old girl with wight hair and red eyes. That’s why the show is called plastic memories. 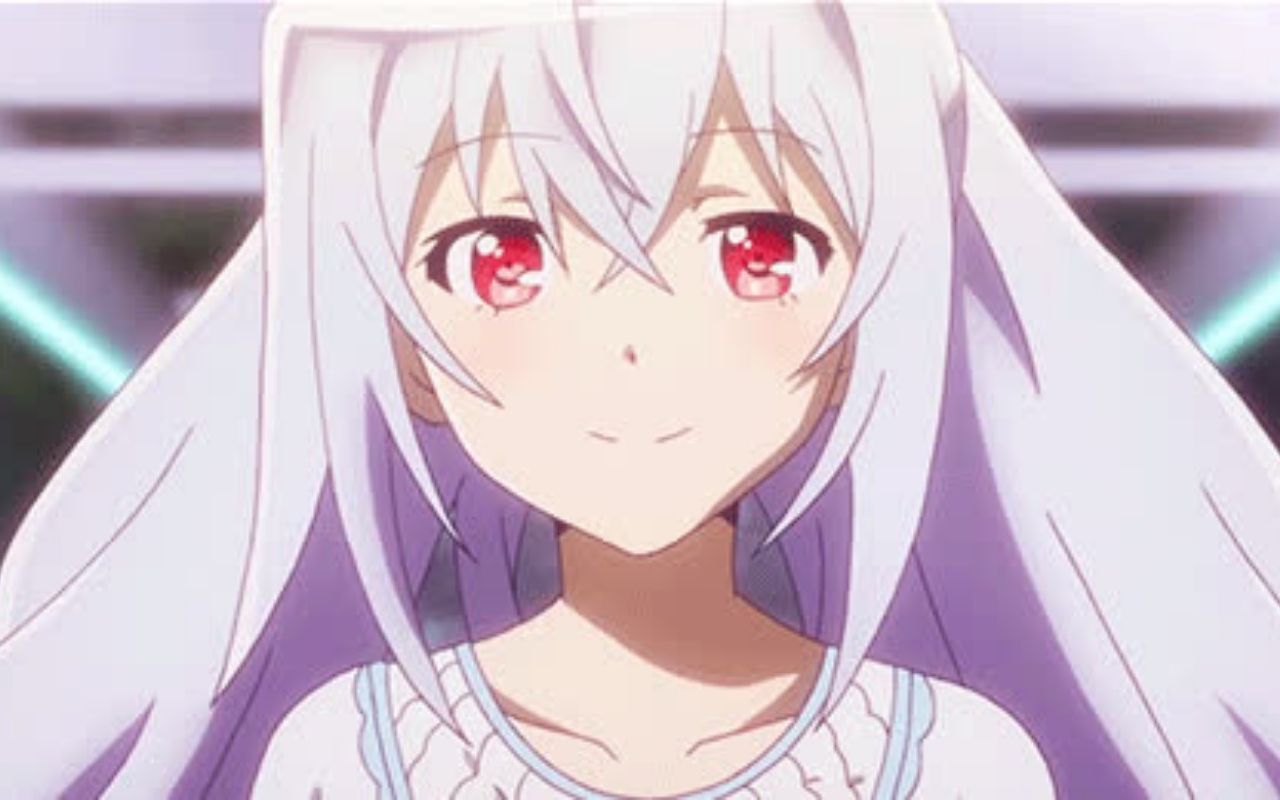 The protagonist falls in love with her, knowing well that she is a humanoid robot. He tries to get into the company where she was manufactured in an attempt to get close to her. The story is pretty amazing, and the girl is cute too.

Alice Nakiri is a student of the 92nd Totsuki Generation and was the 6th seat of the Elite Ten Council. She is also one of the main characters in the series. She has short white hair on her pretty face. She is a member of Nakiri members, a well-known family in the food society. She finds herself in a continuous thought to carry on her legacy. 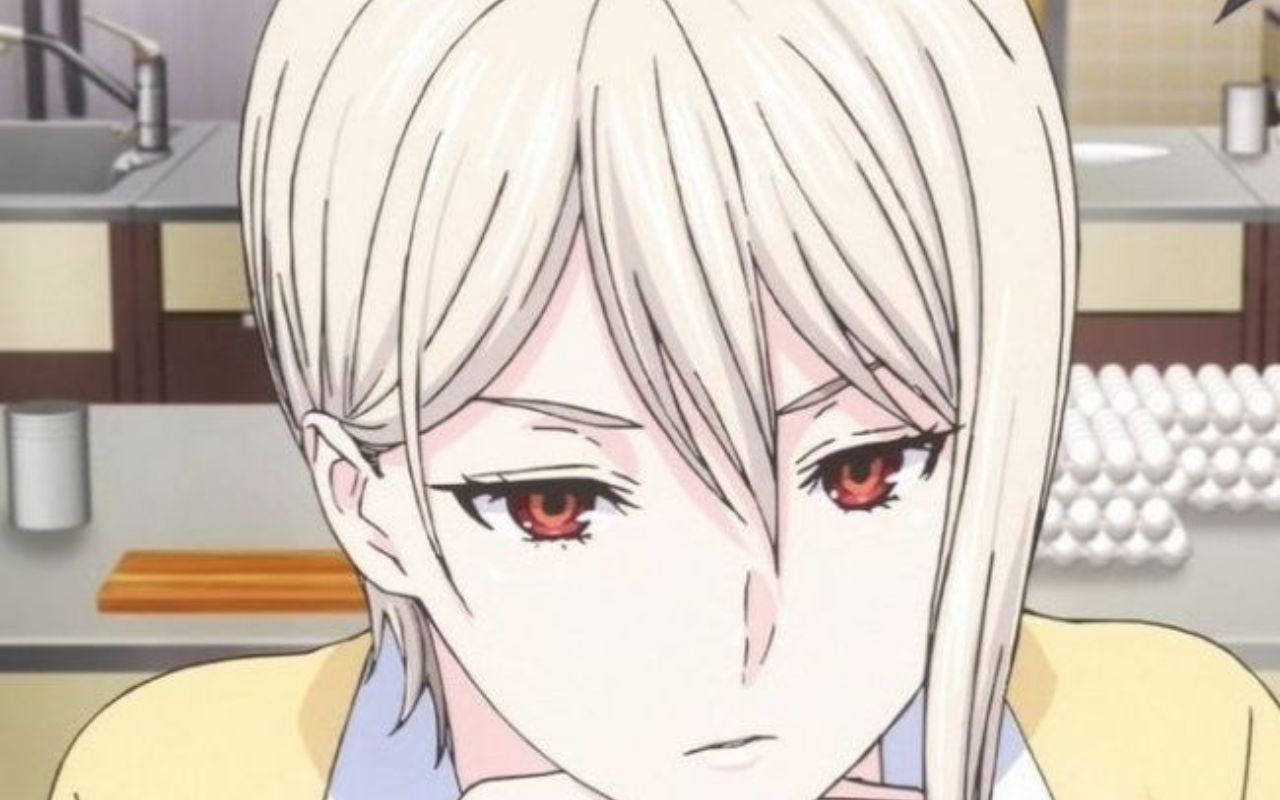 She is an experienced aspiring chef and is a goal to be reached for her competitors. But she also finds herself demotivated and jealous sometimes seeing the aspiring new chefs and her classmates.