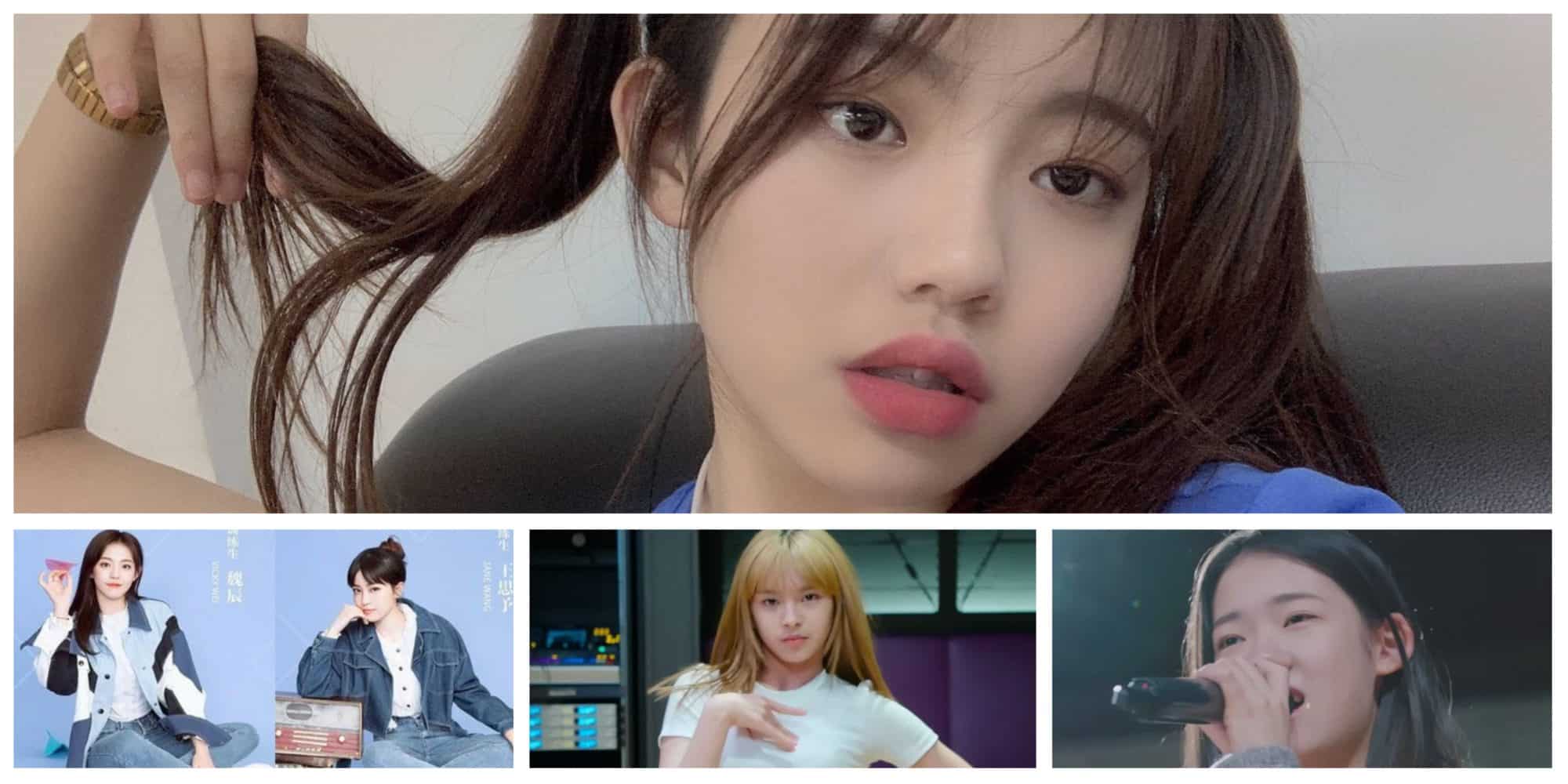 YG Entertainment is now coming up with the upcoming 2023 K-pop girl group BABY MONSTERS, also known as BAEMON. The seven members of the group are ready to launch in the new year of 2023.  The craze of K-pop idols can be seen within fan followings, and in other words, the army is increasing day by day. Here is a new, fresh group of K-pop that might also come with many surprises and creativity.

According to media reports and data, YG Entertainment formally registered the name of the BABY MONSTERS group. YG Entertainment agreed that the group would be launched in 2021, but due to unavoidable circumstances, it was delayed and is now ready to launch in 2023. 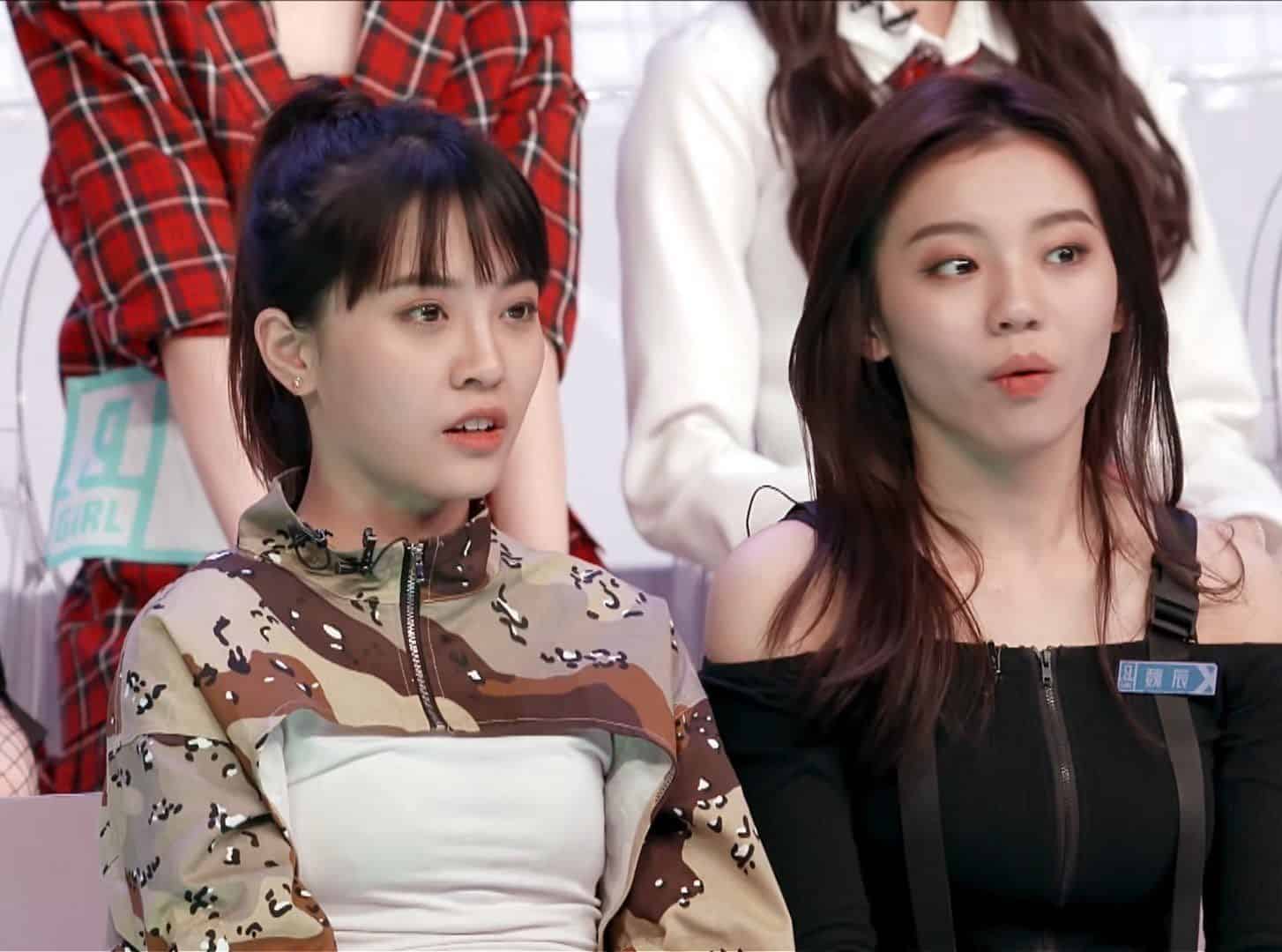 The first member we would like to talk about is here: Pharita, whose stage name is also Pharita. Her birth name is Pharita Chaikong. She is 18 years old, according to her birth date of August 26, 2005. Thailand is her birthplace and place of origin. As per her previous data record, she also had a profession as a model, where she achieved well, but now she will be a member of the Babymonsters. 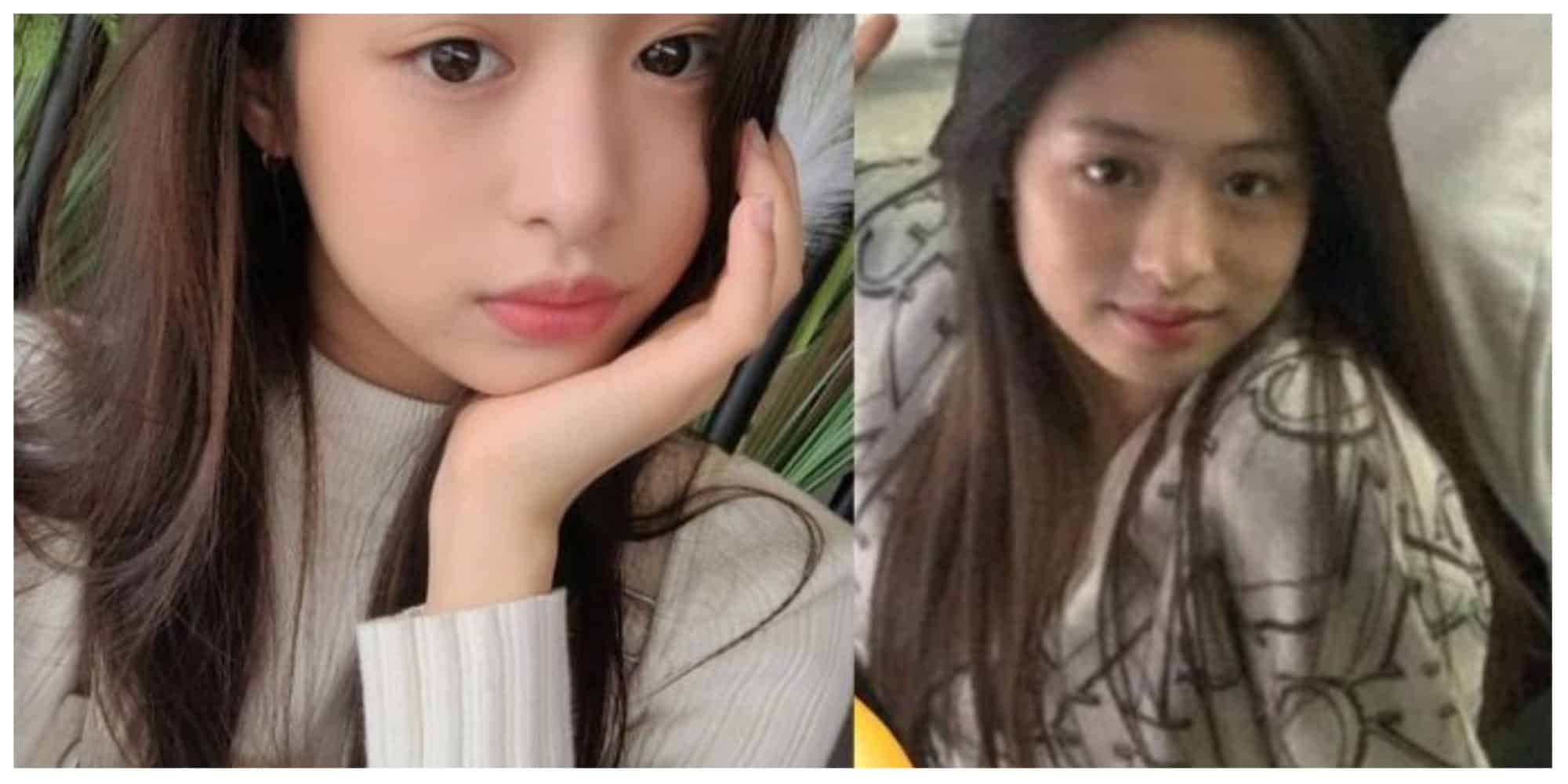 As per records in the media, it is not clear what her height is for now; there are no updates on it. She will be the permanent K-pop idol of the Babymonsters group, as the K-pop group will be launched in 2023.

Her fan base values her as a good performer from her previous modeling career, and there is no doubt that she will not disappoint her fans in the upcoming Babymonsters performances. Let’s see how much magic she can show the fans who are watching and listening.

Ruka is another Babymonster K-pop member, and her stage name is Ruruka. She is 20 years old, as per her birth year of 2002. Ruka is a Japanese K-pop idol with Japanese origins and a native country. 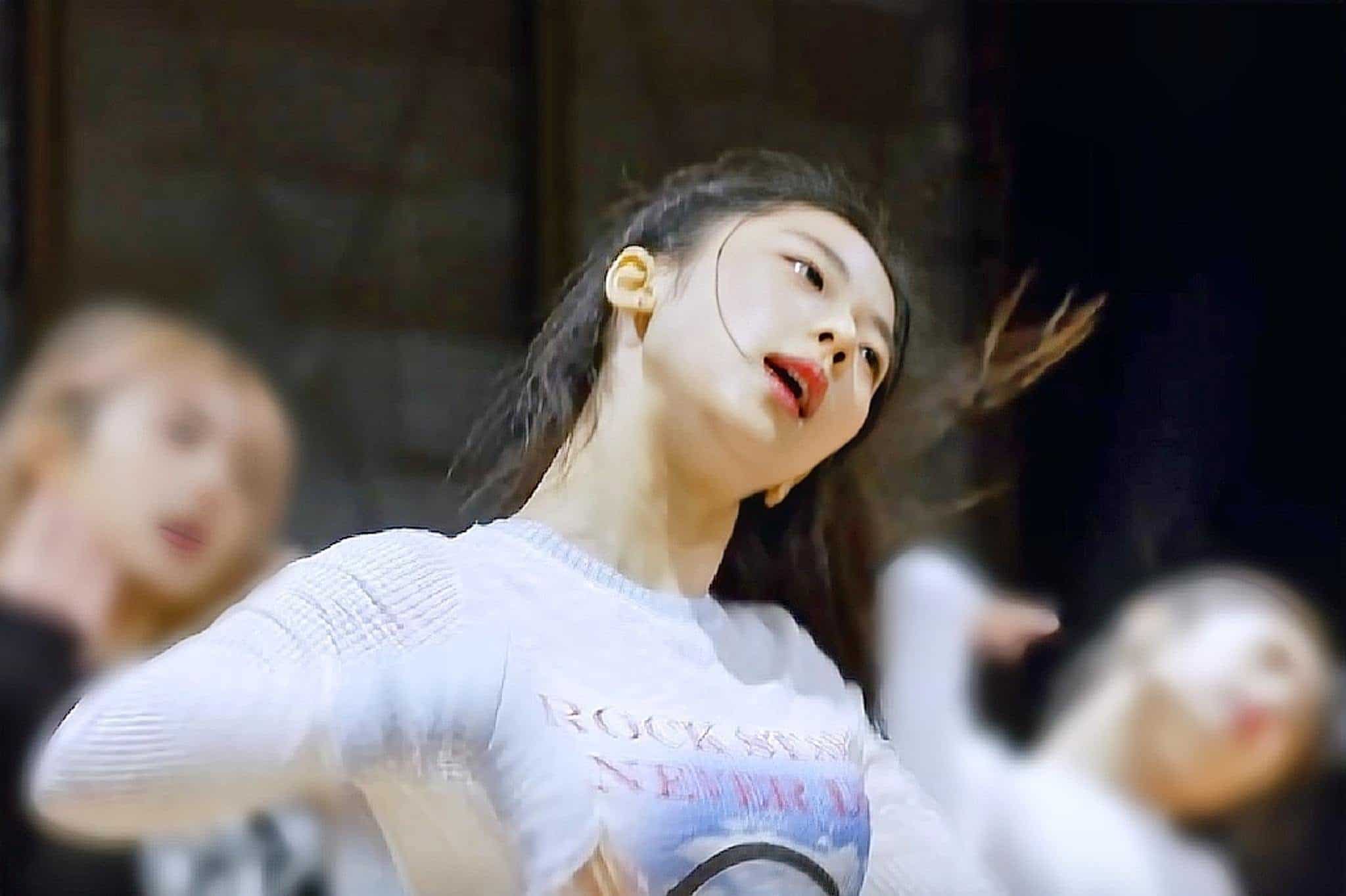 According to the data, she will be the first Japanese K-pop idol since the formation of the Babymoon group in 2003, and yes, Ruka will make her debut and begin her career journey. Ruka’s height is also not mentioned in the media reports so far, as per the update.

Asa is the first Japanese native among the seven members of YG Entertainment’s Babymonsters group, which will debut this year in 2023. Asa’s stage name is the same as Asa, and her birth name is Sakamoto Asa. Her height has not yet been confirmed, but we can estimate it to be around 162 cm. Dancers’ positions mainly maintain a height factor above 162 cm in K-pop idols. 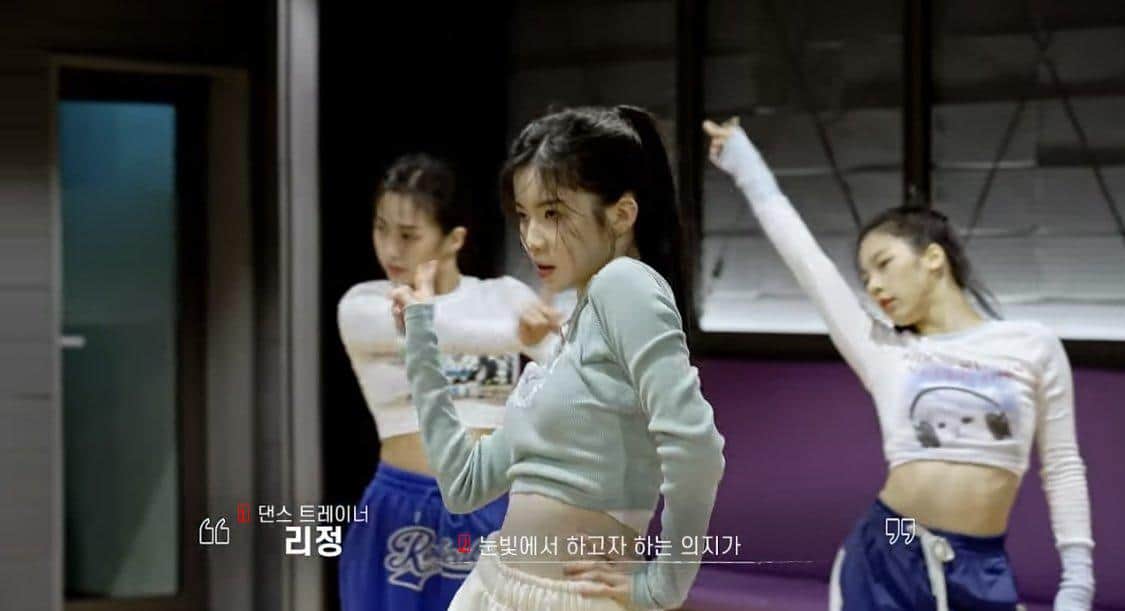 Asa is 18 years old, according to her date of birth, which is in the year 2005. We’re guessing she’s one of the Babymonsters group’s youngest members.

It was recorded, per the media, that she used to be a musical singer in the past and was basically from Japan. As she is the youngest member of the K-pop idol group, Asa’s dating history and current dating life are not clear.

Haram is another K-pop idol of the Babymonster group, where stage name is the same as Haram’s. Shin holds the members’ vocalist and dancer positions. Haram is currently 16 years old, according to her birth date of October 17, 2007. She is also one of the teenage members of the group and is too young to start a K-pop career. 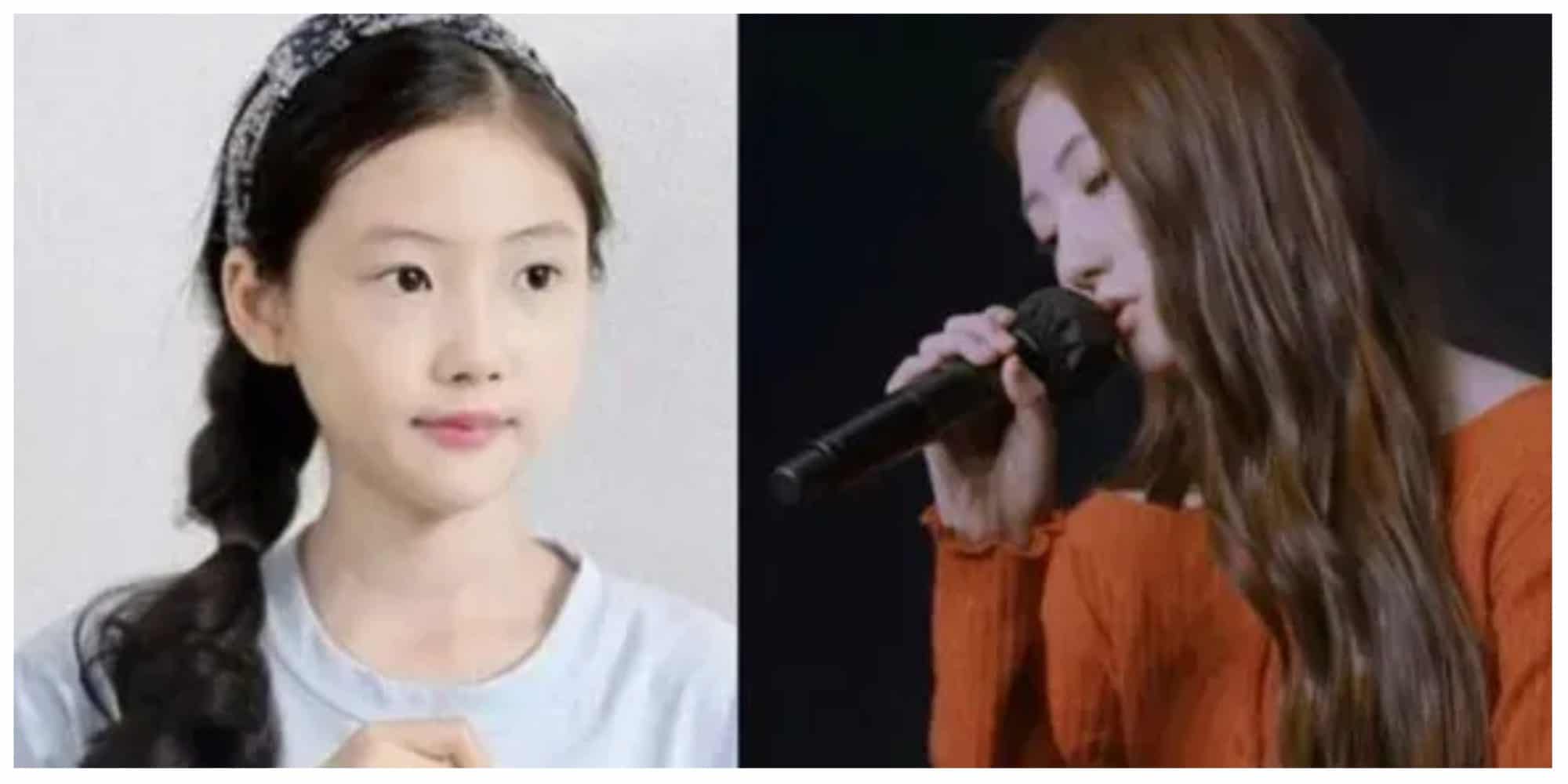 Haram was always in the industry, as she was a child model before joining the K-pop industry as a vocalist and dancer. She has done many commercials as a kid model and a few acting scenes in movies or shows. Haram actively participates in sports and has a keen interest in active games too. She is also a big fan of dancing, which is why she might go for a dancer position in Babymoser’s kpop career.

According to her dating life, all K-pop idols are reluctant to share their relationship status in the media because they have a policy of keeping their personal lives private. It is unknown whether Haram is single or engaged, as most kpop idols prefer to keep their private lives private when it comes to publicly declaring their partner in the media and to fans.

Jung Ahyeon is a member of the K-pop group Babymonster; her given name is Ahyeon, and she was born Jung Ahyeon. Jung’s position on the team is as a vocalist and dancer. She turned 16 on April 11, 2007, according to her birth certificate. Her height is not clear or updated for the time being; however, we can estimate it to be around 162 cm. Dancers’ positions mainly maintain a height factor above 162 cm in K-pop idols. 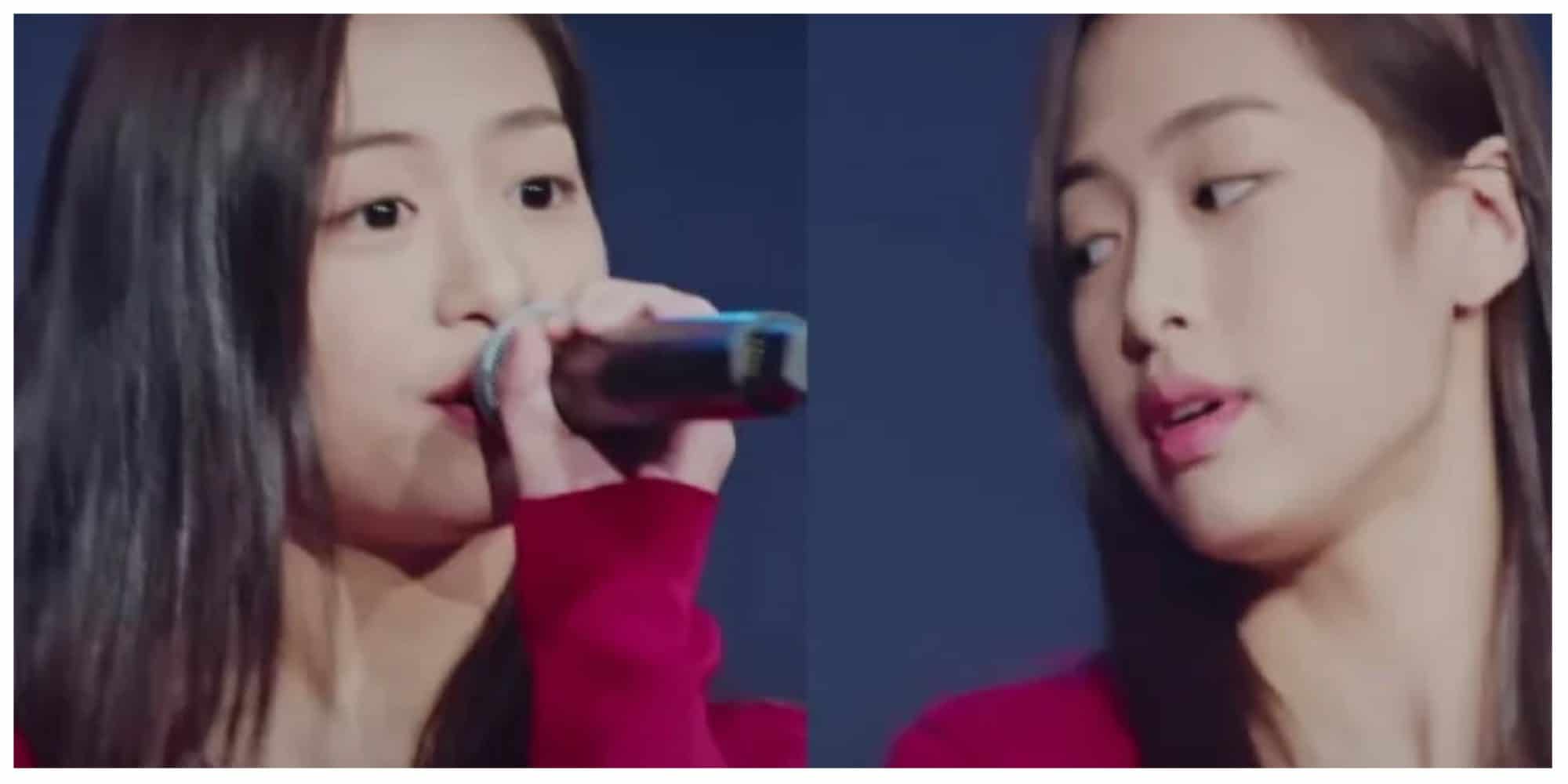 As per the records of her previous job profile, she was also a music singer; she is a hardworking one, as she has trained and worked hard for YG for almost four years, and now she will be a member of it as a member of Babymonsters Jung Ahyeon is single and maybe concentrating on her career.

Lee was born in the year 2008 and is too young to begin a K-pop career, and we assume she is too young for her kpop career and talented. 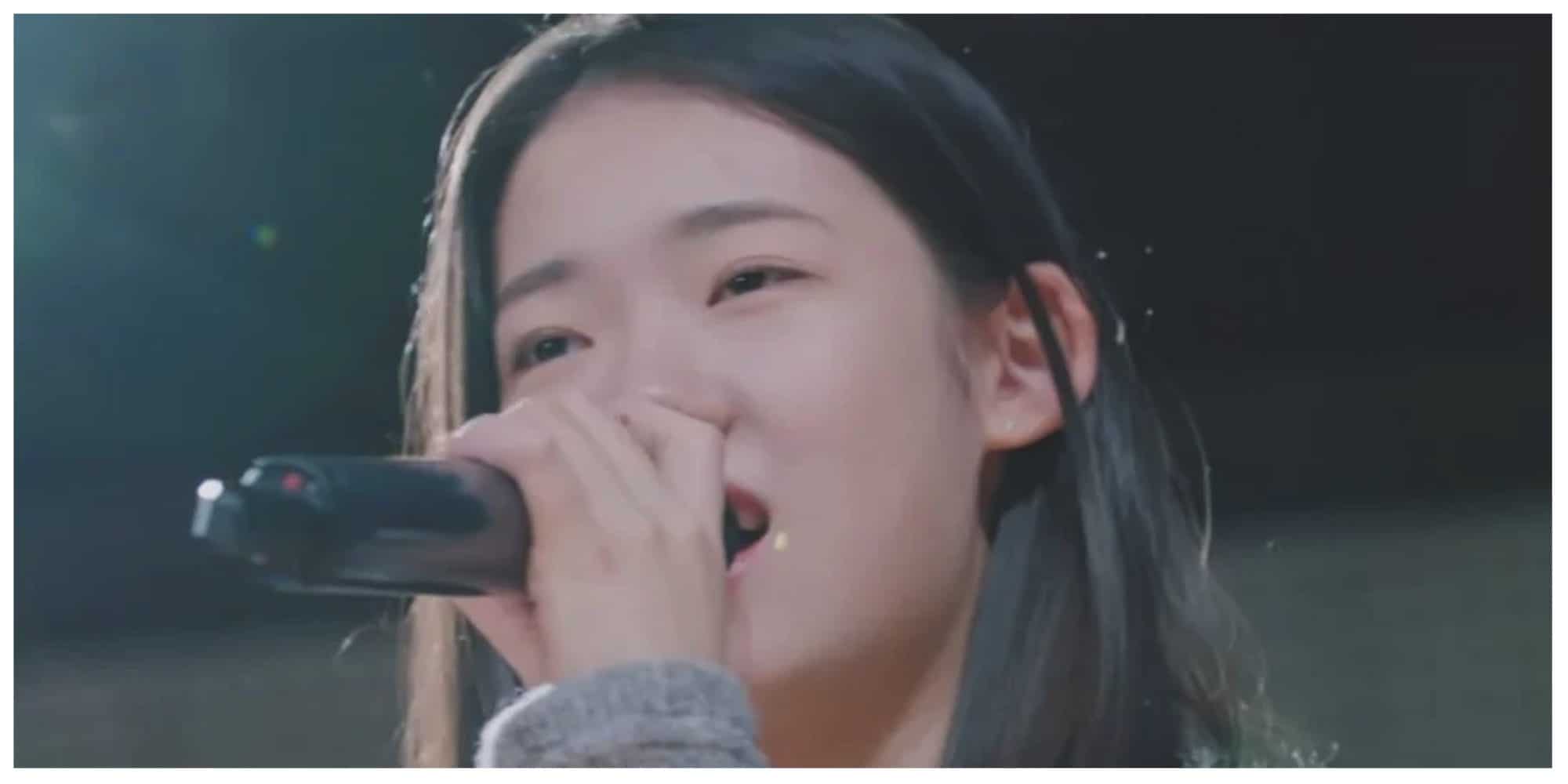 Lee Dae’s height is unknown, as is her current position, which has not been updated on media platforms. Her previous job profile was in the U.SSO girl group, as well as being a part of a music video for a Weibo Chinese video.

As of now, Dain is only 14 years old, and she is not active on any social media platforms. She is single and is not dating anyone right now. At this young age, Dain is focusing on her career as she will be a permanent member of the Babymosnters kpop group, which will officially launch this year as of 2023.

Chikita is another K-pop member of the Babymonster, and here her birth name is Canny Phondechaphiphat. Her stage name is Chikita. She is the team’s second-youngest member at only 13 years old. Chikita was born on February 17, 2009.

Maknae is in her position in the Babymonsters’ kpop; she is a good performer for someone her age. Her height is not out there in the media and has not been confirmed until now. Chikita is from Thailand, and according to the data, she is the second Thai member of the K-pop Baby Monster team after popular K-pop group BLACKPINK’s Lisa. 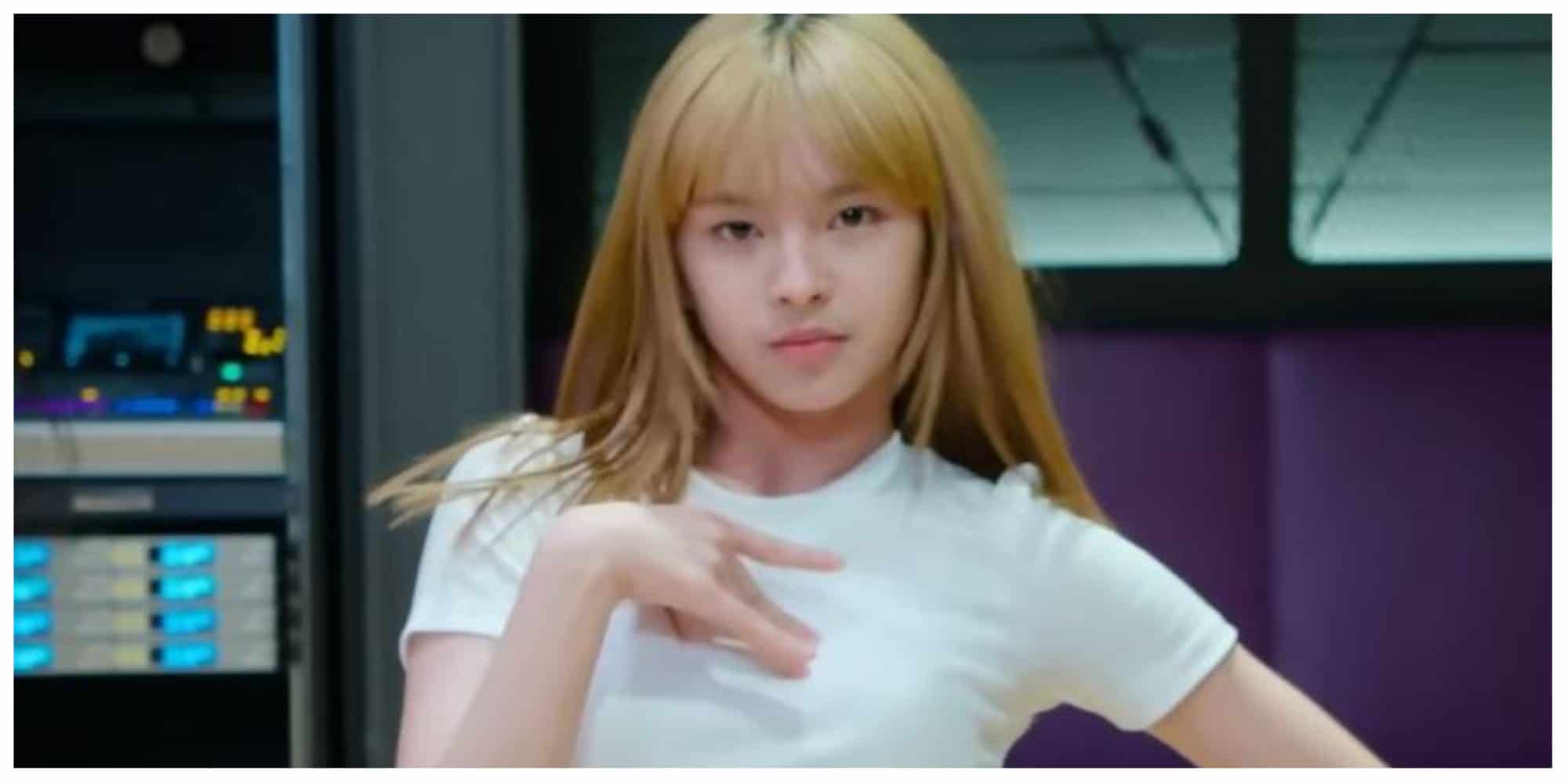 According to Chikita’s history records, she was one of the Red Rose Group members. We believe she is learning from the best, and she will deliver the best to our members.

We believe she is learning from the best, and she will deliver the best in Babymonsters’ 2023 launches and debut. The fan following of Baby Monster is, I guess, hoping for the best from its youngest members, who are here with the best energy and potential.

Chikita is only 13 years old now, and it is well confirmed that there are no records of her in the media as she is not dating anyone currently. So for now, we guess she is focusing on her career and energy.

The stage name of Jane Wang is “Jane,” and her formal and real name is Wang Siyu. Her Korean name is Wang Sayeo. Her position in the Babymosters group is as a vocalist and dancer, which she performed very well.

As for K-pop heights, they are a fundamental factor, and those who will be performing dance performances, they must be well-versed in the height factor, so Jane’s height is 165 cm. Jane is 24 years old. As per her previous record, it has been seen that she is from Beijing, China. She appeared in the second season of the Chinese reality series titled “Youth With You 2.” She appeared on the program using the name Jane Wang.

Her acting skills were well appreciated in the series titled Youth with You 2. According to the data, she will be a member of the upcoming Babymonsters group as soon as she has the opportunity to introduce herself at the beginning of Youth with your second sequel. 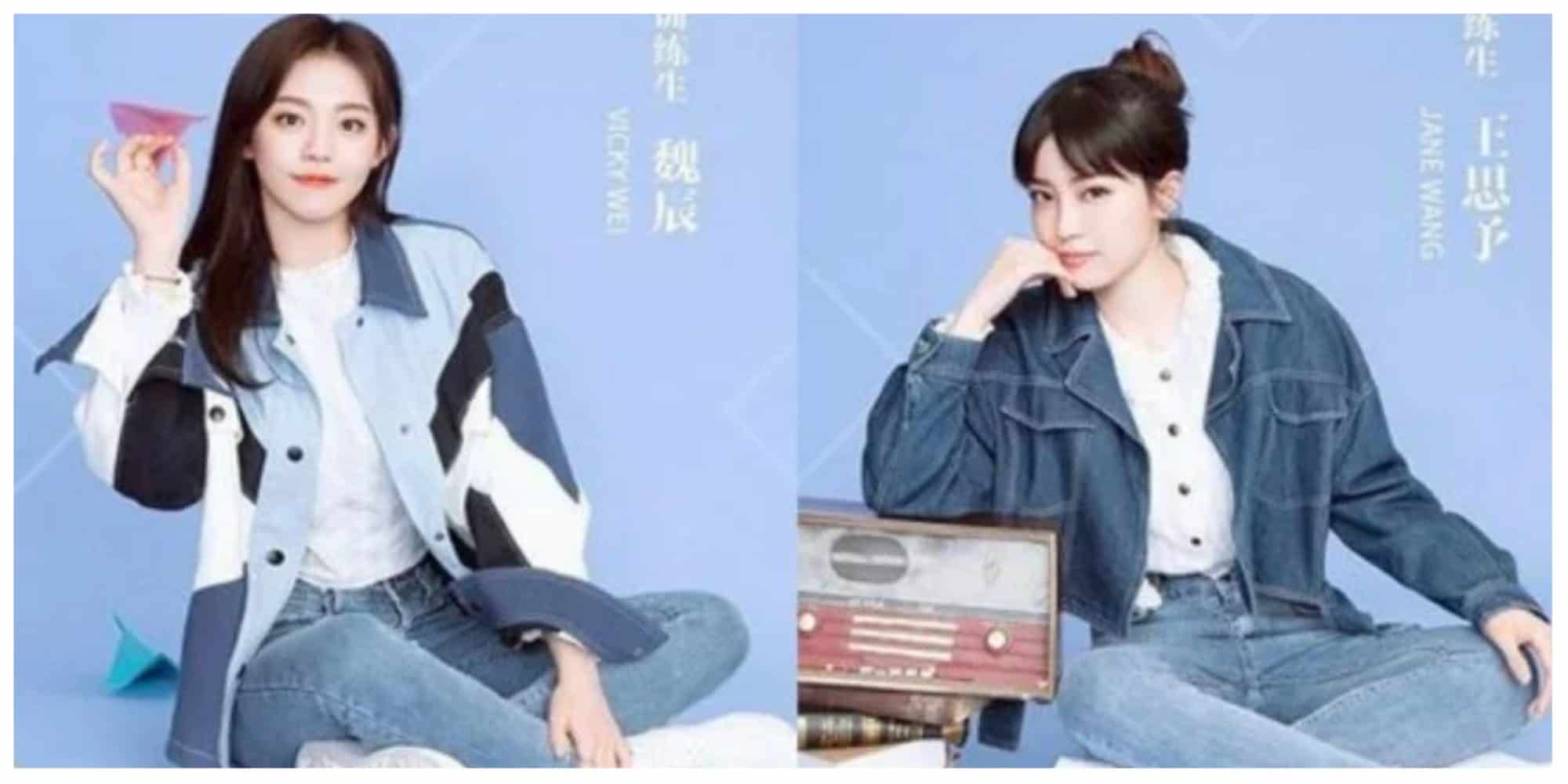 She also confirmed this by declaring that she will be a permanent member of Babymonsters, which might release in the year 2021 but eventually defer to the year 2023, so fans are awaiting their debut in the year 2023.

According to her relationship status, Jane is a low-key person here who doesn’t share much personal information with the media or social media platforms. We guess they like being personal about this. Jane’s relationship status is unknown at the moment, but it may become clear shortly.

Jane wang is well-liked by her fans as a result of her strong performance in the previous series title, Youth with You, and there is no doubt that Jane will not disappoint her fans in her upcoming Babymonsters performances. Let’s see how much magic Jane can perform for her fans and audience.

We have our last member of the group, which is Vicky Wei, one of the members of the Babymonsters. Vickey is a native of China. Her birth name is Wei Chen; in real life, she is known among her friends as Wei. Wei’s position in the group is as a rapper and dancer.

Wei is 22 years old and was born on June 5, 2000. Her height is 162 cm, which falls under the perfect factor for a K-pop dancer. As we all know now, she will be a permanent member of the Babymonster K-pop group; before that, she was part of the show Youth with You. According to reports, she was only in the first episode of “Youth” with you 2. 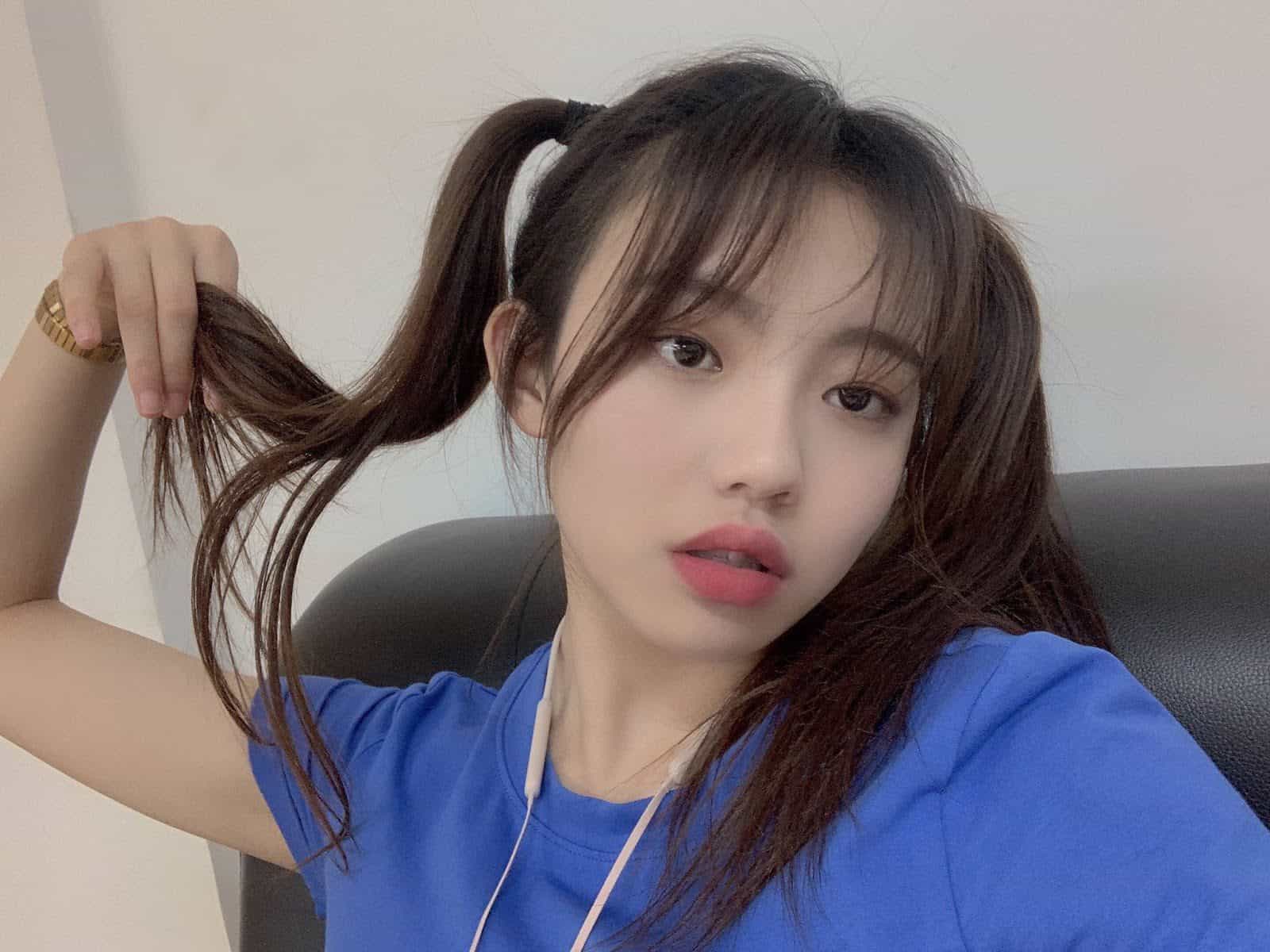 Vicky’s relationship status remains unknown; according to available data, she may be dating someone, but as kpop idols, they keep their personal lives private unless and until it is necessary to bring them up in the media. Here, we can see that Vickey is low-key when it comes to being open about her relationship status.

Vicky Wei is well-liked by her fan base as a well-known performer of the previous series title, Youth with You, and there is no doubt that Vicky will not disappoint her fans in the upcoming Babymonsters performances. Let’s see how much magic Vickey can perform for her fan base and audience.